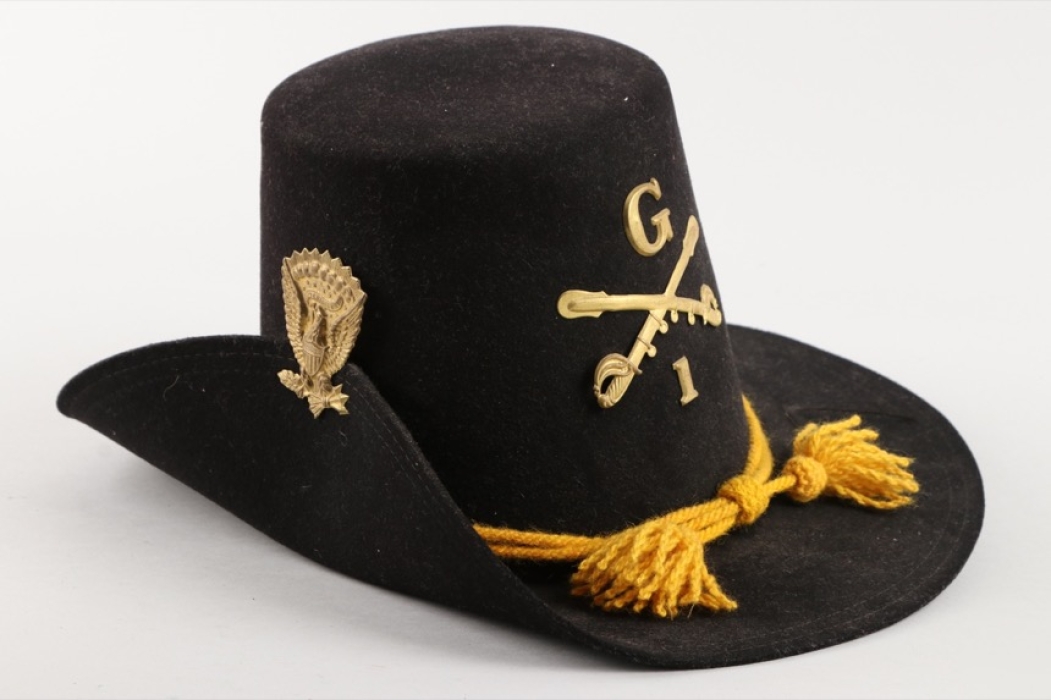 This reproduction Civil War cloth artifact is a very fine example of a complete, 1858-pattern, government issue, mounted enlistedman’s hat as called for in War Department General Orders for March 1858. Commonly called the “Hardee Hat”, this handsome, reproduction article of U.S. Army uniform headgear is in excellent overall condition and complete with all original brass insignia, hat cord and ostrich plume. The base of the crown is surrounded with its cavalry hat cord of two, 3/8” diameter strands of yellow worsted. Hat cord terminates in a pair of two-inch long tassels. Top of hat is slightly curved across the crown. Hat brim is 3” wide and features two rows of fine, black silk evenly sewn along the brim outer edge as called for in enlisted models.

Brim is looped up on the hat’s left side indicative of mounted troops and is anchored with the large, brass spread-winged eagle hat insignia. Exterior front face of crown exhibits a 1” high, gilded brass letter “G”, pinned through the material and turned back. Below the numeral is gilded brass cavalry insignia of crossed sabers with blades up and pinned through the material. Secured to the hat’s right side exterior is a fine condition, black ostrich plume used a decorative trimming.

Early war, Federal Army headgear such as this very fine 1858 pattern cavalry “Hardee Hat” are very scarce today in any condition. This reproduction is a fine replacement for an exceptional rare hat. Comes with reproduction coat and sash. 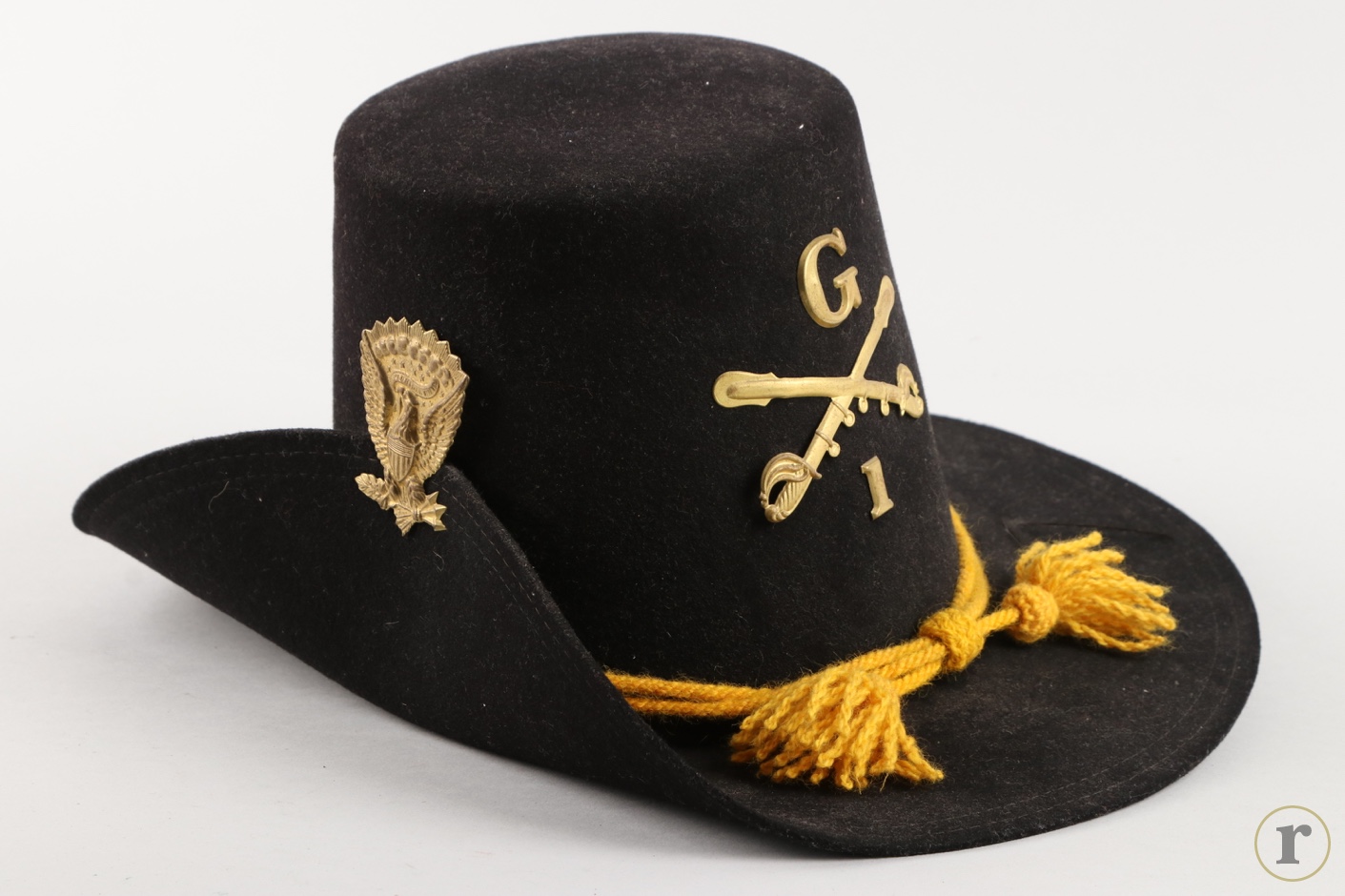 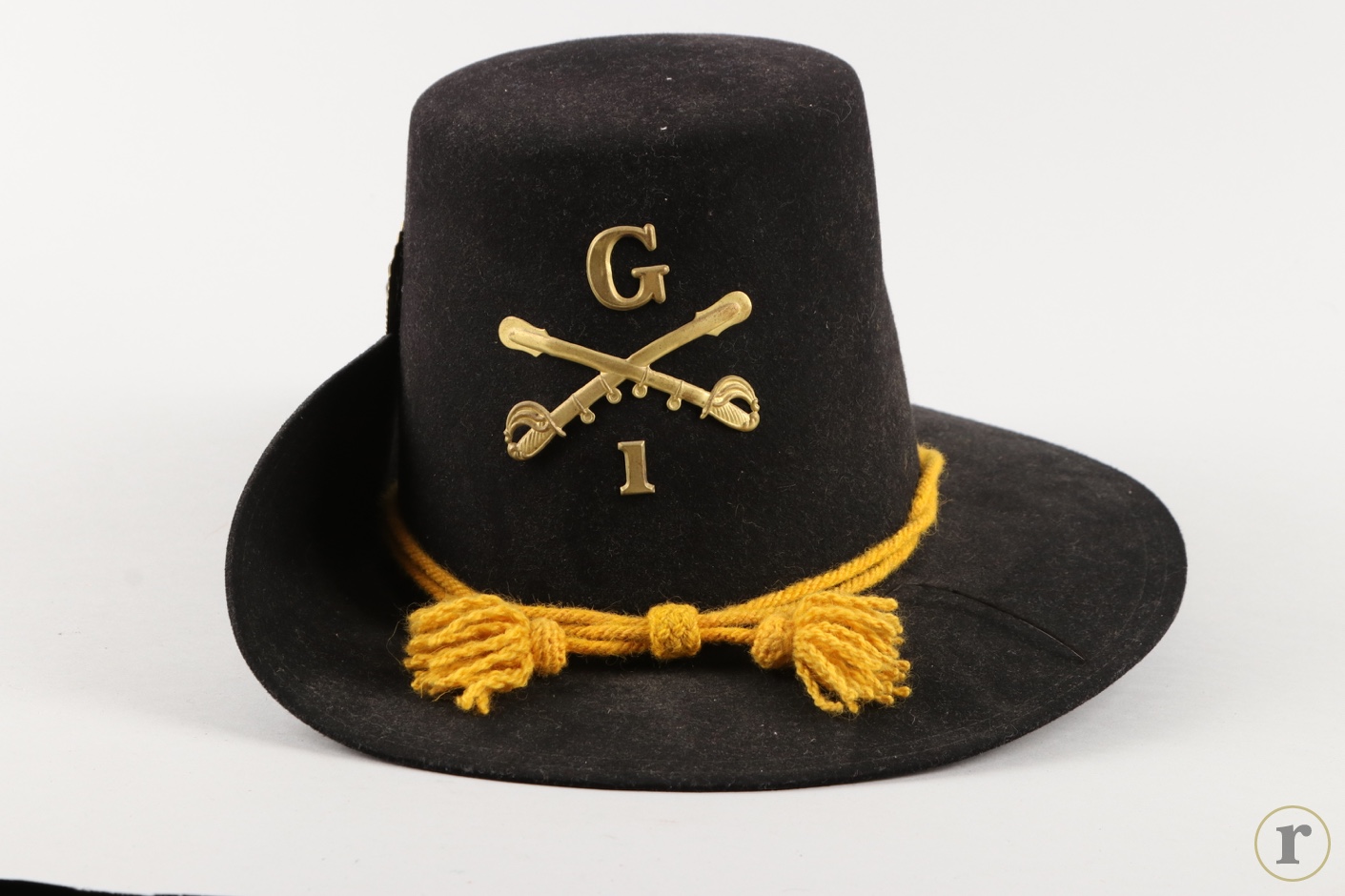 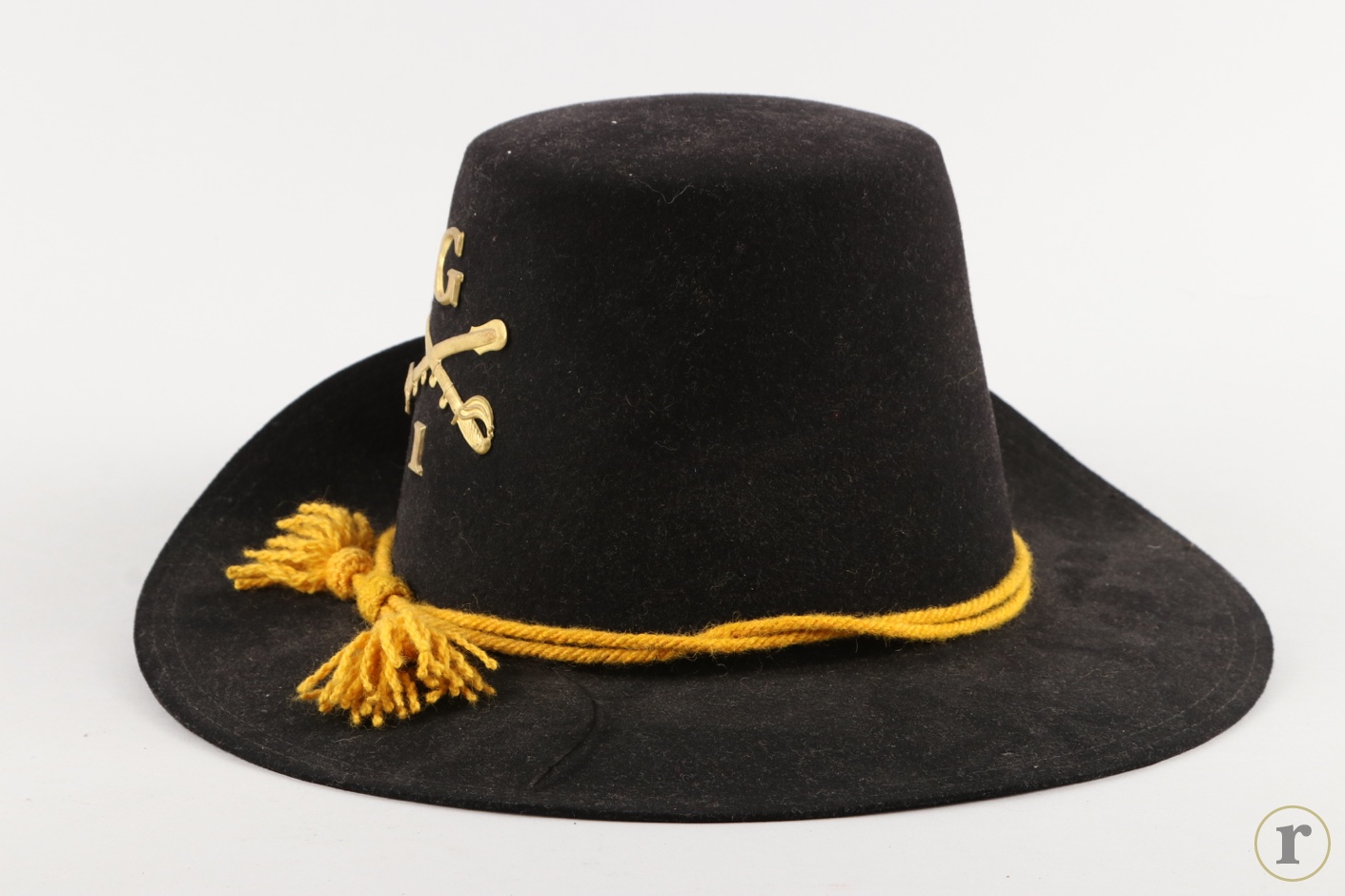 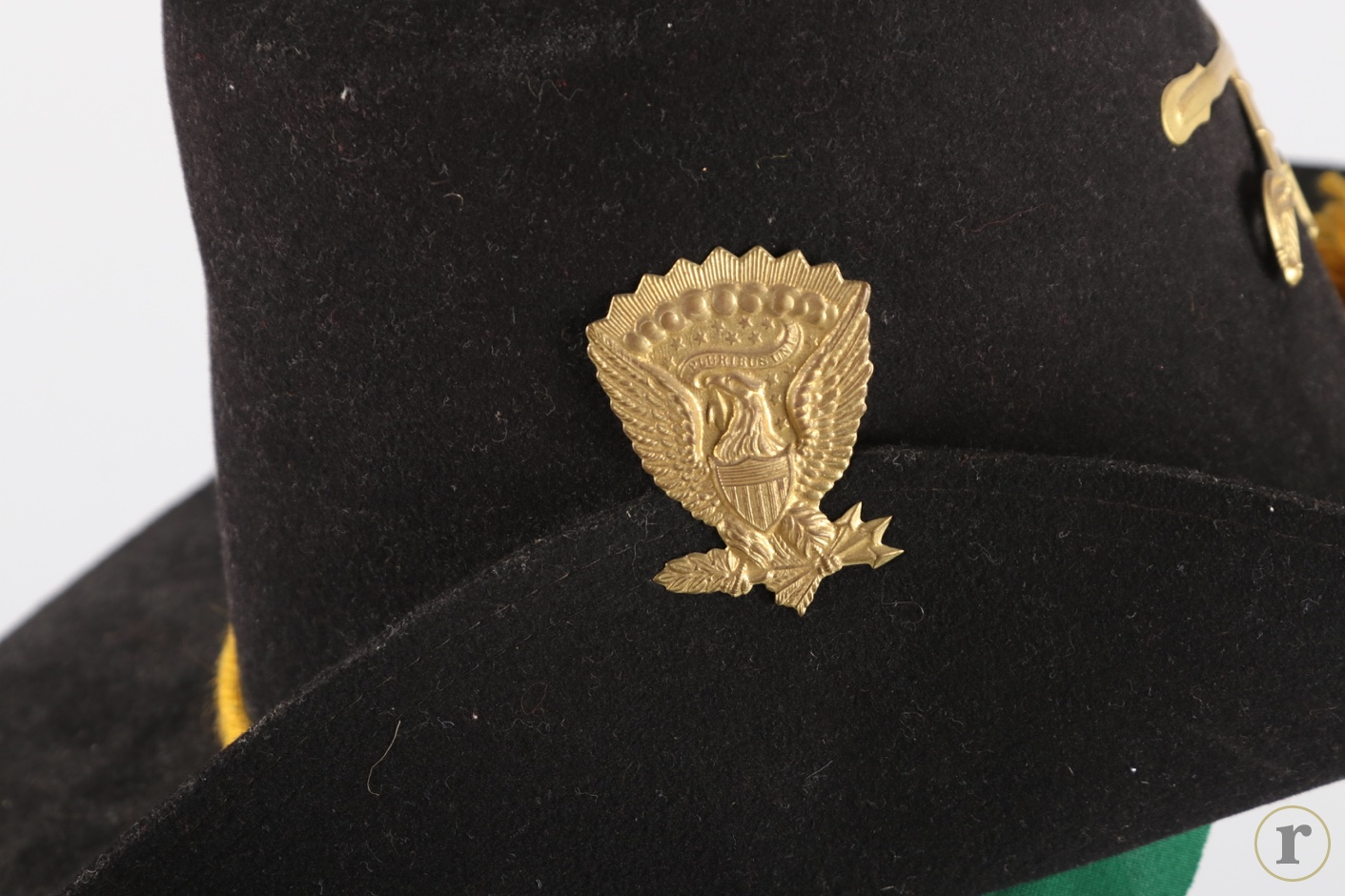 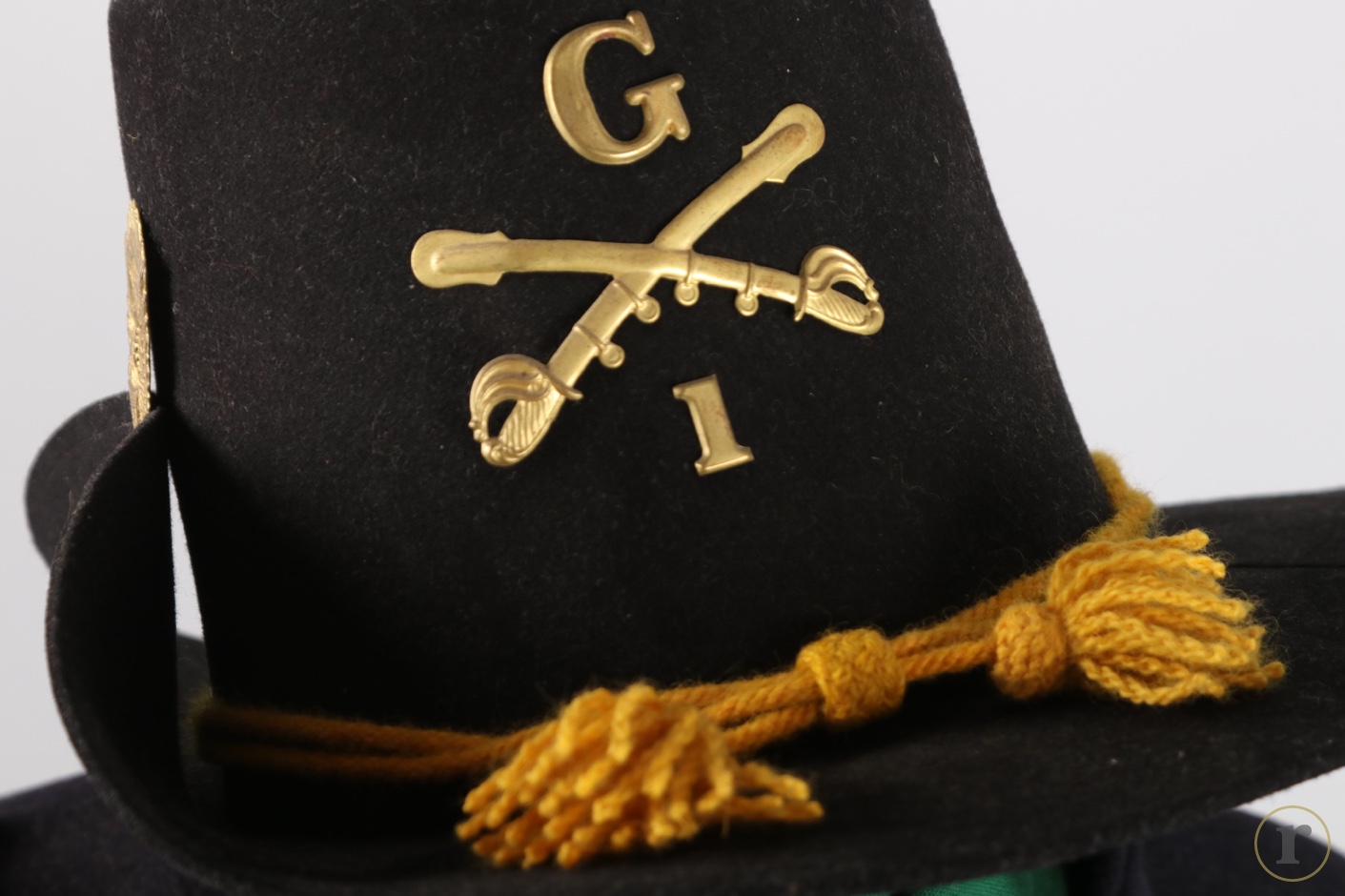 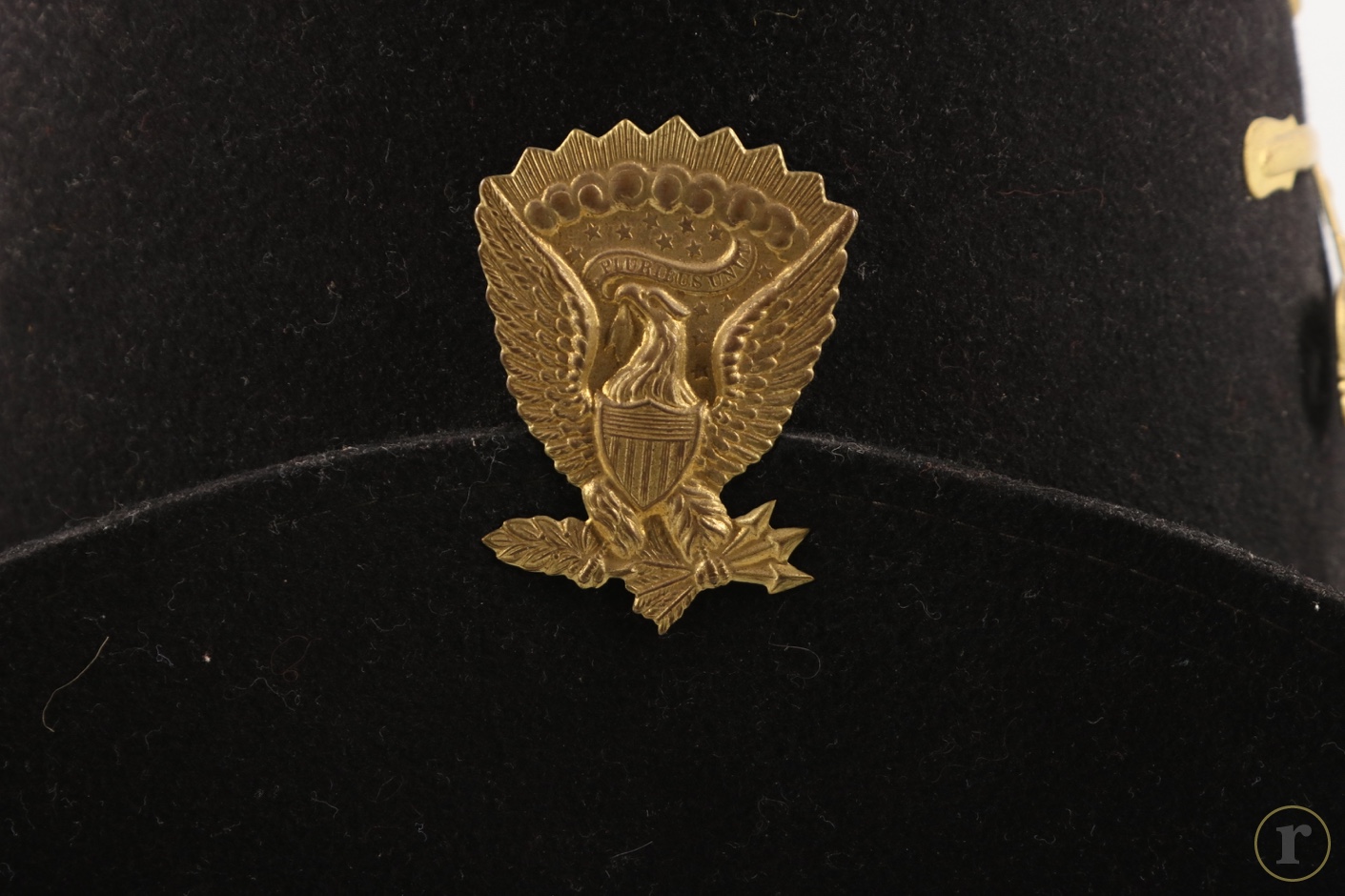 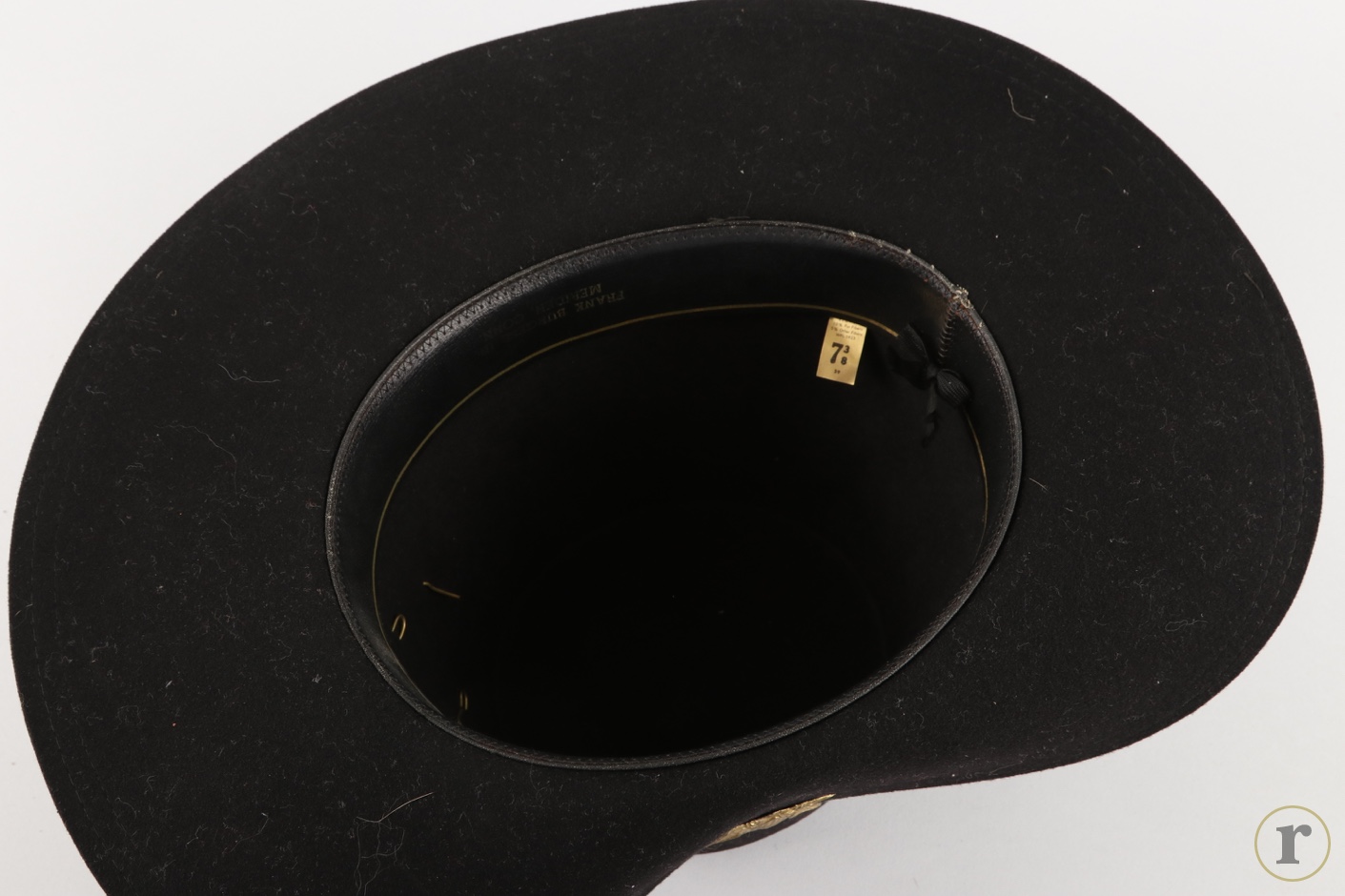 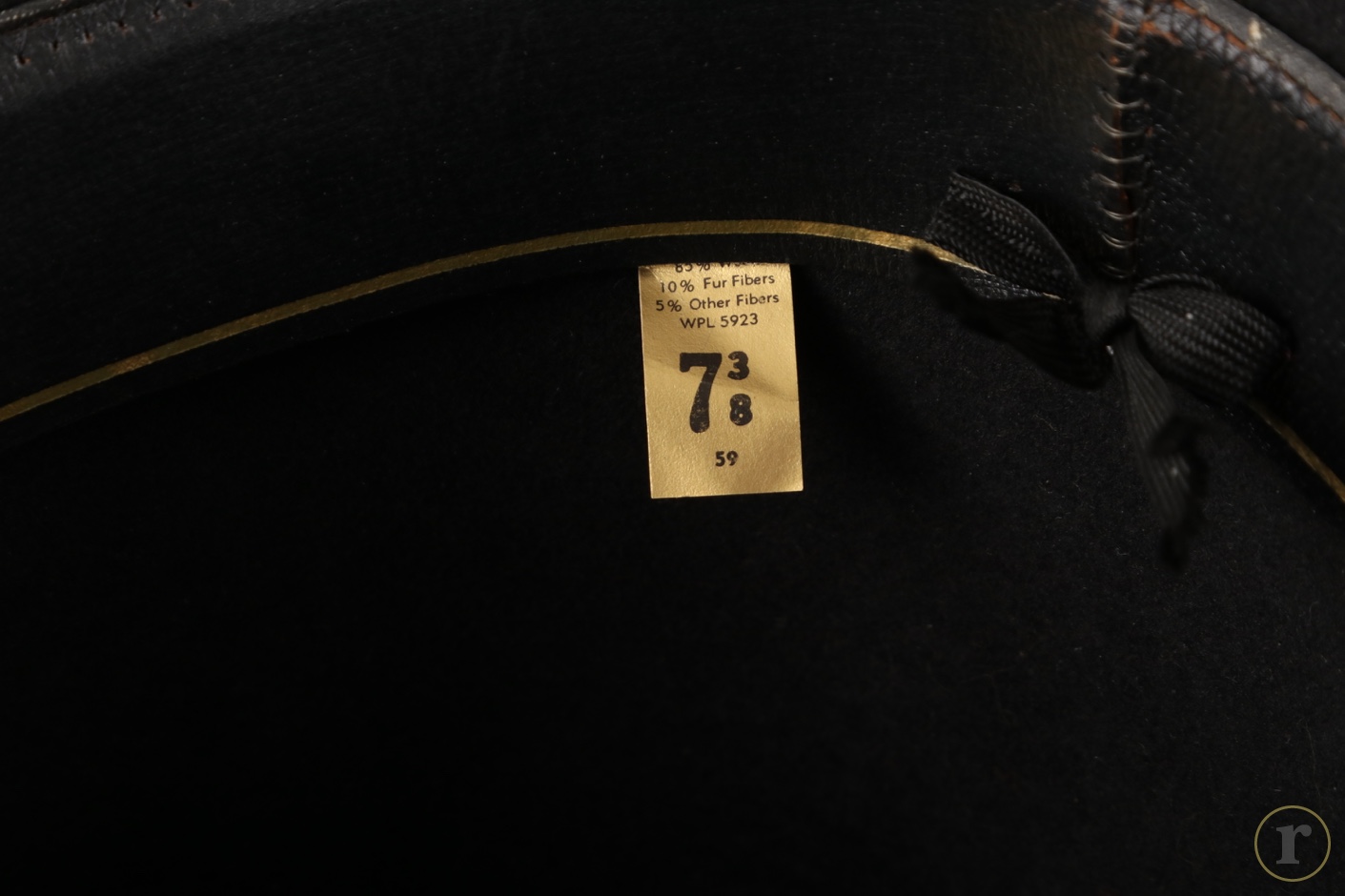 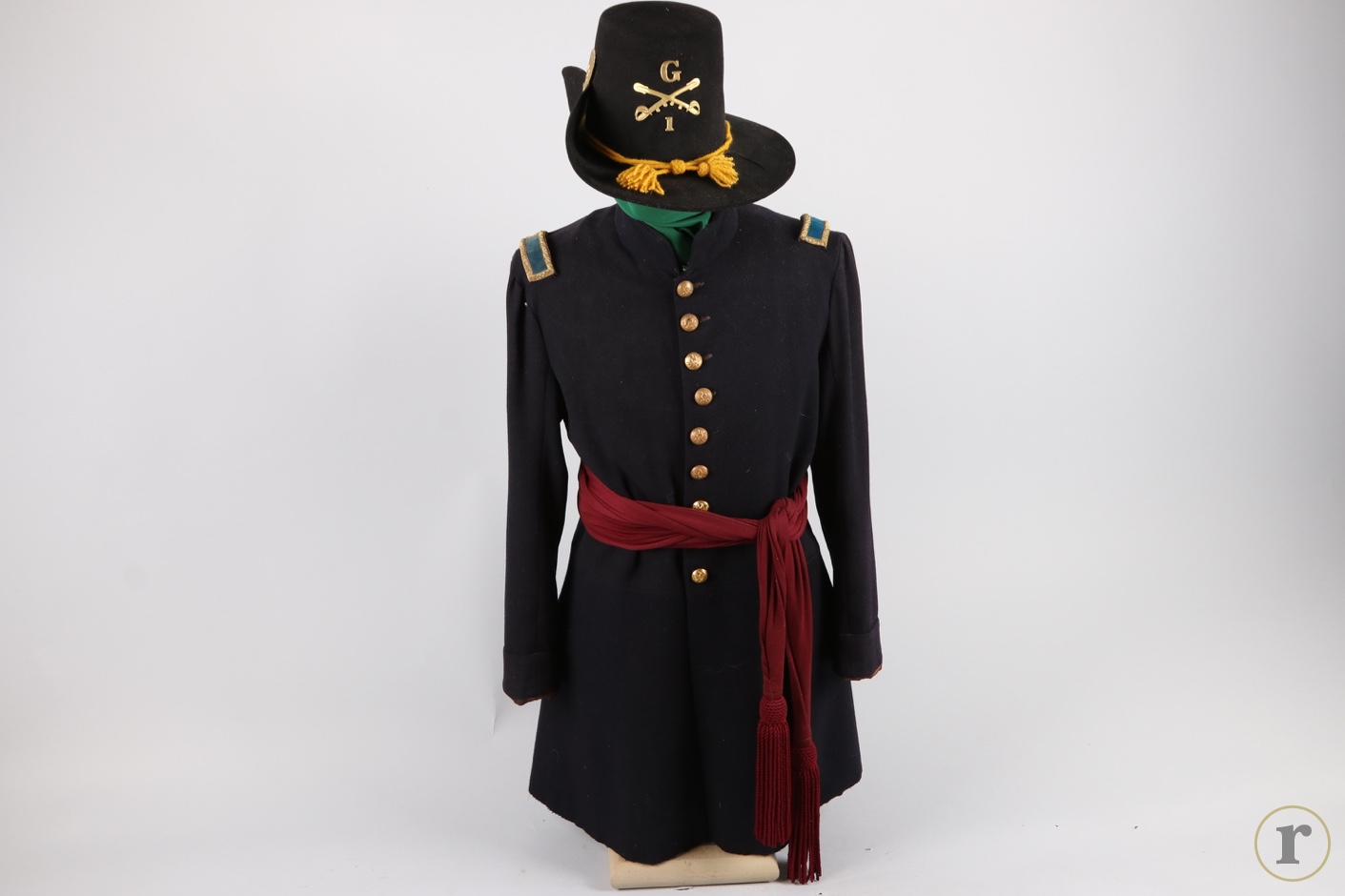 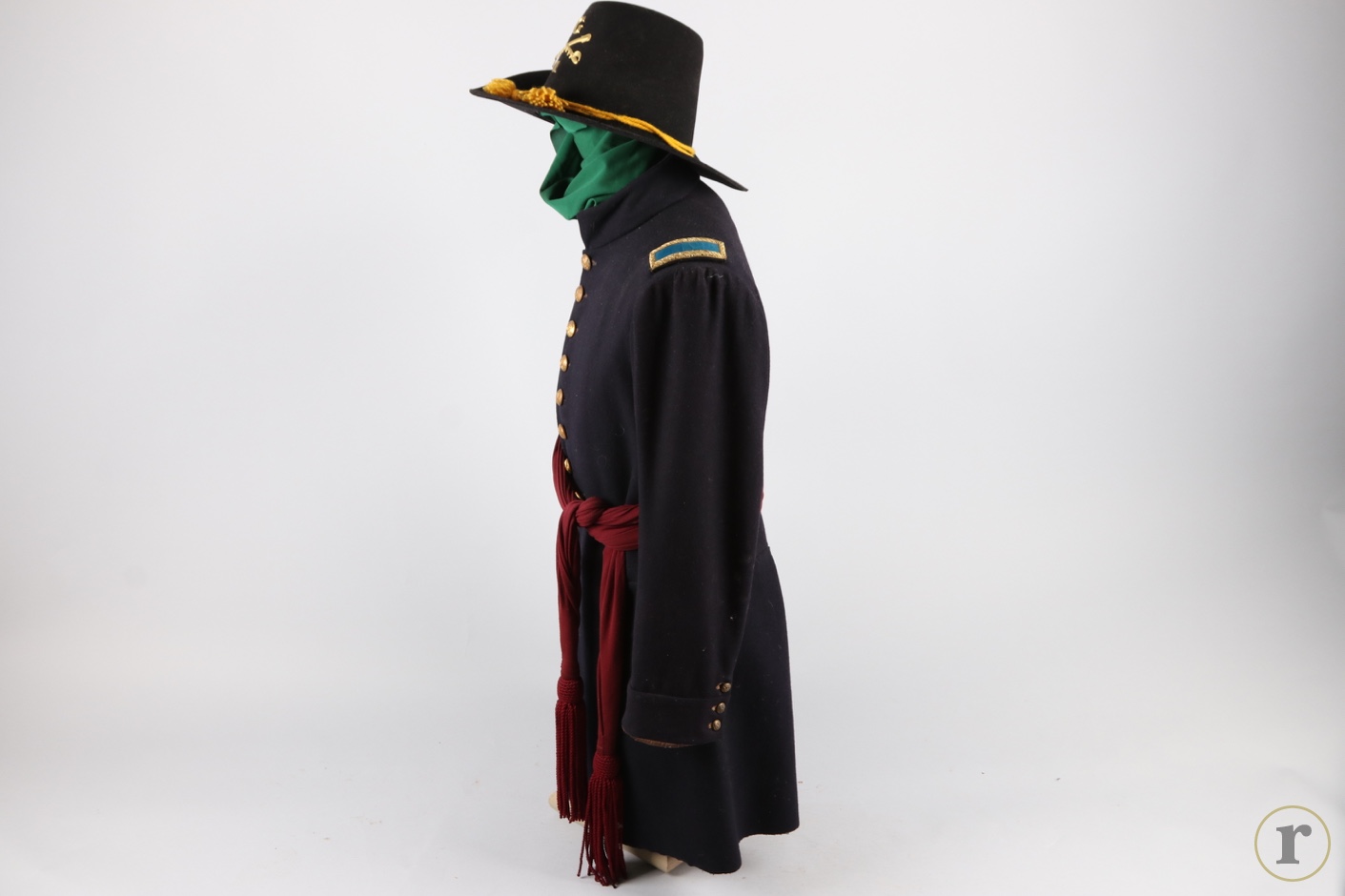 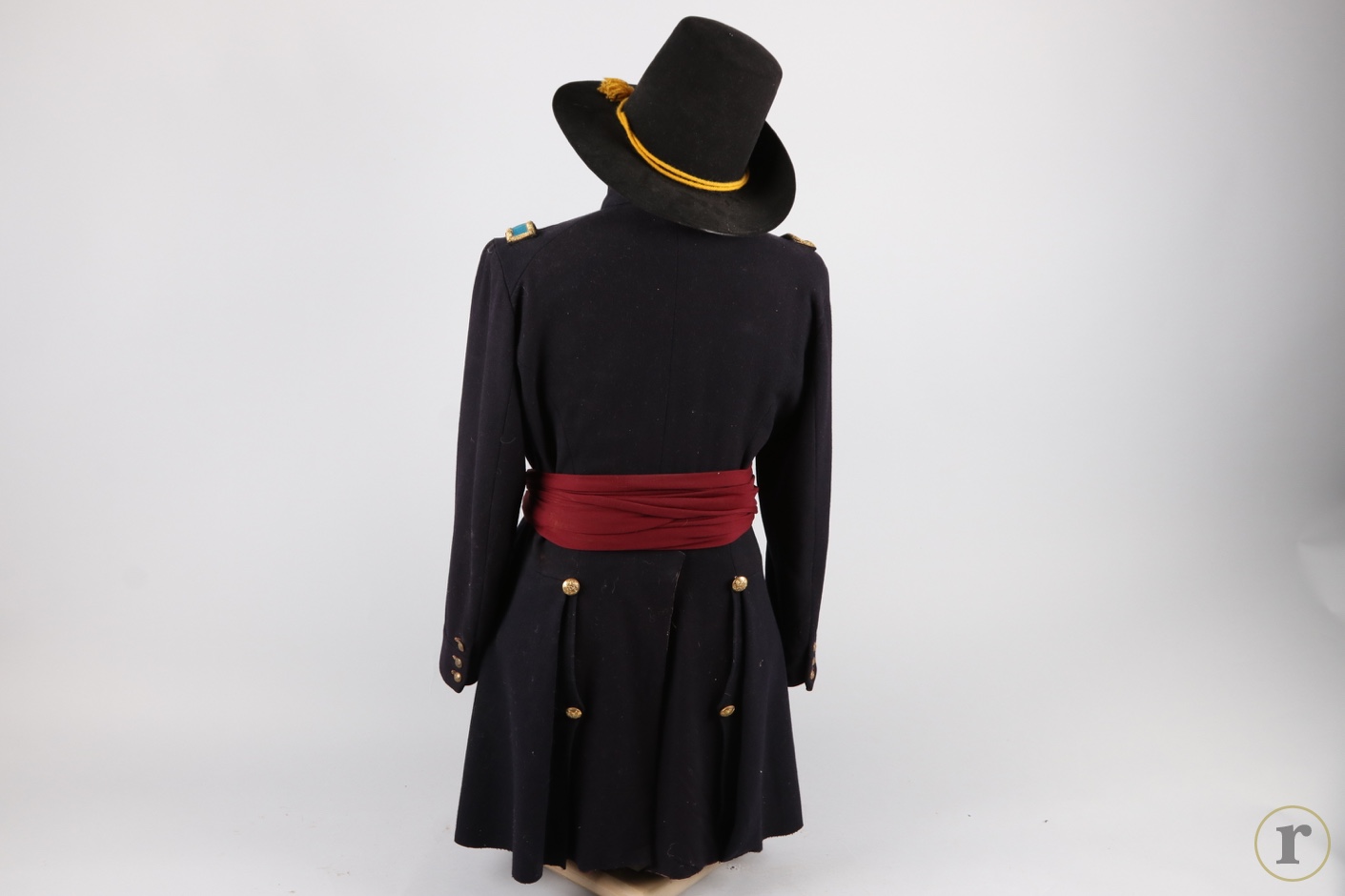 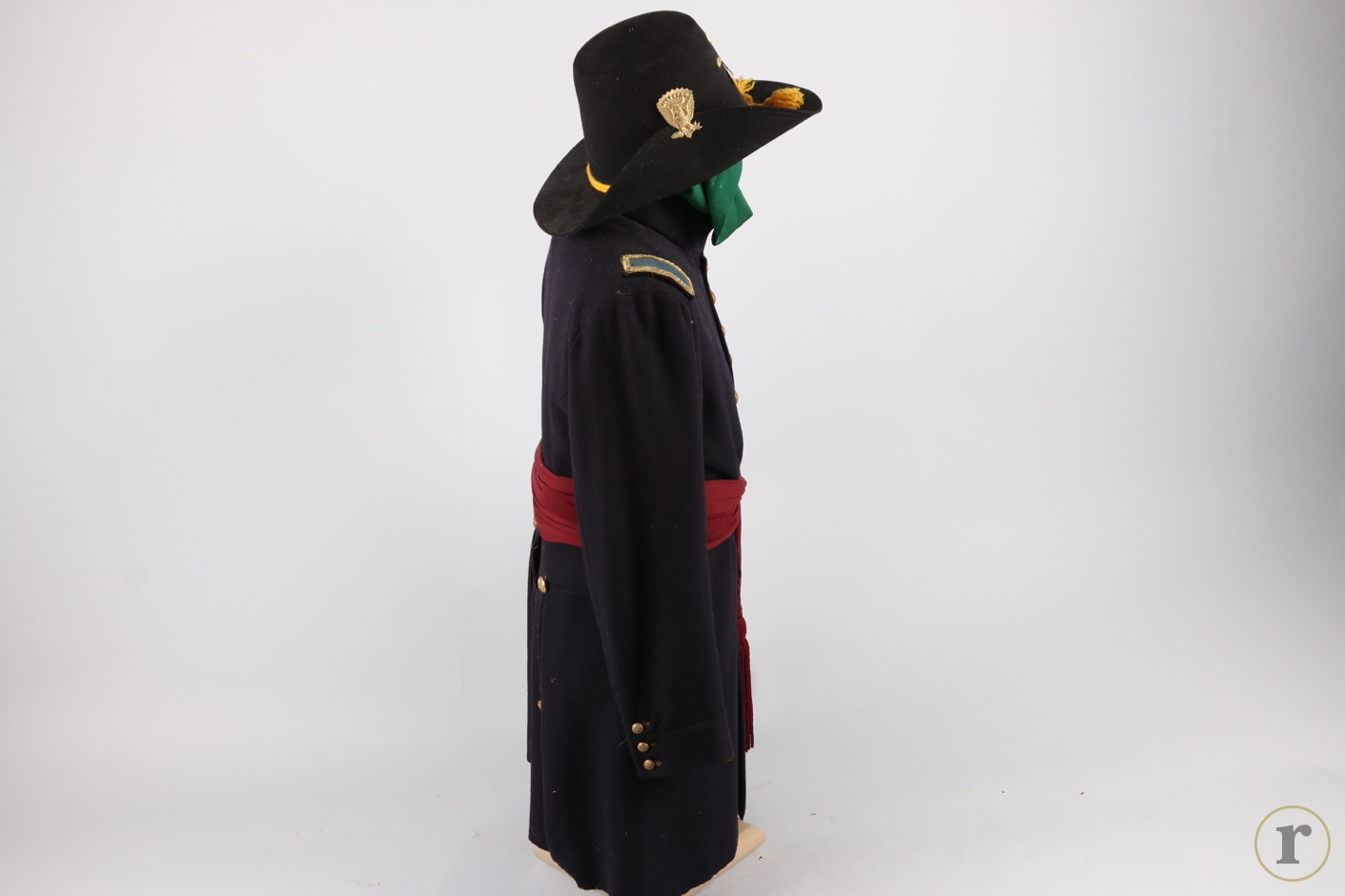 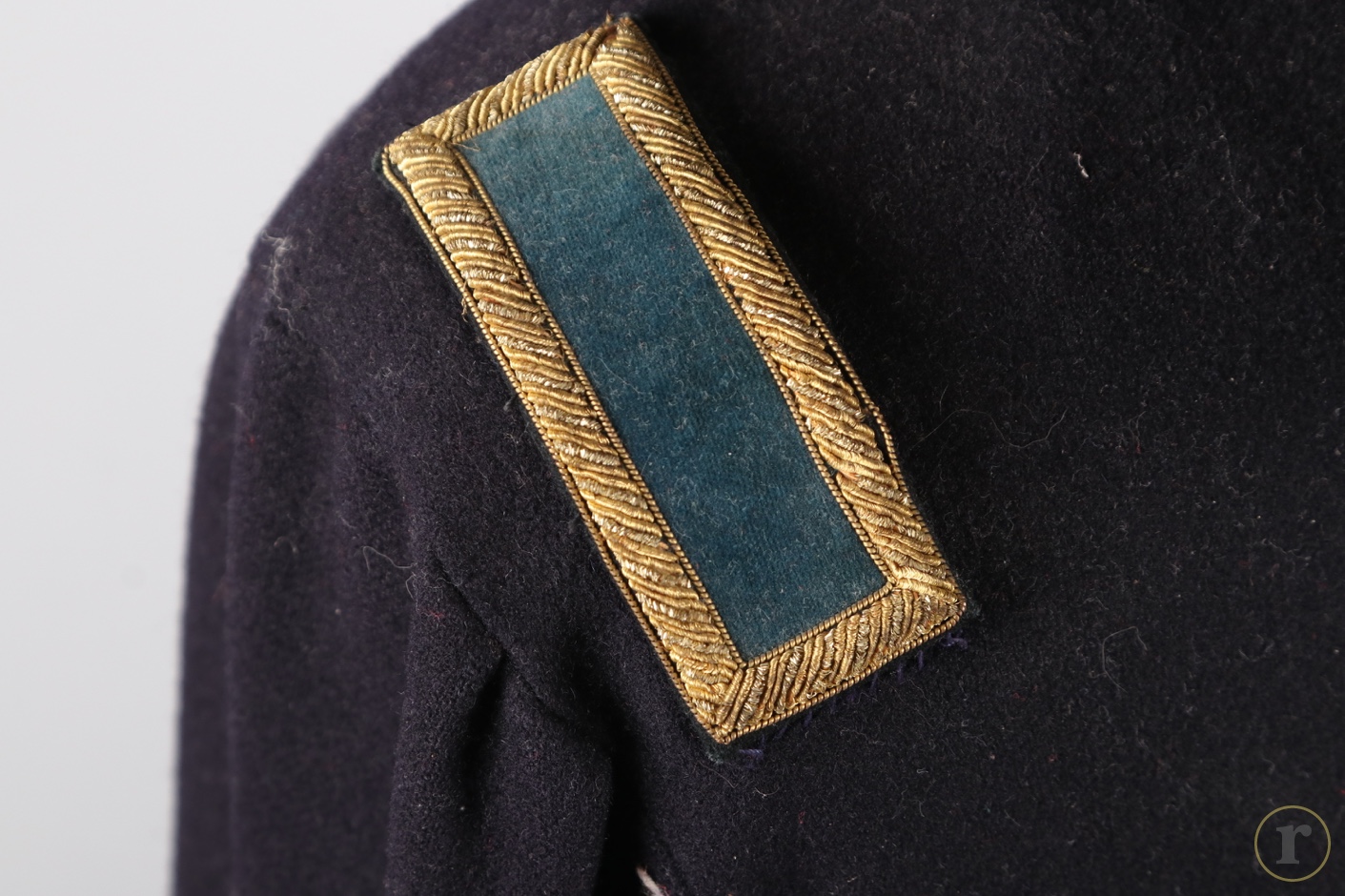 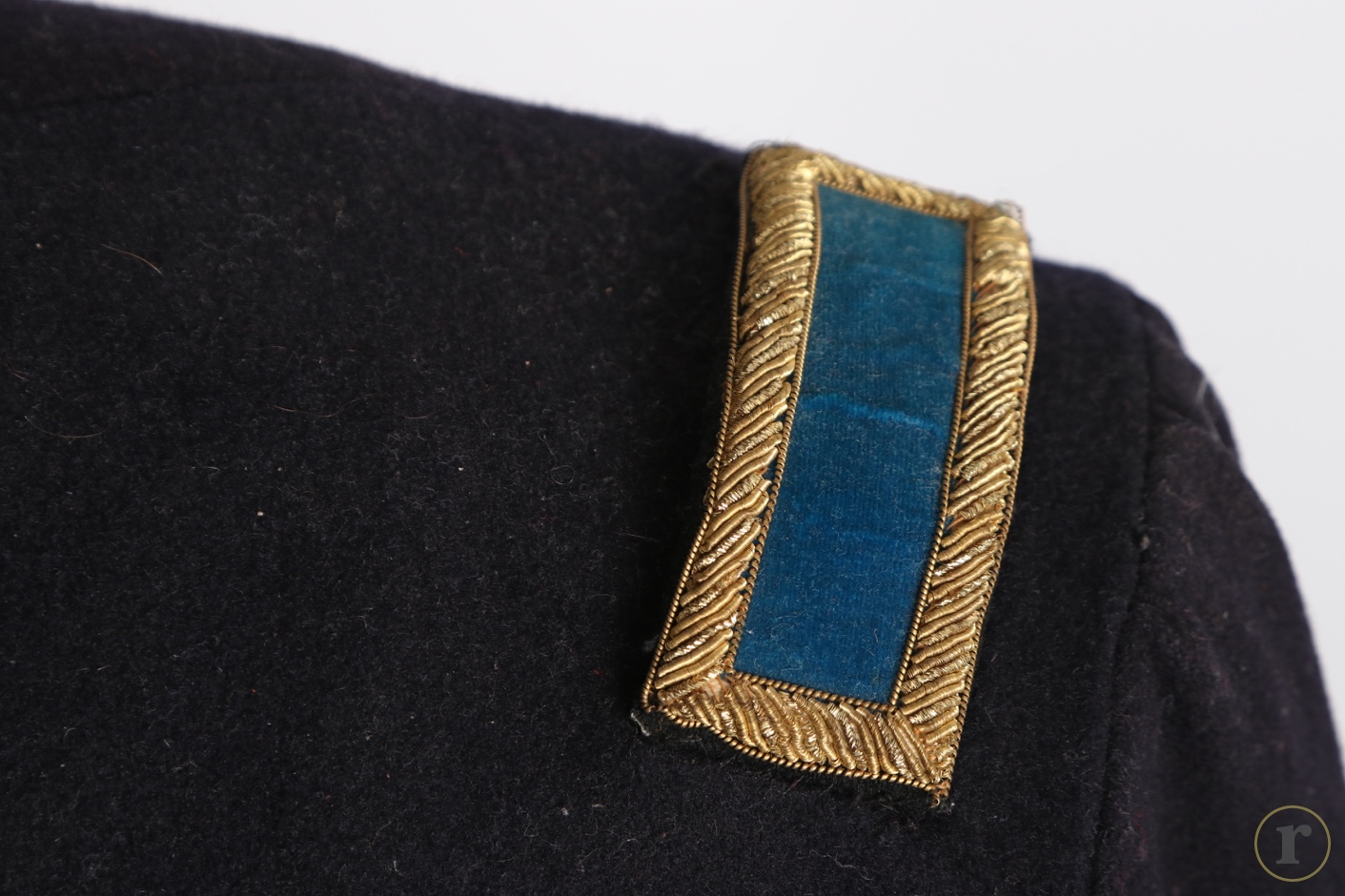 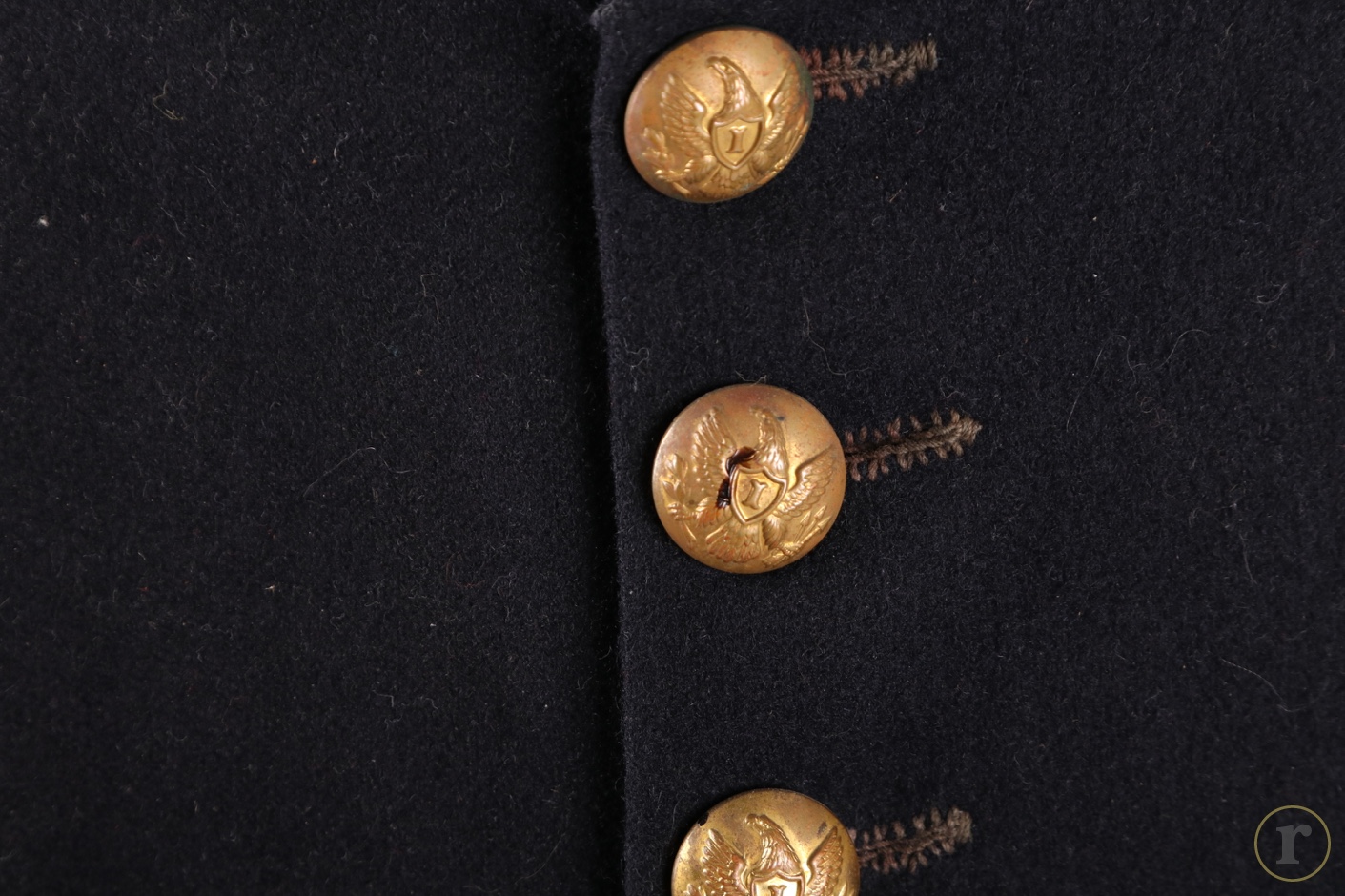 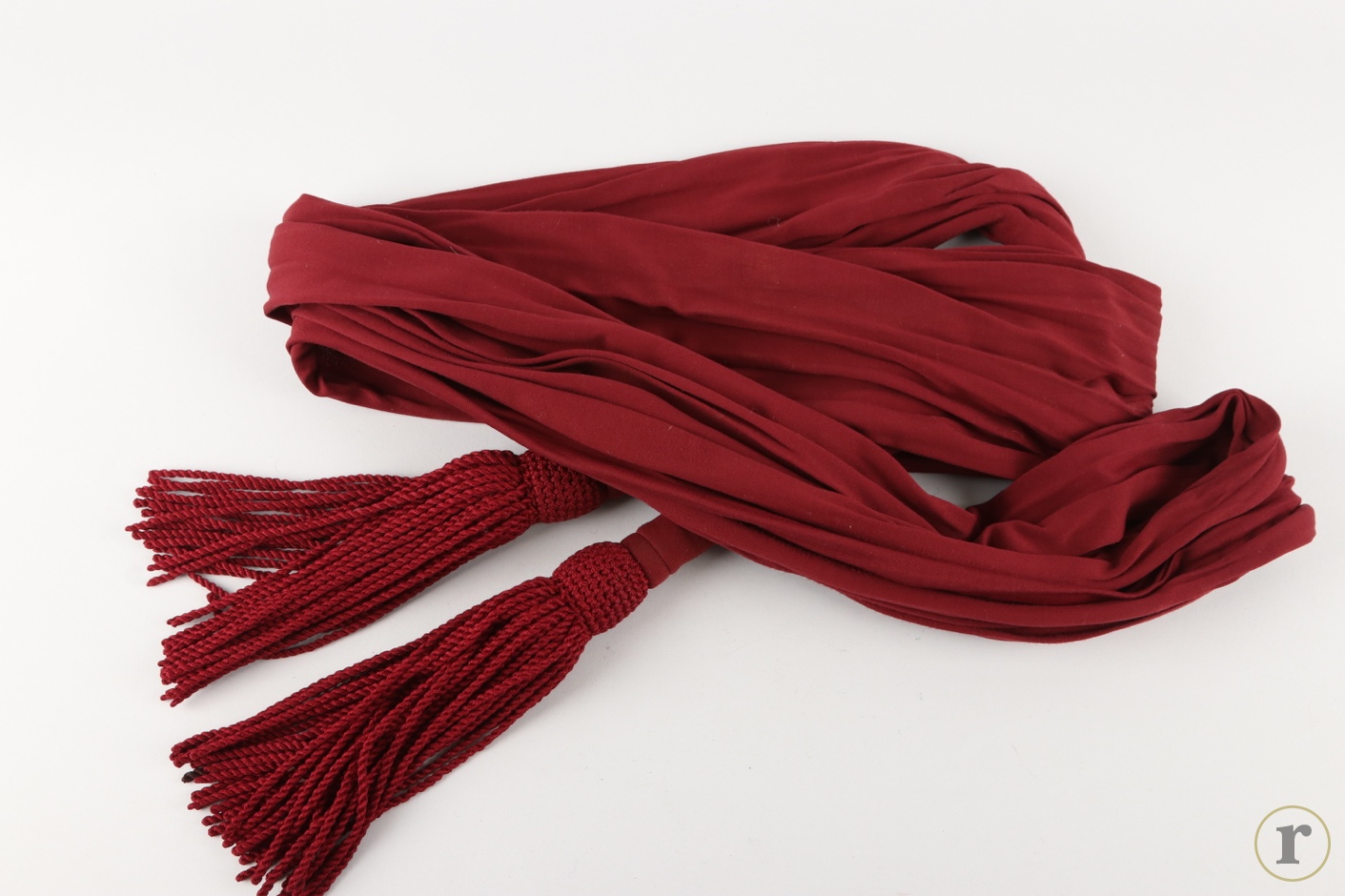 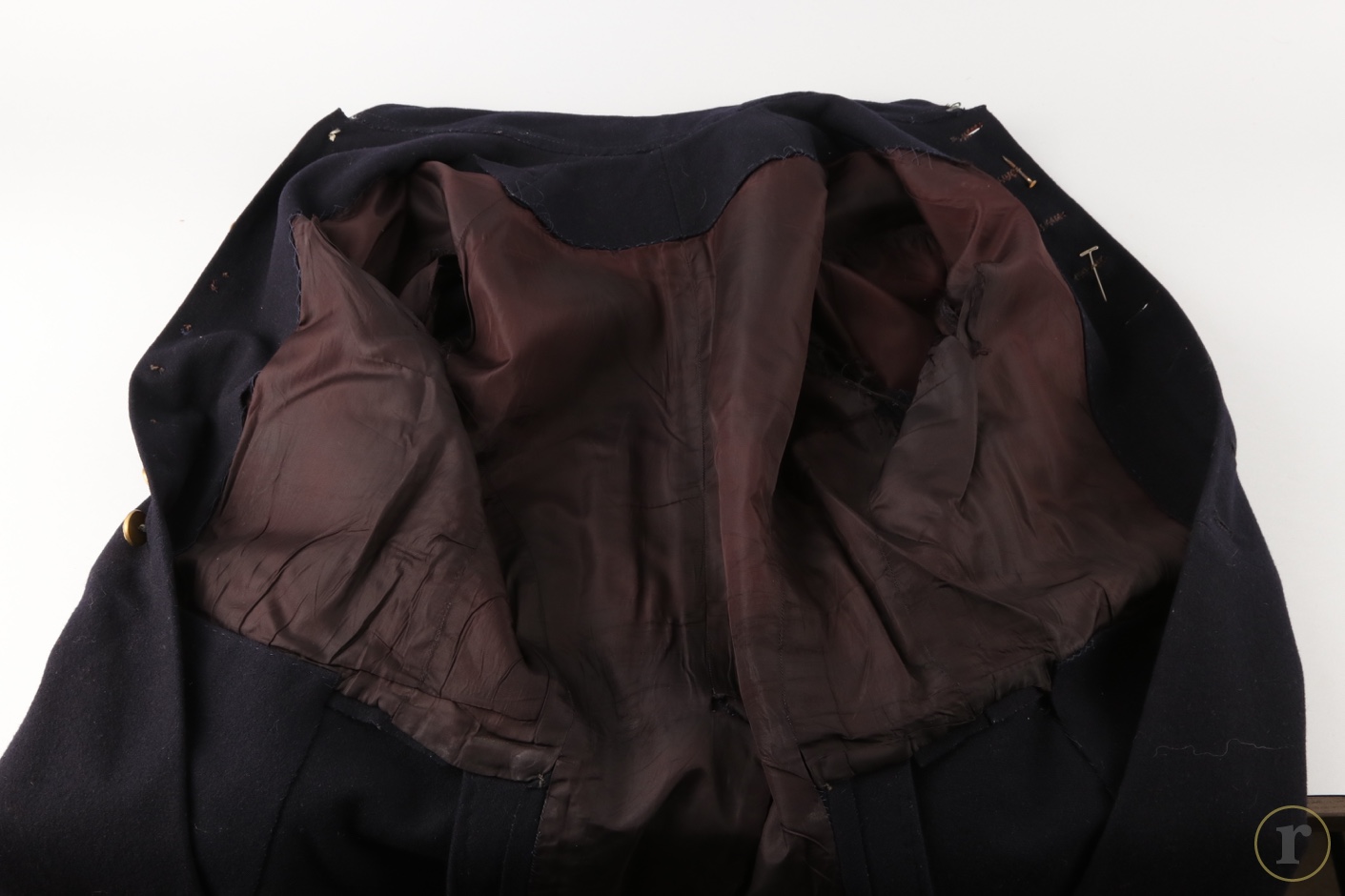 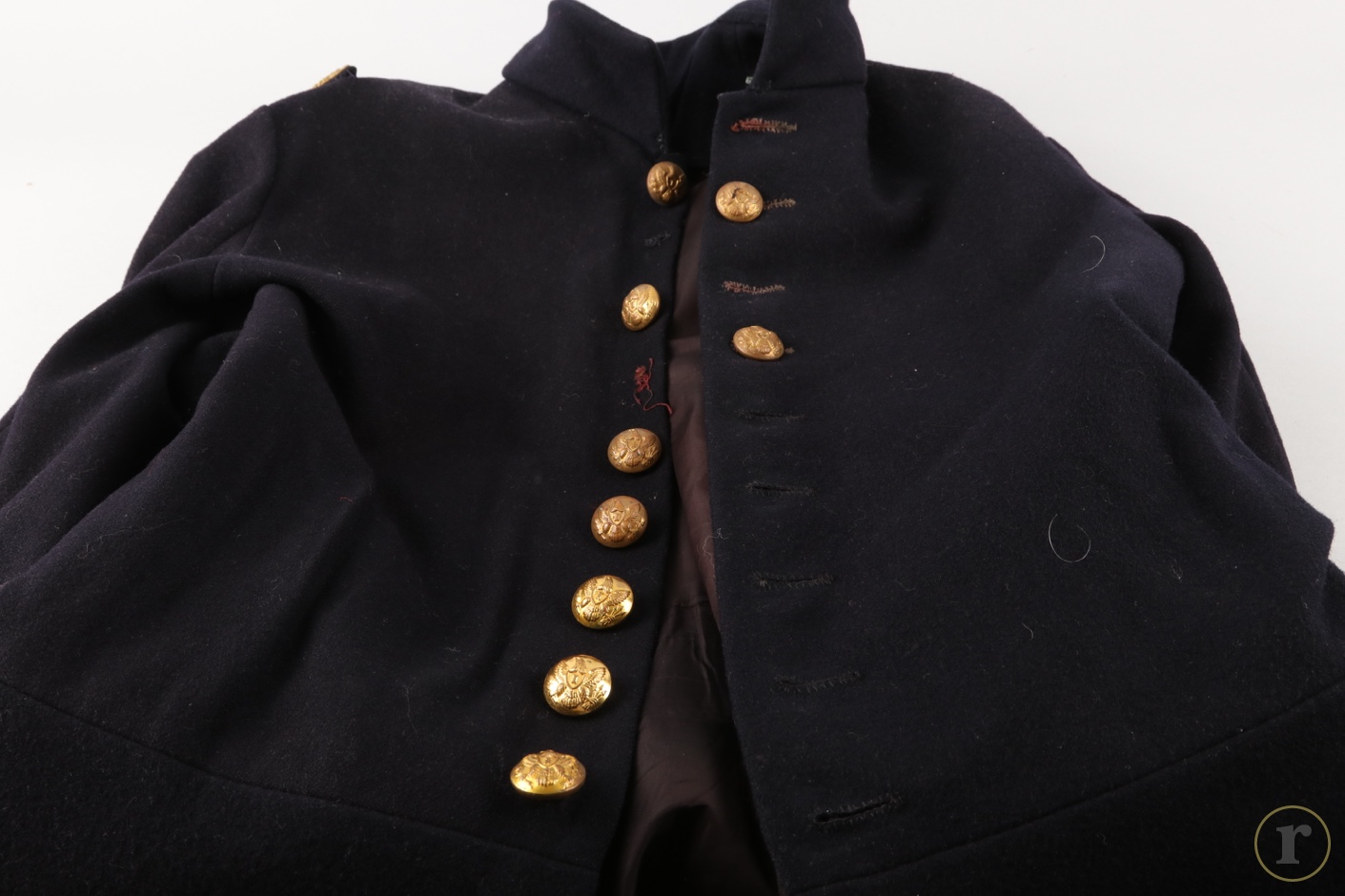 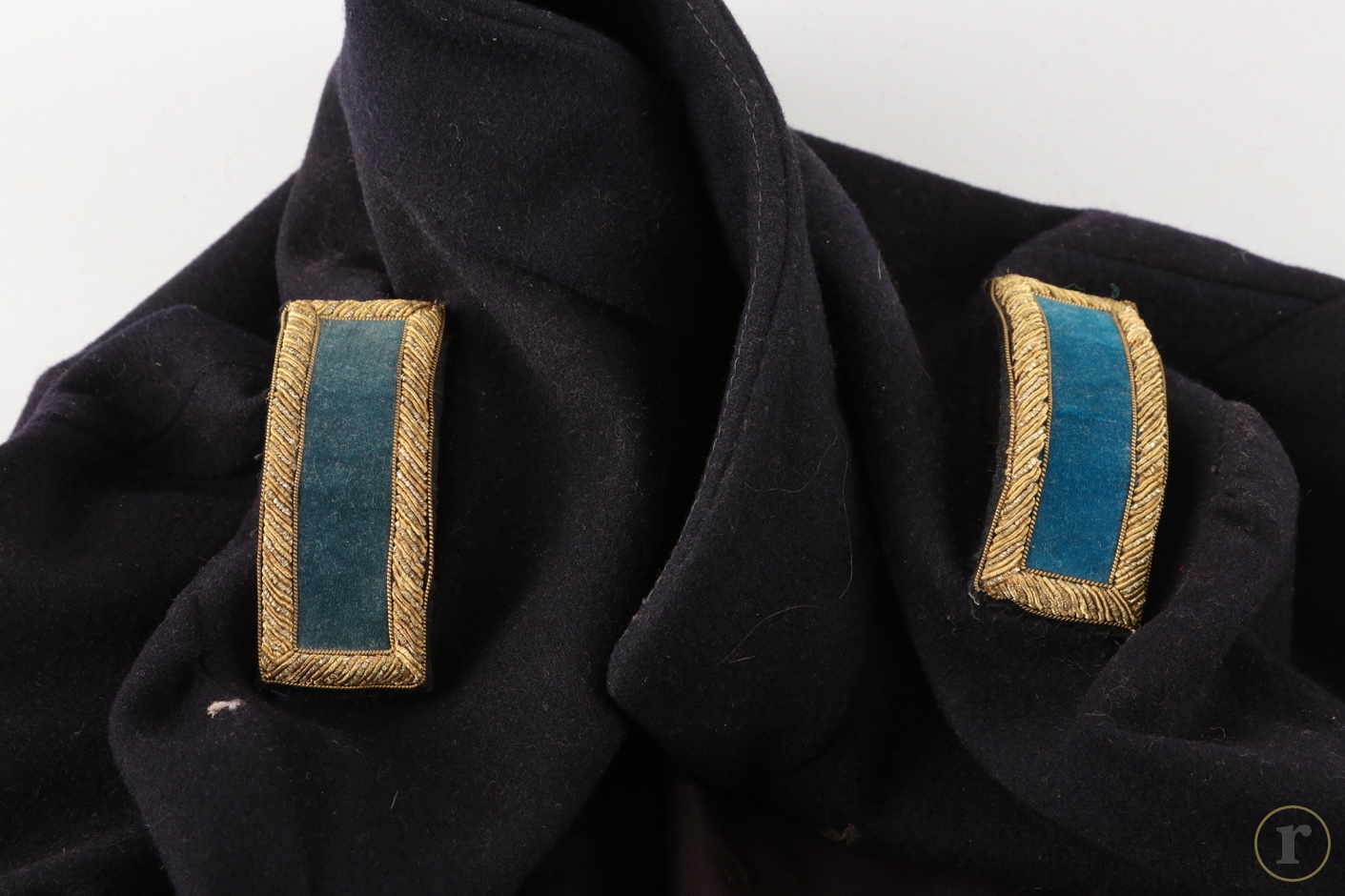 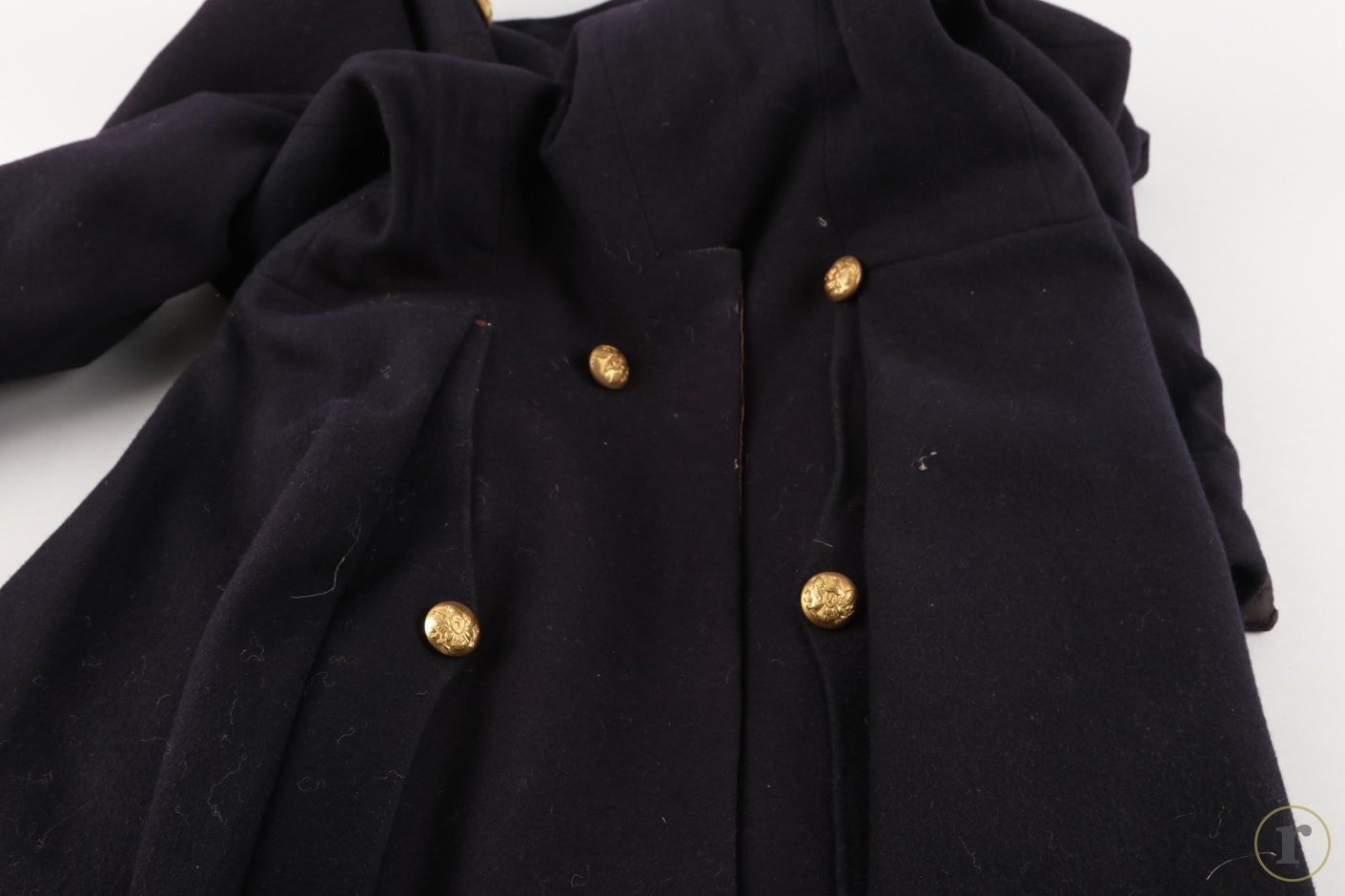