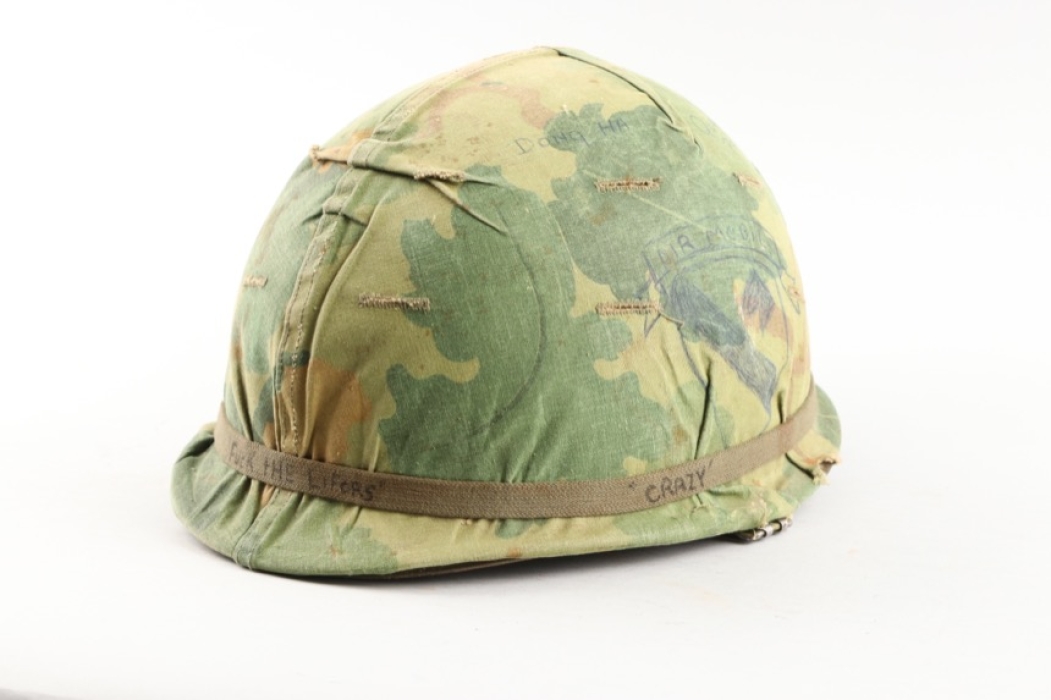 Vietnam war US Army M1 infantry helmet with Mitchell camouflage cover. Various inscriptions on the cover including the insignias of two US units. Size stamp 51 punched into the inner shell. 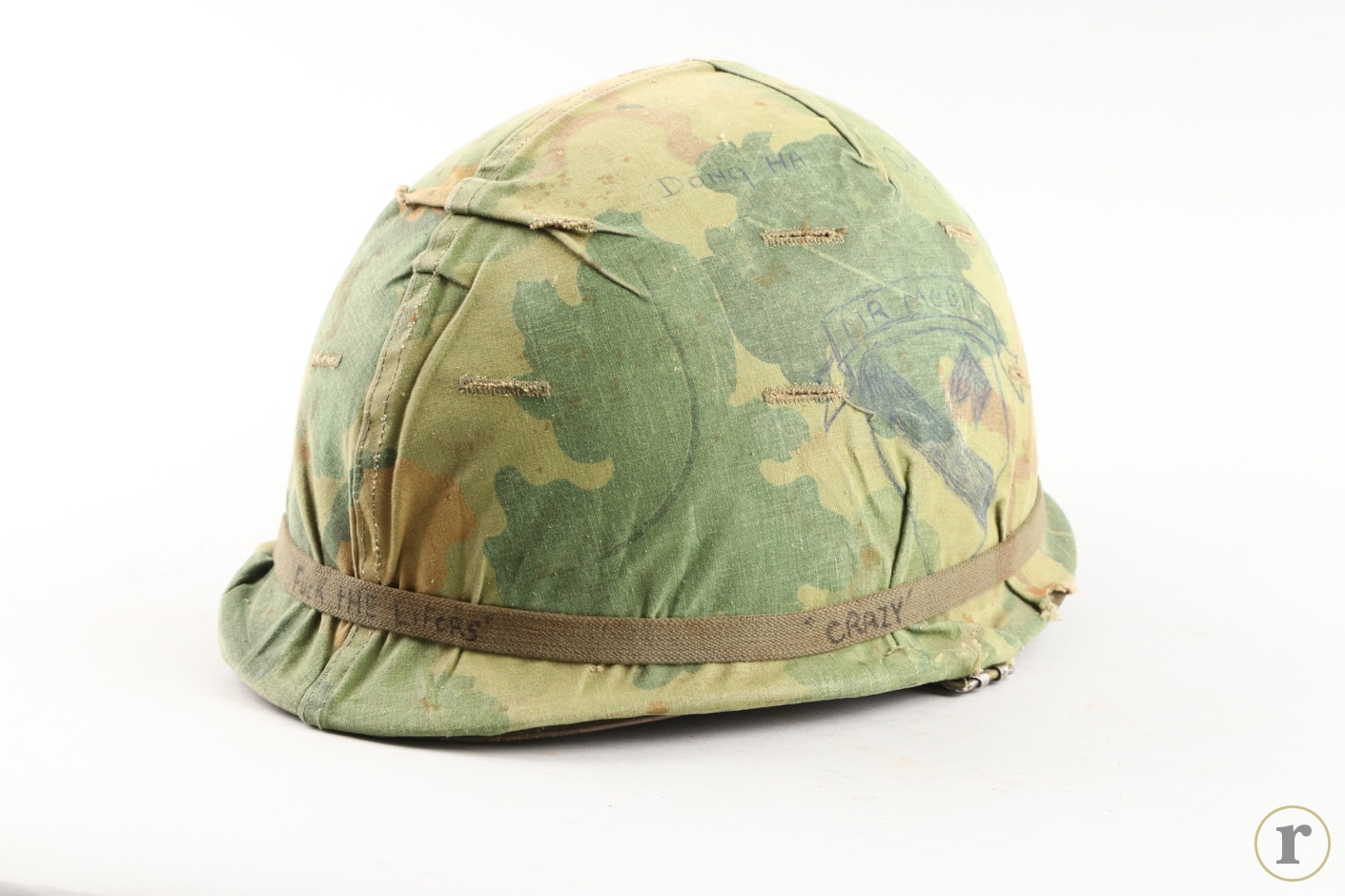 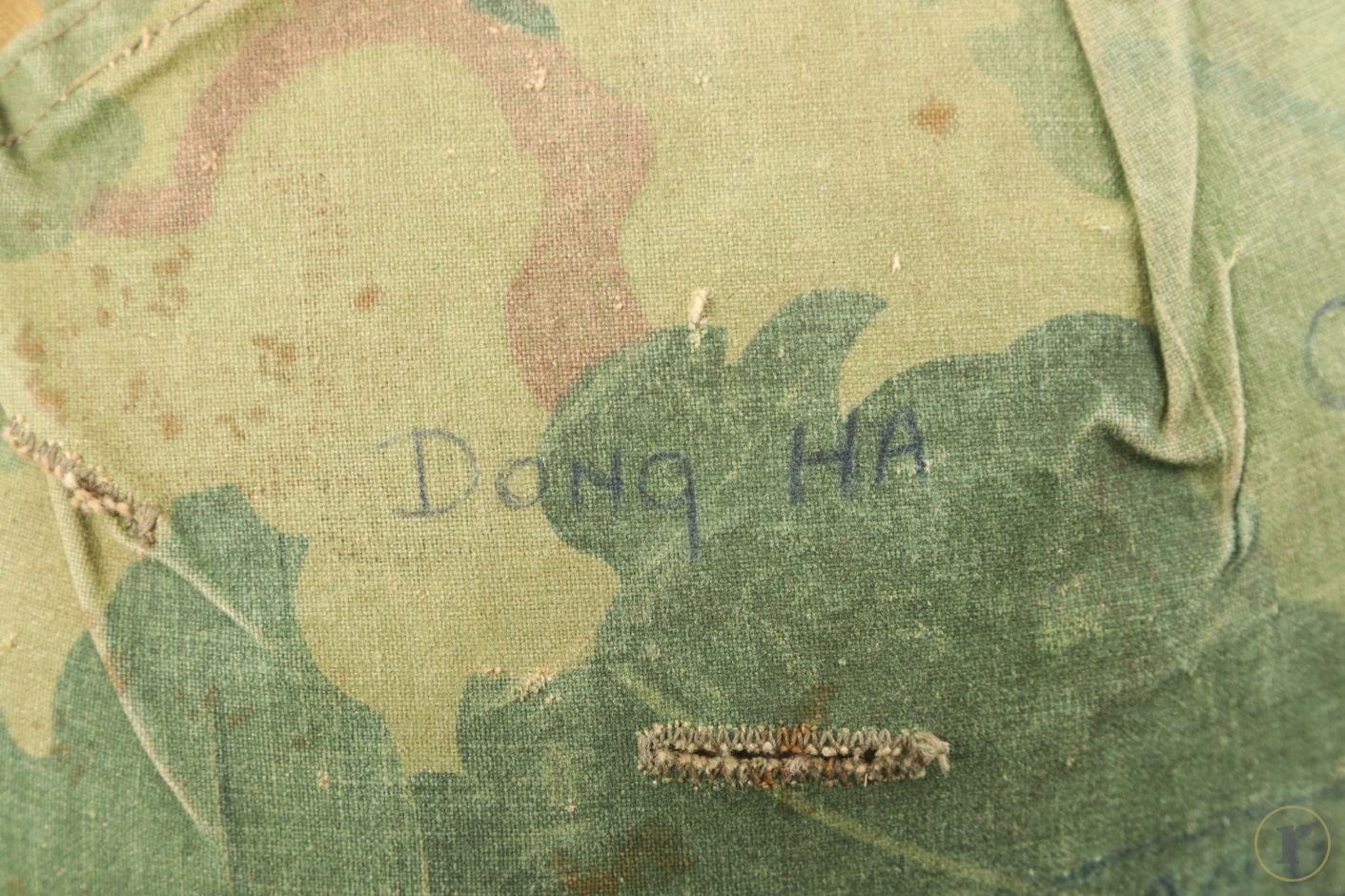 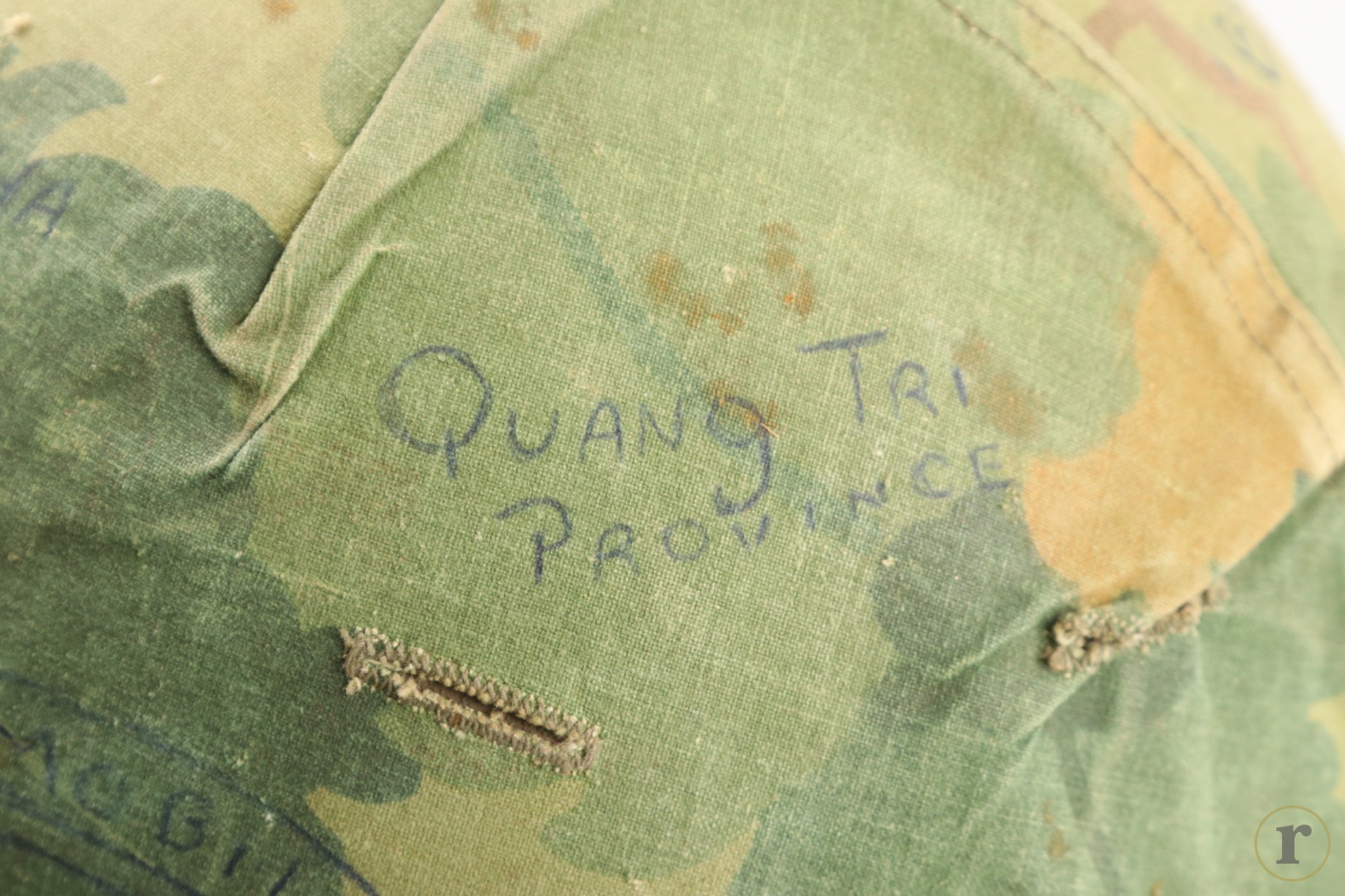 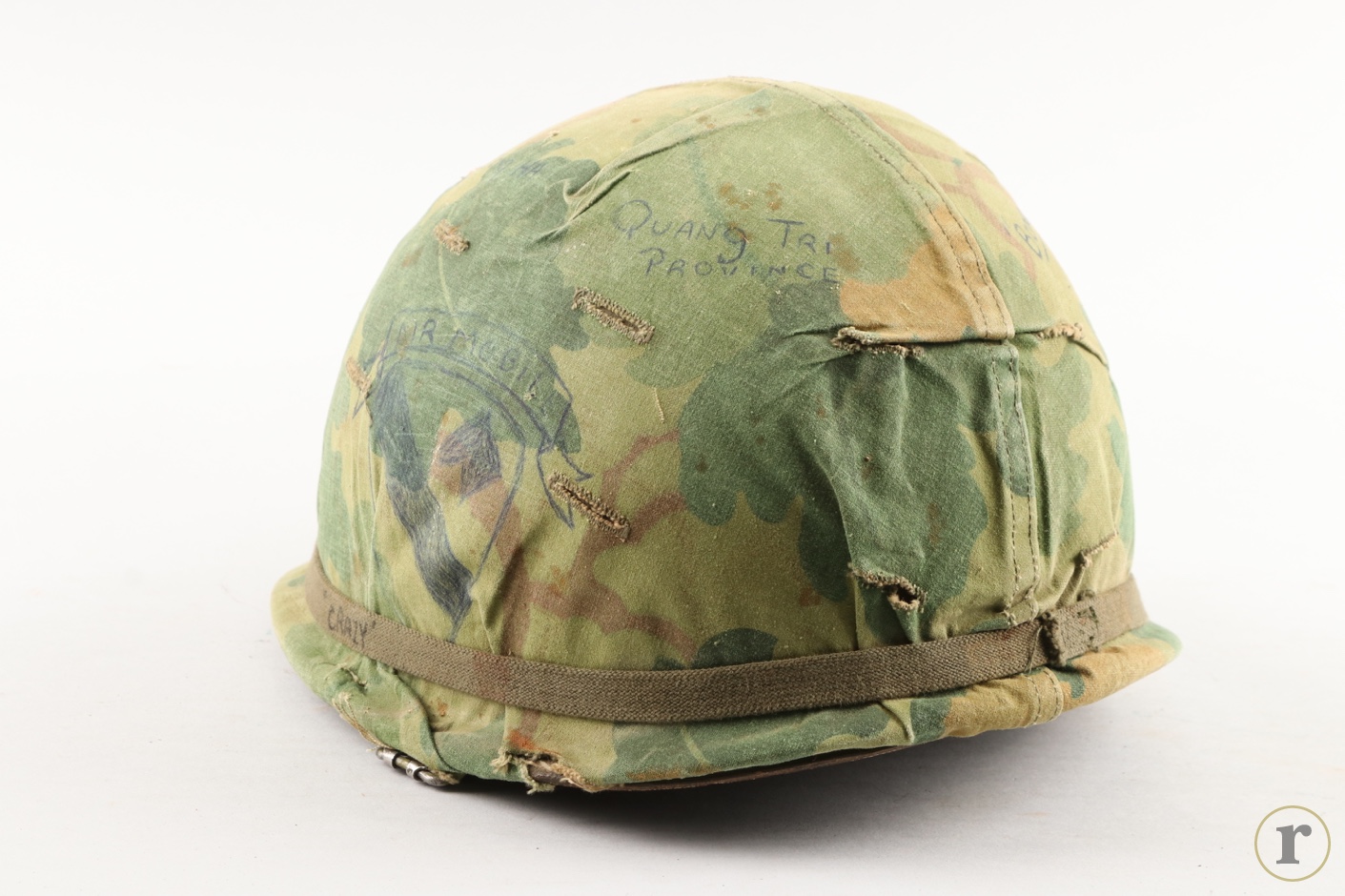 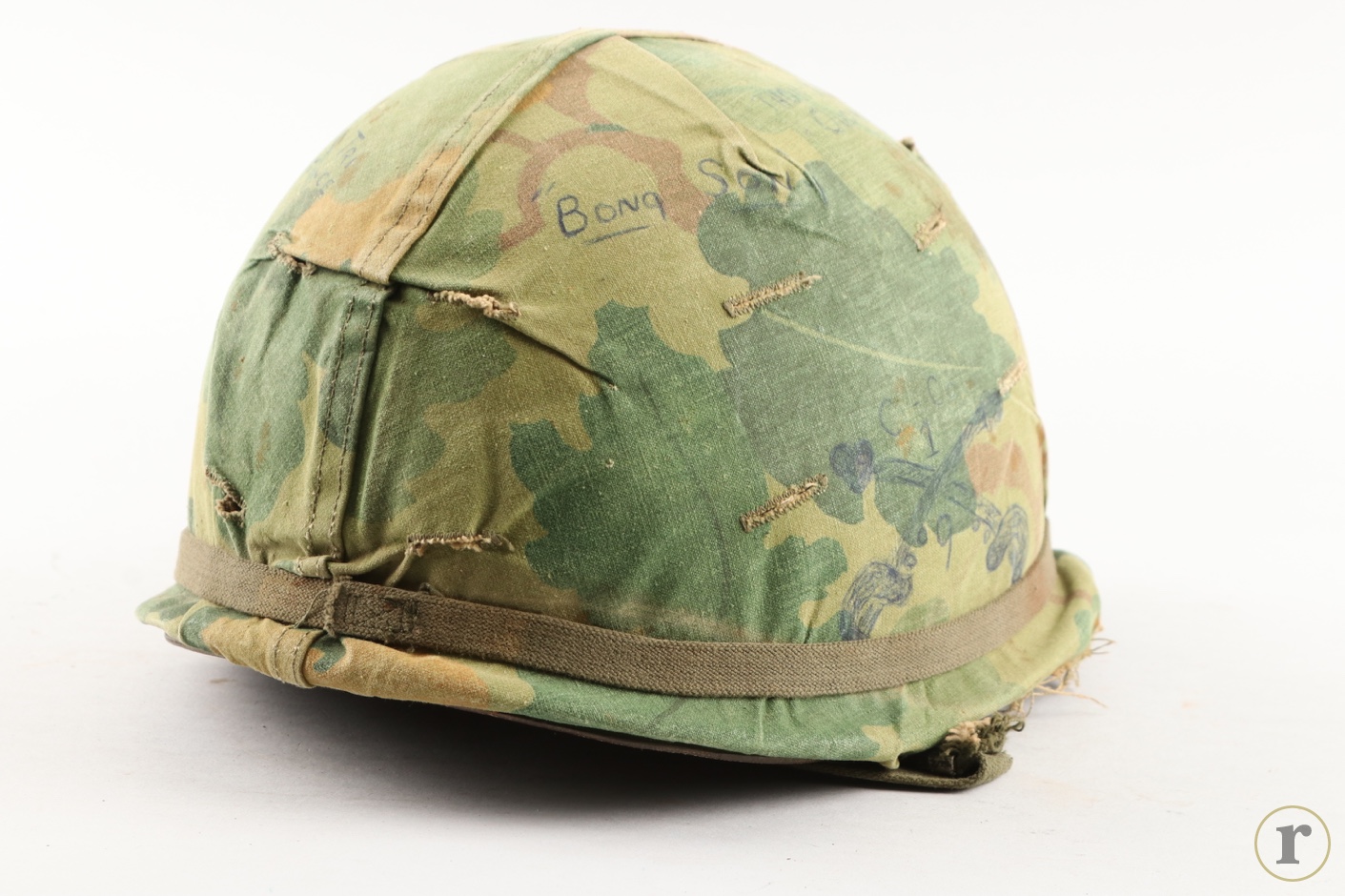 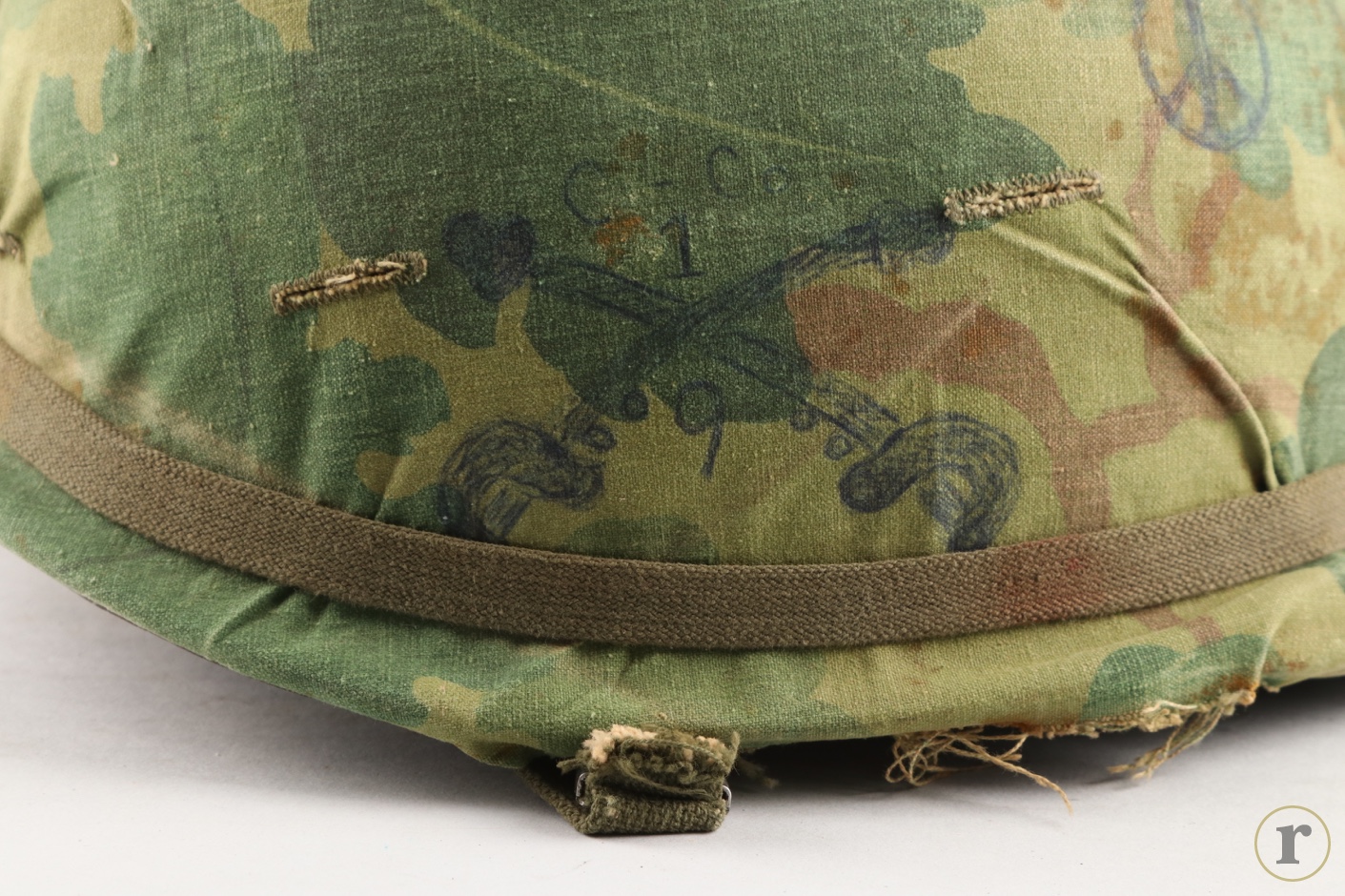 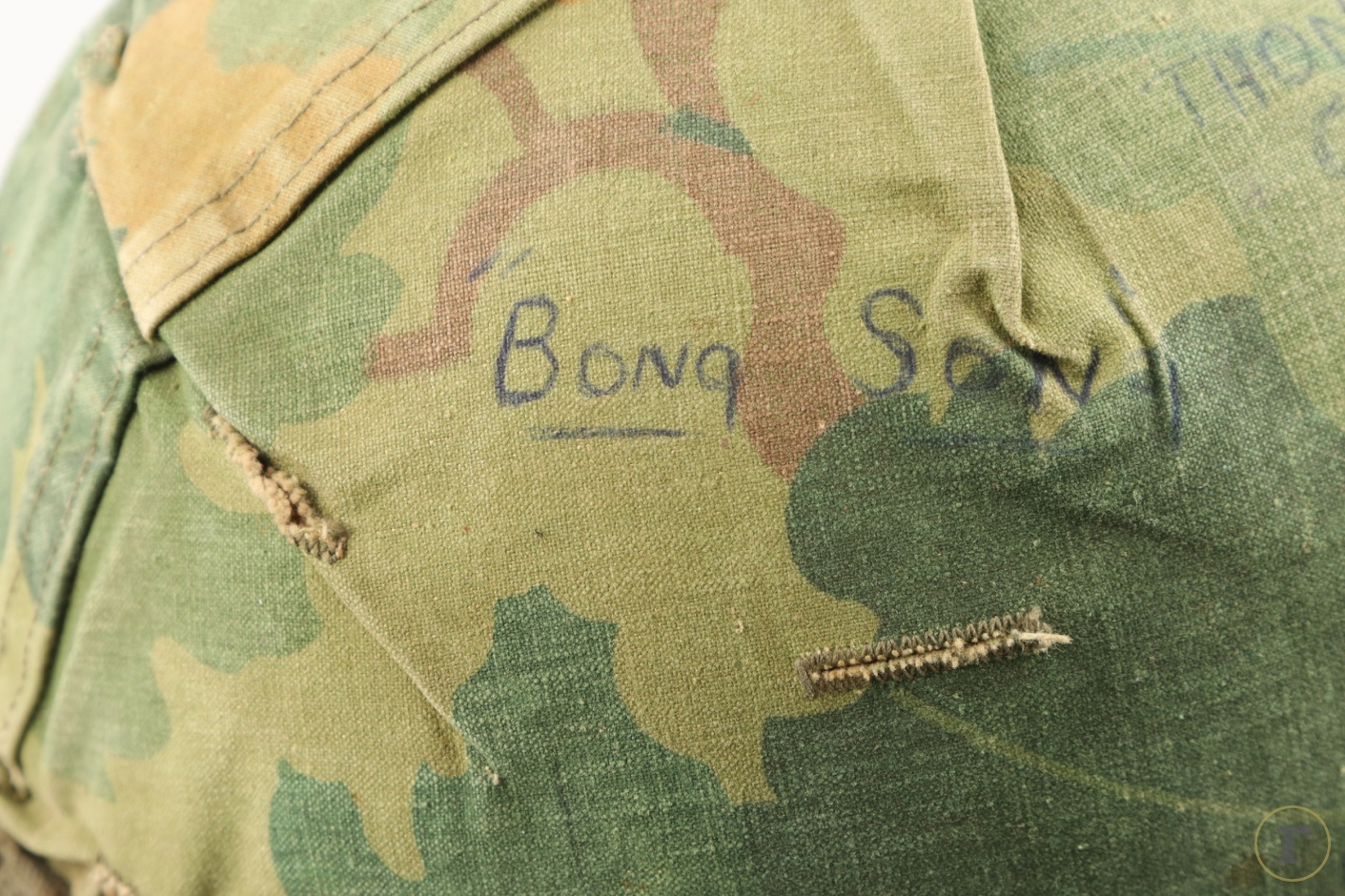 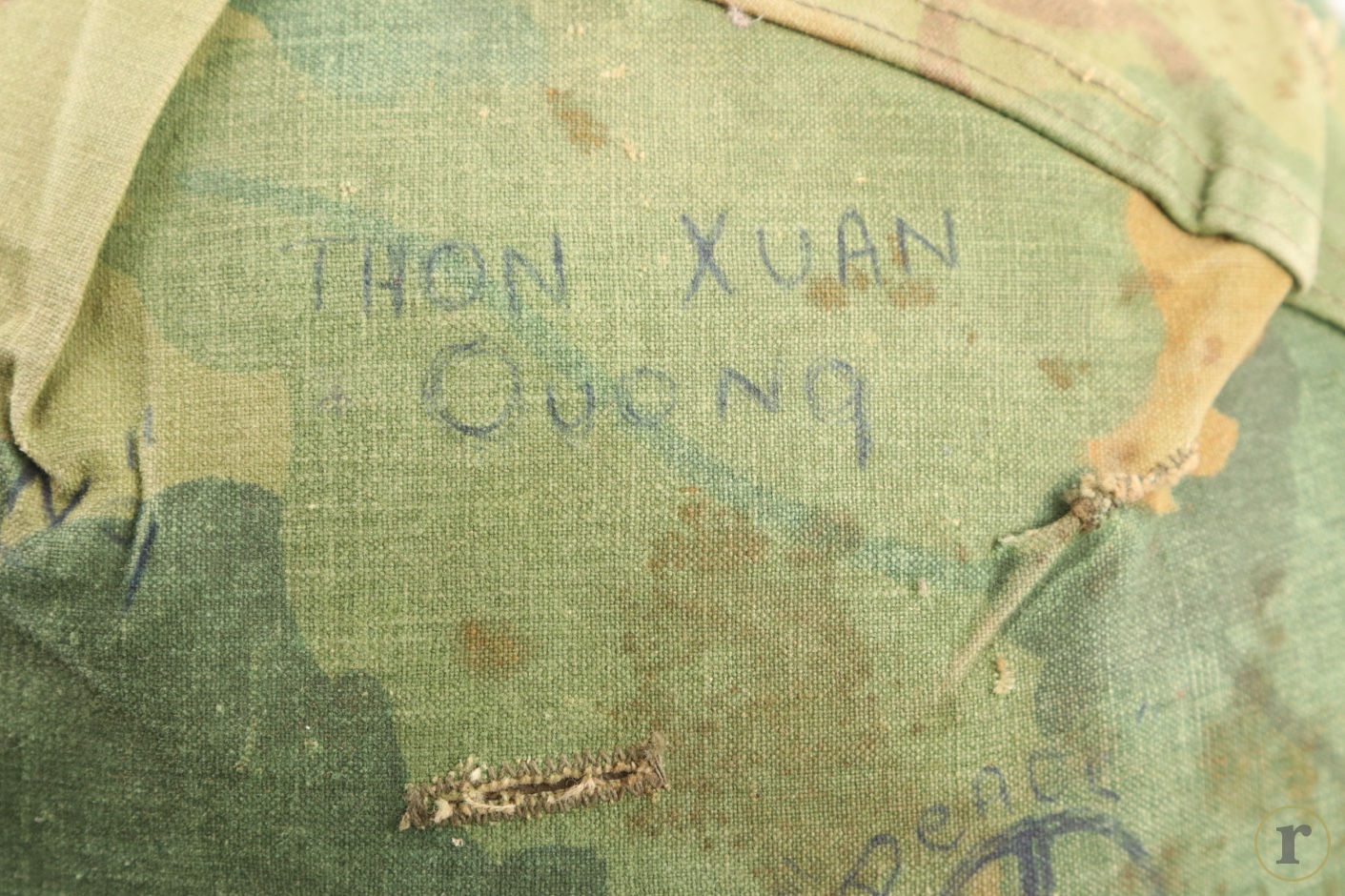 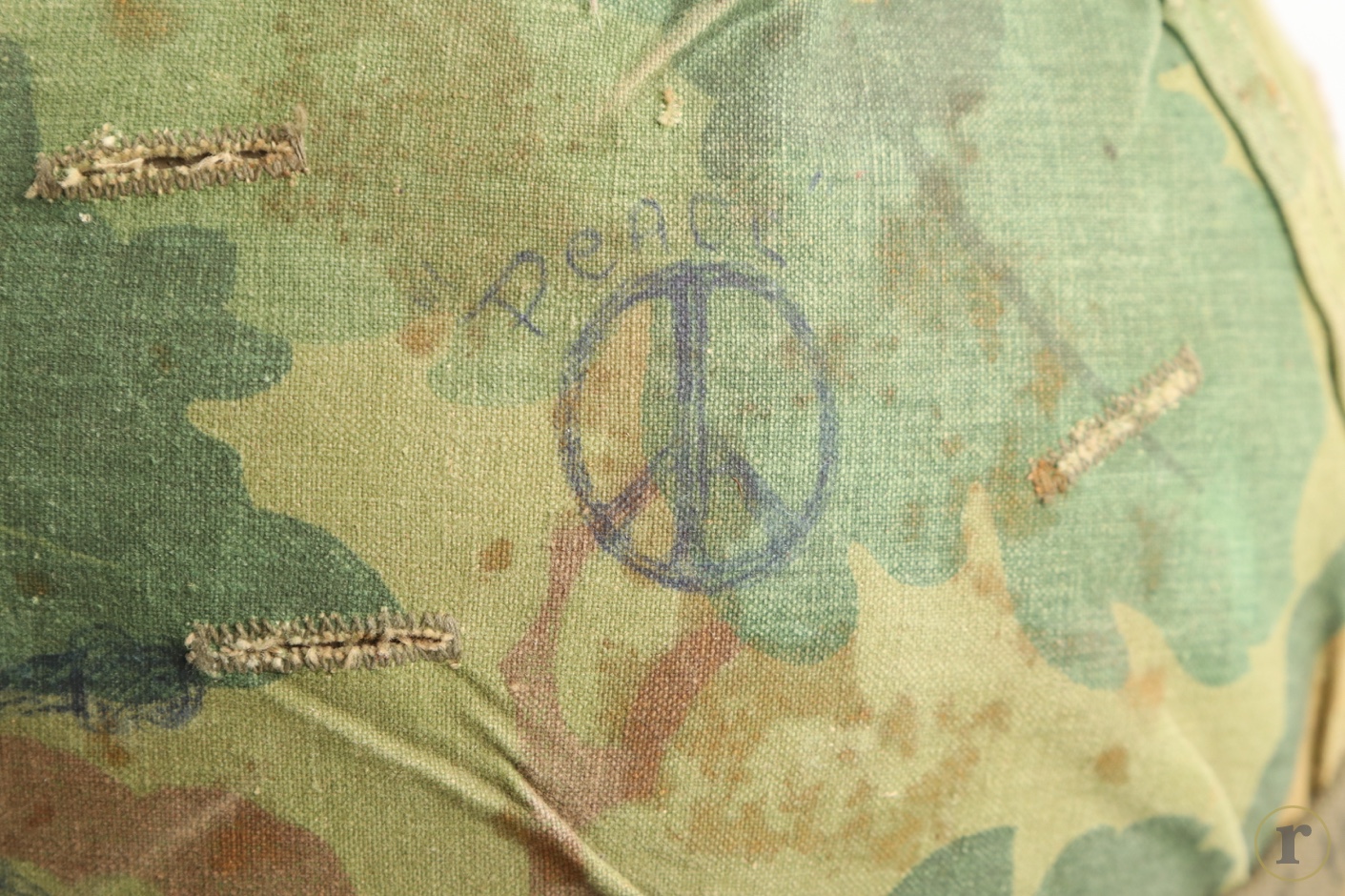 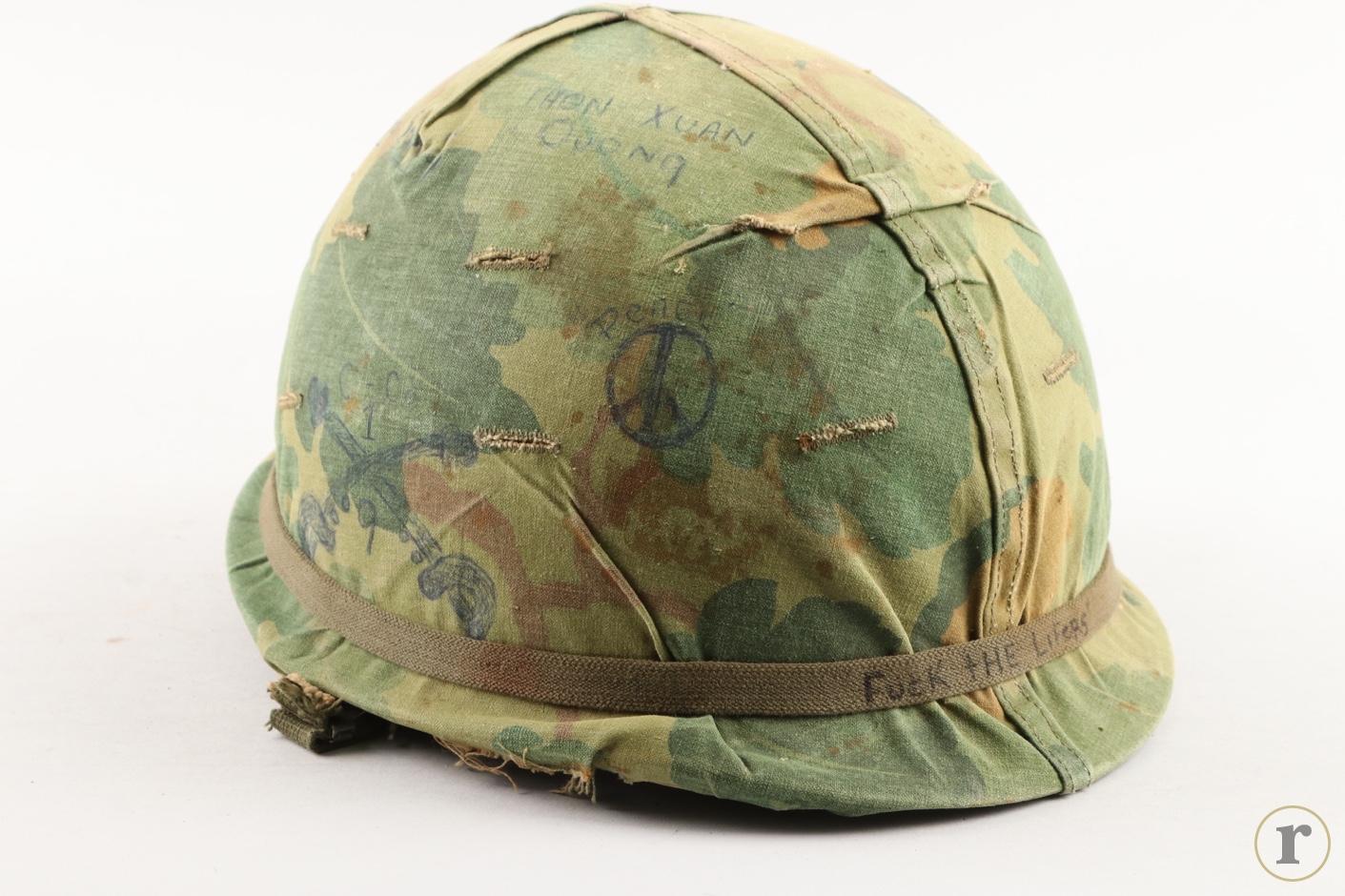 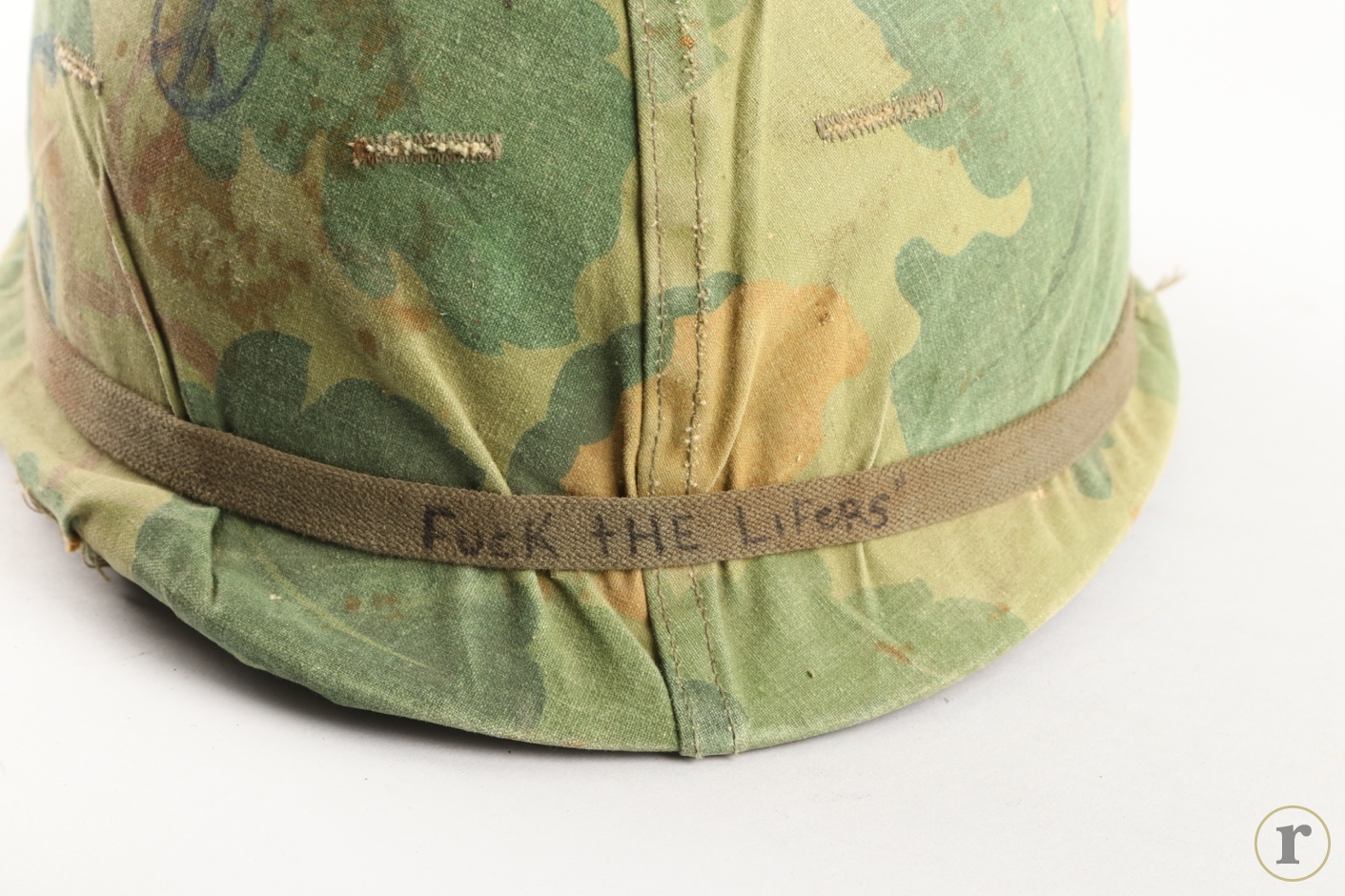 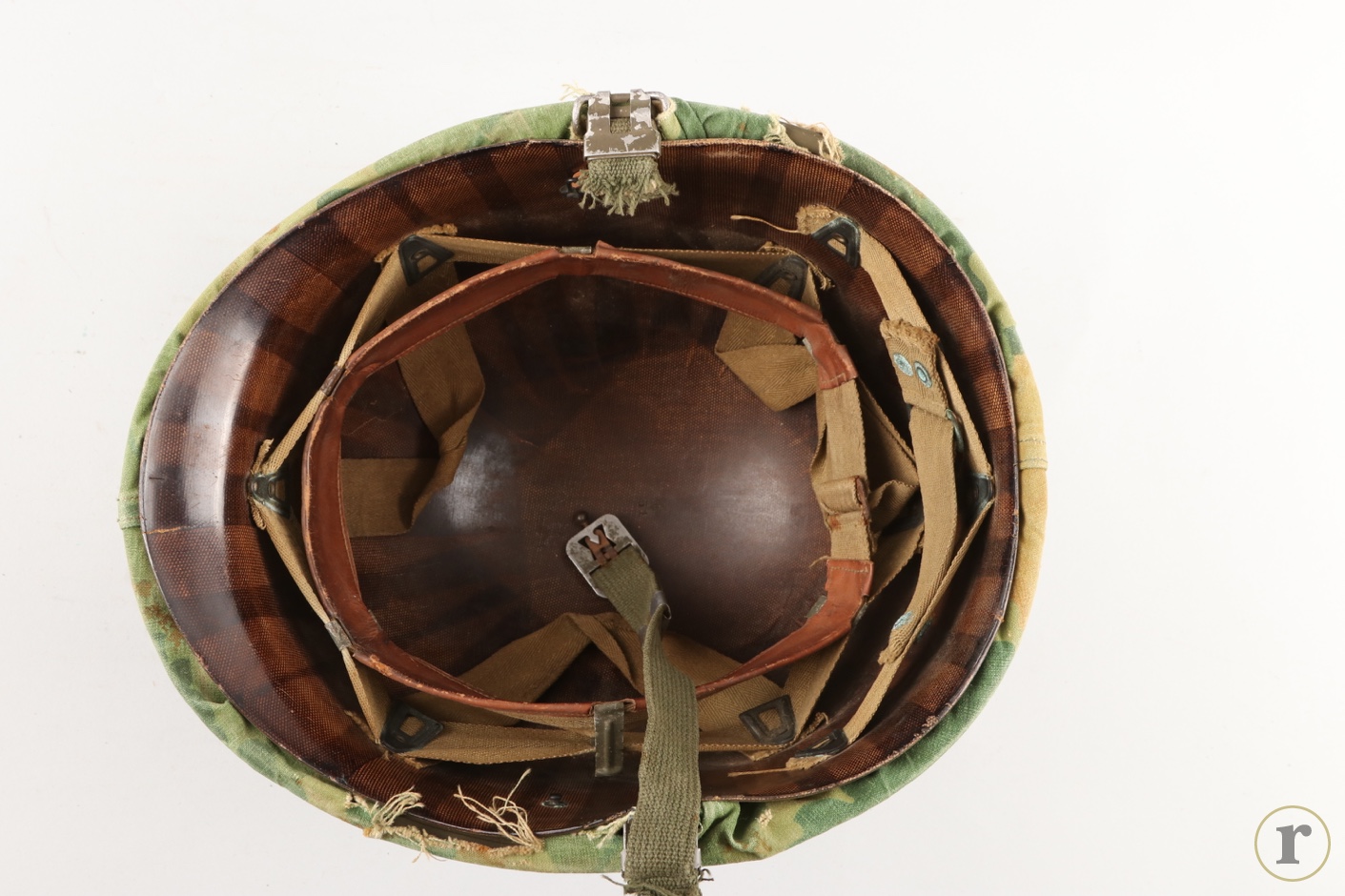 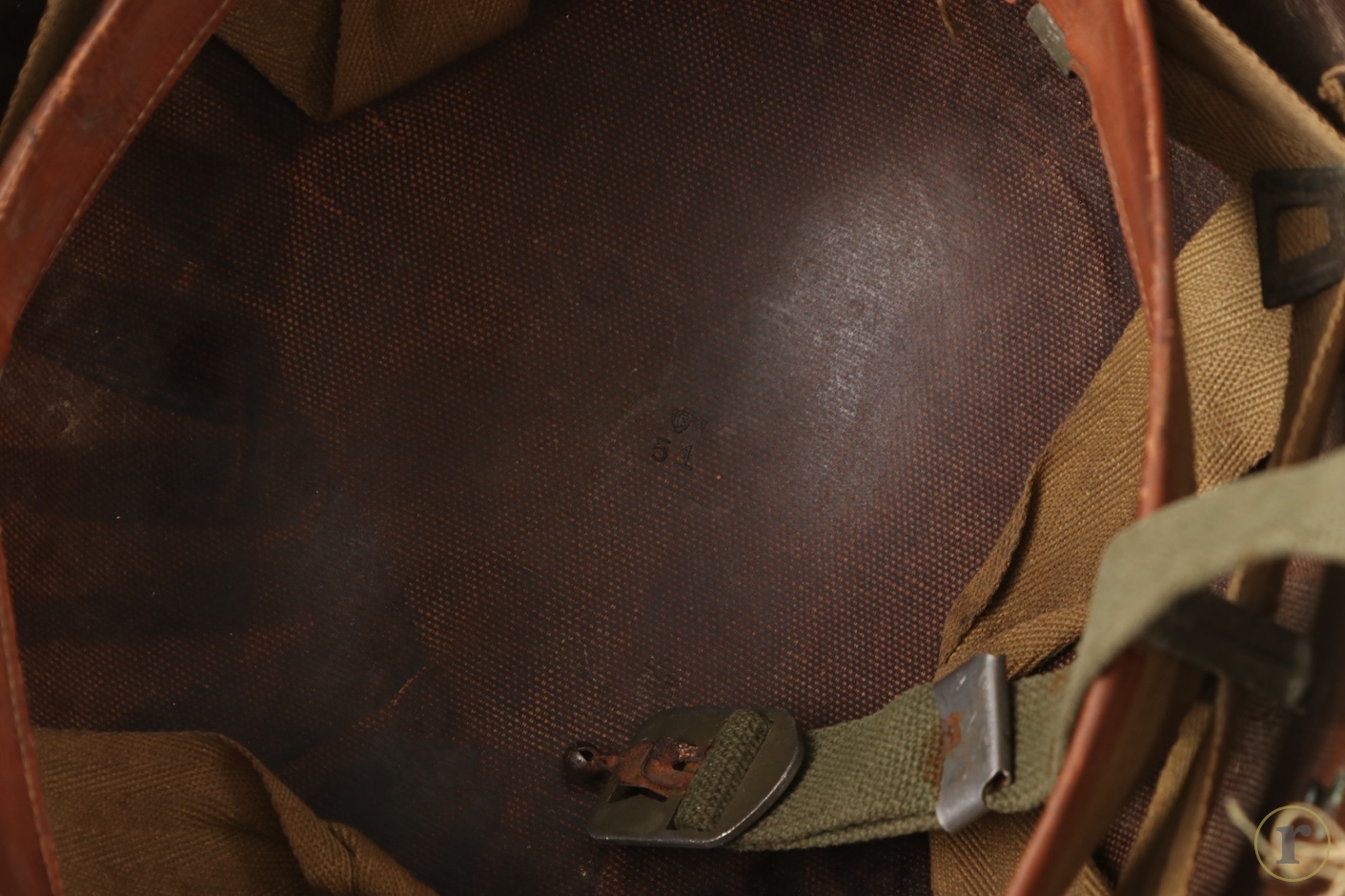