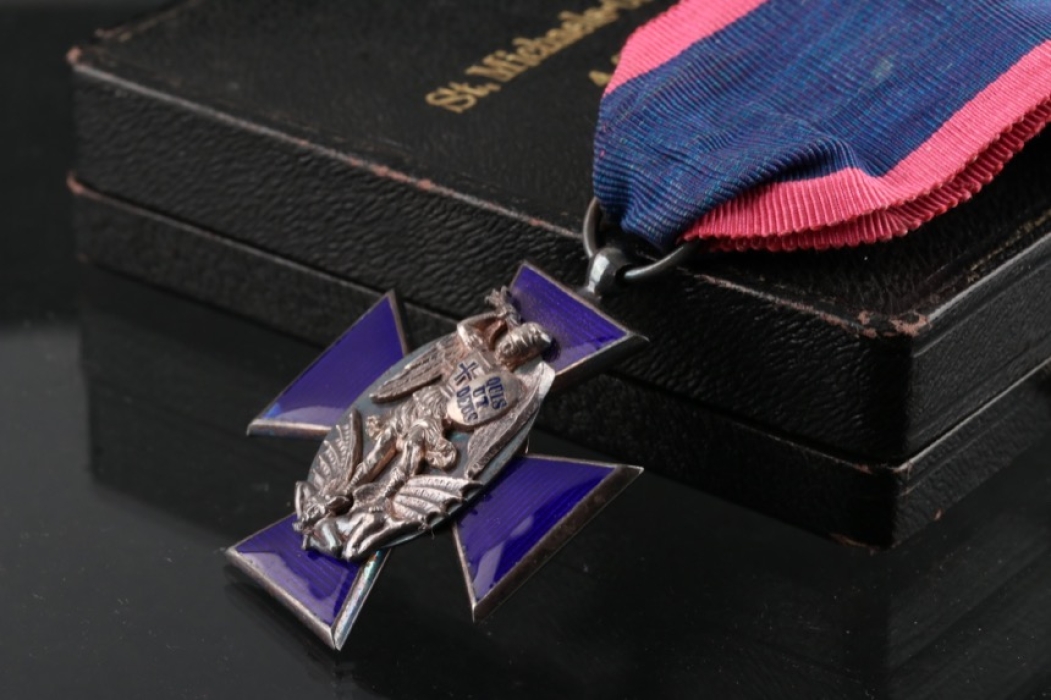 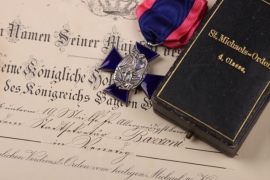 Here a lovely cased set of the 4th class. The cross is made from silver and enamel with a minor surface chip on the reverse. Marked “WC” on the cross’s cylinder for Weiss & Co in Munich. On original ribbon. The case is covered in brown leatherette and is marked in gold lettering on the lid for the order and it’s grade. Interior in wine red velvet and silk. Interior lid is marked in gold with the logo of the maker Jacob Leser.

The new order could be awarded to Bavarians and foreigners alike no matter of religious belief or social standing. The order's motto was:”PRINCIPI FIDELIS FAVERE PATRIAE” (Be true to the Prince and meritorious to the fatherland).

The order went through several changes during its existence. Grand crosses would wear the star on their right chest from 1844 on, yet the sash from the left shoulder to the right side of the body. In 1855 the Grand Commander Class was added, the knight cross was split in a knight cross 1st and 2nd class. Merit Cross and Merit Medal were added to the order in 1887 while redesigning the order and making it a true four class order (First, Second, Third and Fourth Class). A bronze merit medal was added in 1894. The honor cross was added in between knight 1st class and commander cross in 1910, as well as a 4th class without crown and the merit cross with crown.

The cross was a gold framed blue enameled patty cross showing the letters PFFP (PRINCIPI FIDELIS FAVERE PATRIA) on its arms. Around the medallion a wreath of golden lightning bolts is placed within and on the cross arms. The avers medallion consists of a golden oval plate showing the golden patron Michael in knight armor standing over the dragon upholding lightning bolts. He holds in his left hand a shield with the blue enameled inscription:”QUIS UT DEUS” (Who is like god). The reverse is of identical design, yet the plain round golden center medallion shows the inscription:”VIRTUTI”. The Cross is suspended from a golden Bavarian crown. The star is an eight pointed one with a patty cross in gold showing the silver letters PFFP in its arms. The blue enameled center shows the gold inscription:”QUIS UT DEUS” and is framed by a diamond cut silver frame just like the cross arms.

The design for decorations after 1887 does not show the letters and lightning bolts for the classes 2 to 4. Only the 1st class retained the original design. 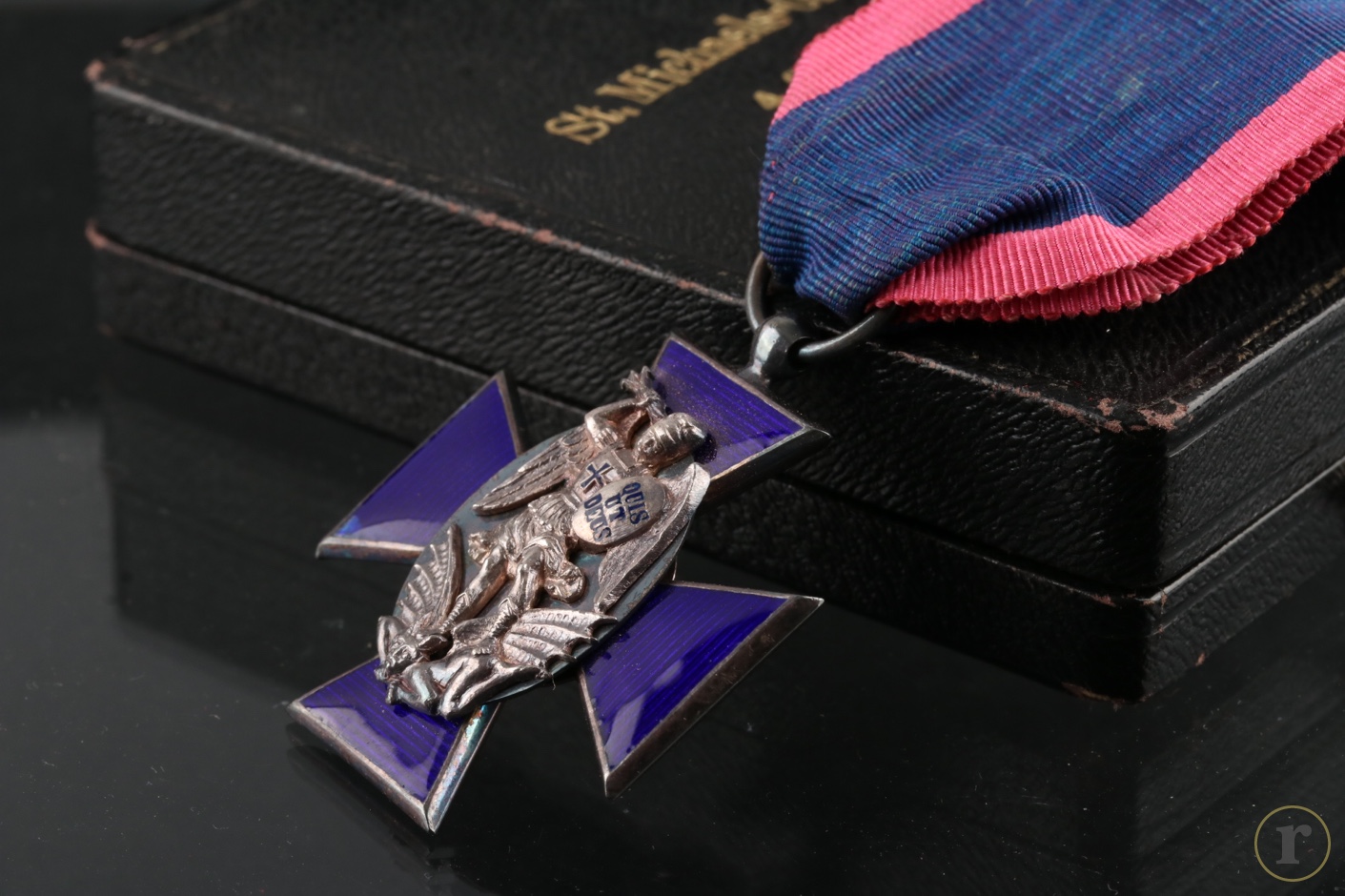 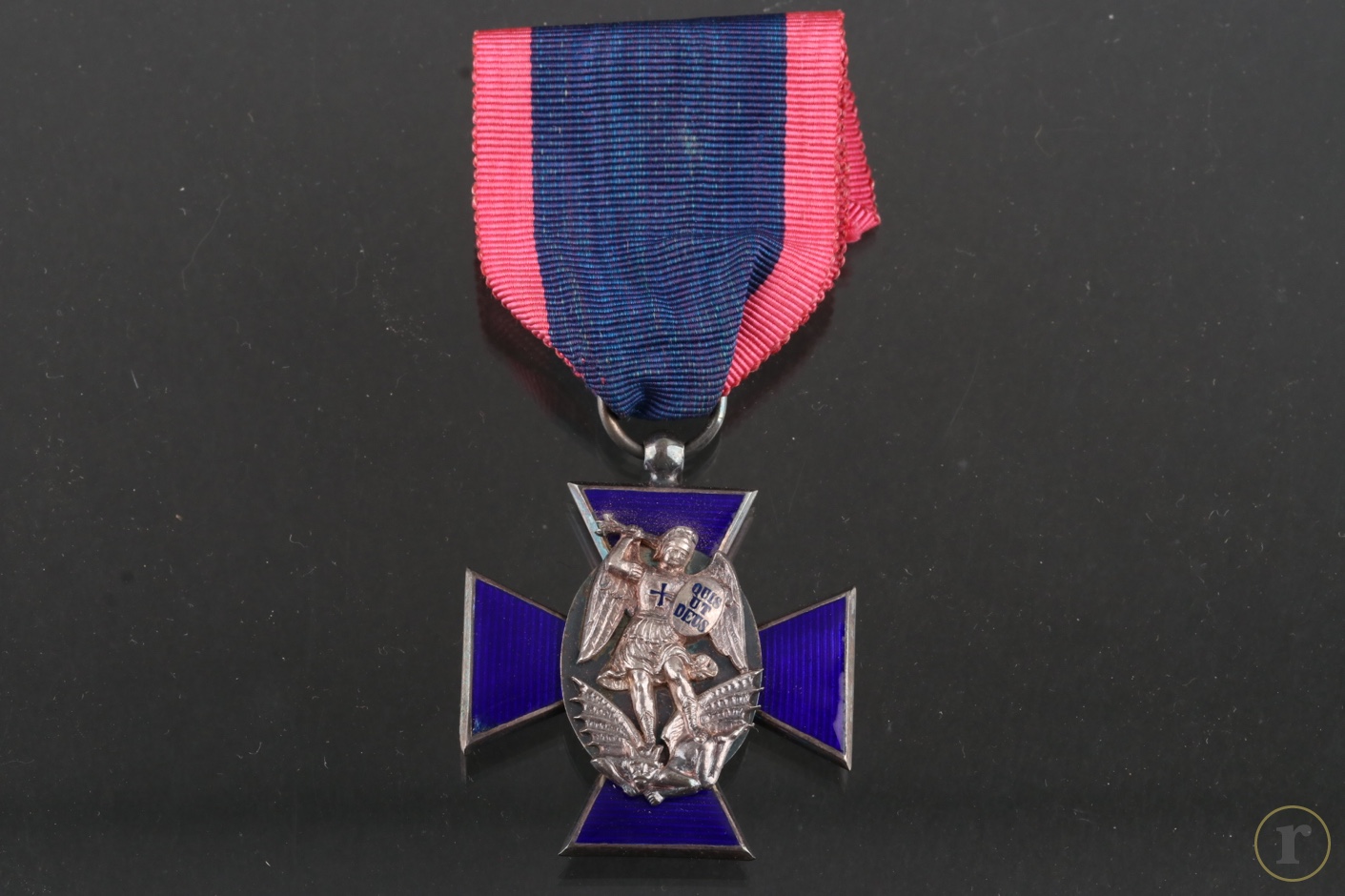 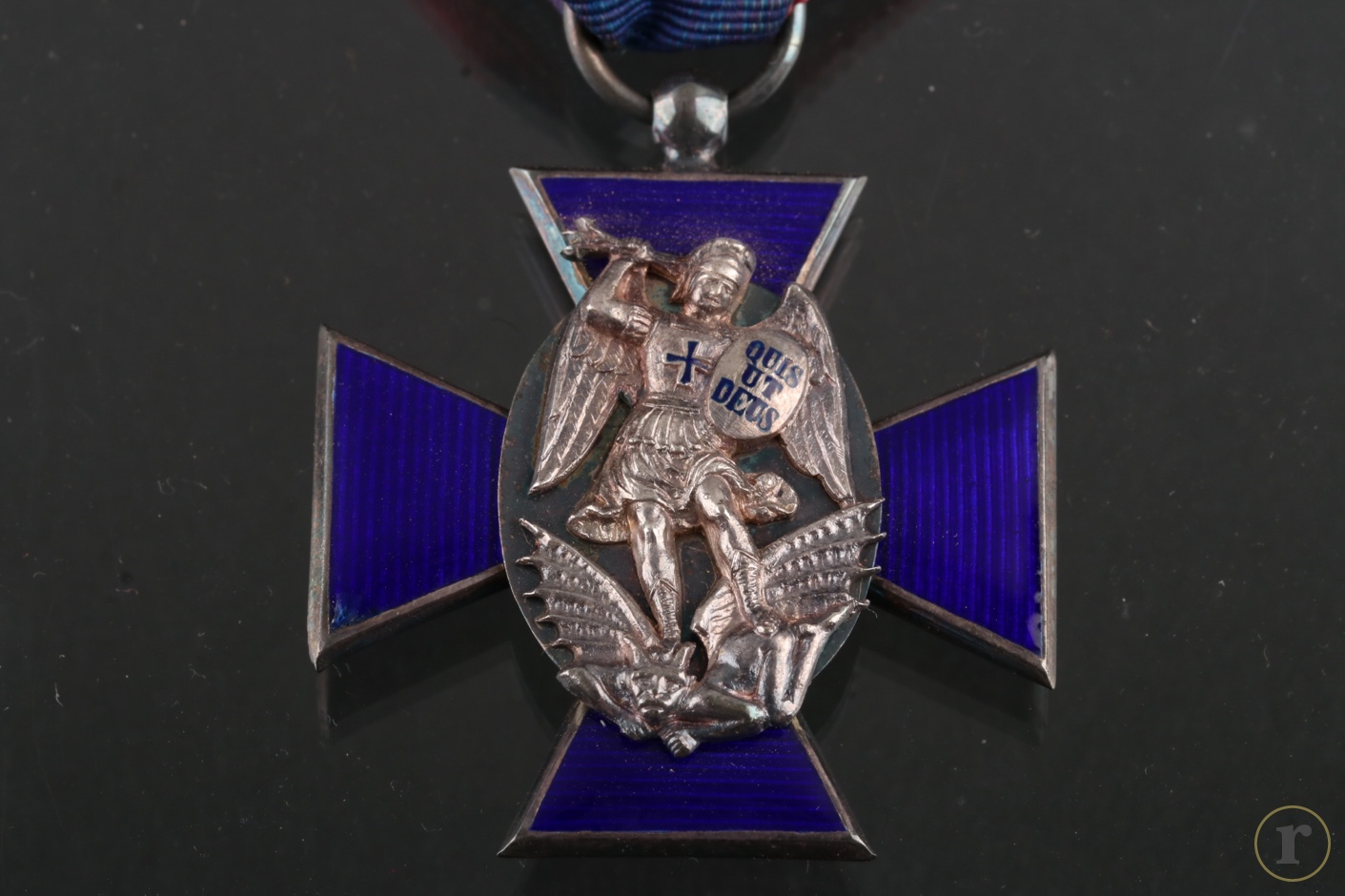 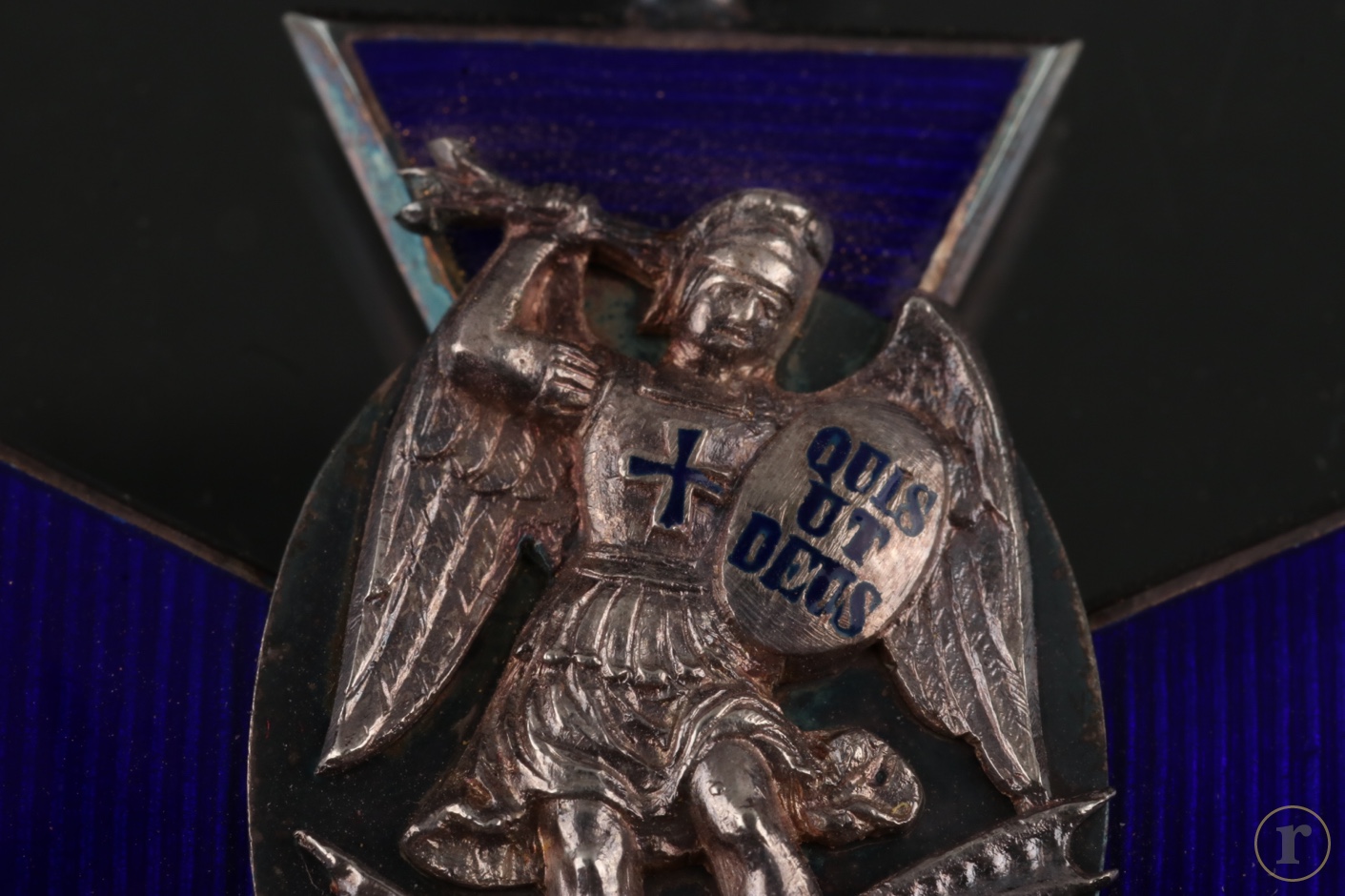 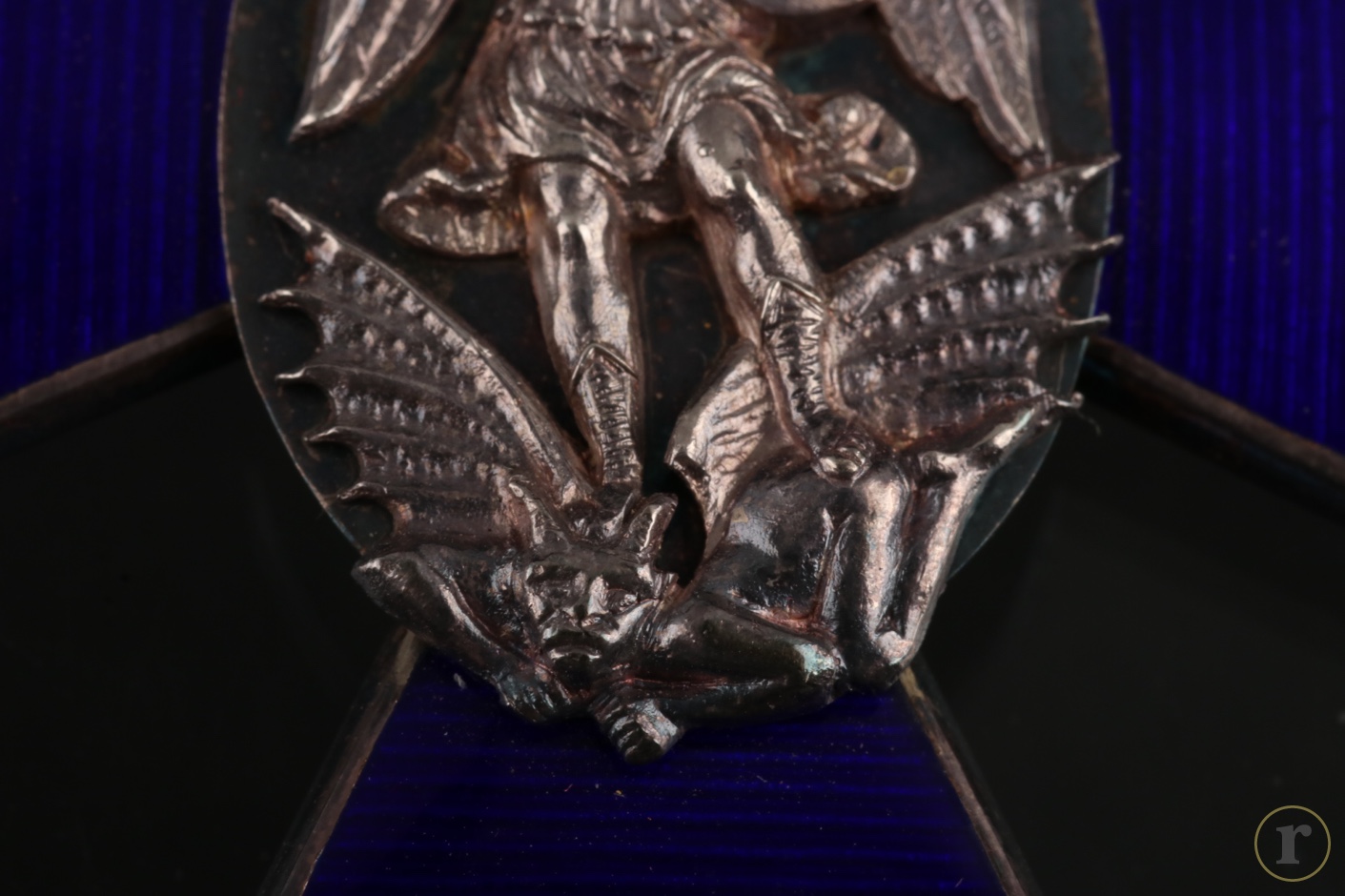 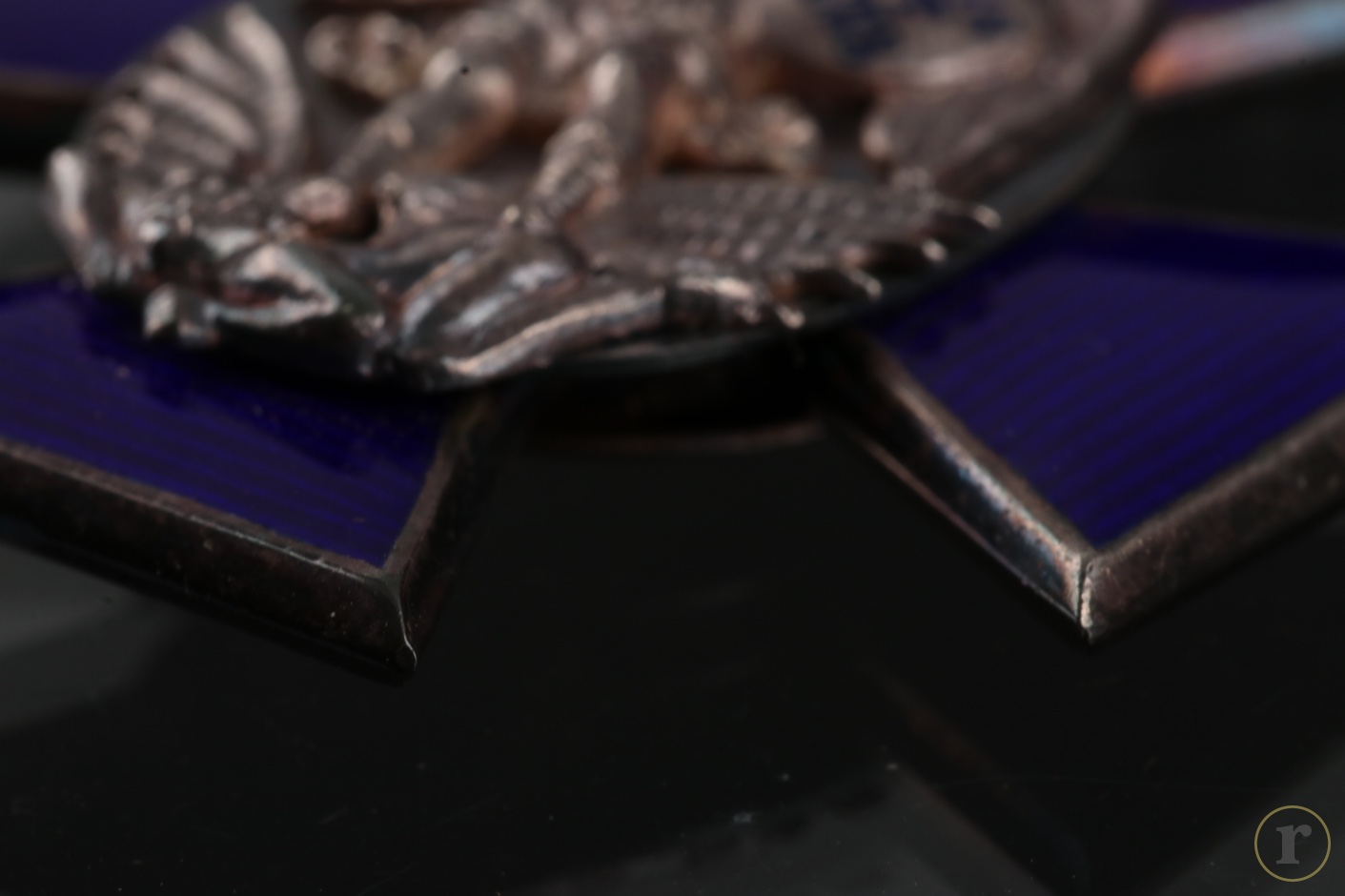 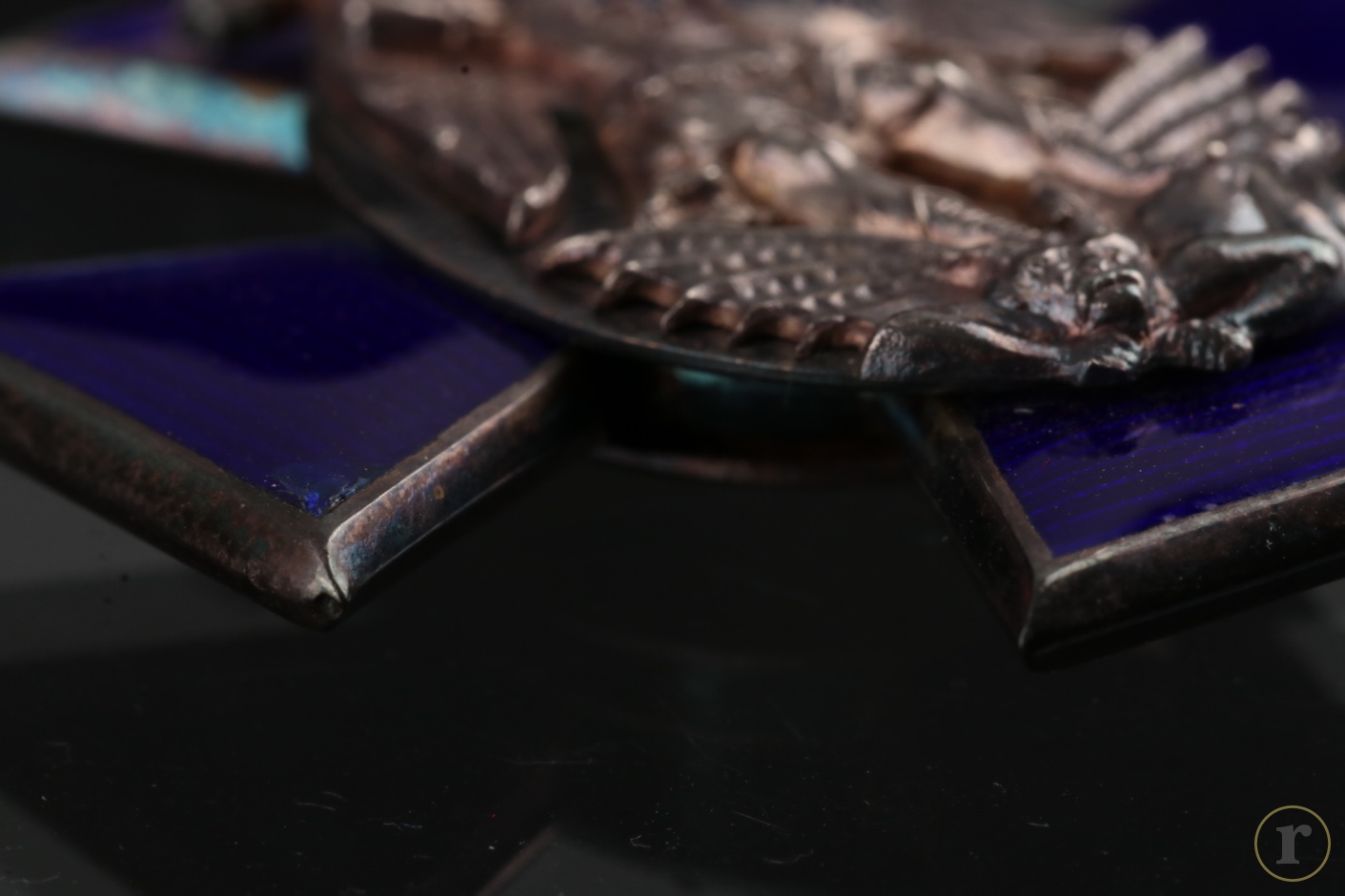 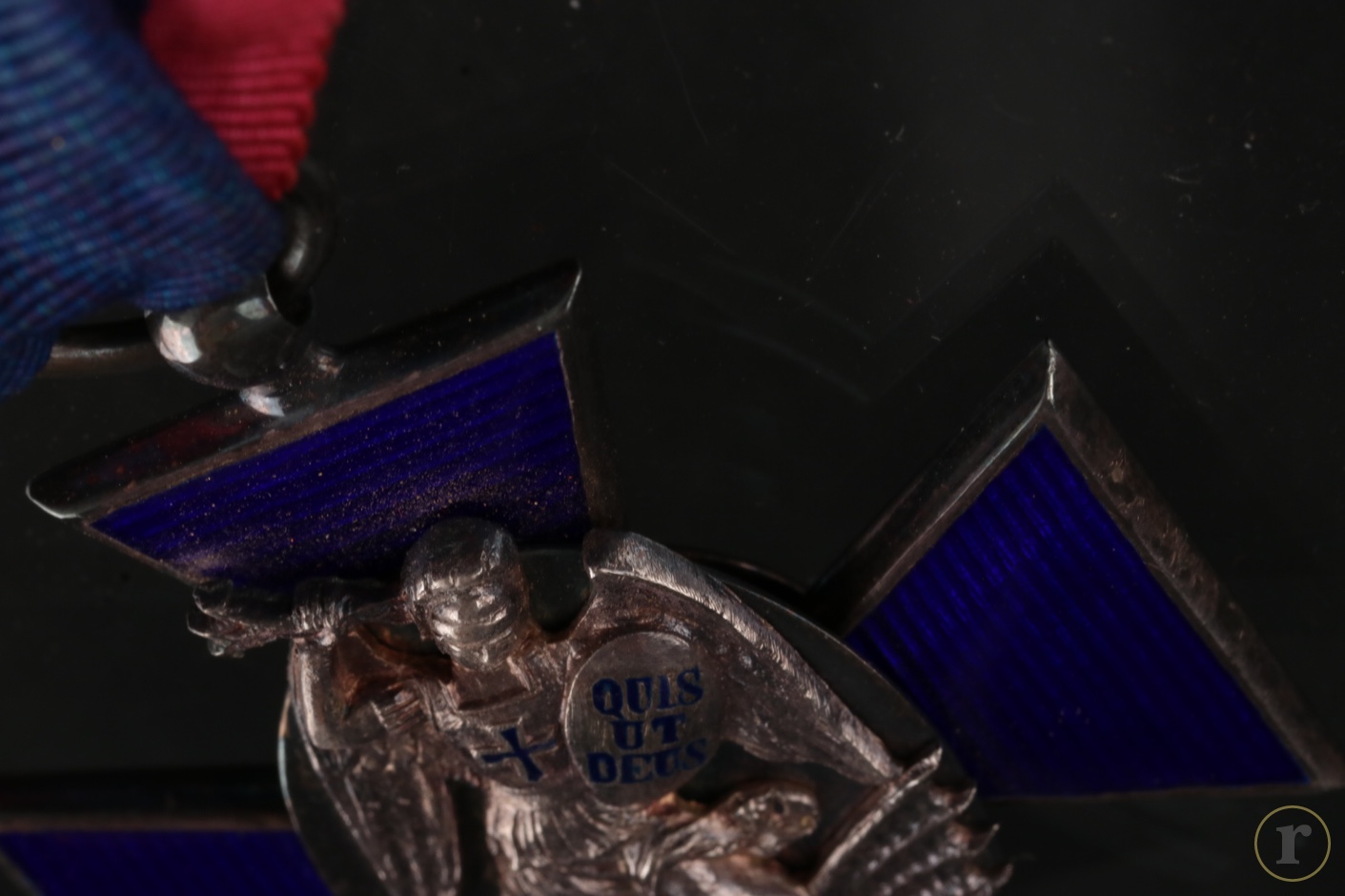 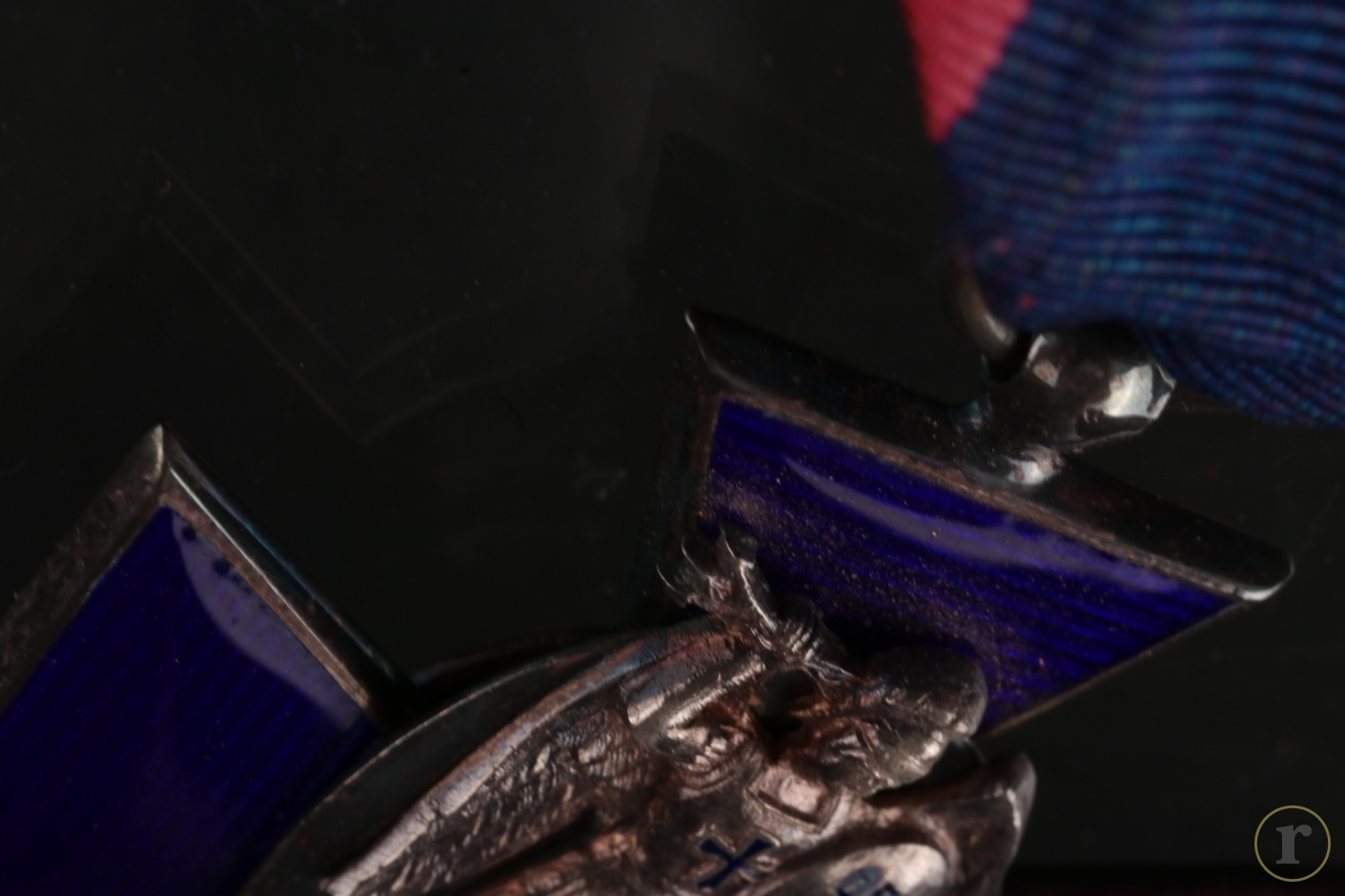 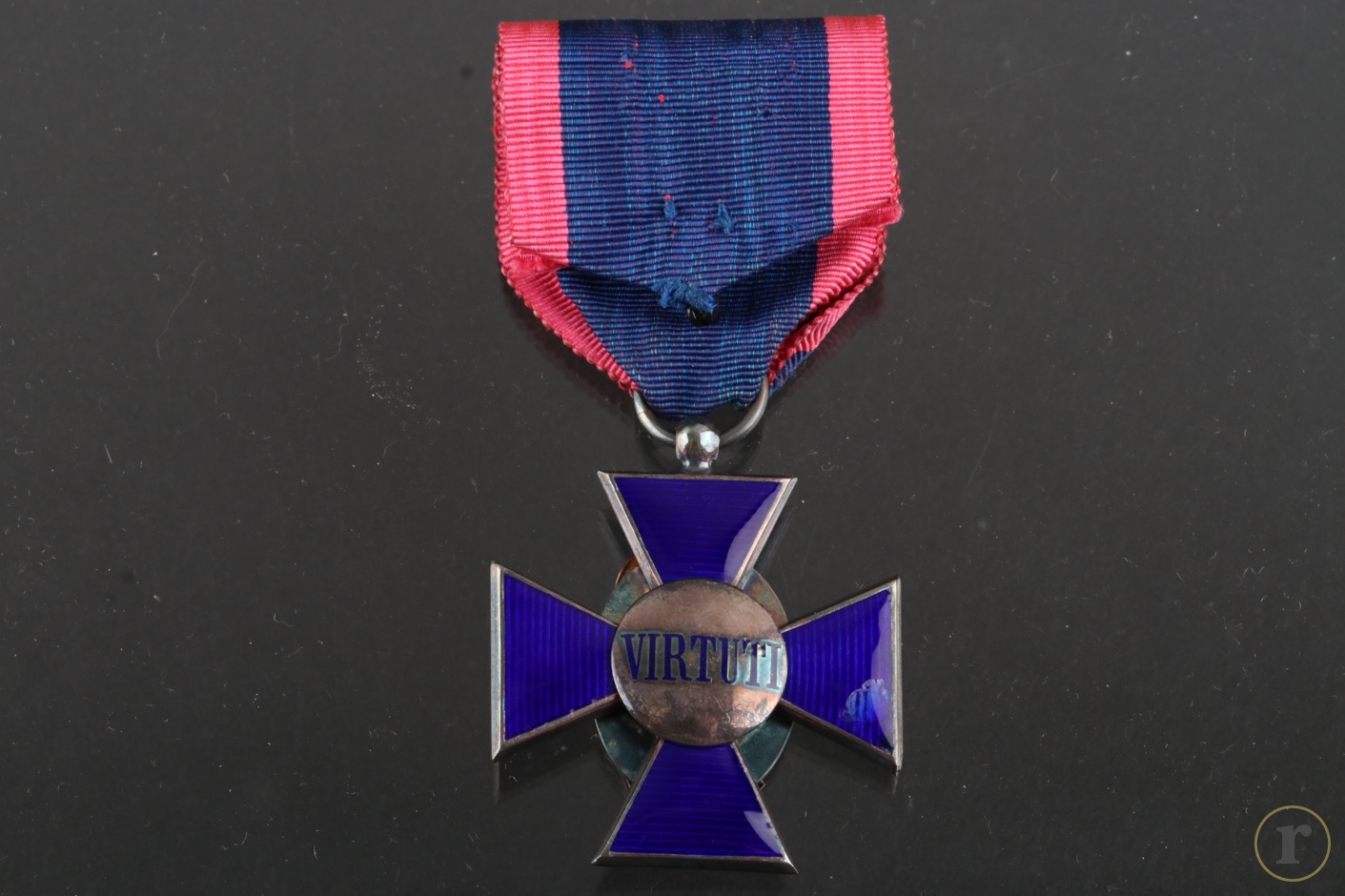 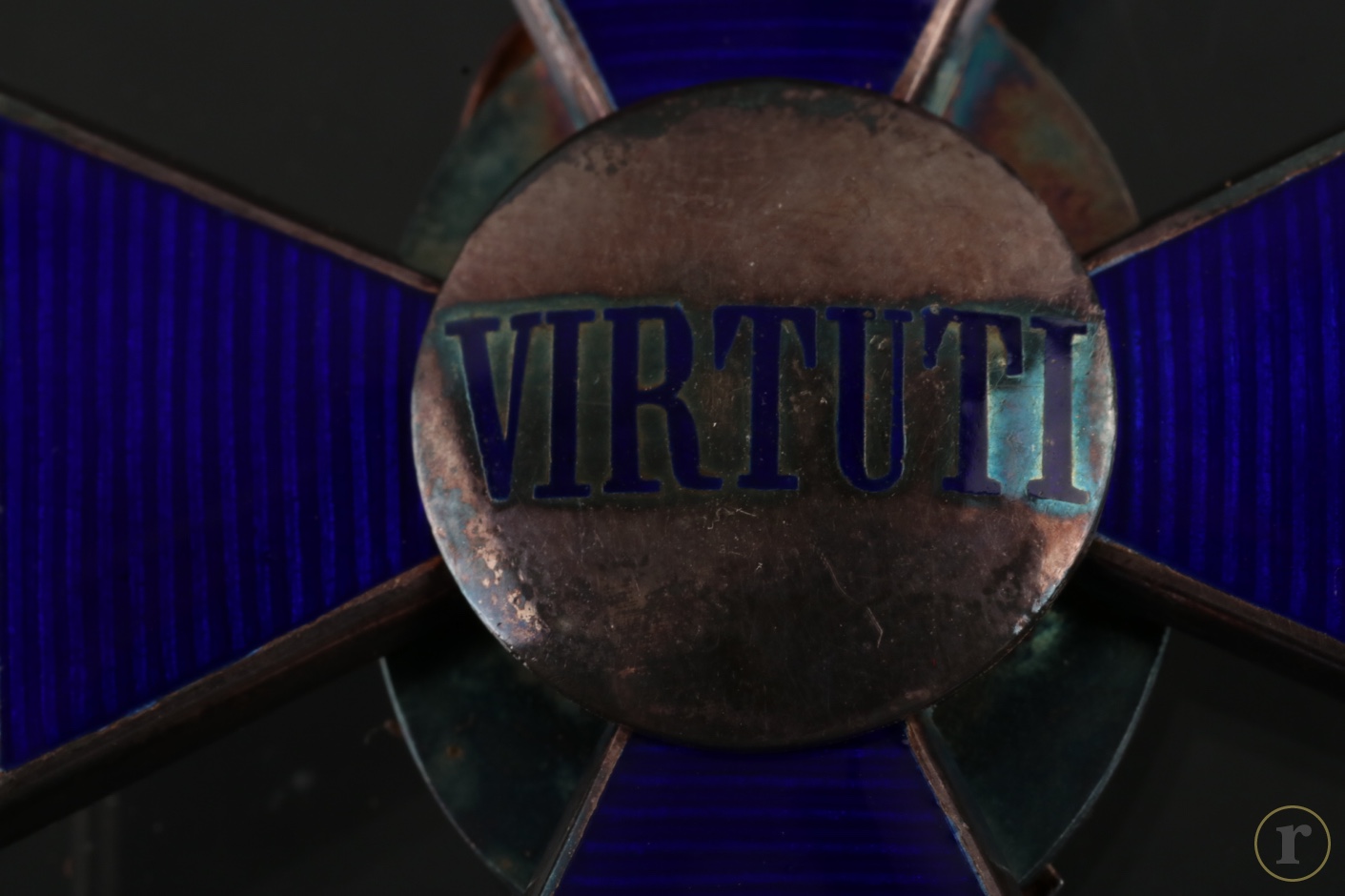 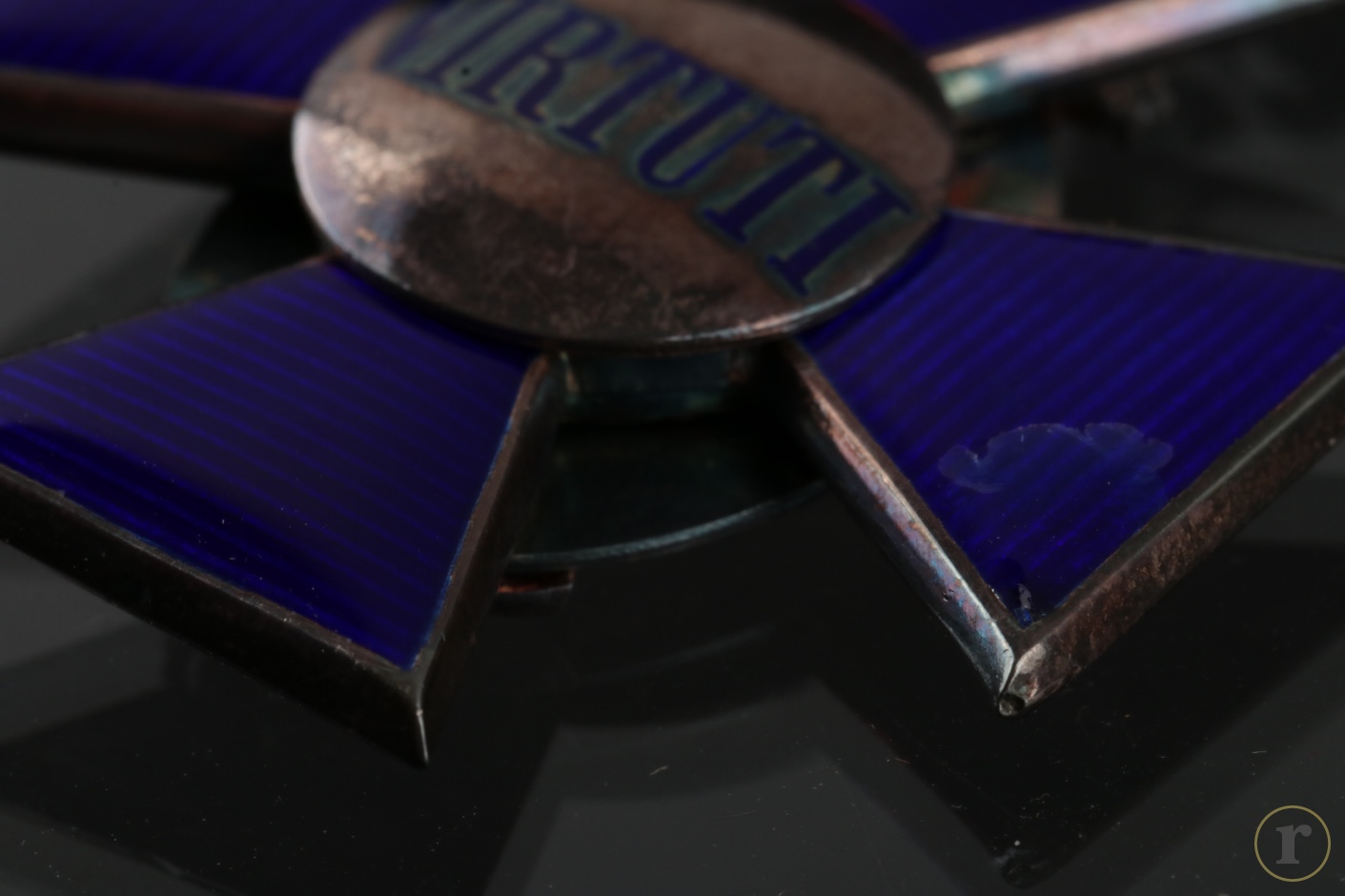 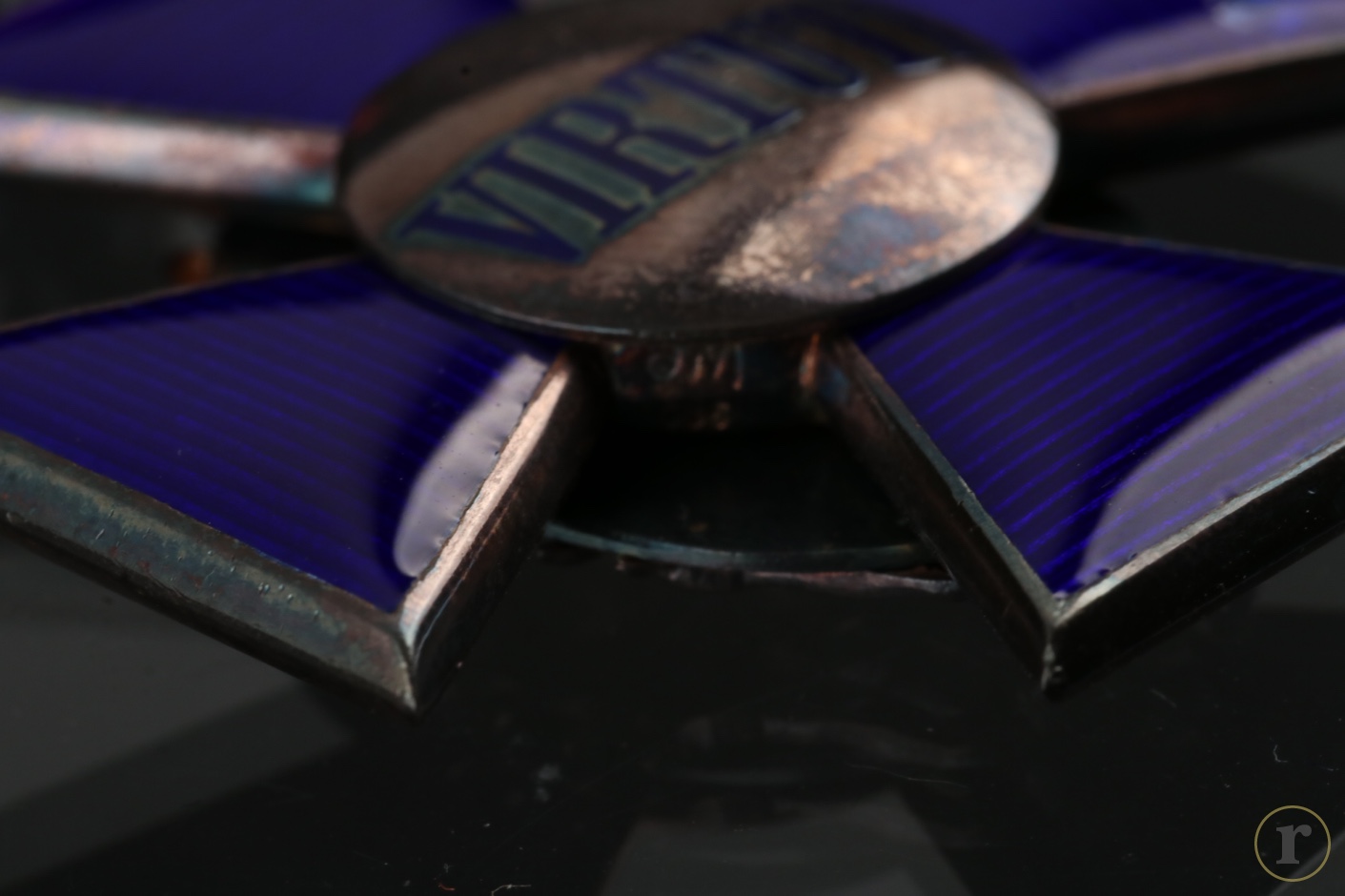 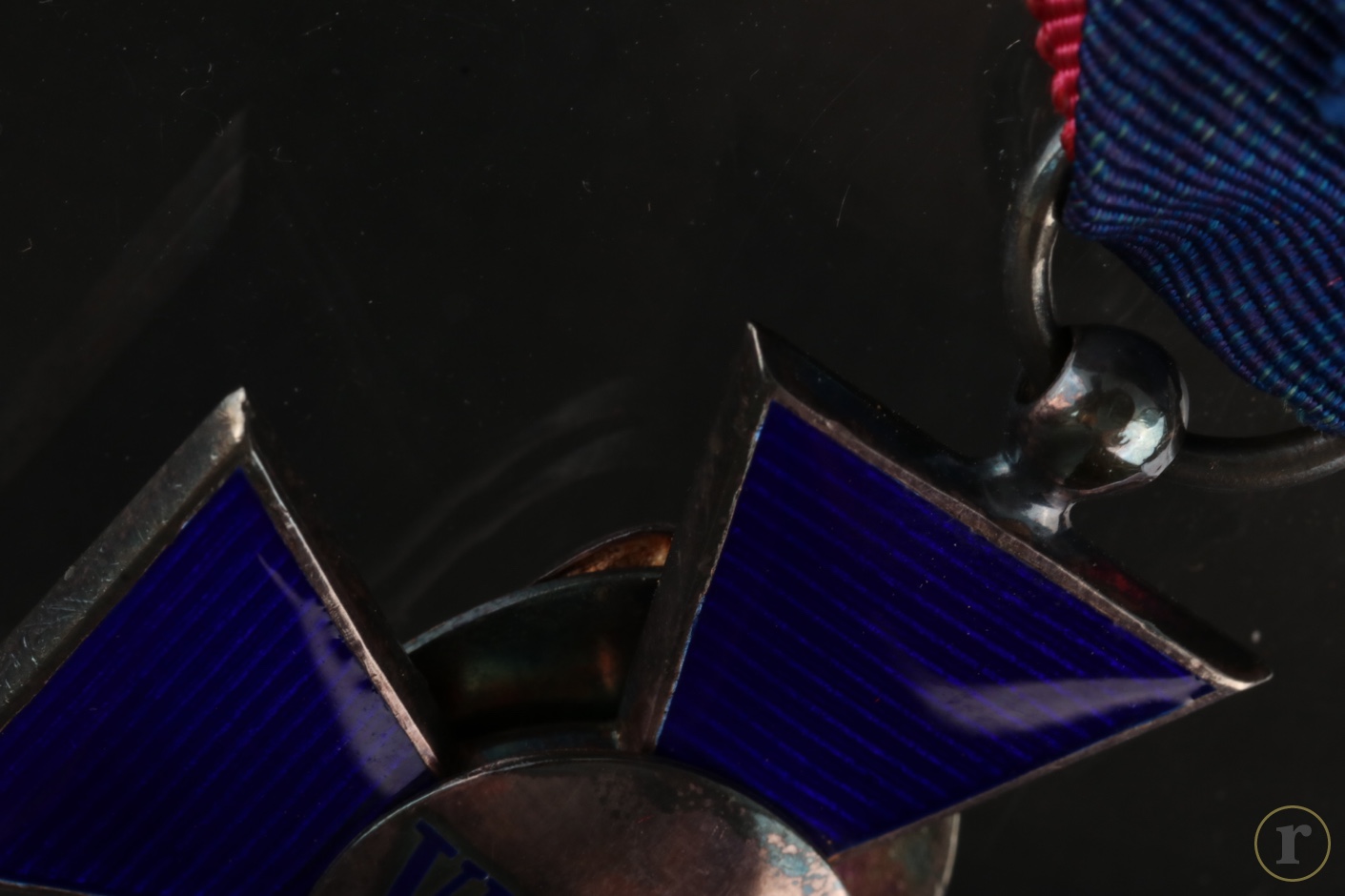 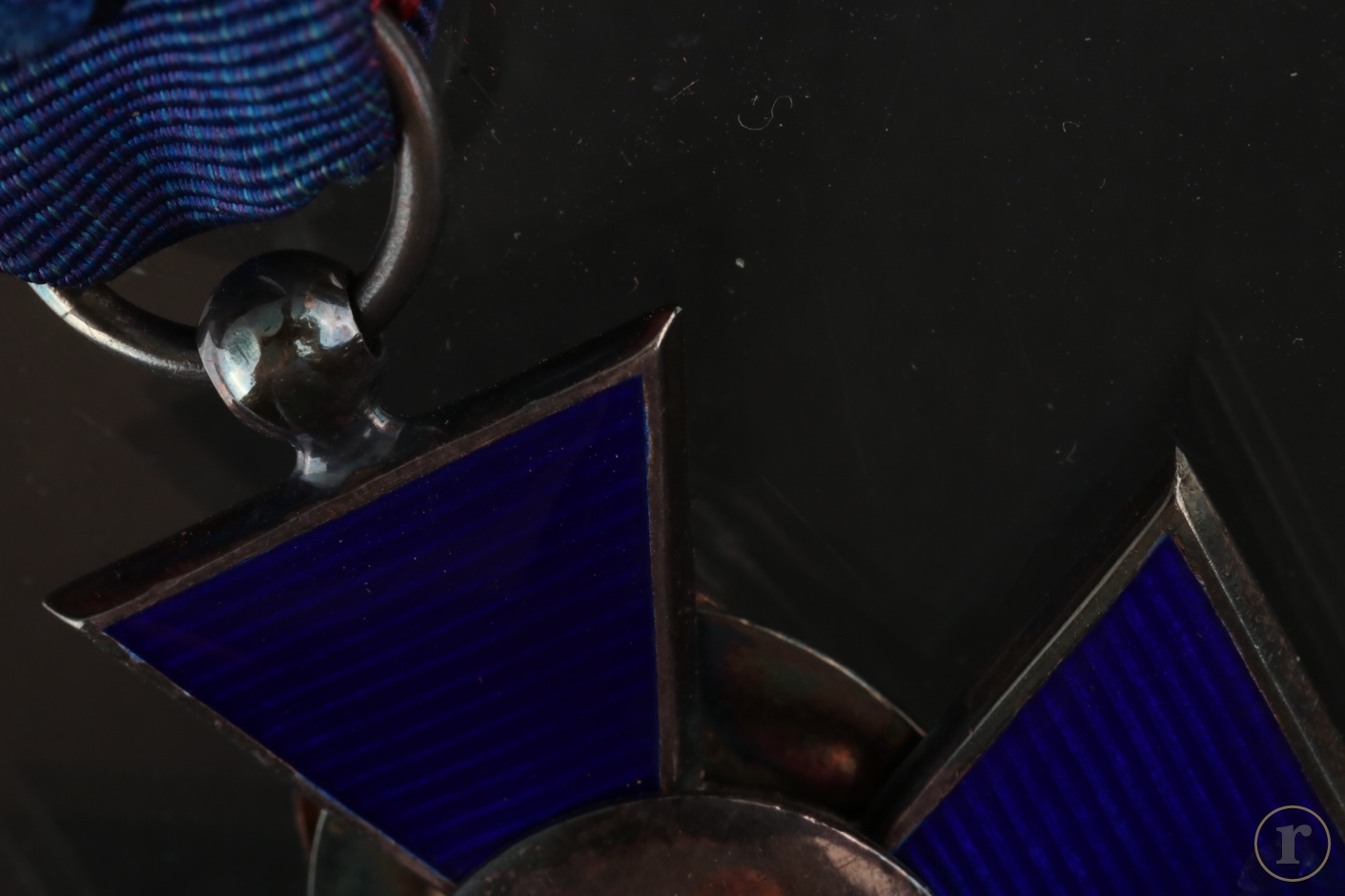 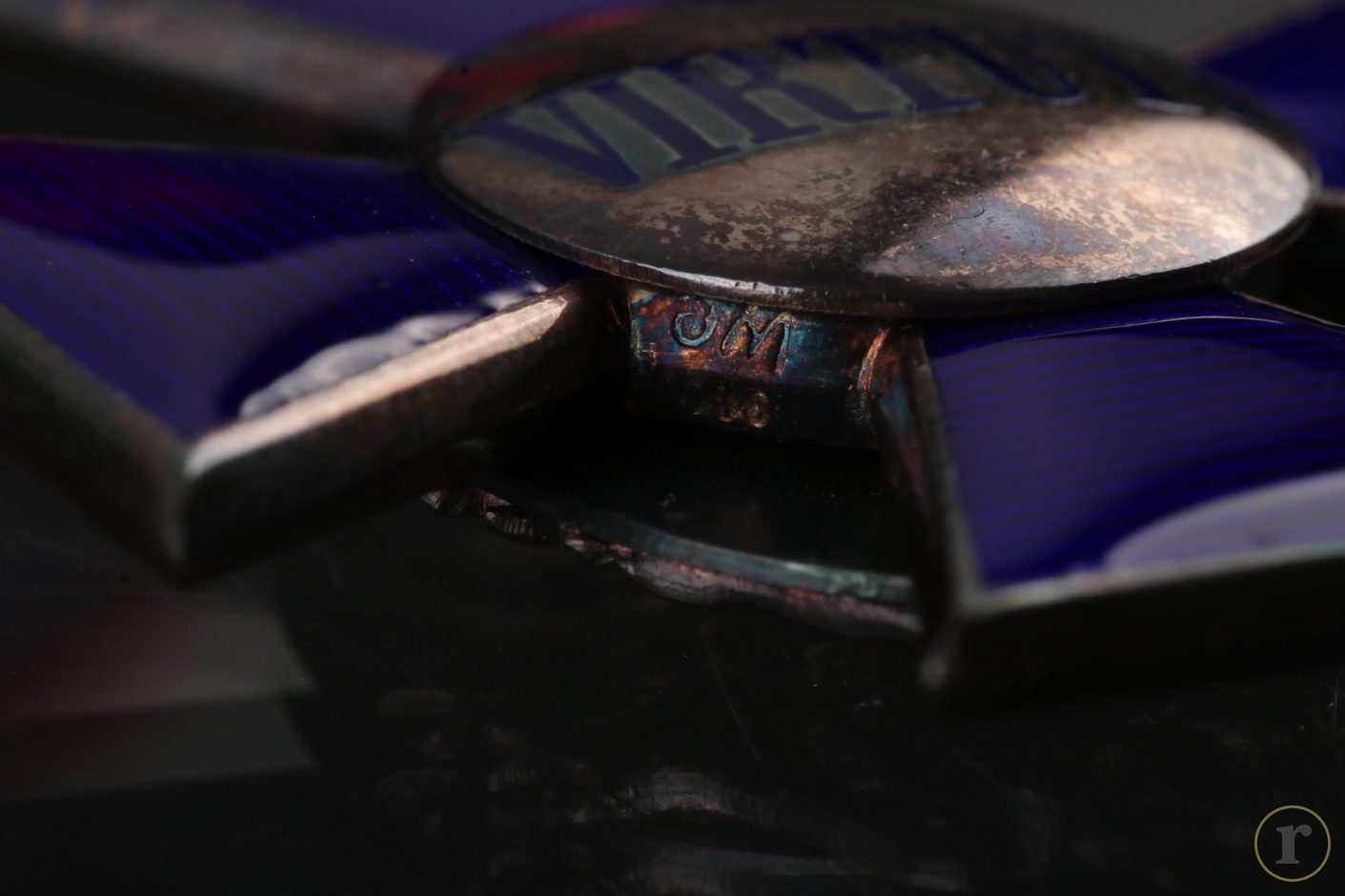 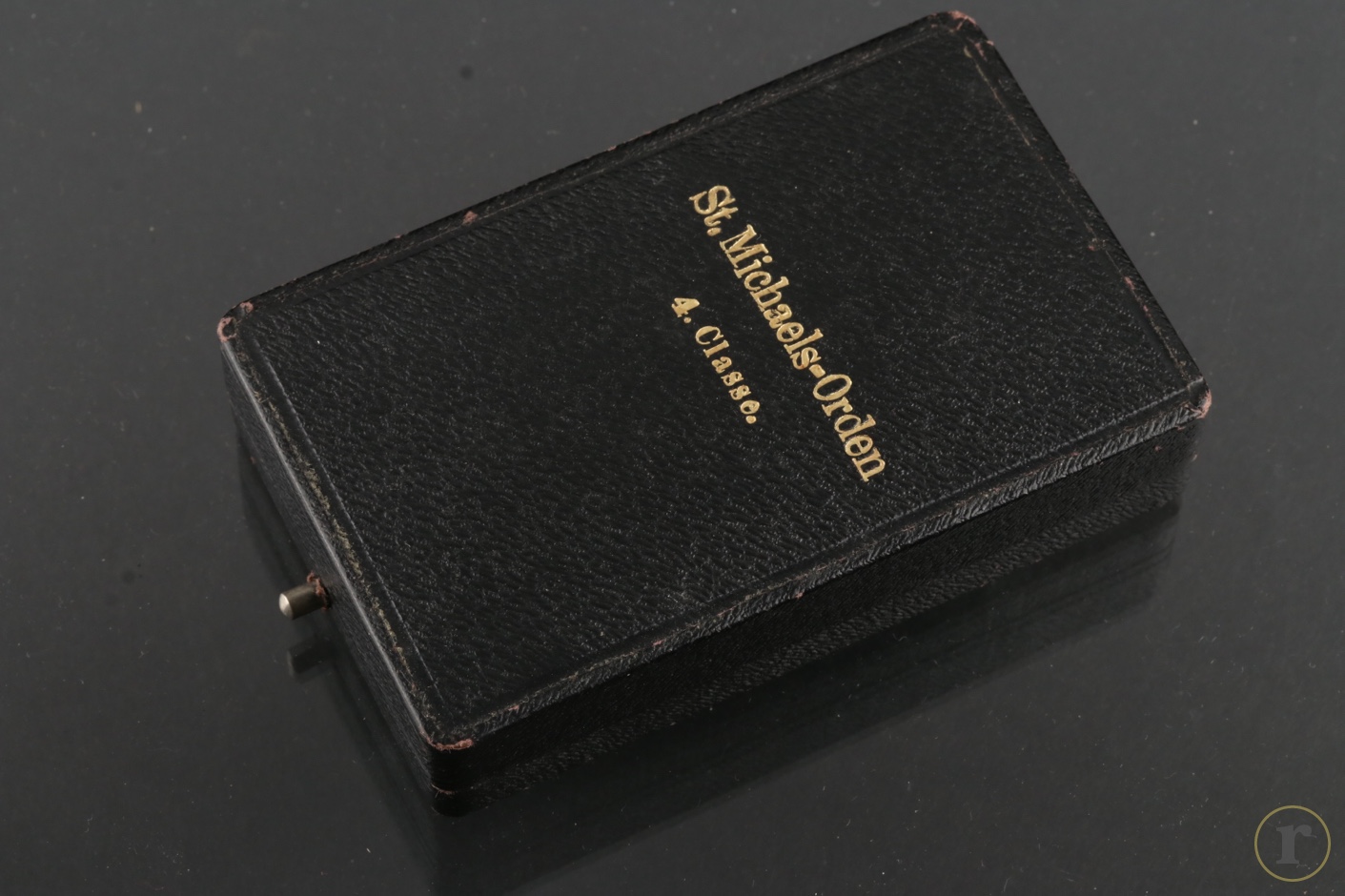 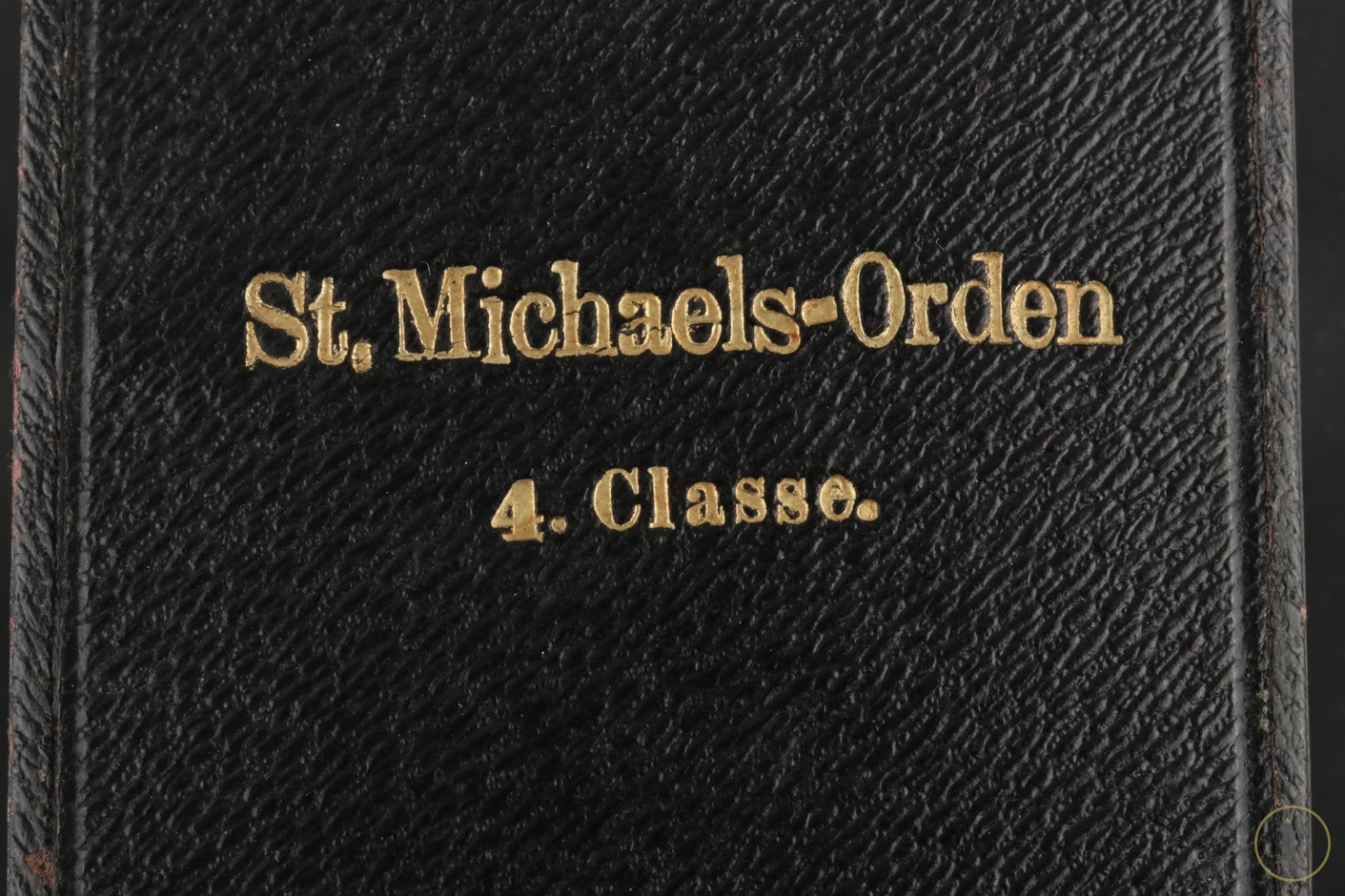 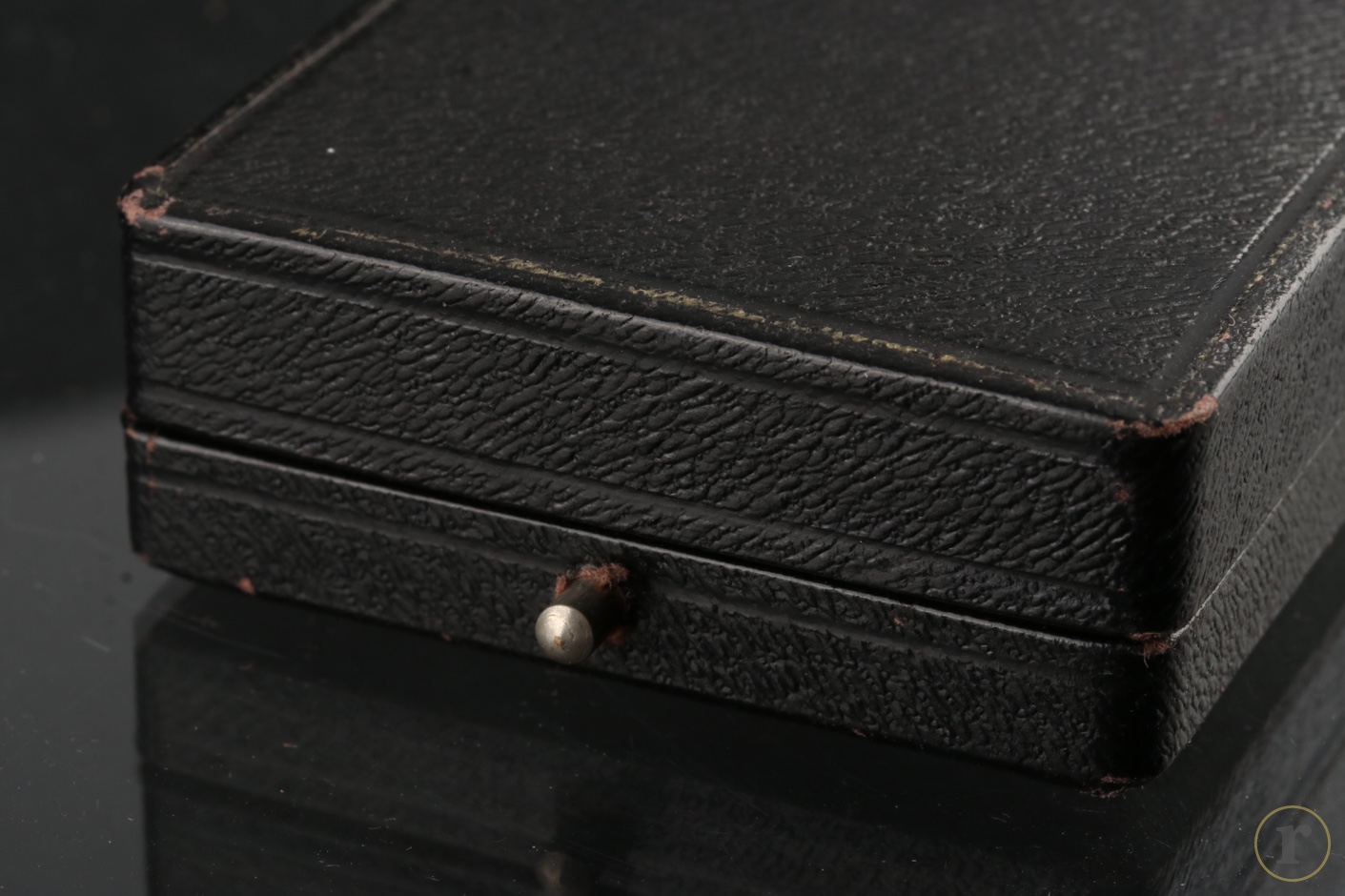 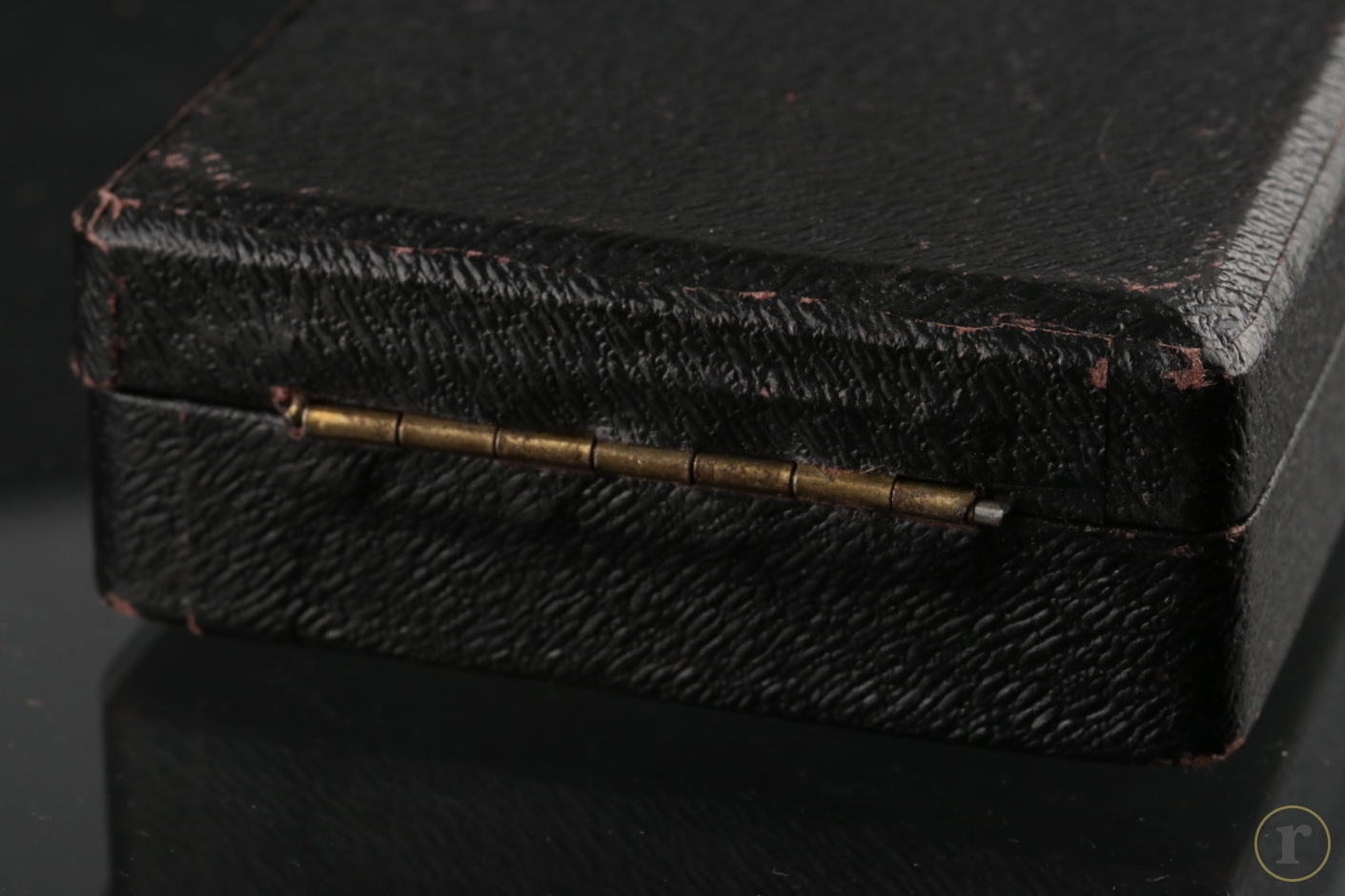 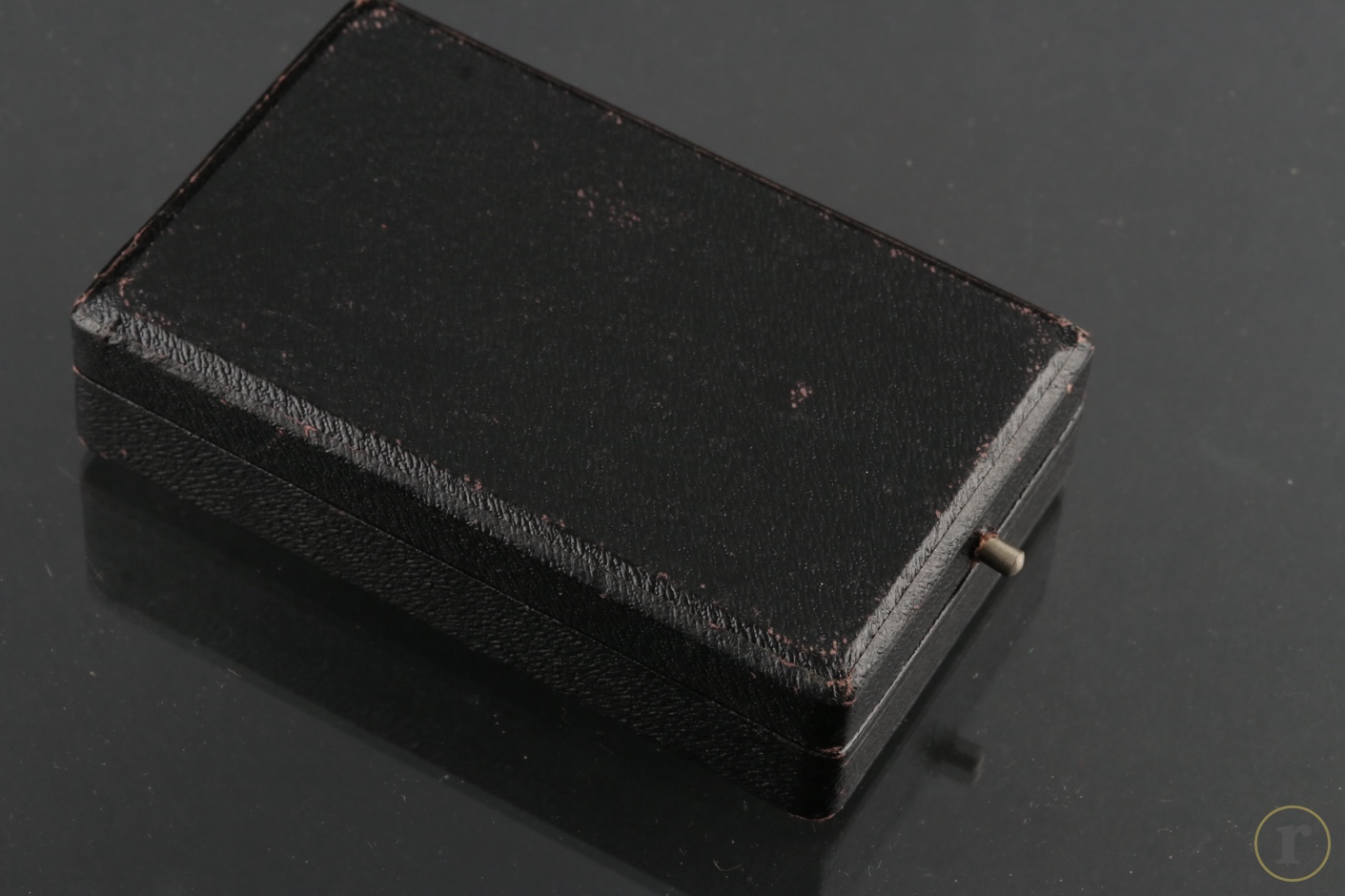 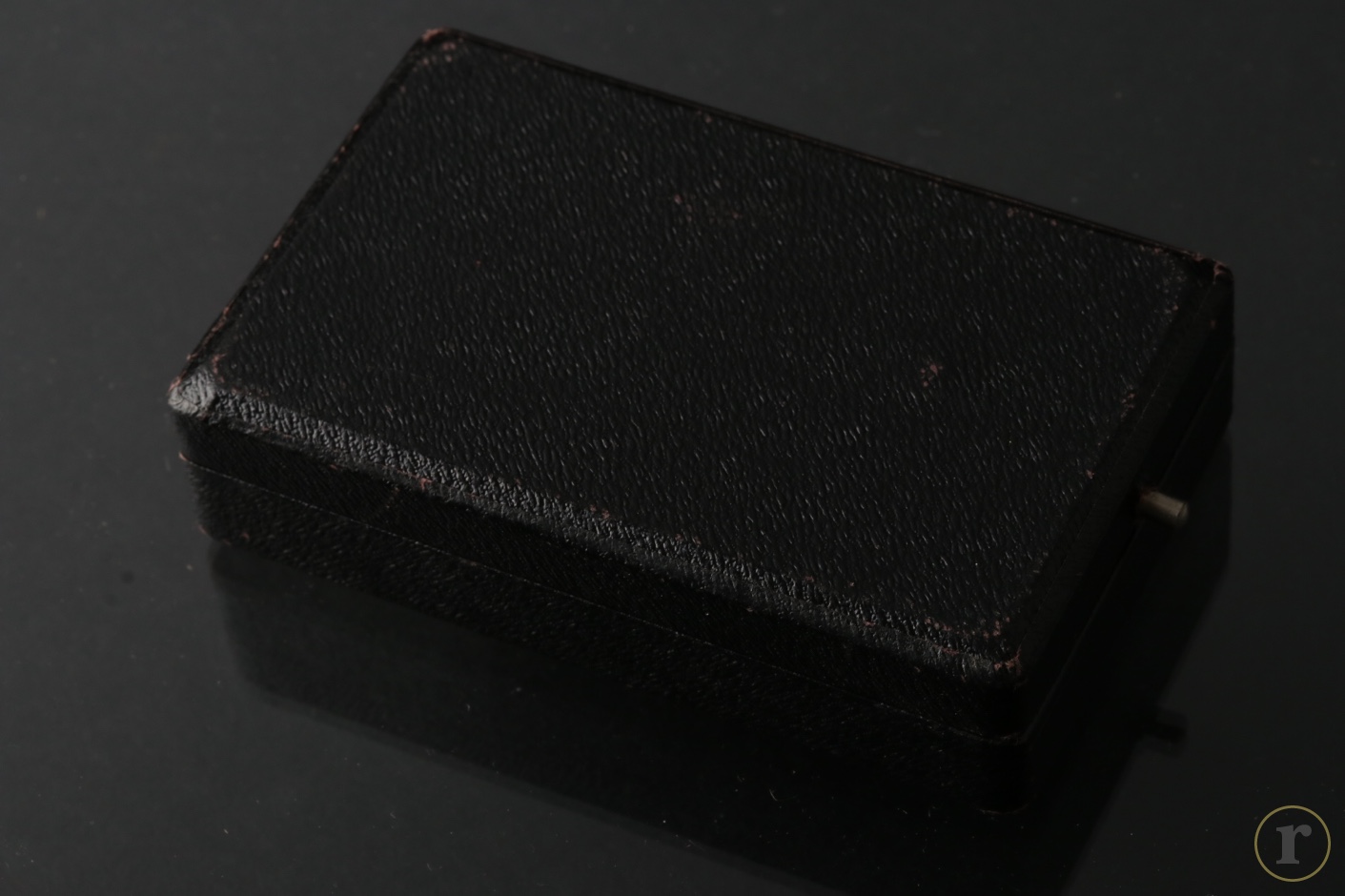 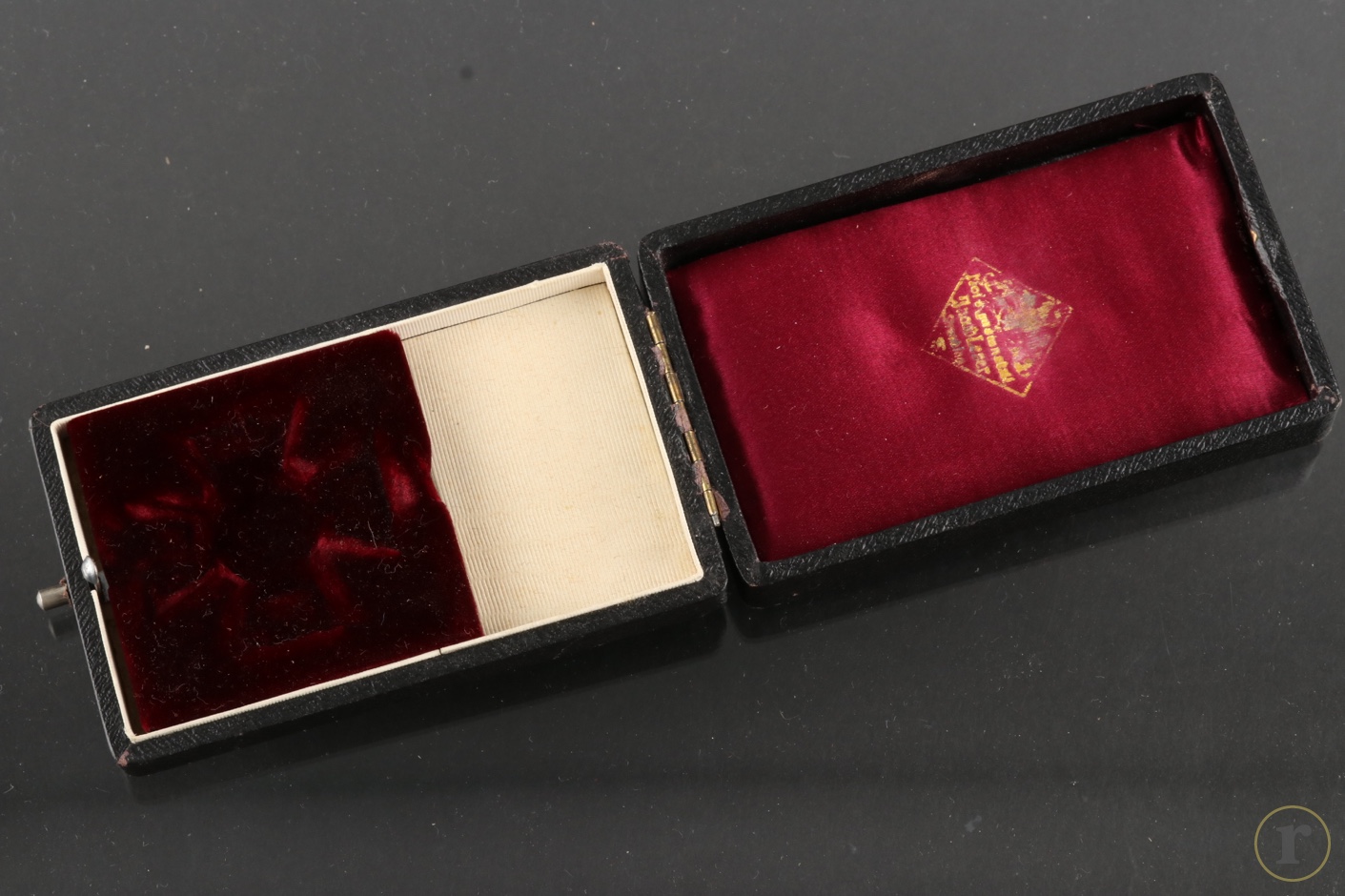 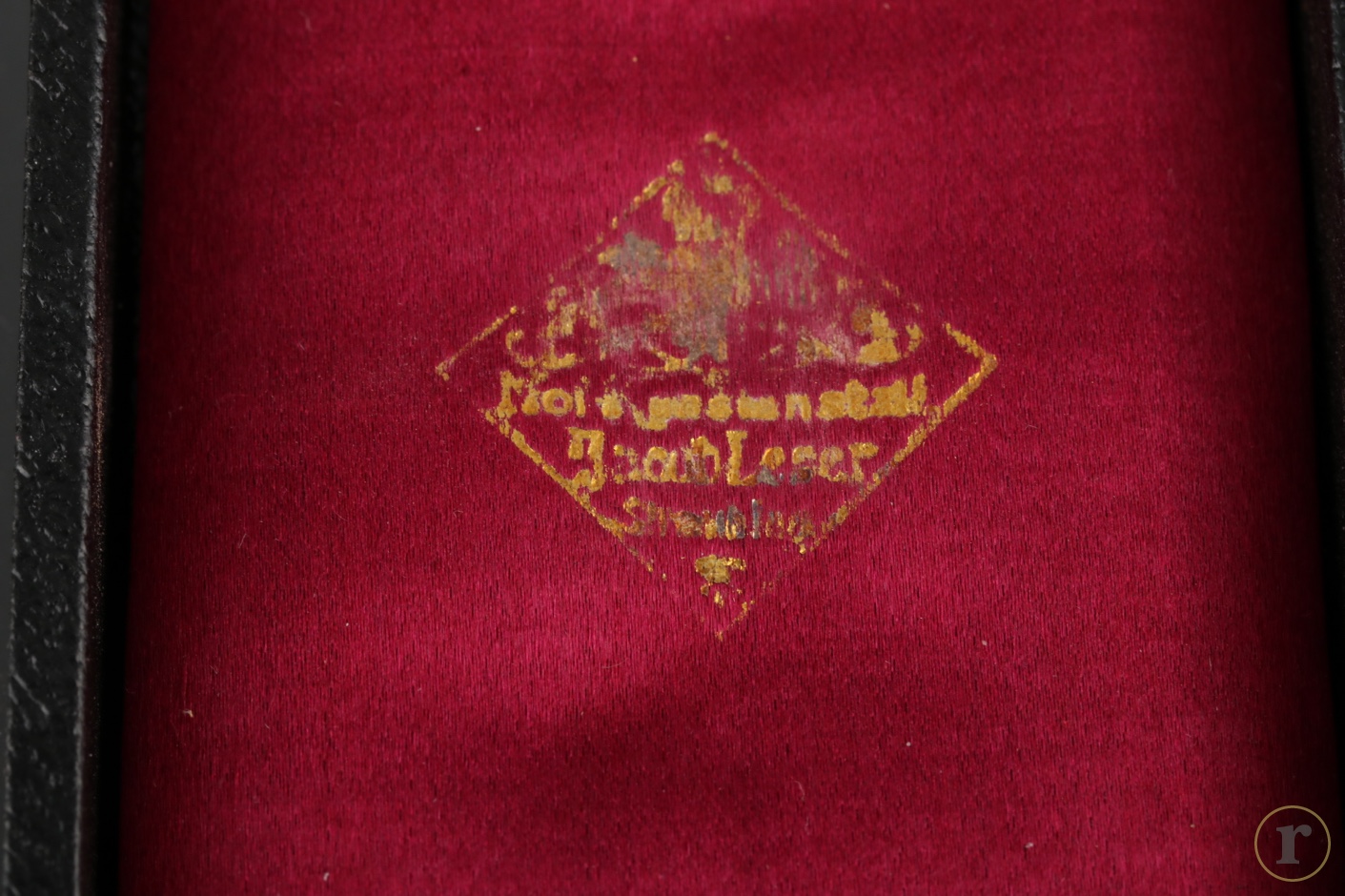 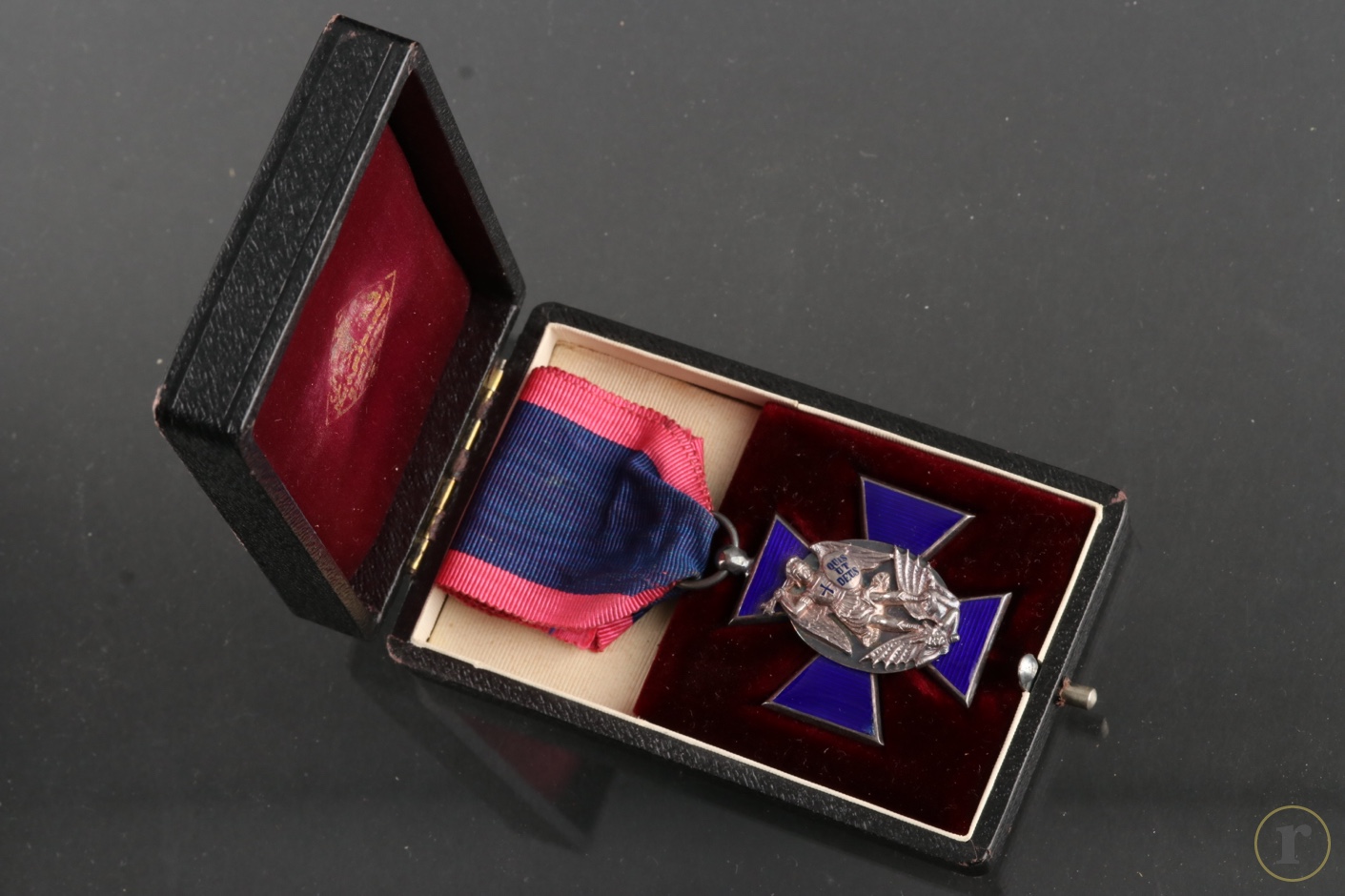