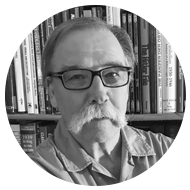 Dietrich Maerz was born on 16.August 1953 in Dessau/East Germany. In 1958 the family fled East Germany and moved to the West of Germany. After gymnasium, apprenticeship, and technical diploma studies at the University of Applied Science Heilbronn between 1973 and 1980 achieving degrees in Mechanical Engineering and Industrial Engineering. From 1980 onwards working in the automotive supplier industry and moved to the USA in 1999 as President of the US subsidiary of a well-known German automotive supplier and retired in 2007.

Founded B&D Publishing LLC together with his wife Birgit in the same year and has since published over 20 titles, several among them under his own name as an author, as well as the highly acclaimed magazine International Militaria Collector. Dietrich Maerz is an internationally accepted expert in the field of the Order of the Iron Cross 1939 and the German Cross.