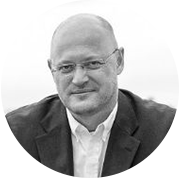 Andreas started his medal collecting “career” before he even entered his school years. After graduation, he served in the army and then pursued his degrees in Chemical Engineering and Business to further his education. Once completed, he began traveling throughout Europe and internationally, giving him an opportunity to expand his collection. Frequent visits to the United States gave him the opportunity to join OMSA, where he currently serves on the Board of Directors.

Before relocating permanently to the US, where he currently resides, he was an active member of the German collector society BDOS (now DGO), as well as the British and Austrian collector societies. He has published several monographs for various German and English publications. Having foresight in the world of technology, he created a non-profit informative web page about Imperial German orders, decorations, and medals. Knowing that the internet would eventually be the ideal place for collaboration and sharing with like-minded people, this site has become an invaluable resource for collectors.

Professionally, Andreas has had a 20-year career as CEO overseeing two international companies, but his fascination with medal collection has always remained active alongside of his career. Additionally, he is not only specialized in imperial German orders, decorations and medals but in the artifacts of various other countries.