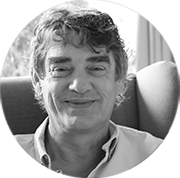 Born in Belgium June 1963, Philippe lived in Germany between 1969 and 1986. It’s here that his fascination with WW II in general and German awards fell on to fertile grounds. After obtaining his Master Degree in Psychology at the University of Gent (Belgium), he did his military service as an officer in 1988. He then became partner in a recruitment and headhunting company where he managed the Brussels branch until 2009 before retiring and fully focussing on his many hobbies.

Among these hobbies and since 1979, Philippe collected German WW II awards in general with a focus and the main Combat Awards: the Infantry Assault, General Assault, and Panzer Assault badge. Years of research together with like-minded collectors from all over the world resulted in a better understanding of  Combat Award production as well as attribution of the many known and unknown makers involved in German WW II award production.

This research led to the creation in 2006 of the dedicated website www.germancombatawards.com that he administrates to date. The gathered knowledge would form the basis for a new kind of books that for the first time in the history of this hobby provided the interested collector with dedicated collectors guides.

In 2008-2009 Philippe wrote and privately published his book “A Collectors Guide to the German Panzer Assault badge of WW II”. A book that set new standards and quickly became a collector’s item itself. Only recently in 2021, a second revised edition of this book was published, seamlessly integrating 12 additional years of research.

In over 20 years of research, numerous discoveries were made by Philippe. Discoveries that forever changed the way in which collectors collect and value German Combat Awards today.