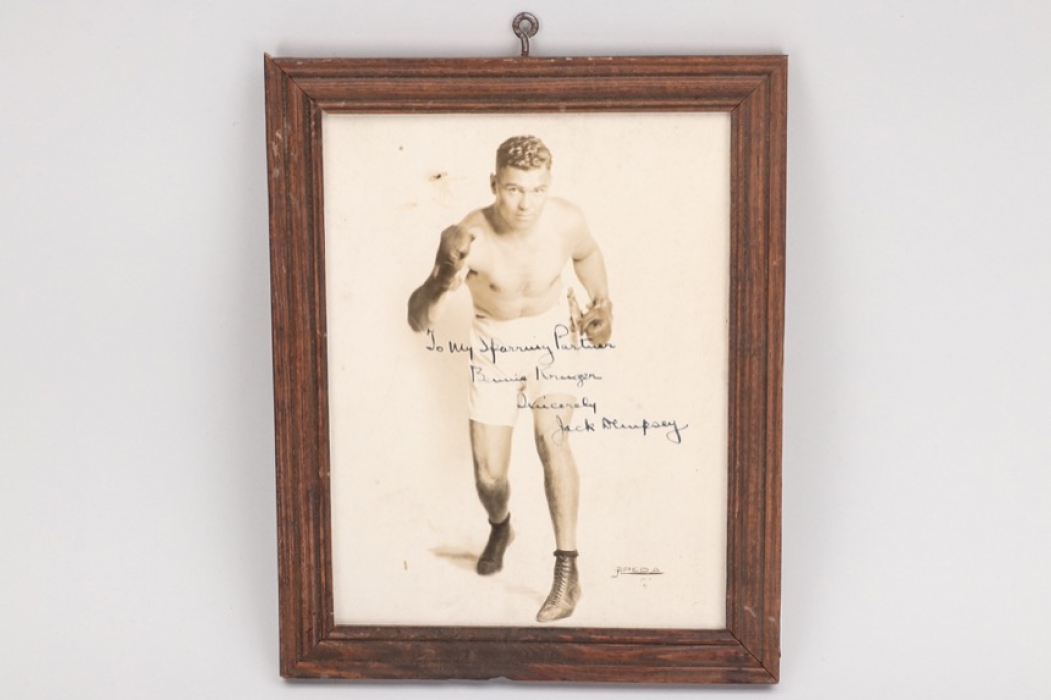 Signed and framed autograph of the 20s icon and heavyweight champion Jack Dempsey. It is dedicated to his sparring partner Bennie Krüger.

Both the frame and the picture are in a "worn condition" with signs of age and use (scratches on the frame and faded color of the photo). 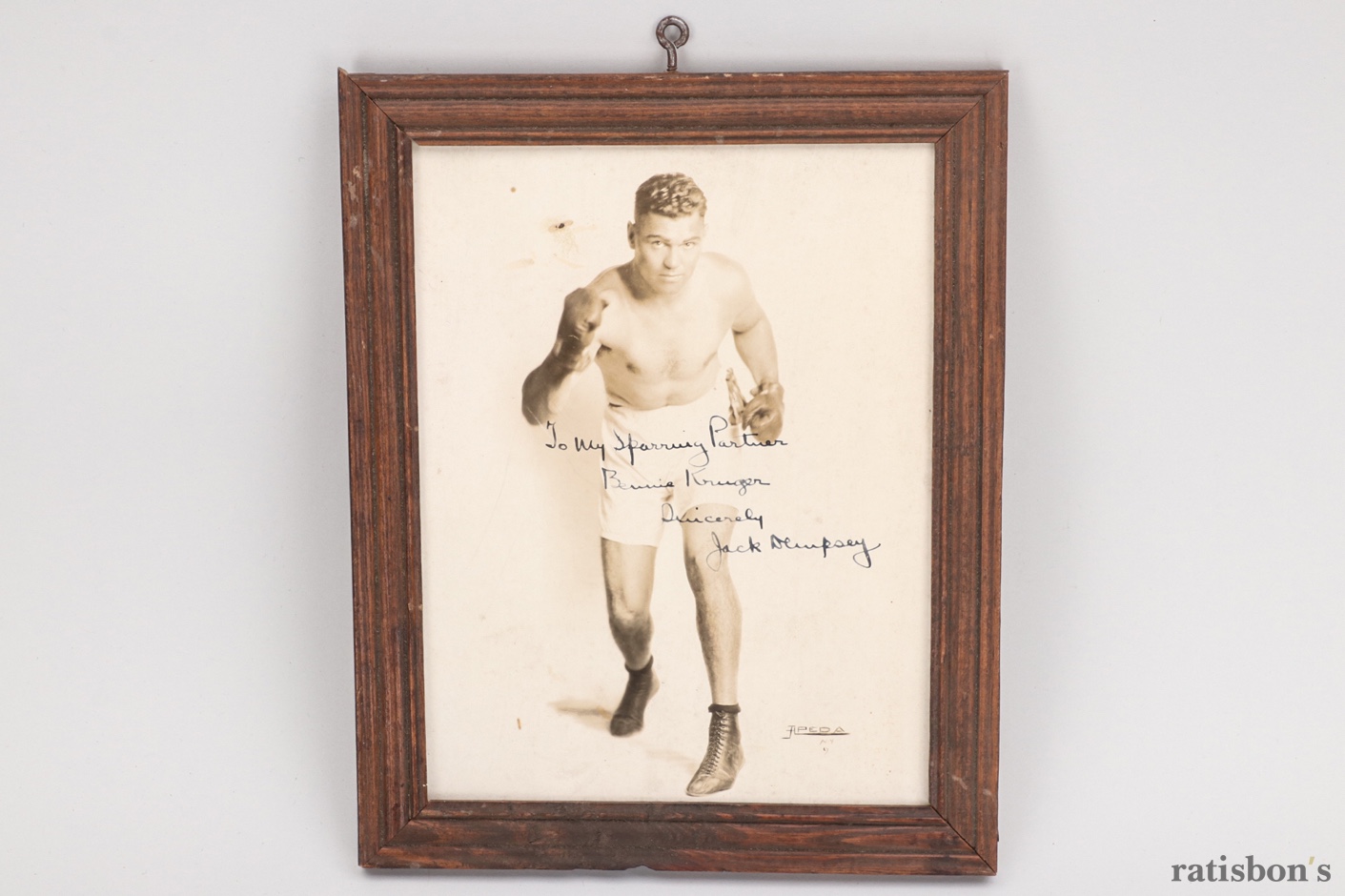 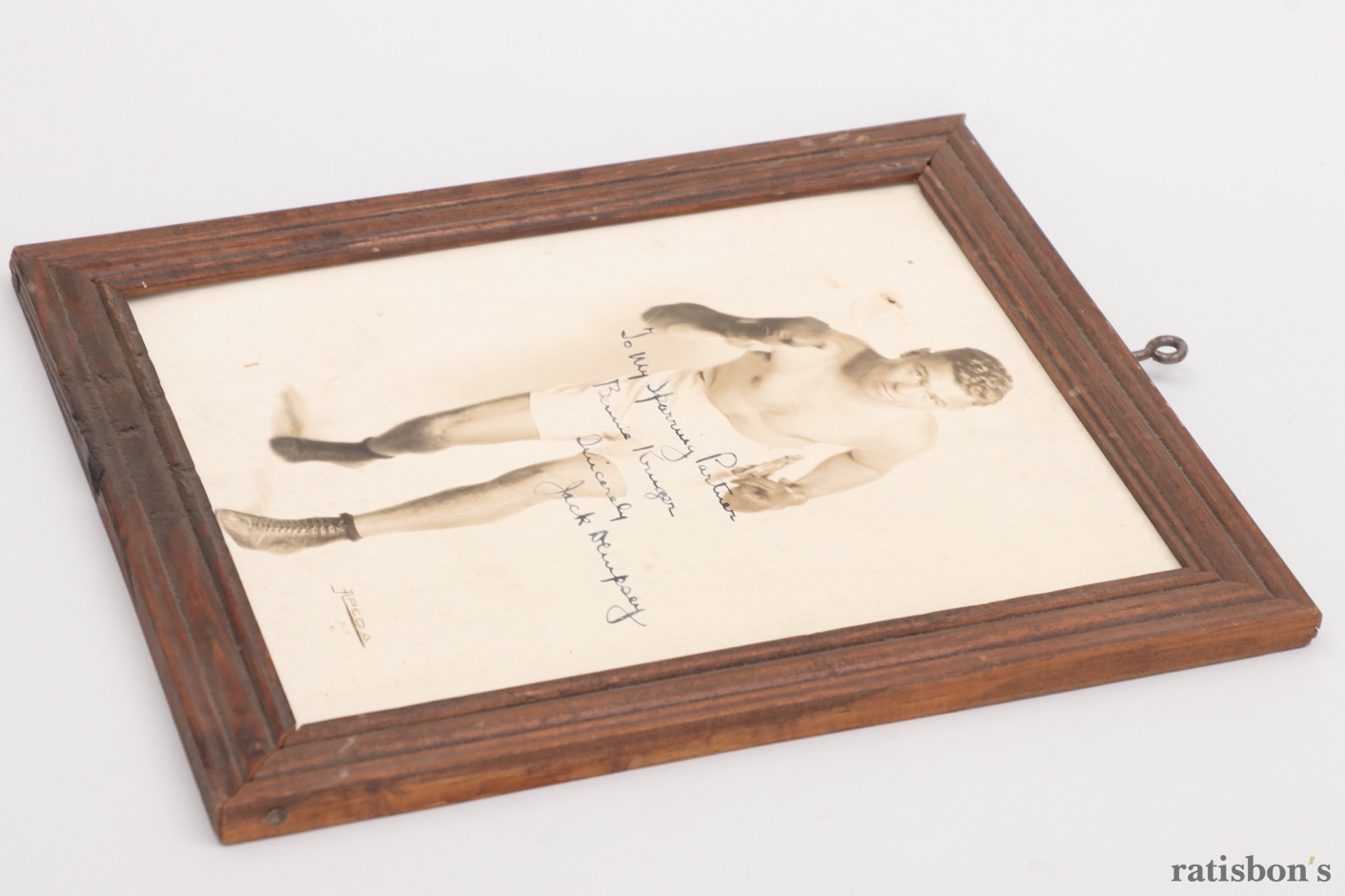 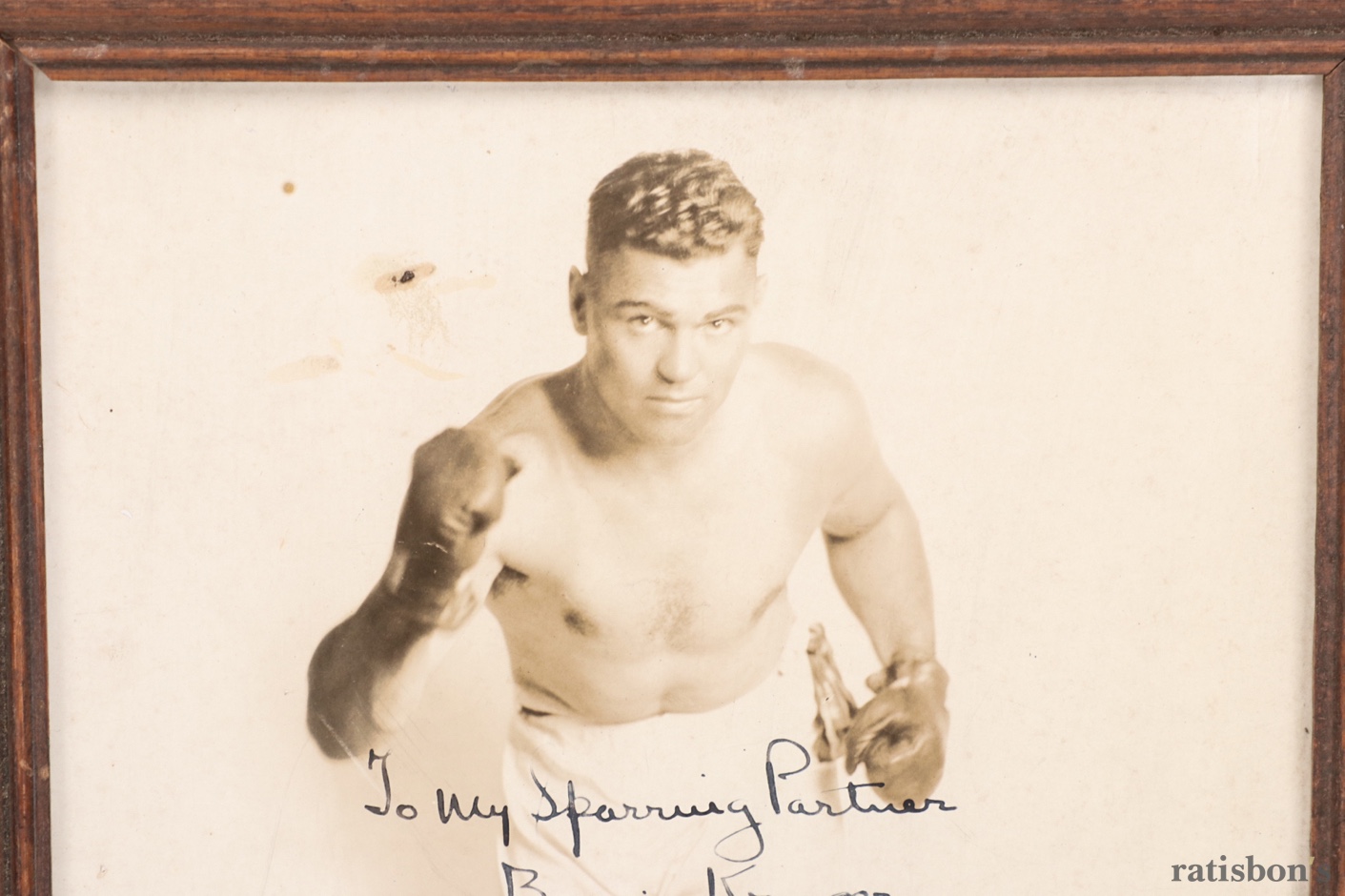 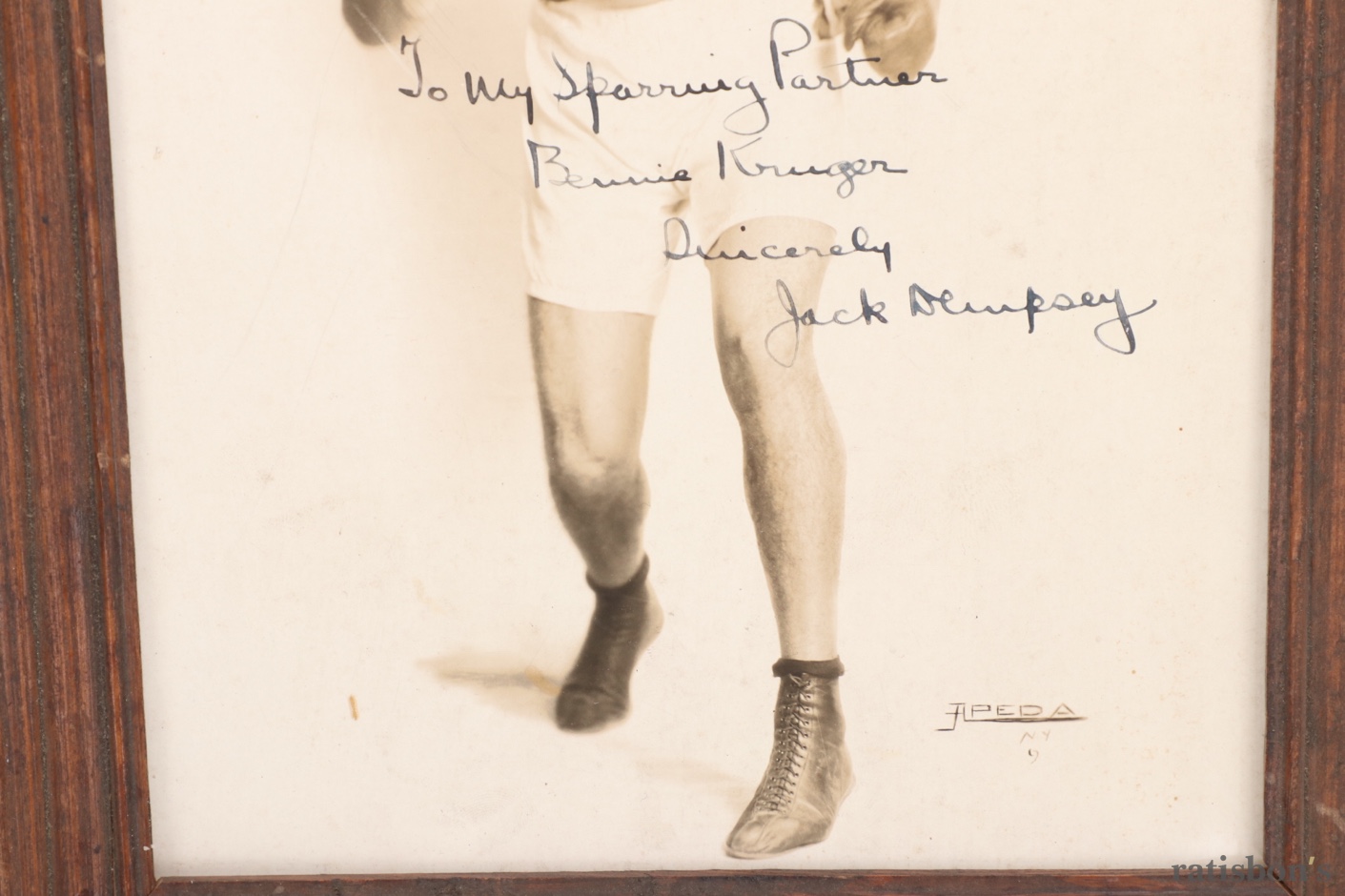 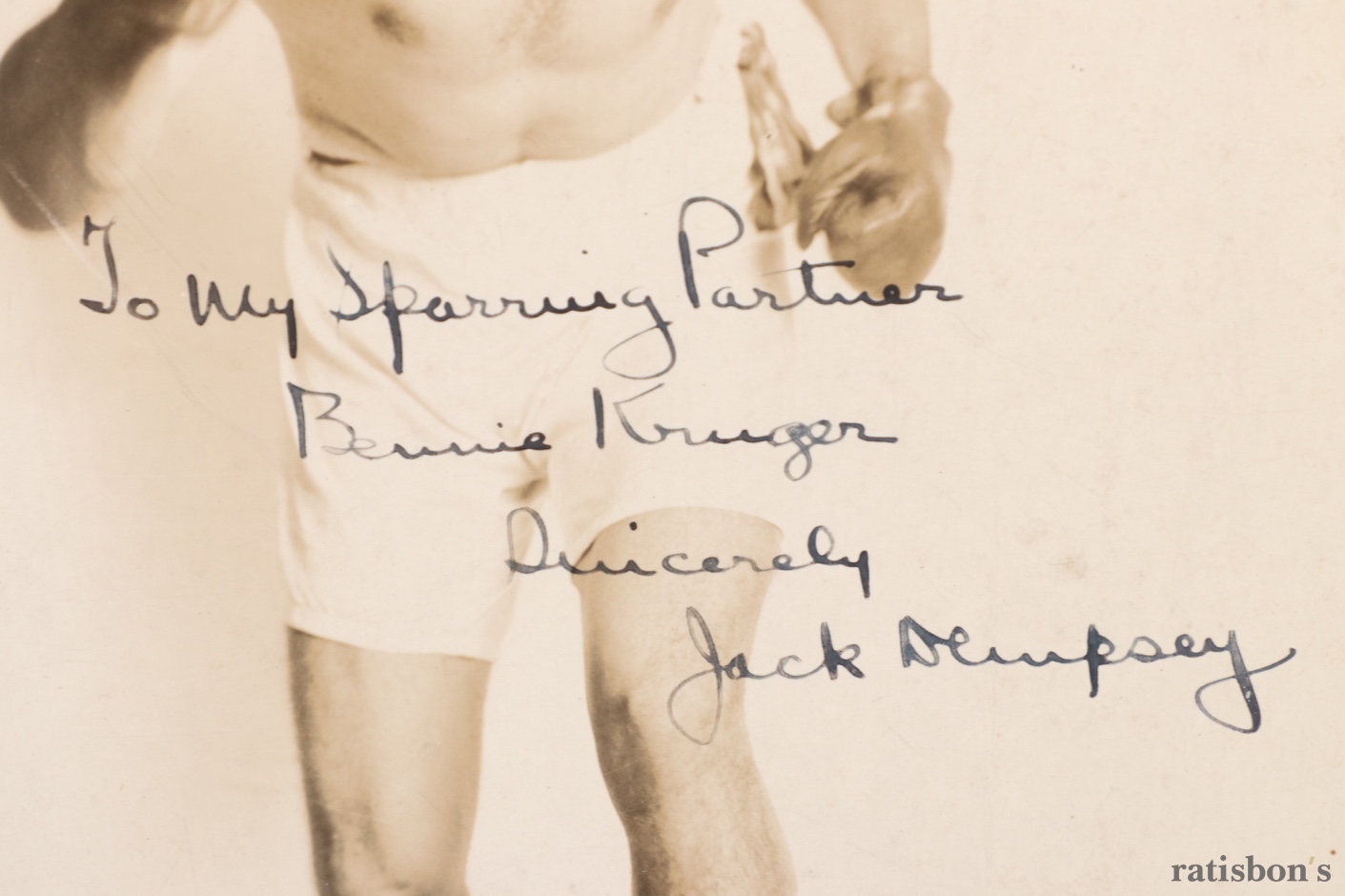 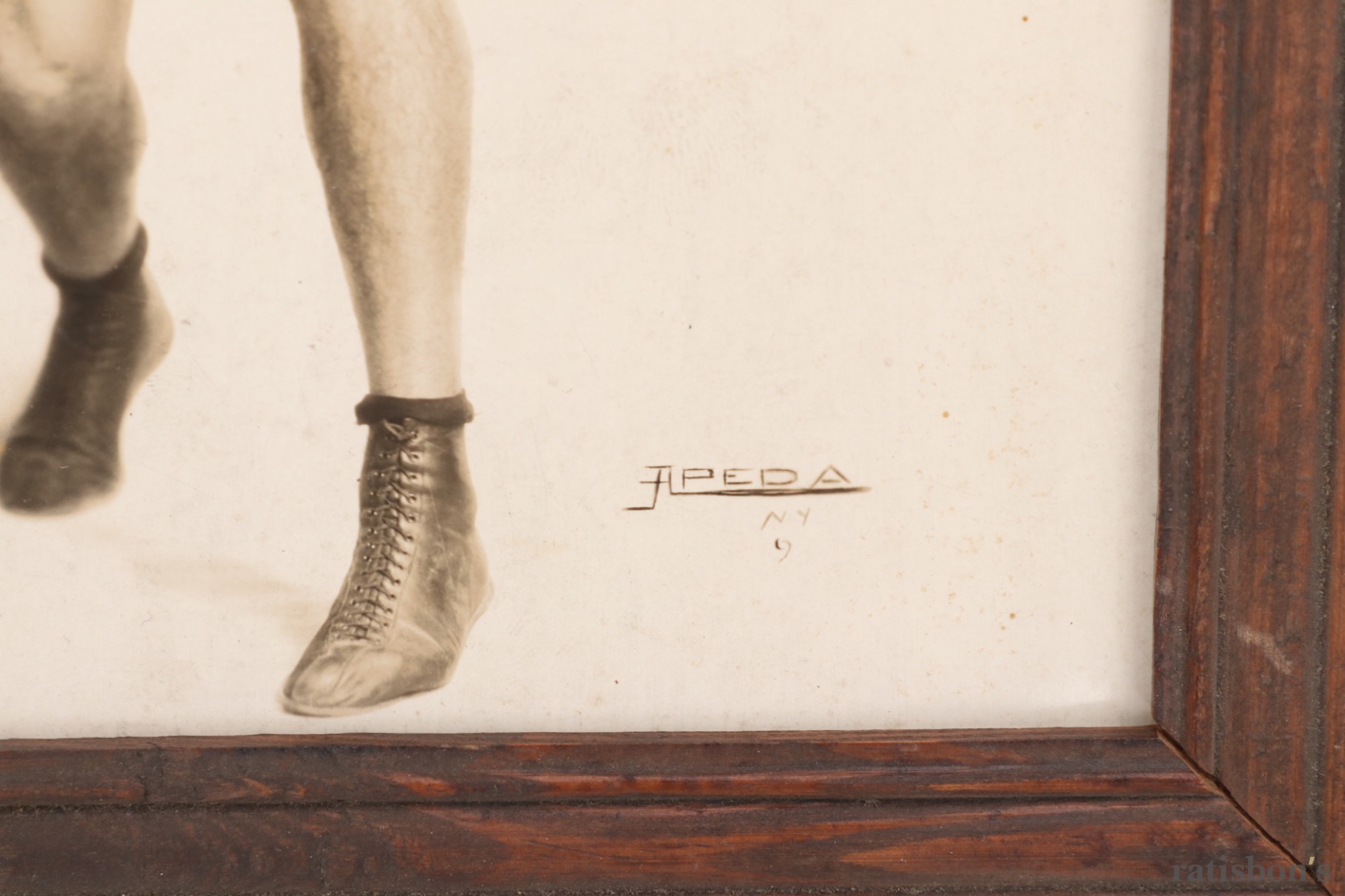