U-Boot certificate grouping to B. Osewski 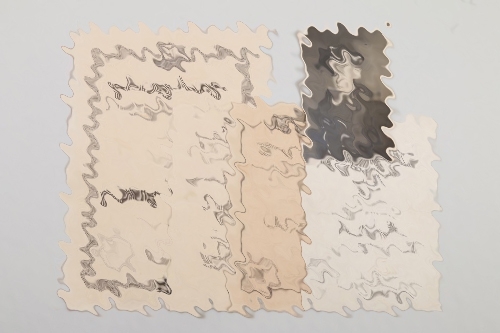 U-Boot certificate grouping to B. Osewski

- Certificate to U-Boot Front Clasp in bronze. Issued on 12.1.1945 at Pillau. Signed by commander of 3.Unterseebootsausbildungsabteilung Fregattenkapitän (Ing.) Kurt Hohnwaldt.

The certificate to the Iron Cross 2nd Class is missing.

We do not know the boat of Osewski but researching his name (which is indeed very unusual) might bring light into his service time.

Very interesting late war grouping! Several u-boats have taken refugees on board when leaving at Pillau in early 1945. His boat might have been one of them!

All documents were framed once and are slightly cut. All are glued on cardboard.