France - Order of the Iron Crown 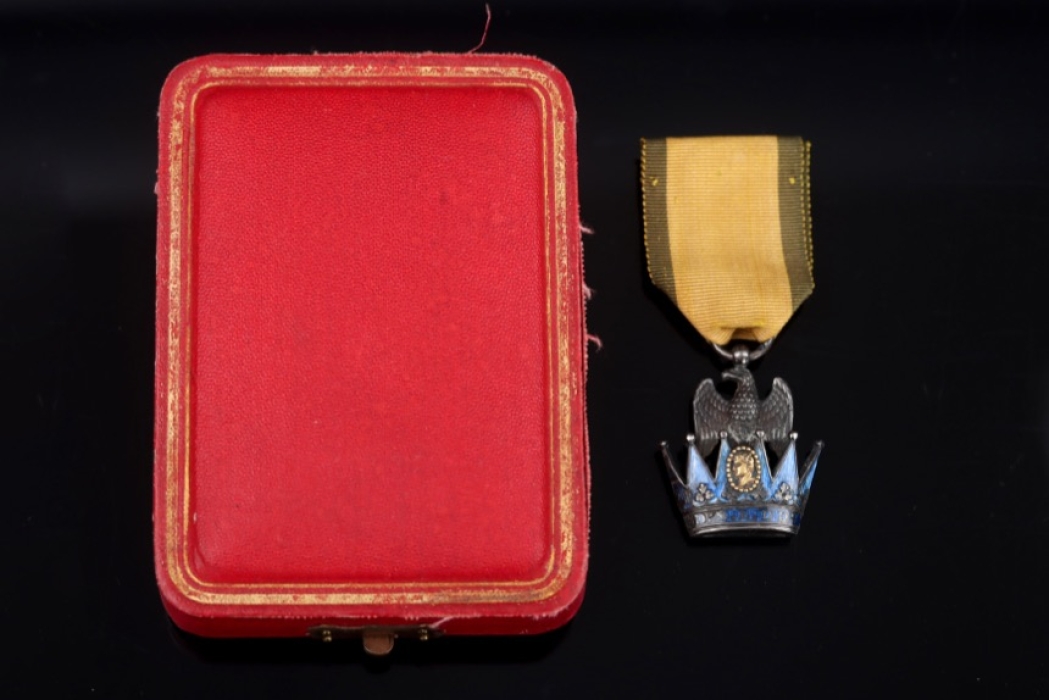 France - Order of the Iron Crown

A knight cross made from silver, gold, and enamel. Some minor chipping on the blue enamel, but quite common for a decoration of this age. Unidentified mark in ribbon ring.

Beautiful early 19th century manufacture and exceedingly rare. With original ribbon and later and non-matching case of issue by Cravonzola.

During his continued expansion of power, Napoleon Bonaparte conquered Italy in much the same manner as Charlemagne. As a symbolic gesture, he had himself crowned as King of Italy using the Iron Crown of Lombardy for the coronation, which occurred on May 26, 1805.

Soon after, Napoleon founded the Order of the Iron Crown on June 5, 1805. The Order was divided into three classes, limited to up to 20 grand cross knights, 100 commander knights, and 500 ordinary knights.

With the end of the Napoleonic Kingdom of Italy, the French version of this order ceased to exist. However, the Emperor of Austria, Francis I, re-established the order in 1815 as the Austrian Imperial Order of the Iron Crown. 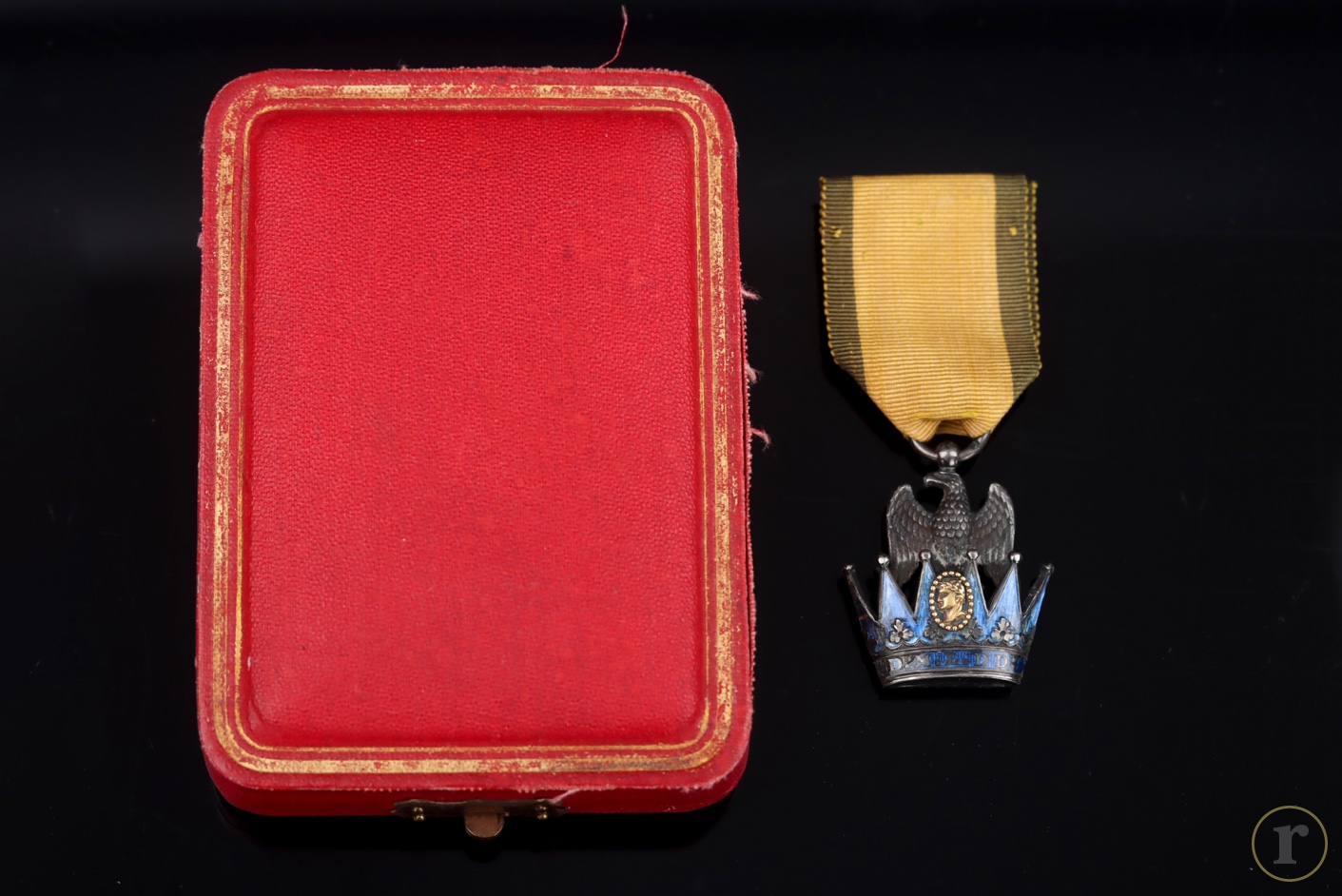 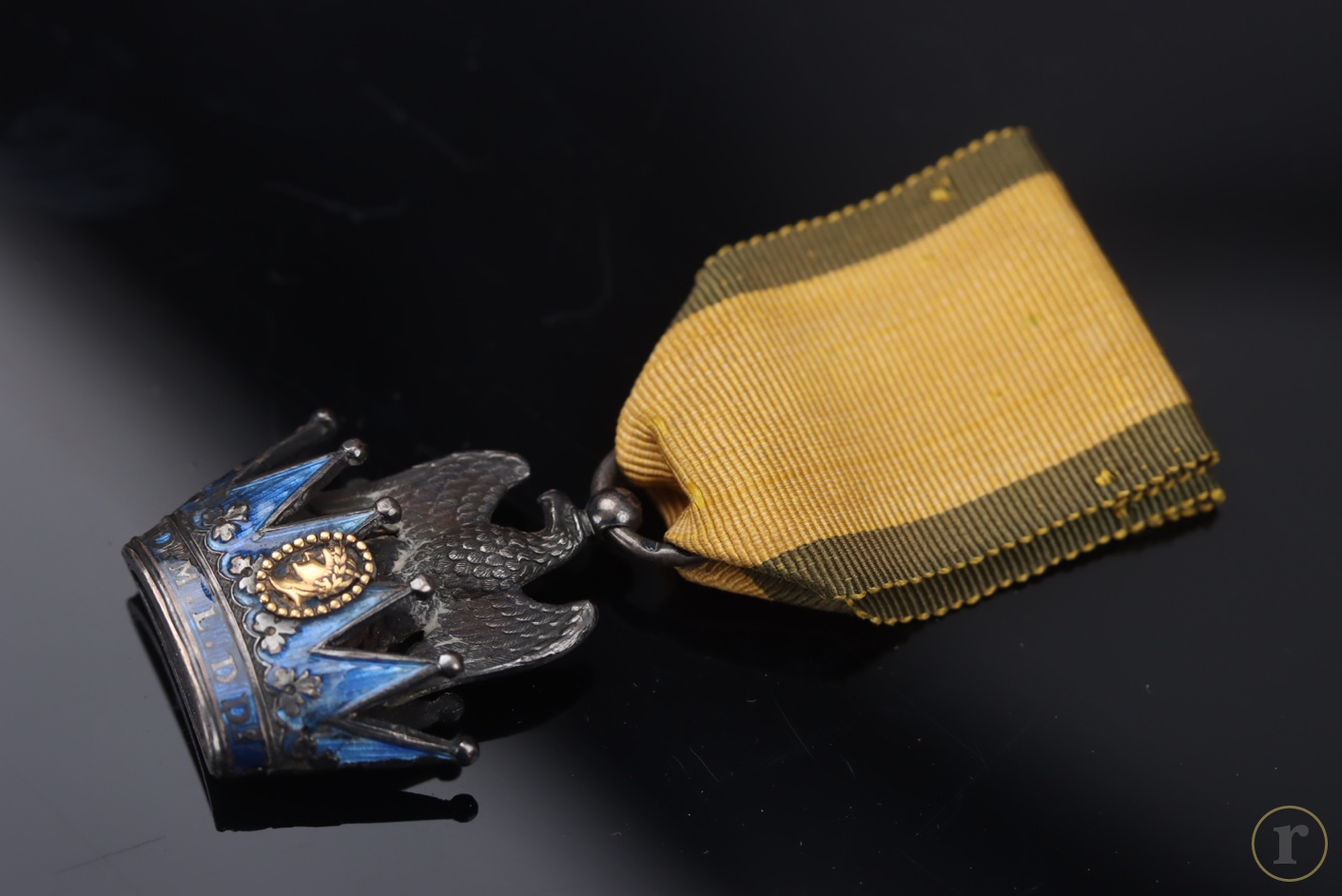 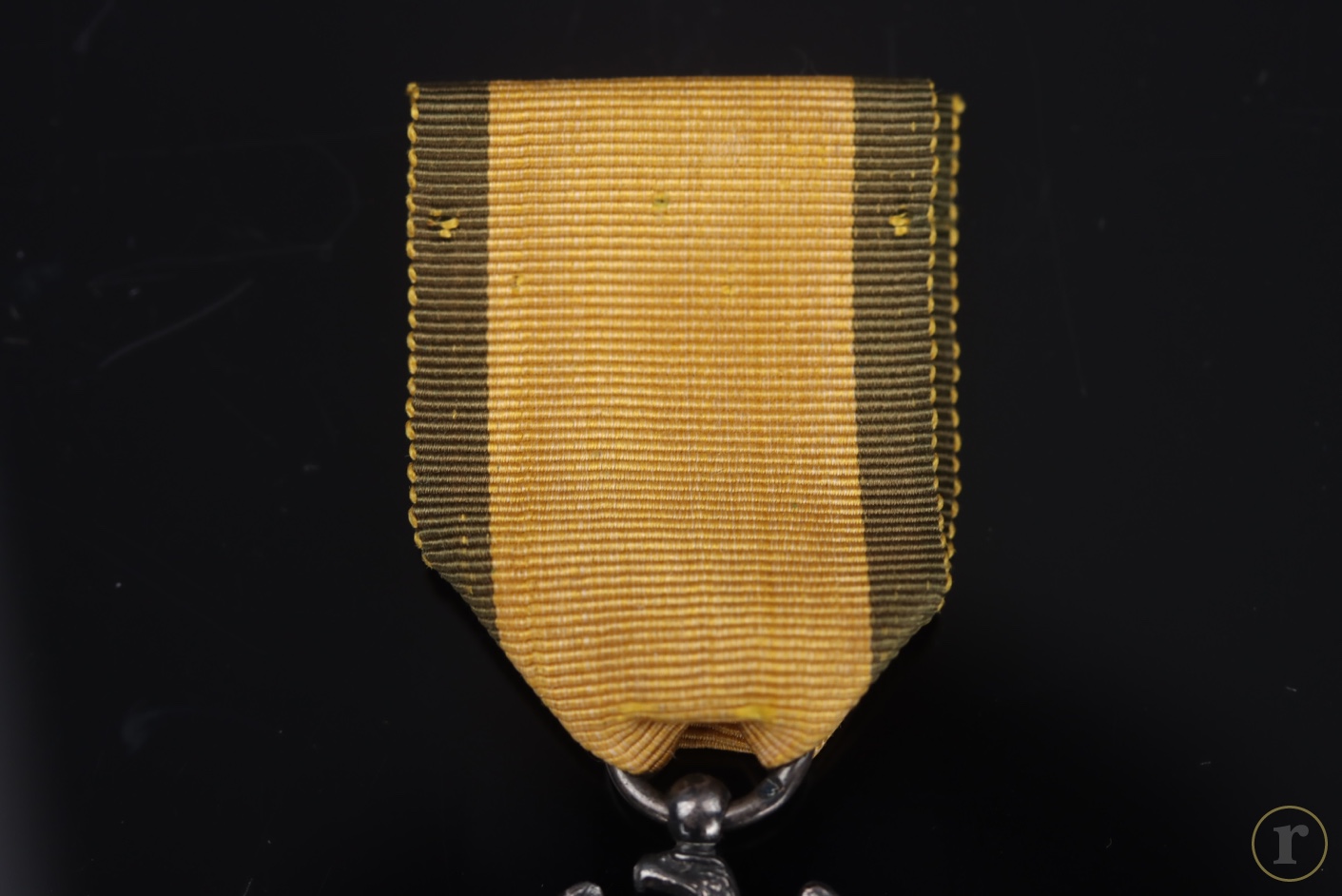 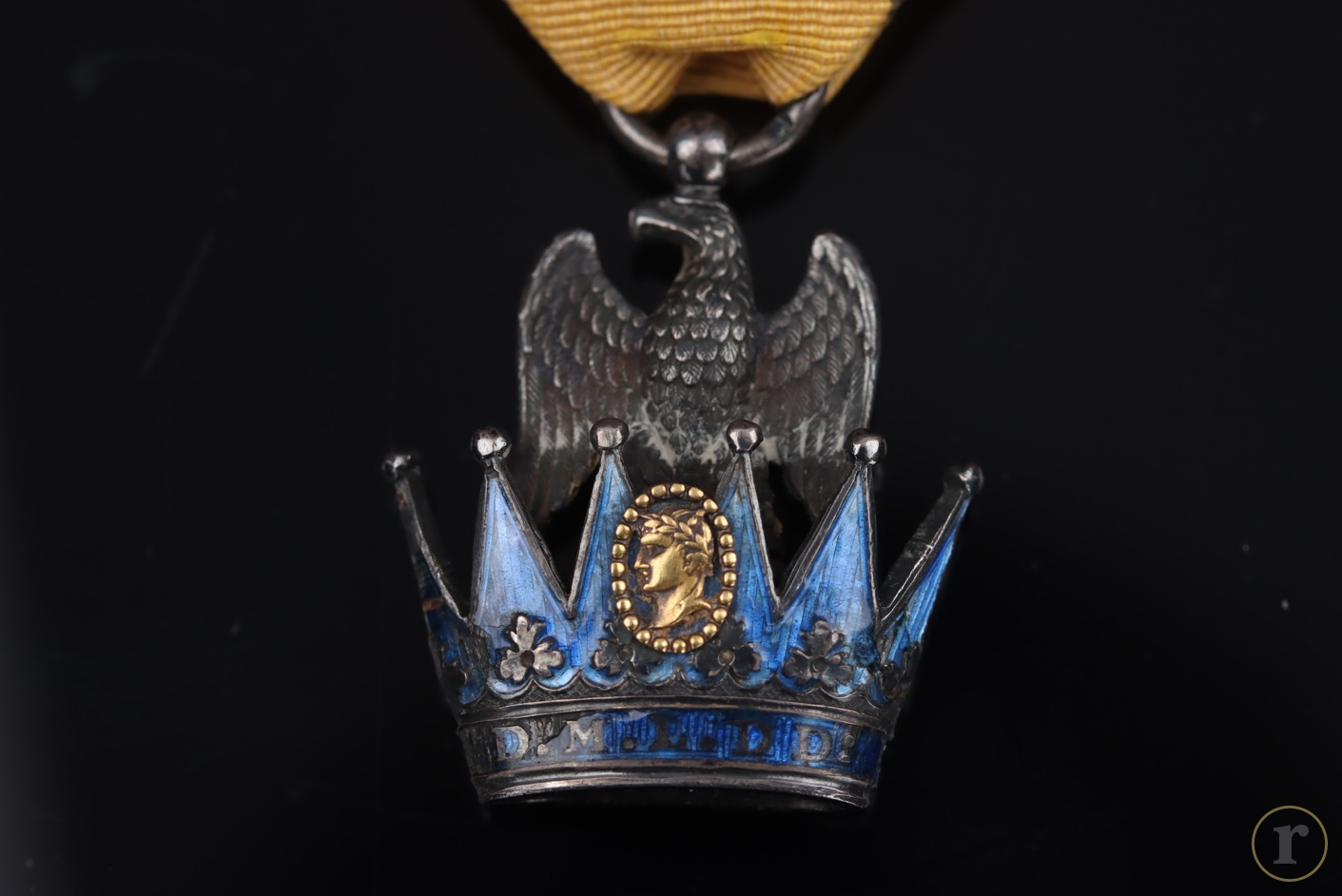 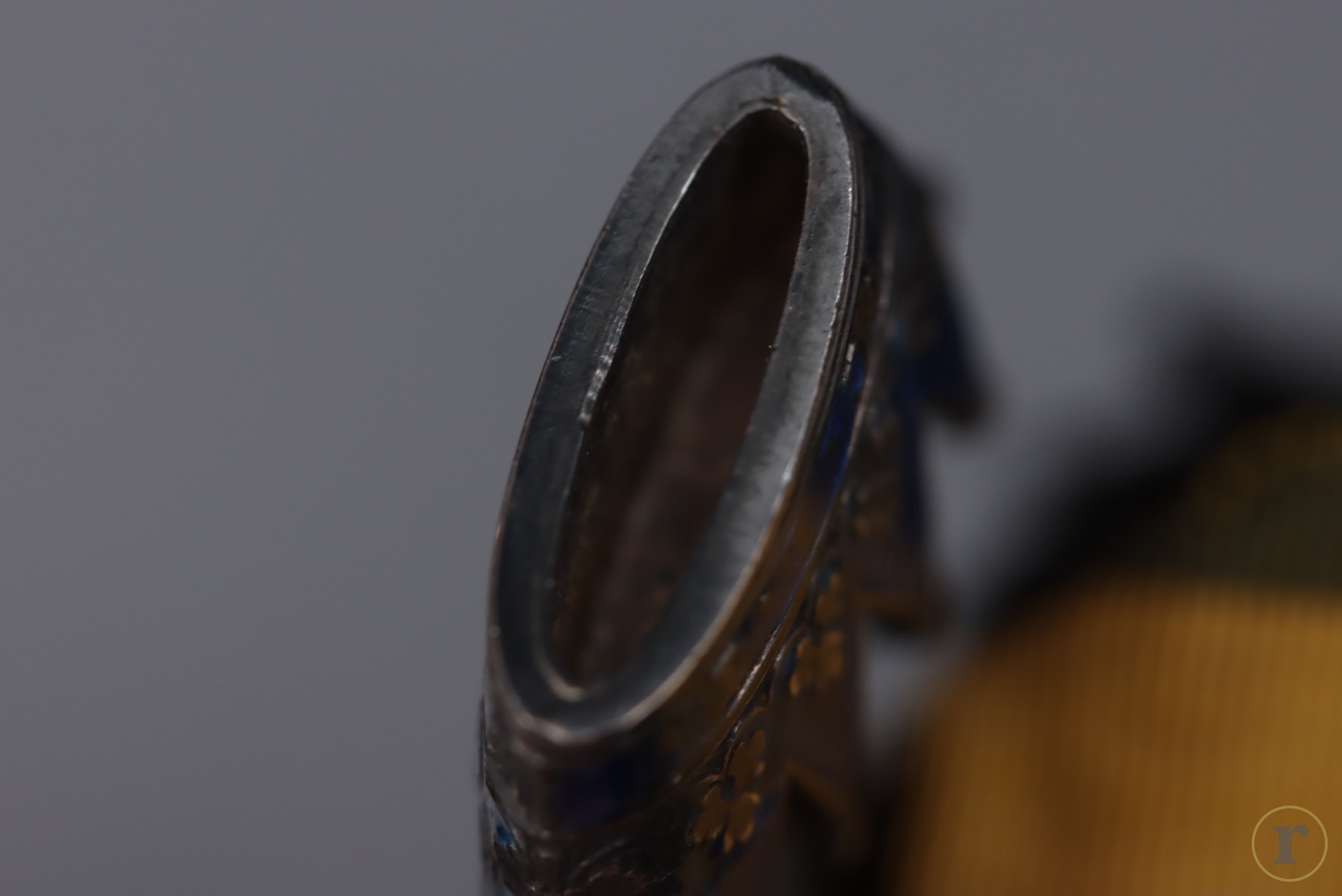 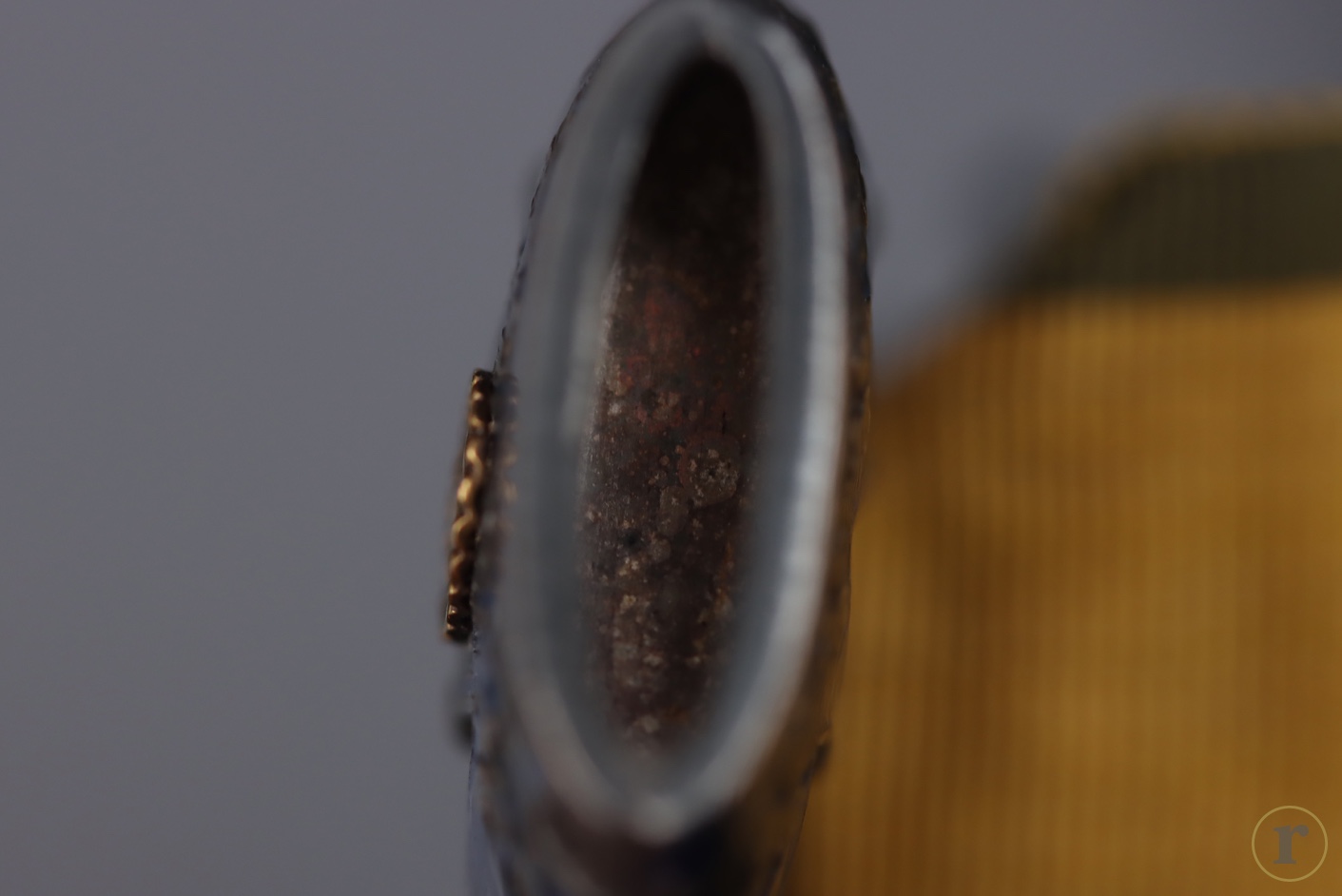 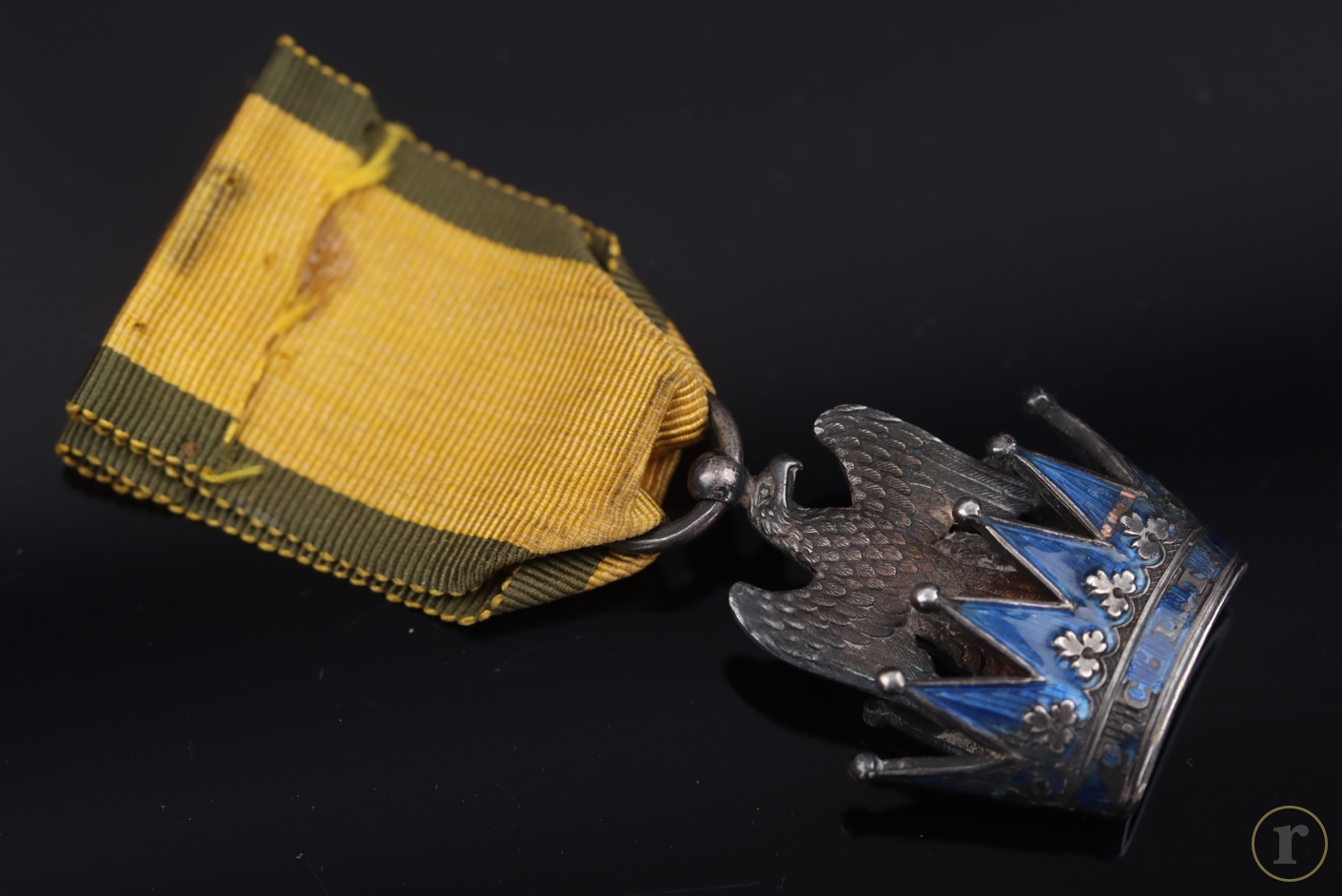 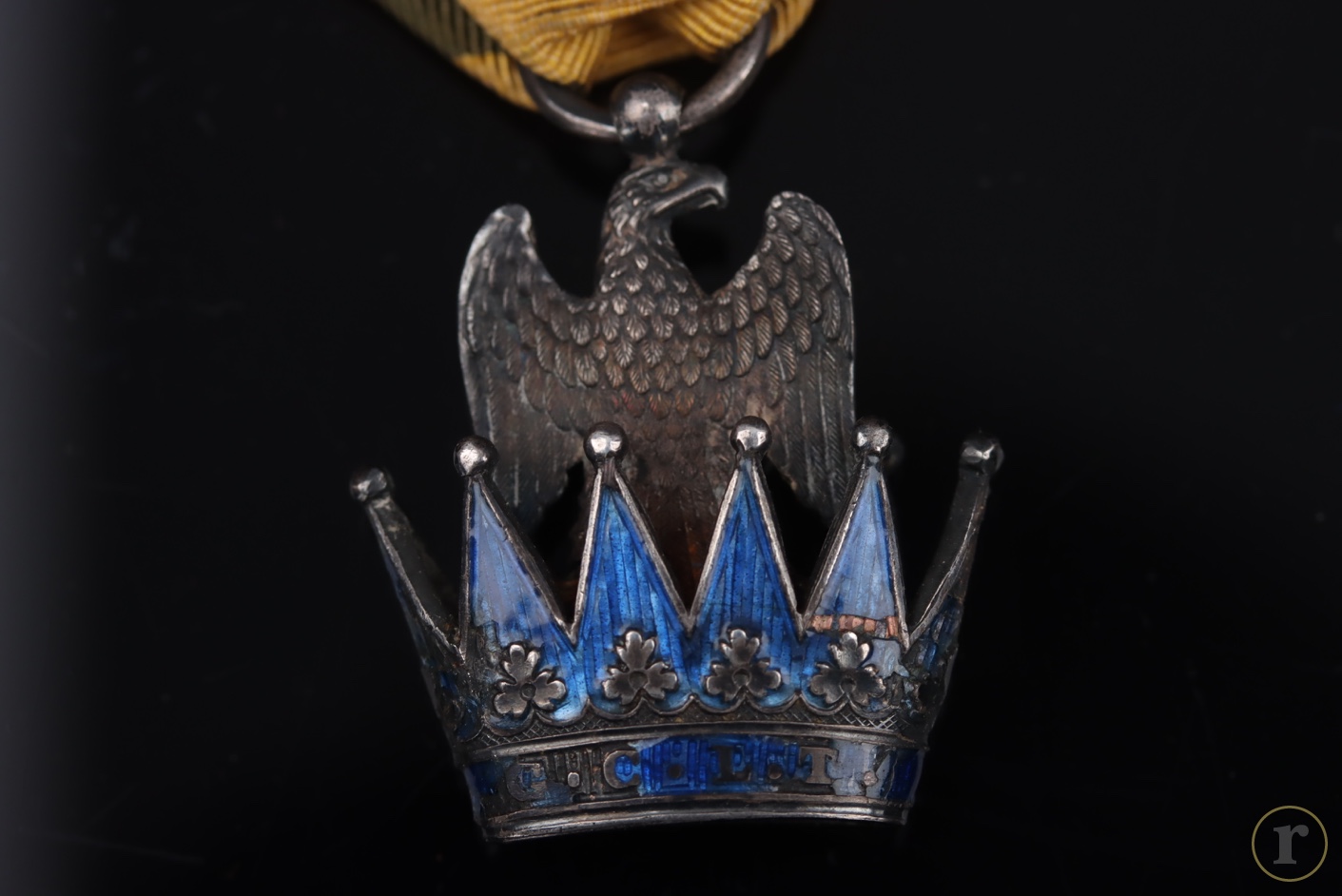 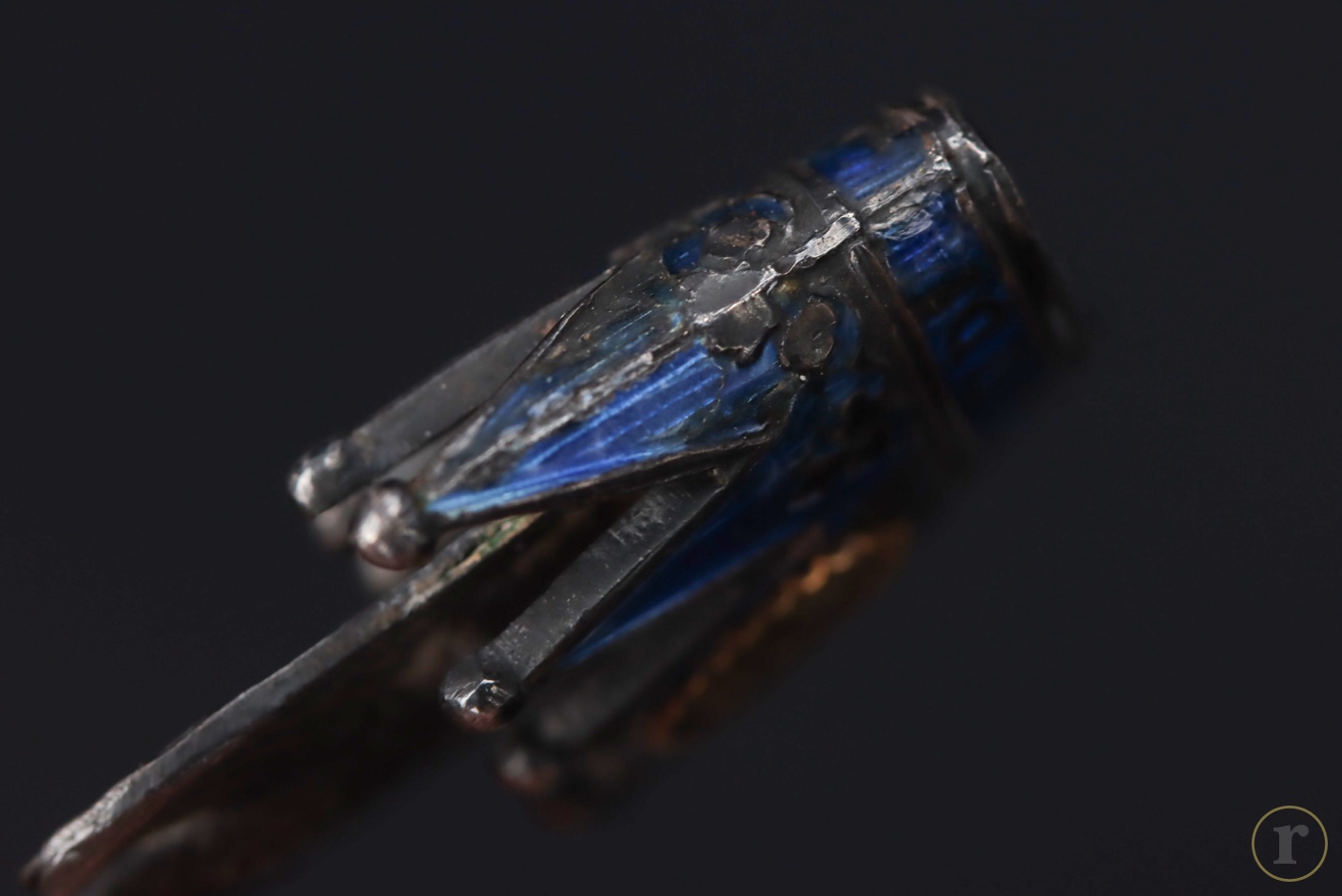 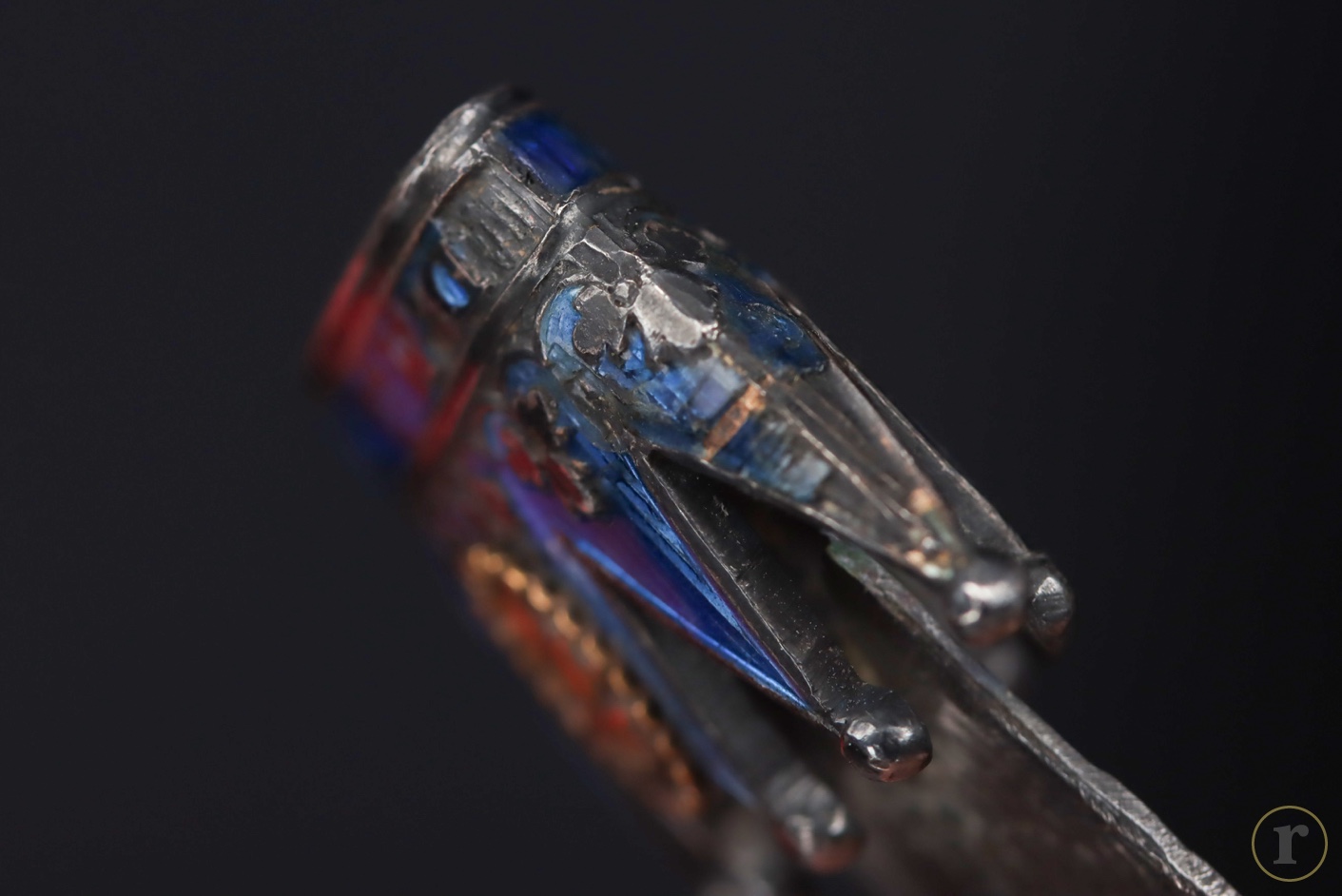 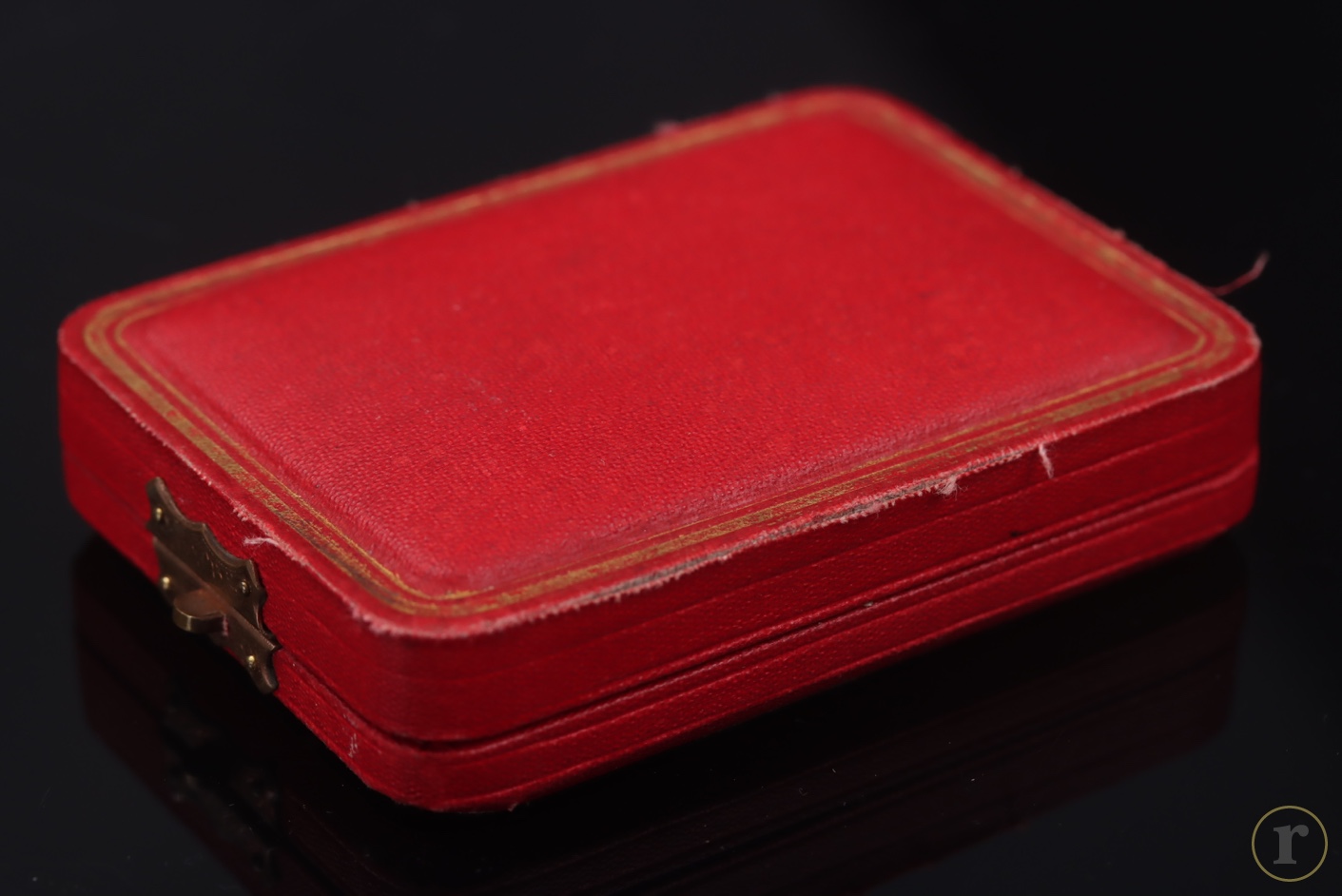 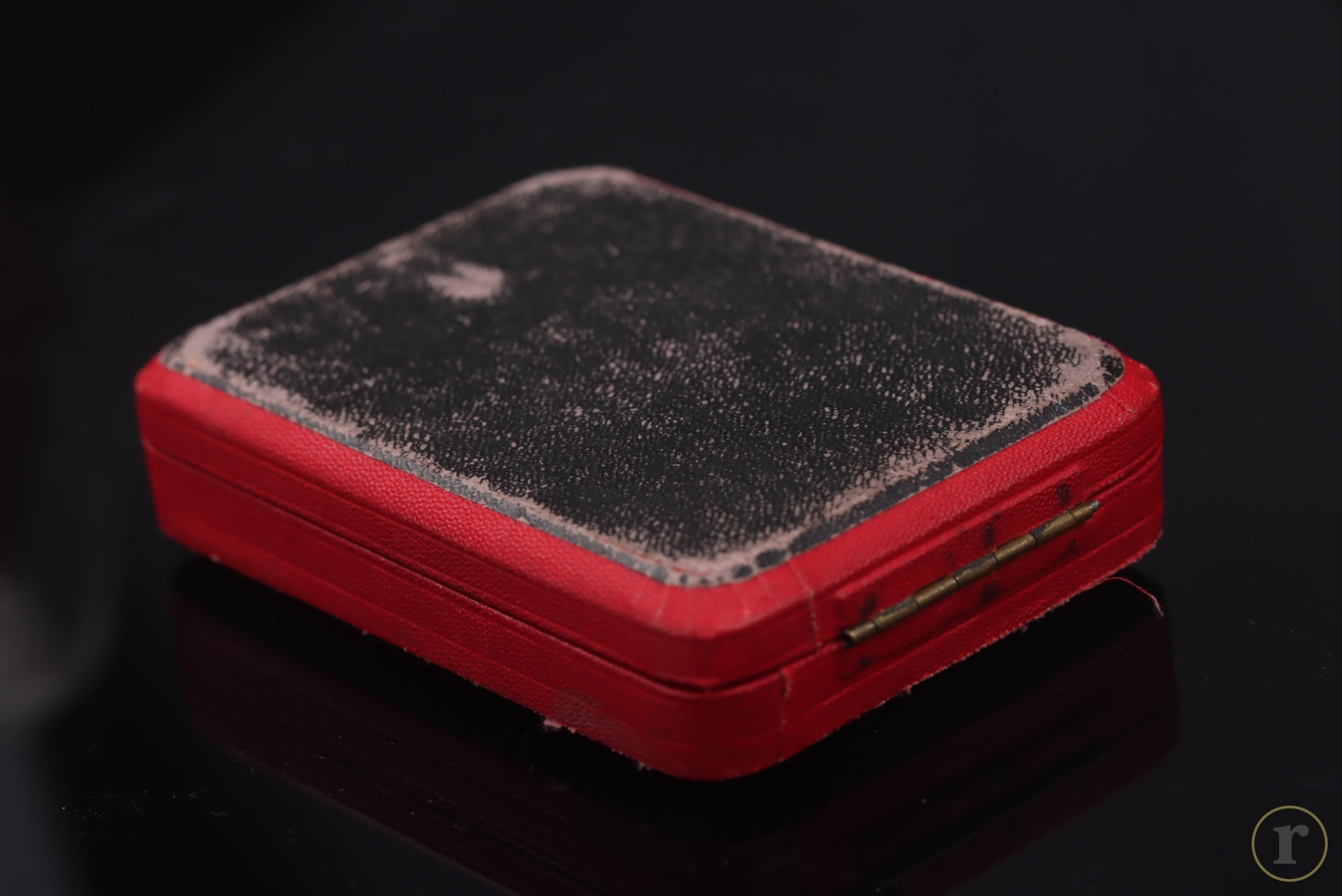 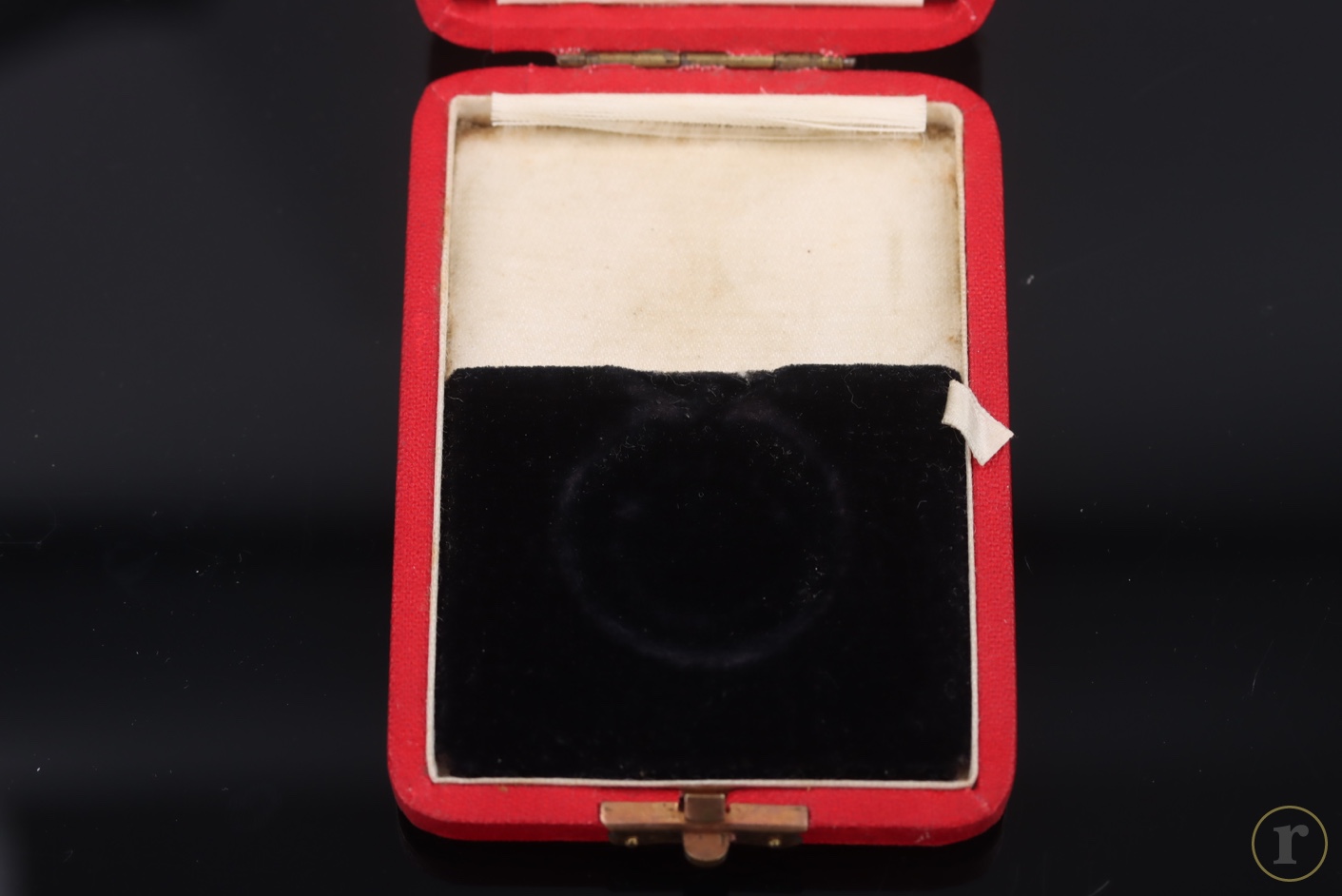 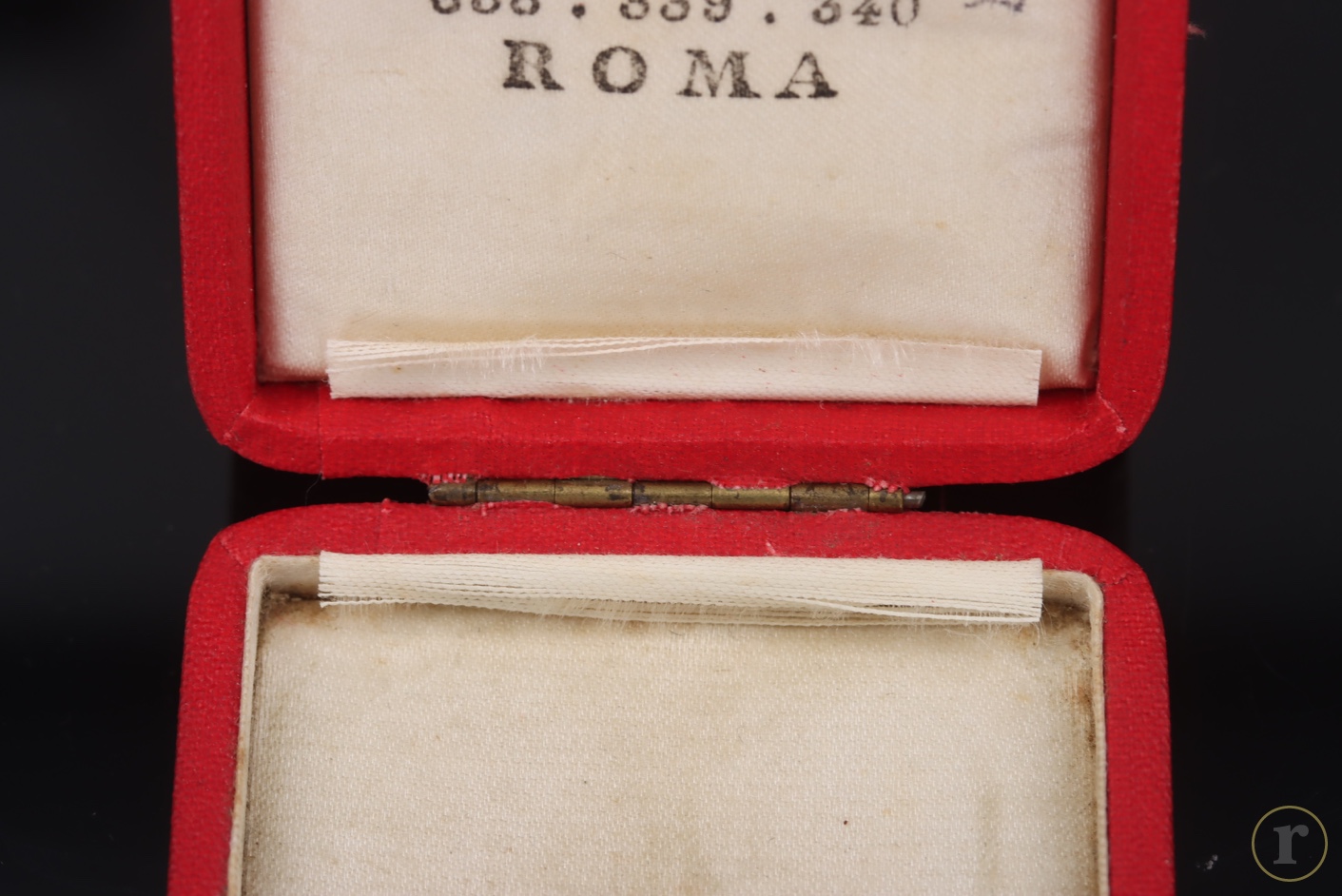 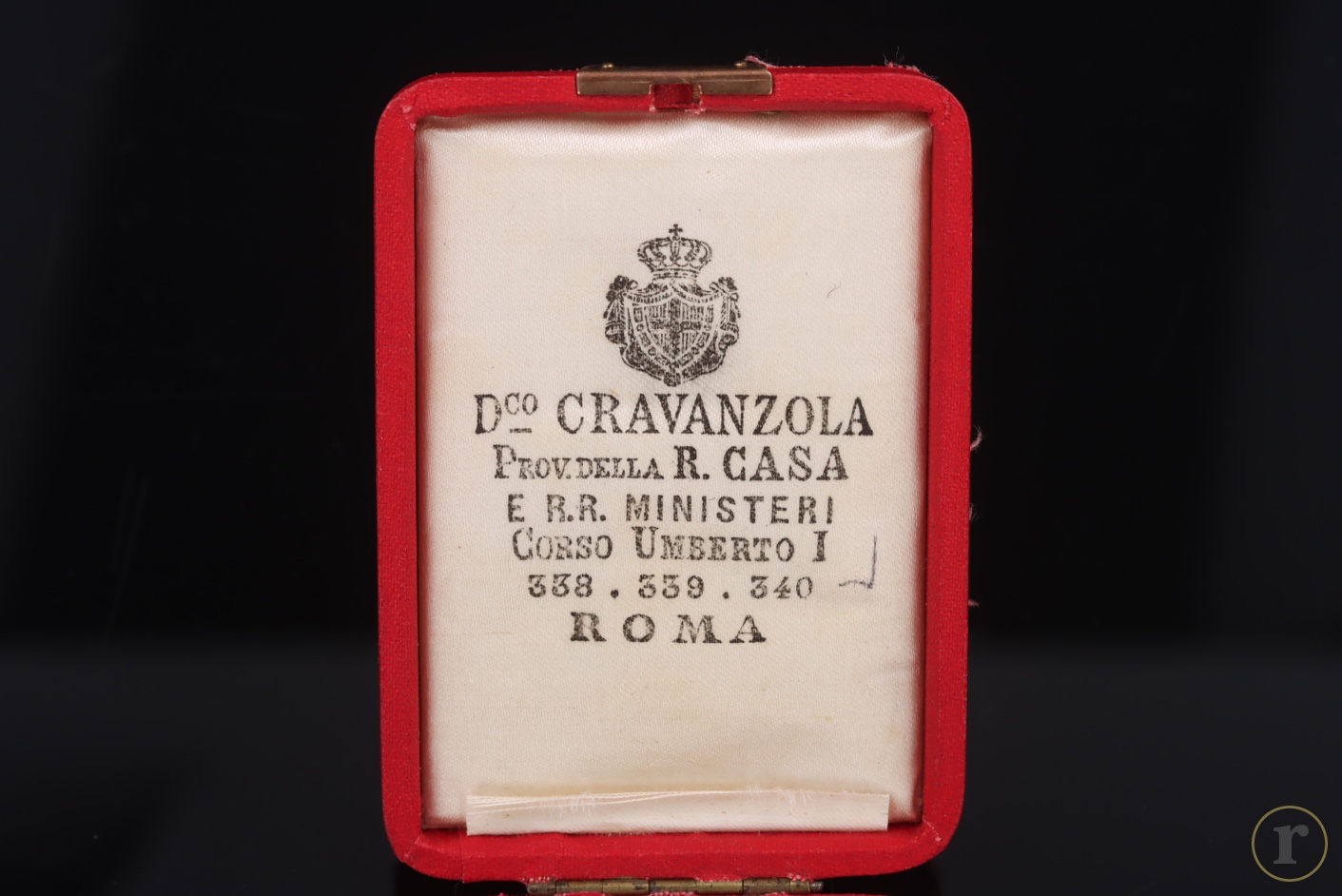