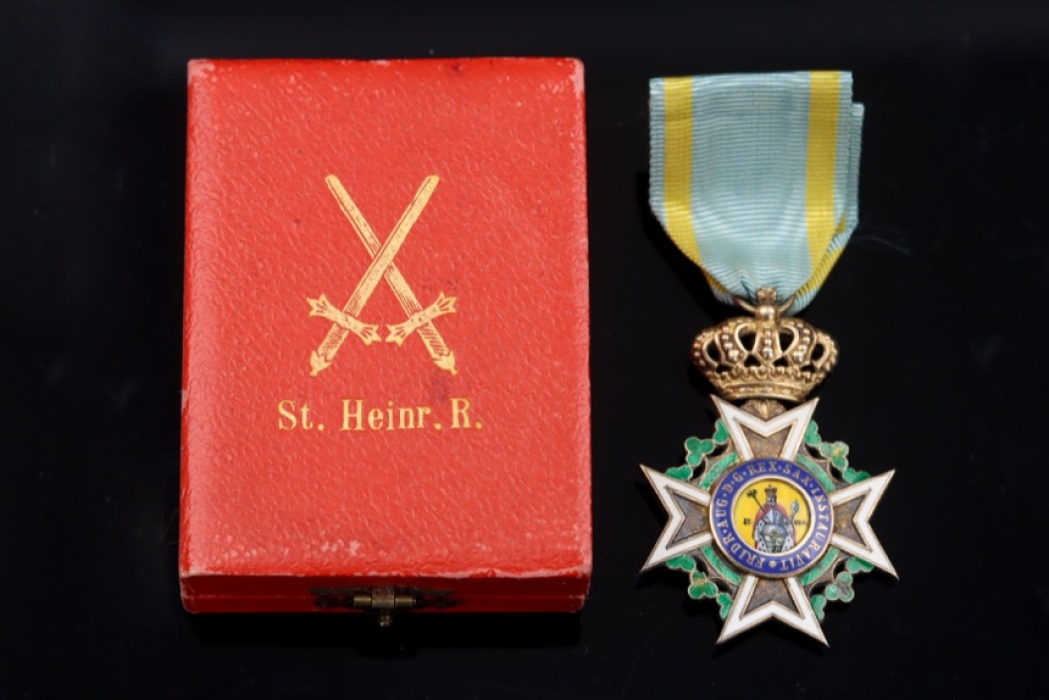 Knight's Cross of the Saxon Military Order of St. Henry, gilded silver, without manufacturer's mark. Typical World War I decoration. Minor enamel chipping in the green enamel hardly effects the overall appearance of this cross. In the original red case of issue with imprint of golden swords and "St. Heinr. R.". The reverse has the sticker of the company Kunath in Dresden.

The St. Henry order stems from the prince-electoral times and goes back to 1736. Being granted the dignity of Kings on December 19, 1806, the order arrived at its last design stage, replacing the prince-electors hat with the kings’ crown. King Friedrich August I. resurrected the order informally by drawing back on the statues from 1768 without changing anything after his own taste. The order consisted of the Grand, the Commander and the Small Cross (later Knight Cross).

Initial awards were conducted during the celebration of the peace agreement in Tilsit in July 1807. Napoleon and his entourage resided in Dresden during the period of July 17 to 22 and received various orders including the St. Henry Order.

Friedrich August I. was survived by his brother King Anton, who adapted the statues December 23, 1829 and added a Commander 2nd Class to the Order.  King Johann created a special Grand Cross decoration for King Wilhelm I. with laurel leaves. He received a Grand Cross set with star as well as a smaller decoration to be worn around the neck, a practice done with later awards. King Albert received from his Army a Grand Cross and Collar chain for his 50th anniversary in the military on October 24, 1893. A grand master cross was also created, which differentiated from the regular cross by its cross tips ending in balls.

On March 17, 1796, the Military Merit Medal in Gold was created. King Anton updated the regulation in 1829 and added a silver medal. The medal was from then on called: “Medal of the Kings Saxon Military St. Henry Order”. From 1870 on the gold medal could be awarded without a preceding silver medal. It was possible to wear both medals from 1935 on. By declaration in 1934 and 1936 all grades of the Military St. Henry order belonged to the highest war decorations and had to be addressed as such. The St. Henry Order was accepted into the round of bravery awards and was eligible to receive an honorary pension.

The collar chain consisted of alternating medallions, with a) showing a rounded Saxon coat of arms surmounted by a king’s crown supported by two lions and b) a round blue enameled medallion with the golden cypher AR affixed to the middle surrounded by a green laurel wreath. The Cross was attached to a suspension that consisted of two crossed golden marshal batons combined by a blue enameled bow showing the dates “1843-1893”. 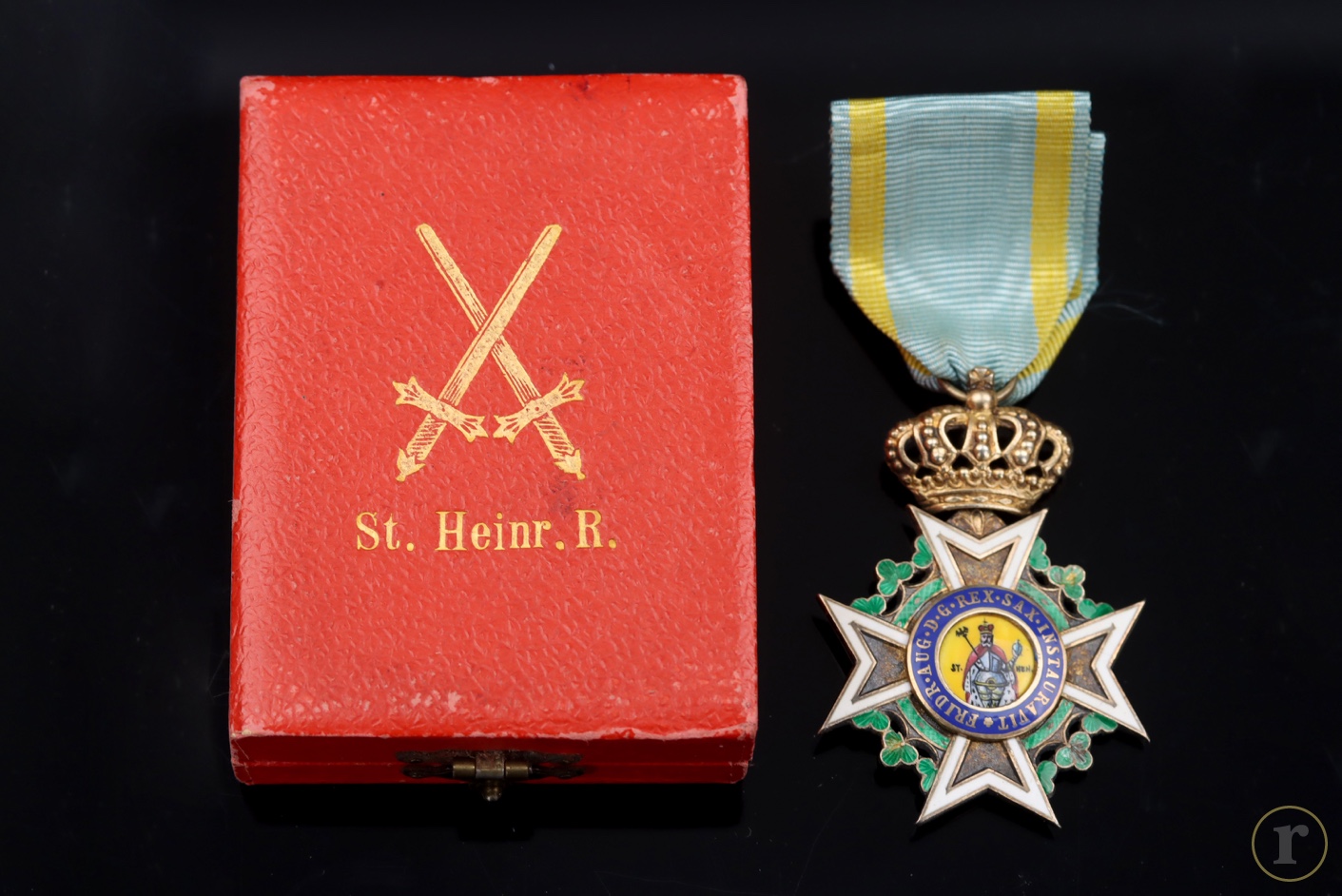 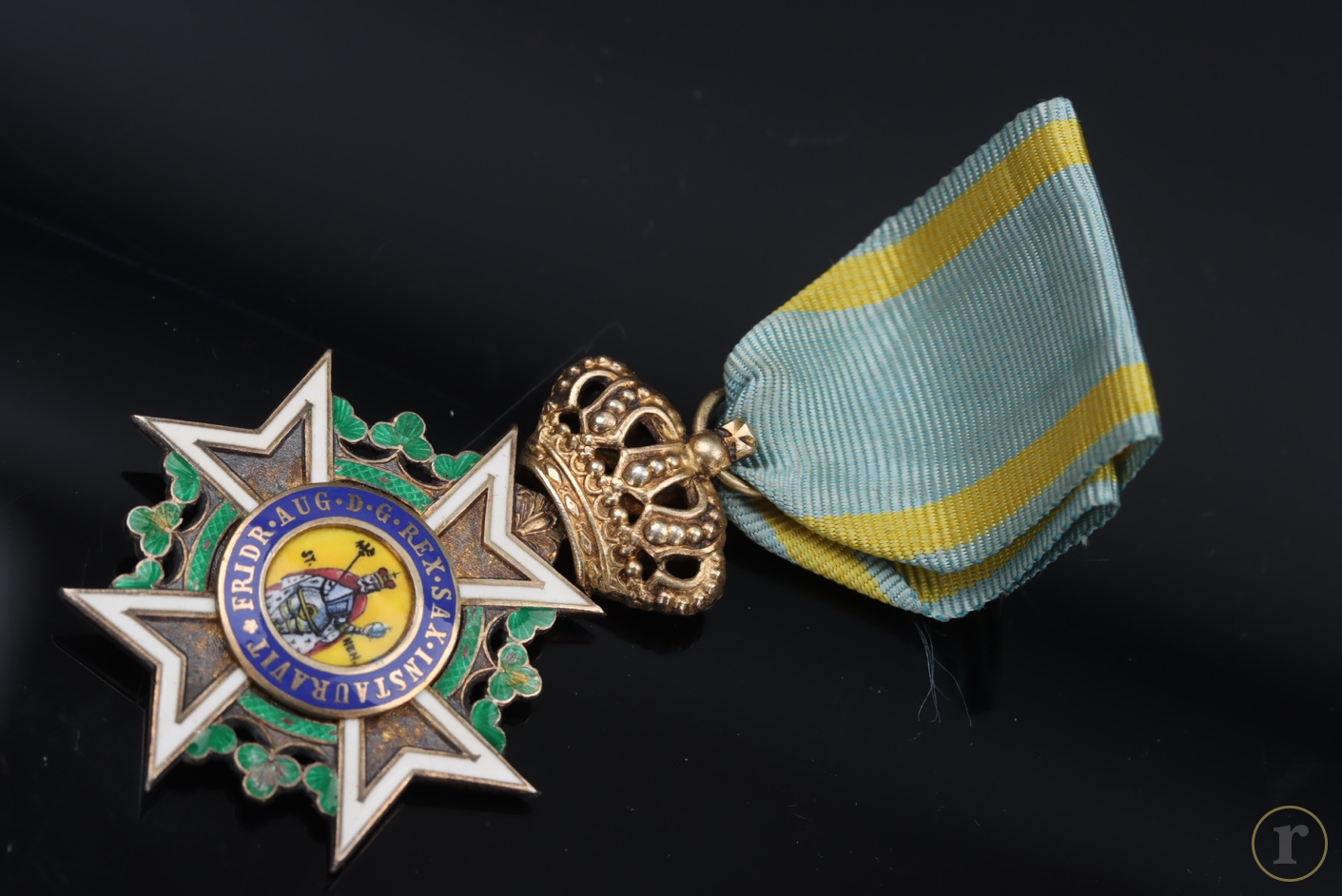 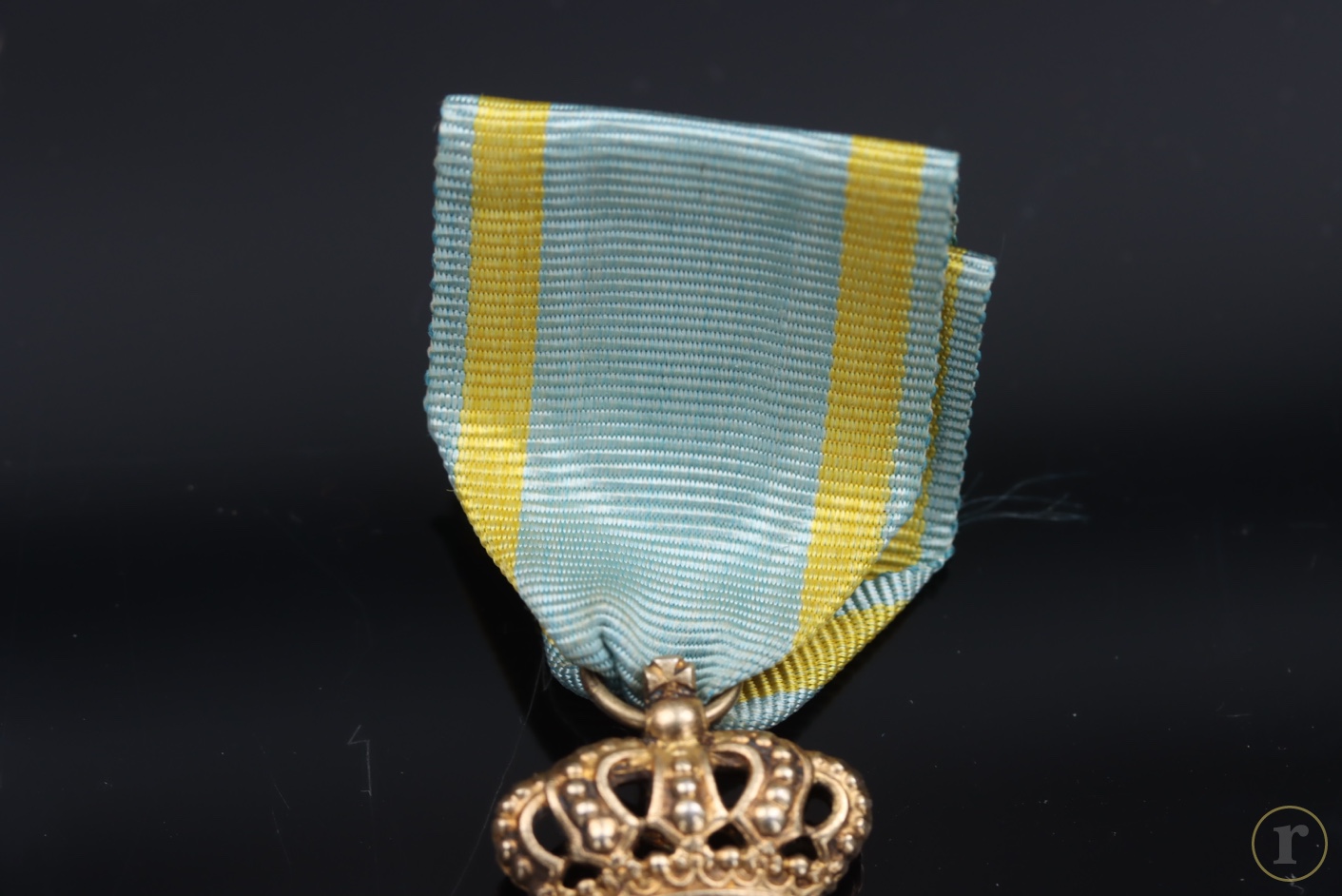 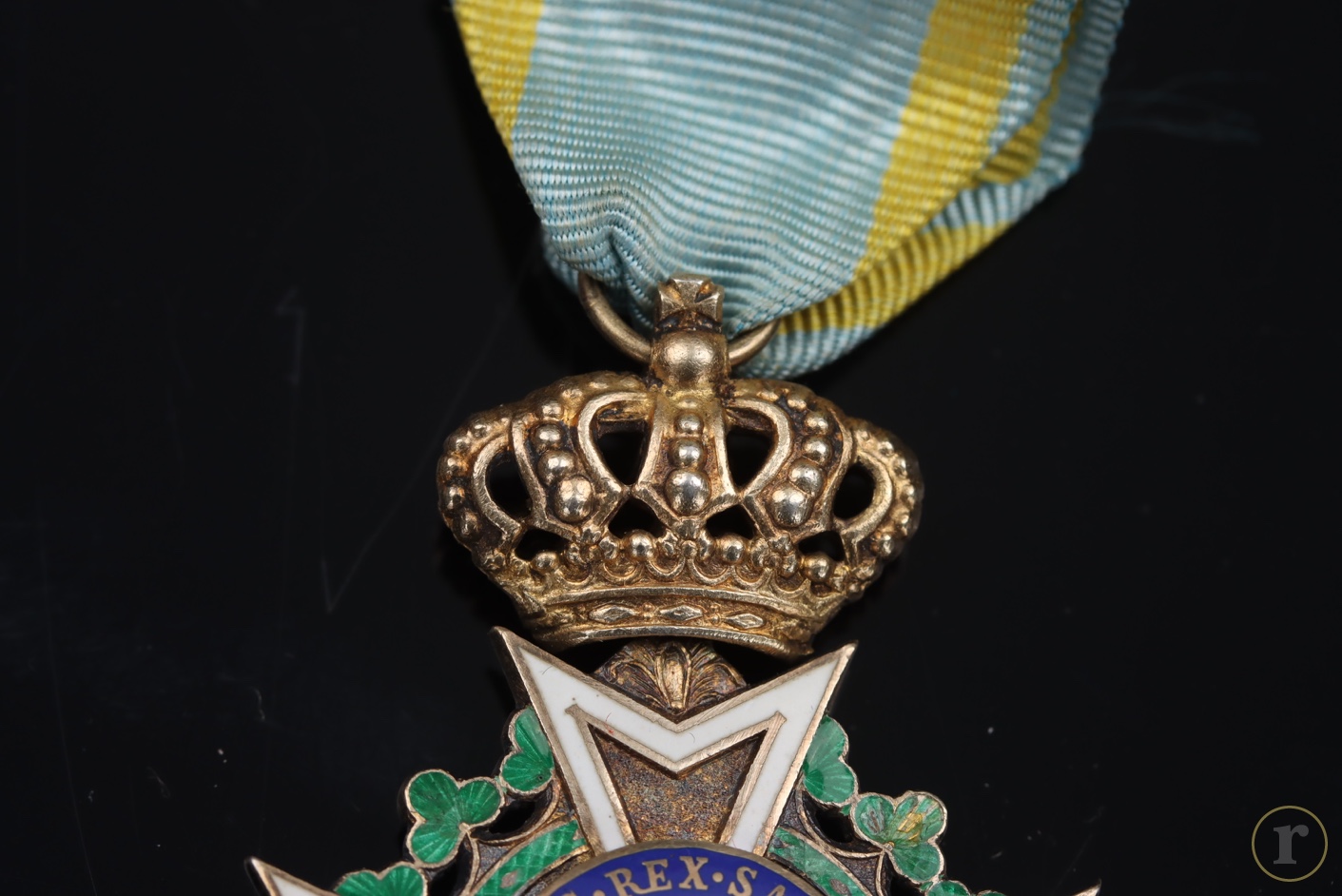 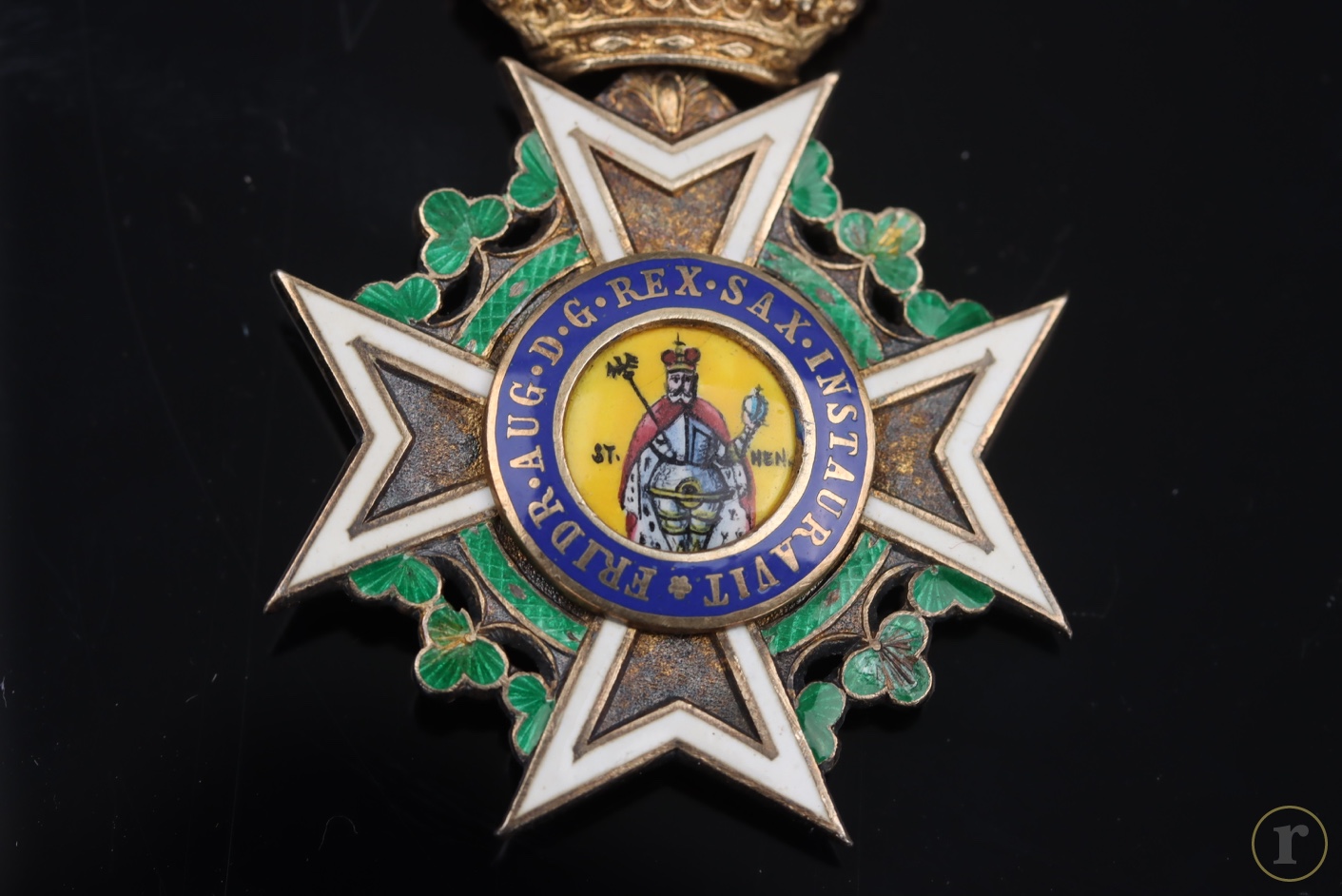 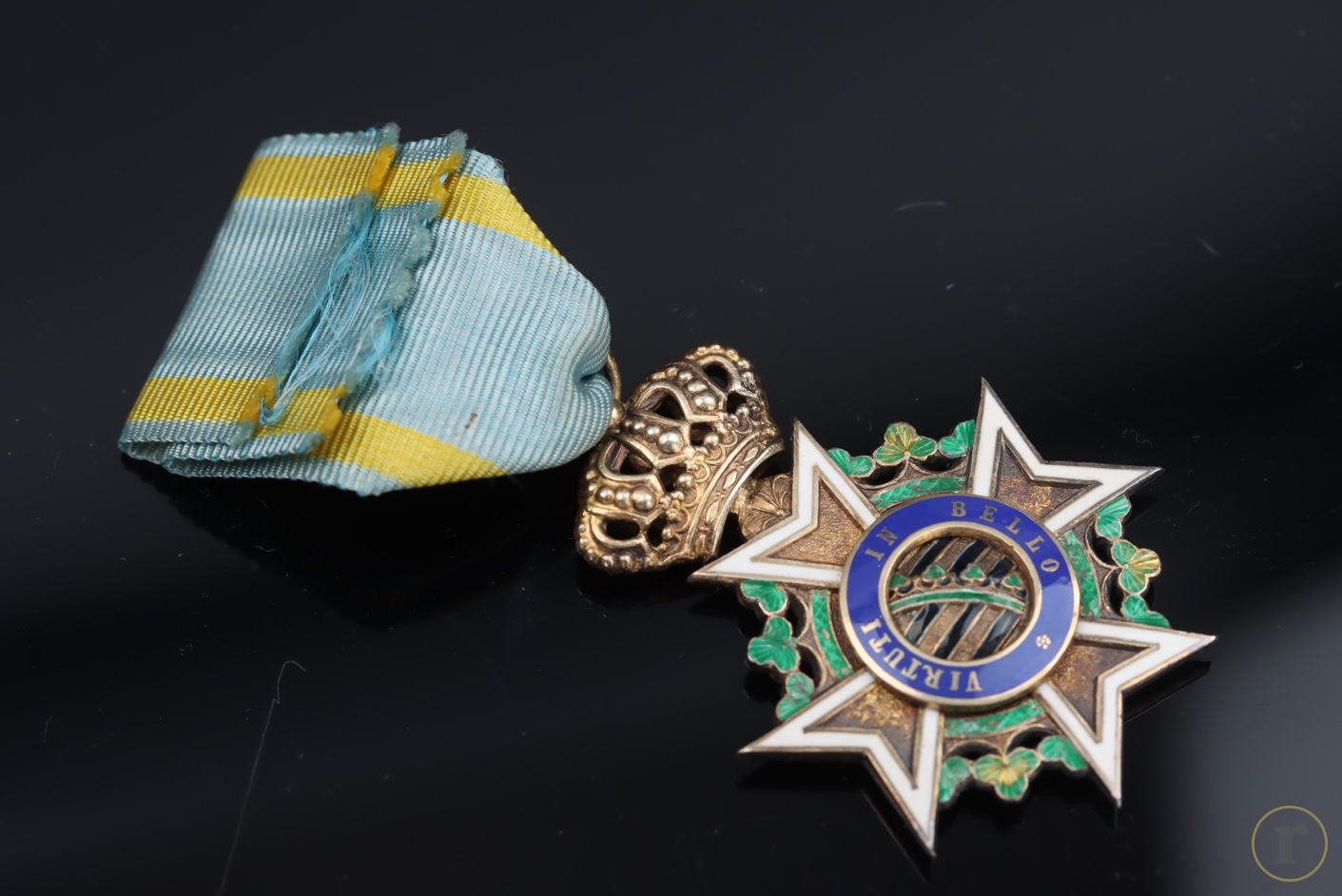 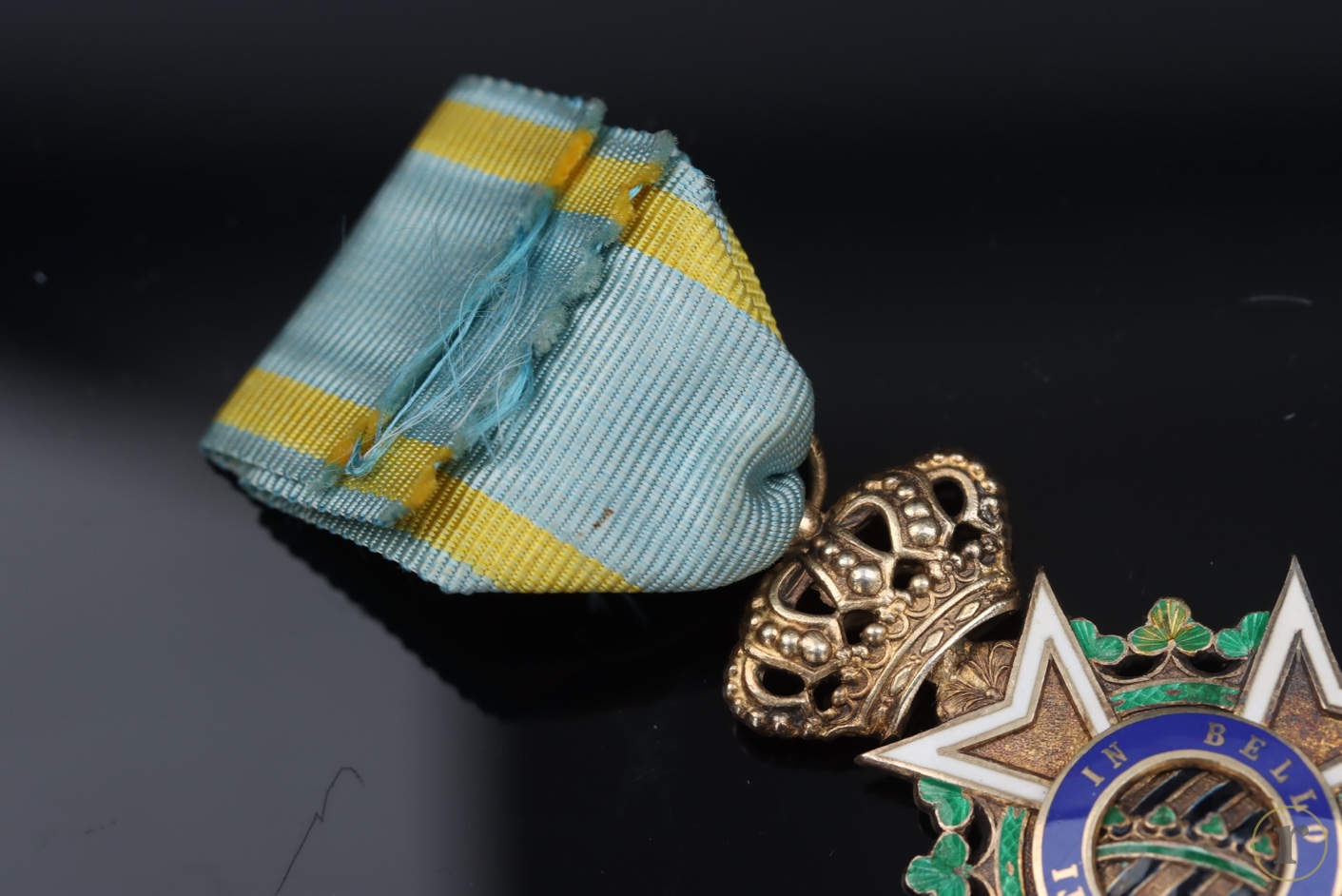 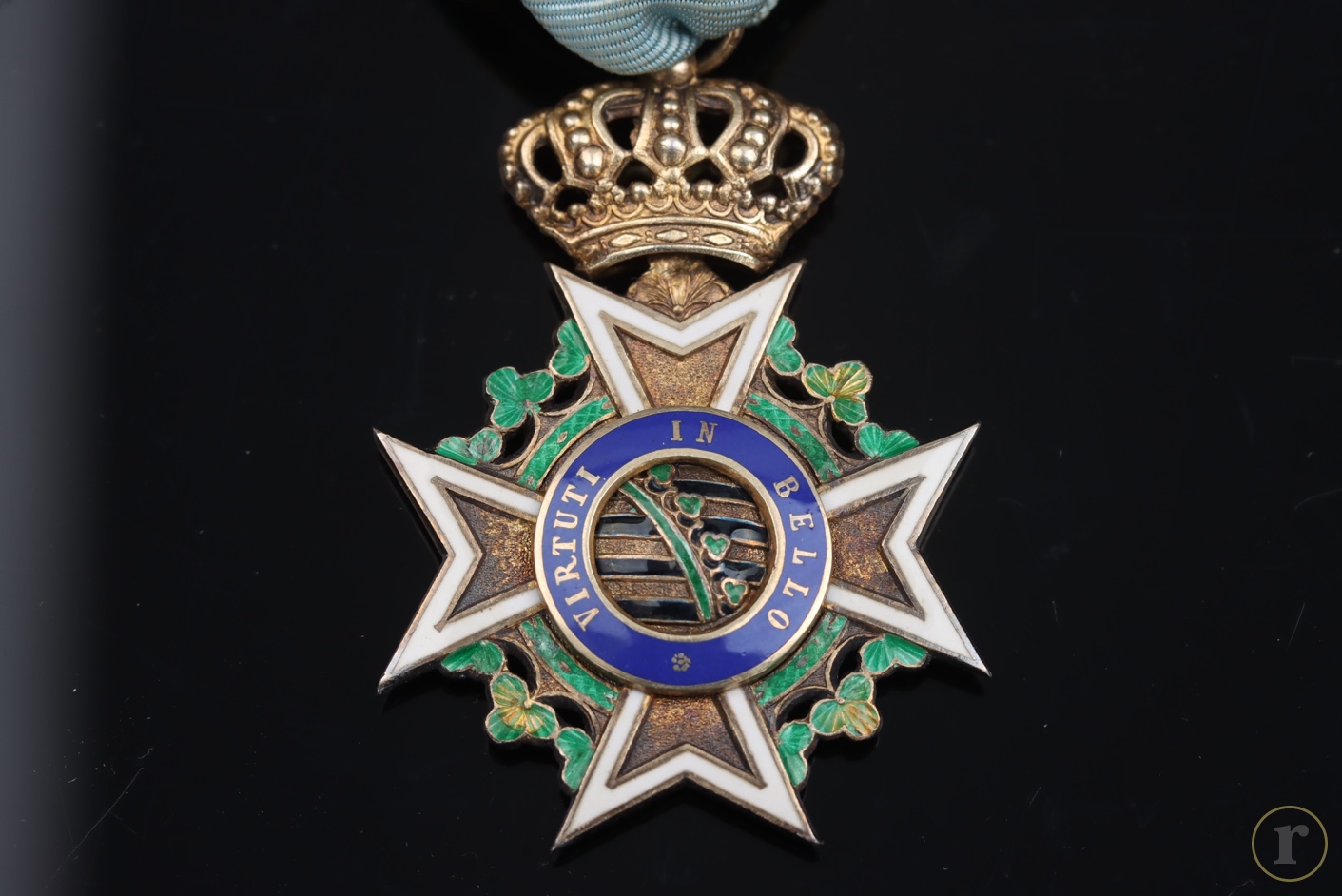 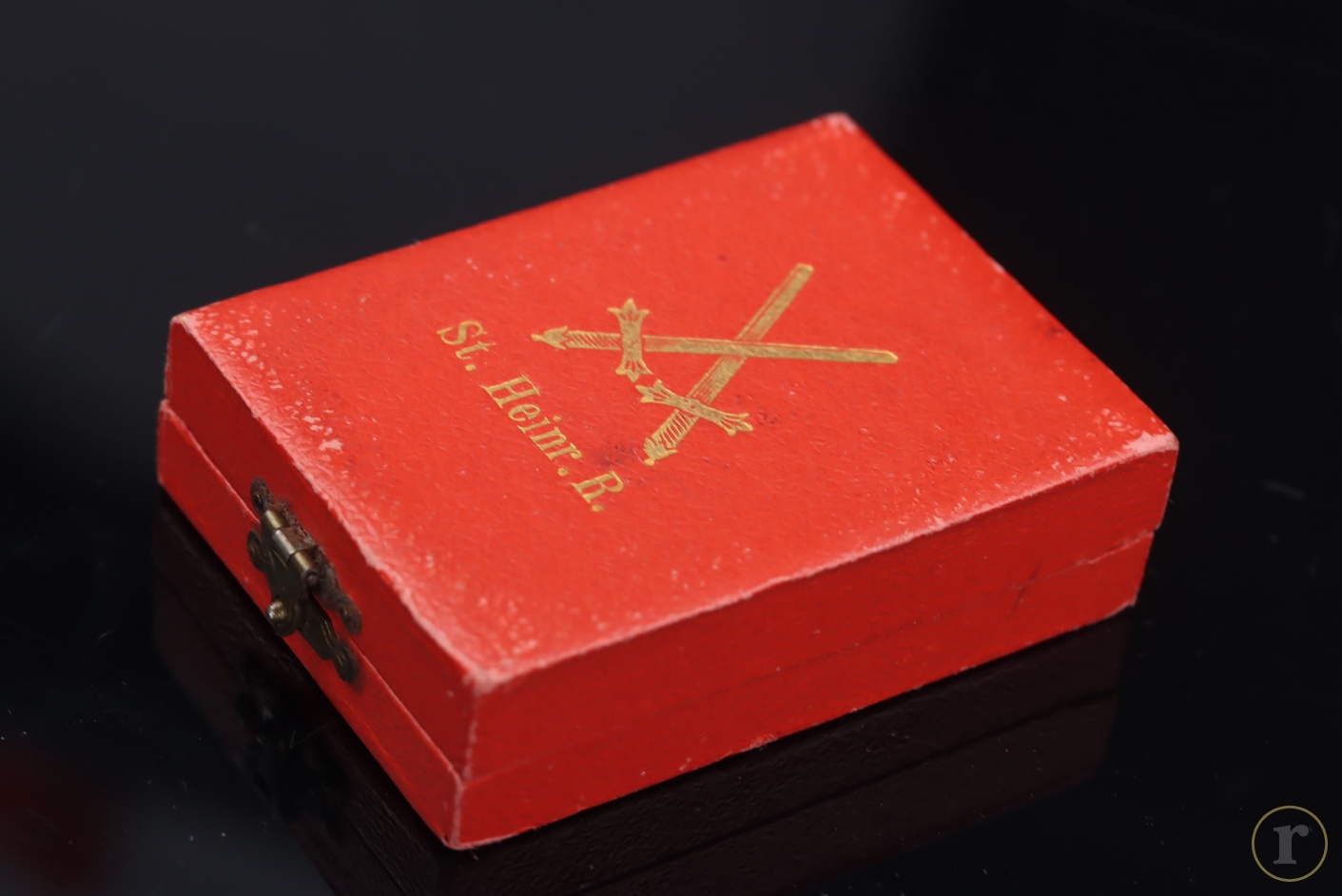 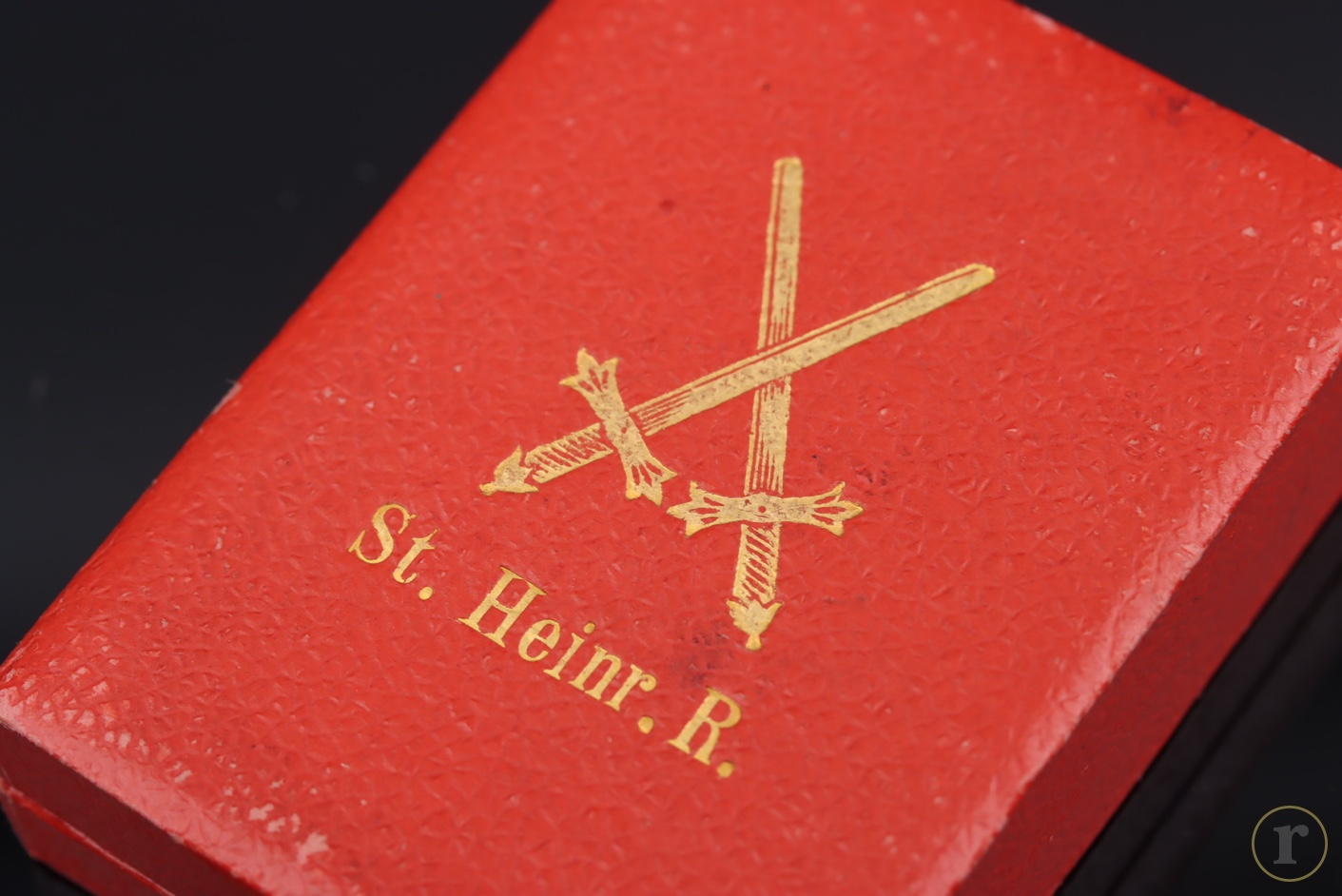 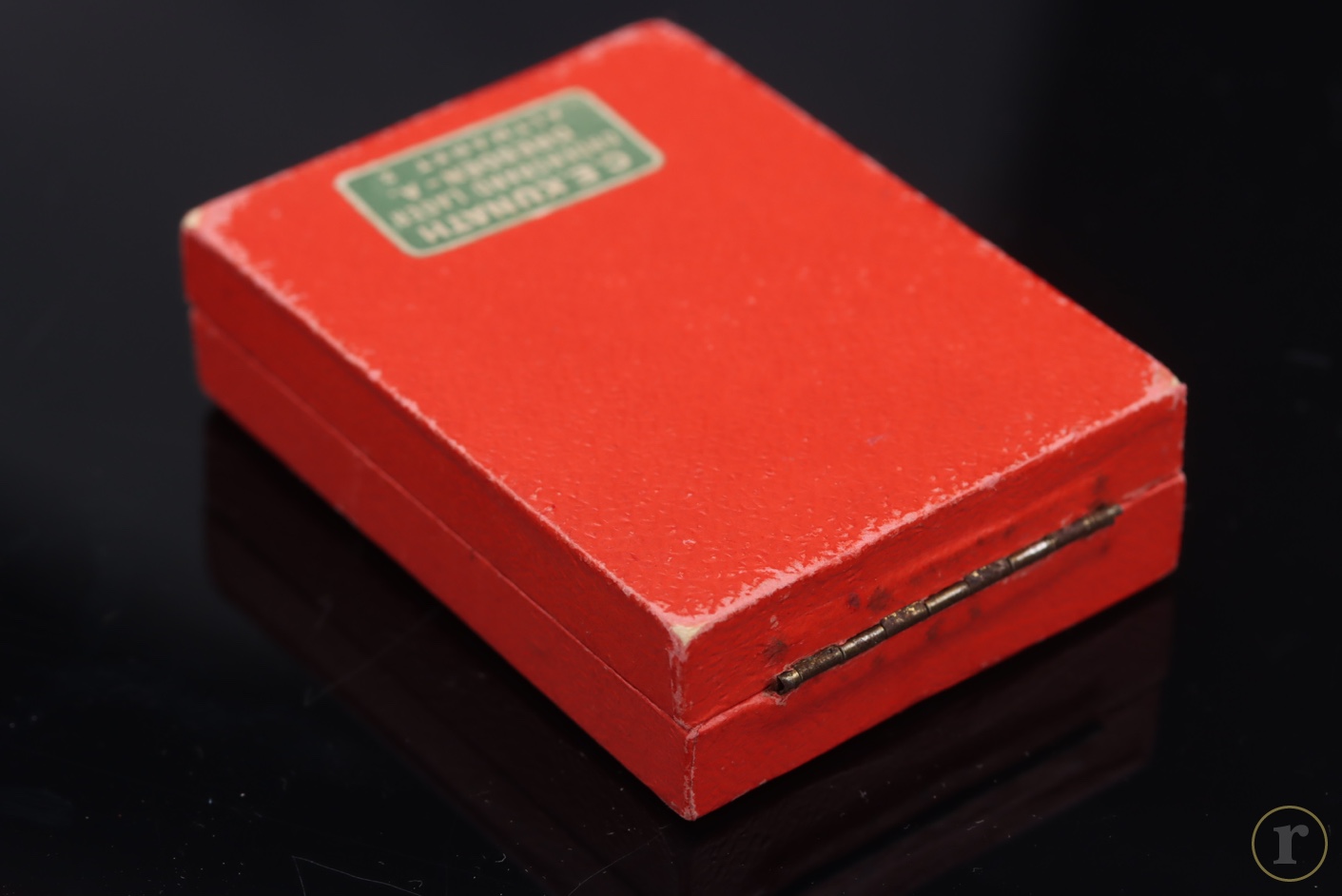 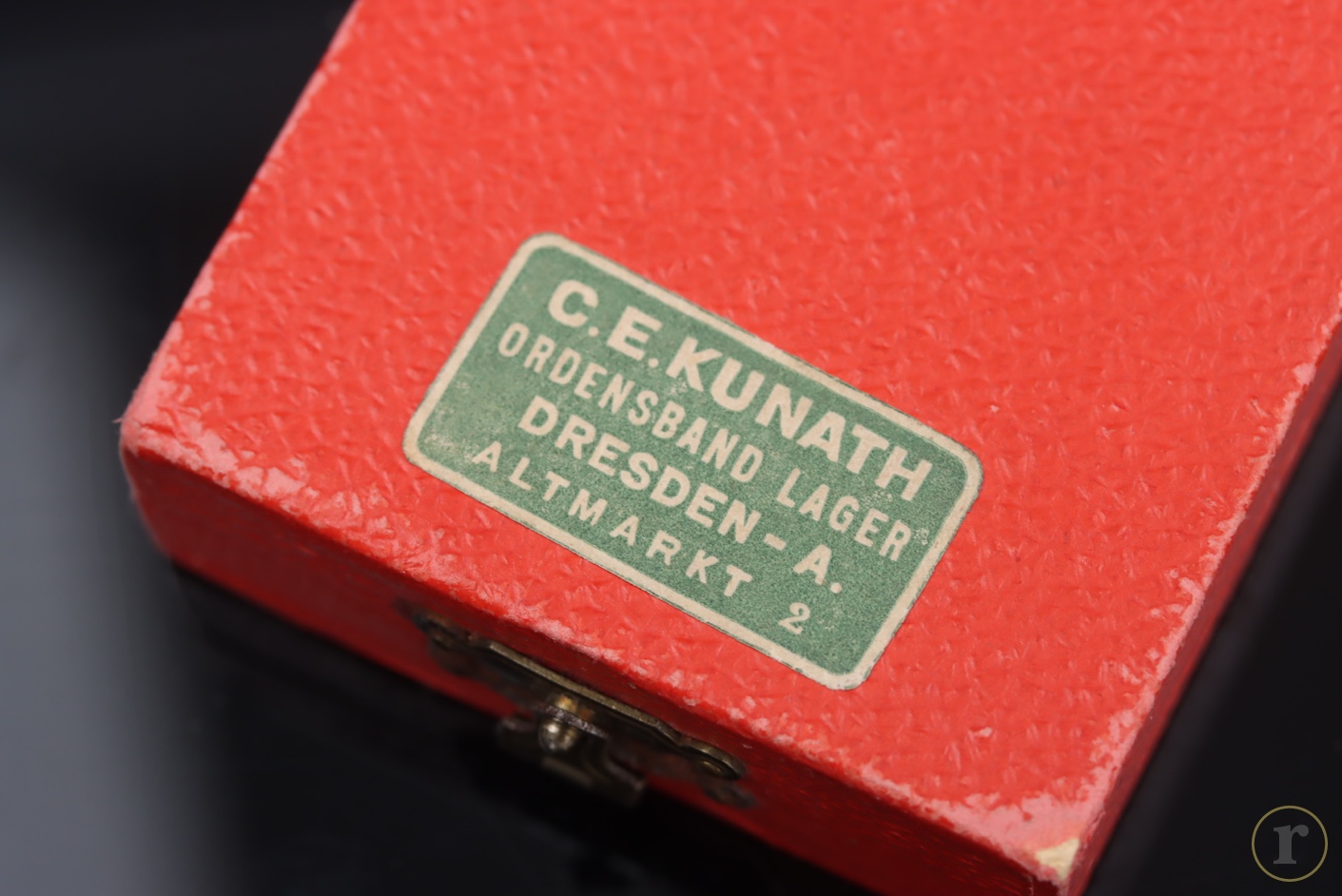 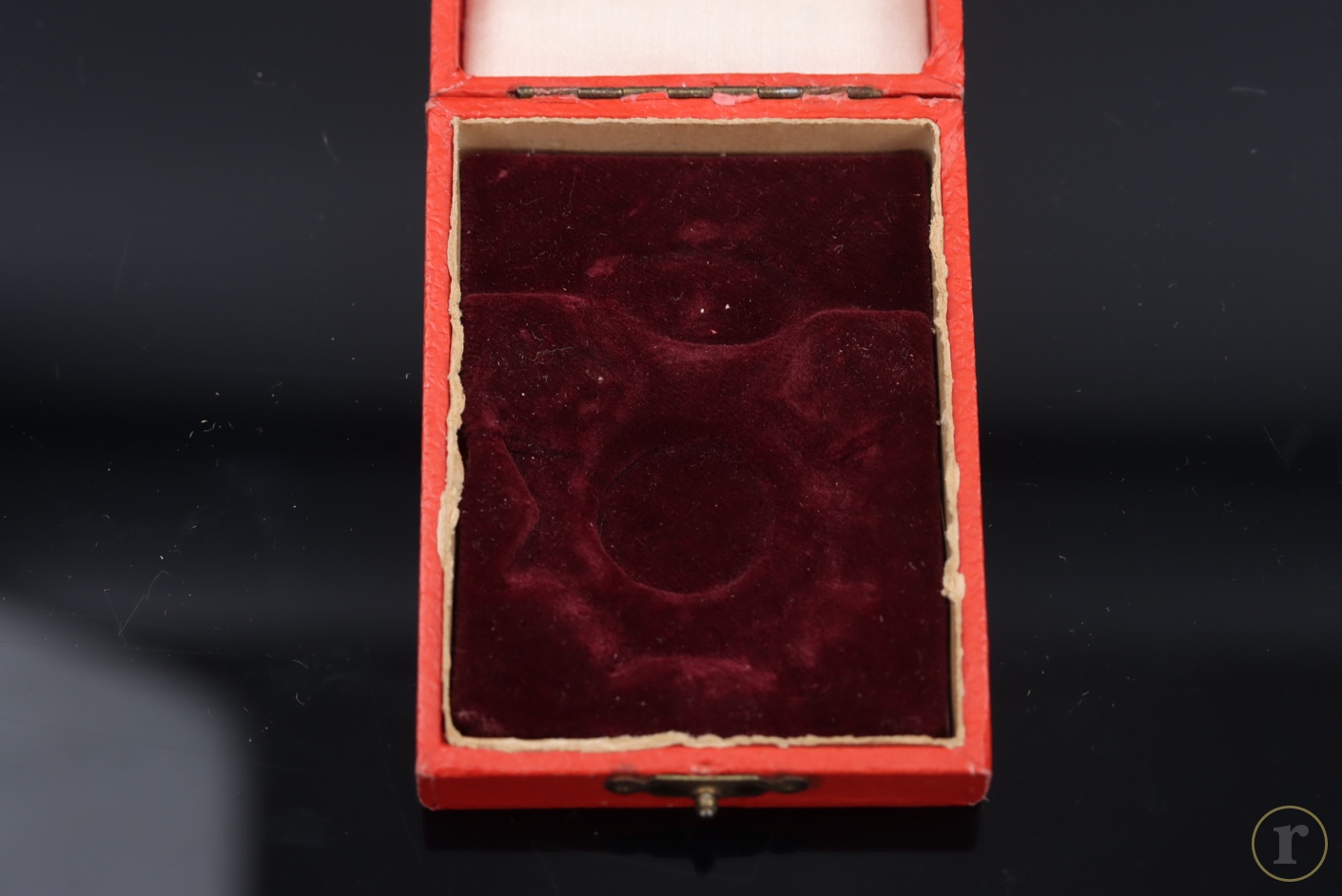 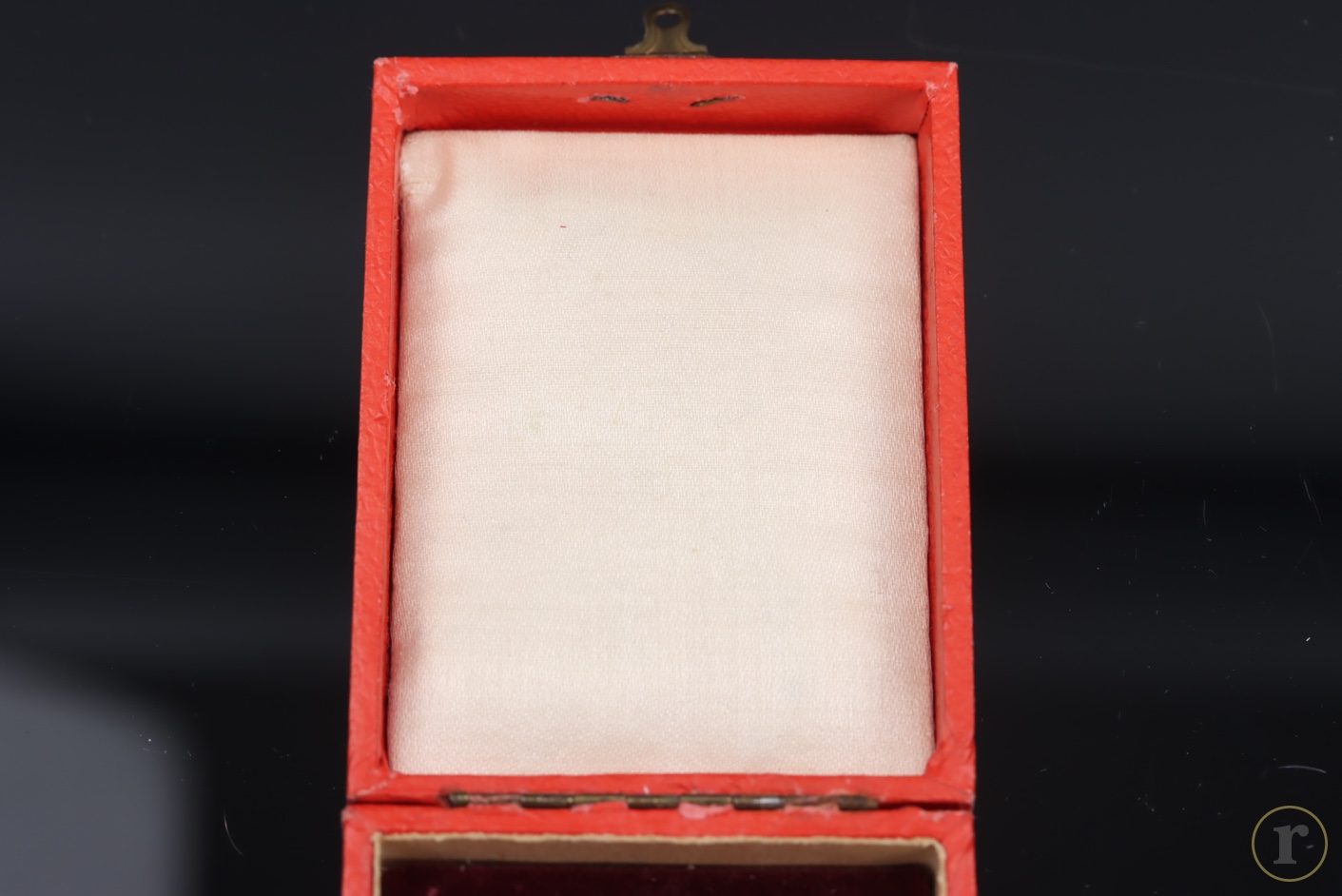