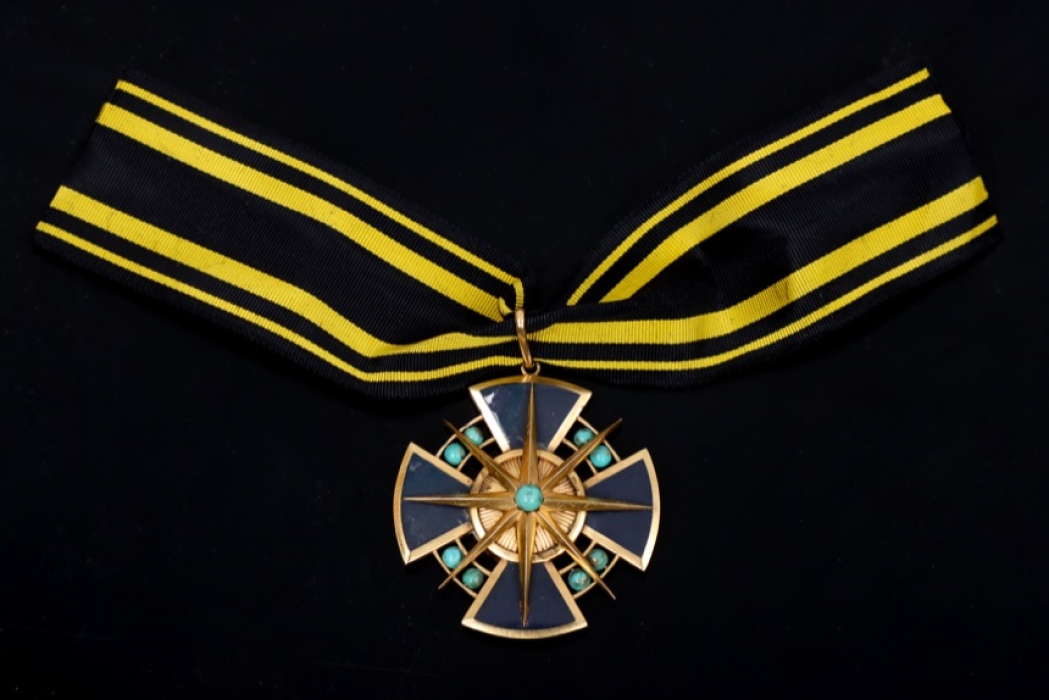 This Grand Commander Cross with Turquoise is made from gilded silver, Turquoise and enamel. The semi translucent grey-black enamel shows the typical consistency of those exceedingly rare surviving examples. Based on the research conducted by Dr. Lars Adler 1 award of this grade was confirmed. Prince Viktor von Ysenburg und Birstein was awarded the cross on March 13, 1917. However, the files used do not reflect the actual number of awards. He was able to only confirm as of October 8, 2018, a total of 90 awards for all classes of this order. Aminor chip on the top left cros arm.

An extremely rare opportunity to acquire one of those few surviving crosses of this extraordinary order. This exact example stems from the famous Klingbeil collection and is pictured in his book “Orden 1700-1000” on page 269 as number 882.

The Order of the Star of Brabant was founded by Grand Duke Ernst Ludwig on June 14, 1914, "to affirm the bond that intimately binds Prince and people with a visible sign which We wish to bestow upon men and women who wish to express themselves in Our service or through works of charity, or other aspirations serving the common good, for the welfare of the country" So far the statutes.

The naming is also explained here, it says: "In memory of Our illustrious ancestor, Saint Elisabeth's grandson, the first Landgrave of Hesse and founder of Our Princely House, Henry, from the Duke Tribe of Brabant We name the Order Star of Brabant and determine the birthday of Our illustrious ancestor, June 24, as Foundation Day". Grand Duke Ernst Ludwig appointed himself and his successors Grand Masters of the Order and placed the Order of the Star of Brabant on an equal footing with the Order of Phillip the Magnanimous.

As can be seen from the above, the Order was intended as an award for merit in all social spheres and strata. Not designed for war merit, the outbreak of the First World War prevented its development. Nevertheless, the order with its 12 classes (4 classes for ladies) and its medal, was awarded in small numbers in not all classes.

The Order Star of Brabant is probably one of the most unusual Teutonic Orders. Founded in 1914, it fits perfectly into the taste of the time. However, as a truly avant-garde design for an order, it meets the taste of the Grand Duke and reflects the zeitgeist manifested in the existence of the artists' colony, "Mathildenhöhe", in Darmstadt, with its German Werkbund style. 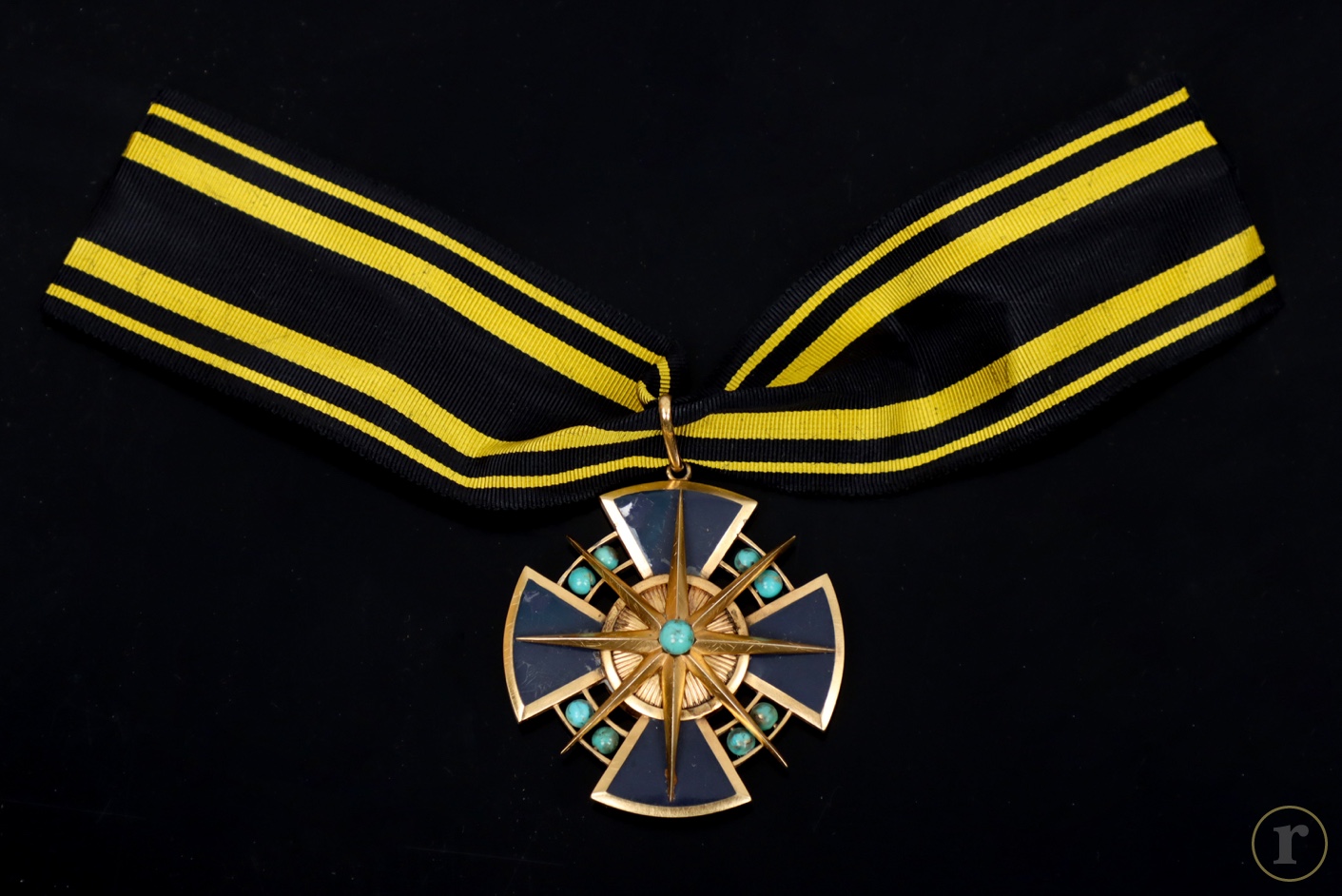 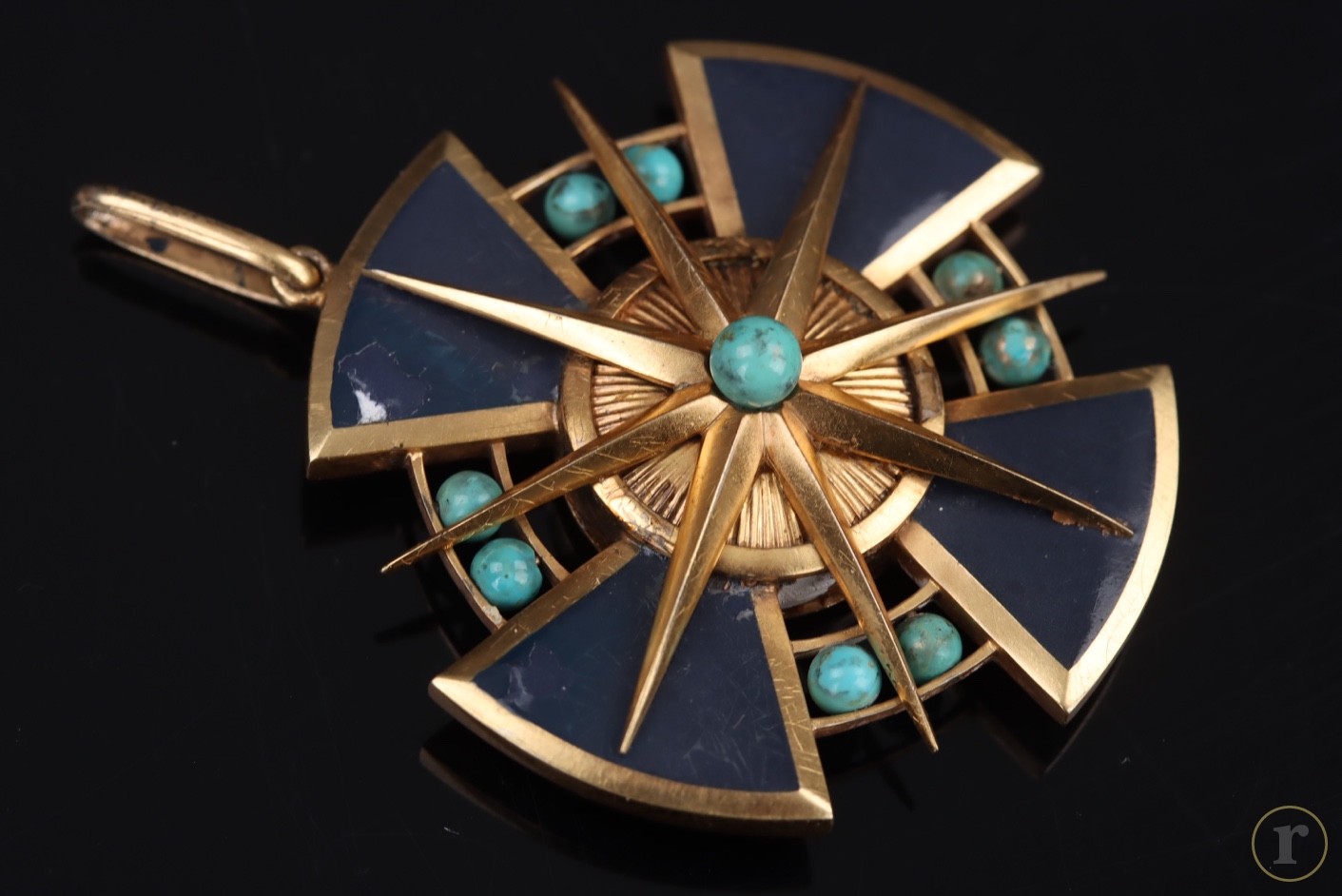 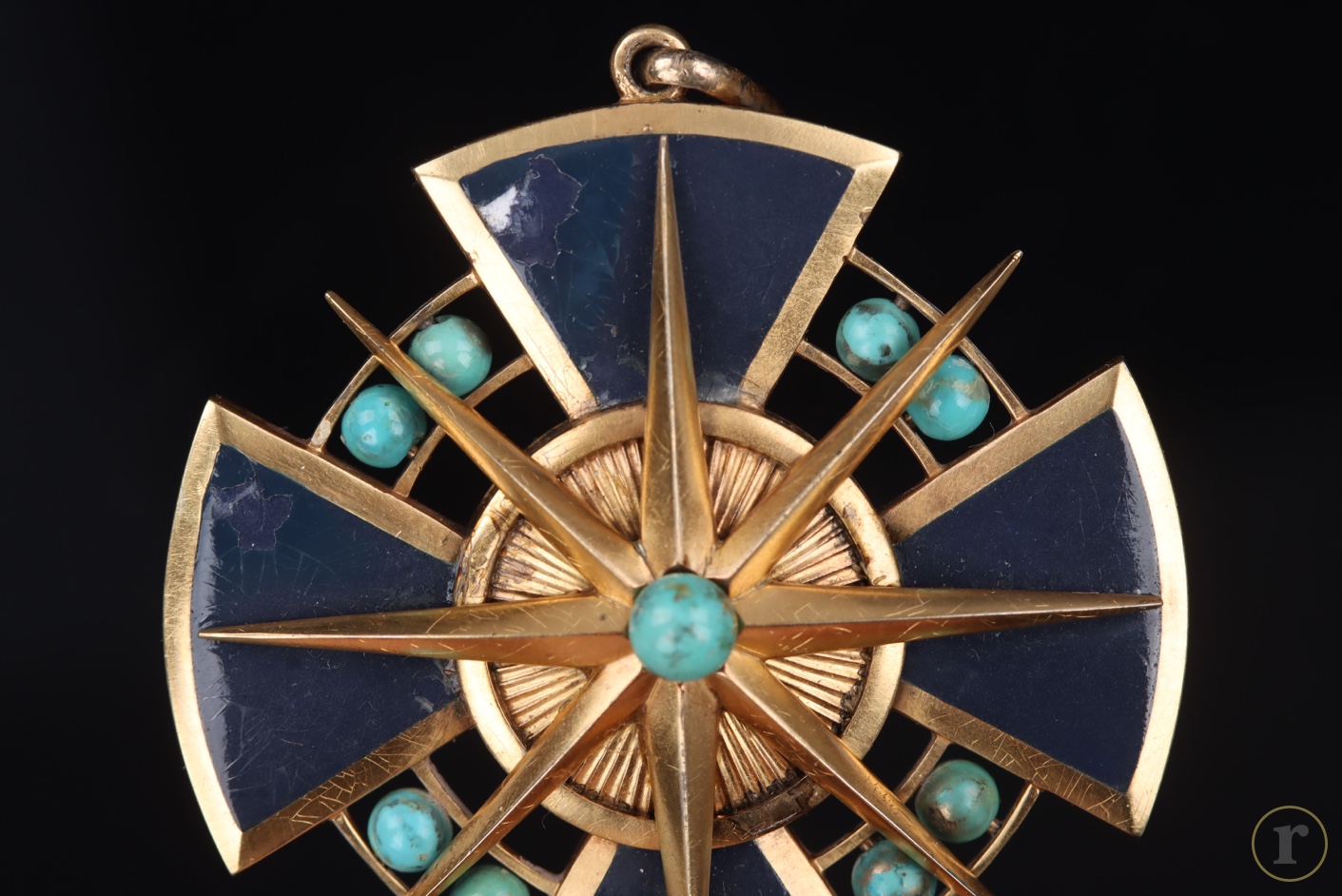 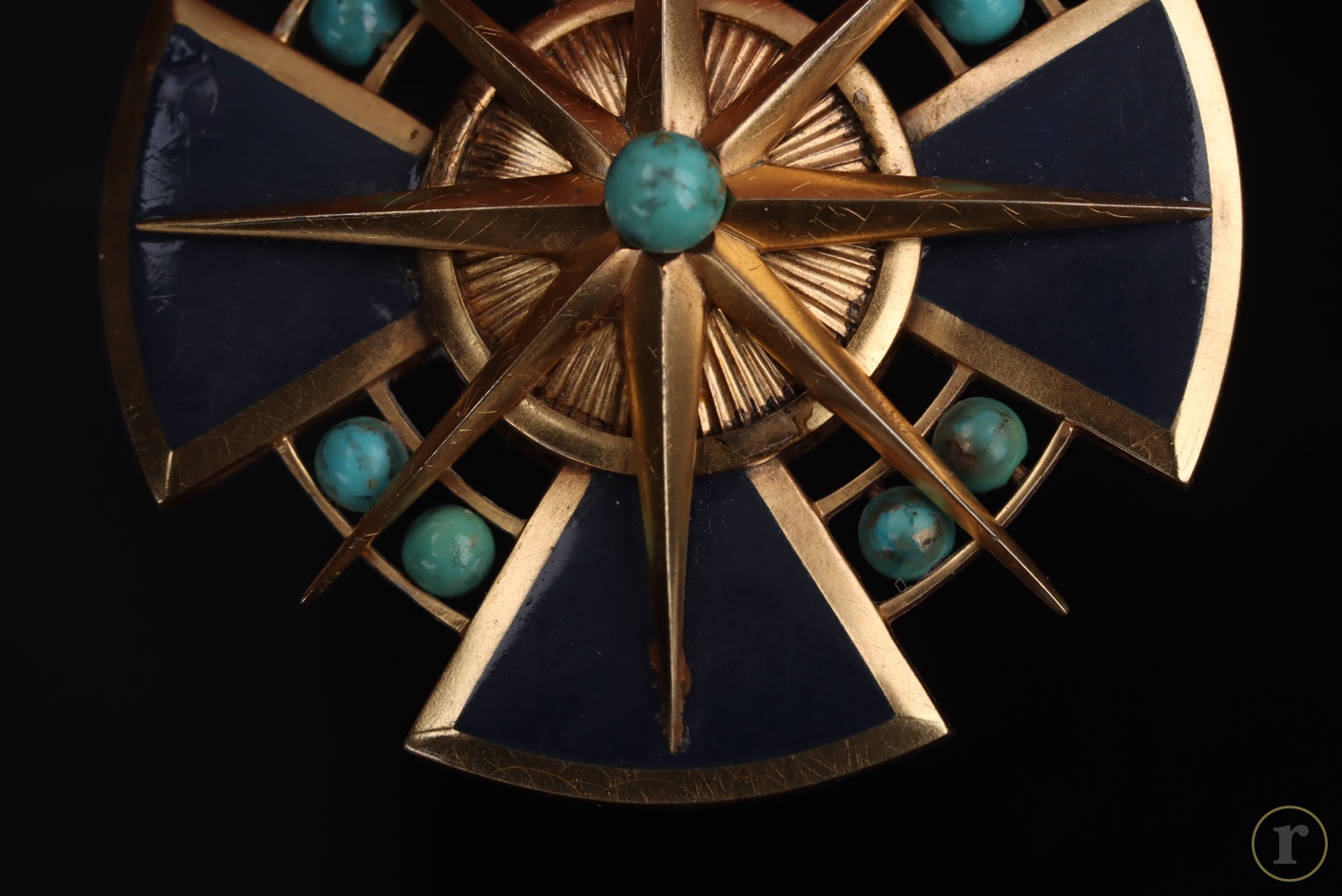 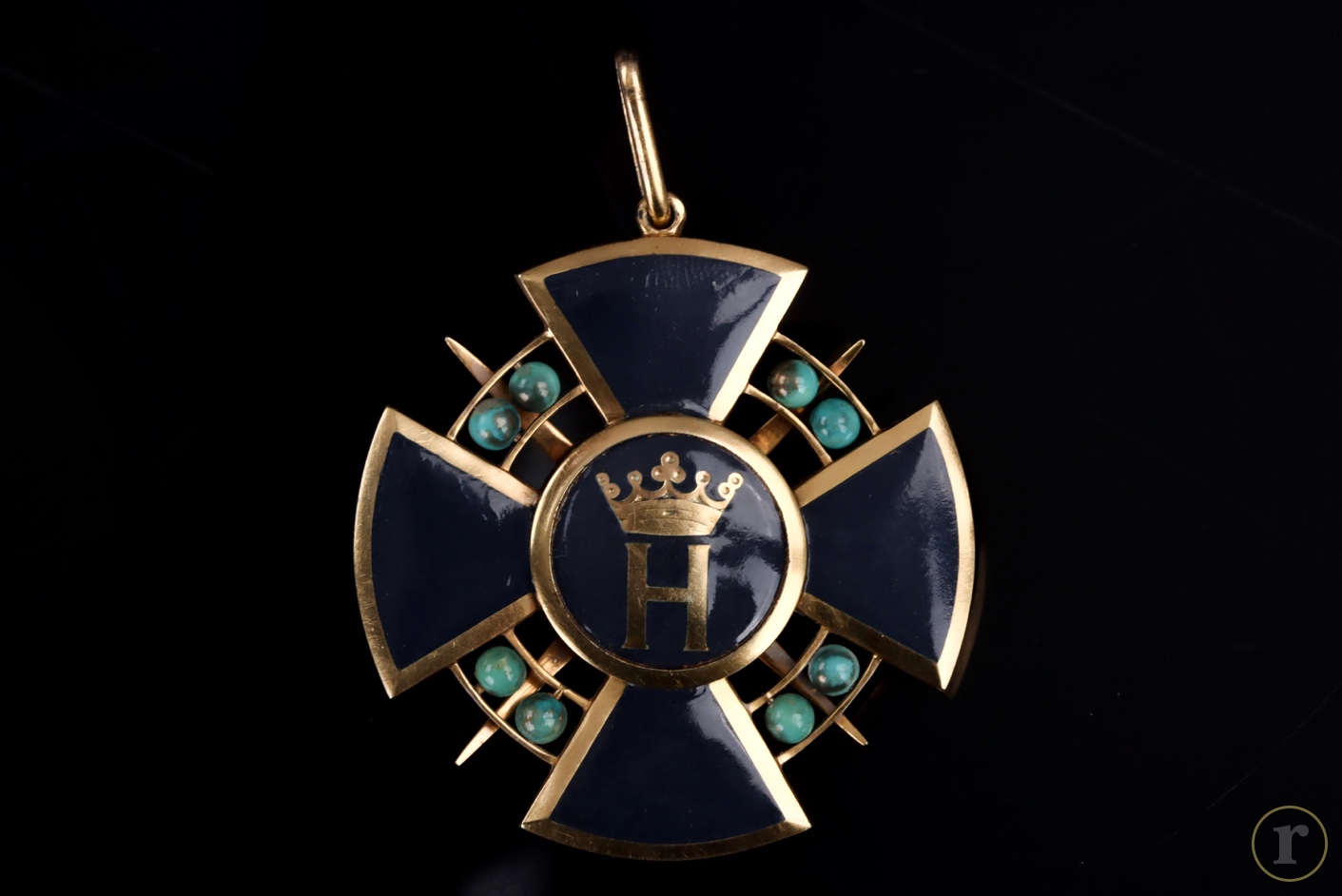 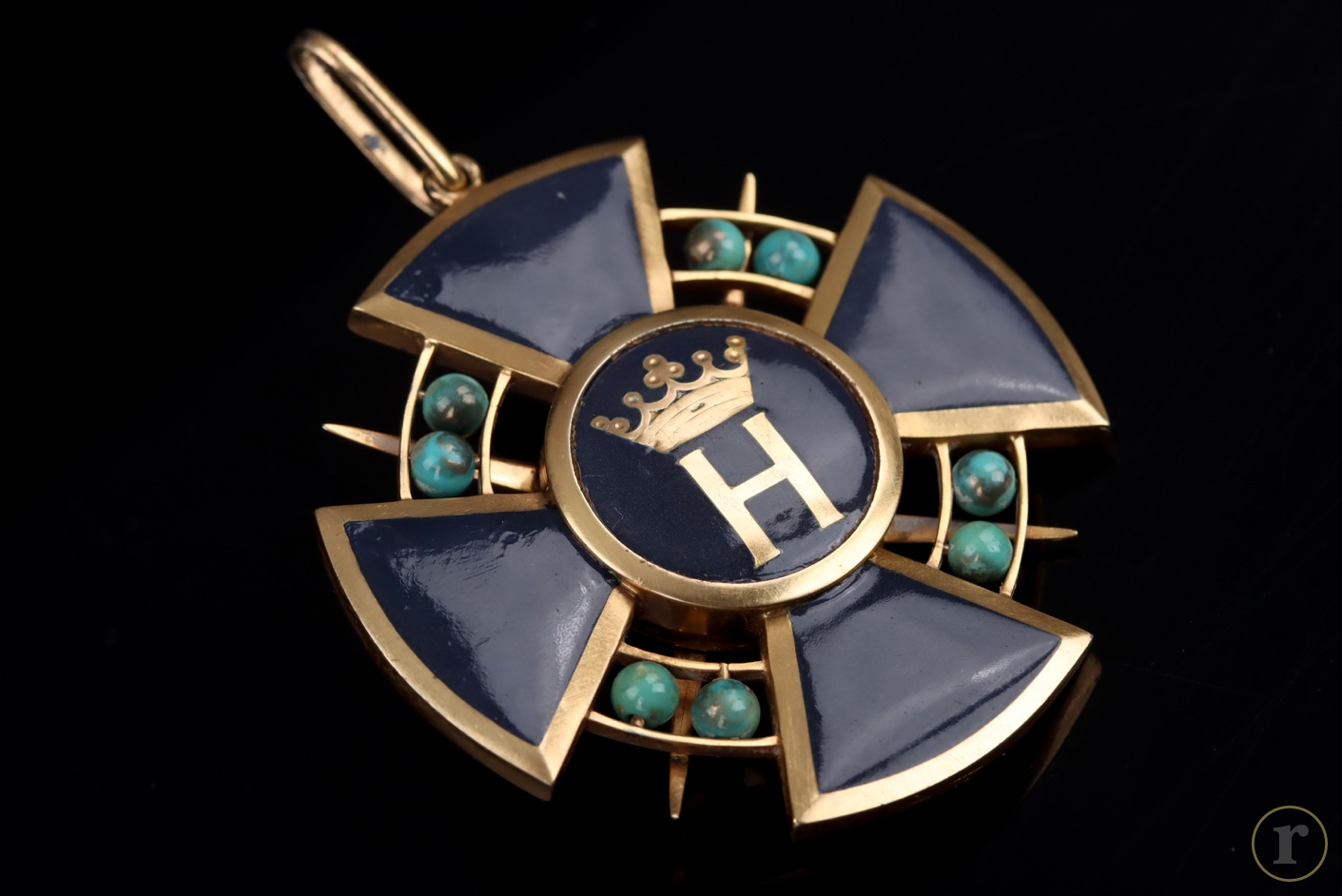 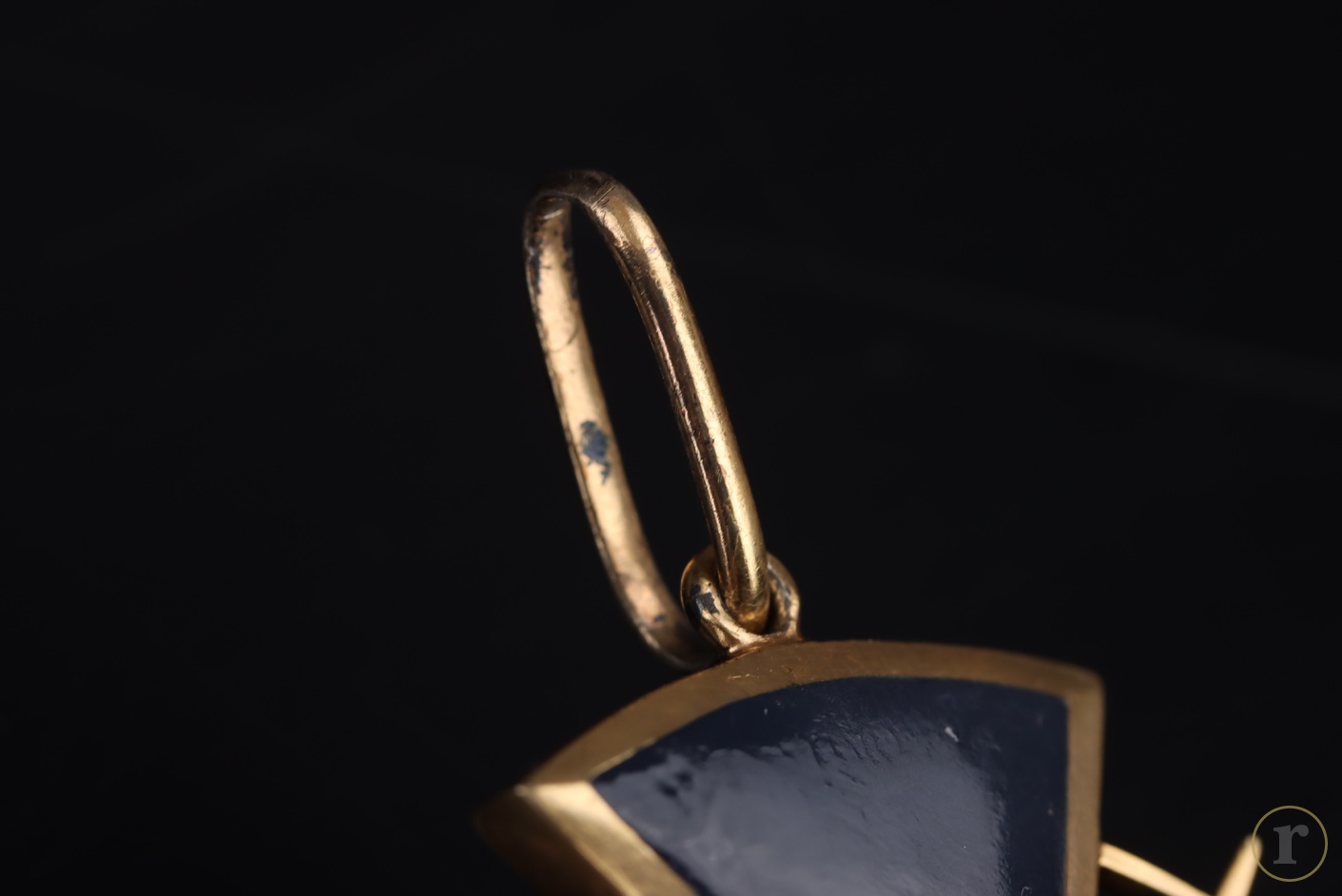 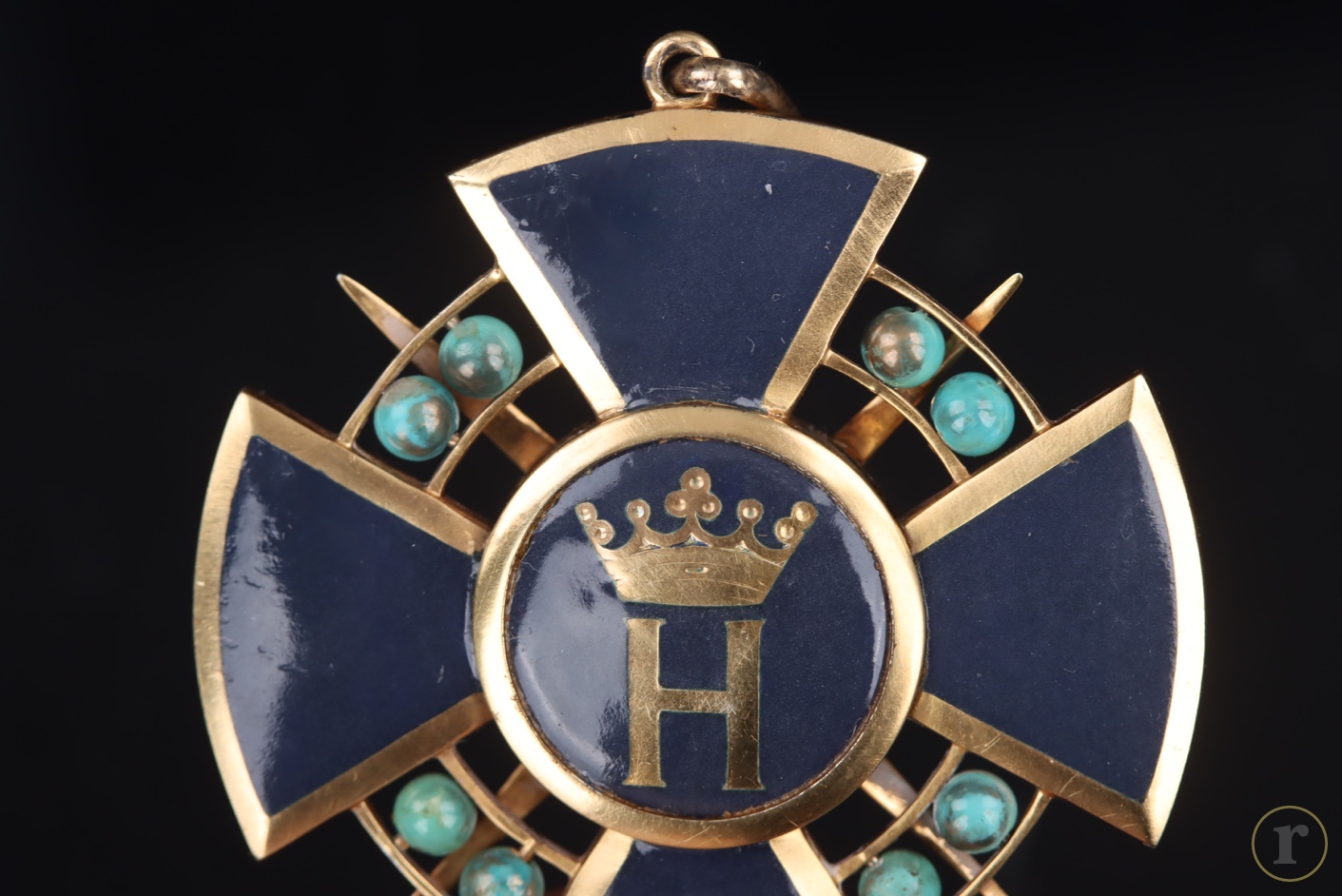 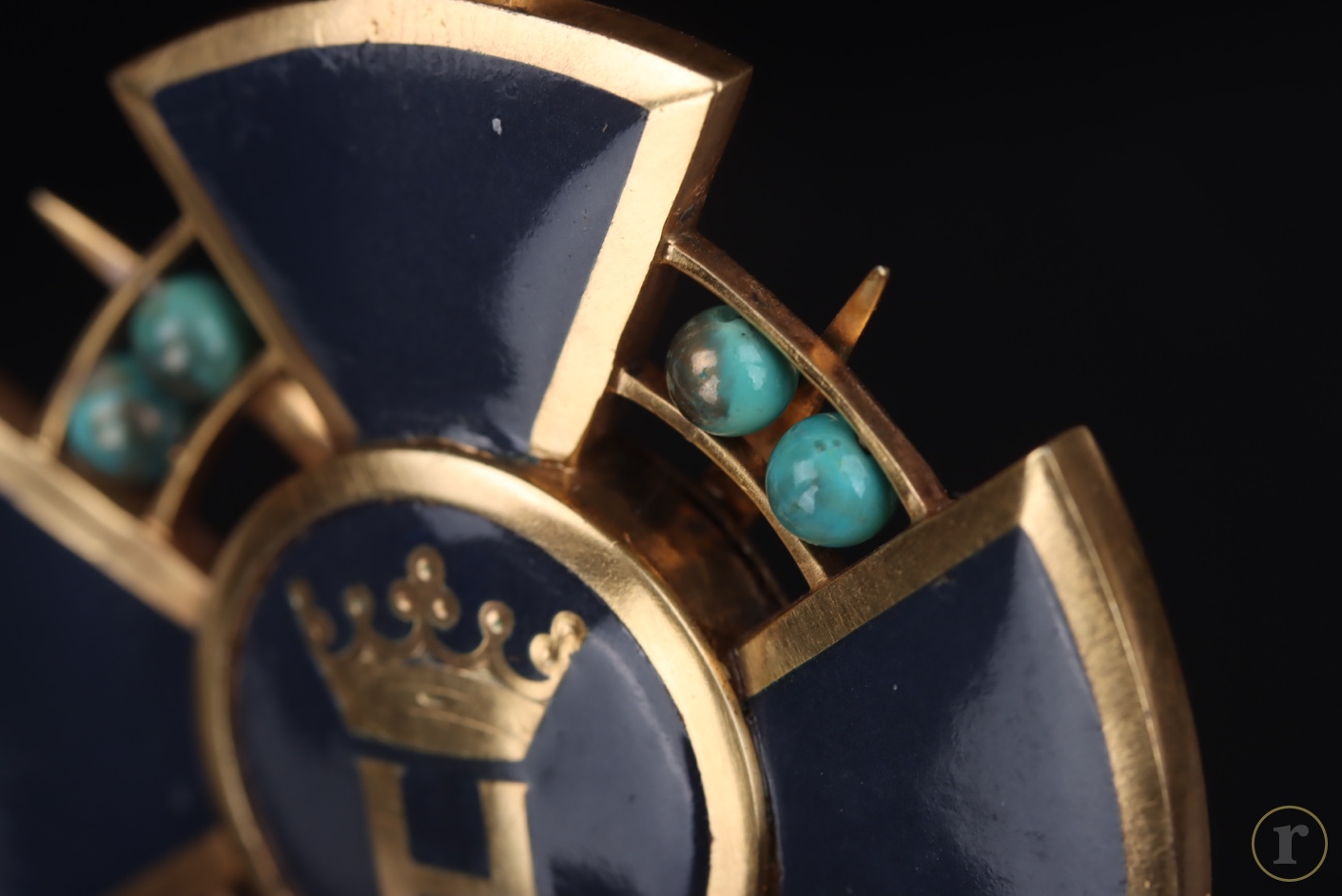 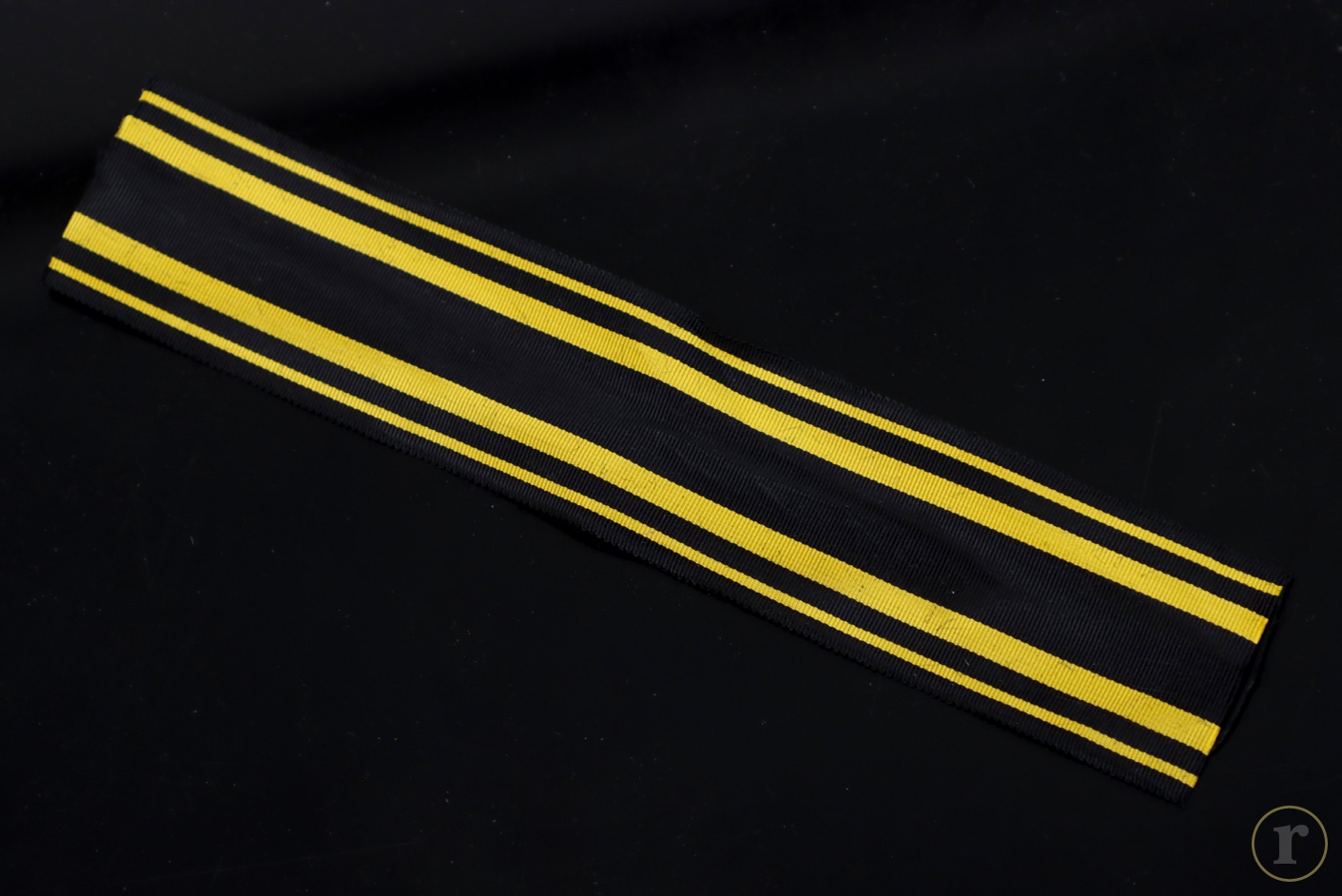 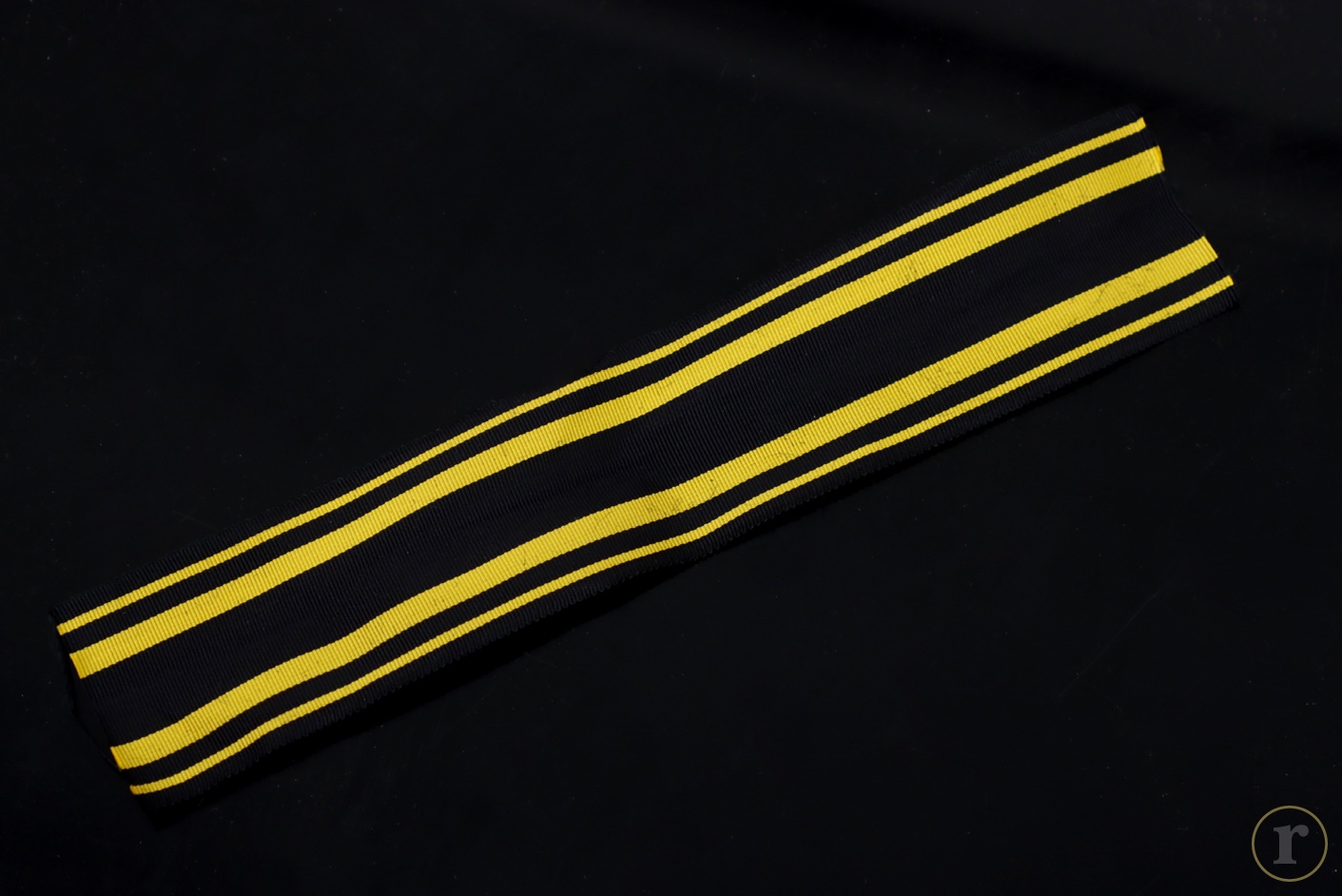