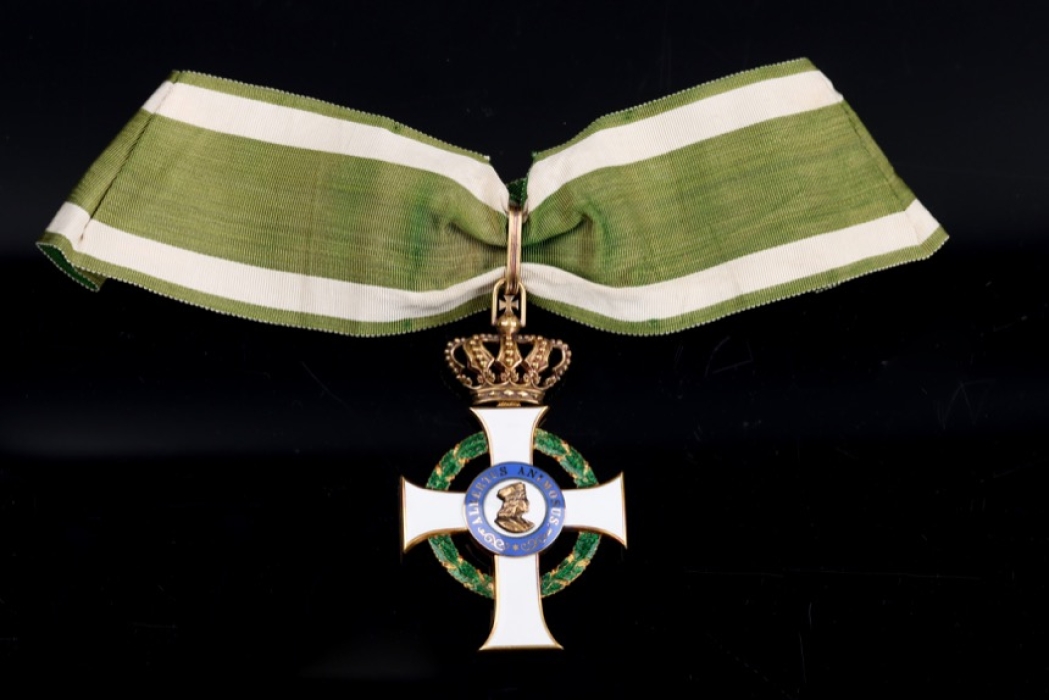 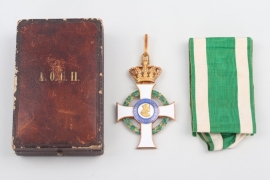 Commander's Cross of the Saxon Order of Albrecht on the original neck ribbon. Made from Gold and enamel. Here an earlier early cross with beautiful gold patina. Except for a minimal, barely visible superficial chip in the inner white enameled part of the reverse medallion in perfect condition.

The cross is the same size as the Grand Cross of this Order, which was worn on a shoulder band. 1181 copies of the Commander's Cross 2nd Class (Neck Cross without Star) have been awarded.

A most beautiful cross with fantastic charm.

Initially there were five classes: a) Grand Cross (Großkreuz), Commander Cross 1st Class (Komturkreuz 1. Klasse), Commander Cross 2nd Class (Komturkreuz 2. Klasse), Knight Cross (Ritterkreuz) and Small Cross (Kleinkreuz). Those classes provided the basis for a series of changes made over the whole existence of this order.  The cross was designed as a christian cross in gold with white enamel showing a oak leaf wreath through the arms of the cross and surmounted by a crown in case of Grand Cross and Commander. The Medallion is white enameled with the bust of the former ruler (two types) and encircled by a golden blue enameled ring showing the orders motto: “Albertus Animosus” terminated on the bottom with a floral agraf. The reverse medaillon is white enameled as well with the saxon coat of arms attached. The blue medallion ring shows a floral design being terminated on the bottom with the year of its foundation: 1850. The four (Grand Commander) and eight (grand cross) pointed star shows the same medaillon in the middle as the cross.

On January 18, 1907, clarity was finally given to the Swords on Ring. Saxony followed the mainstream rule, when Swords on Ring were shown upgrading an existing military decoration with swords to the next higher class awarded for civil merit without swords 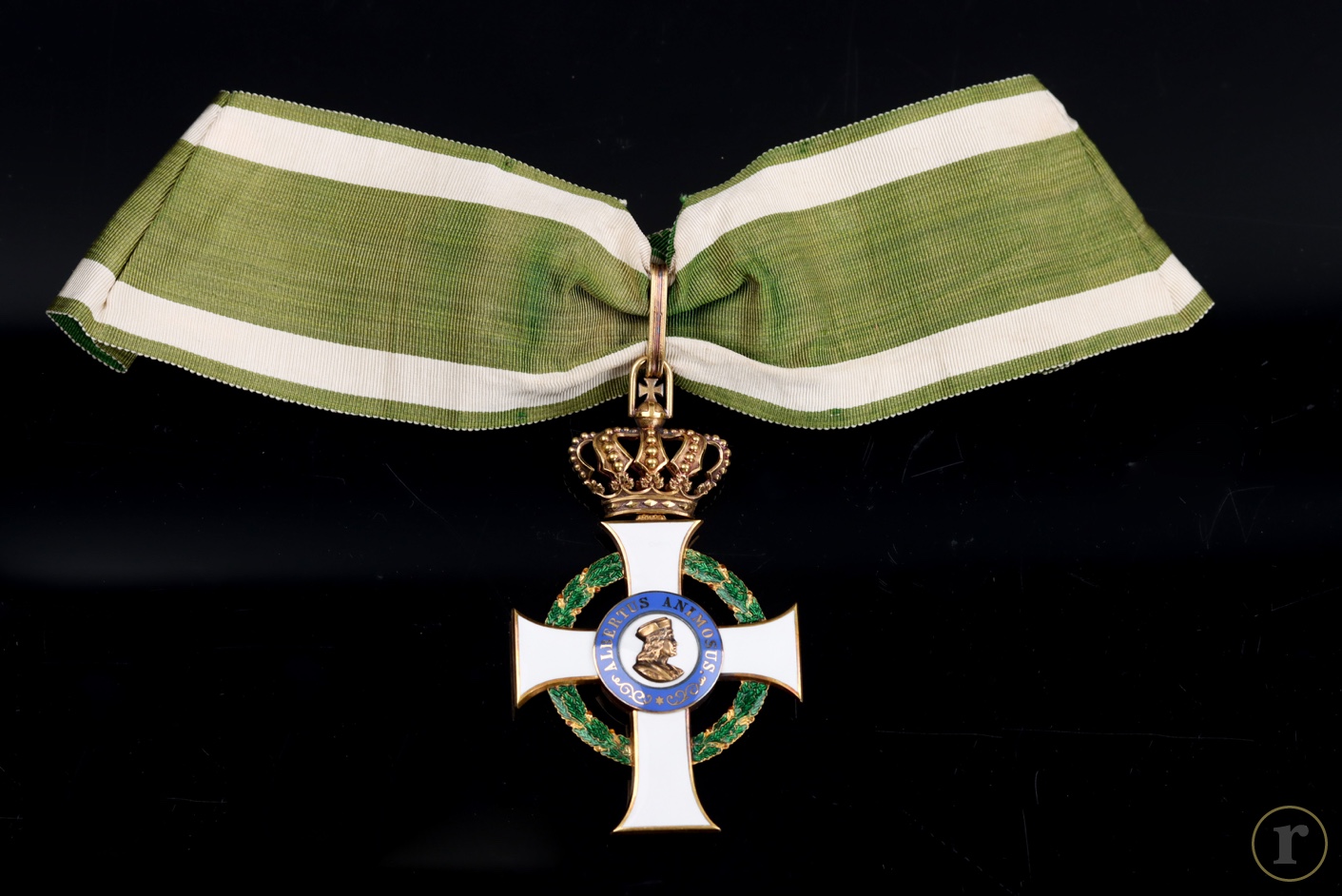 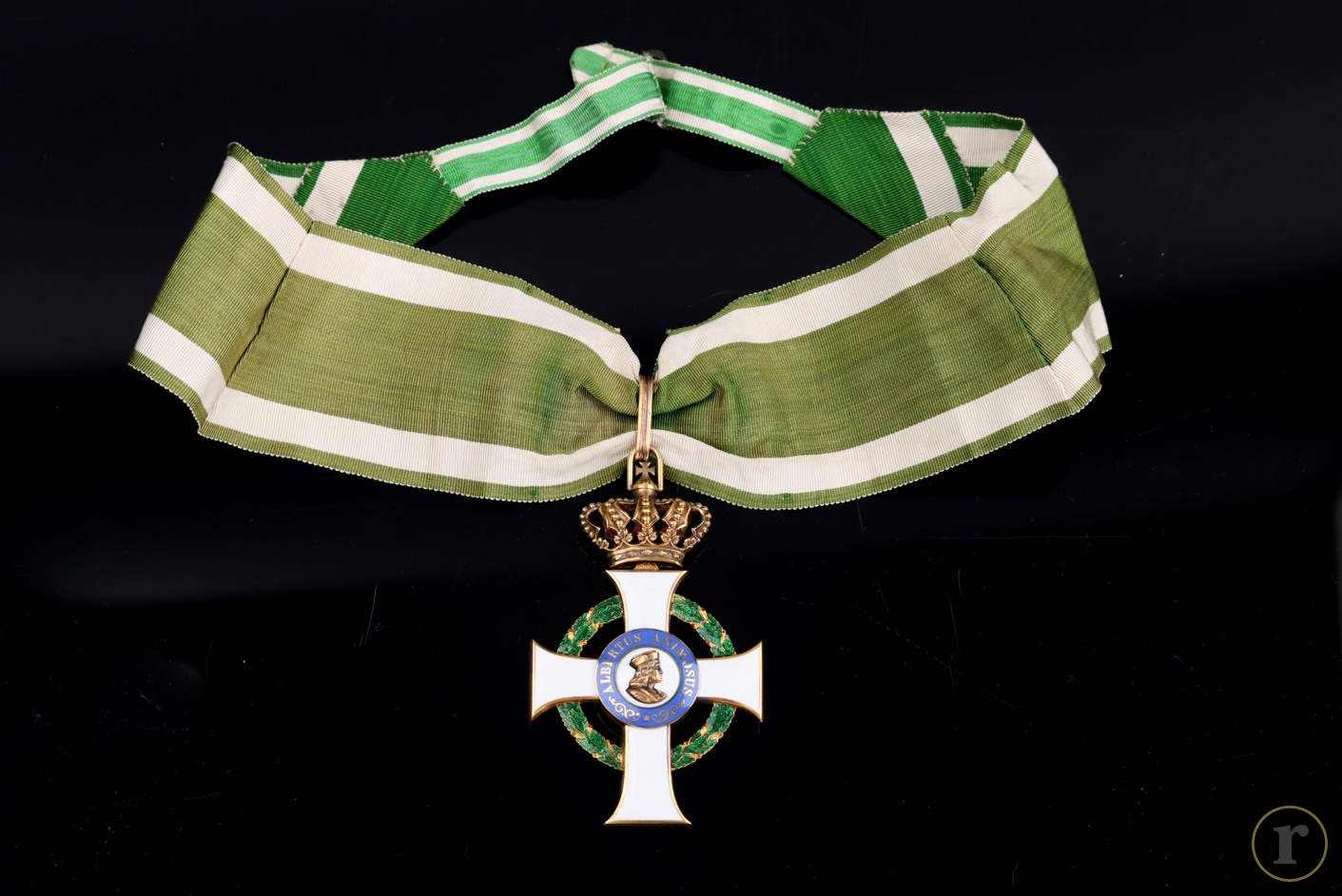 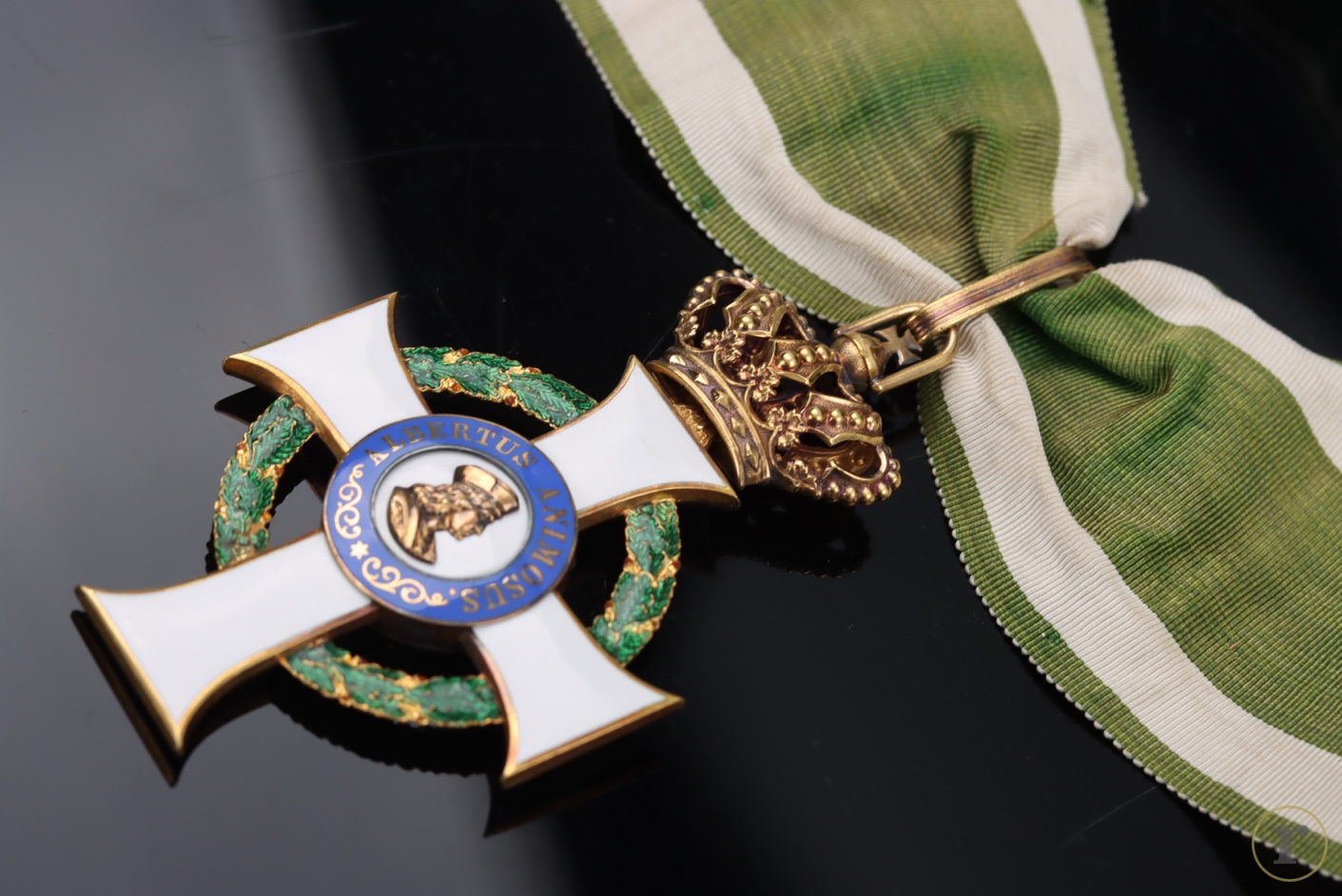 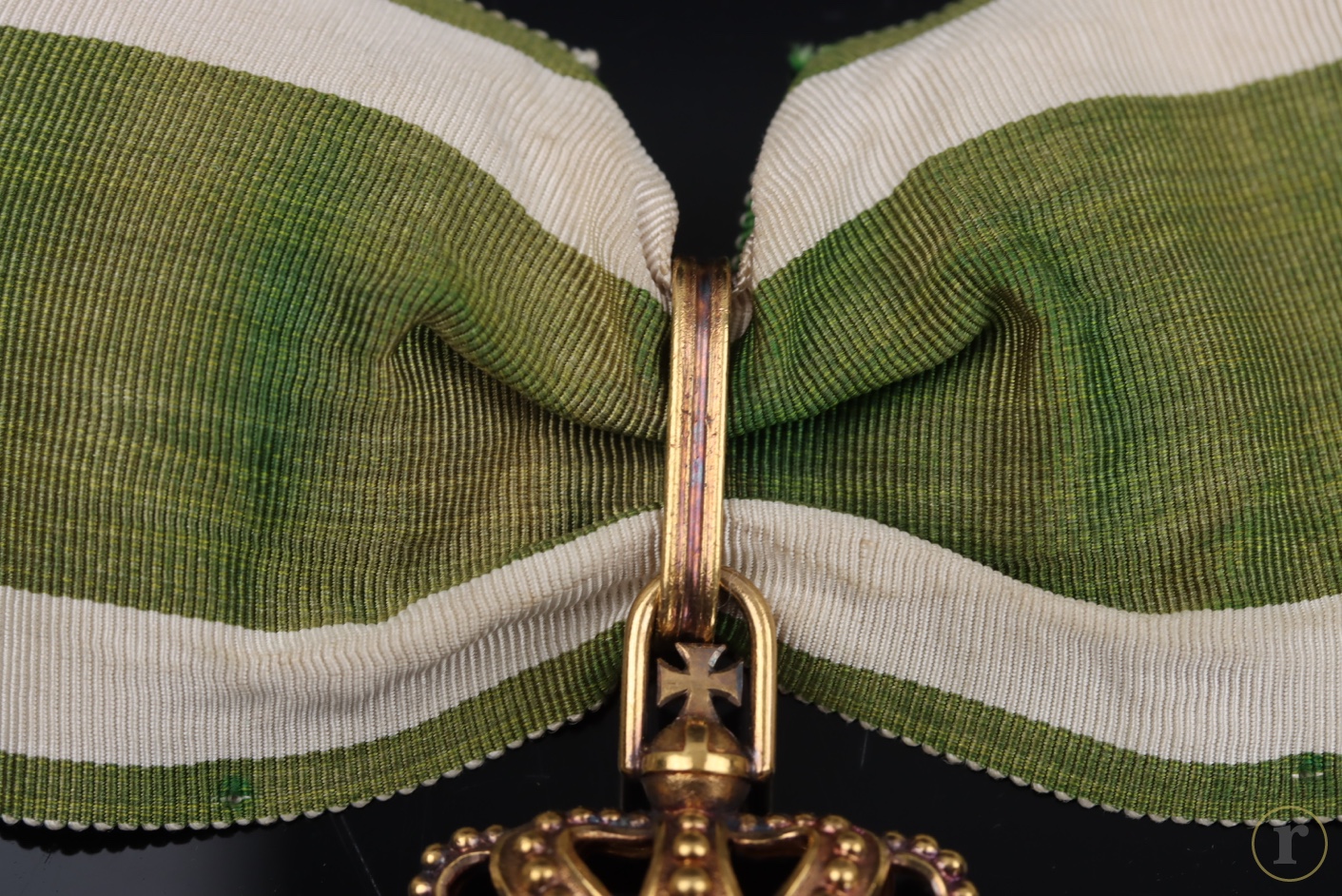 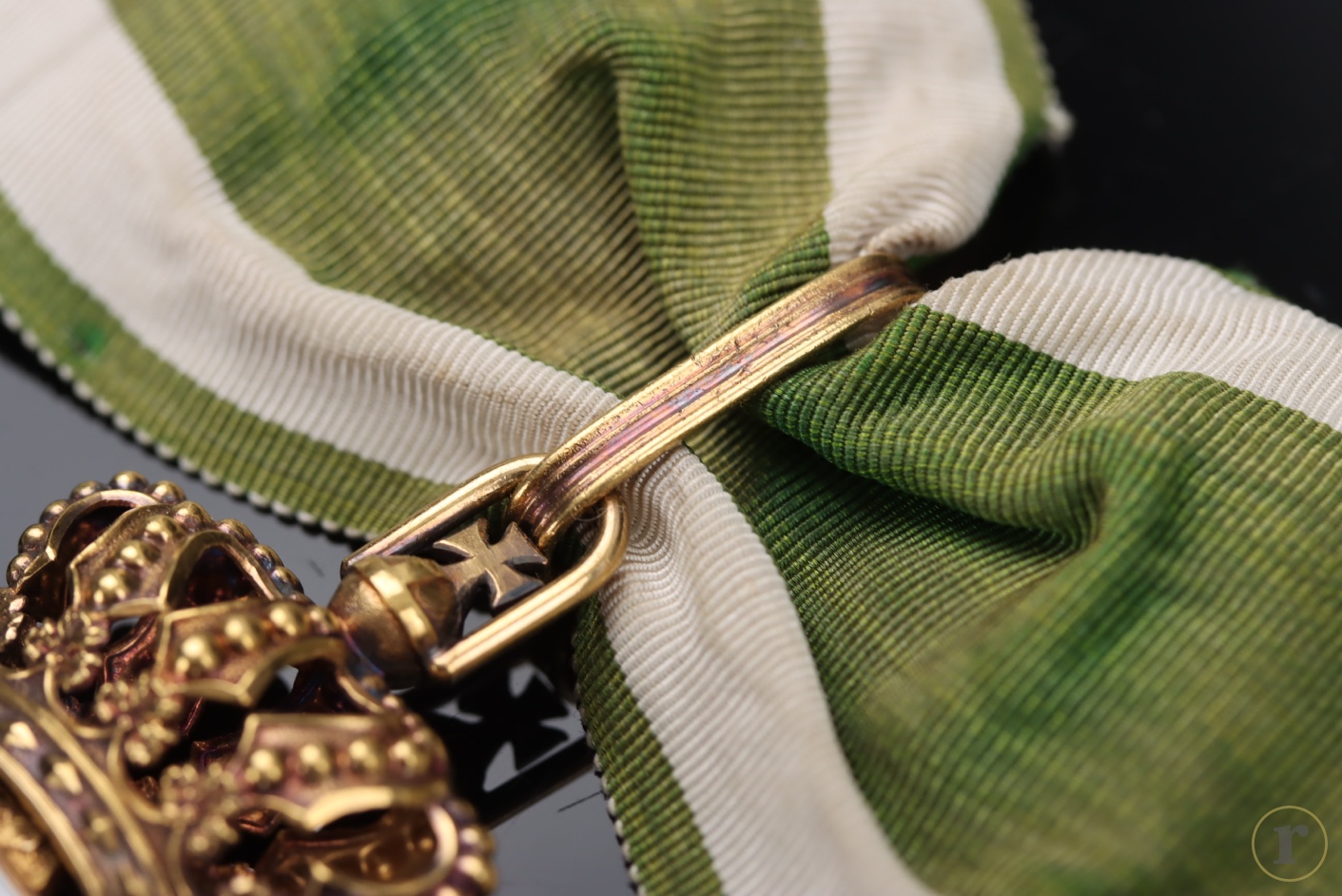 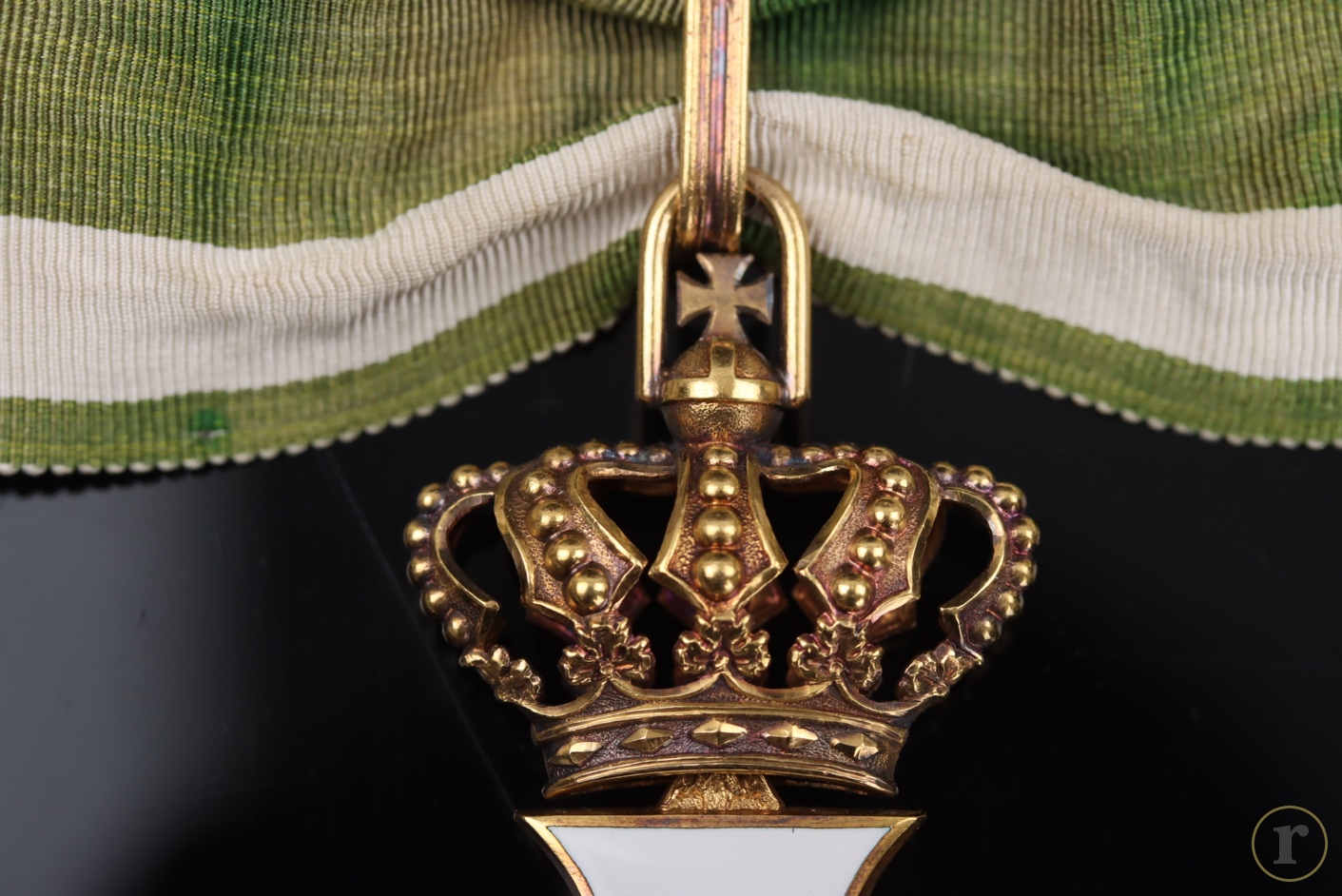 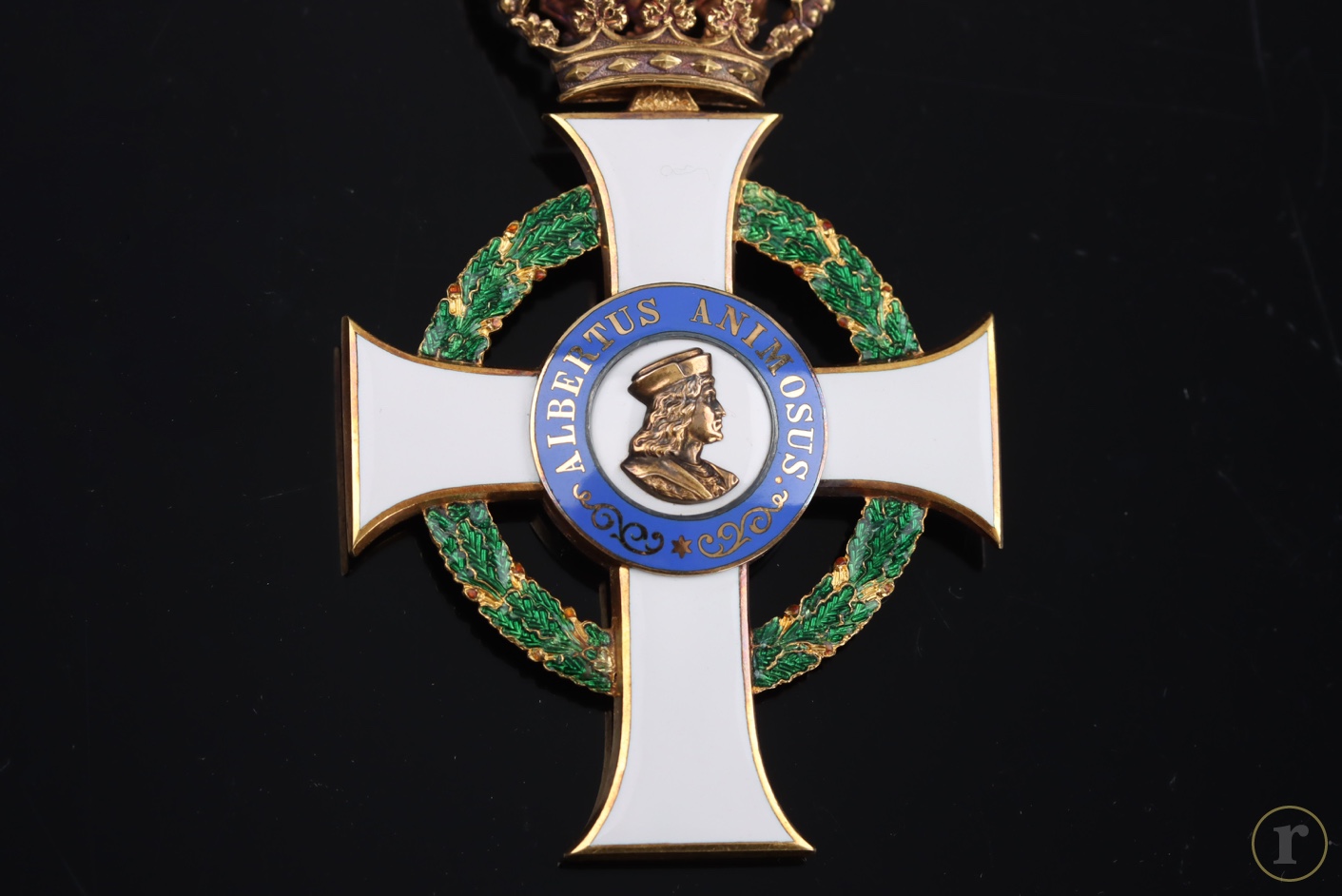 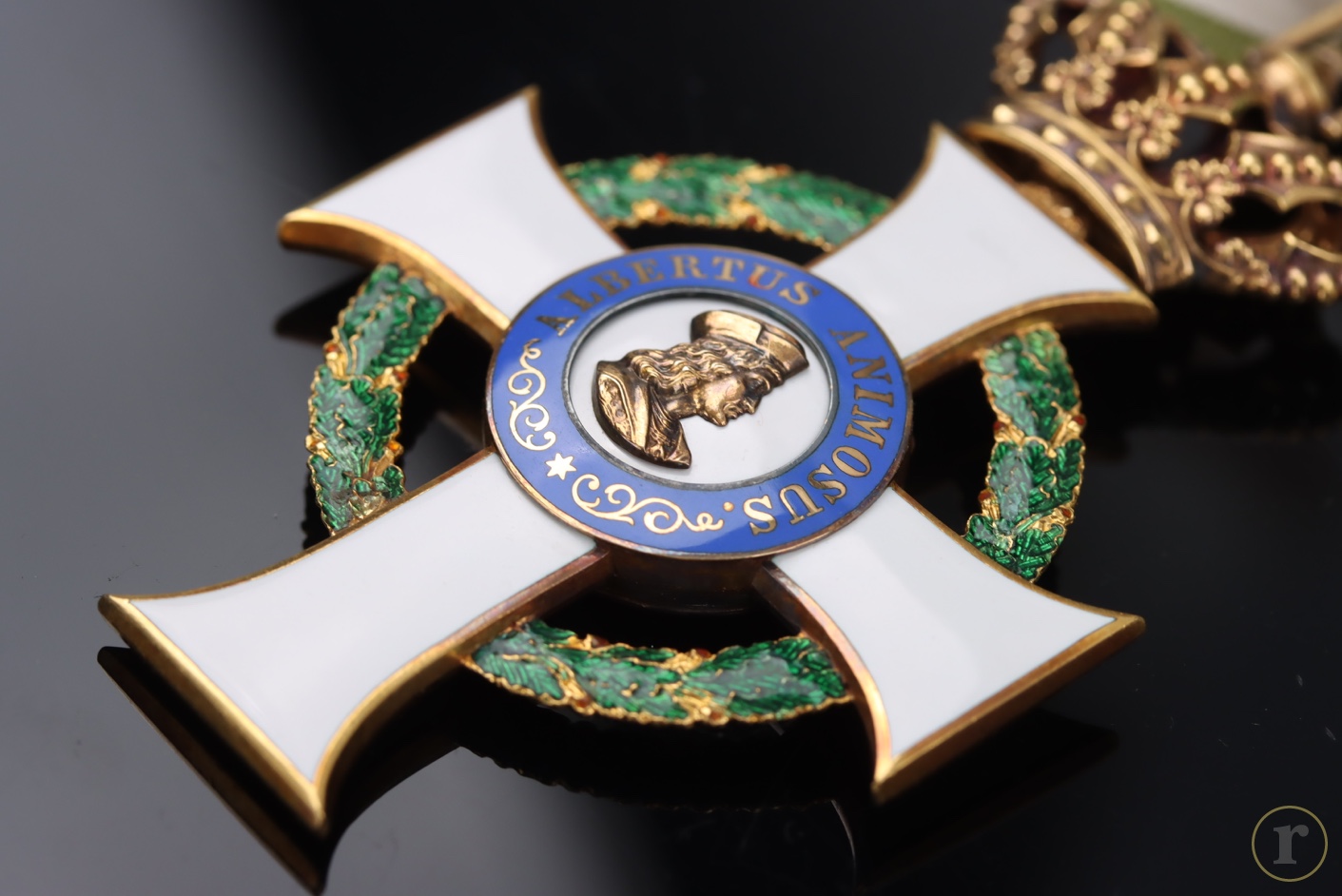 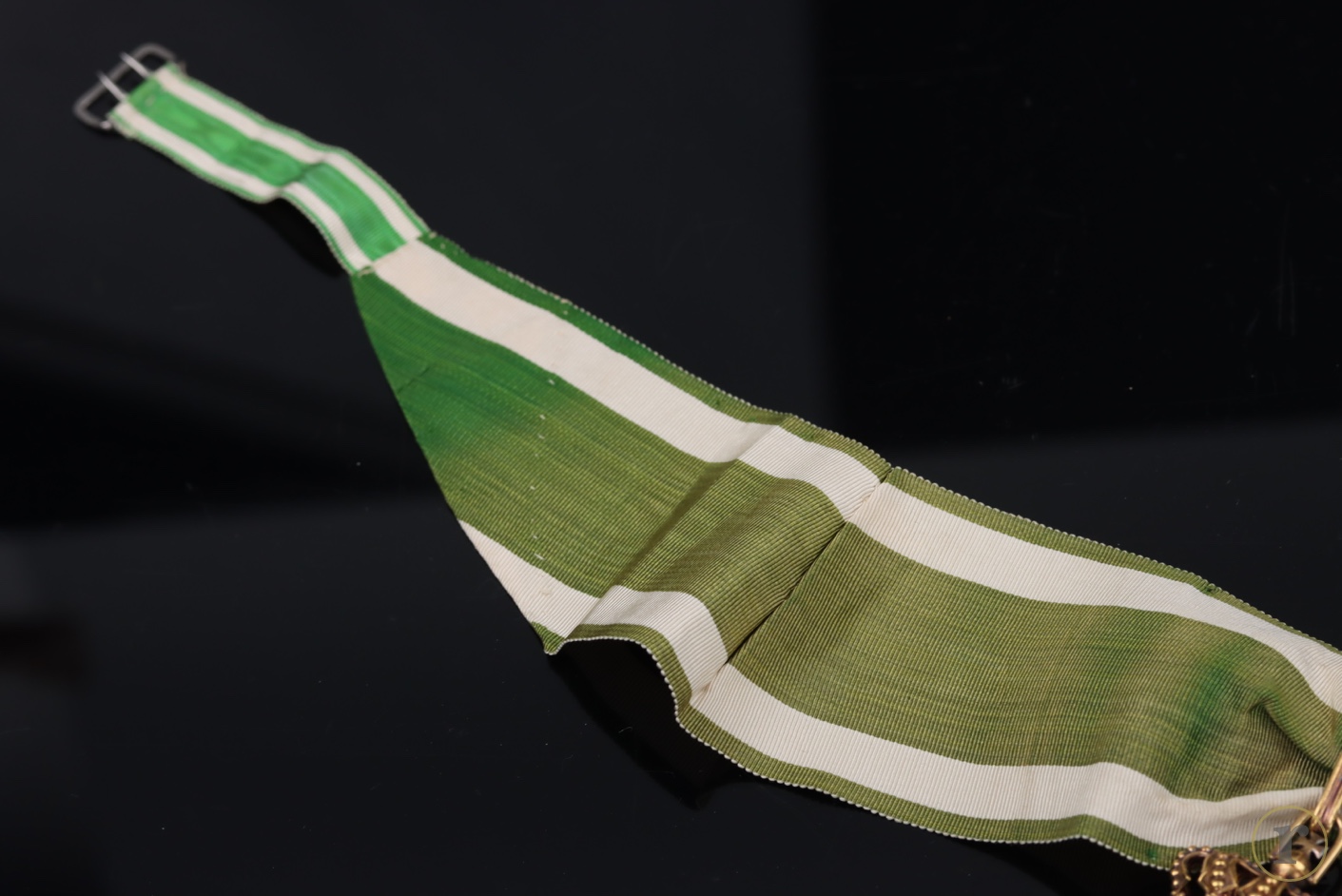 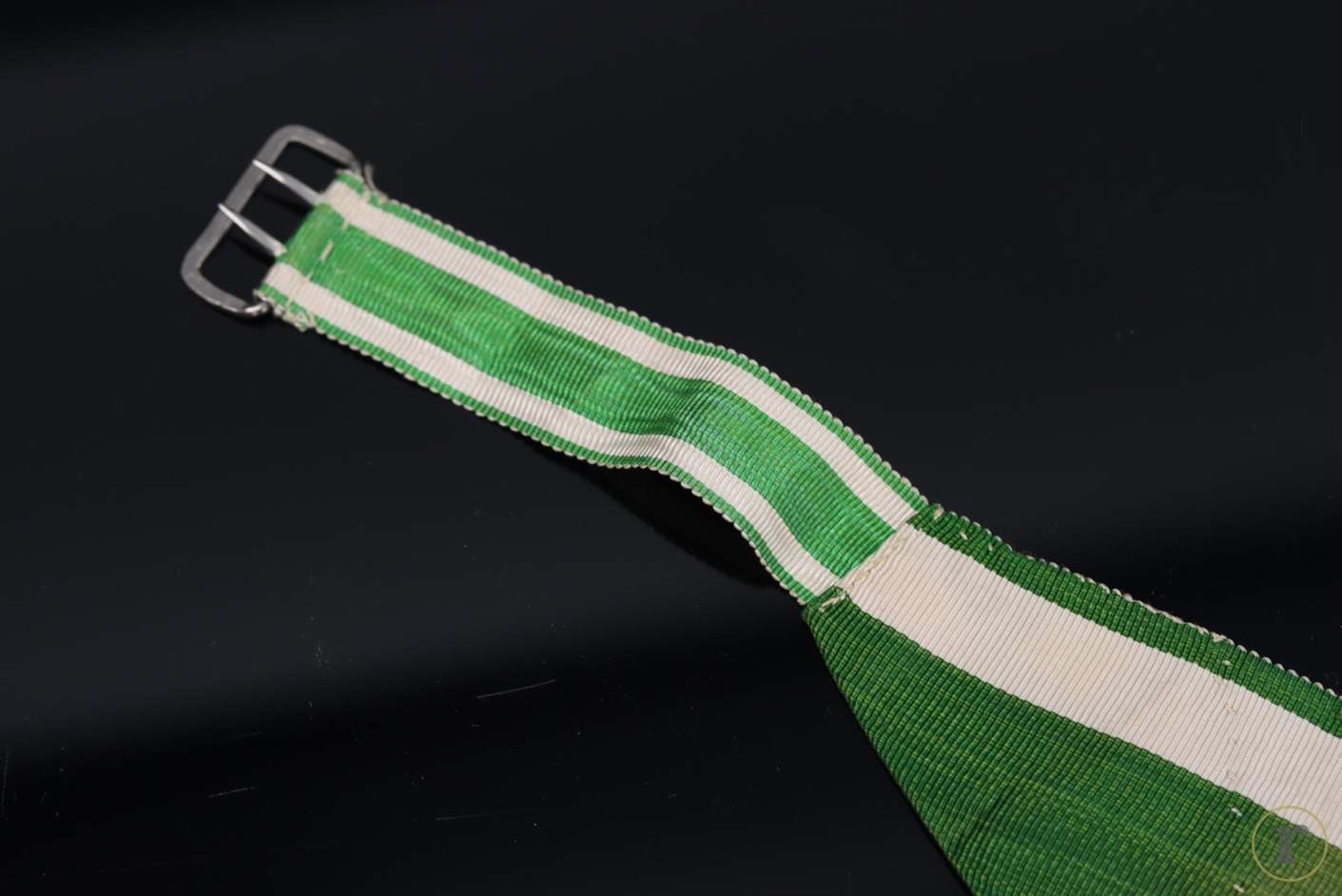 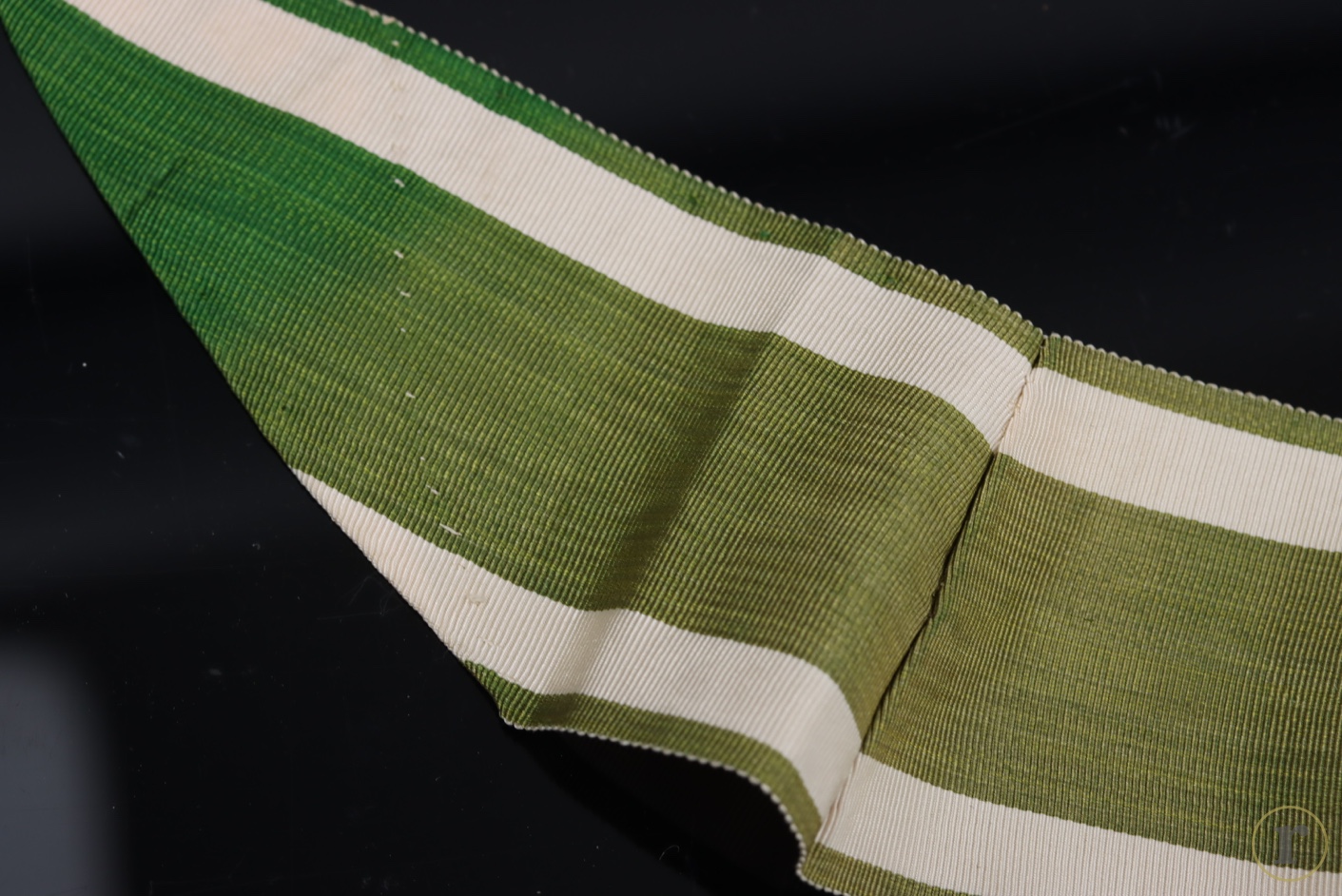 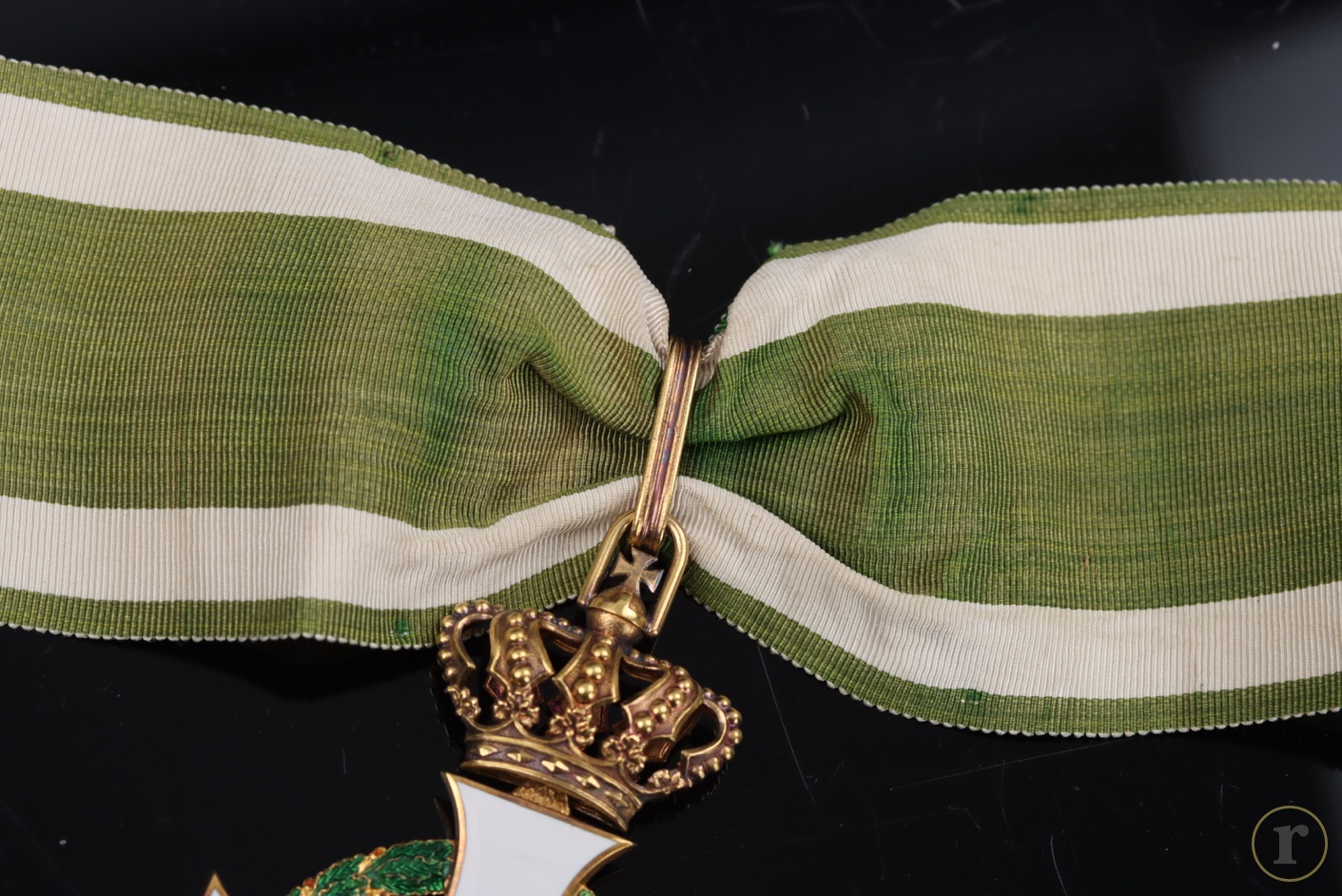 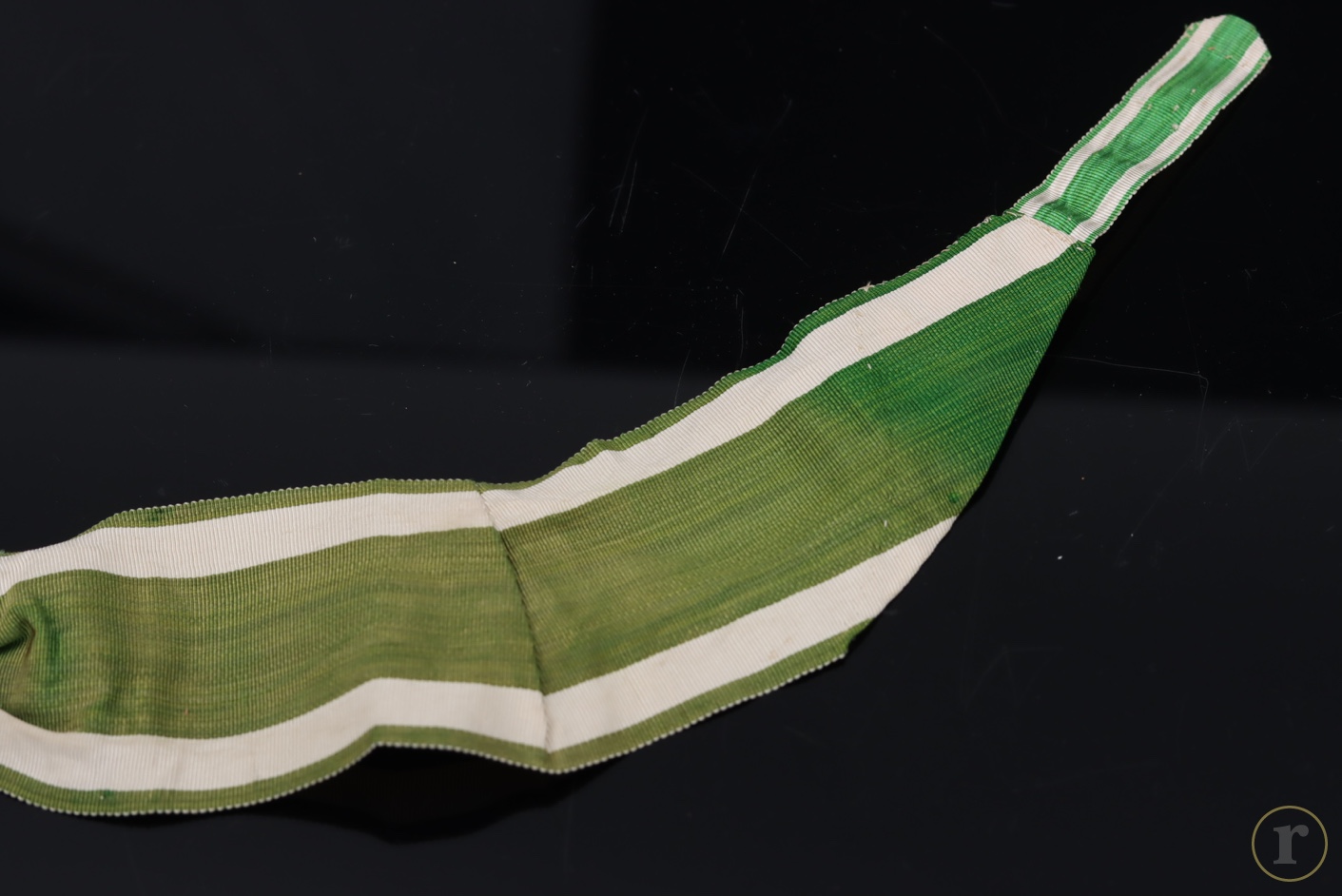 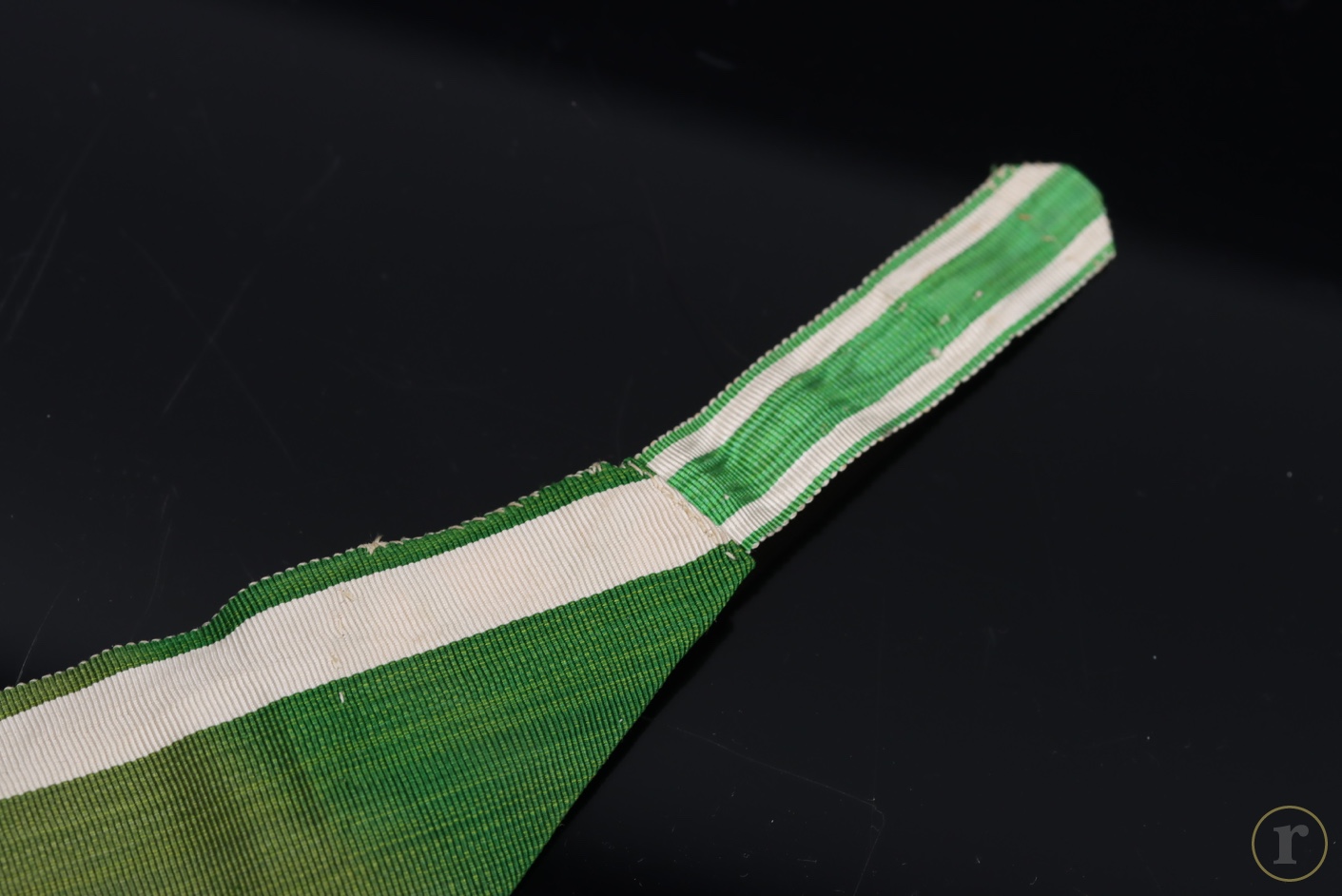 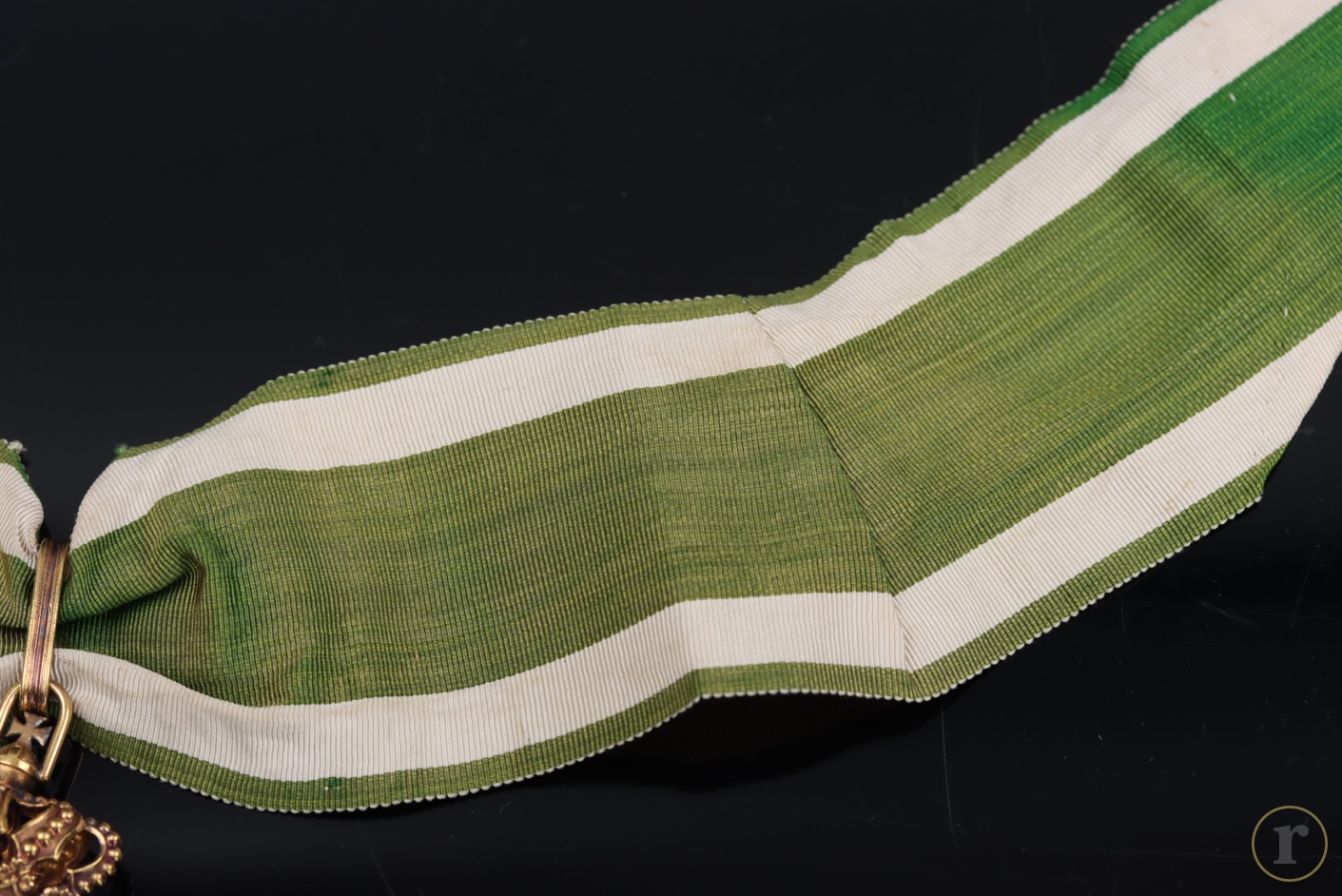 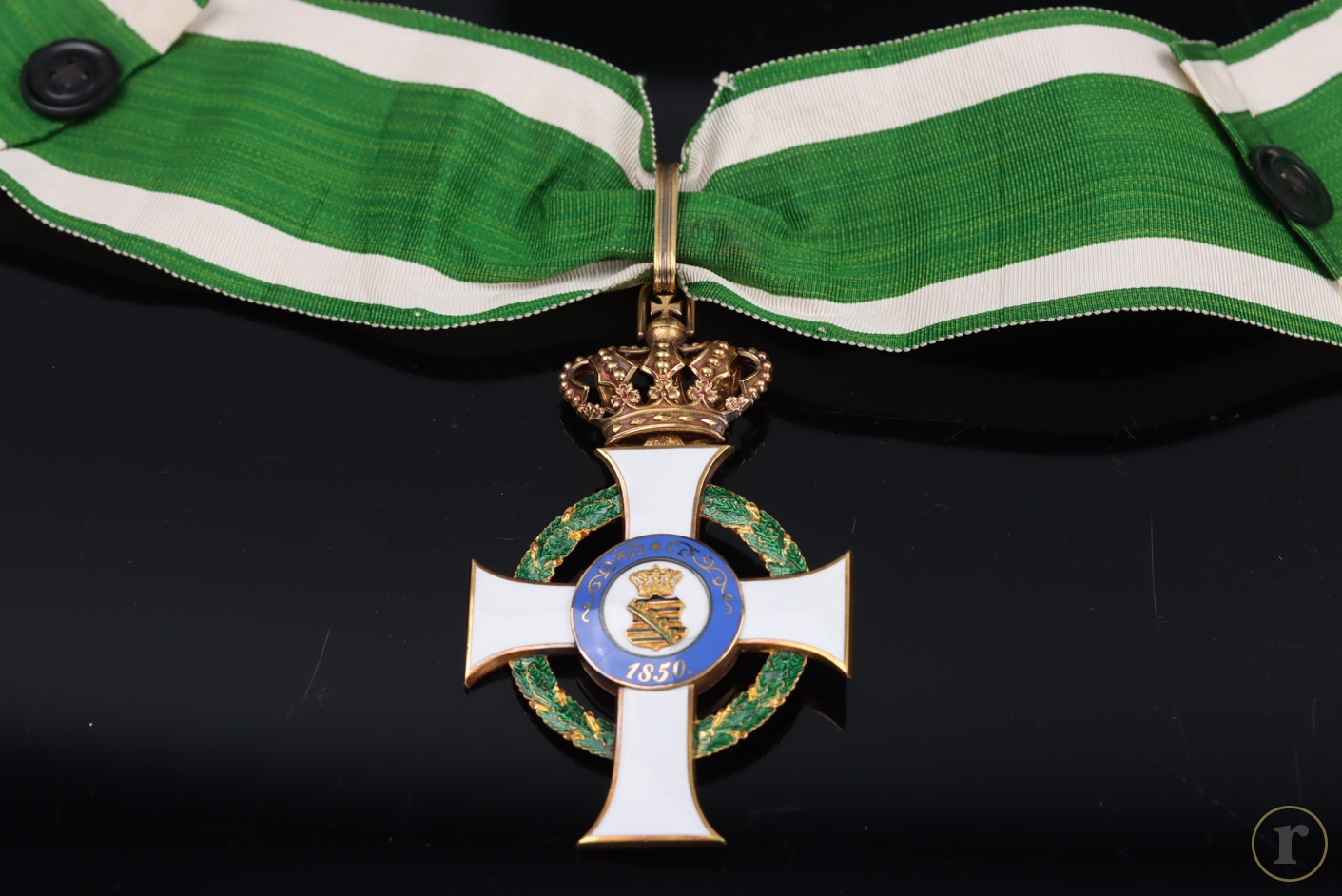 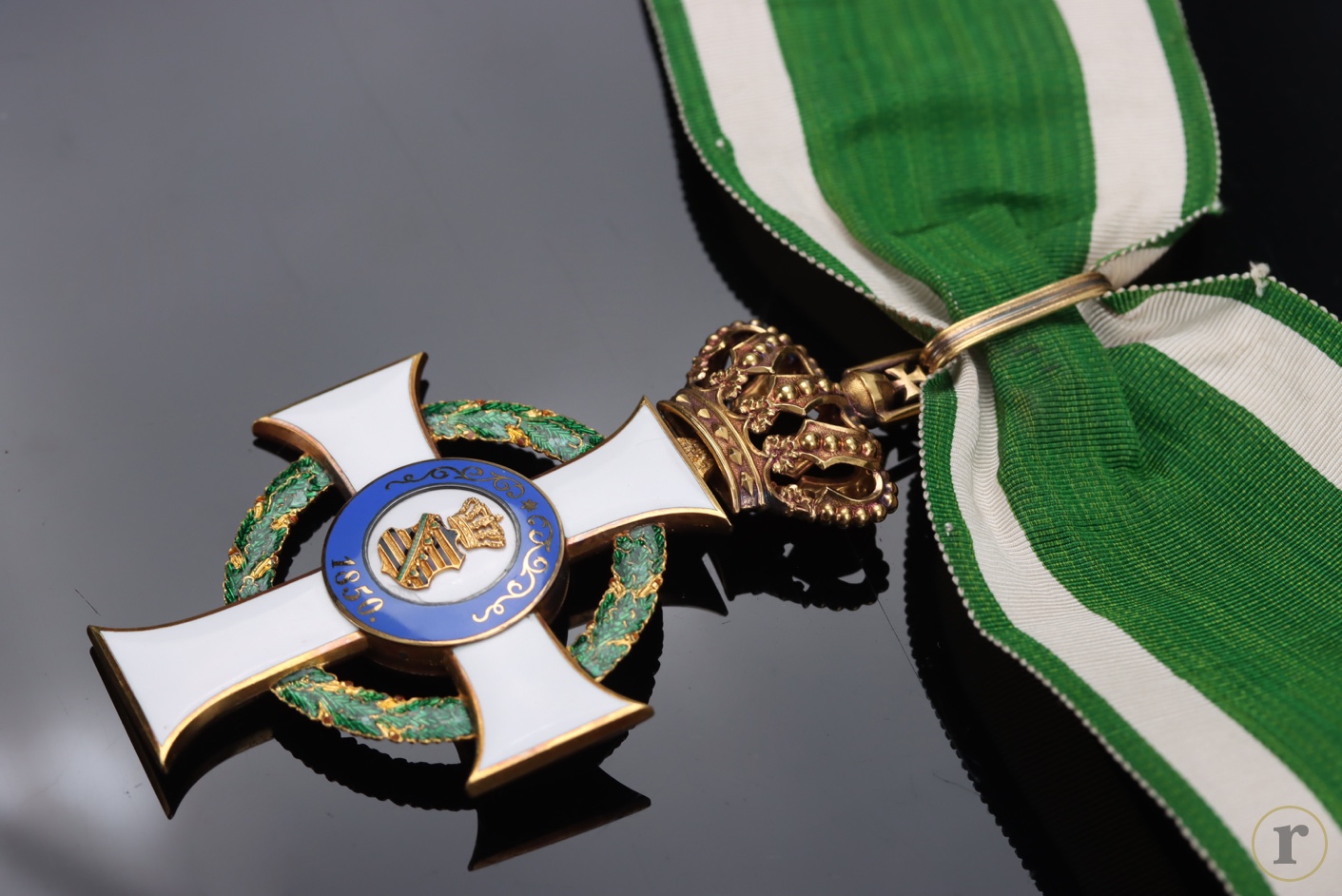 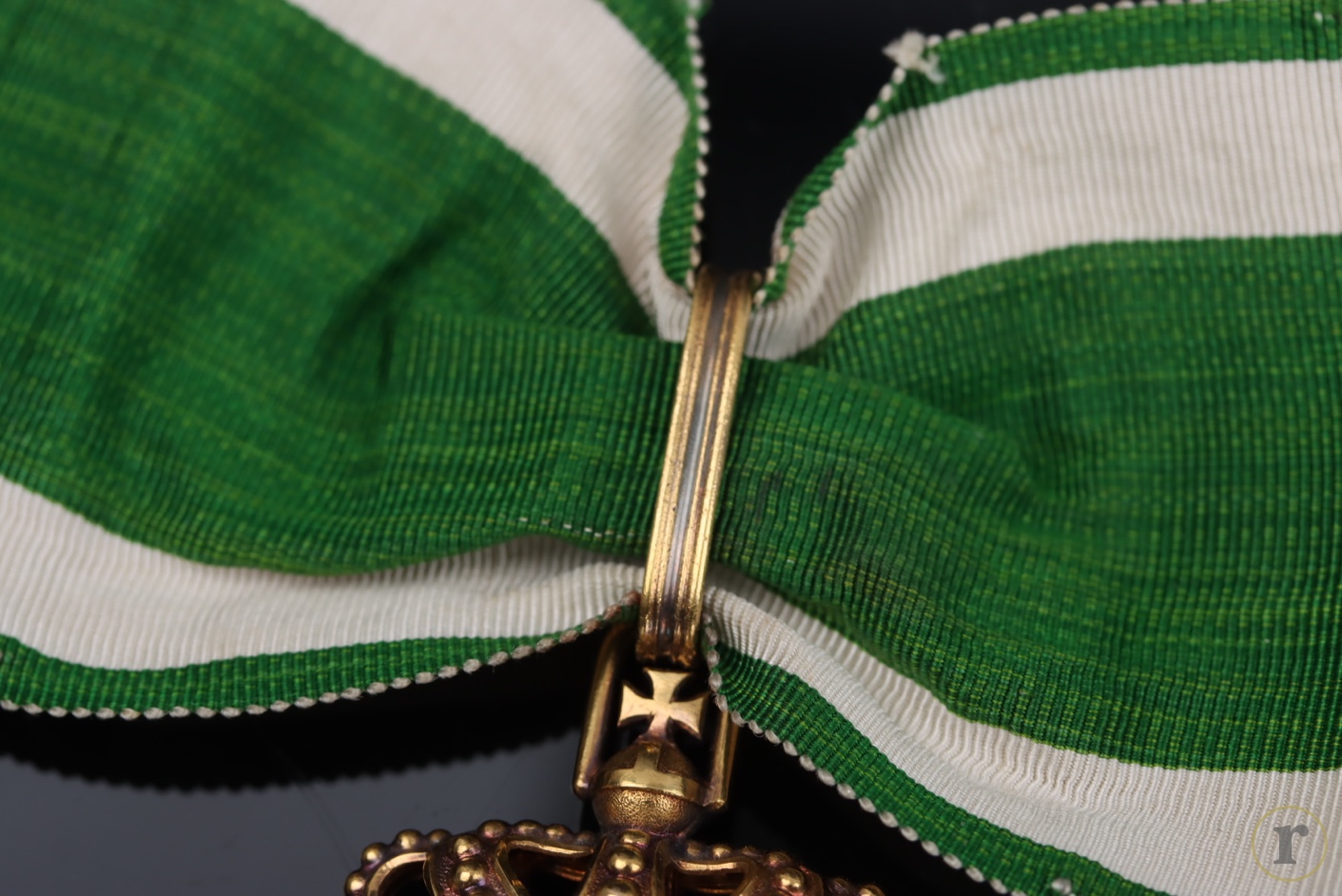 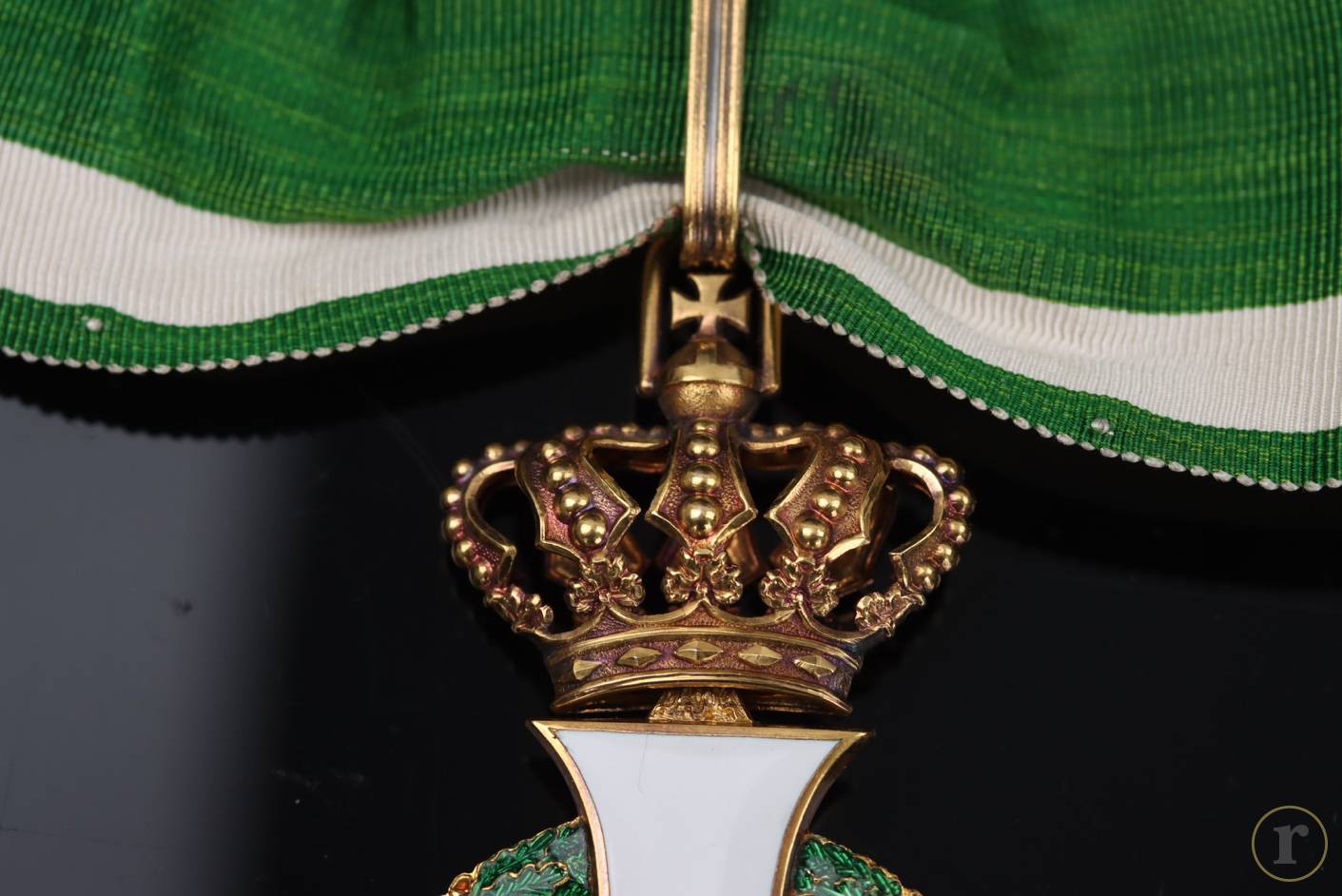 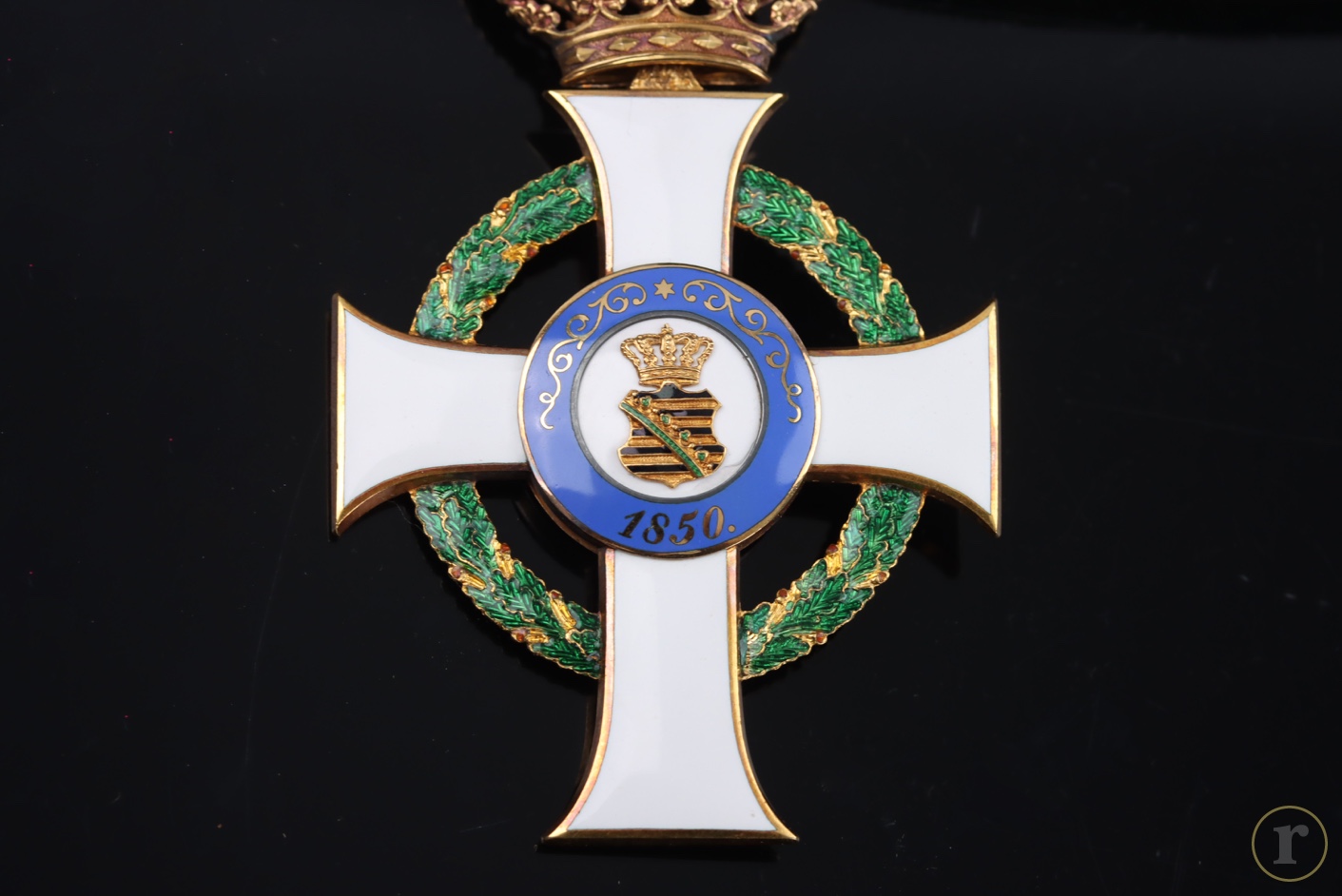 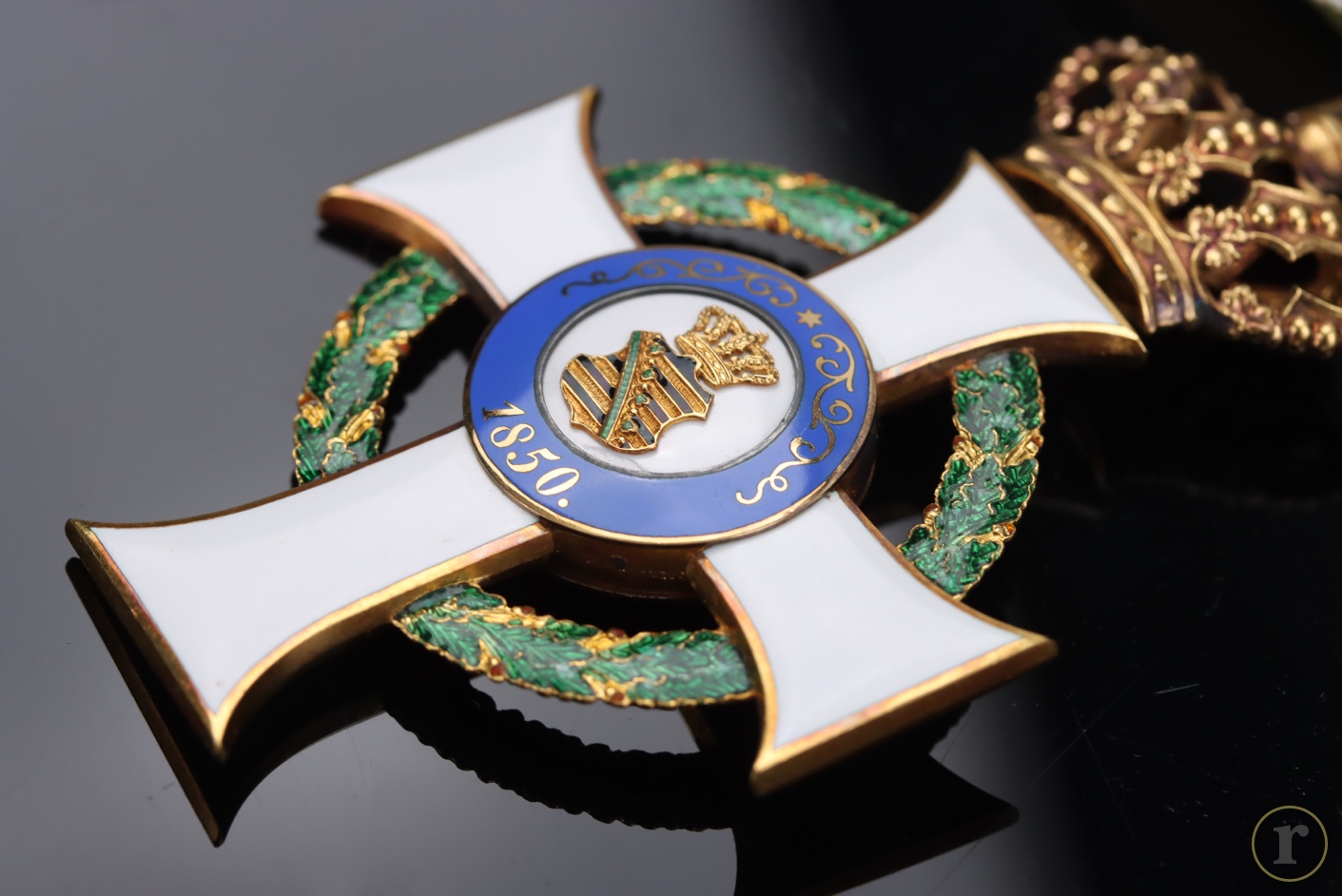 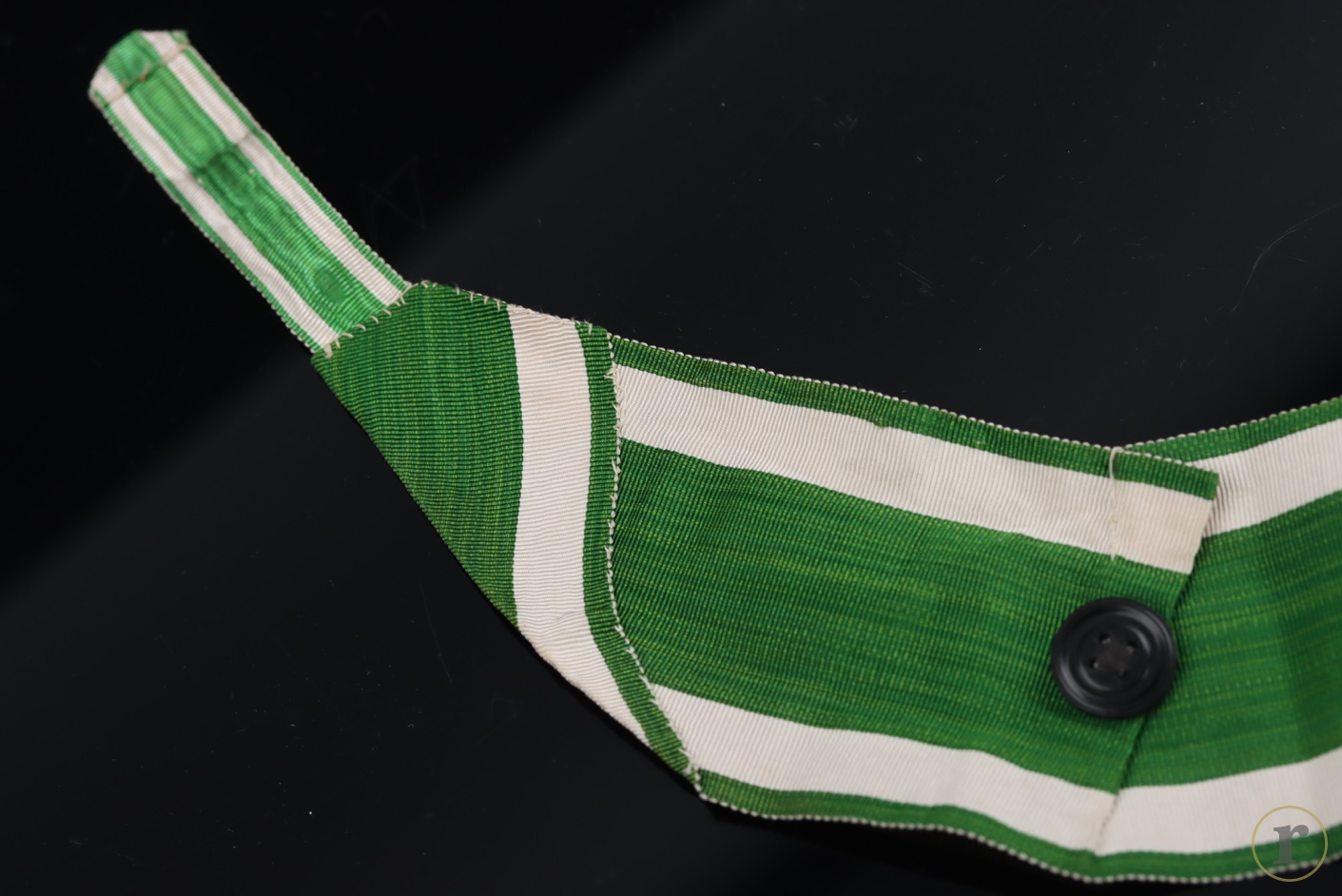 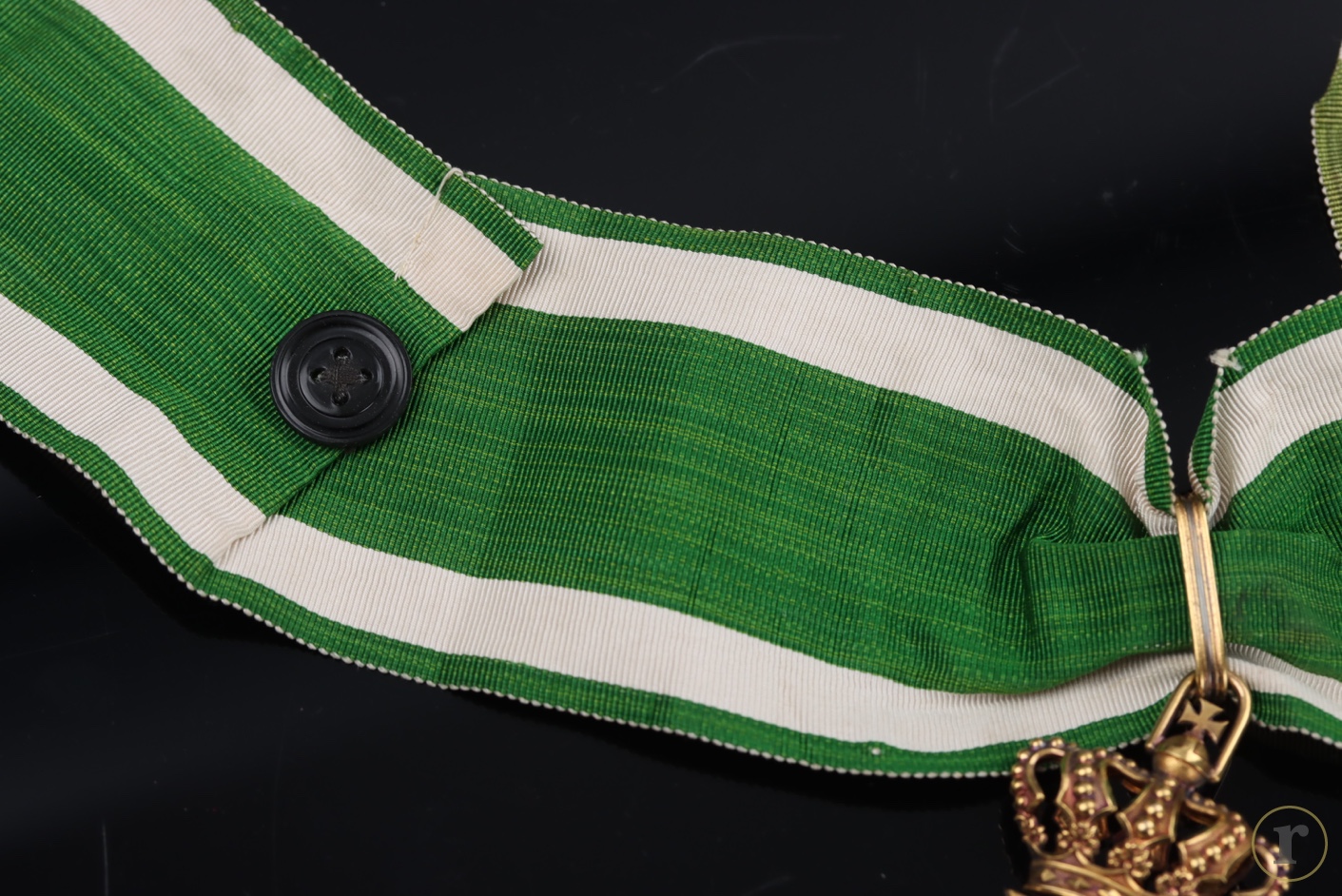 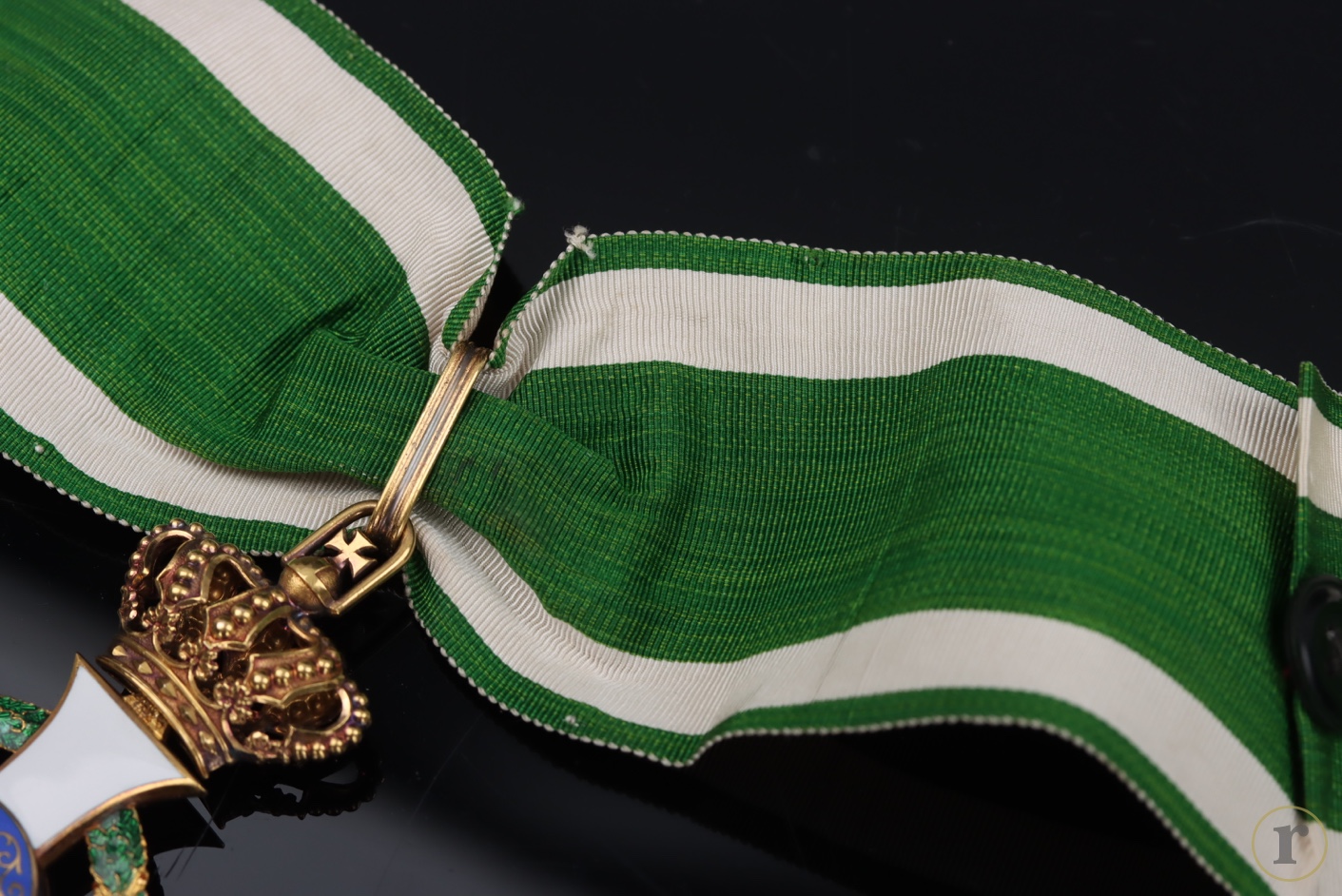 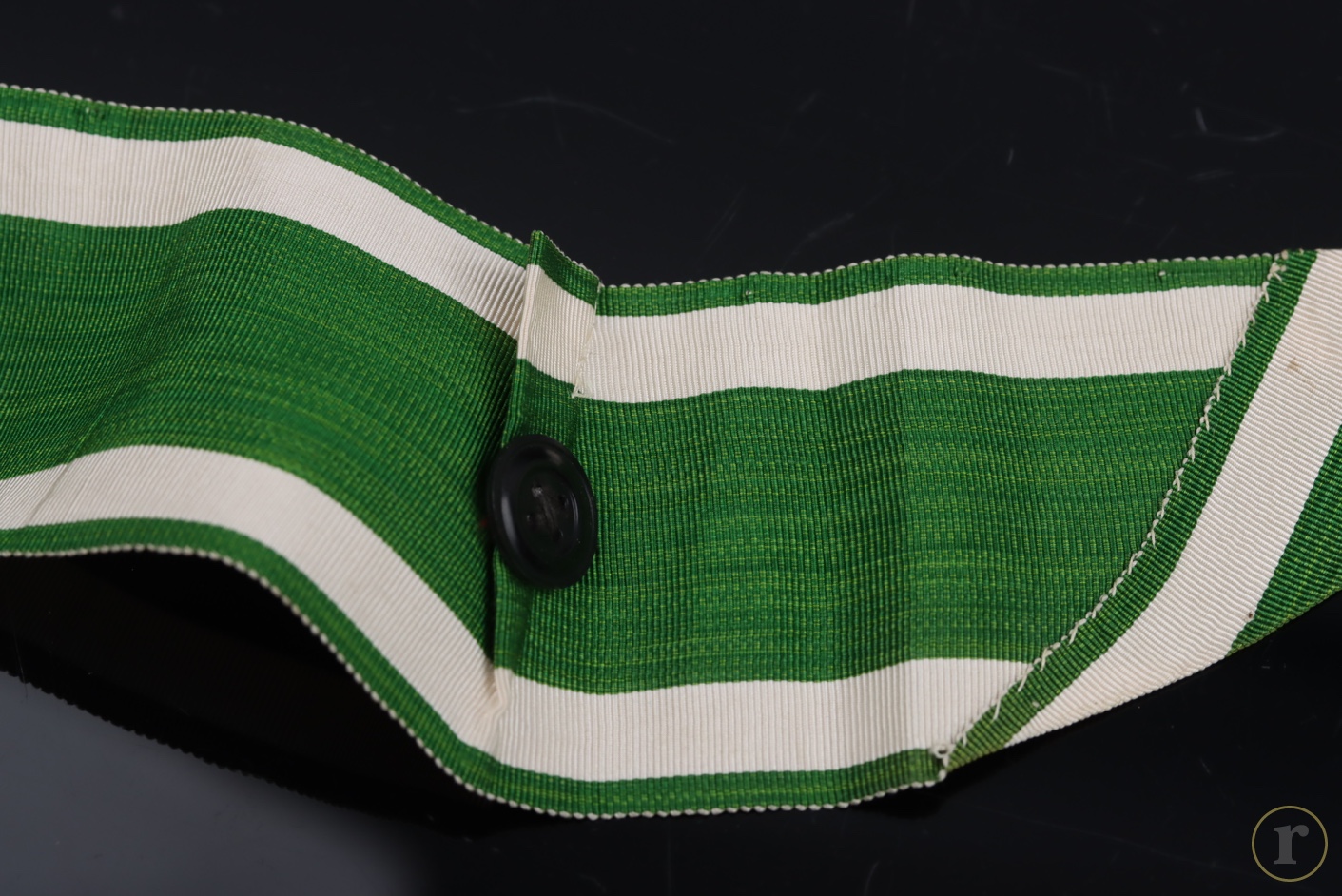 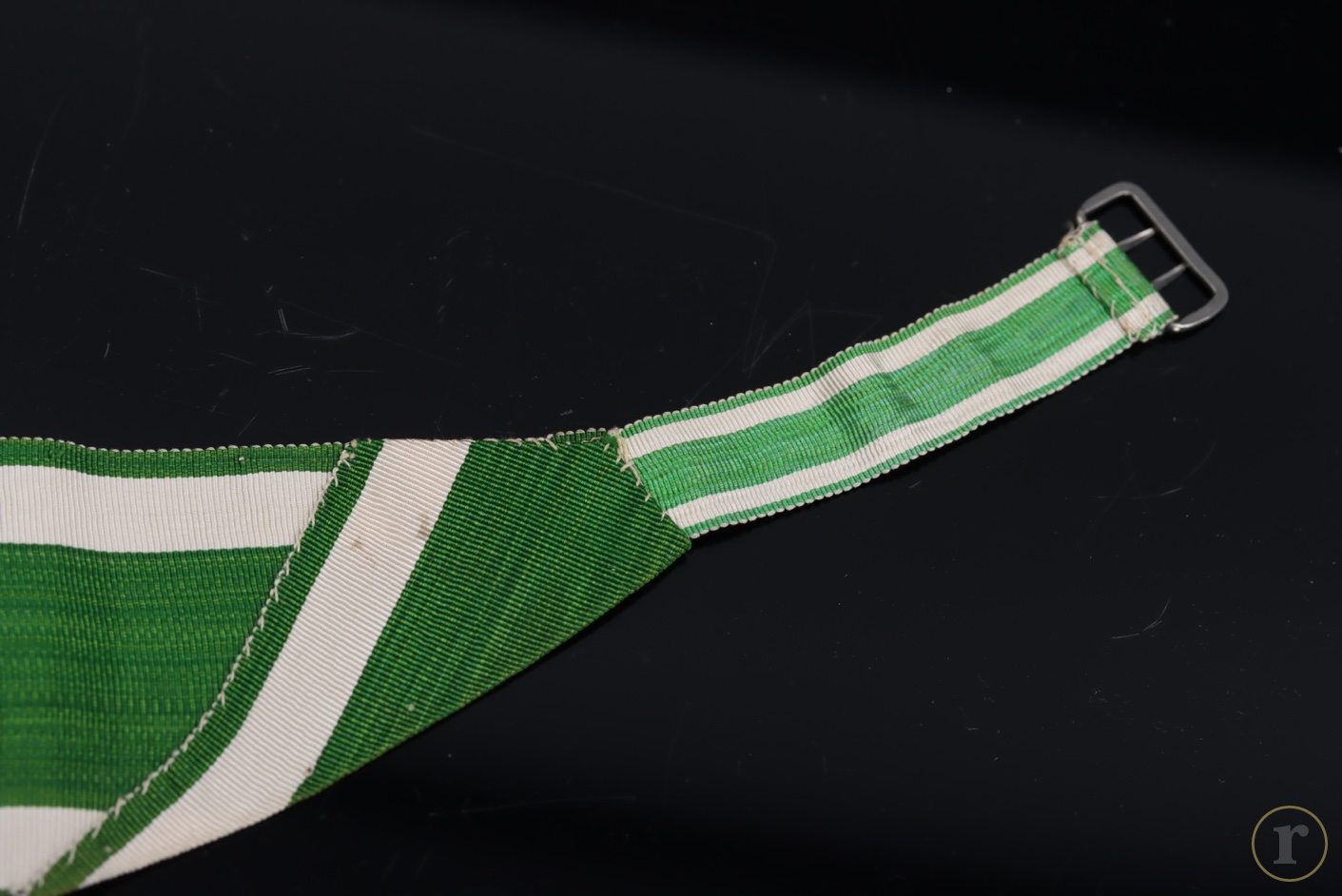