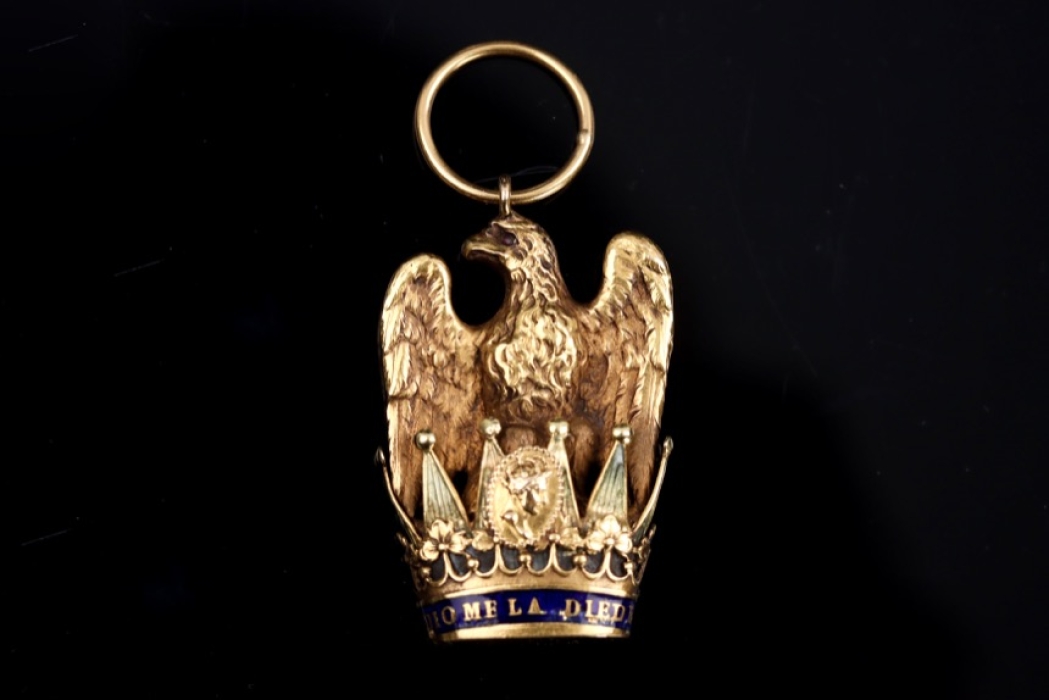 Despite the condition of some of the email a historical piece and exceedingly rare. Interesting variation of the usual found decoration with eagle head mark.

After accepting the title of King of Italy, Napoleon I (1769-1821, Emperor from 1804 to 1814/15) was crowned King on May 26, 1805, in Milan Cathedral with the so-called "Iron Crown of Monza", making it the symbol of his kingdom. By royal decree of June 5, only a few days later, he founded the three-class (dignitary, commander, and knight) order as a reward for "services rendered to the crown" of a military, magistral, administrative and artistic nature.

After the "Kingdom" of Lombardo-Veneto had become Austrian in 1815 because of the Congress of Vienna, the knights of the order, which had been effectively extinguished by Napoleon's abdication, were asked in the same year to hand over their "French" insignia to the Austrian authorities. In return, they received the insignia of the Austrian Imperial Order of the Iron Crown, newly established by Emperor Franz I (1768-1835, Roman Emperor from 1794 to 1806, Emperor of Austria since 1804) on February 12, 1816, as a three-class general order of merit, which they were allowed to wear from then on. 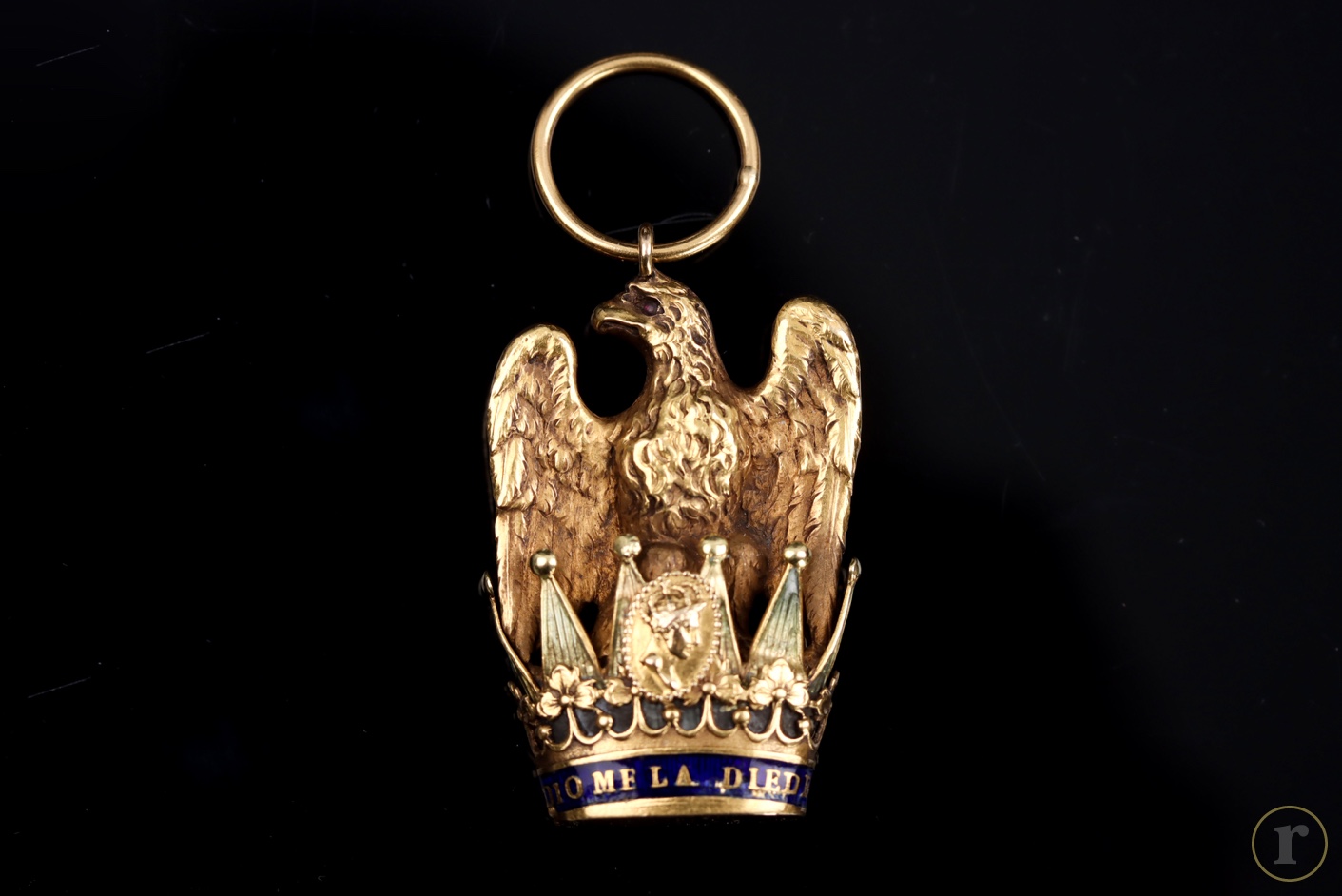 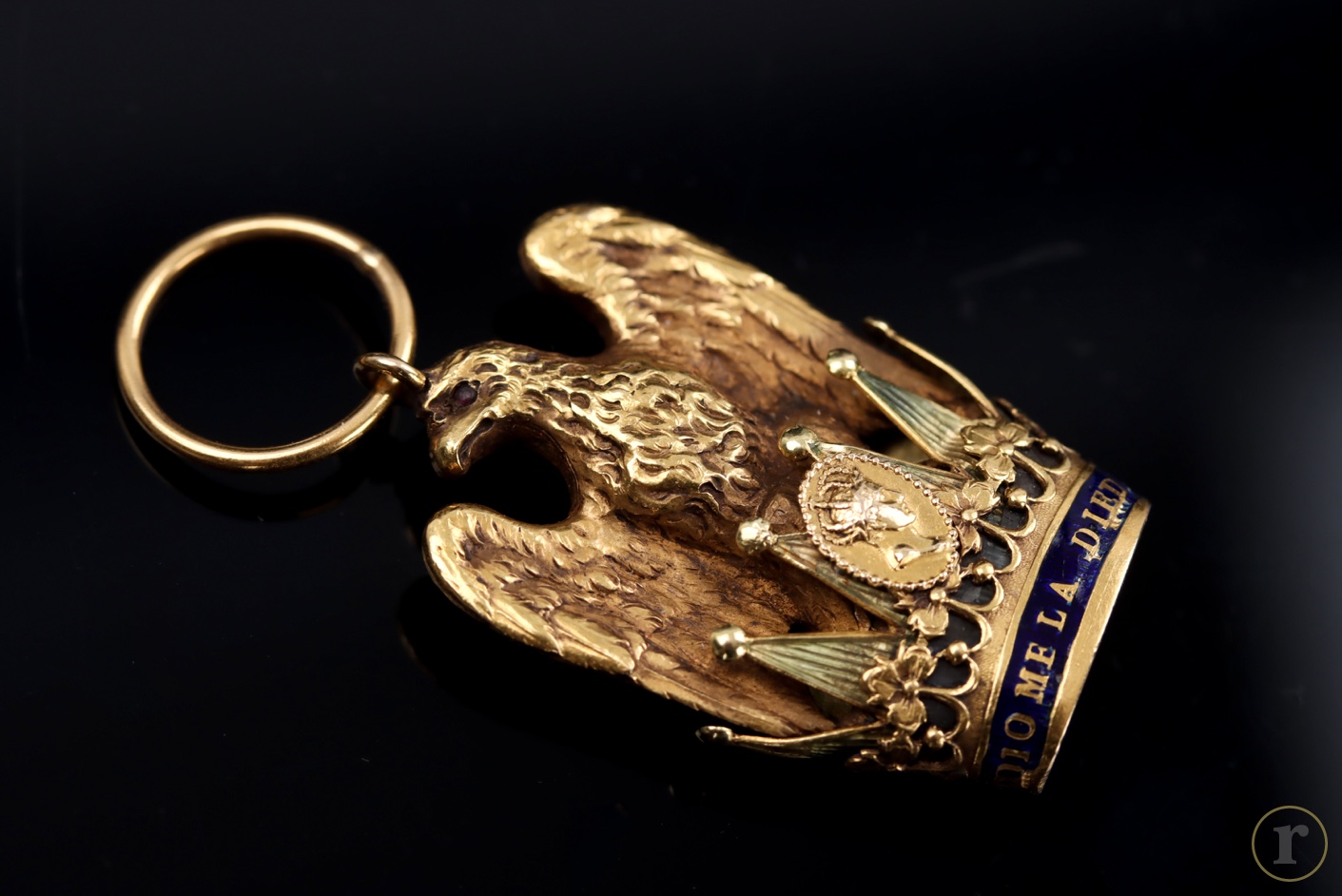 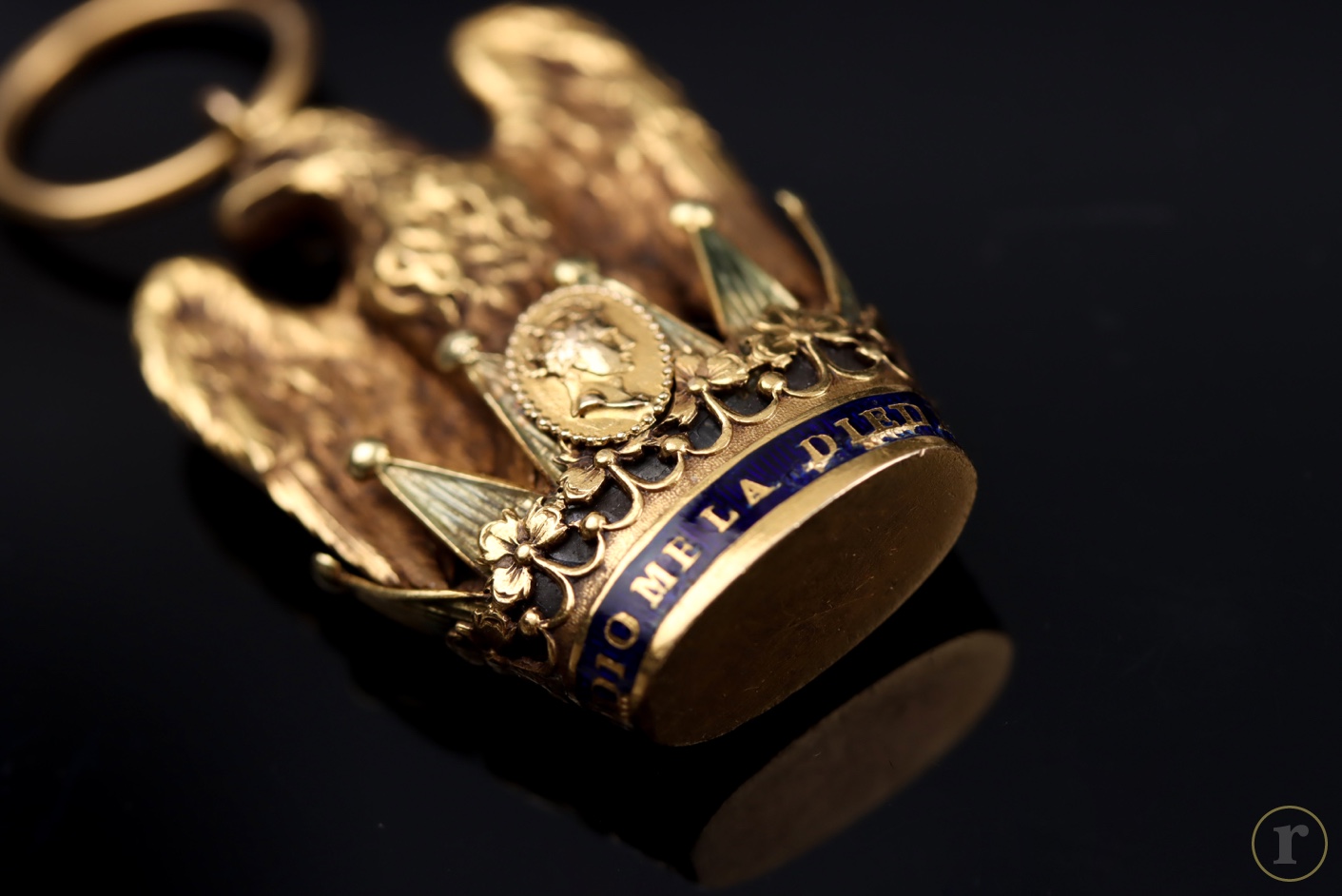 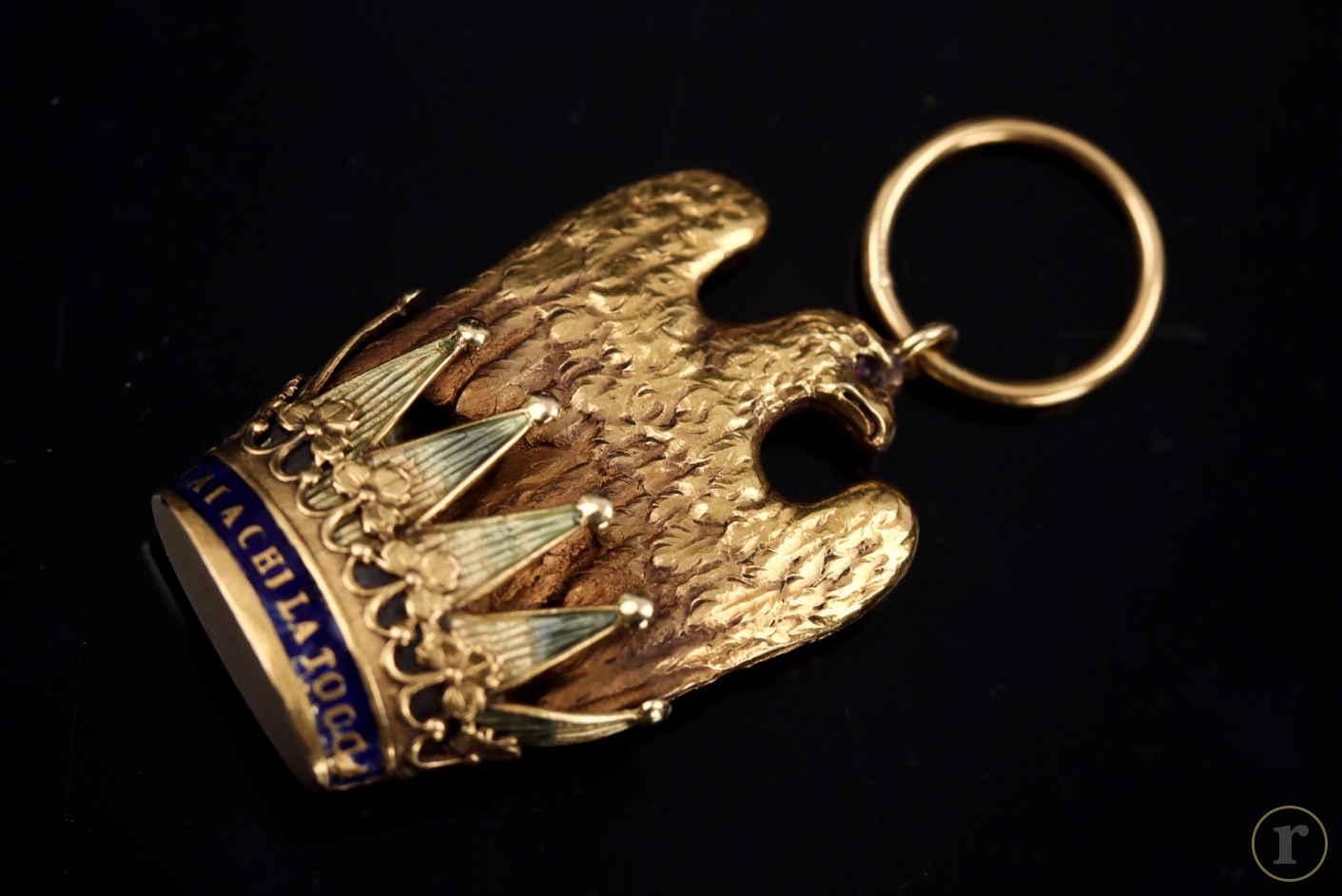