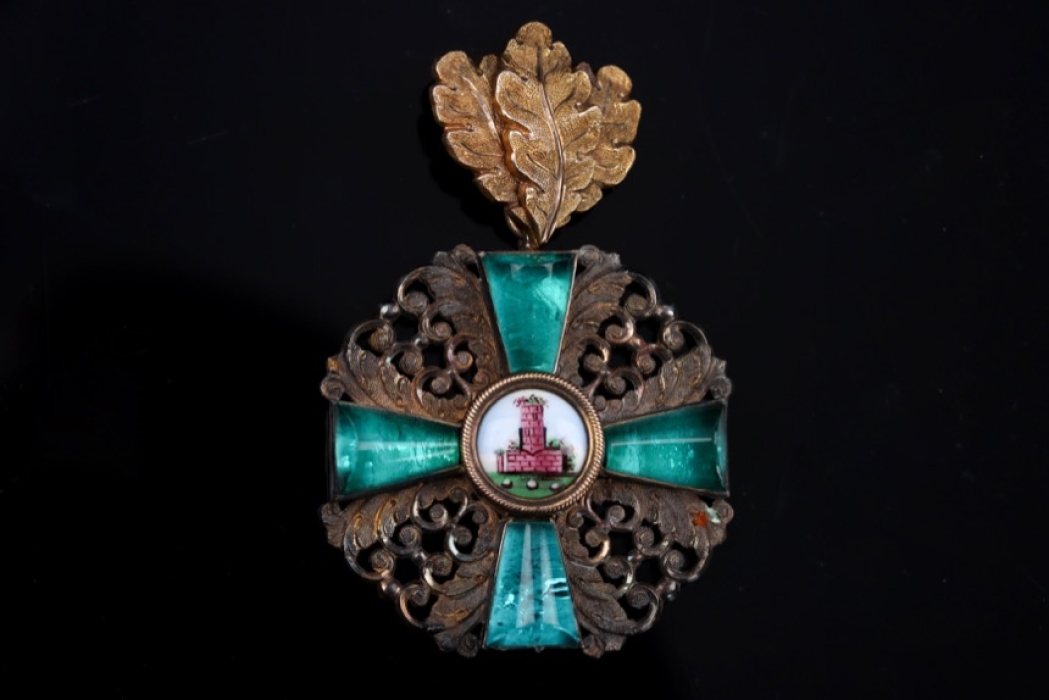 Knight's Cross 2nd class with oak leaves of the Grand Duchy of Baden Order of the Zähringer Lion. Made from silver, the oak leaves are made from real gold. The gold content is scratched on the reverse "333" for “8- löthiges“gold. On the ribbon ring of the oak leaf an additional gold content mark and "B" for the manufacturer Bertsch. The oak leaves can be assigned to the 2nd model (without the "L"), here the 2nd version, hollow pressed with a slightly downward offset middle leaf, which suggests an award until the 1880s. Finely painted central medallion, the cross arms with green glass inserts. Most beautiful oak leaf cluster one can find for this model.

A total of 1452 crosses have been awarded in this class. Cross in very good condition with very nice appearance. 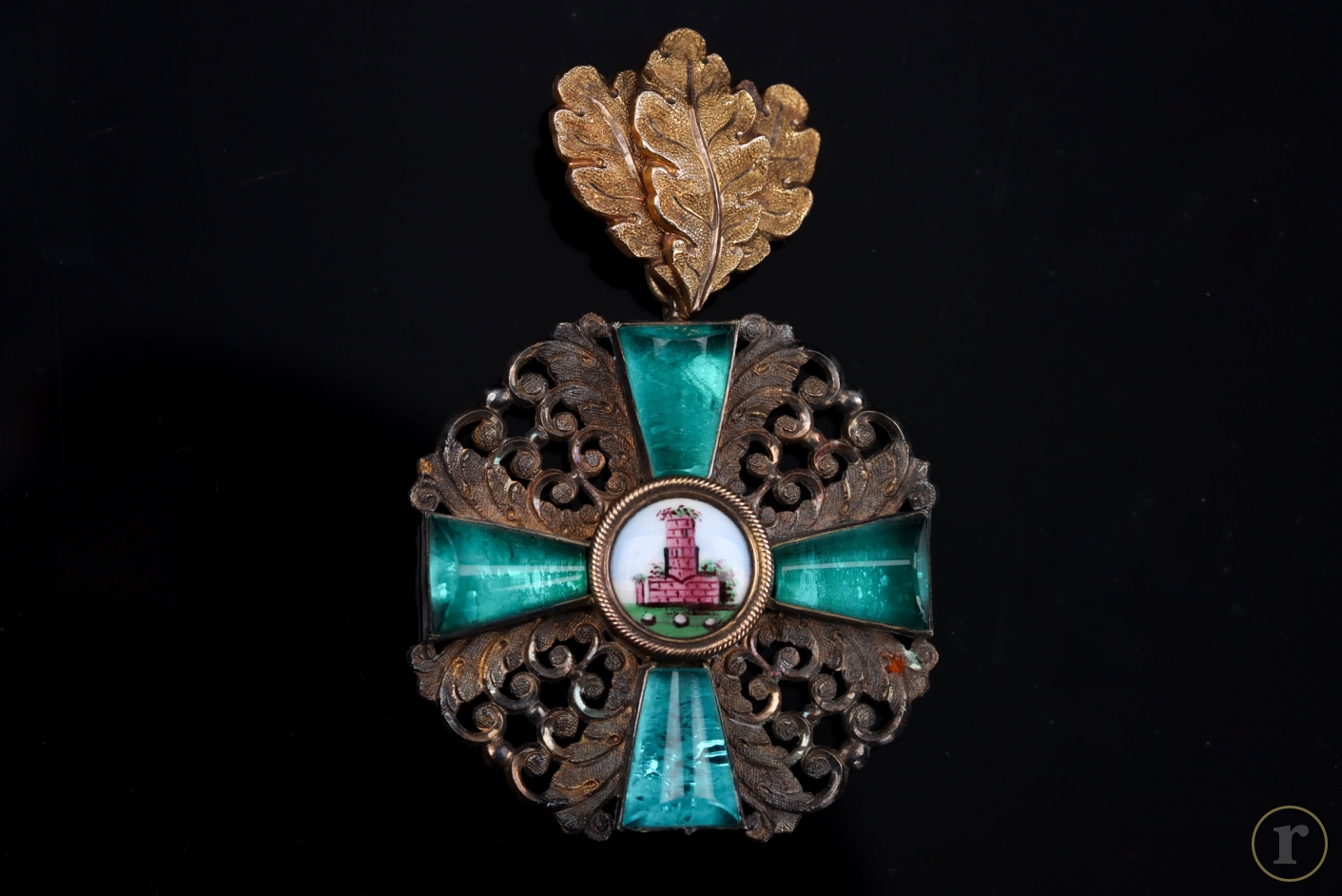 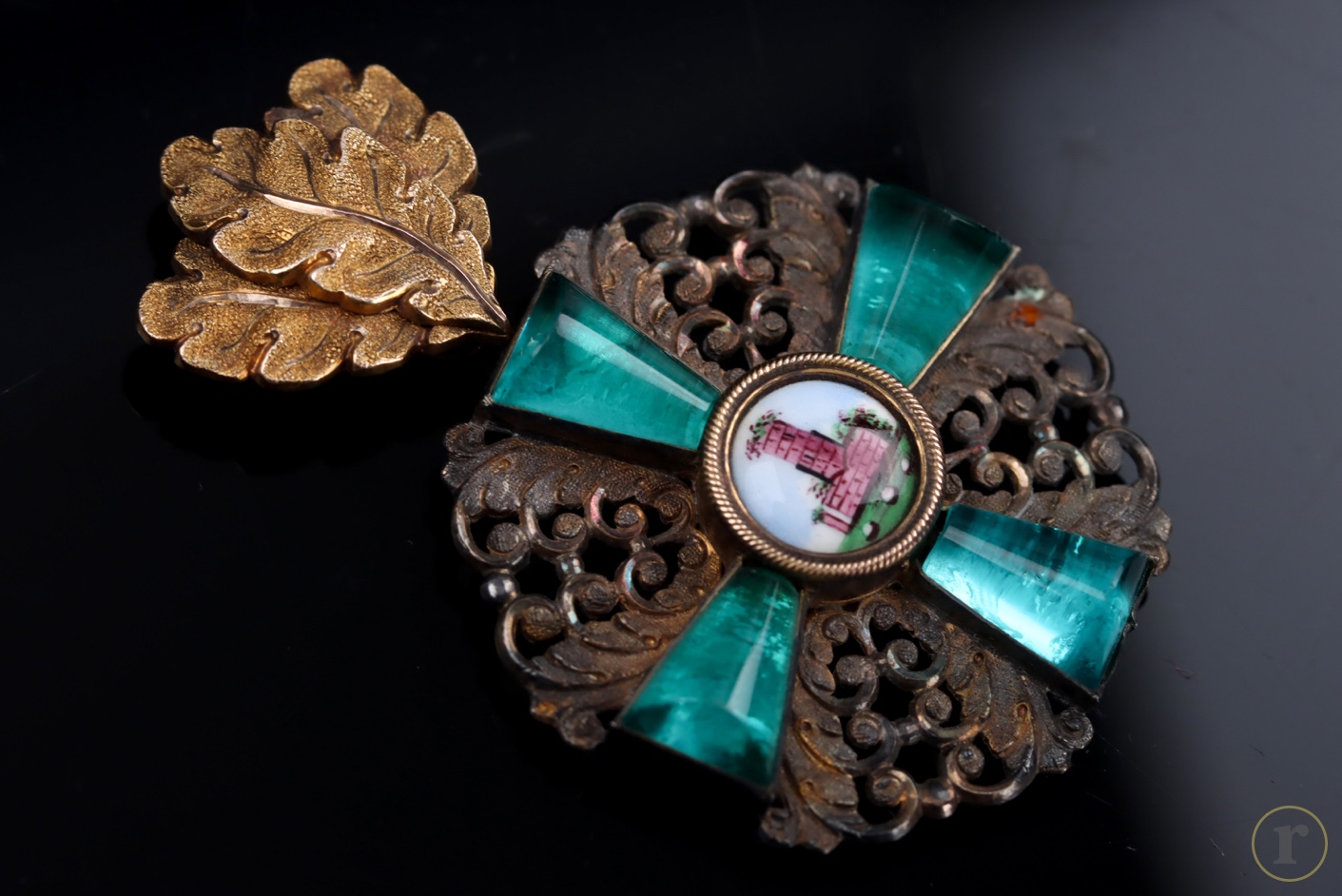 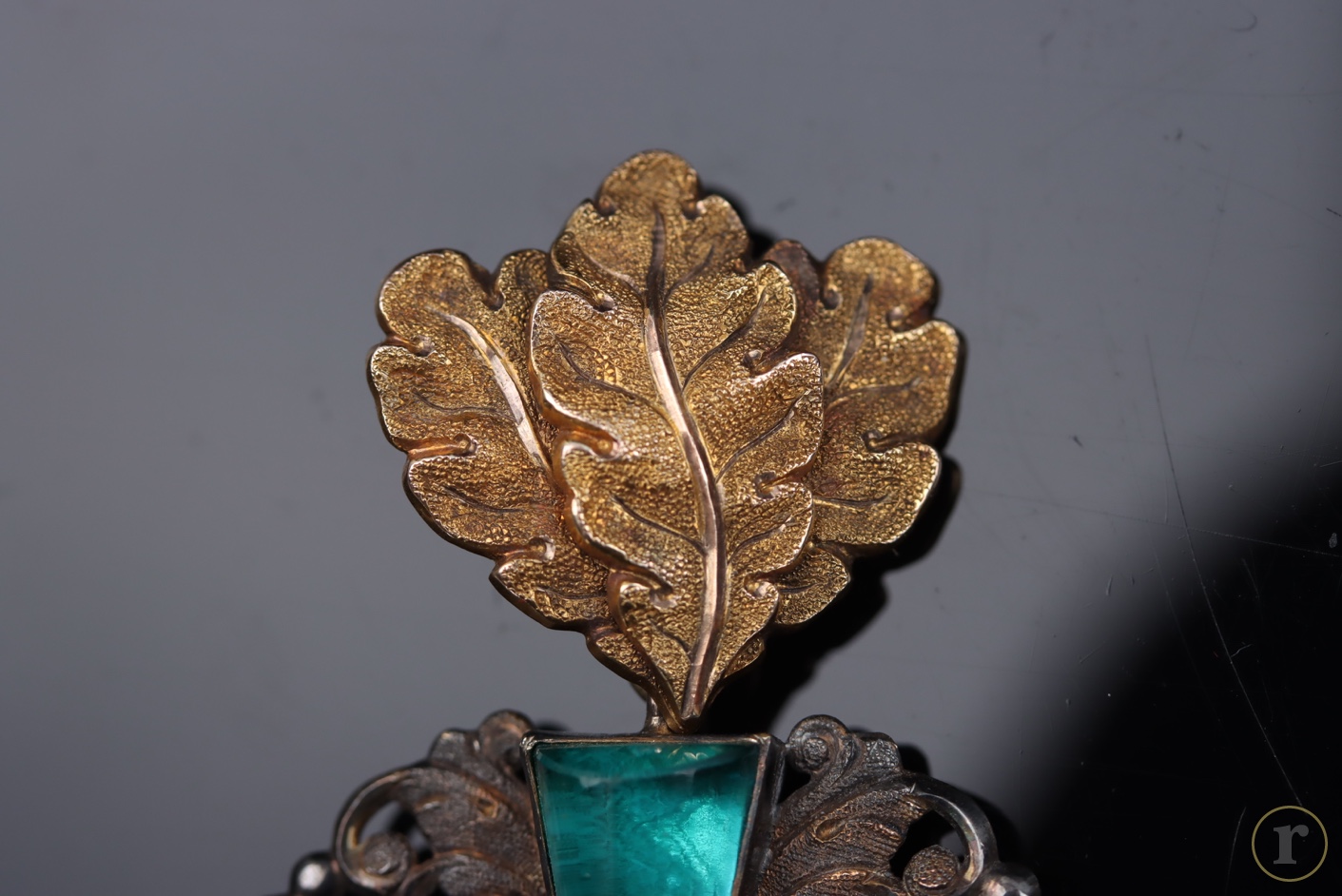 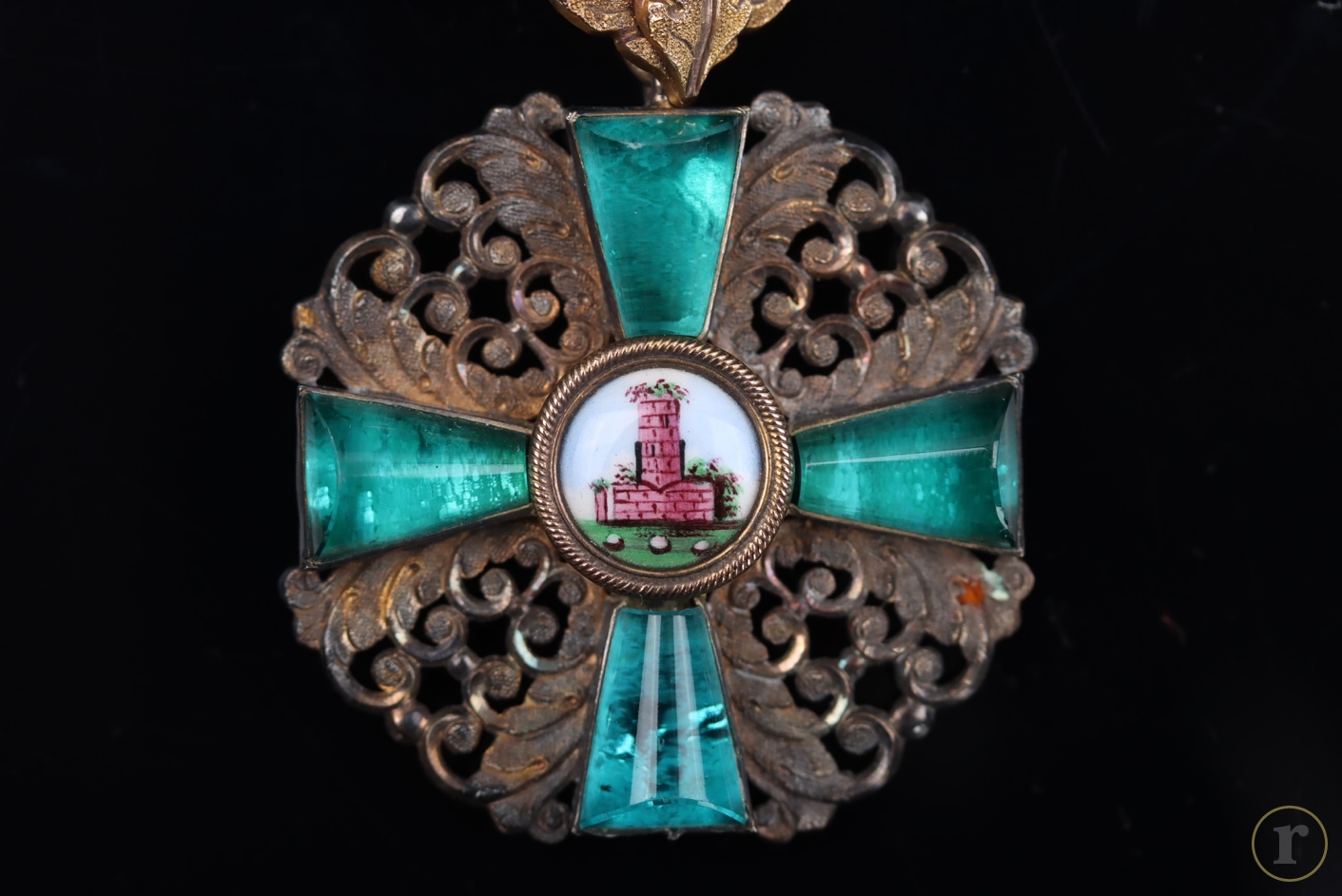 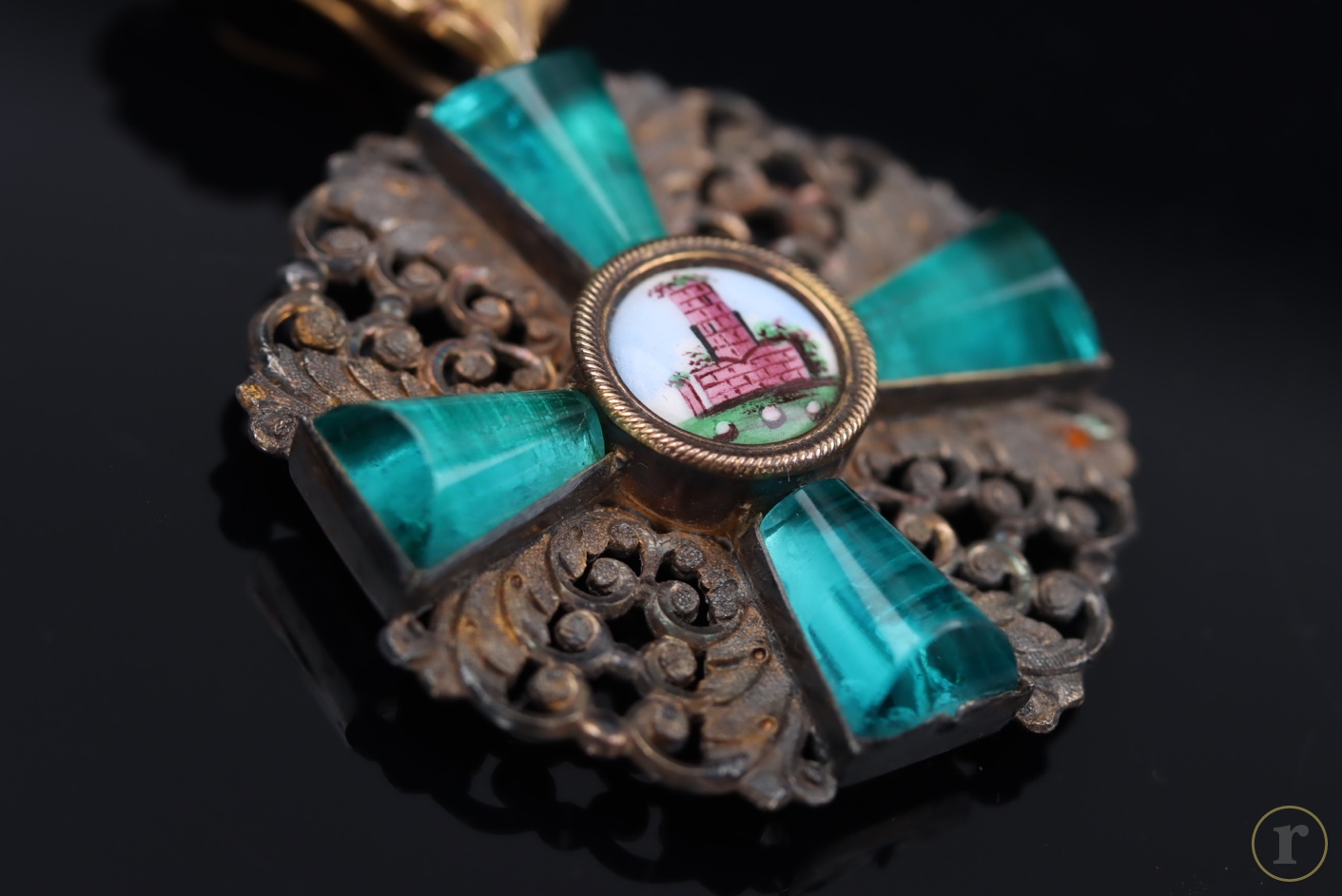 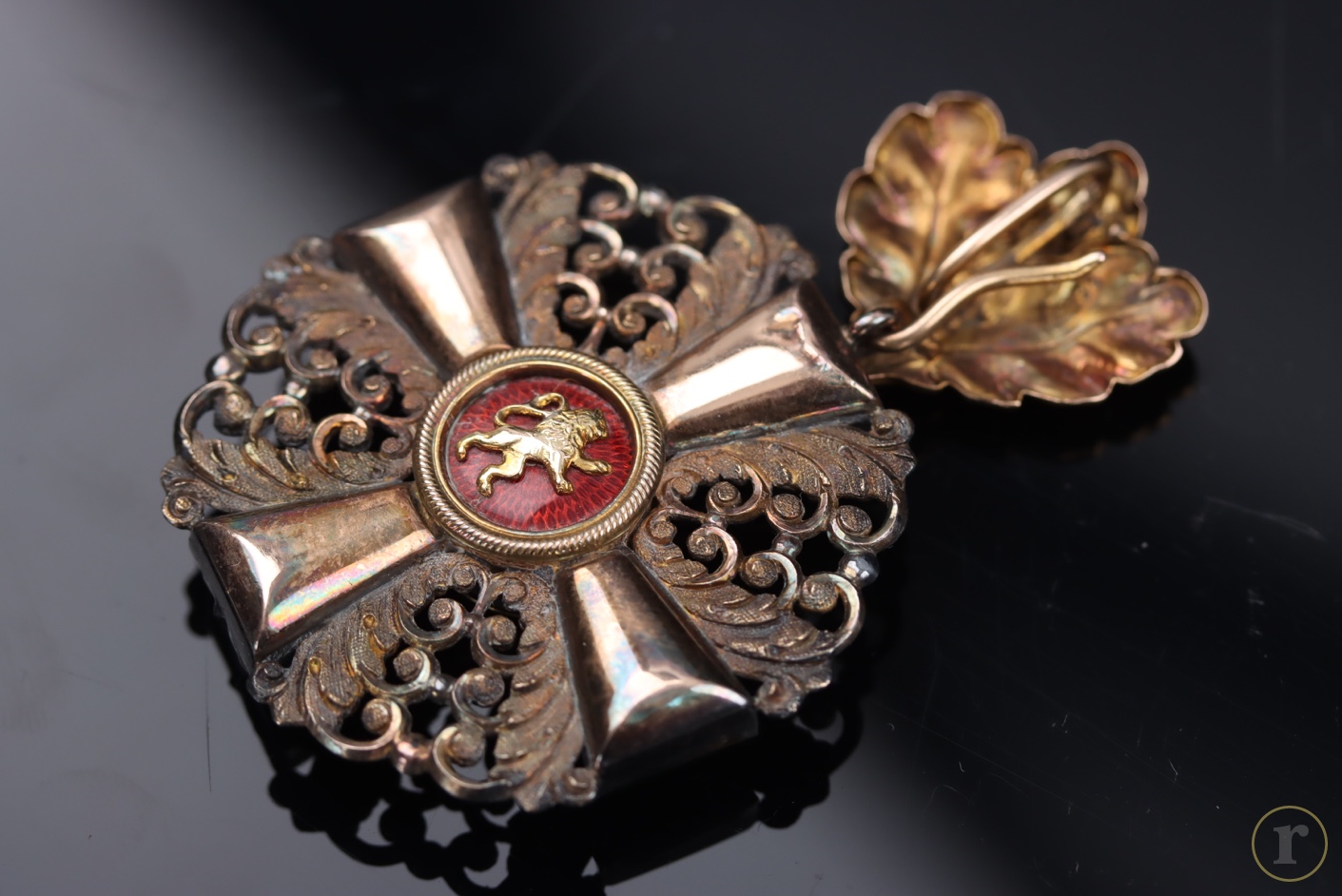 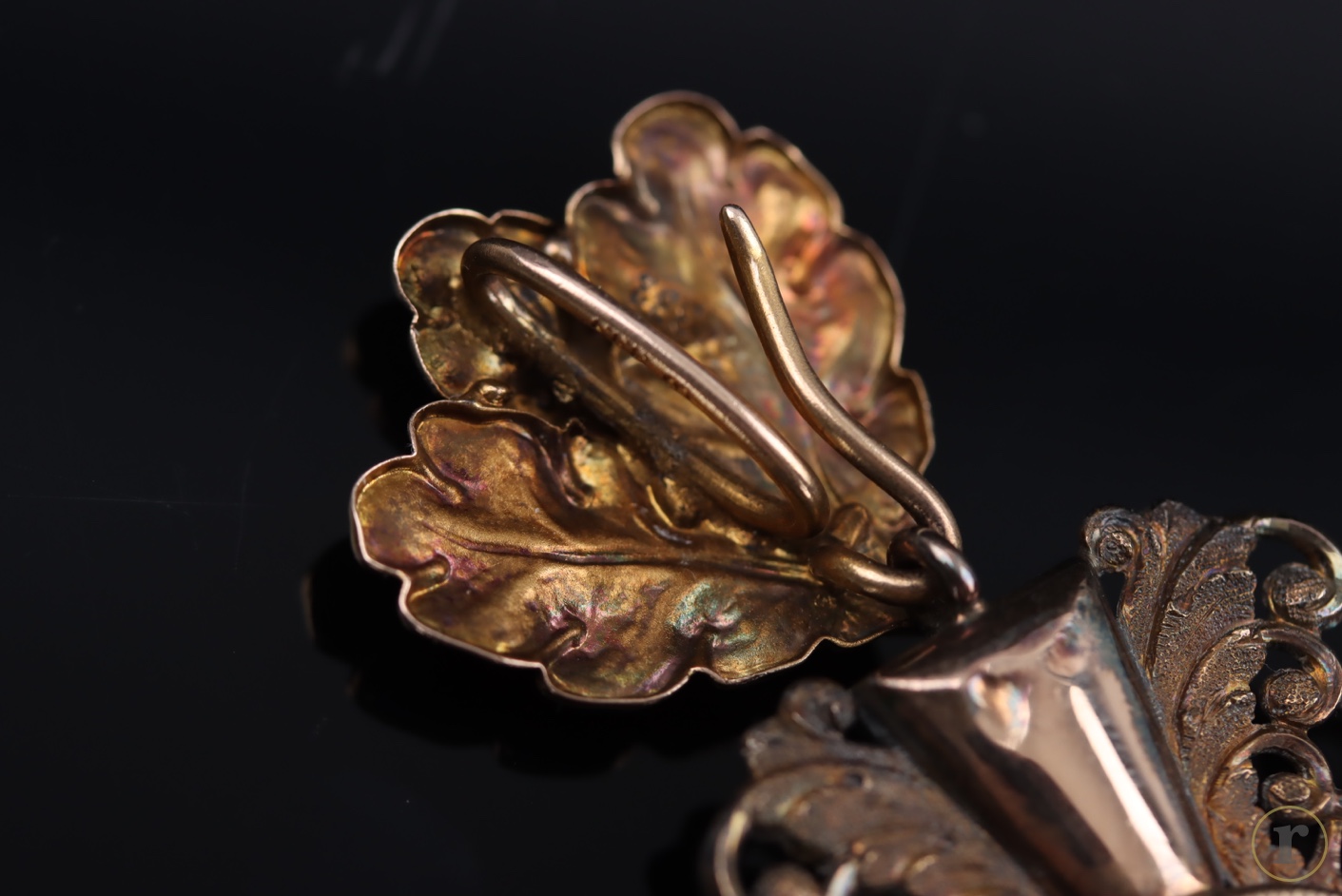 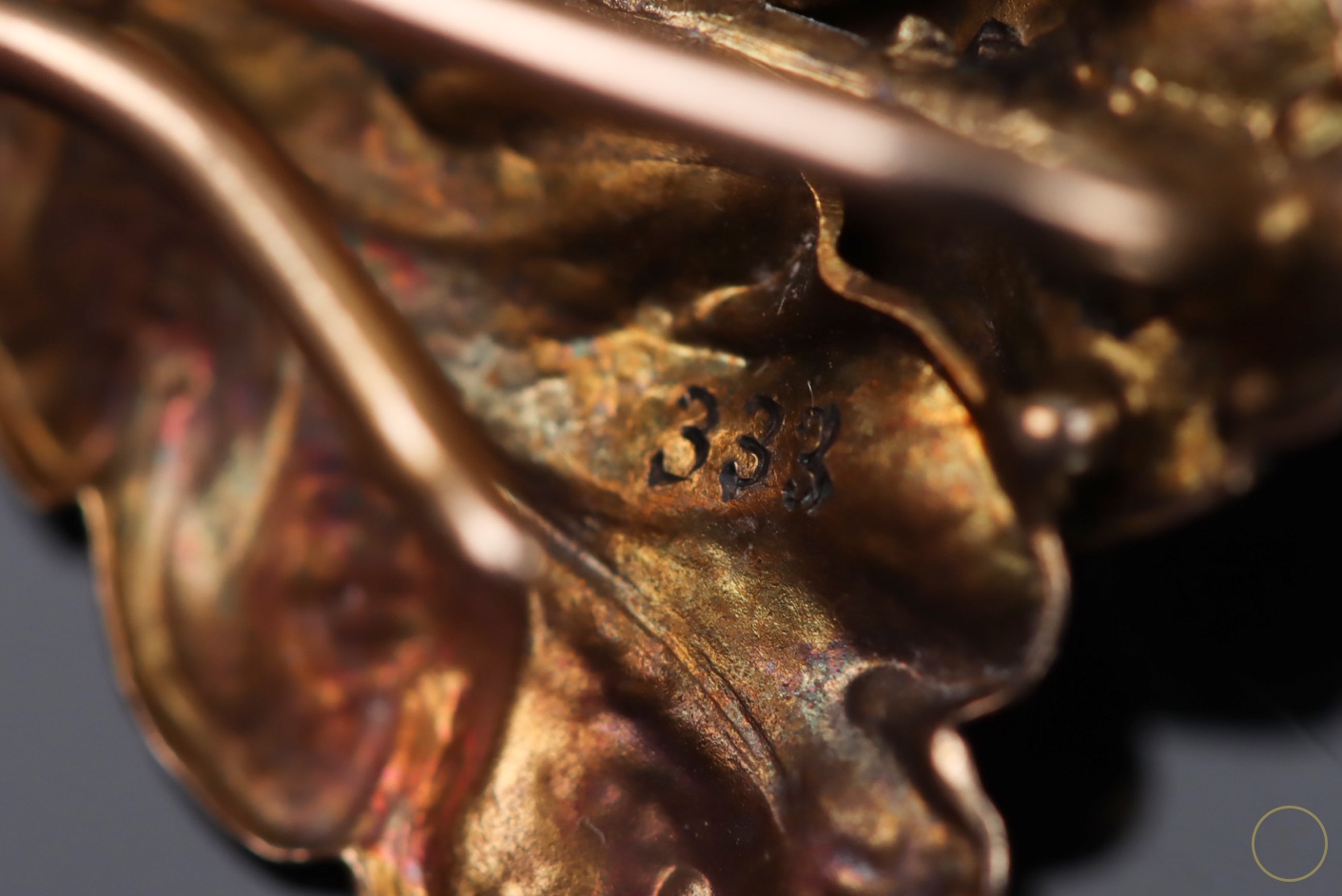 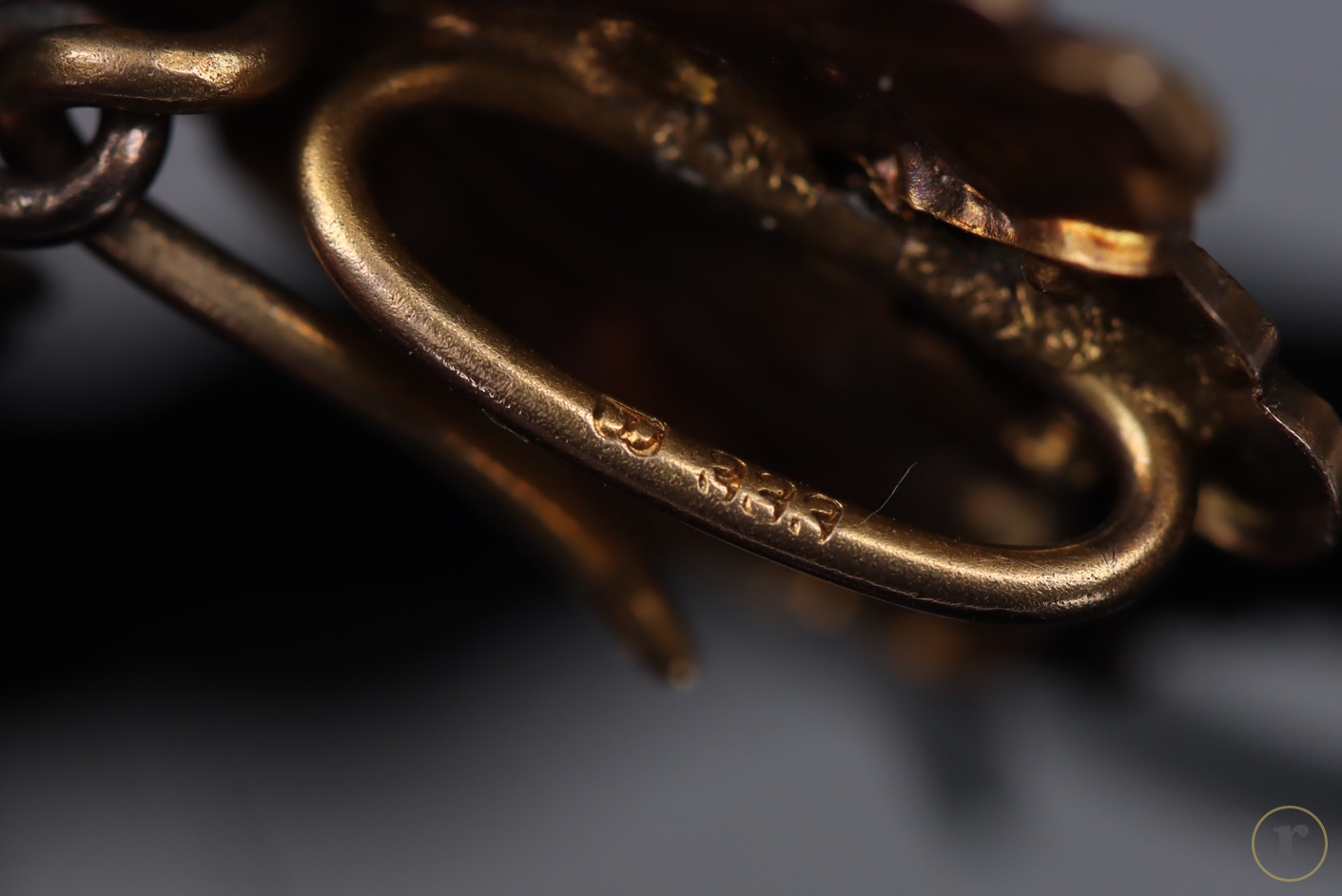 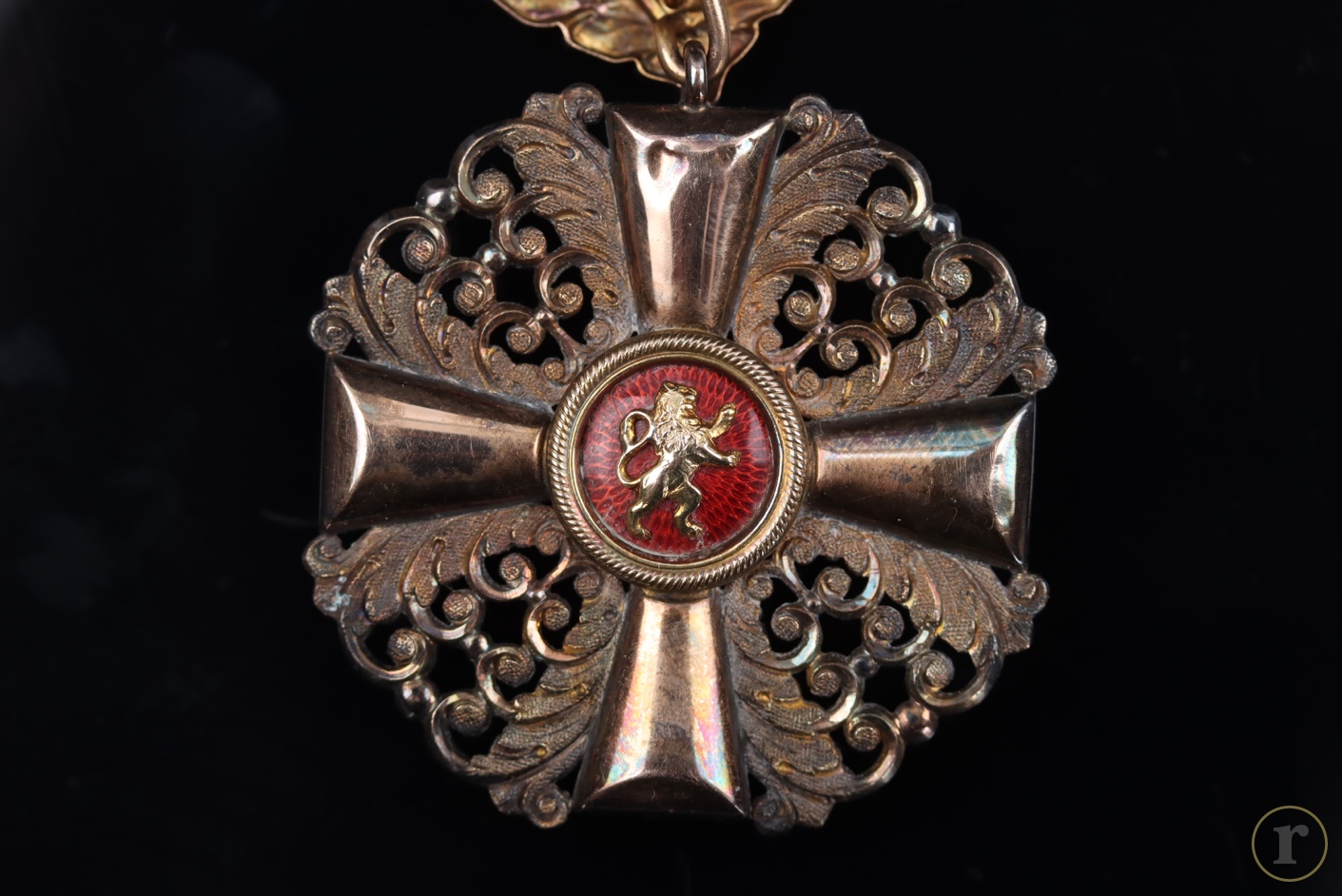