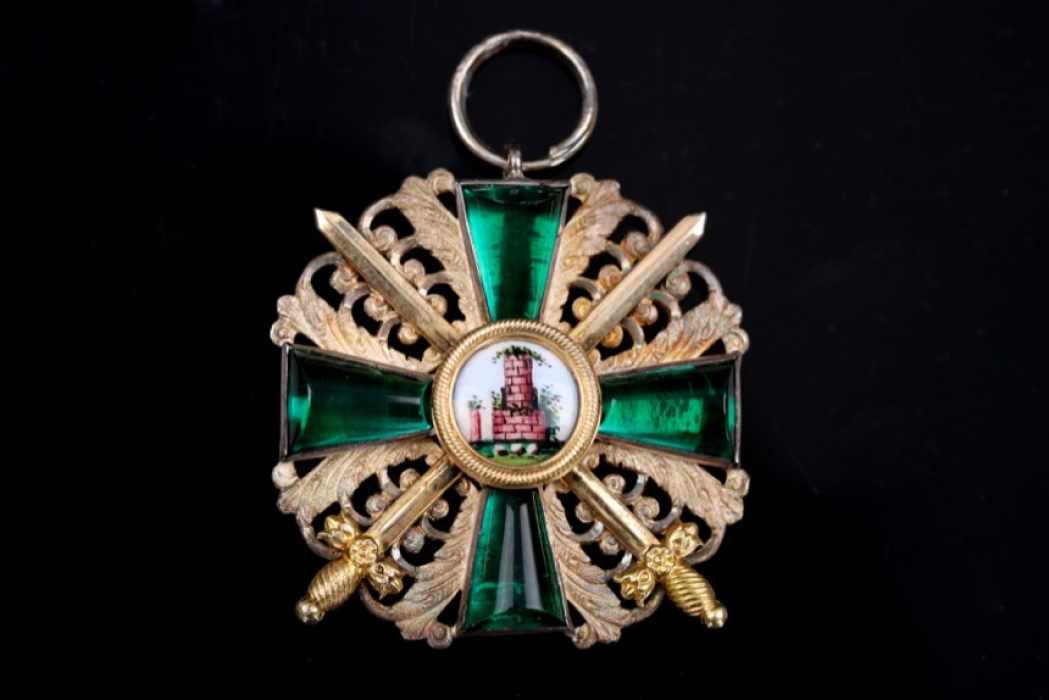 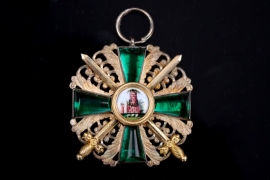 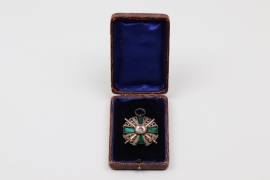 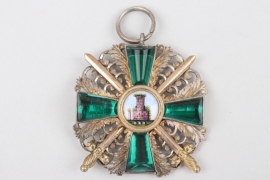 Knight's Cross 2nd Class of the Grand Duchy of Baden Order of the Zähringer Lion. Made from silver with gilded swords. Those attached through hollow rivets. Finely painted central medallion, the cross arms with green glass inserts. The vast majority of this class was awarded during the First World War and, like the present piece, was produced by the company Carl Friedrich Zimmermann. A total of 6754 crosses were awarded.

No manufacturer or silver content marks, but attributable to Zimmermann based on the above-mentioned characteristics, mainly the specific style of the painting of the castle ruins.

The cross in very good condition with a slight frosty silver finish between the cross arms. 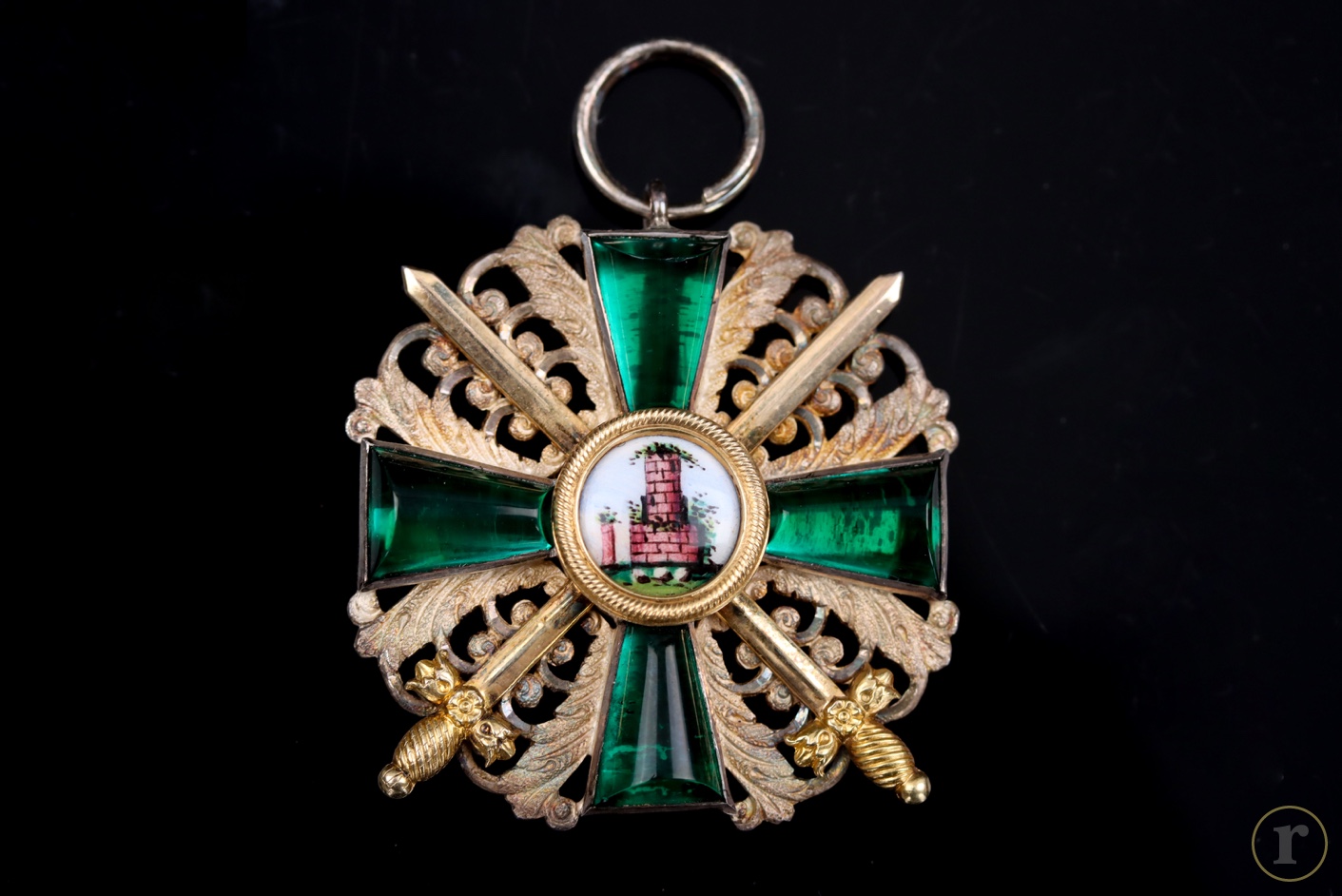 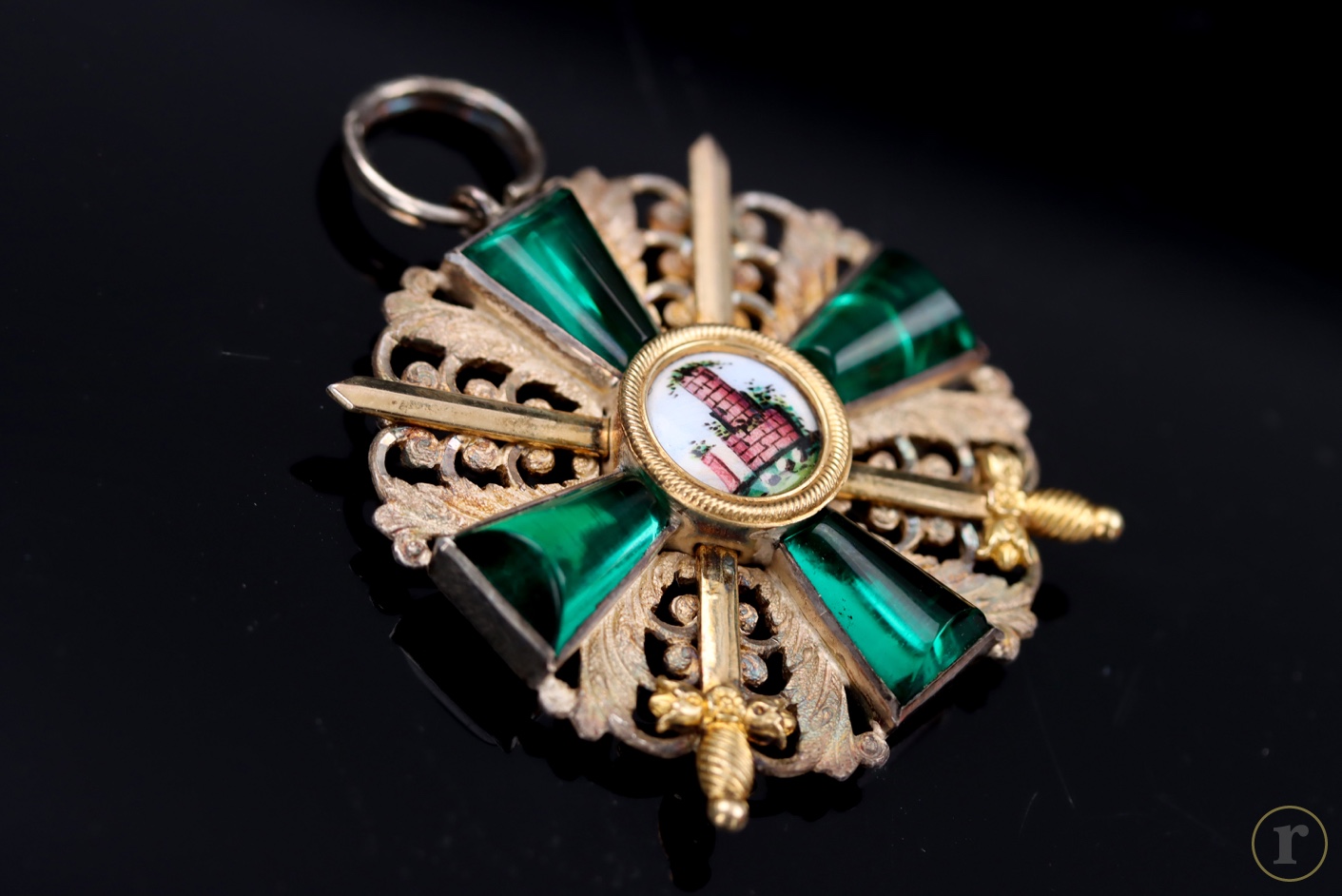 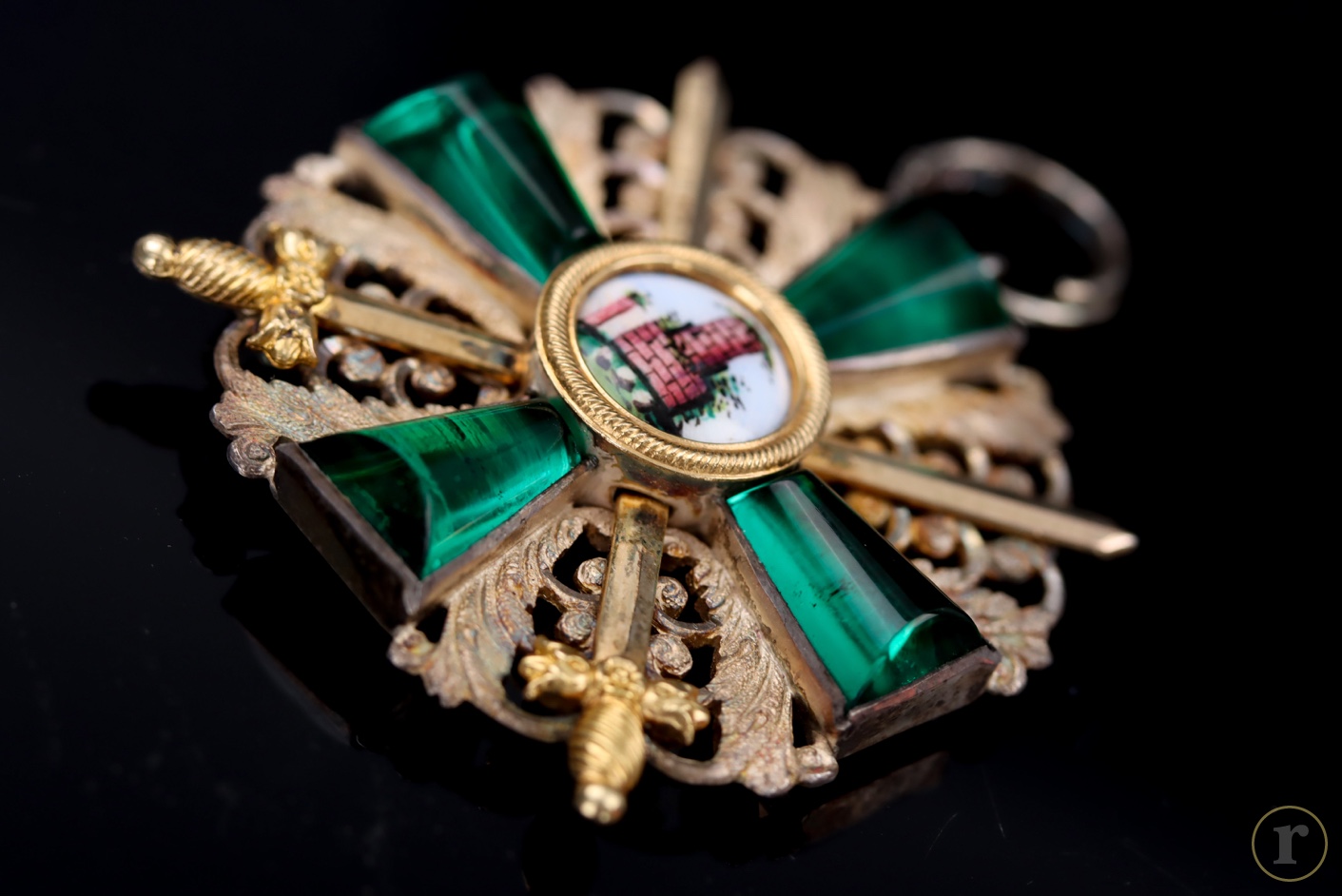 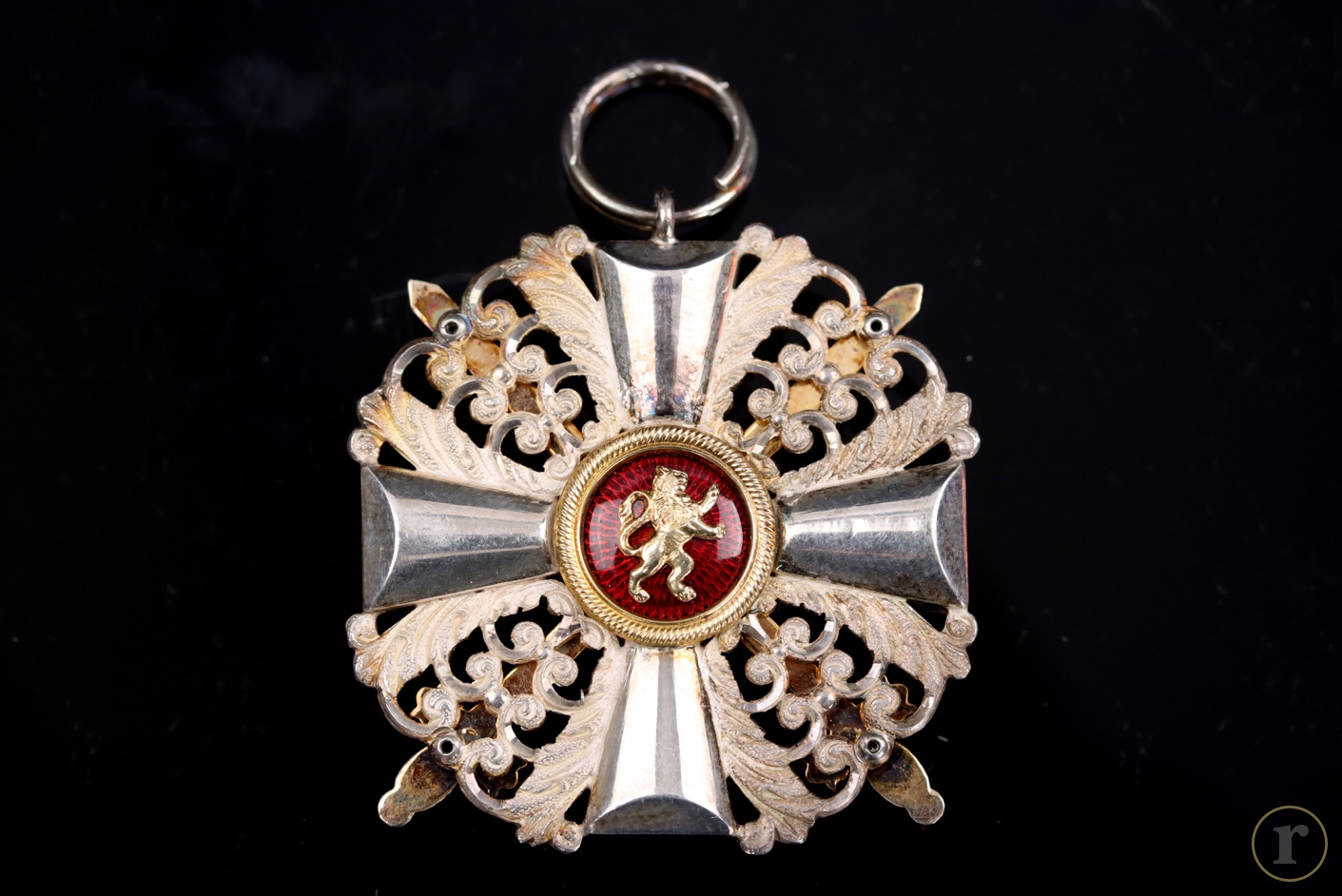