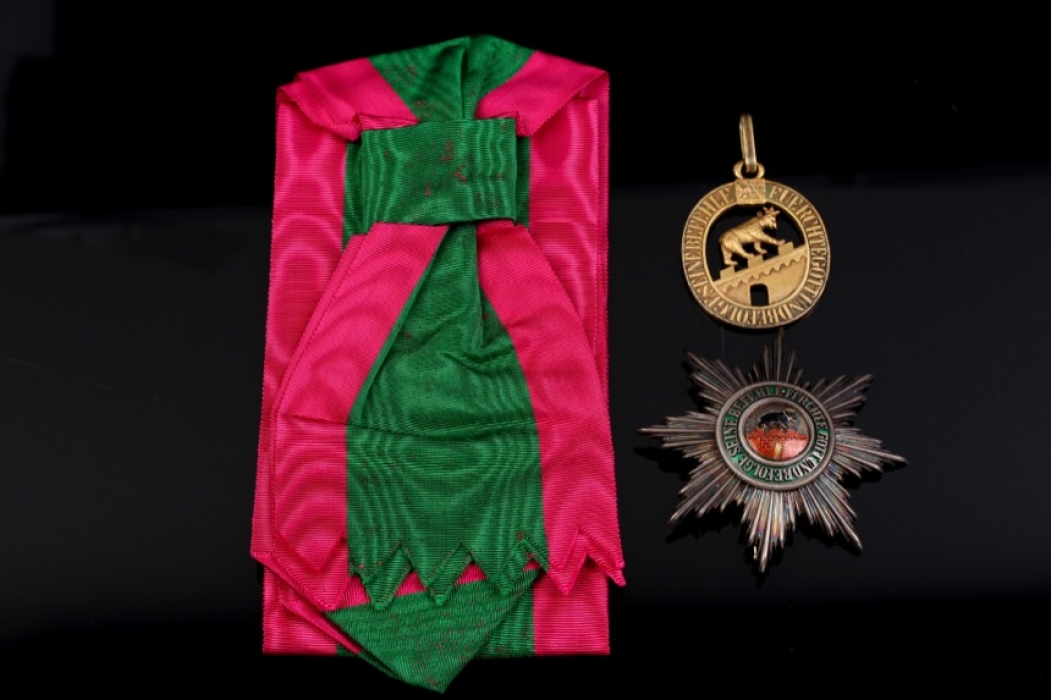 Grand Cross set of the Anhalt House Order Albert the Bear. The set consists of the actual Grand Cross badge, the star and sash. The order was awarded from 1836-1918.

The Dukes of the three Anhalt states, Heinrich of Anhalt Koethen, Leopold Friedrich of Dessau and Alexander Carl of Bernburg, founded the House Order of Albert the Bear February 1837. The Foundation document was backdated to the Birthday of the orders patron, November 18, 1836.

On March 18, 1848, the commander class was split into commander and the superseding grand commander with star.

The knight cross class was split on February 8, 1854, into the knight first and knight second class, being a plain silver badge.

Swords for war merit were added to all classes including the medals on July 18, 1864.

June 22, 1888, marked the first award of a grand cross decoration with diamonds, without an adjustment of the order's statues, followed by the same unrecorded act of awarding a decoration for ladies and princesses on May 22, 1896.

On April 29, 1901, the crown was added by statute to all grades excluding the medals. The crown matched the base metal of the decorations, hence was either silver or gold. The Crown could be awarded with the decoration or as a special award to the decoration. On August 19, 1904, the medals were included in the above practice.

End of 1918 an officer cross was placed in between the commander and knight cross 1st class was discussed but not issued anymore.

The orders archives, including the roles of the order, located in the Chateaux in Zerbst were unfortunately destroyed on April 16, 1945. Estimates of the number of decorations awarded were recreated by other means, however. 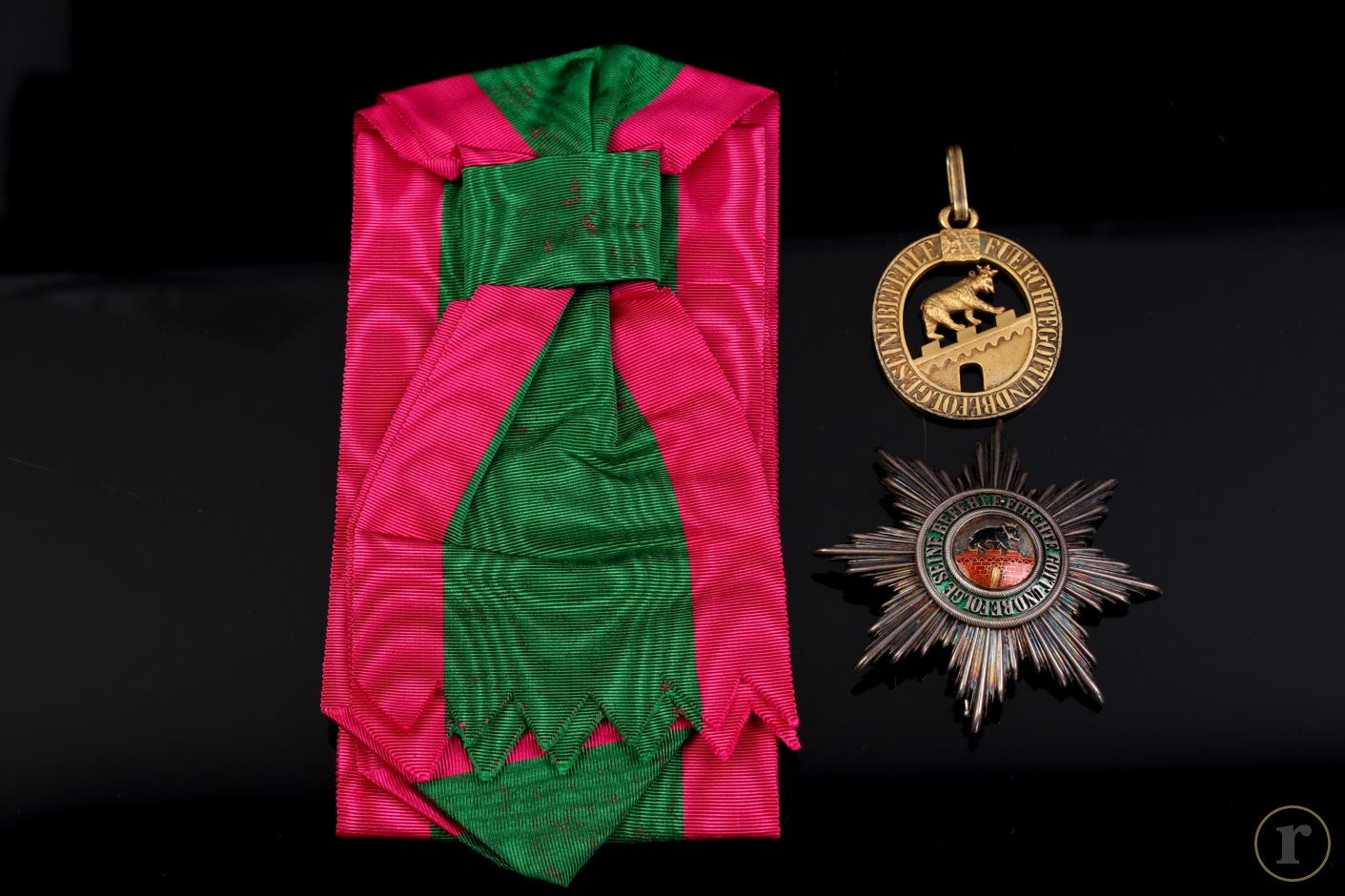 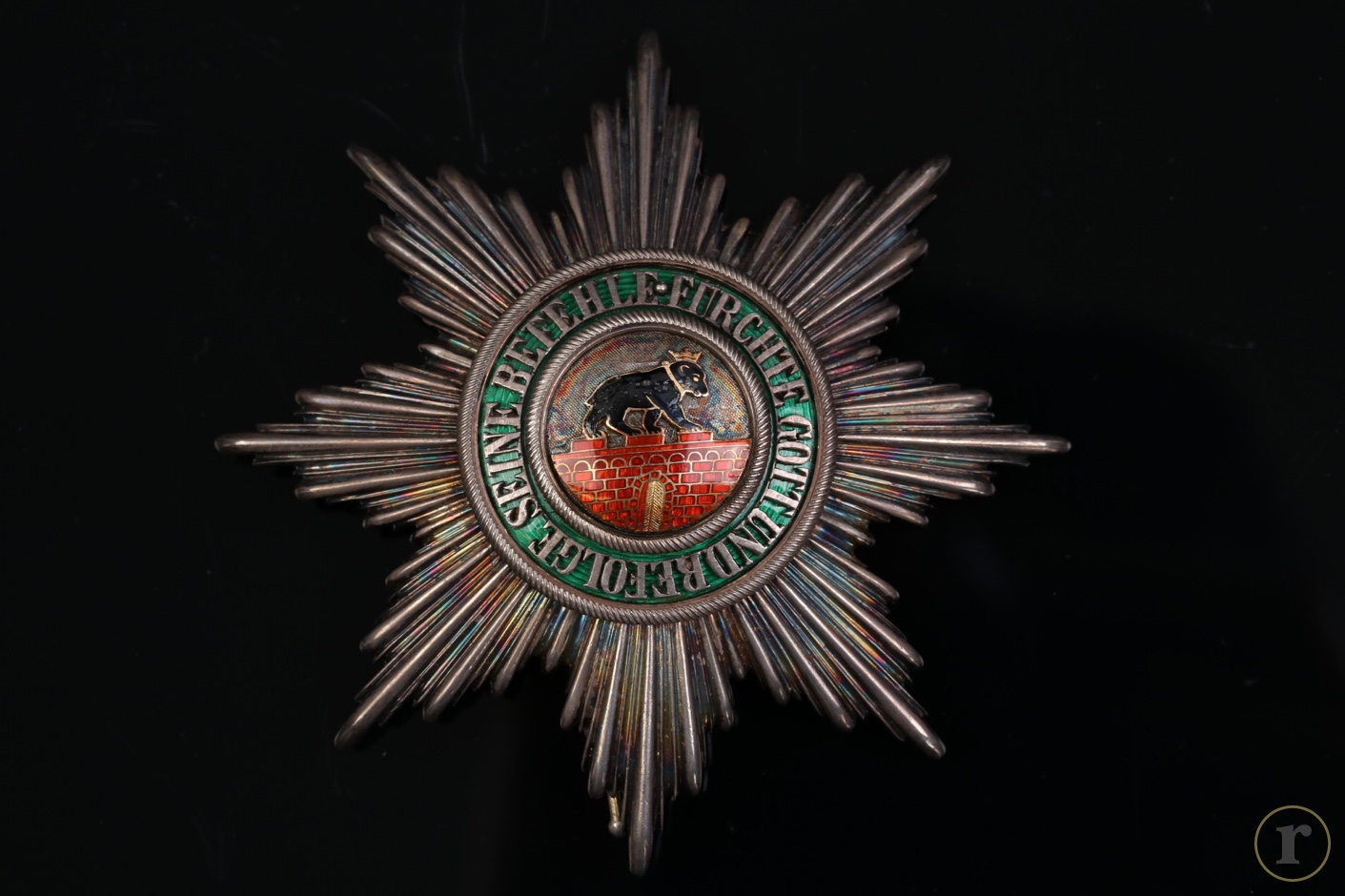 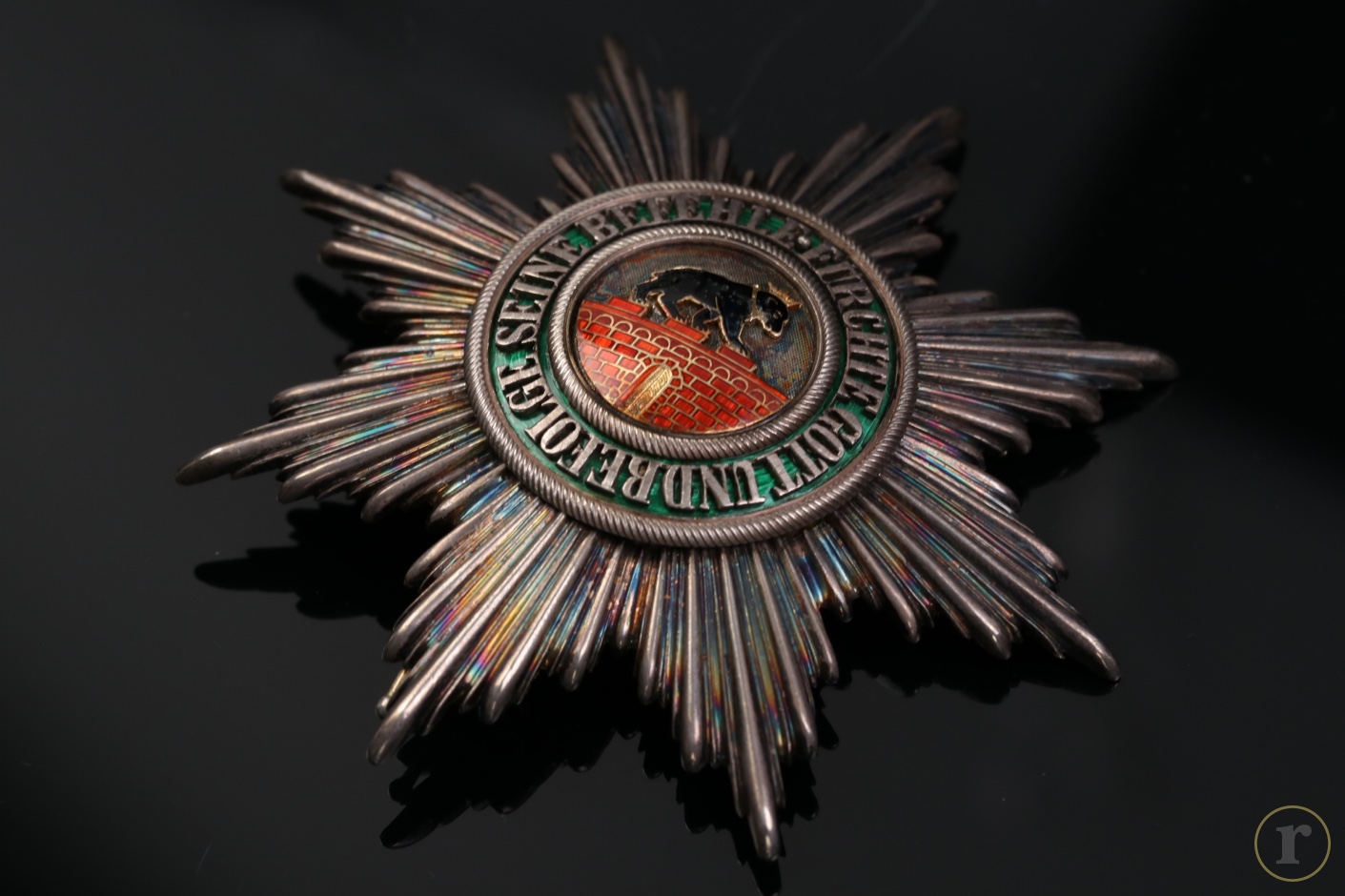 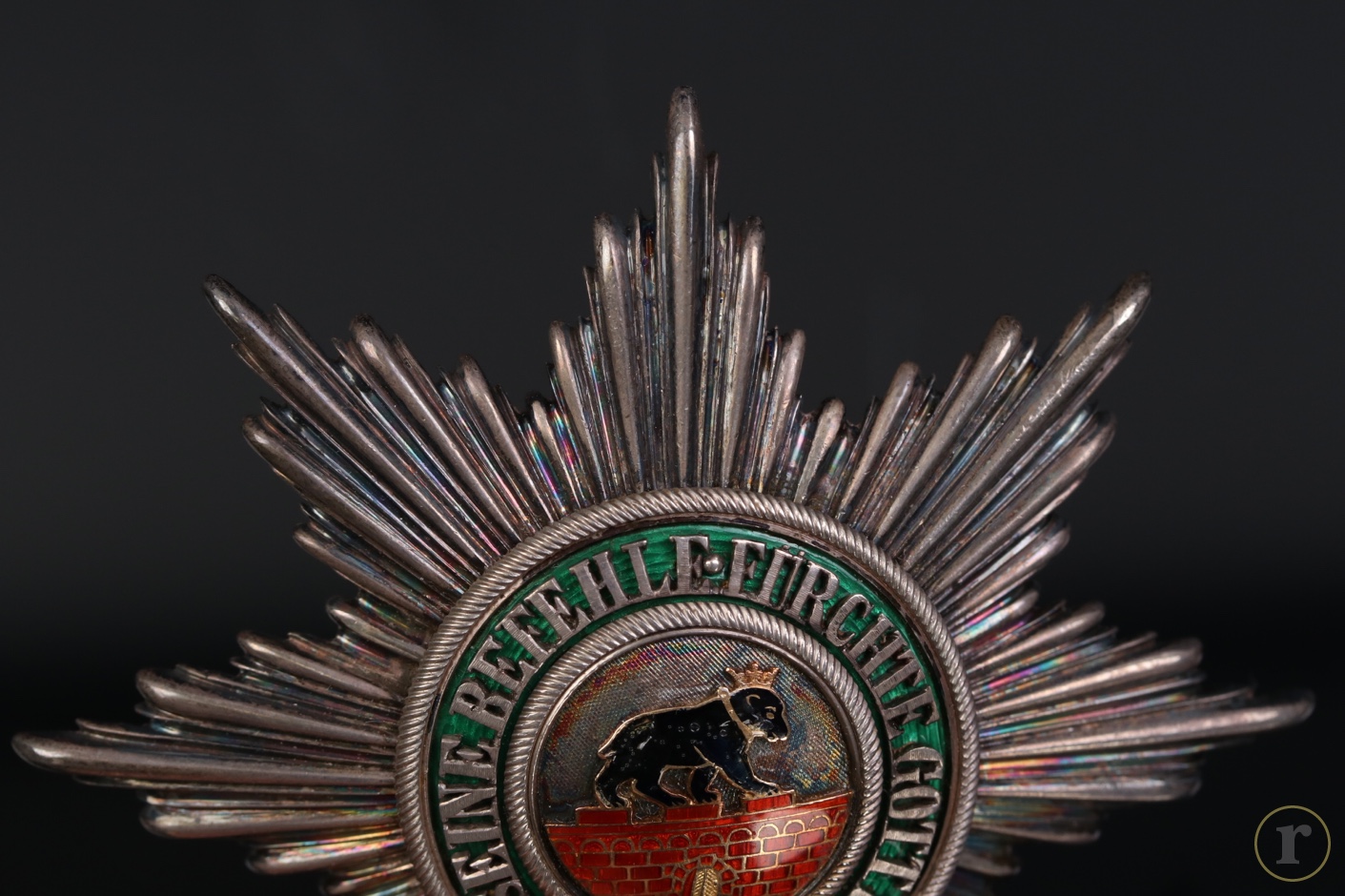 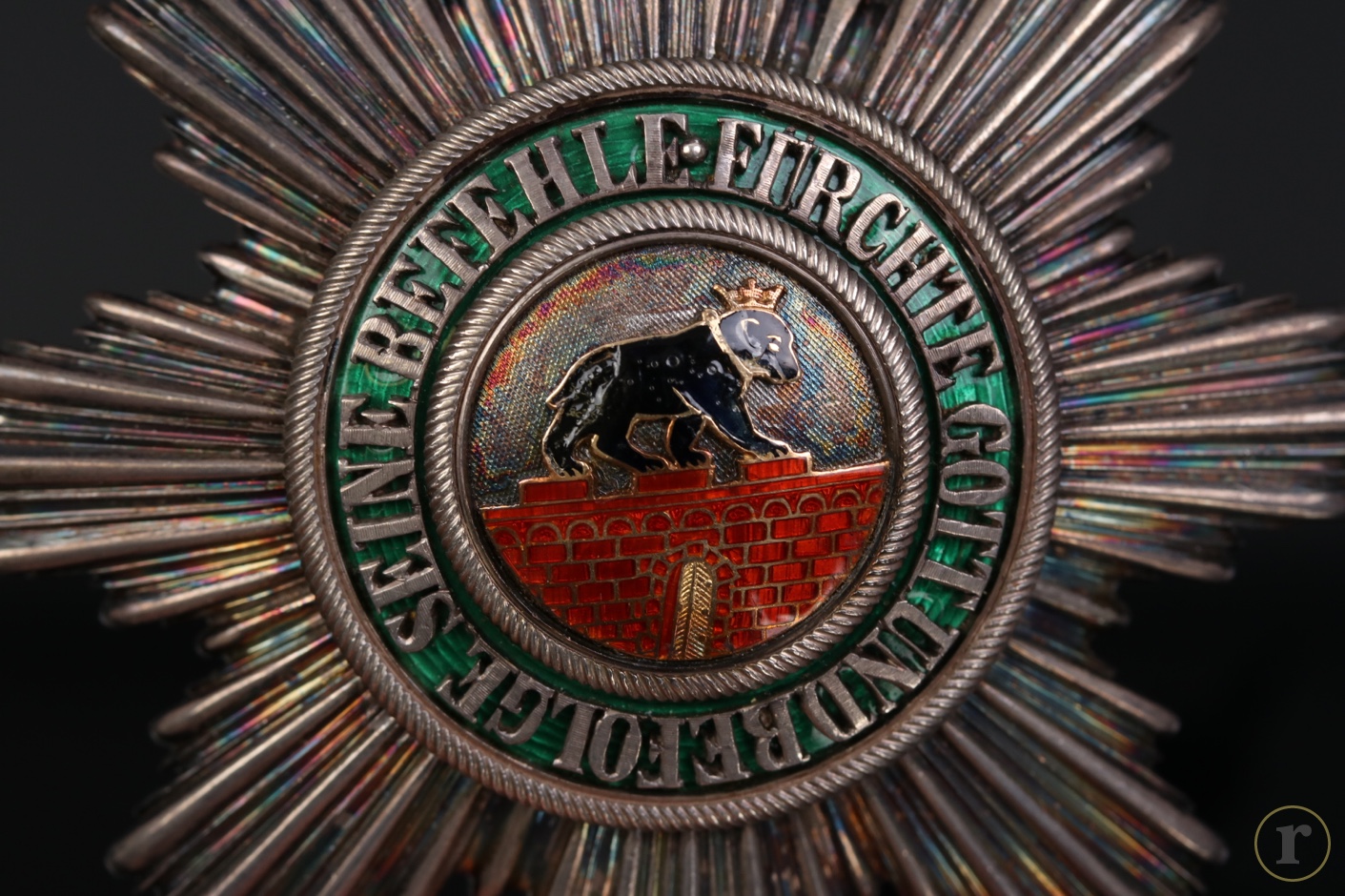 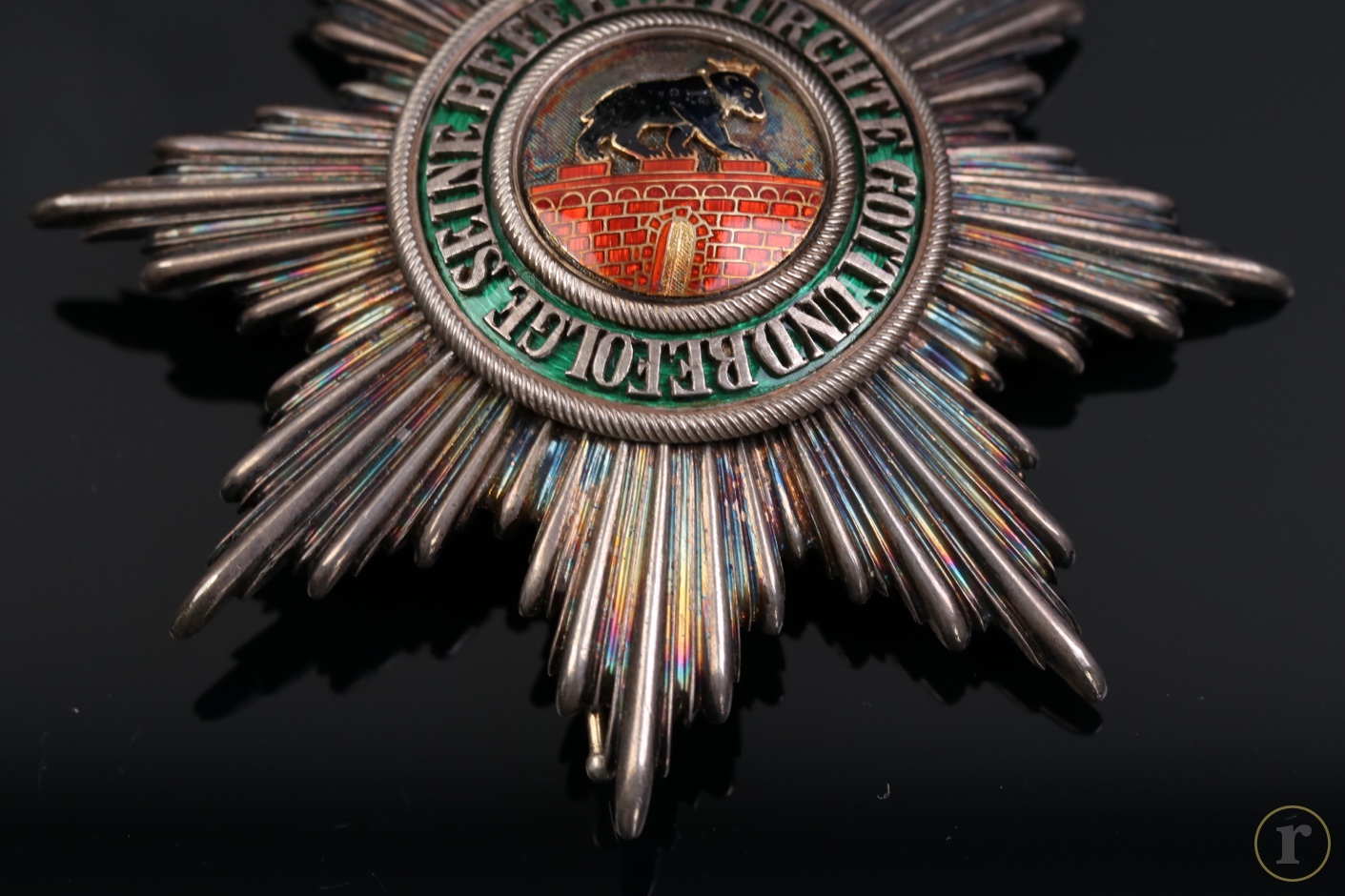 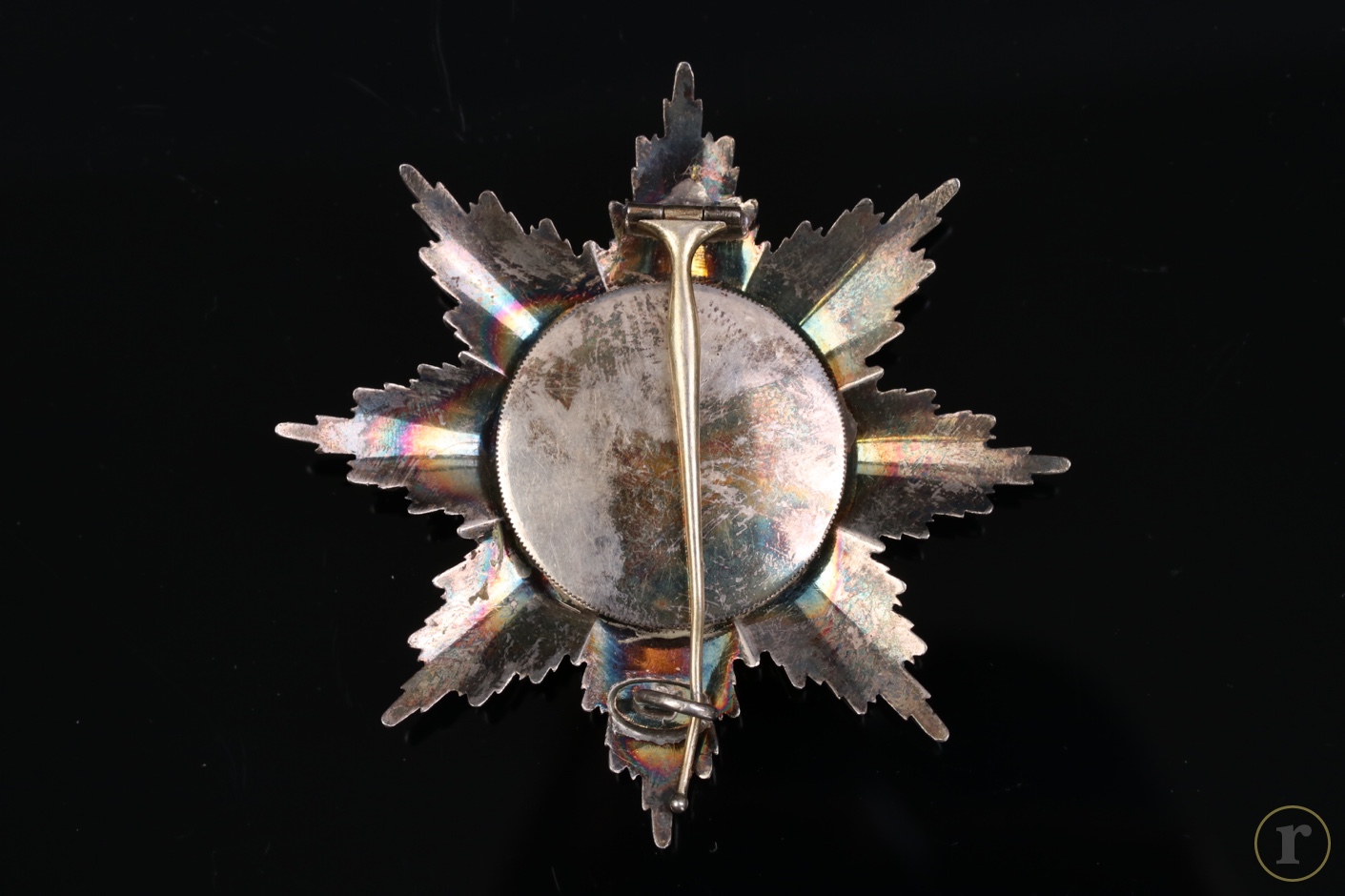 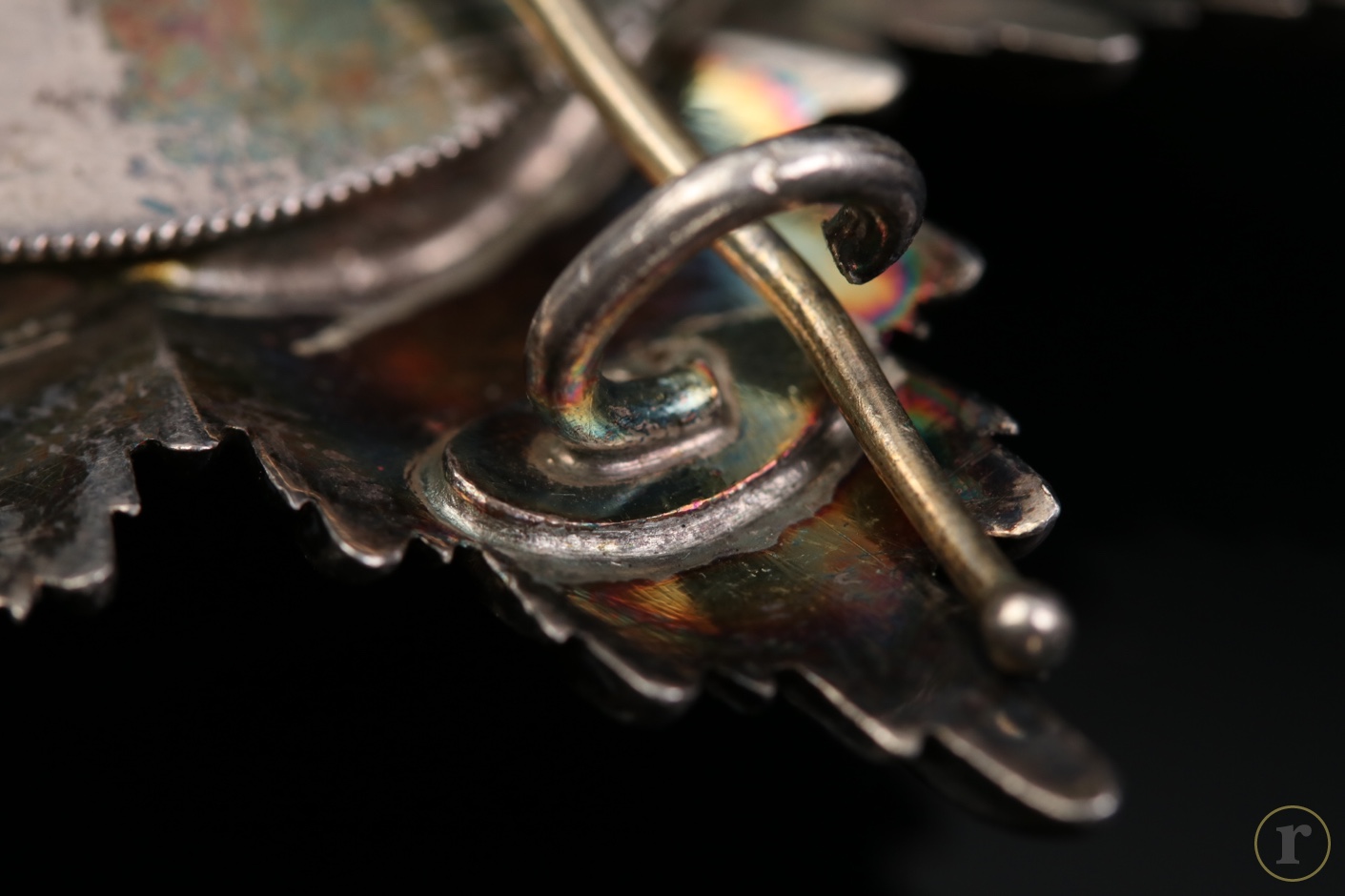 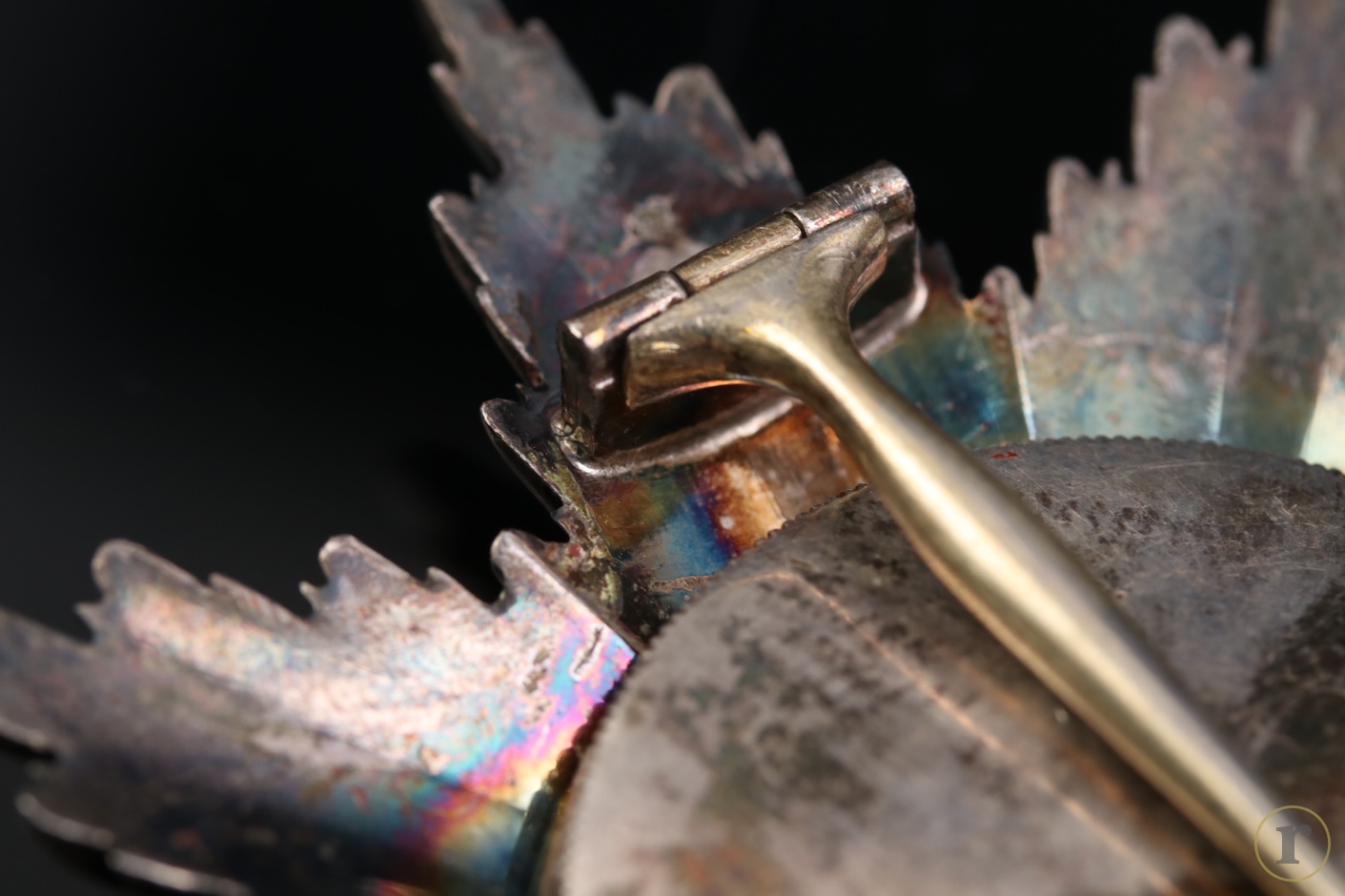 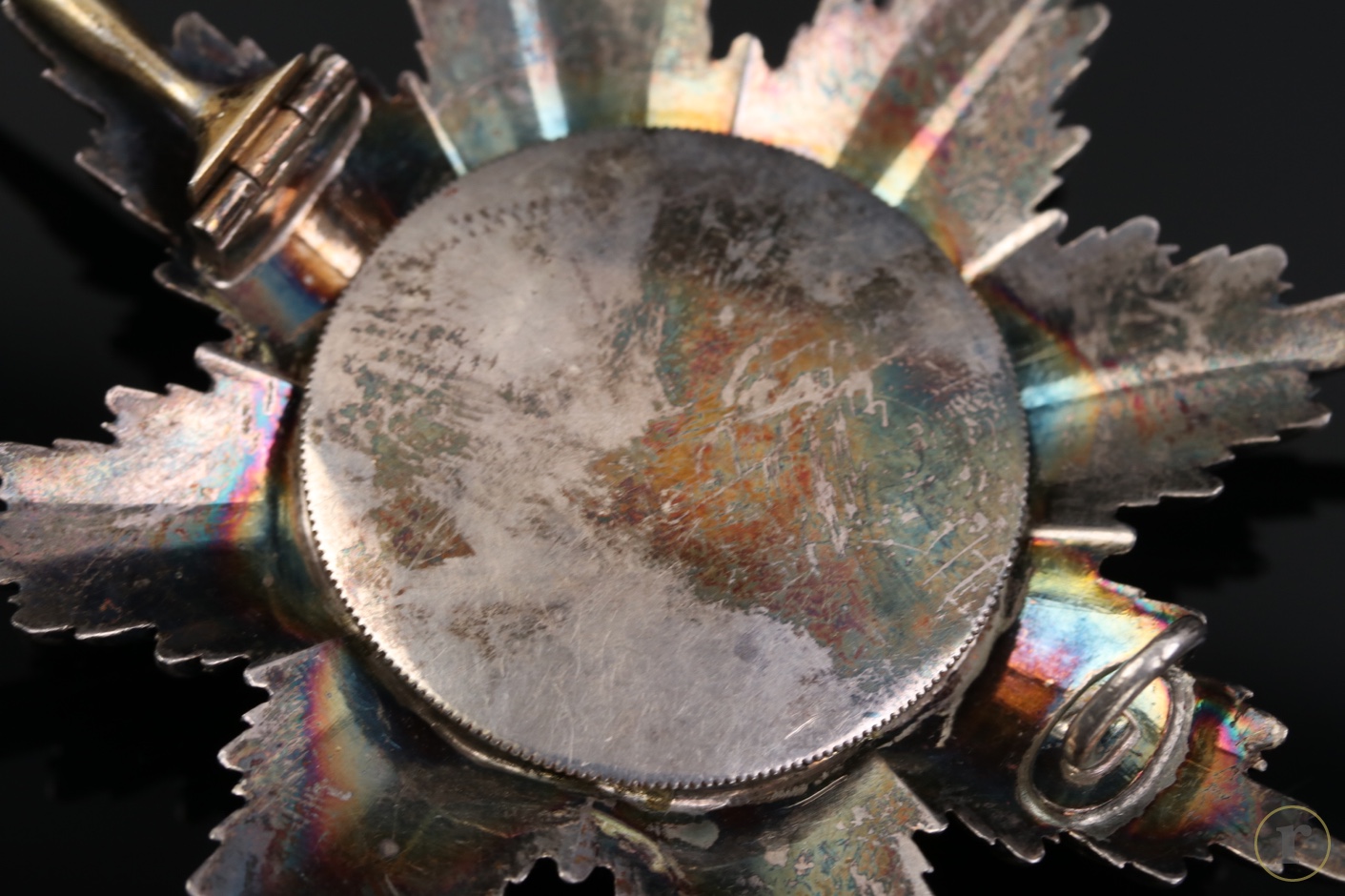 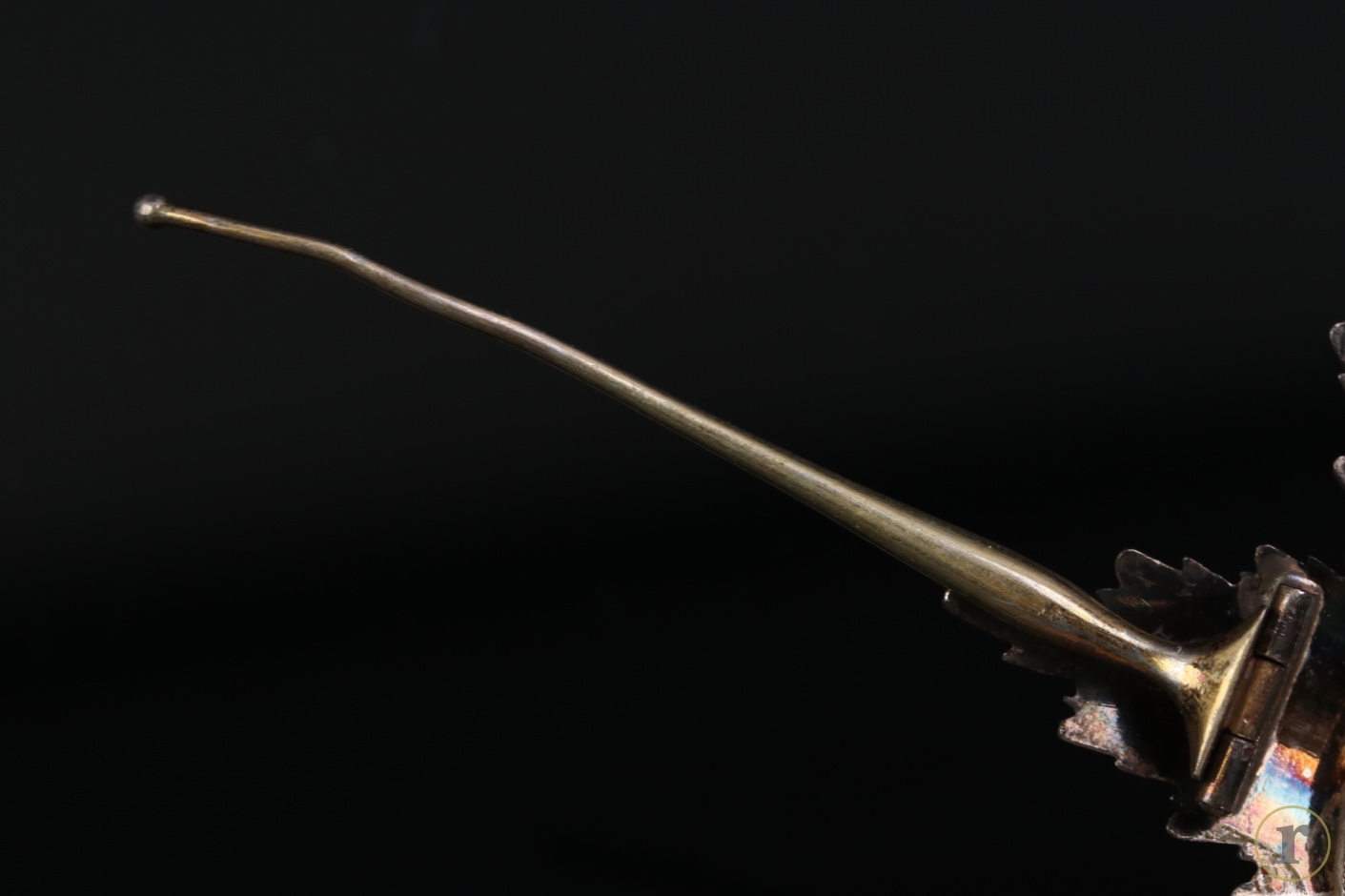 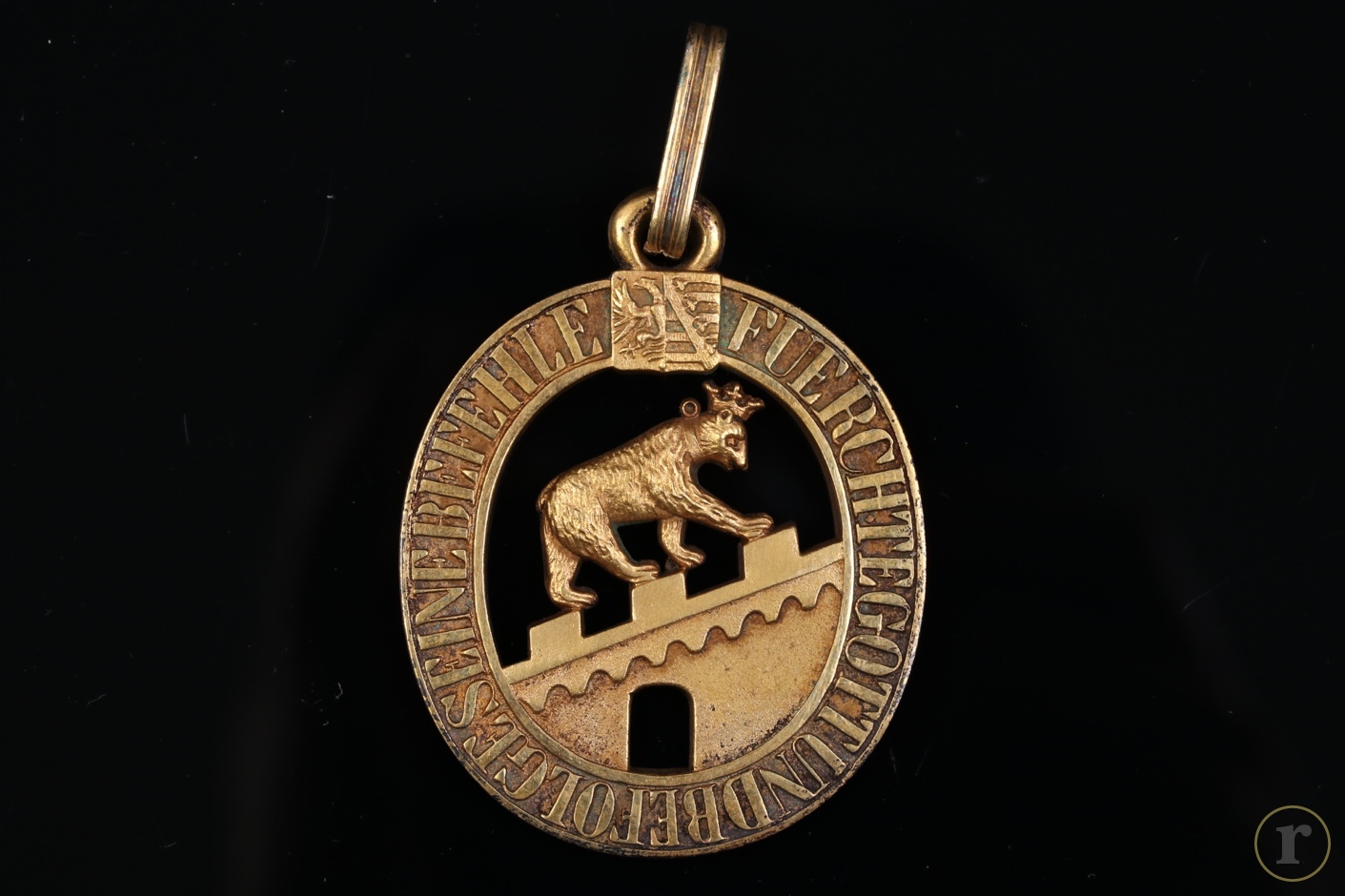 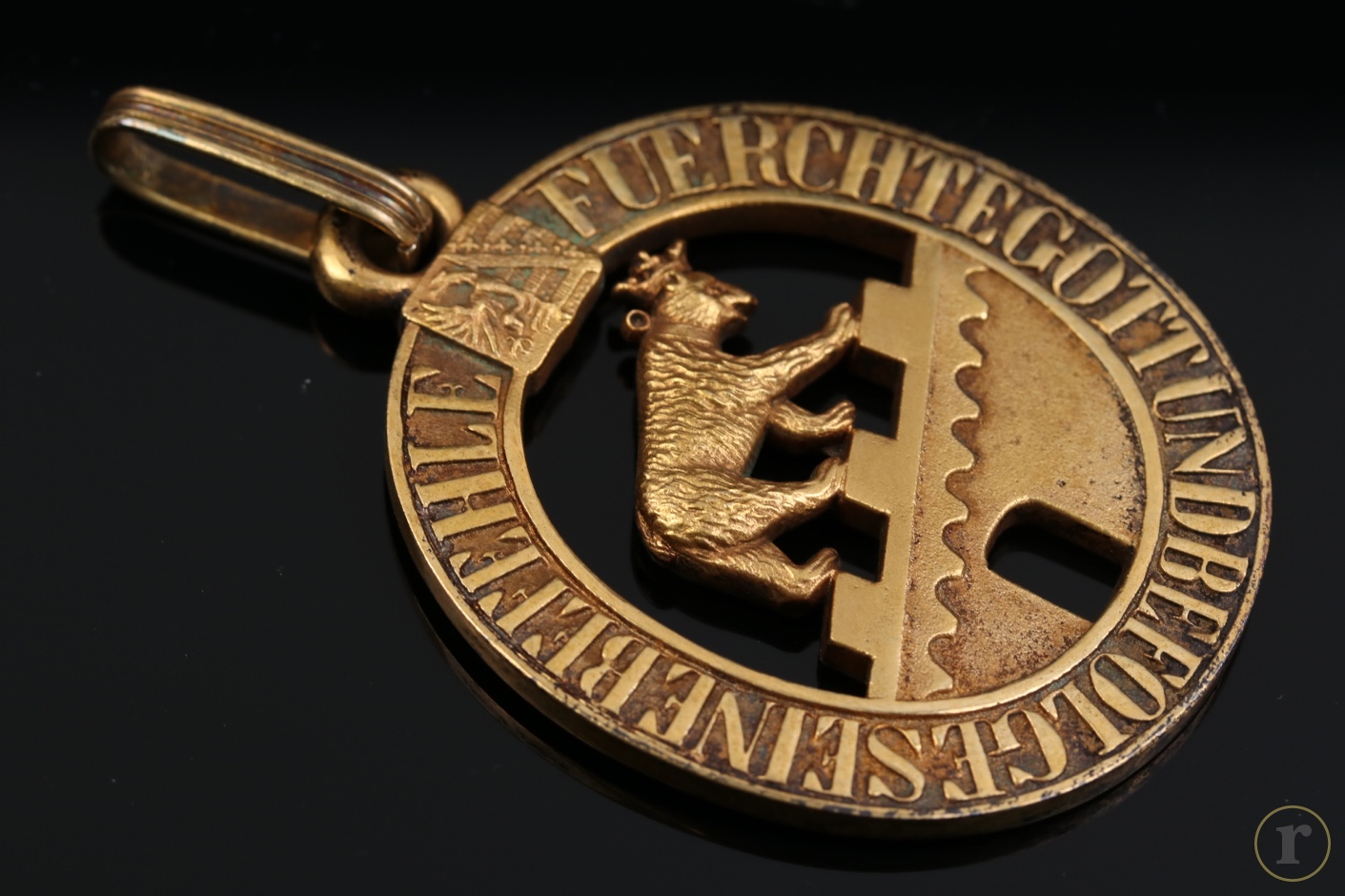 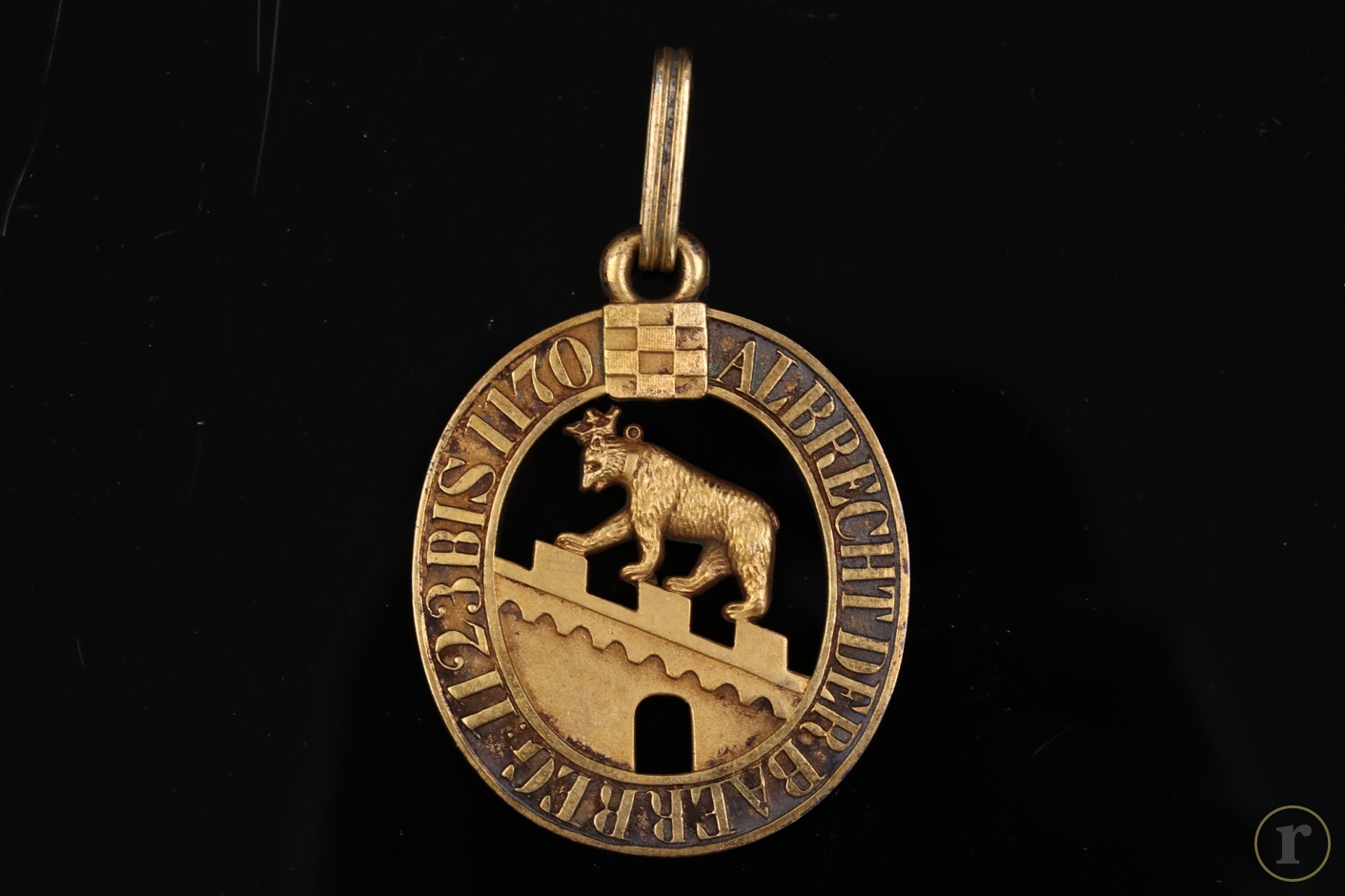 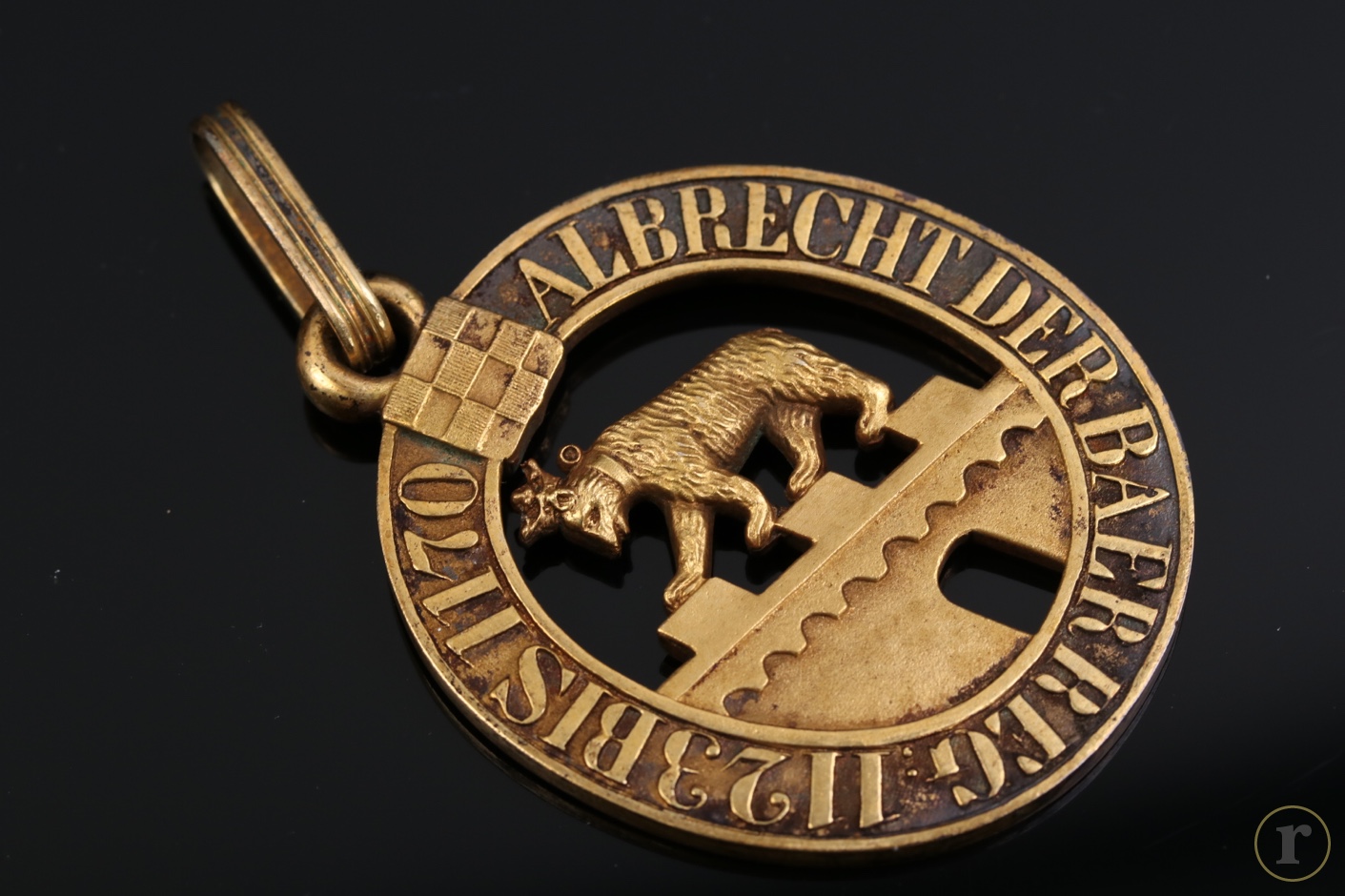 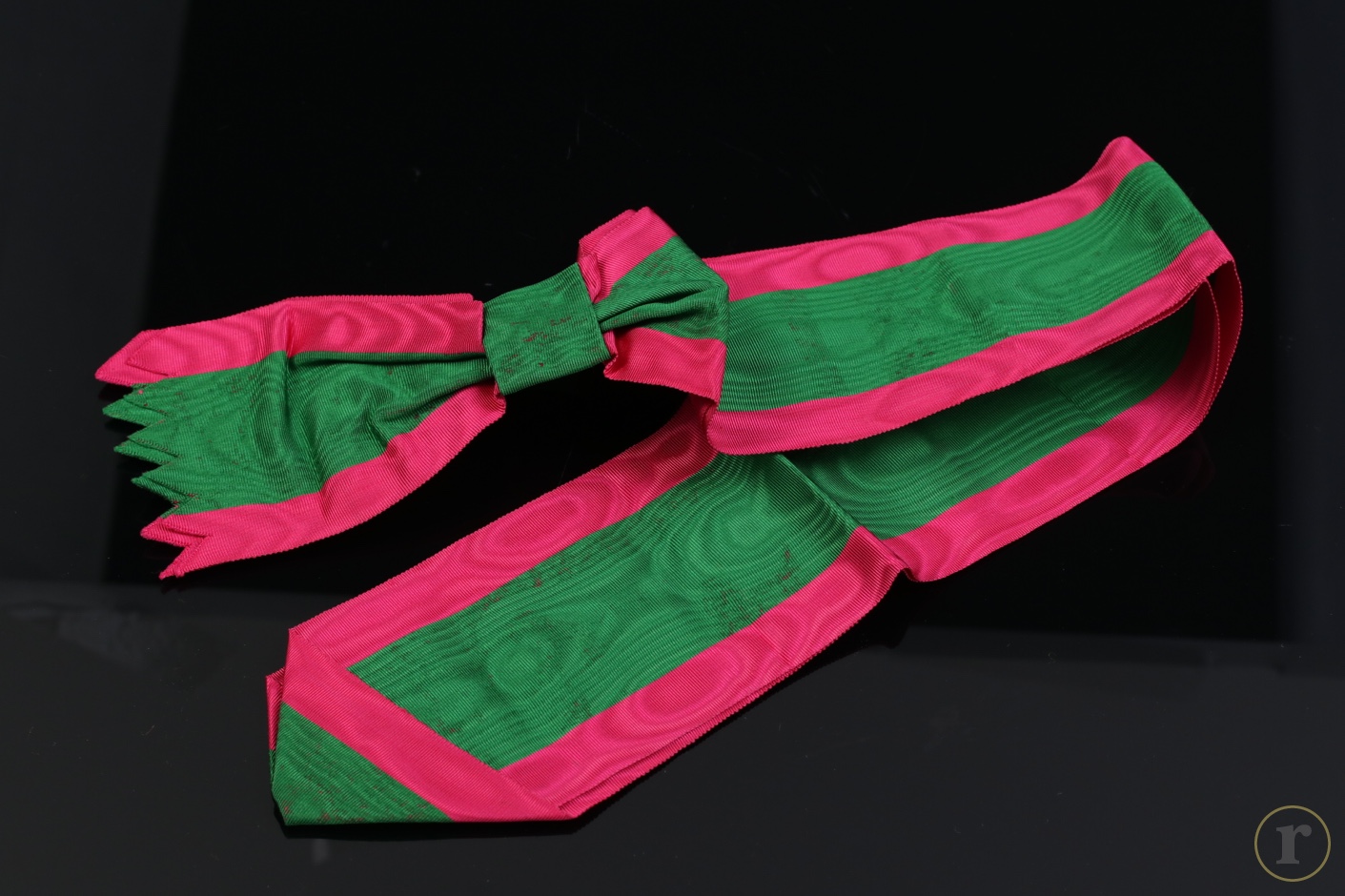 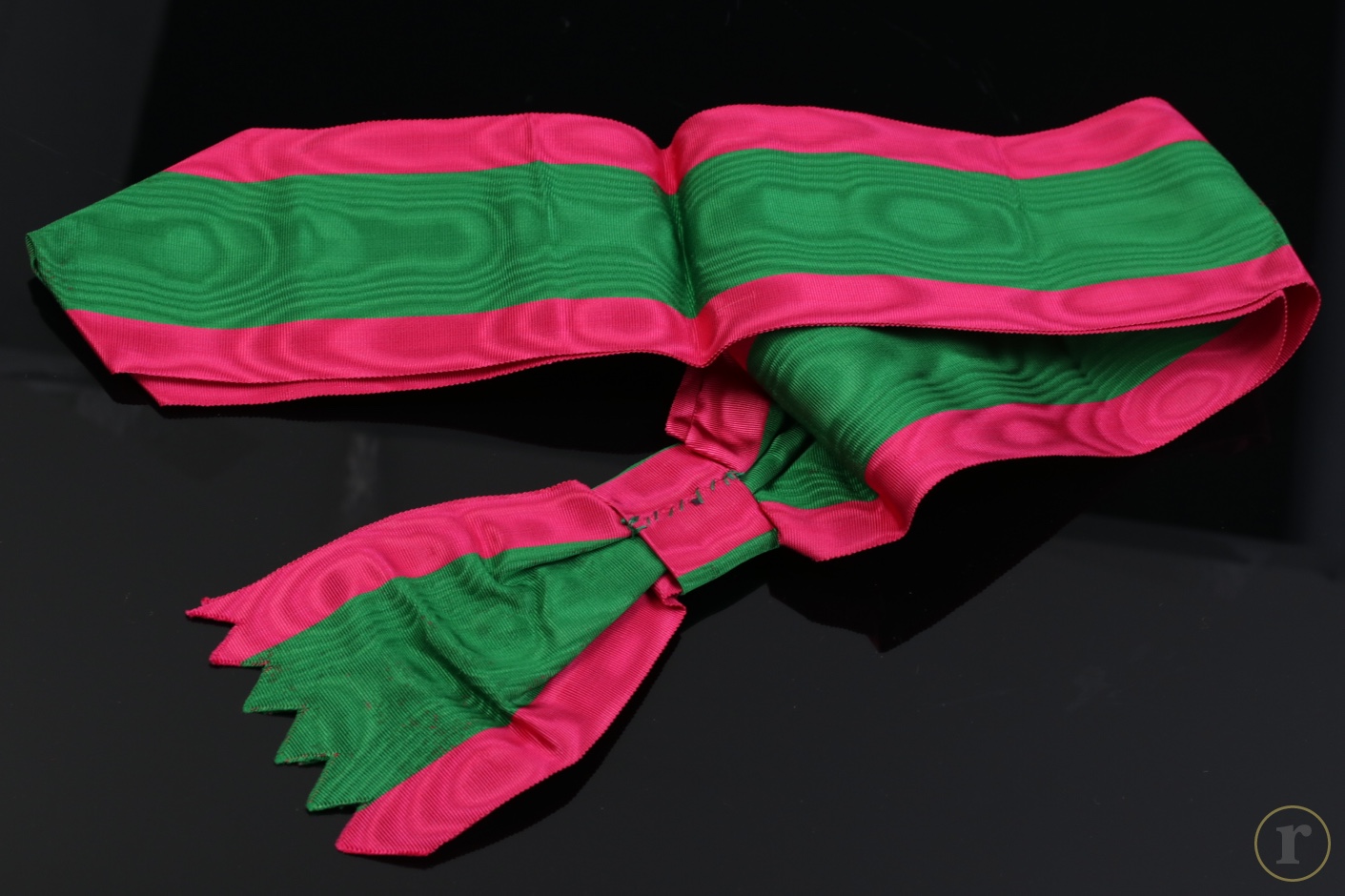