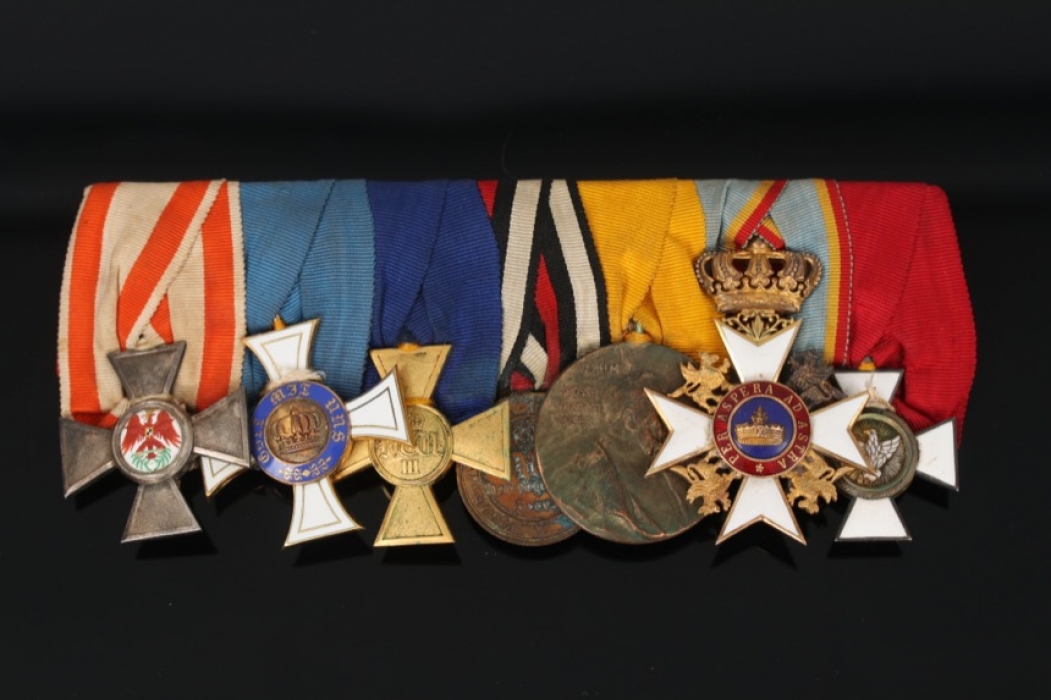 Medal bar from Lieutenant Colonel Dietrich Freiherr von und zu Weichs an der Glonn. He was born on July 1, 1850, and served for most of his career as an officer with the Husars. One of his posts was in Wandsbeck with the Husar Regiment 15. He progressed to become the "Horse Pre-Sampling Commissioner" in Altona. His last rank was Lieutenant Colonel as he segwayed into retirement in 1907.

The medal bar in in fantastic condition and features the red felt backing with full needle system. 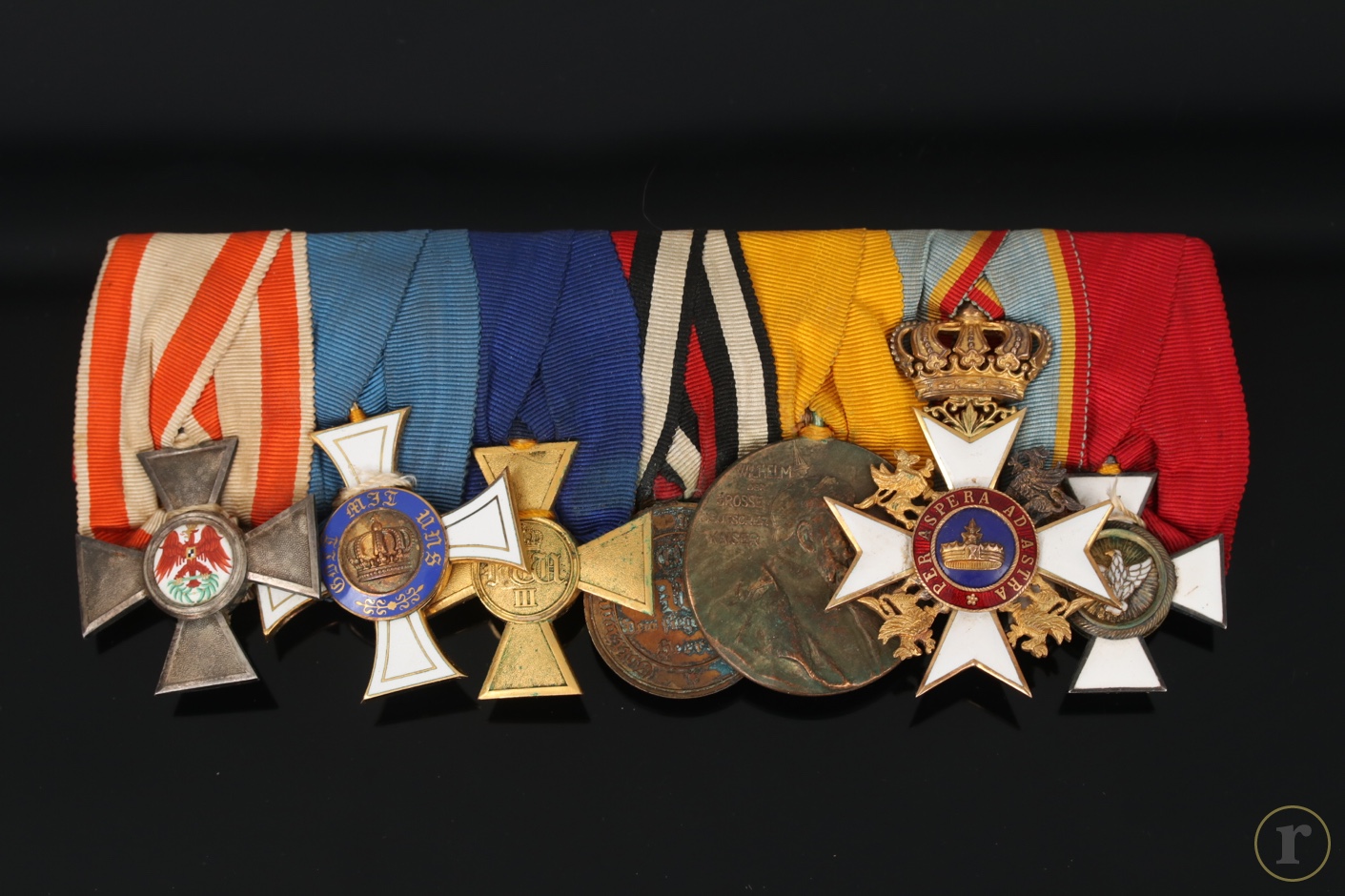 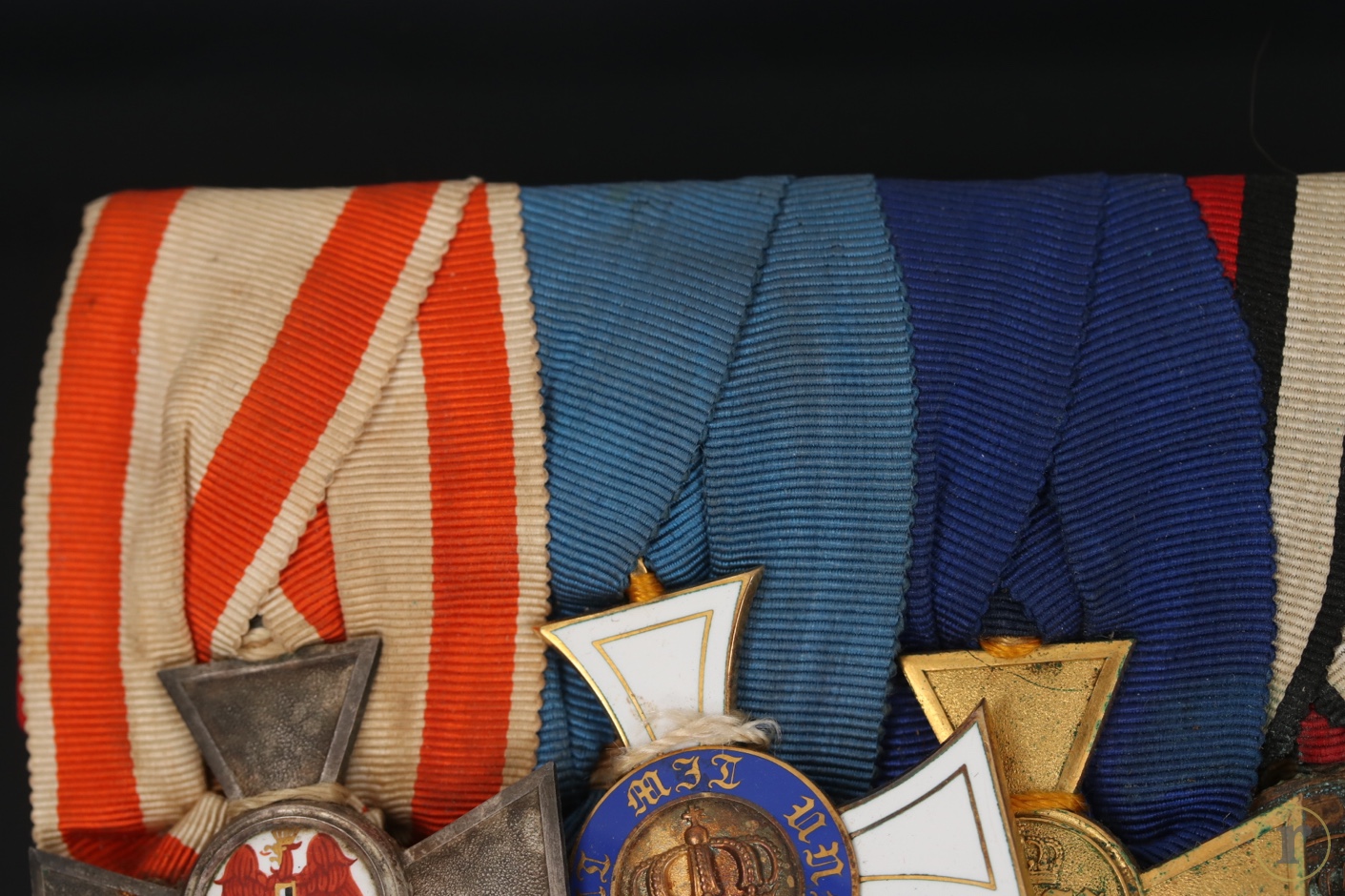 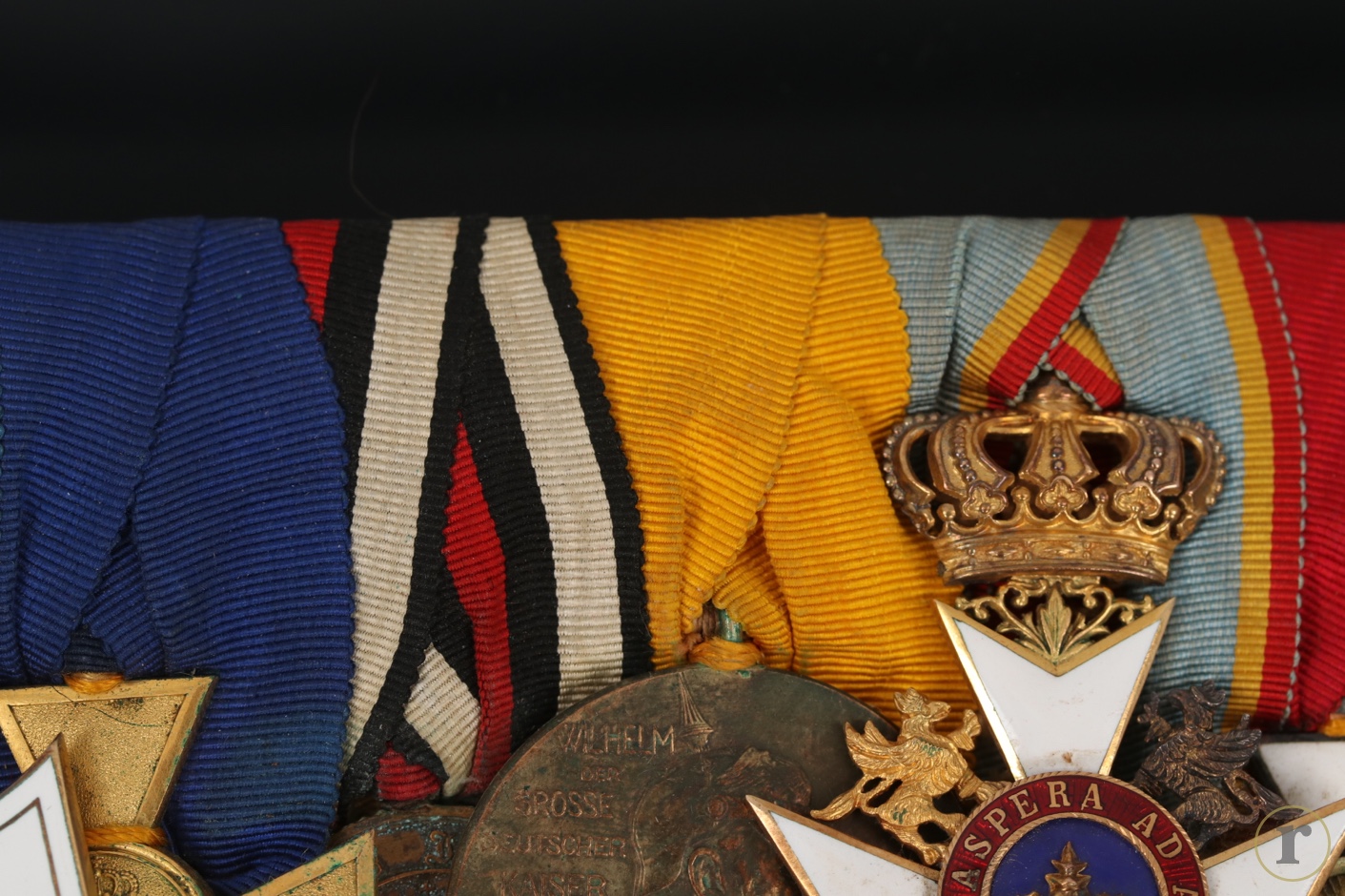 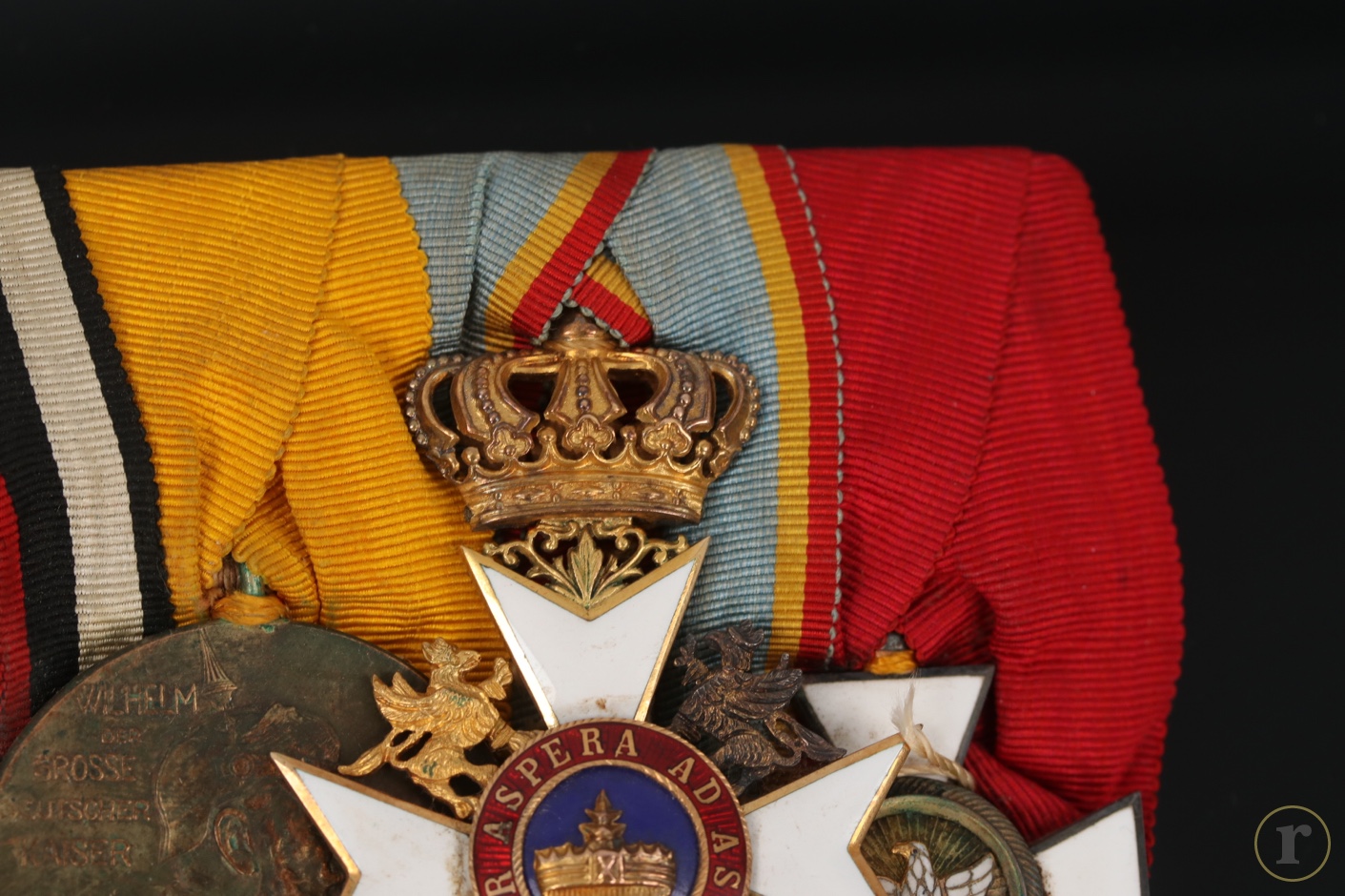 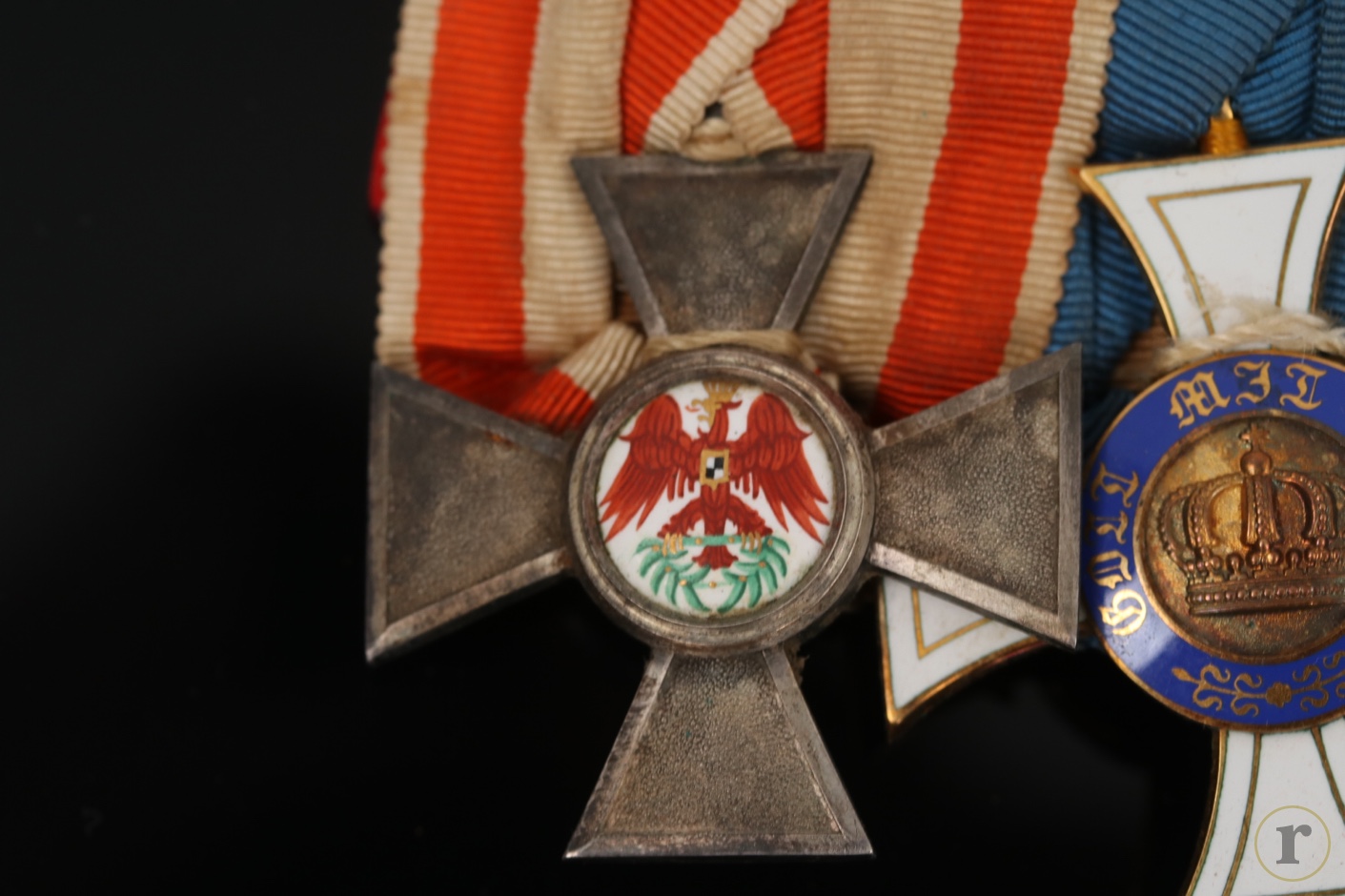 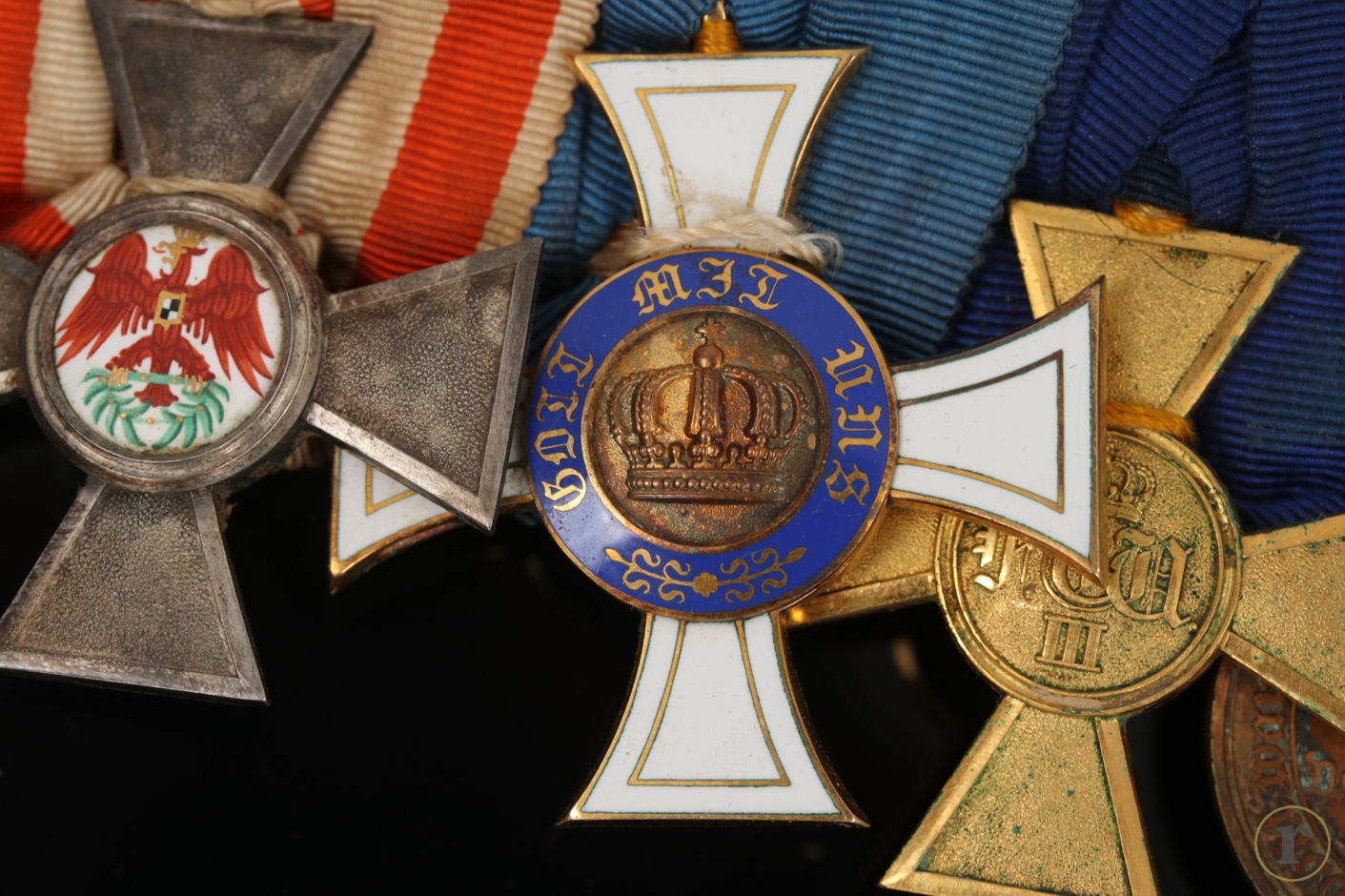 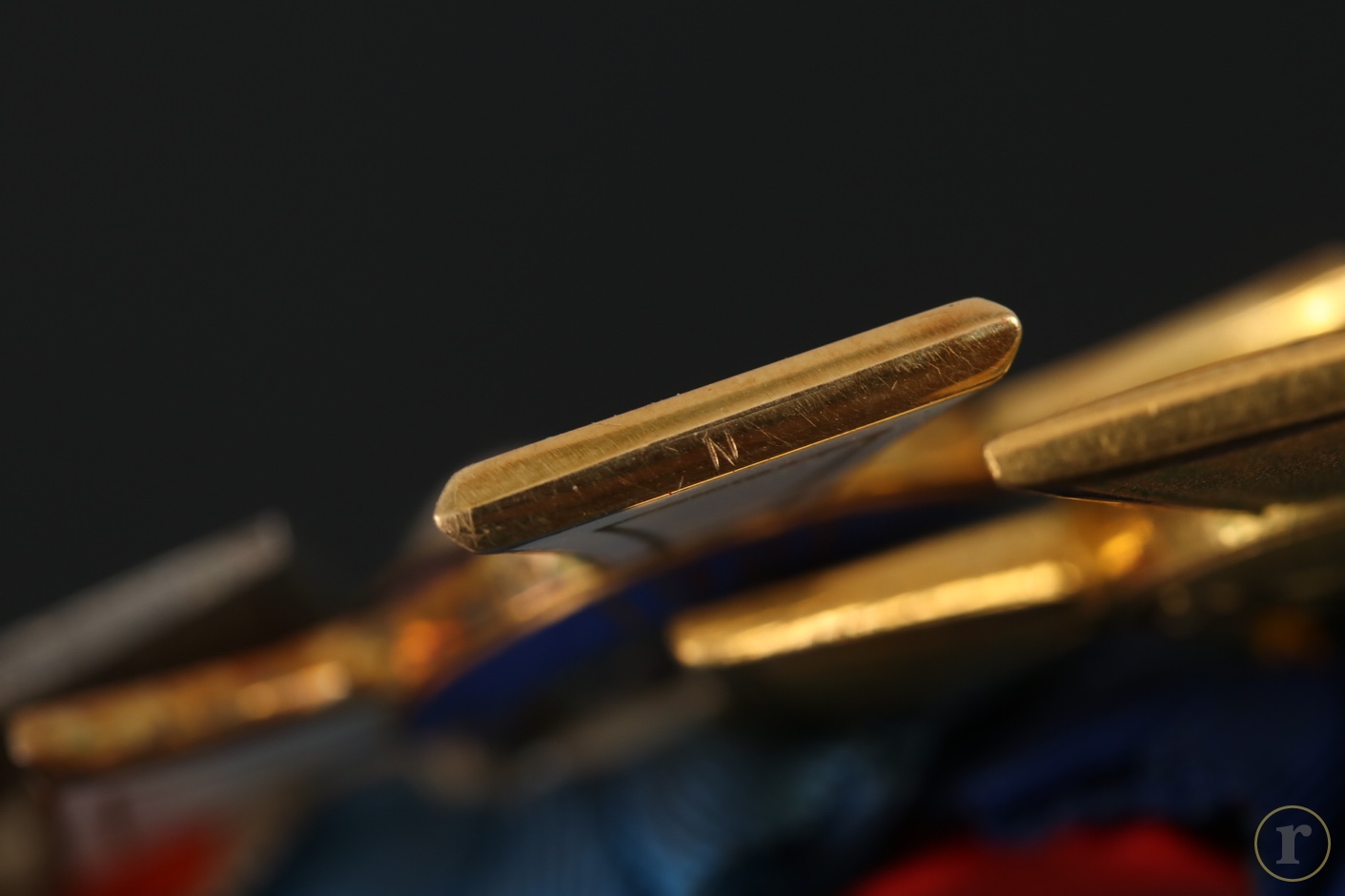 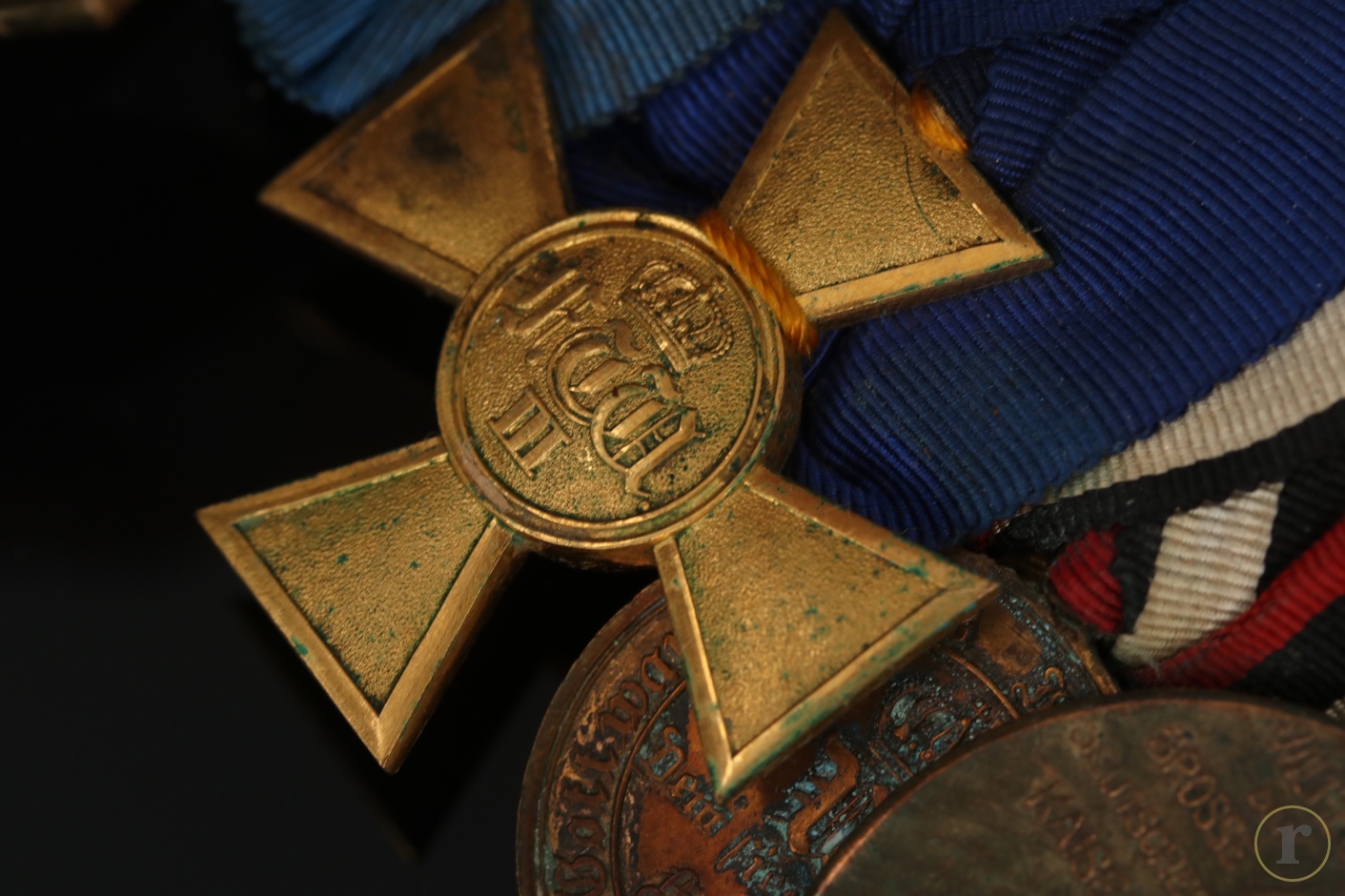 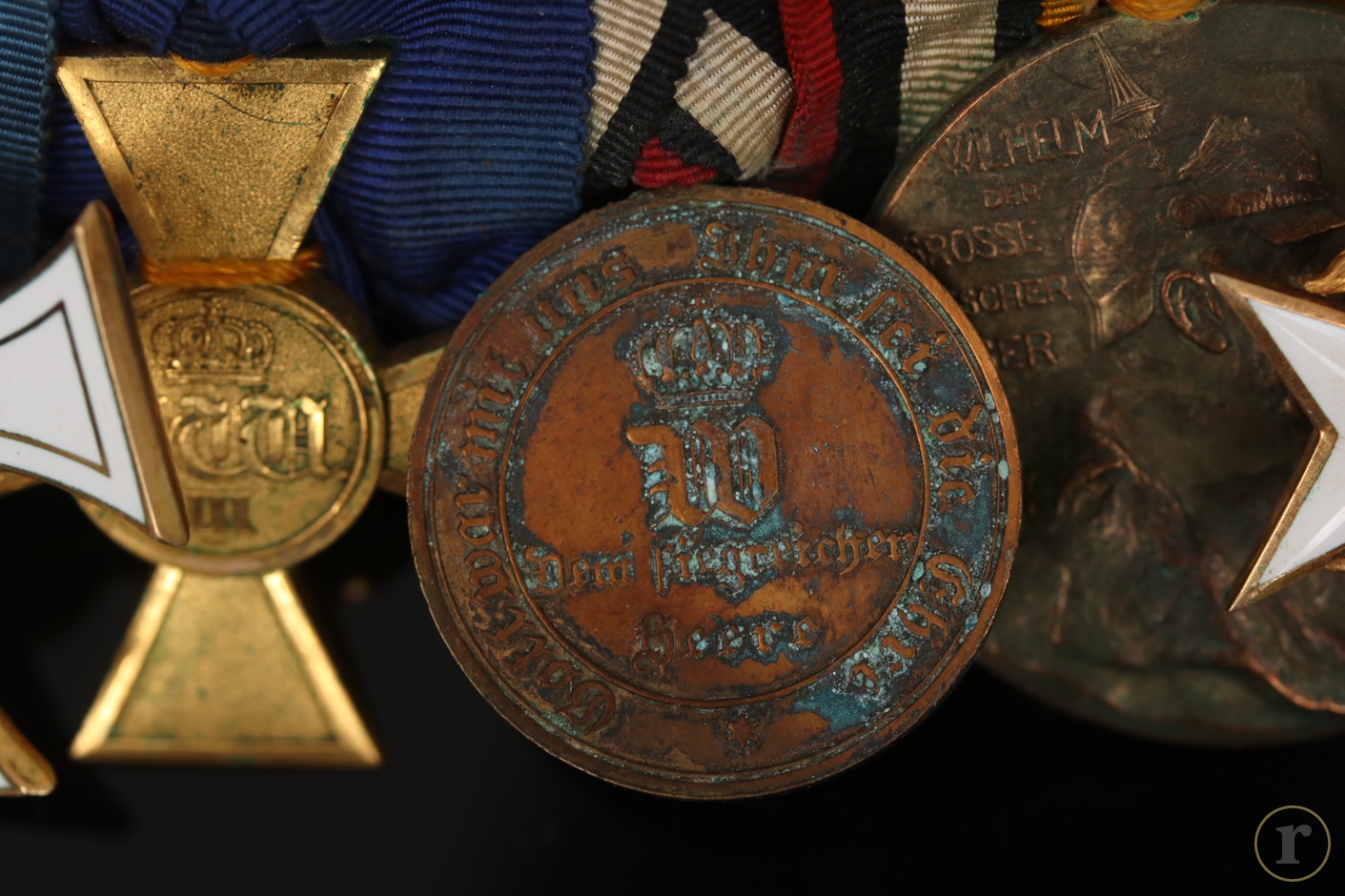 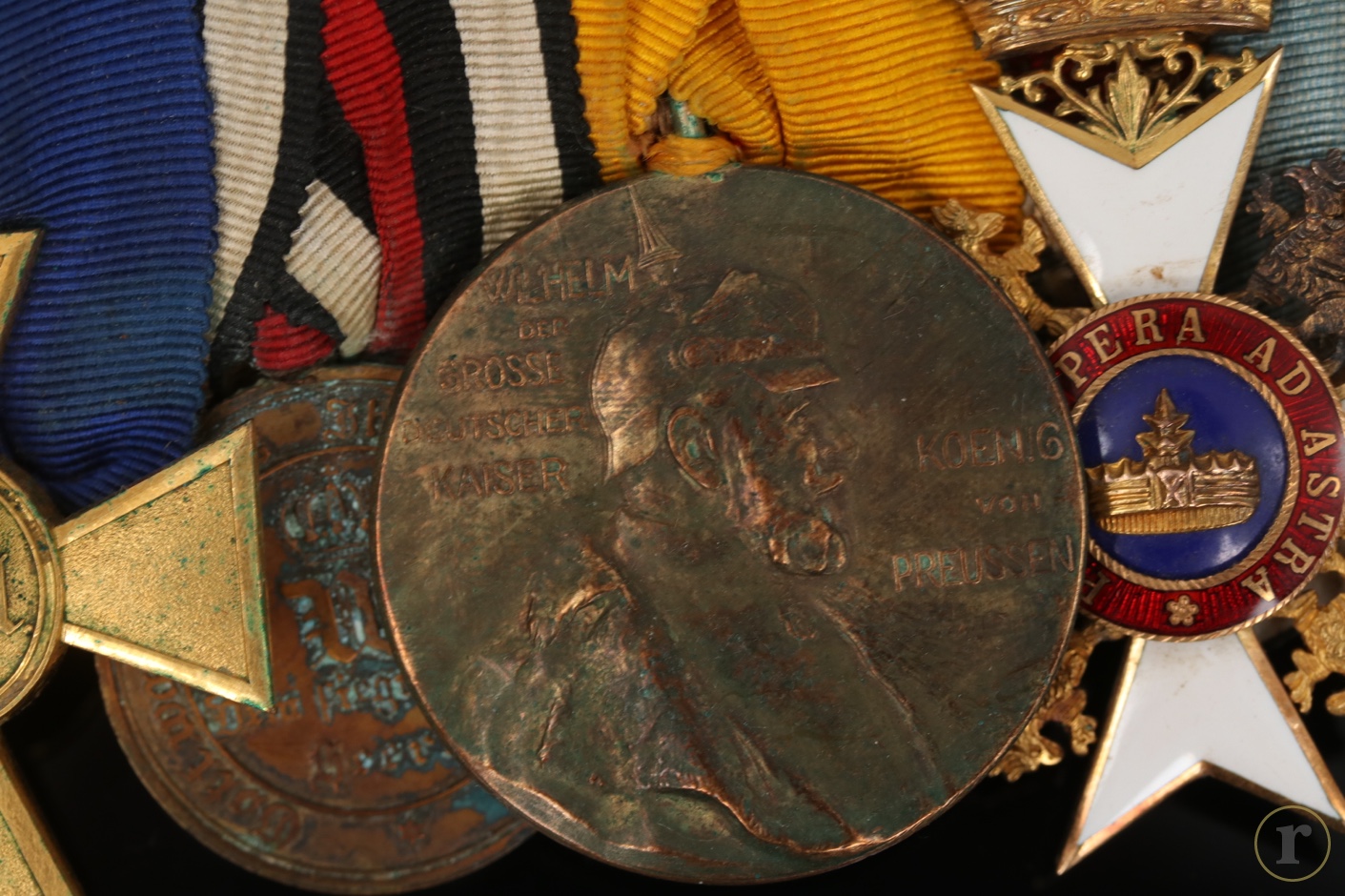 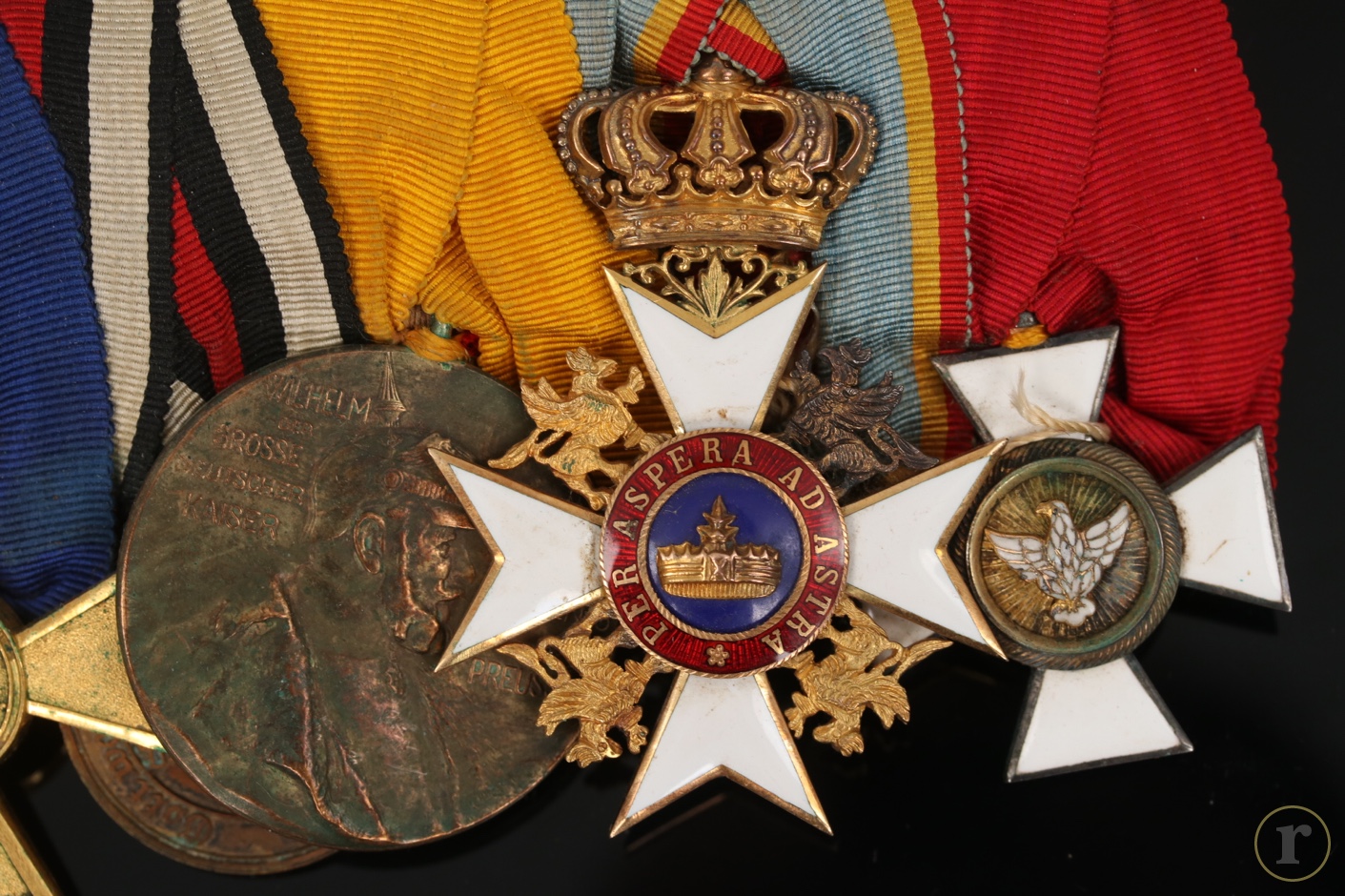 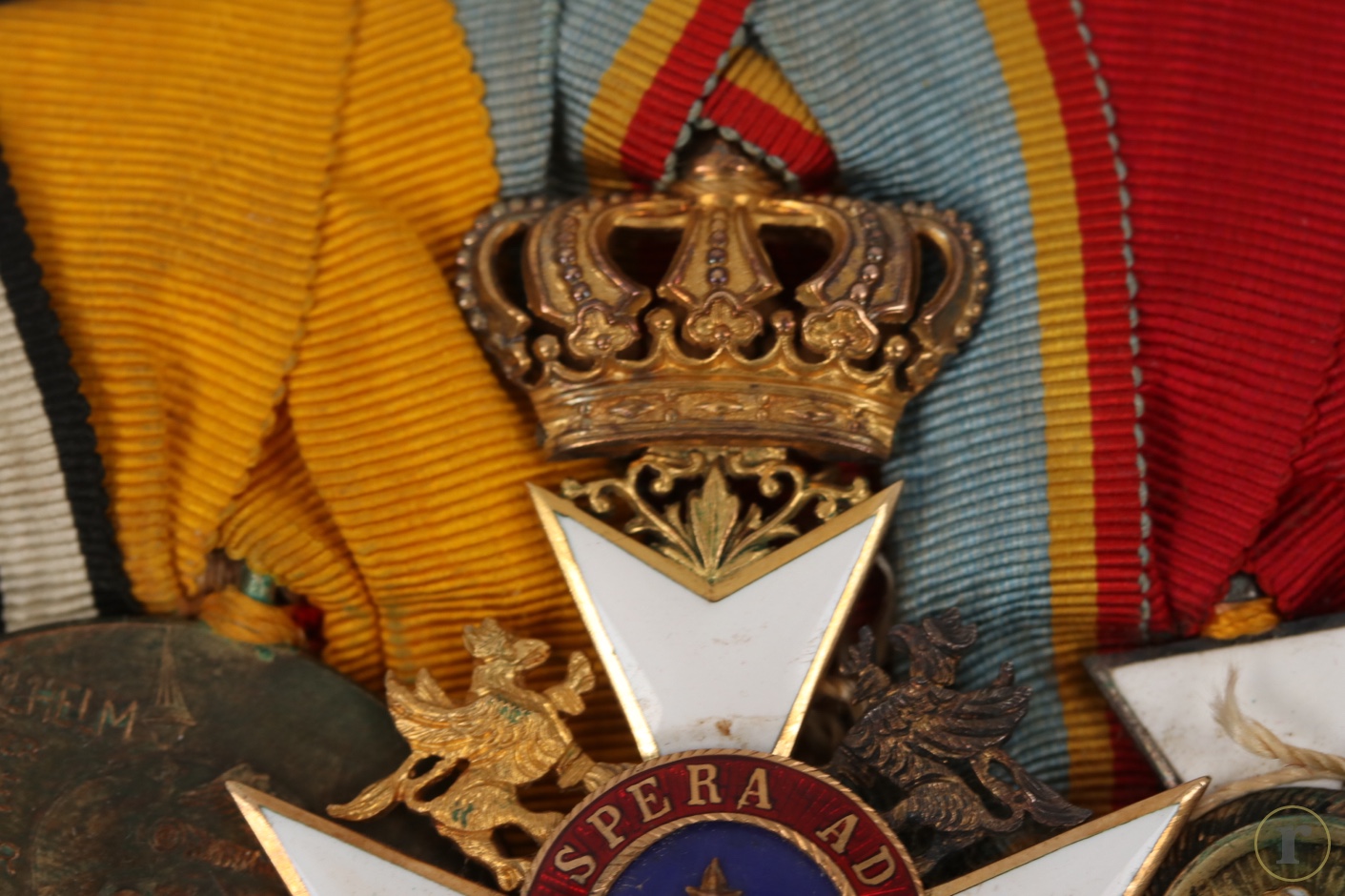 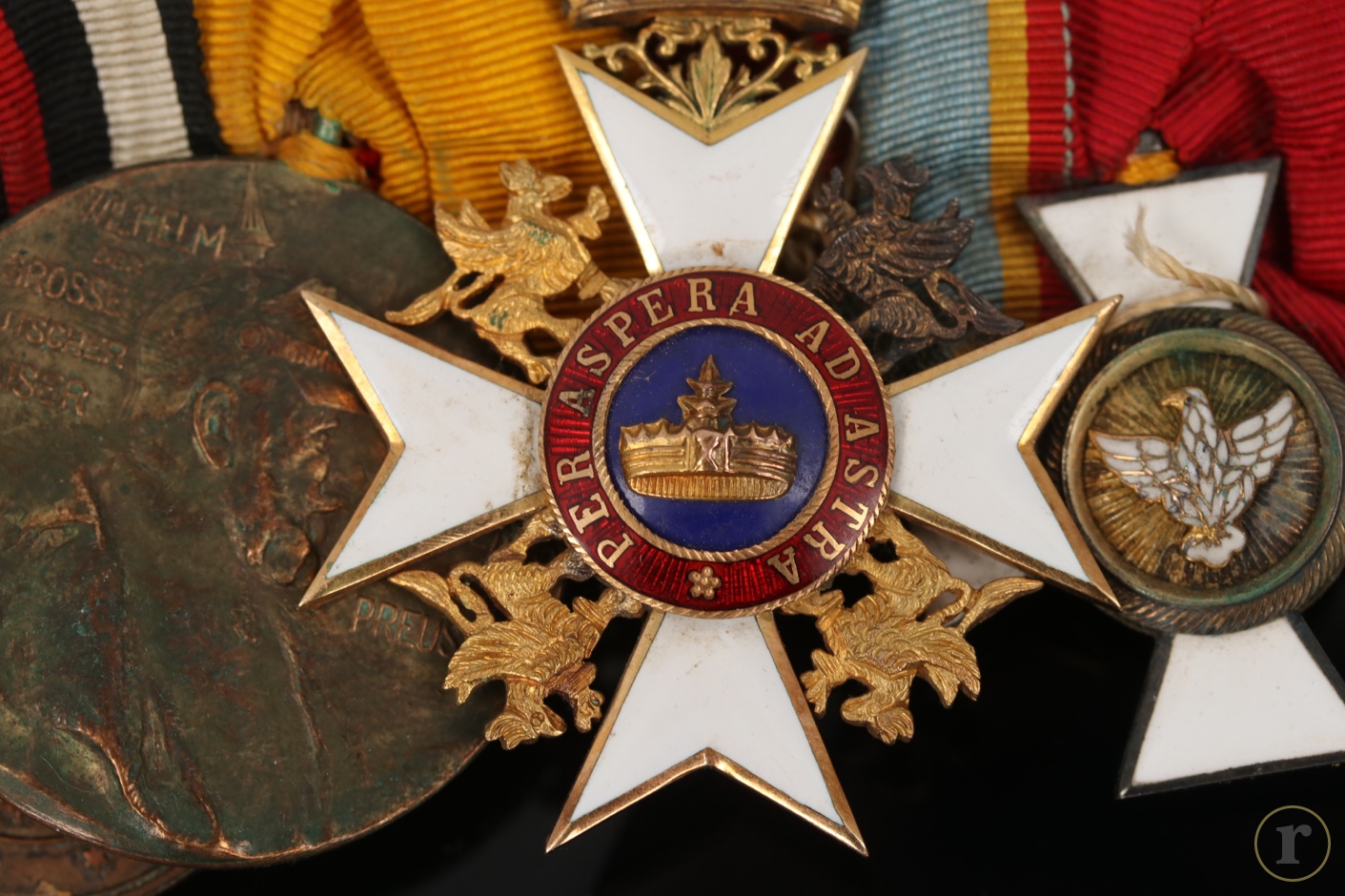 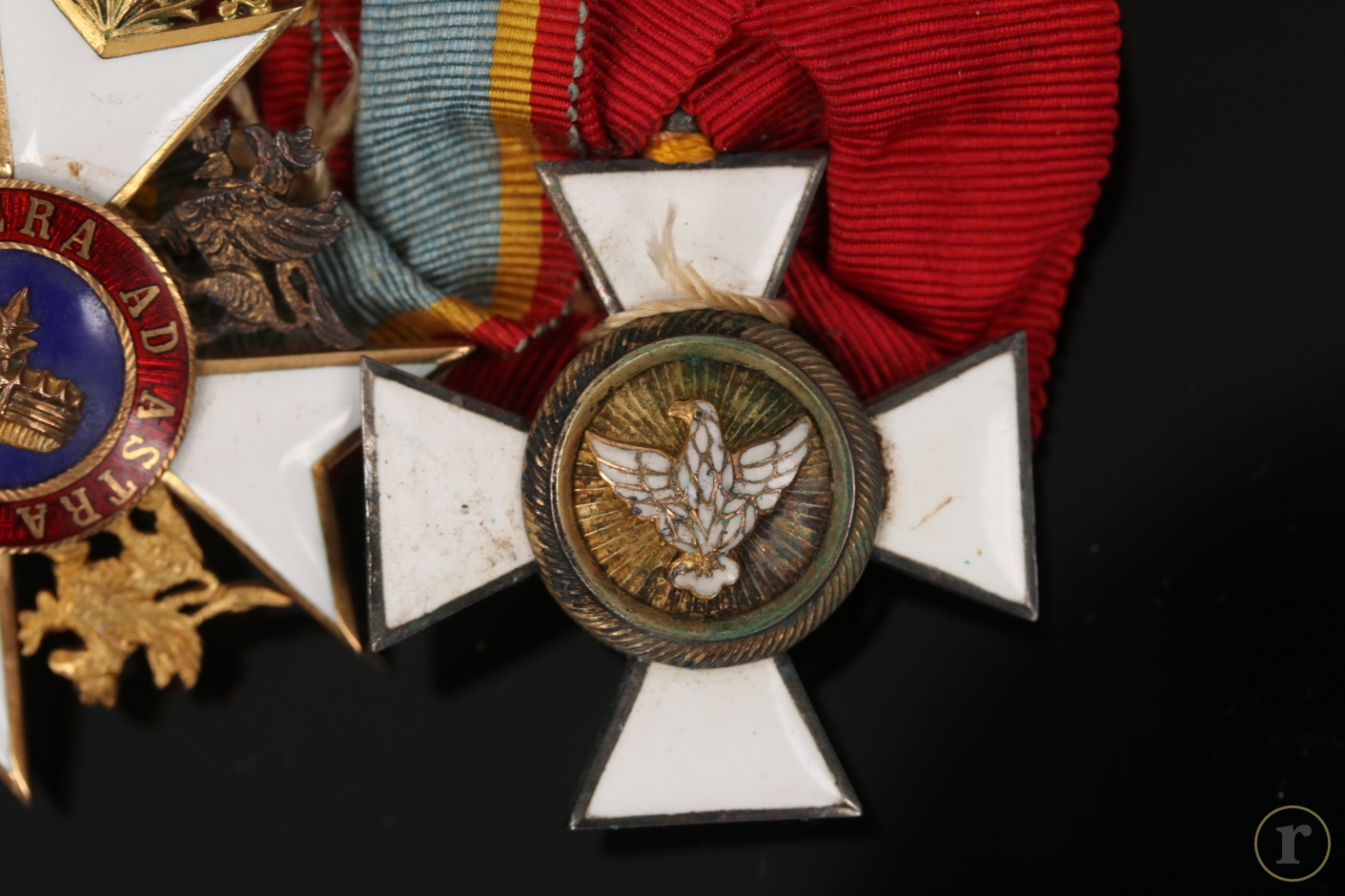 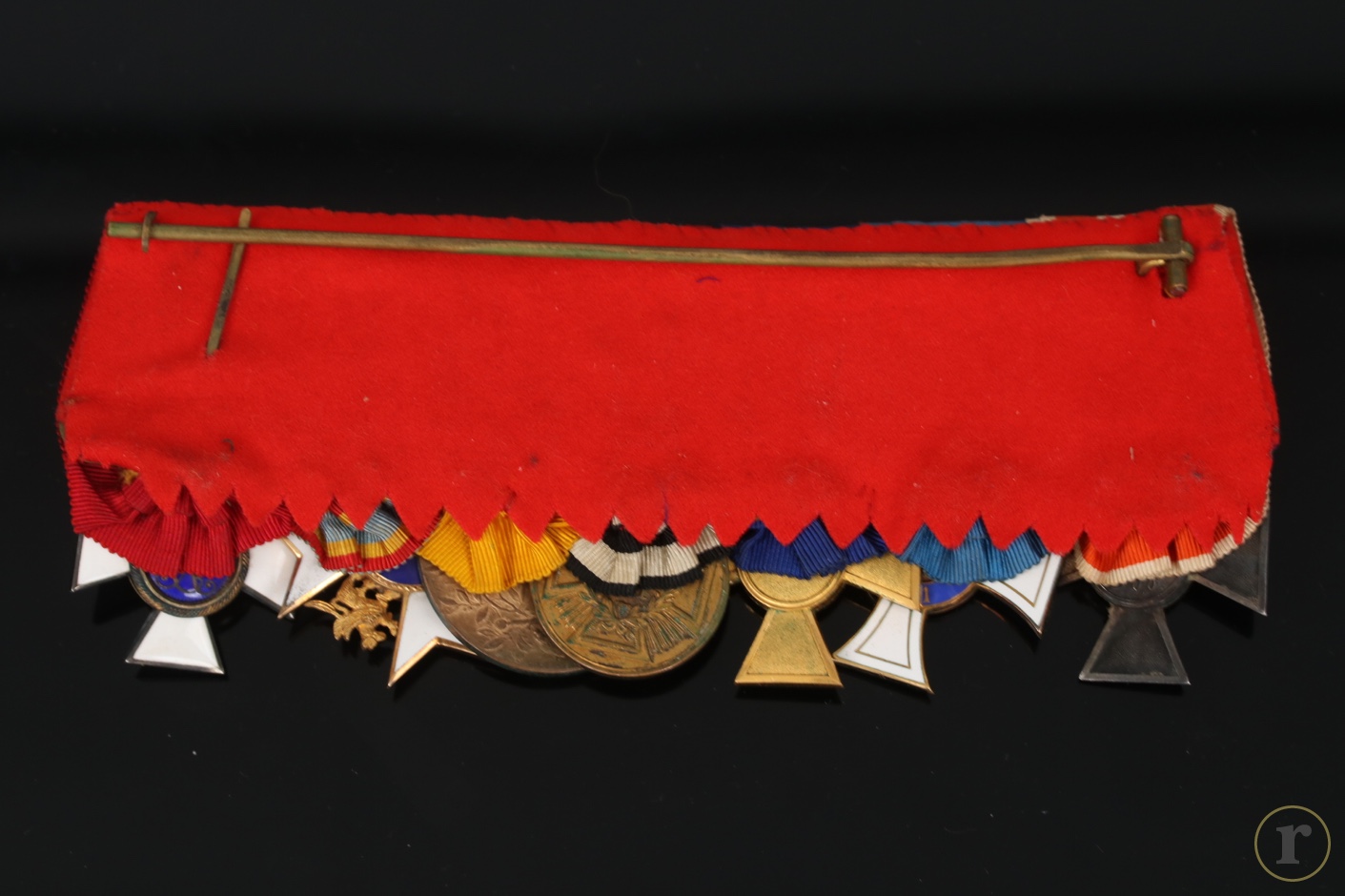 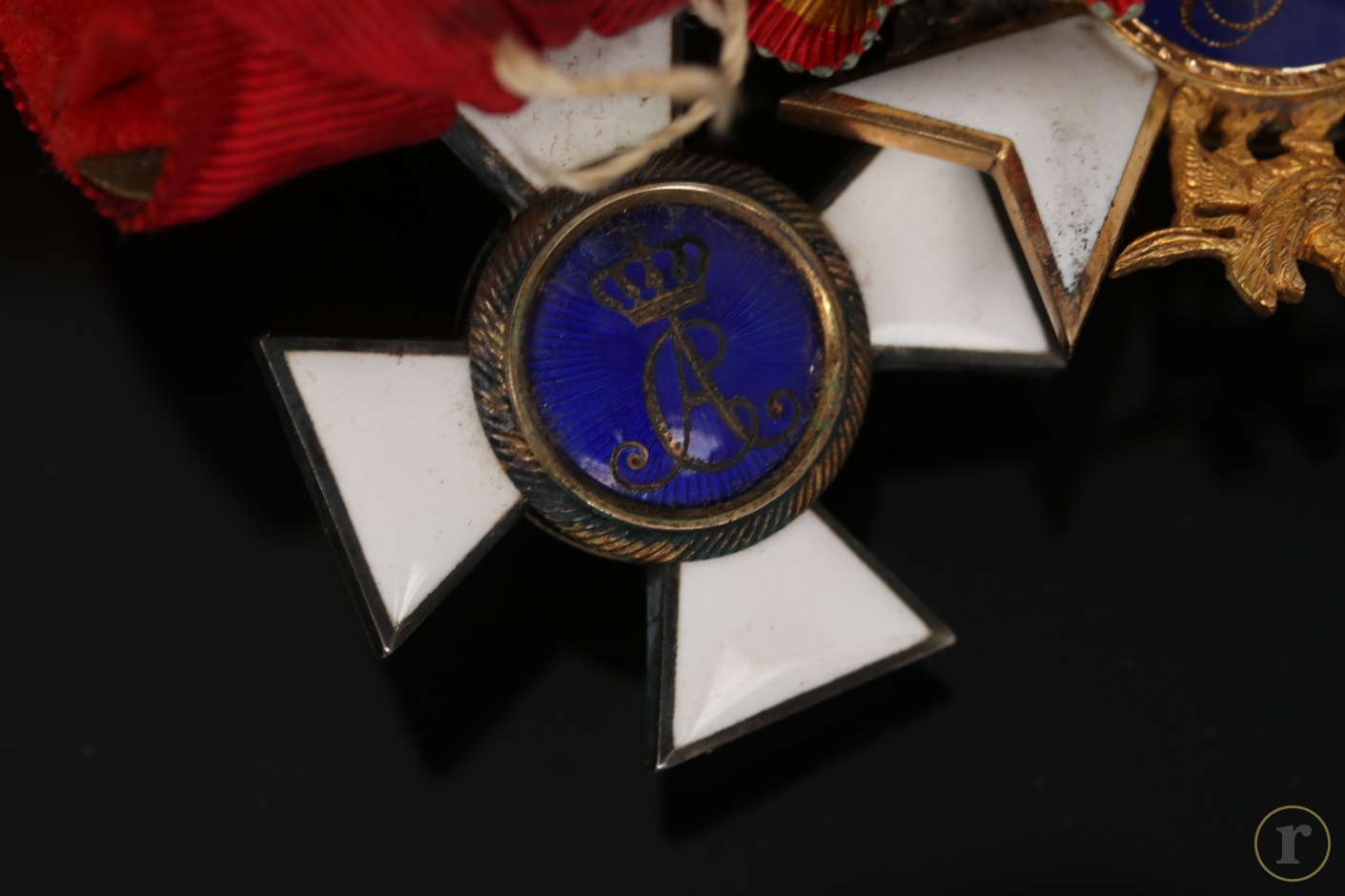 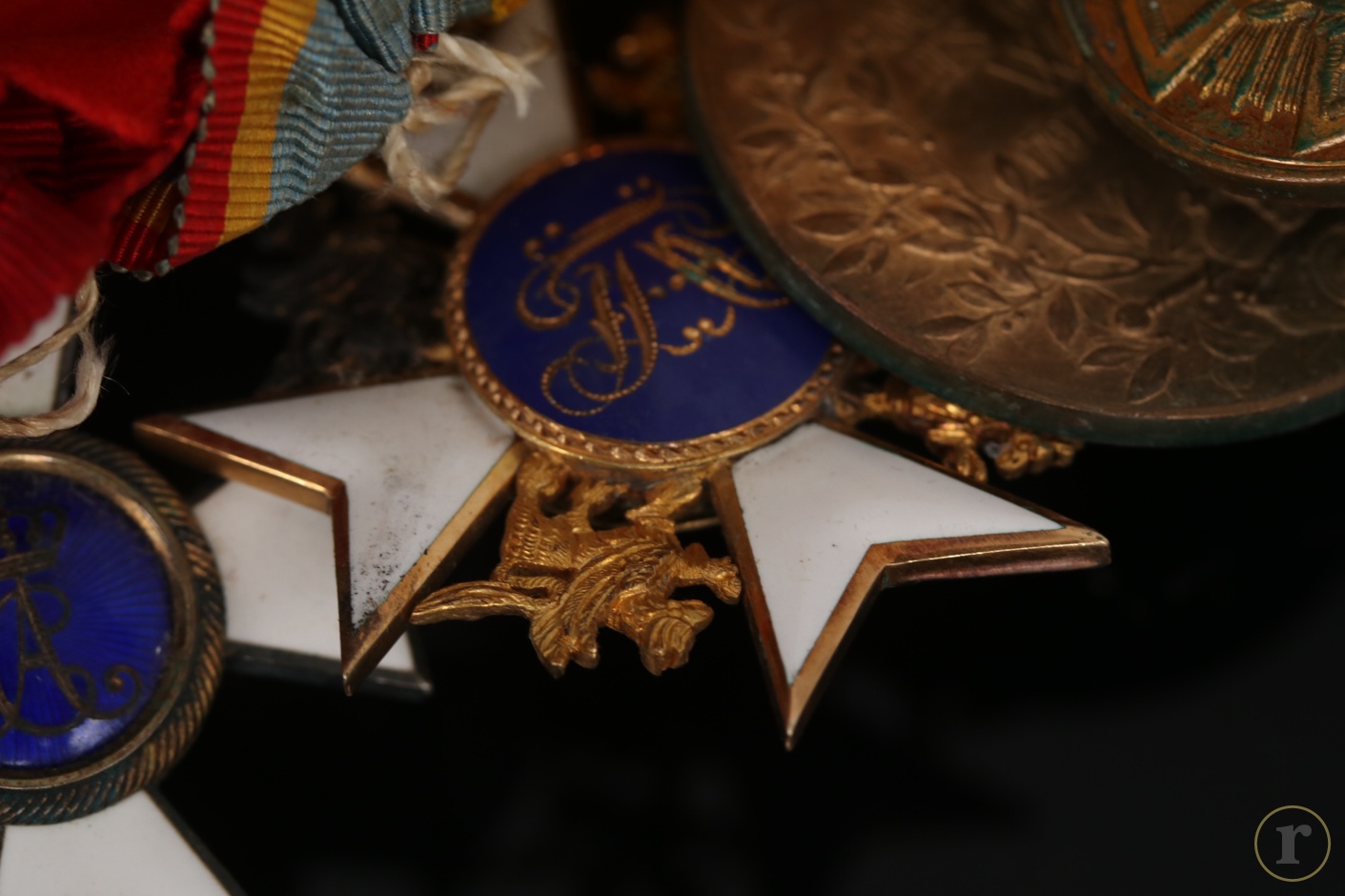 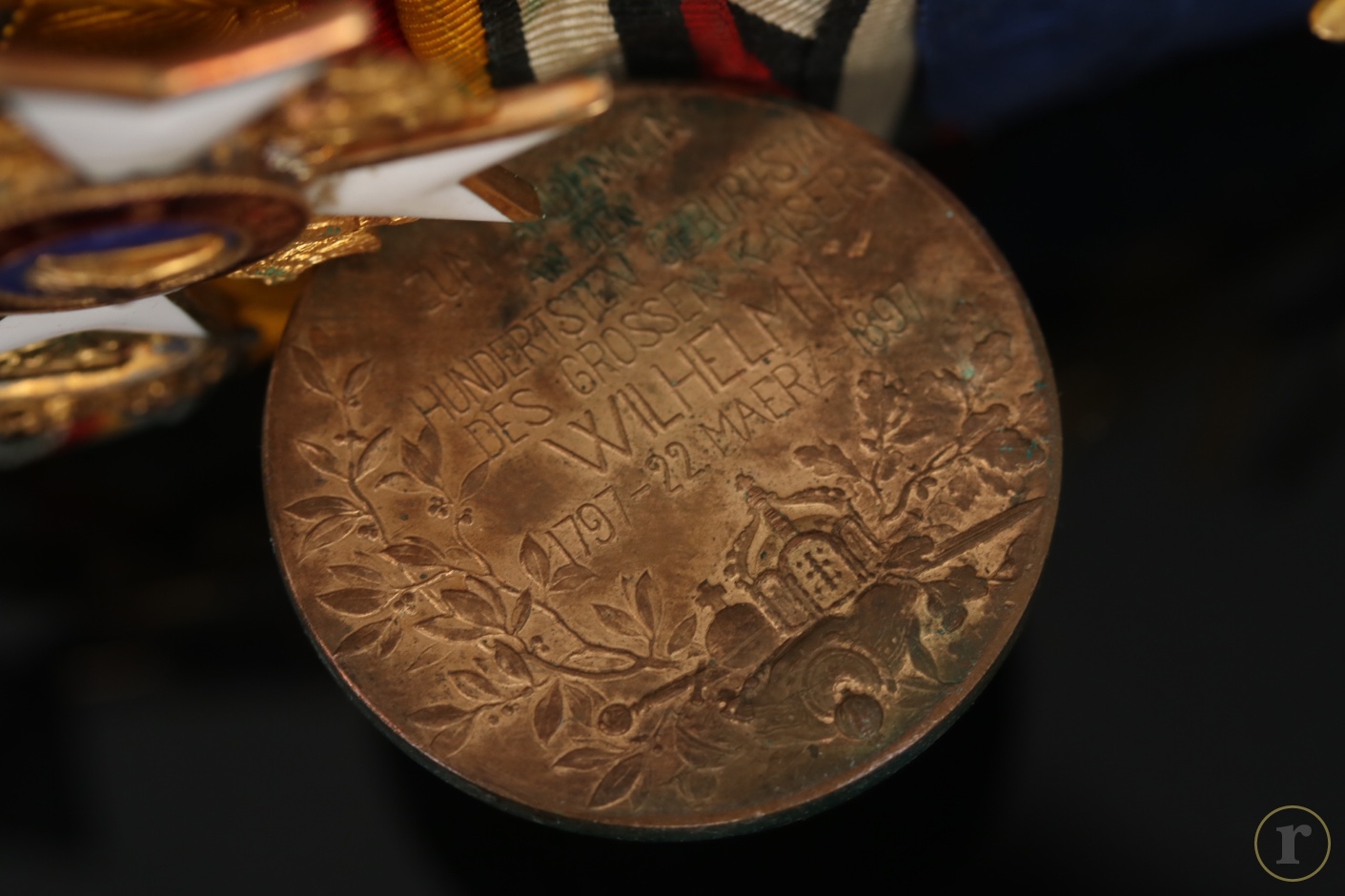 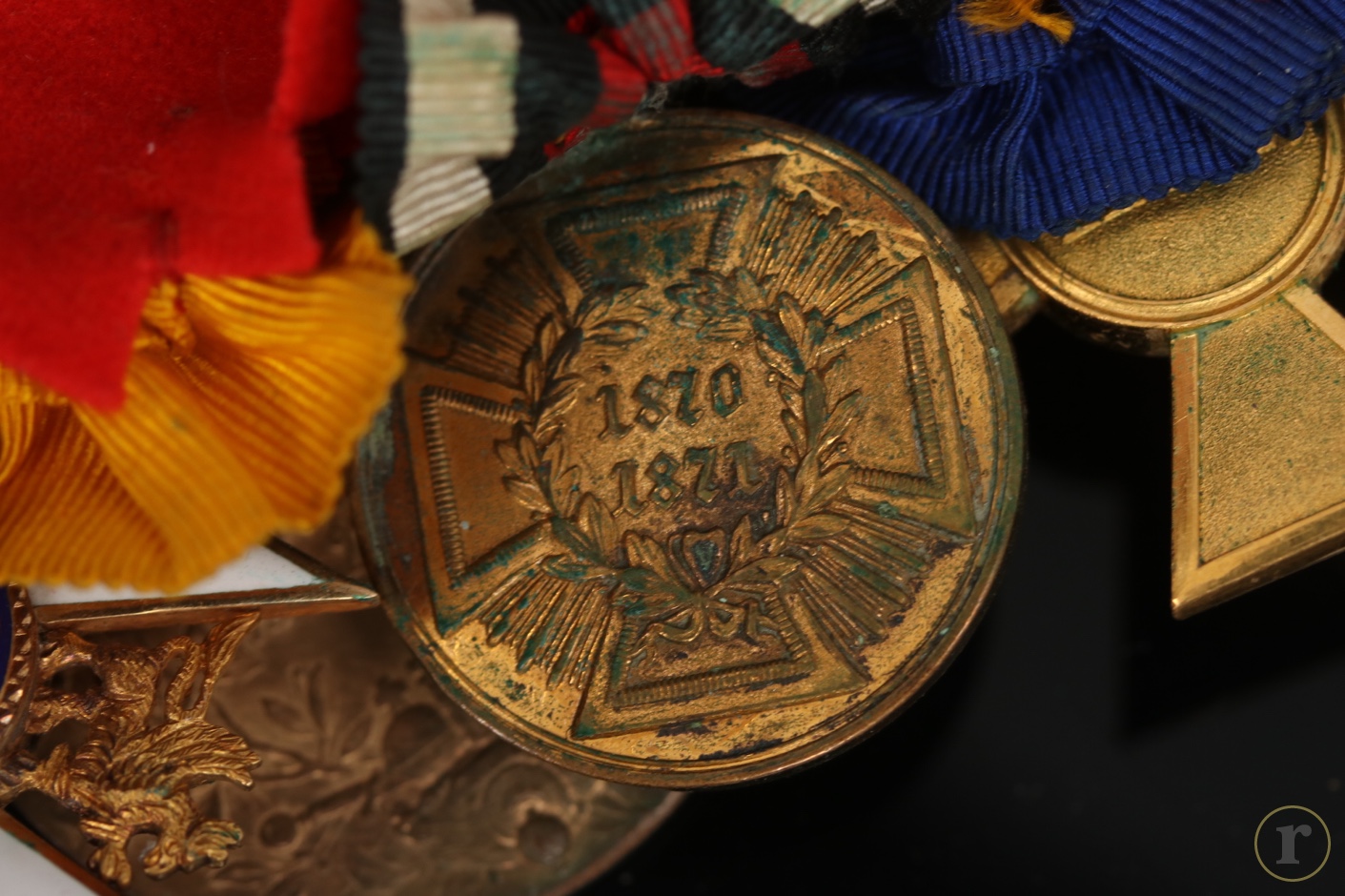 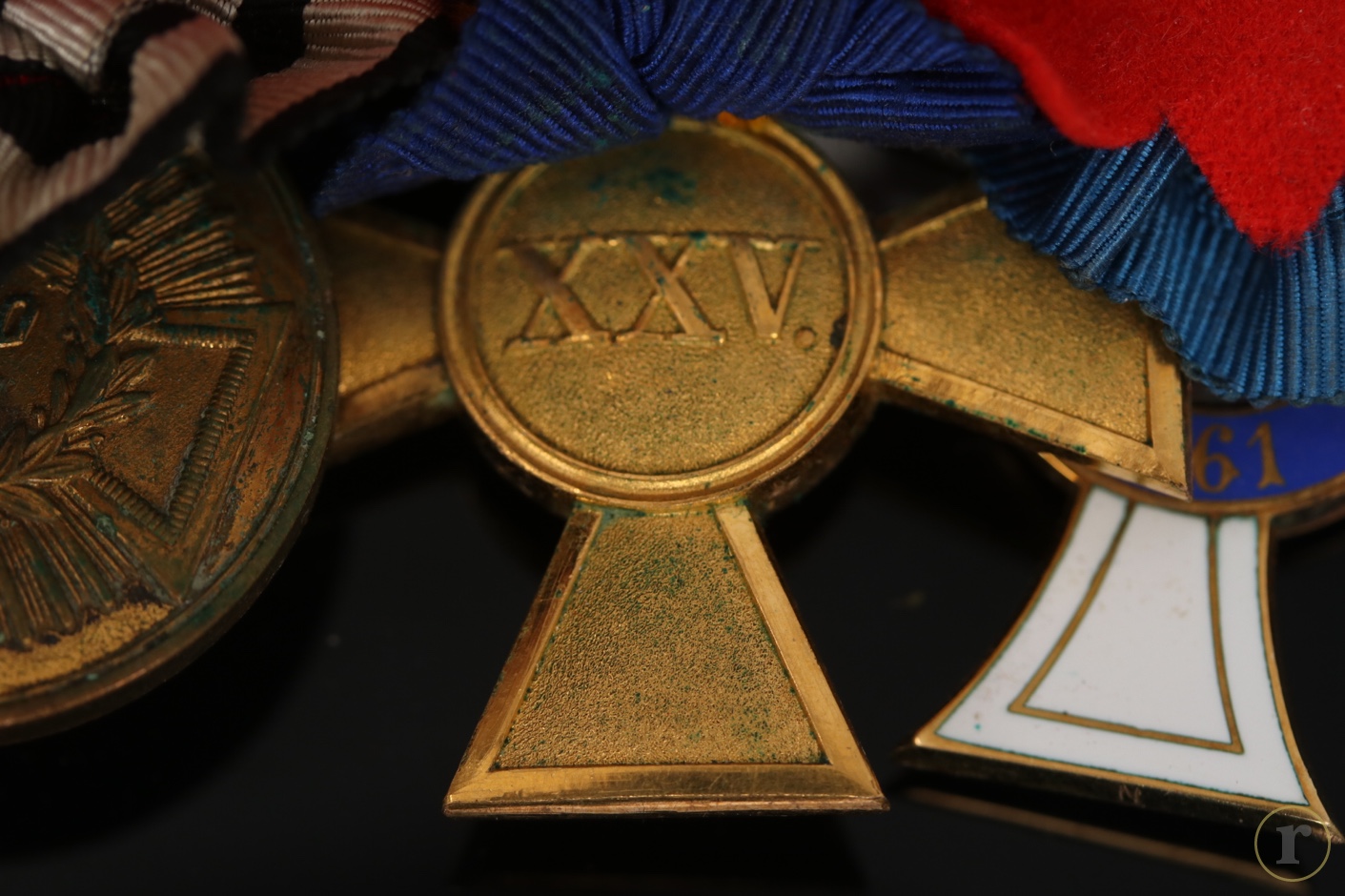 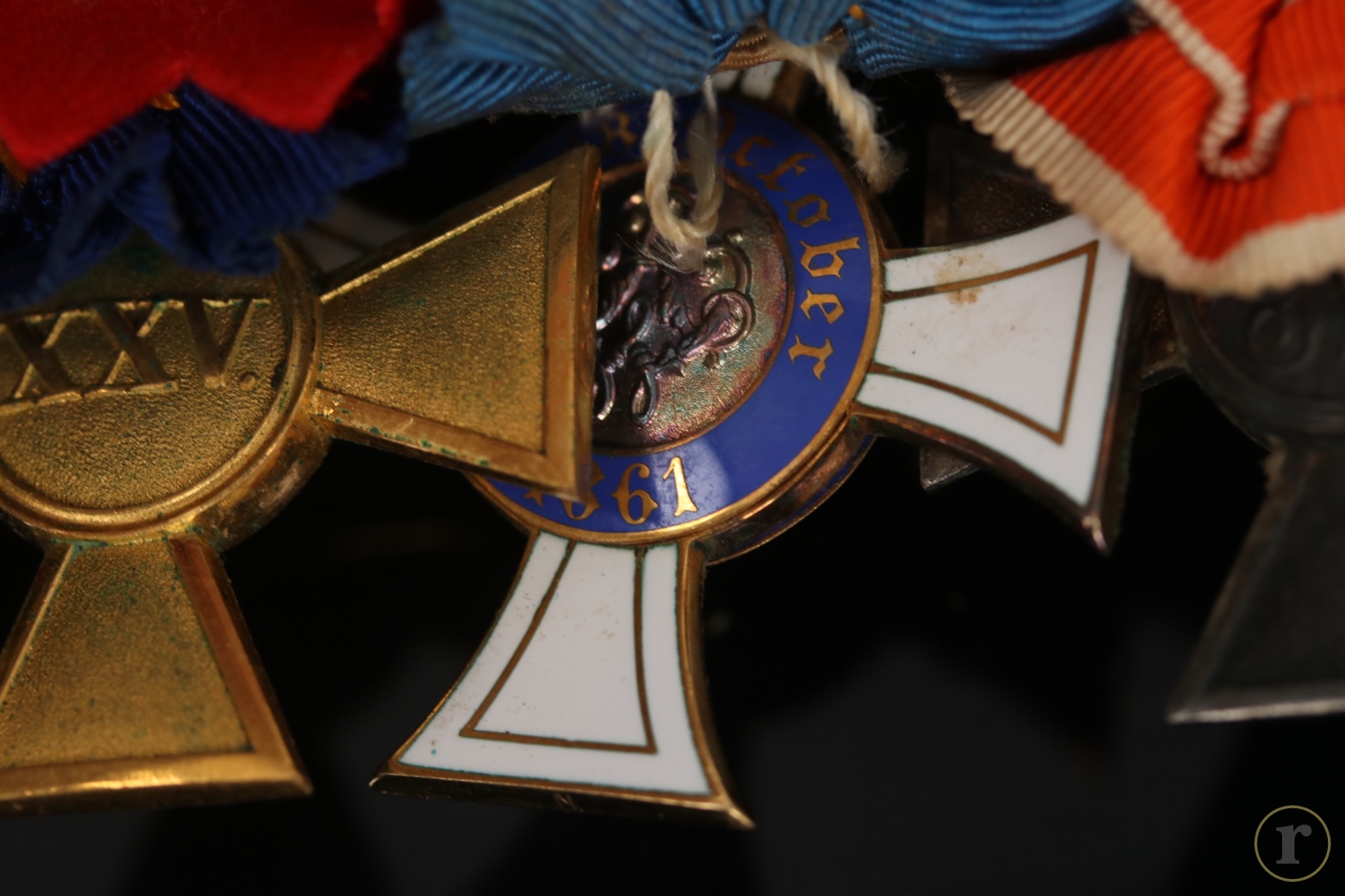 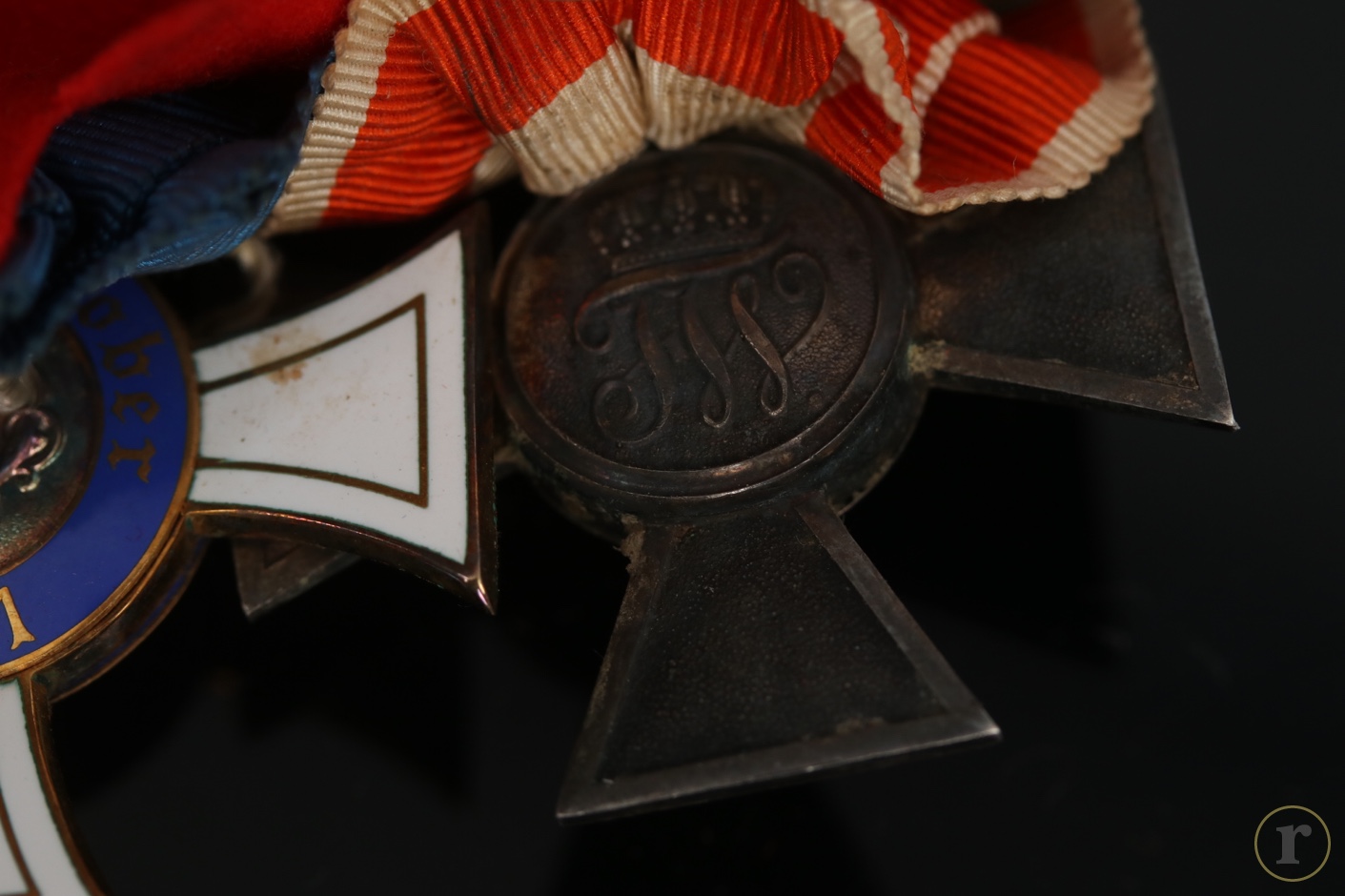 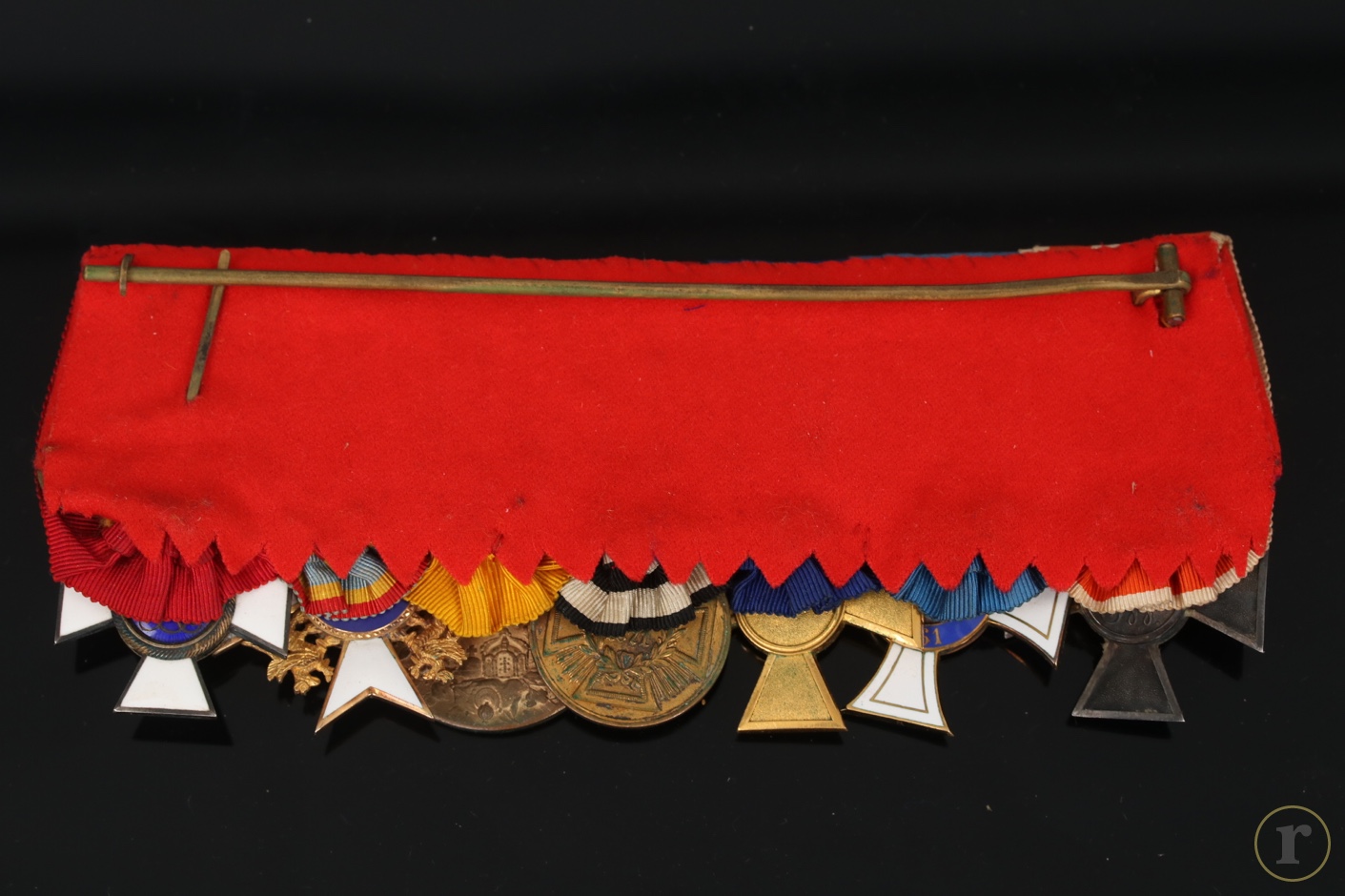 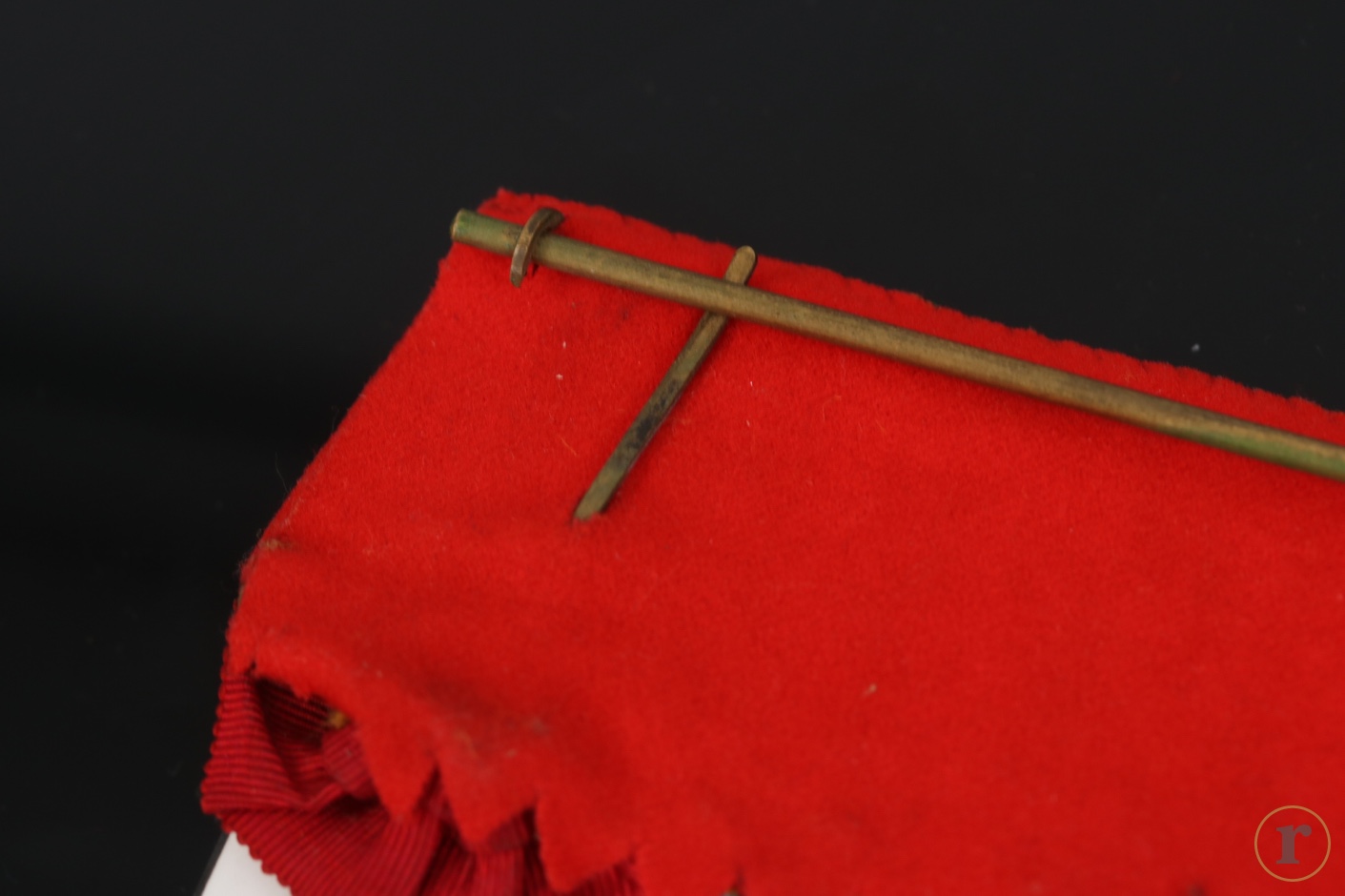 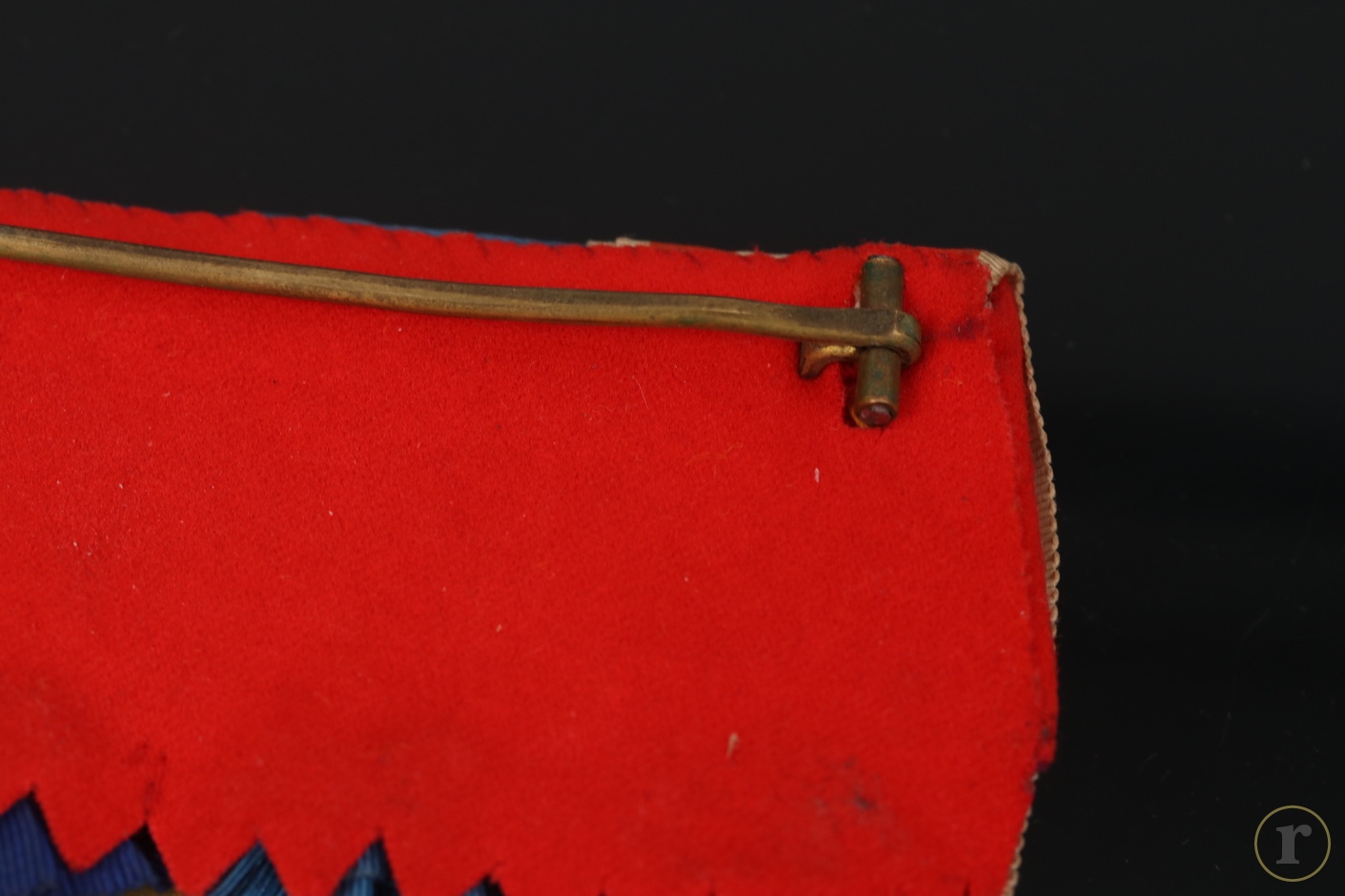 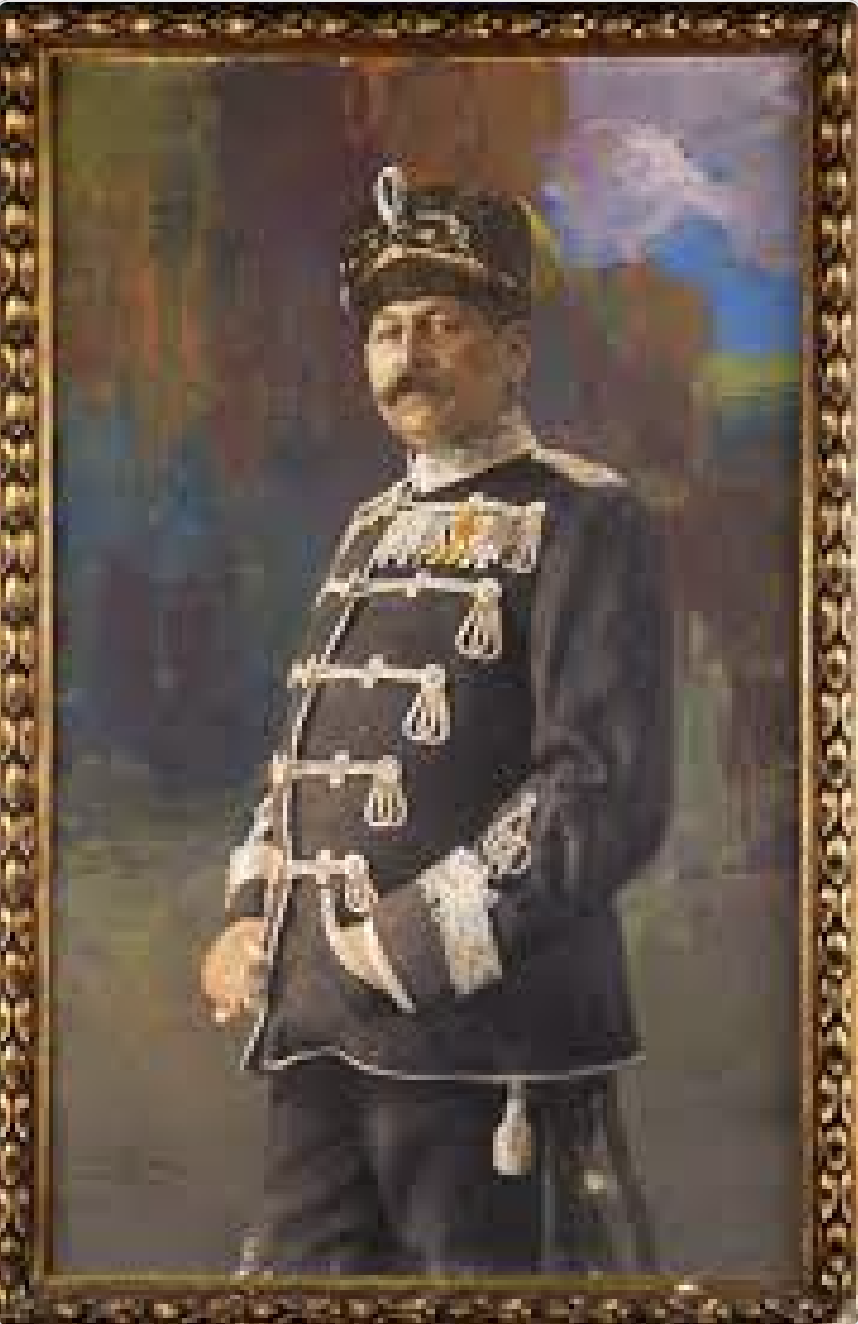