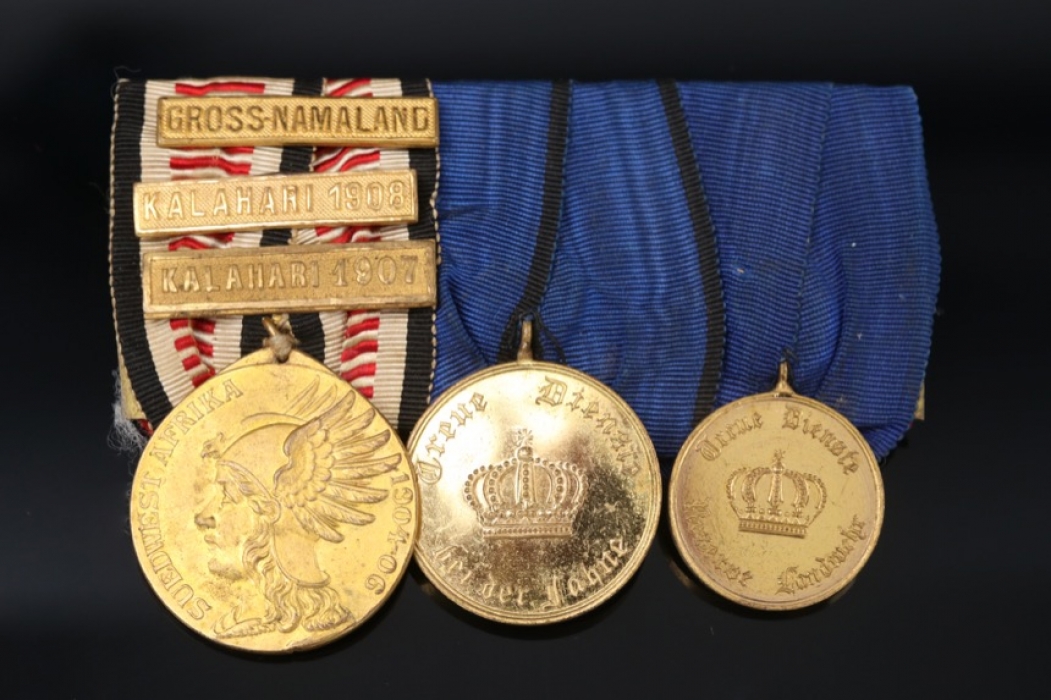 The “Gross-Namaland” bar was awarded for all events during October 27, 1904 to December 31, 1906 as well as the timeframe from December 18 to 26, 1908, taking part in the southern part of SWA during combat against the Hottentotten tribe.

The “Kalahari 1907” bar was only award to British troops in conjunction of the events around the end of Jacob Morenga life. German and British troops, specifically the “S”-Squadron of the Cape Colony’s mounted police force of the under the command of Major F.A.H. Elliot, worked here together. The Governor (!) of South-West-Africa awarded the men involved the SWA Commemorative Medal and bar “Kalahari 1907”. Since the events took place on British territory the German participants were not eligible to receive this extremely rare bar. Only 105 medals and 92 bars were sent to officials of the Cape Colony. The bars were made by the Windhuk company, Richter & Nolle, and differ in design and its assembly from the common SWA bars. While the German bars commonly have flat wire prongs on the reverse to be attached to medal bars, the version send to the allies were manufactured in the British style to be slit onto their tradiinal ribbon mount. The bar here resembles the Richter & Nolle design but is affixed to the bar with prongs.

The “Kalahari 1908” bar was issued for the events in 1908, mainly for trying to capture the Nama leader Simon Kooper. Kooper was the last Nama leader still to fight against the Germans until 1908. German and British colonial forces finally negotiated a ceasefire, granting an annual allowance for the rest of his life in return for the cessation of all hostilities from his side. Simon Kooper received 100 £ in 1908, 75 £ in 1909 and 60 £ in the years thereafter from this agreement. He died in Lokgwabe, Botswana, on 31 January 1913. Only about 415 survivors were eligible to wear this bar.

Remarkably interesting medal bar from a veteran of the SWA colonial wars. Even though the “Kalahari 1907” bas not an eligible bar to a German citizen, it is certain that this bar is contemporary to this bar mount. Soldiers quite often attached nonofficial bars or those they felt they may have been part off.

It is possible that the former owner and recipient of this bar took part in all those events and felt compelled to wear the symbols and signs of those events proudly. 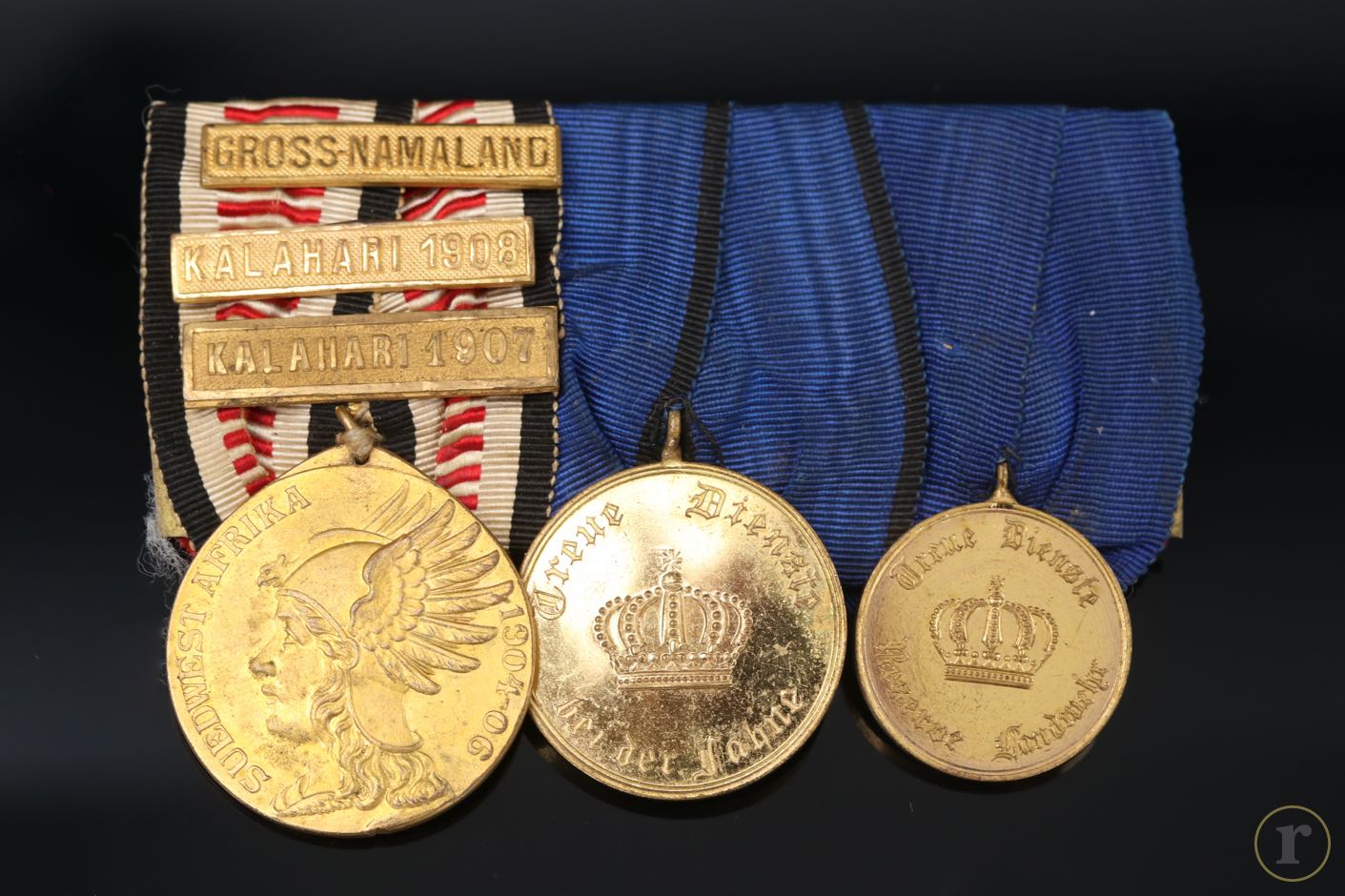 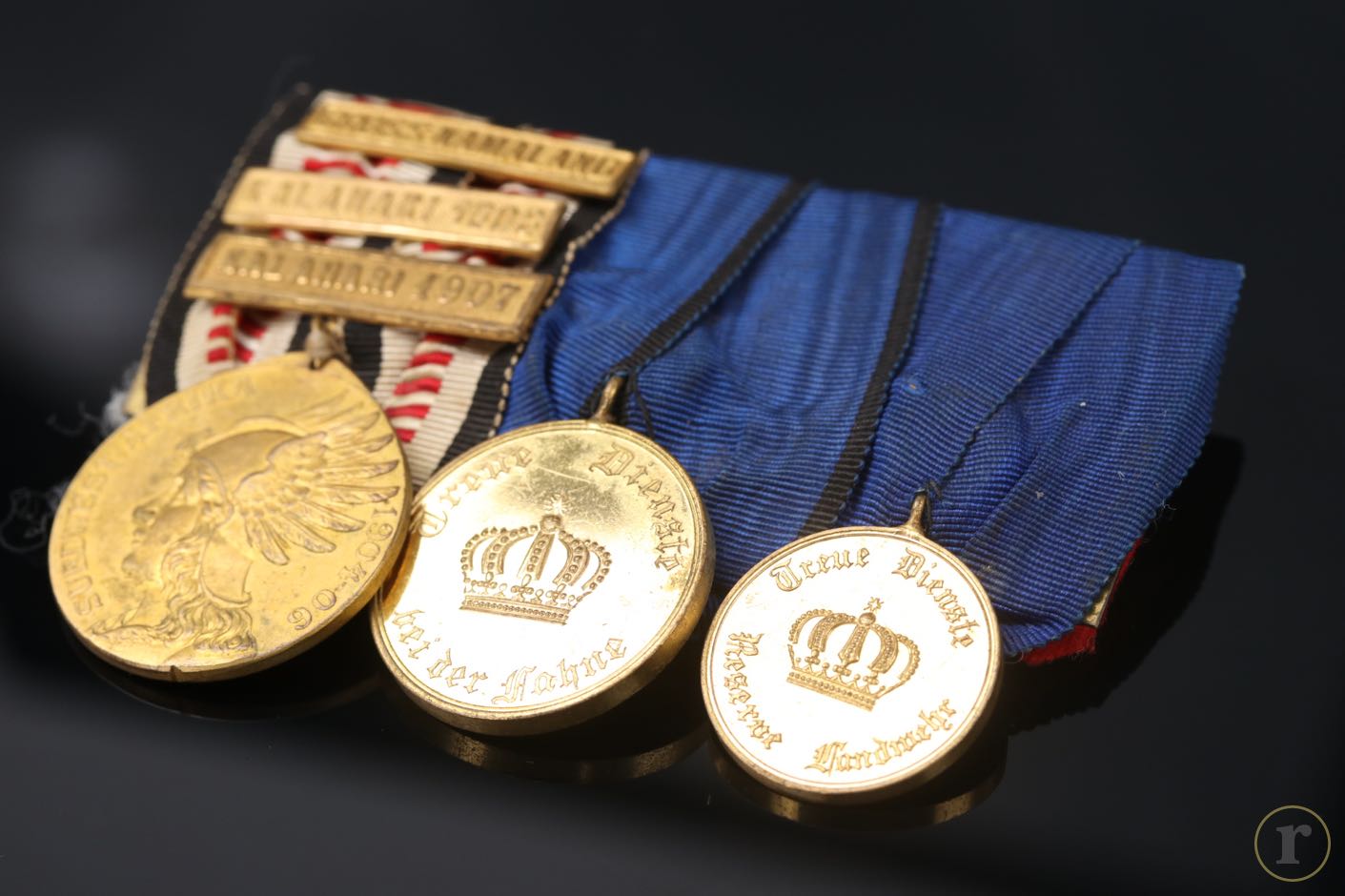 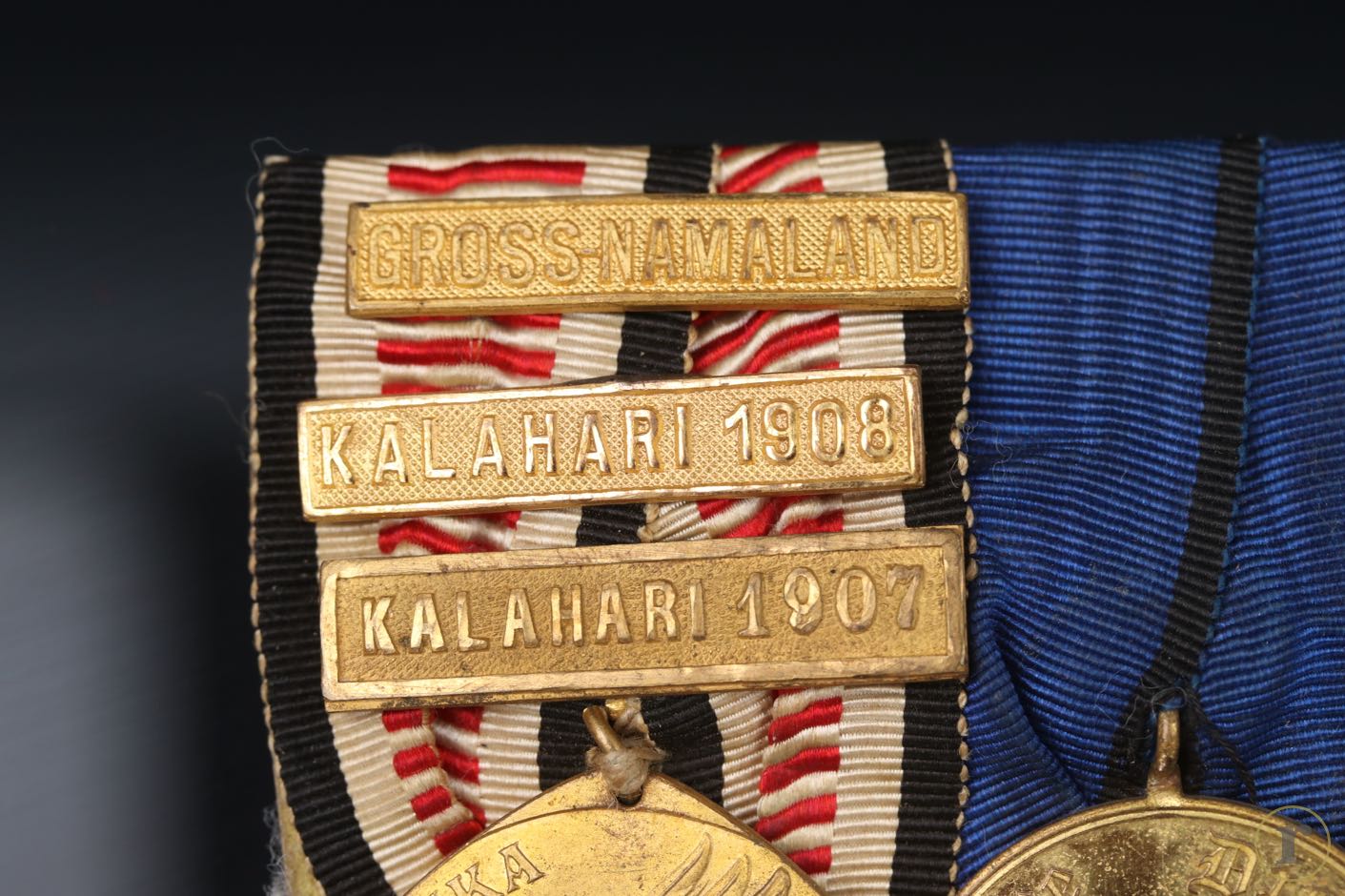 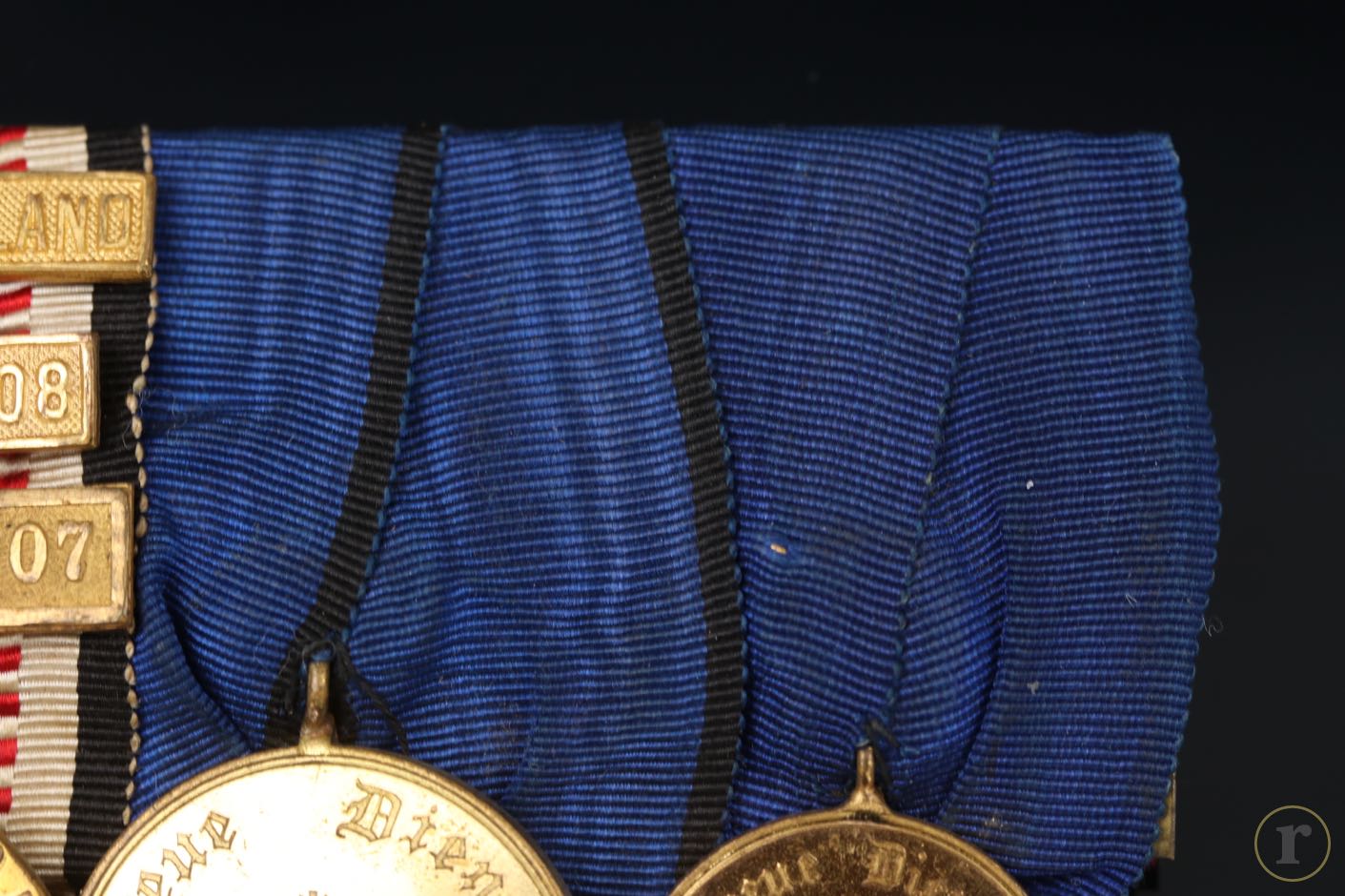 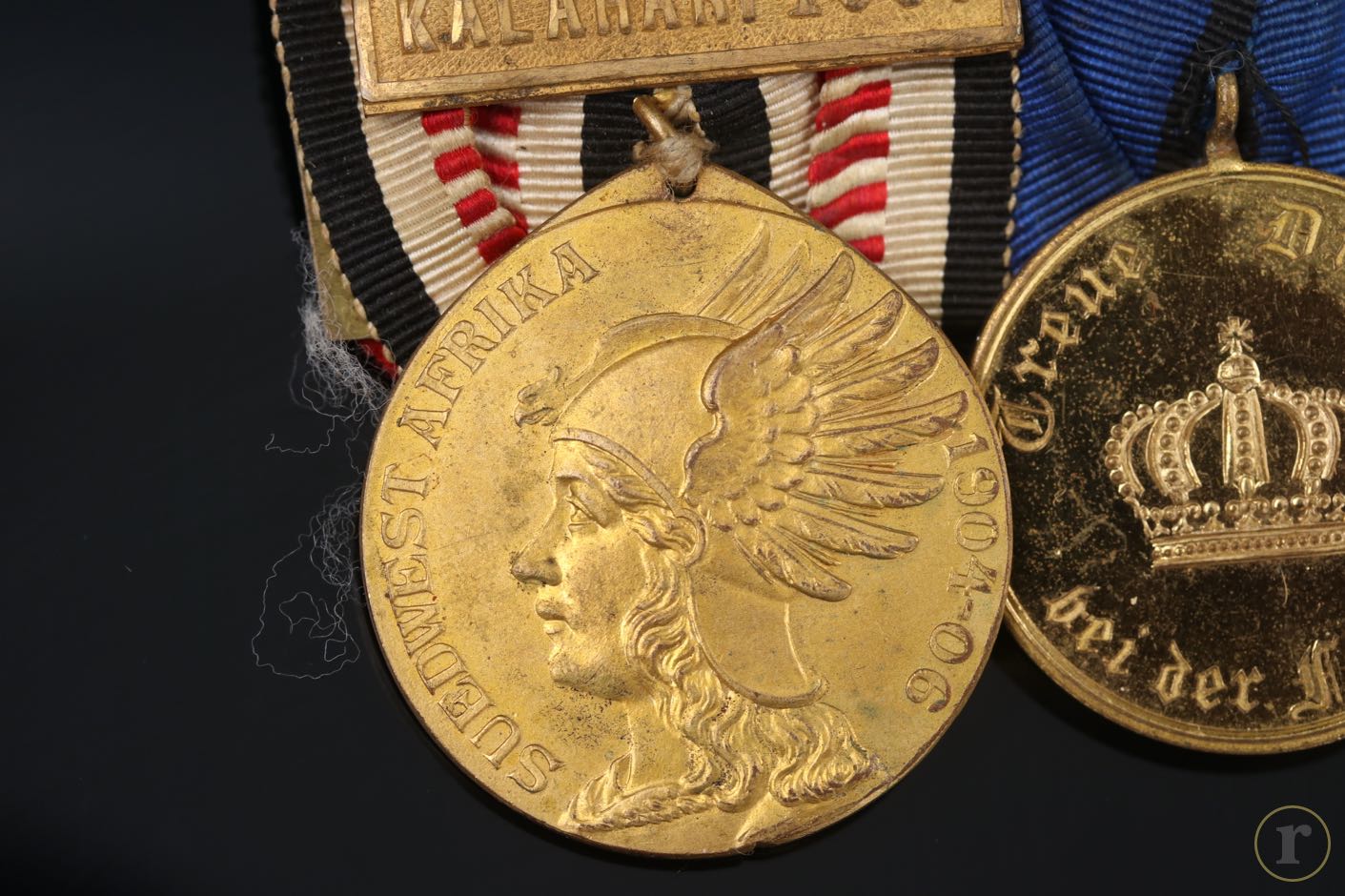 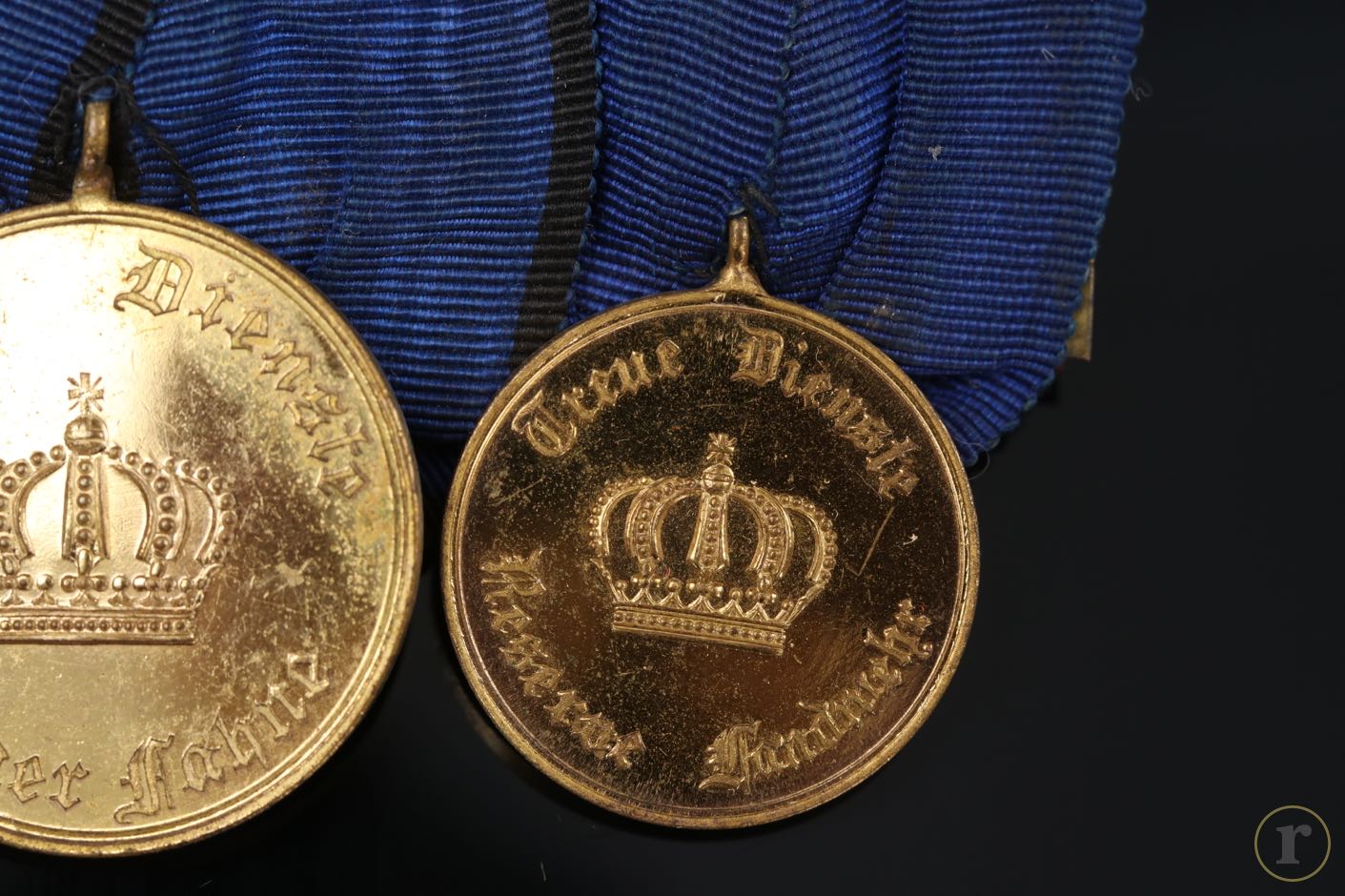 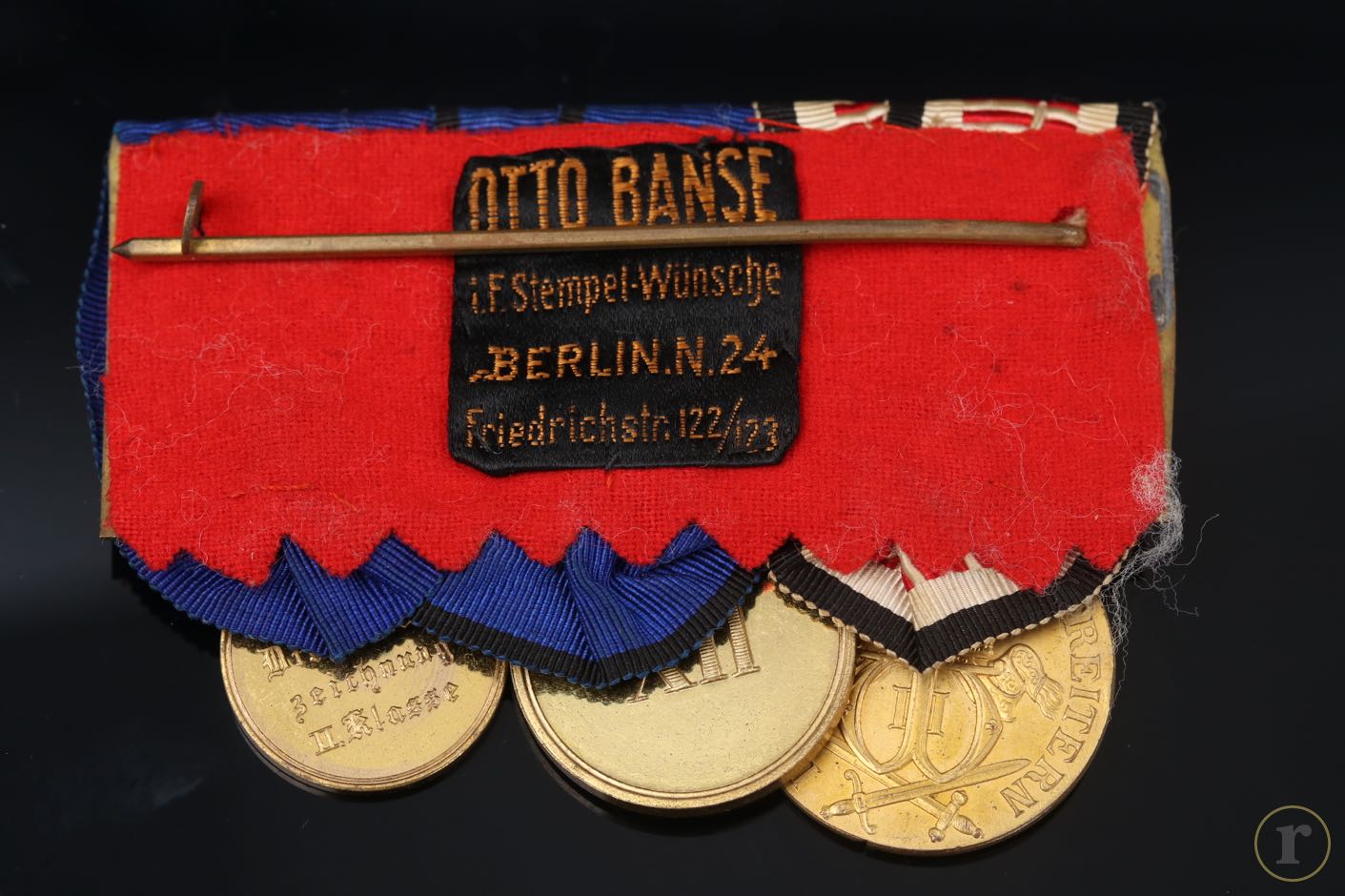 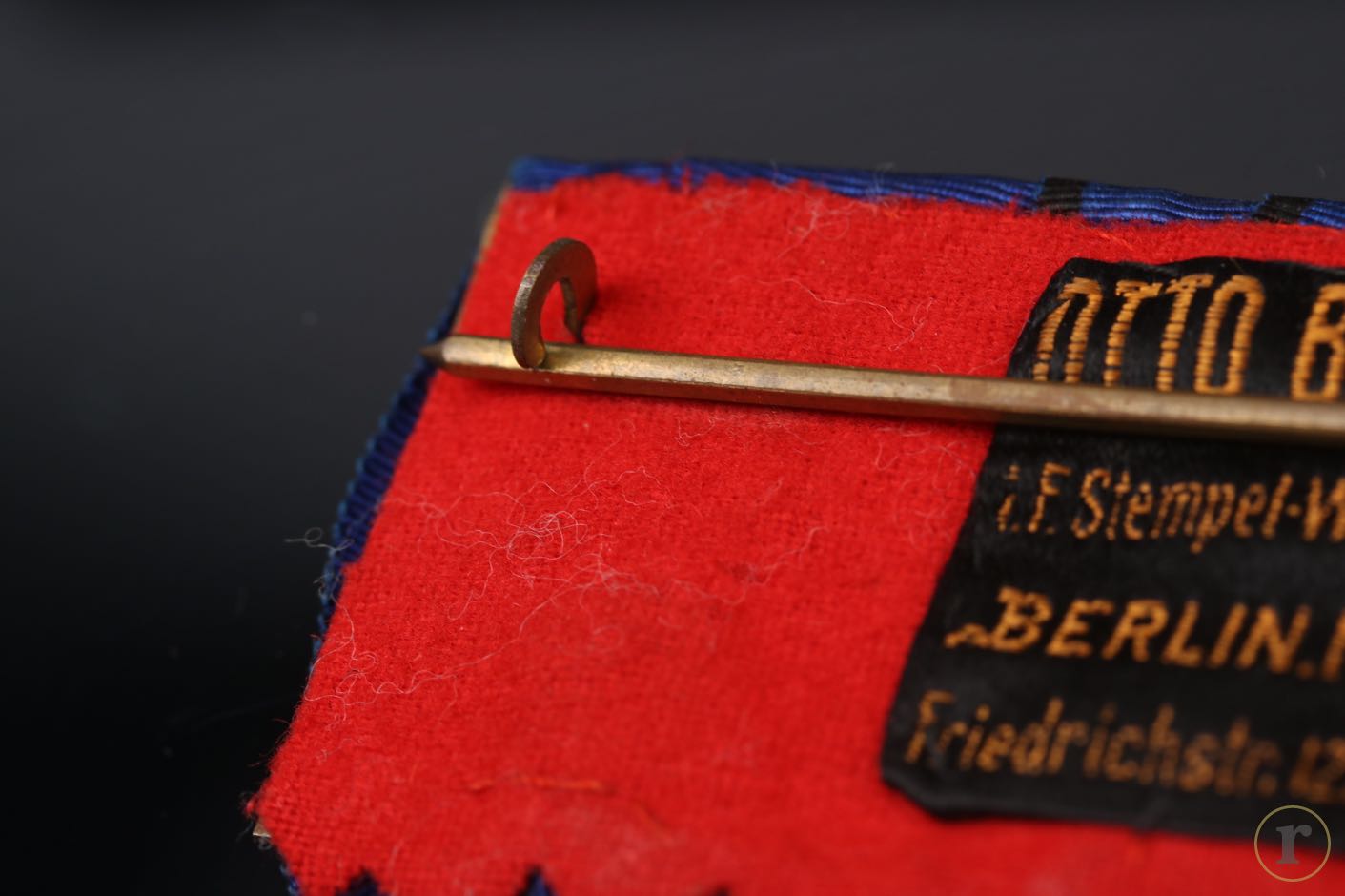 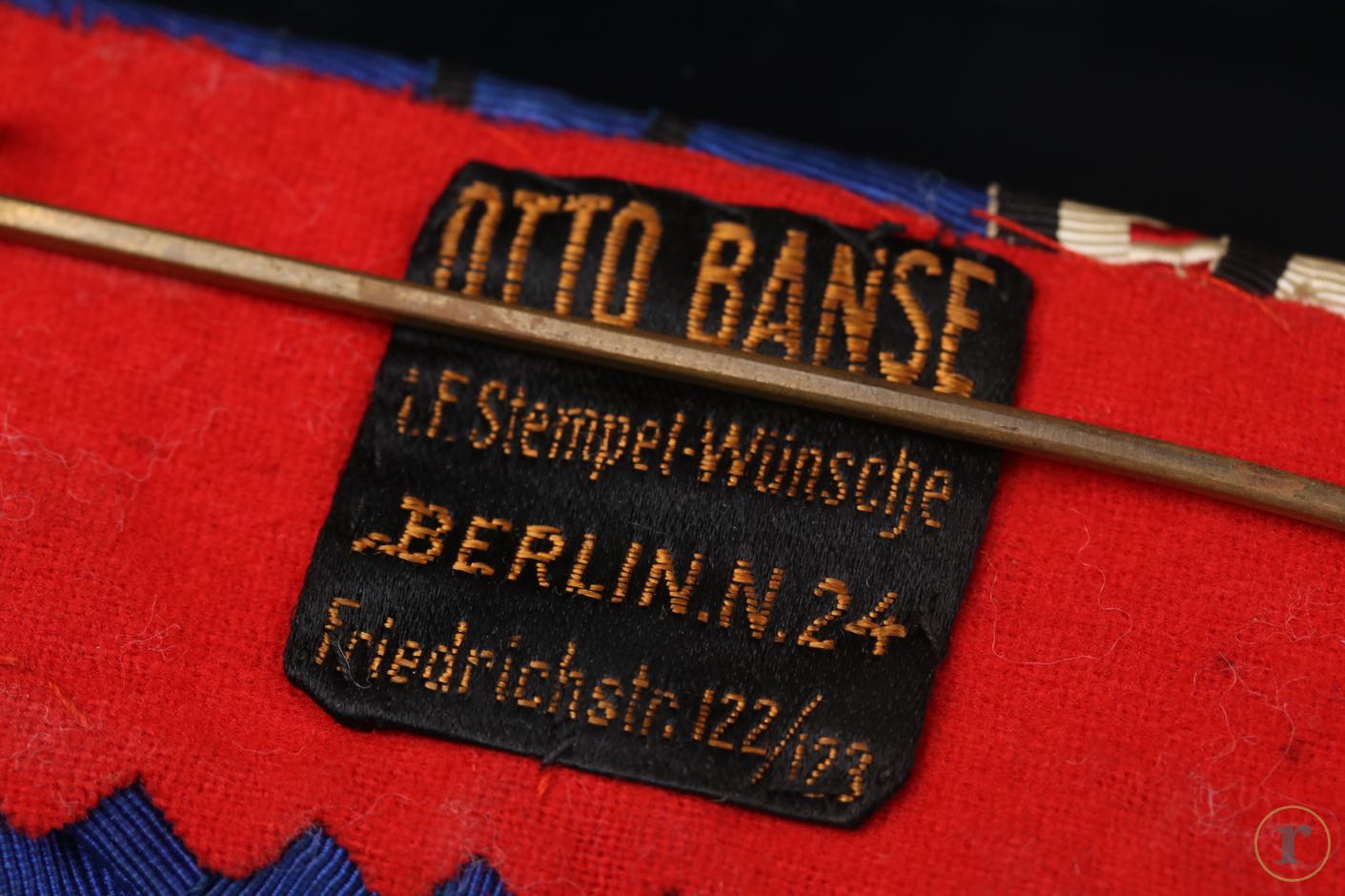 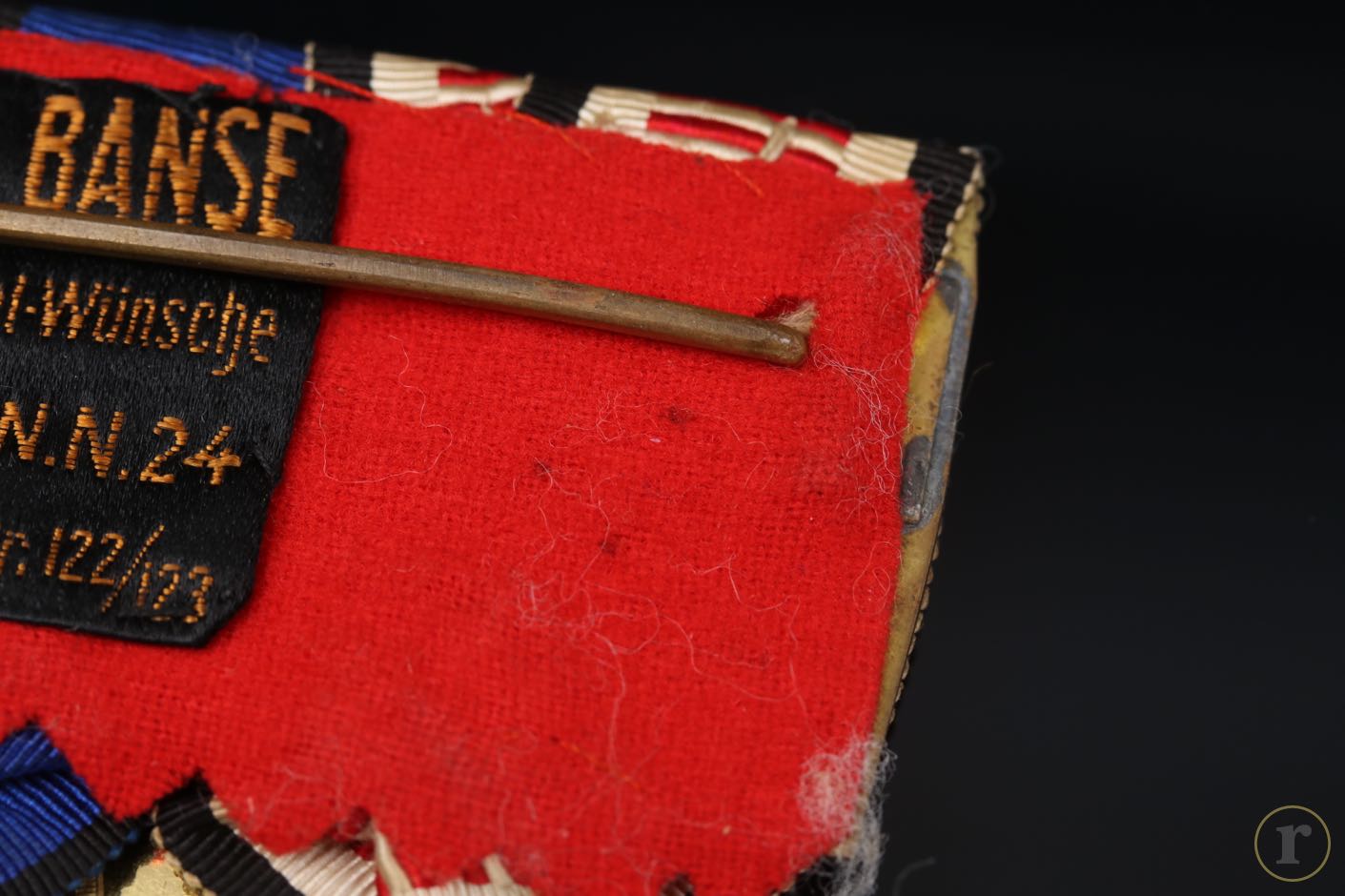 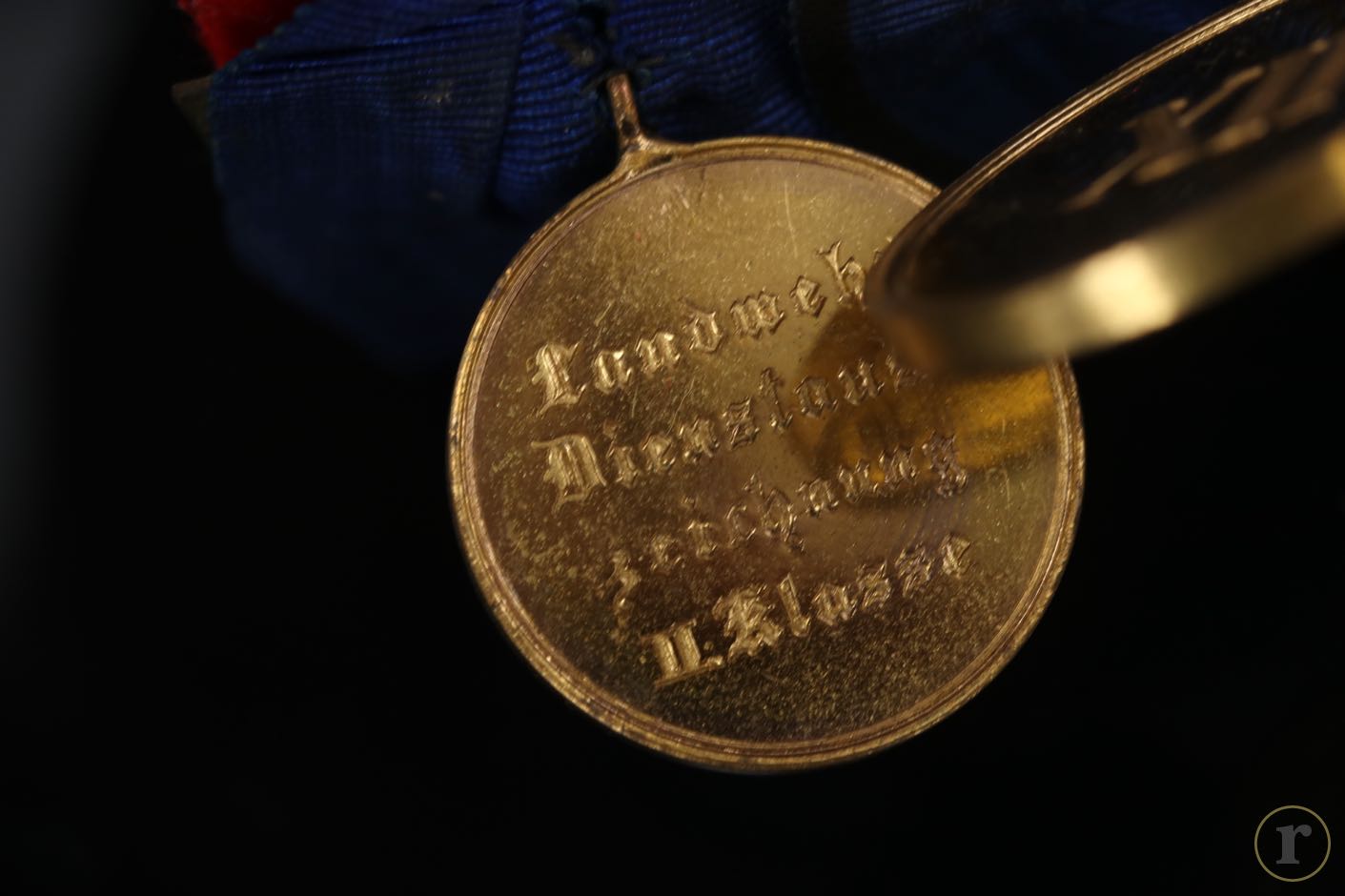 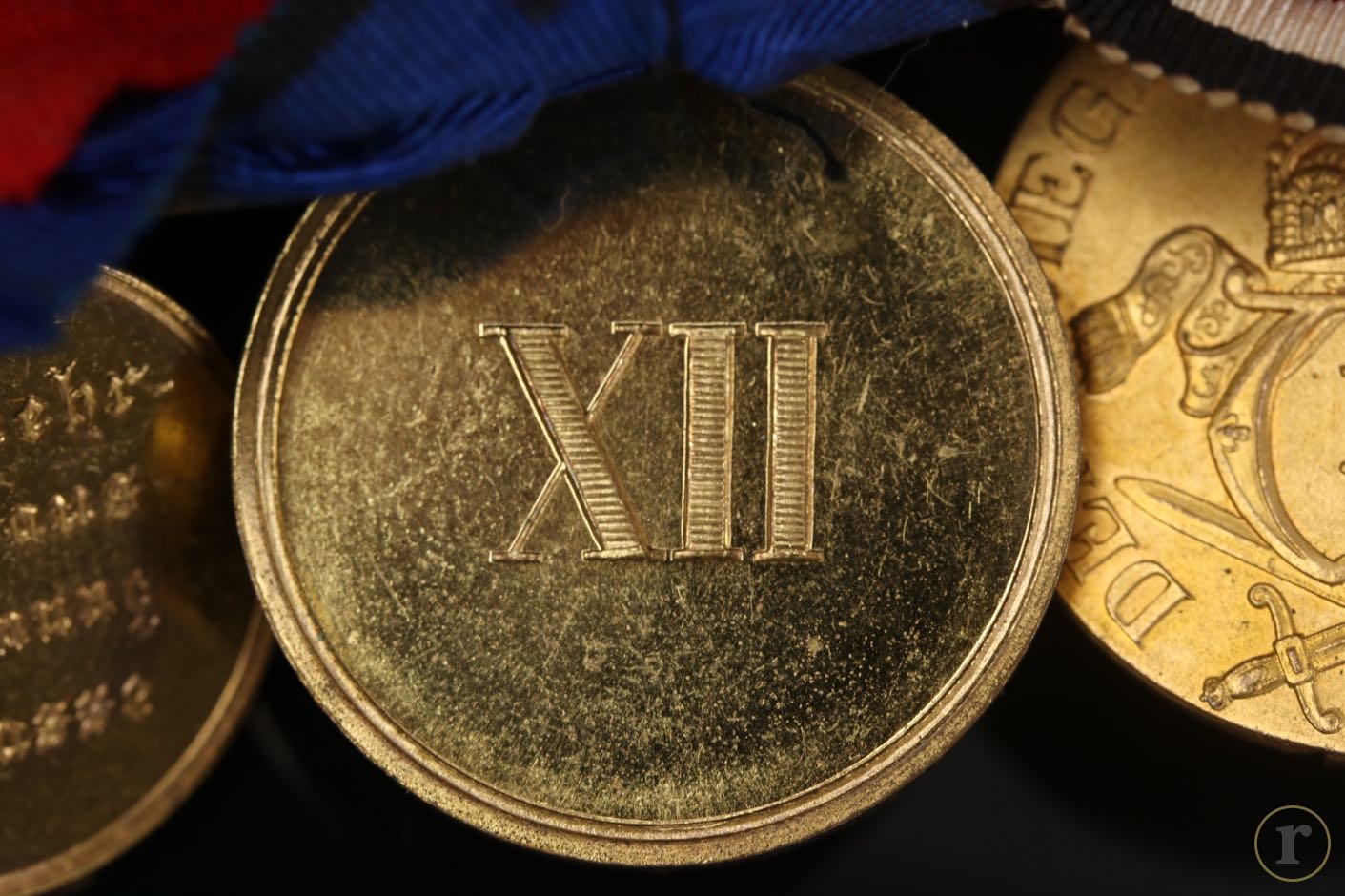 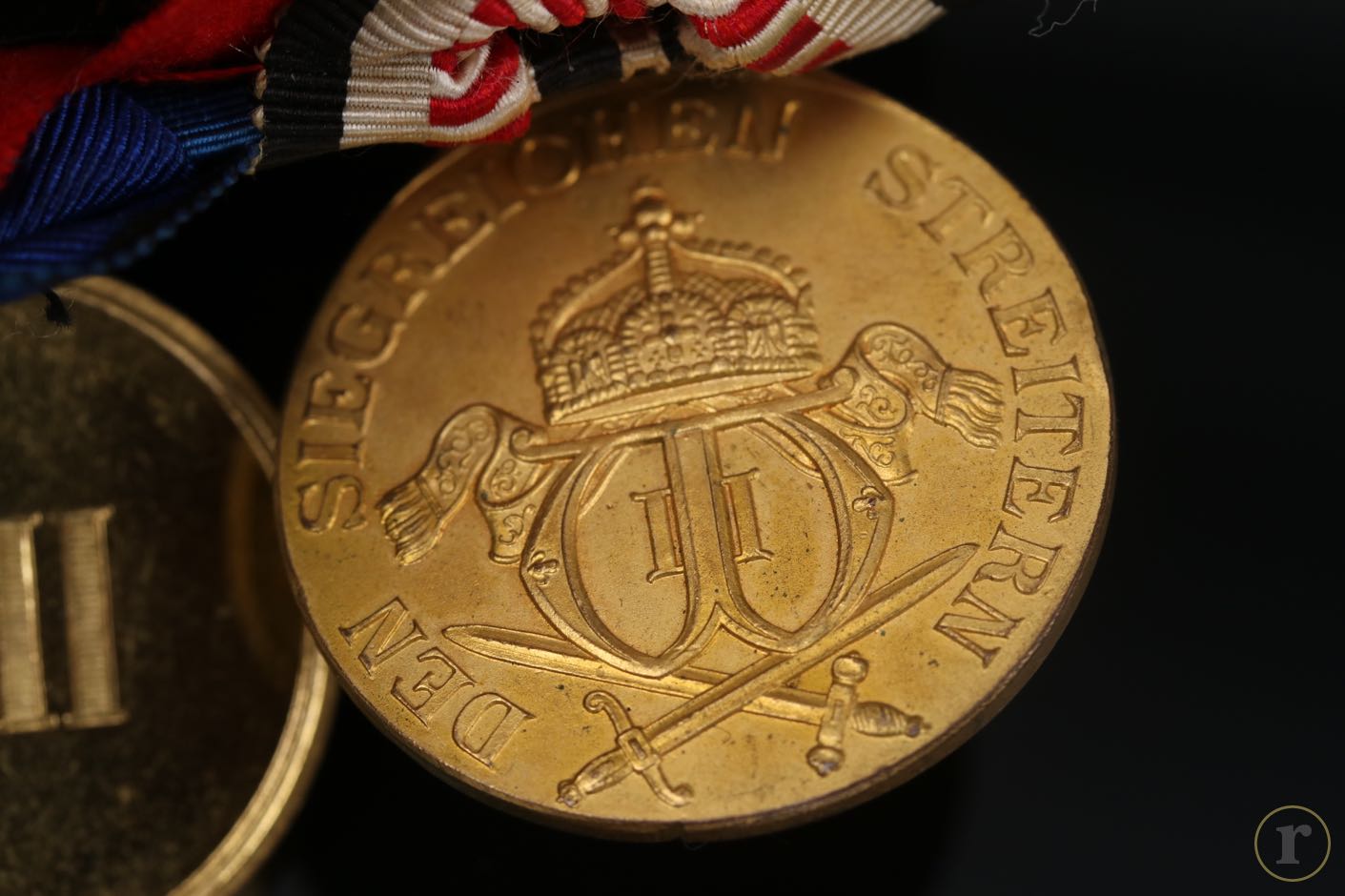