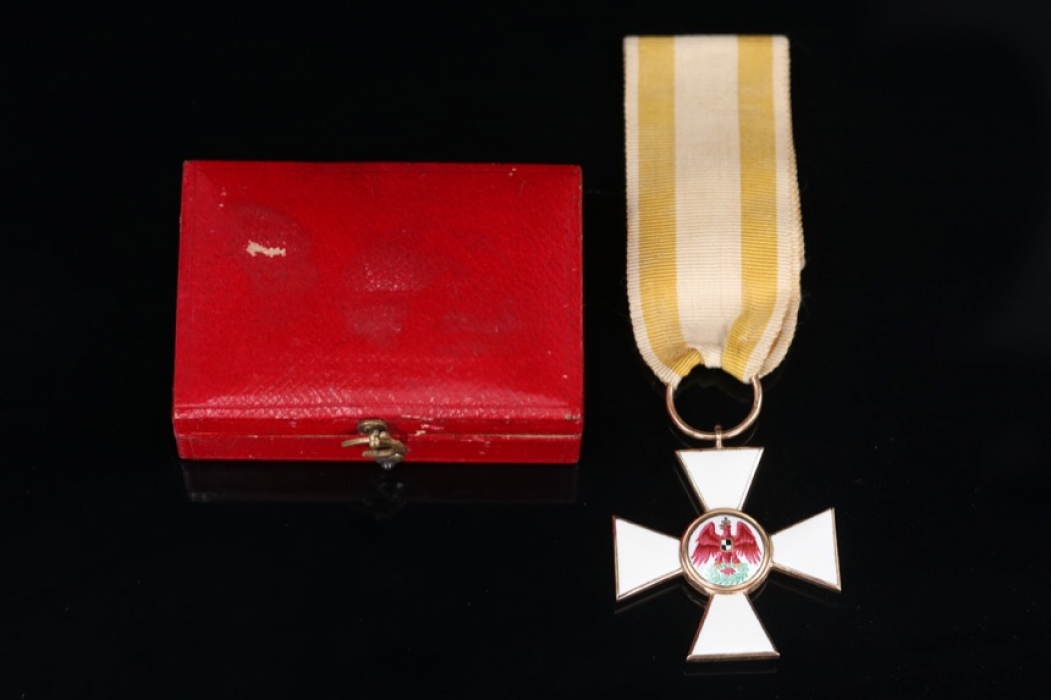 This cross complies with all design features of the 3rd type of the Red Eagle Order with the so called: “crimson” eagle. The design was the final design of the actual eagle, but its color was modified in 1854 by changing the color from crimson to scarlet red. This example shows the early infinity laurel leaf wreath. In comparison, the later design features contrarotating laurels within the wreath.

This particular decoration was crafted by the Firm: Hanf & Zimmermann, showing the initials H.Z. scratched in the medallion cylinder.

Friedrich Wilhelm Hanf & Friedrich Gustav Zimmermann ran their Gold and Silver Trading business at Schlossplatz 3 in Berlin from 1823 to 1852. They are known to be predominant manufacturers of the various Prussian order decorations including the Red eagle Order.

Beautiful set including an original and contemporary case with original ribbon. The cases from this time were highly likely made by the Schwartz company in Berlin. 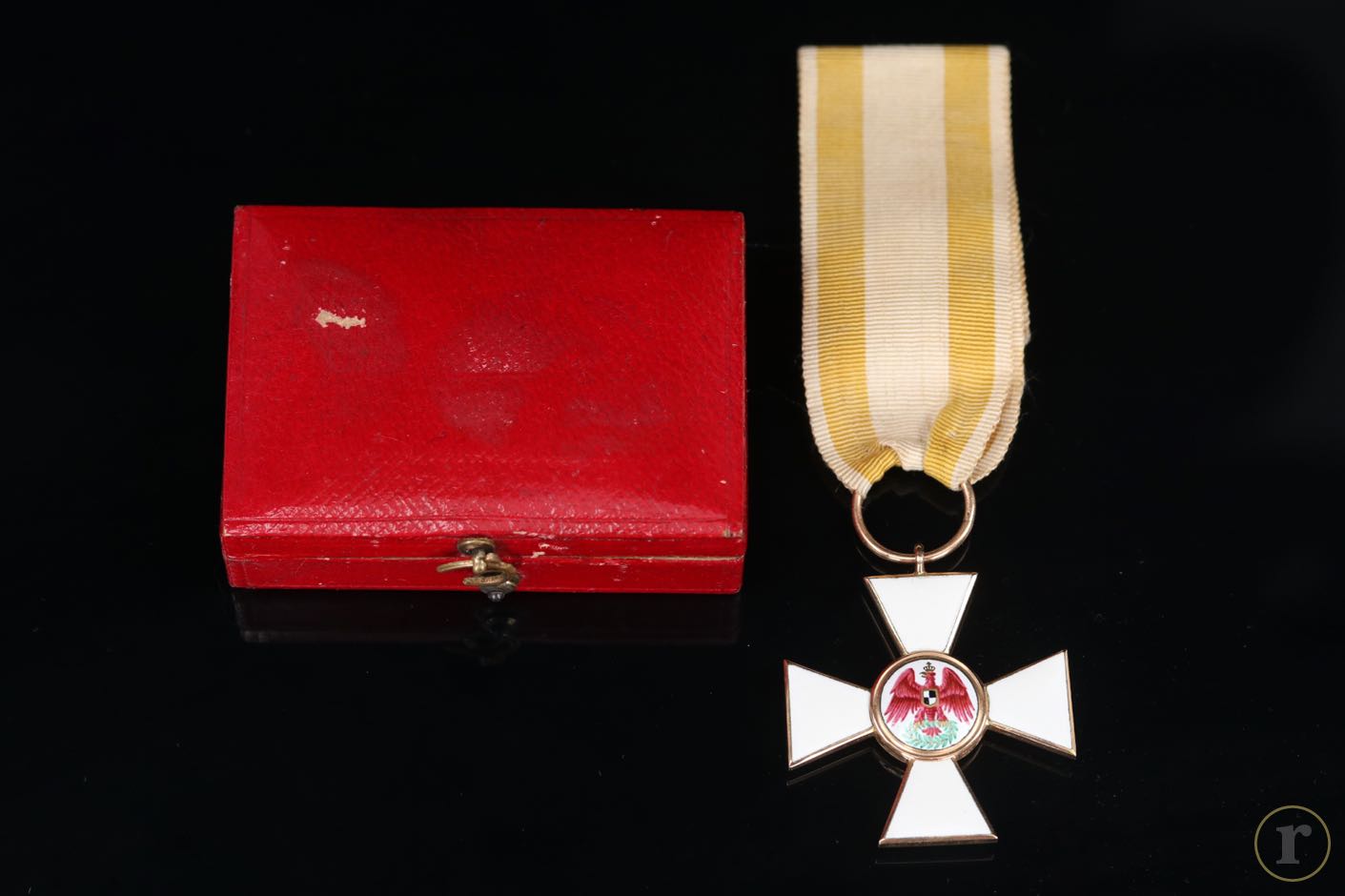 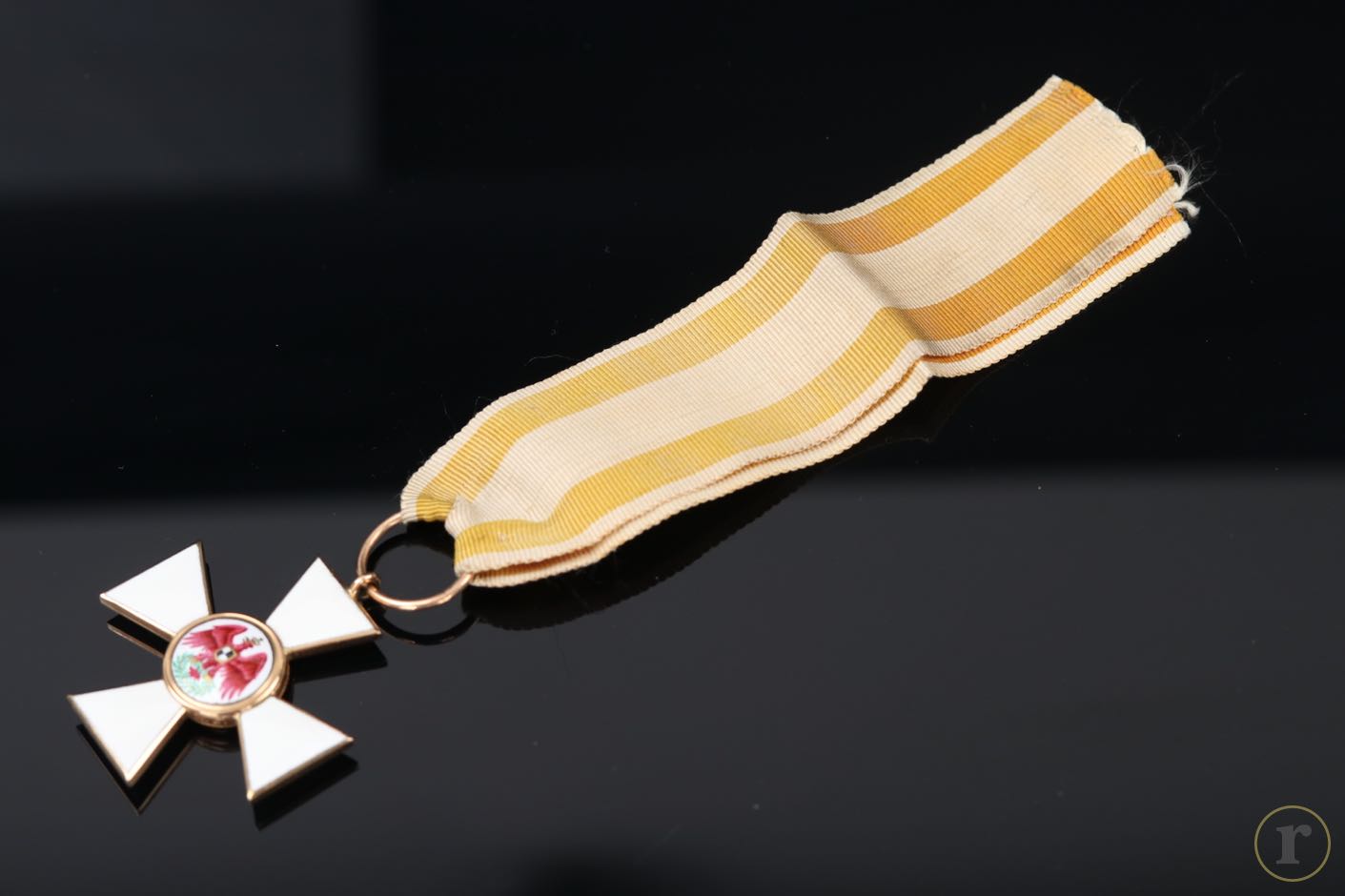 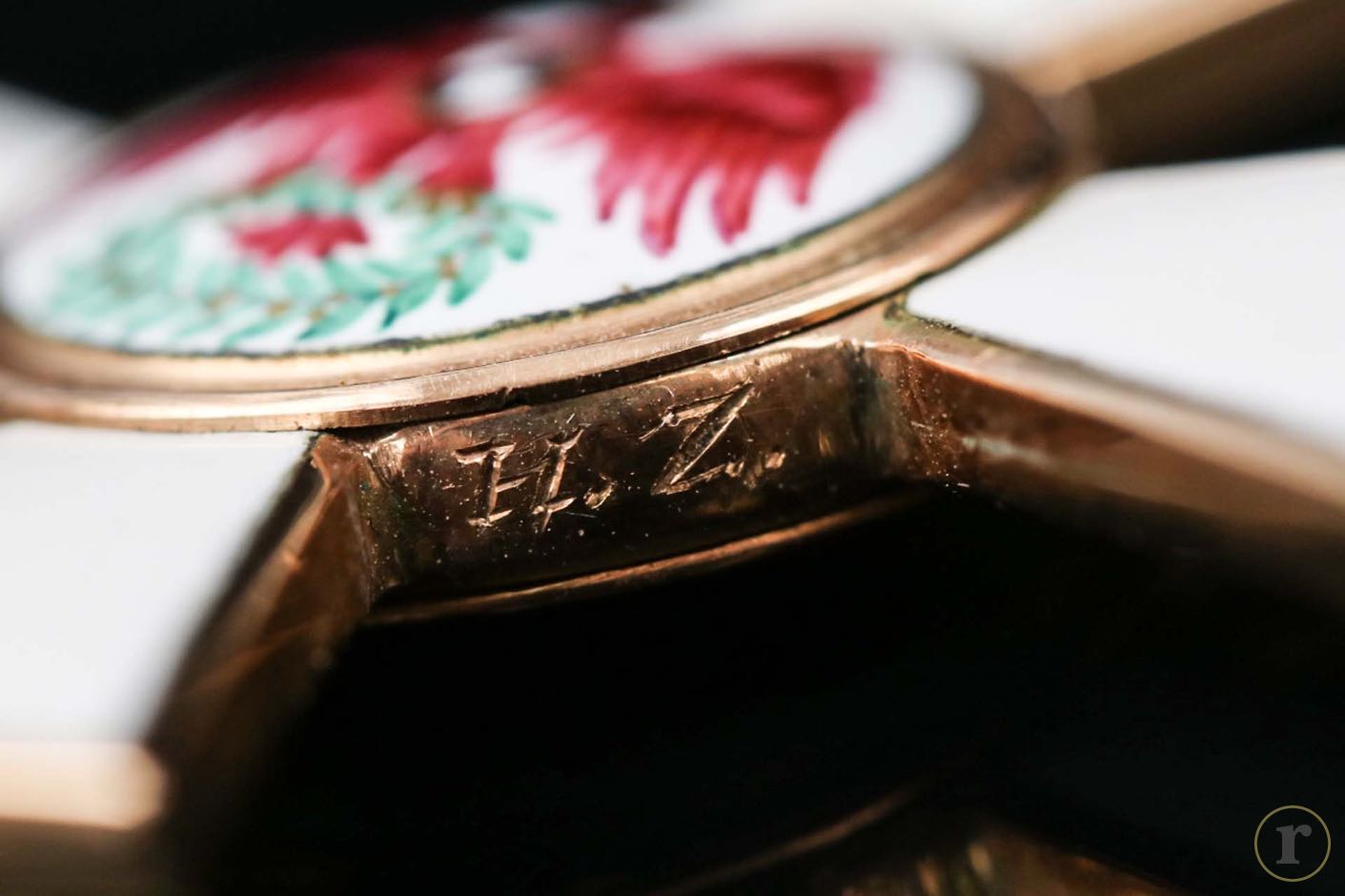 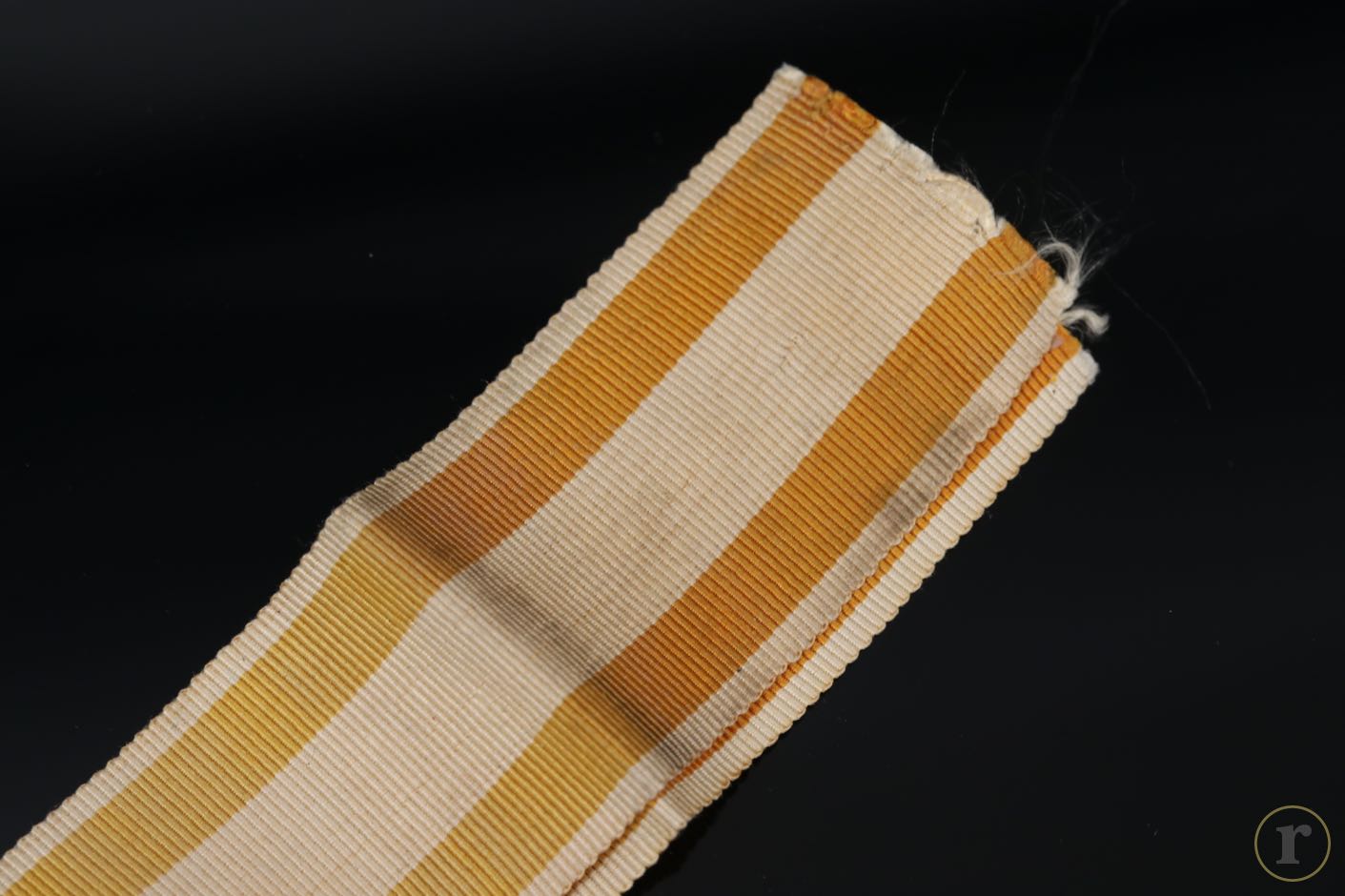 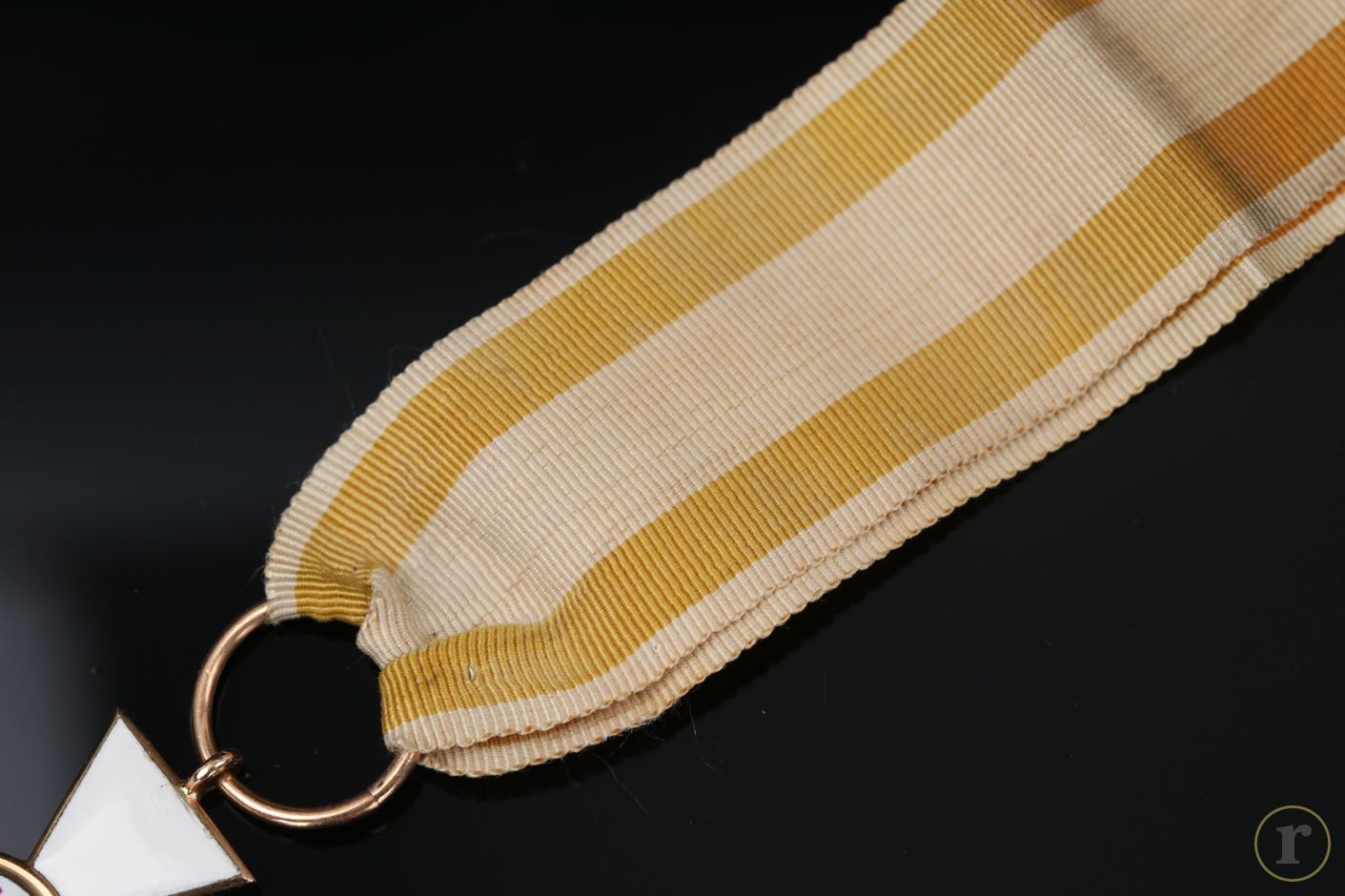 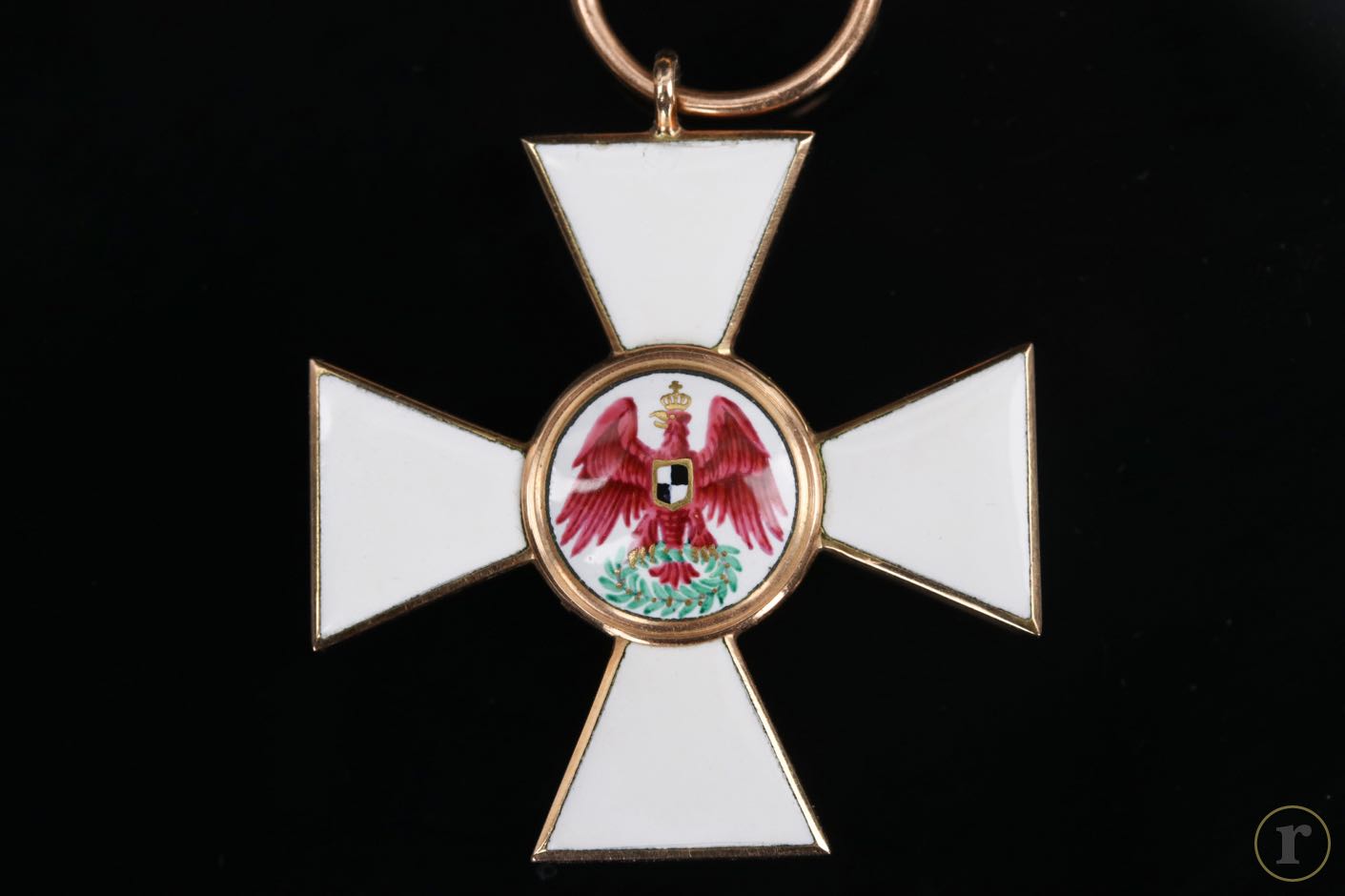 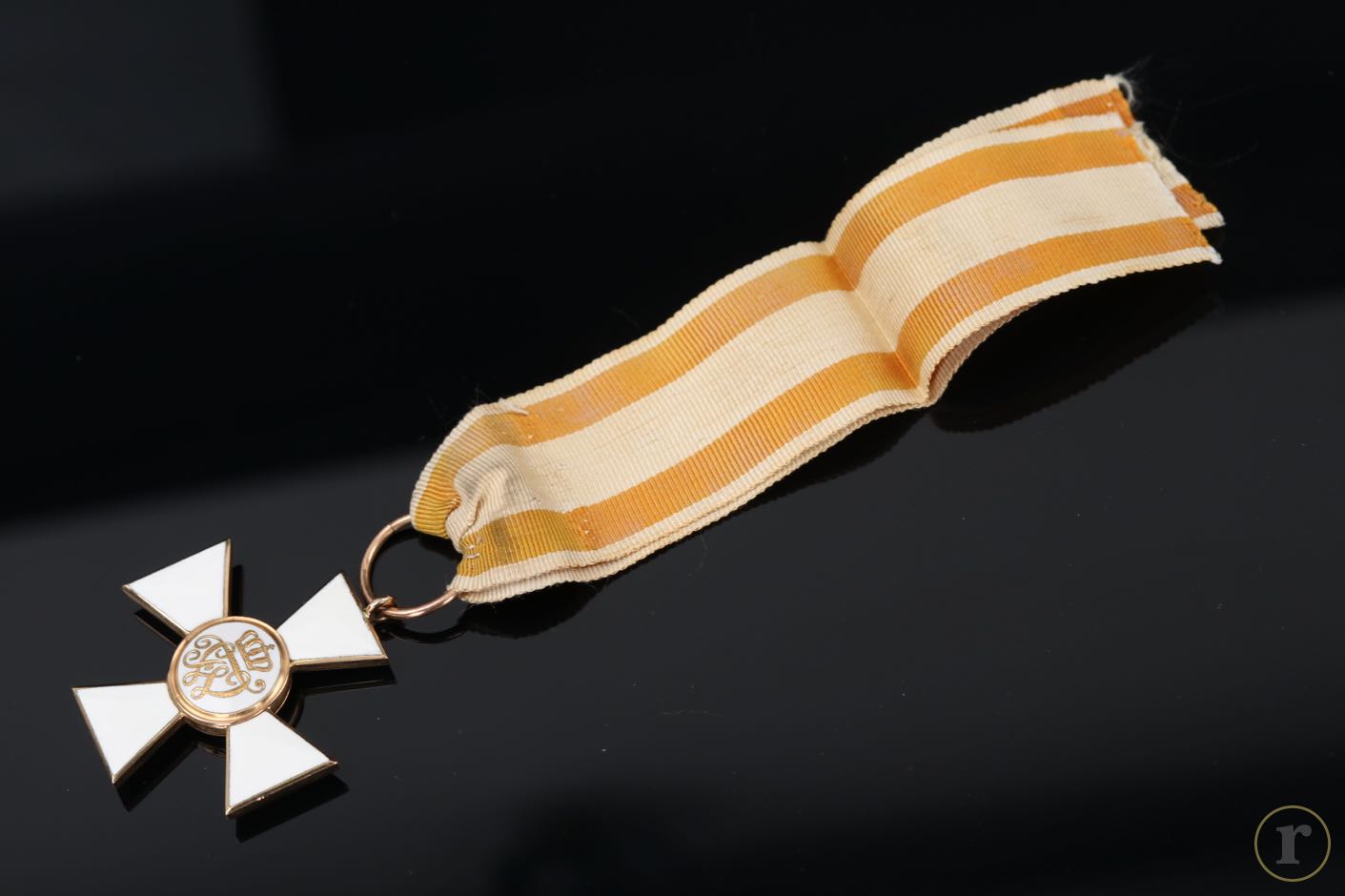 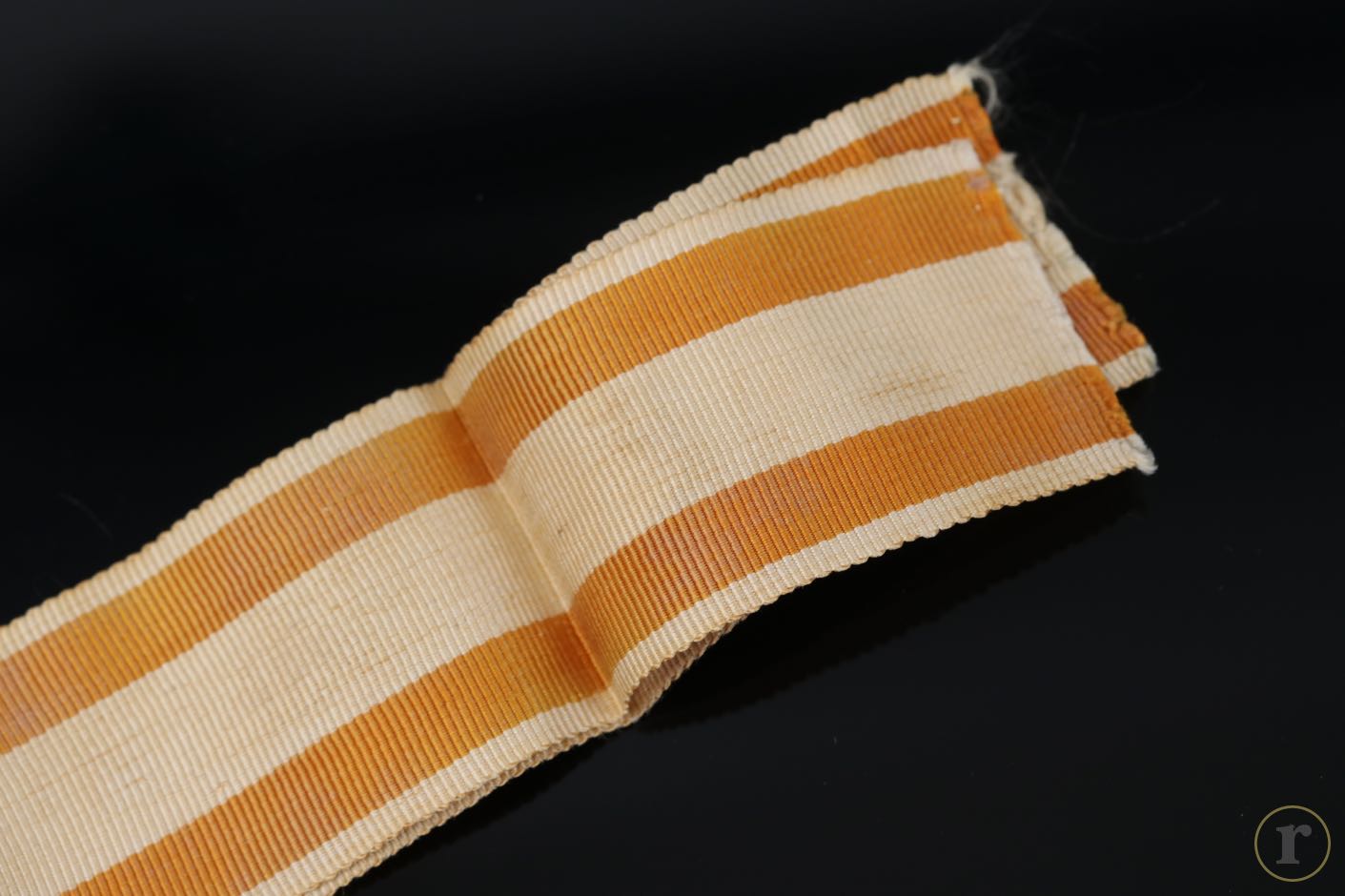 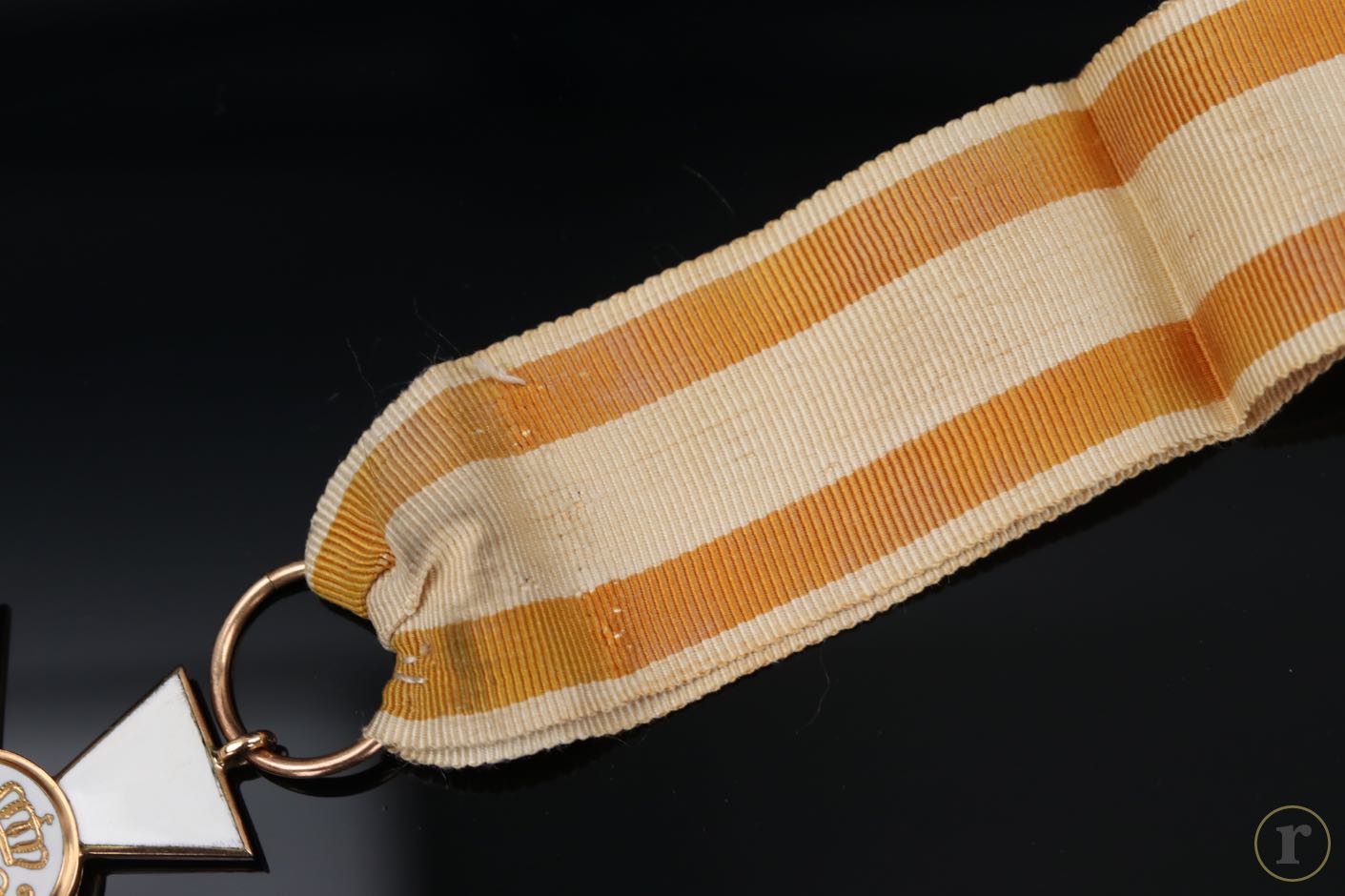 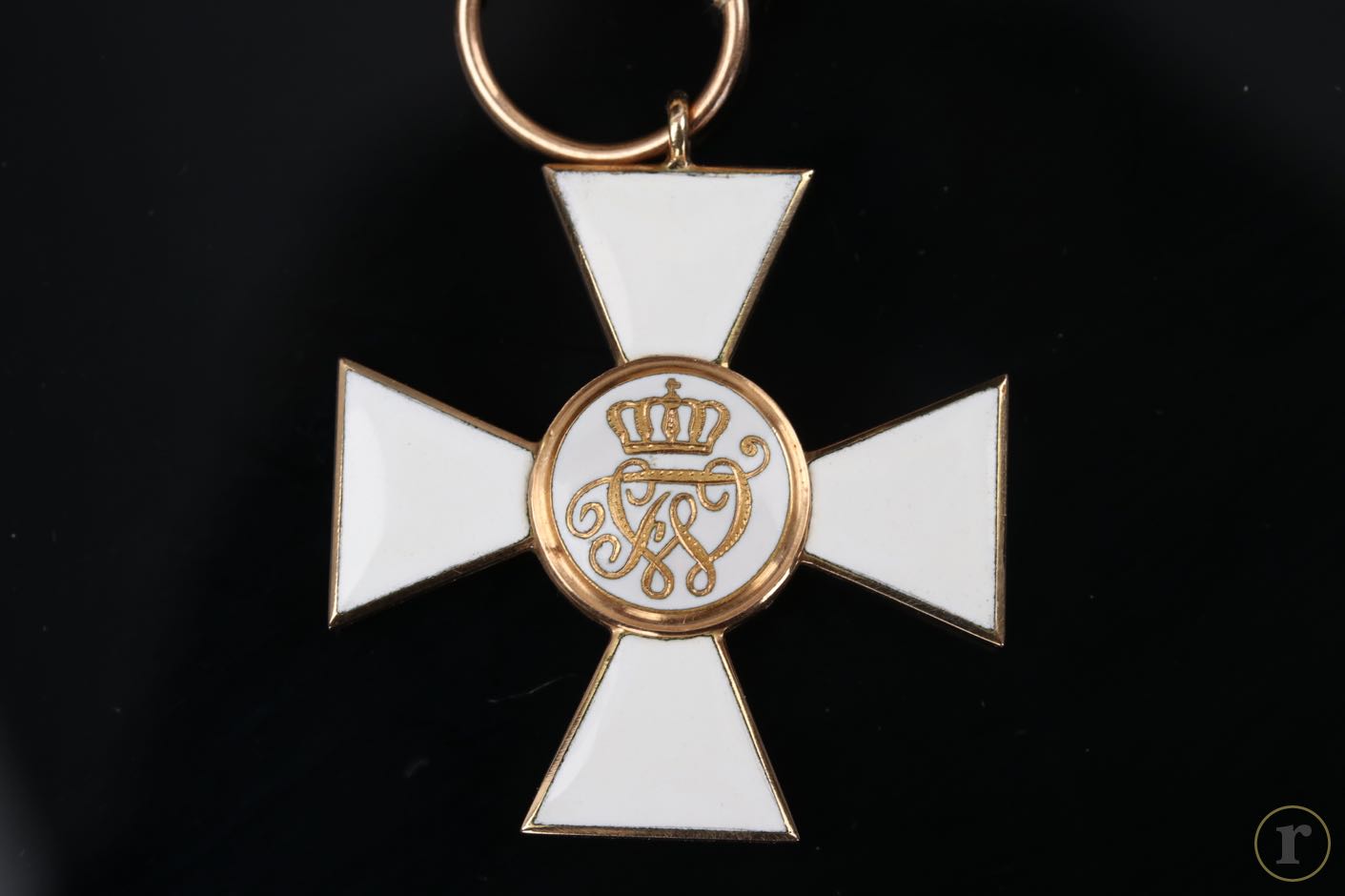 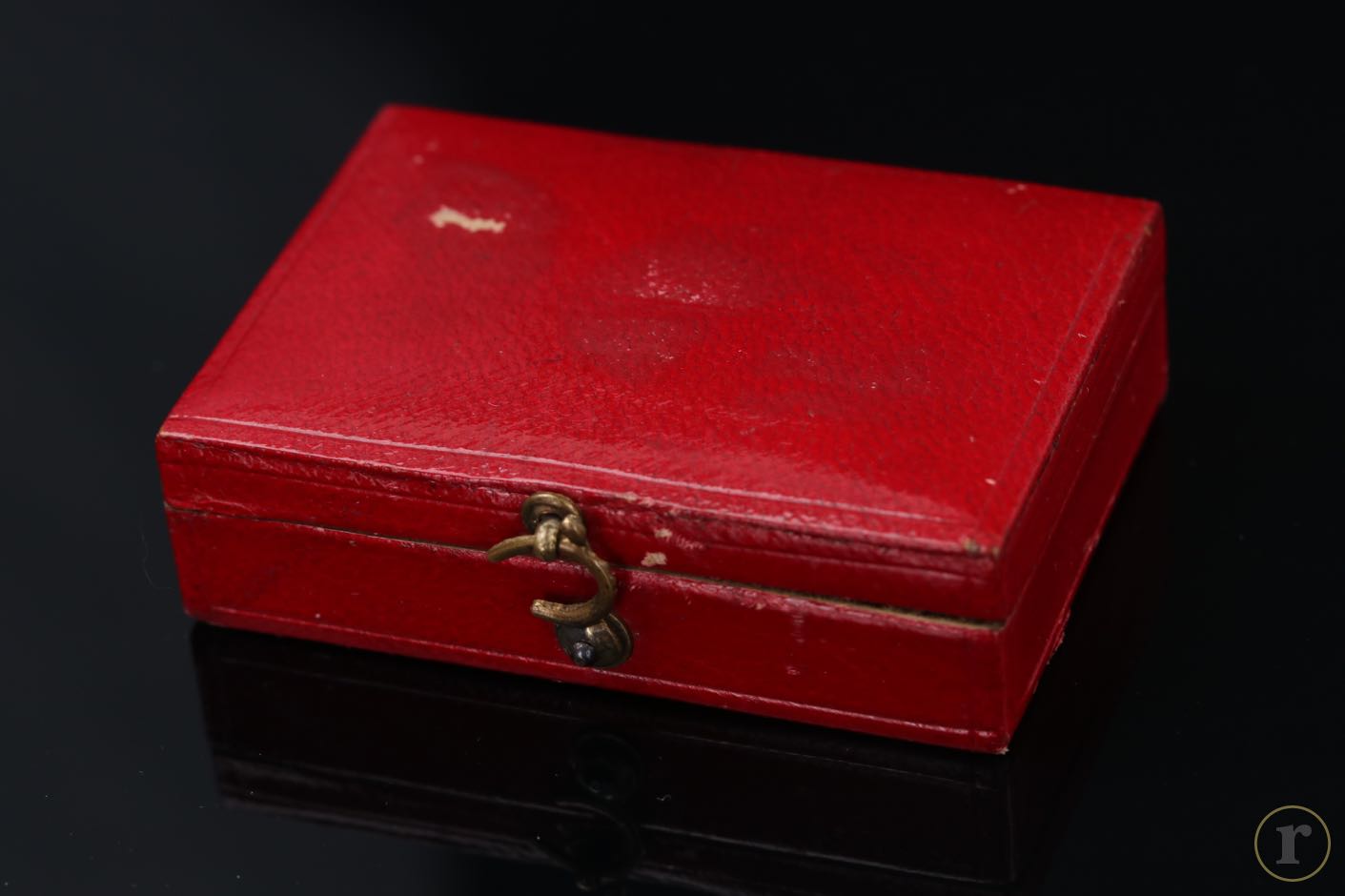 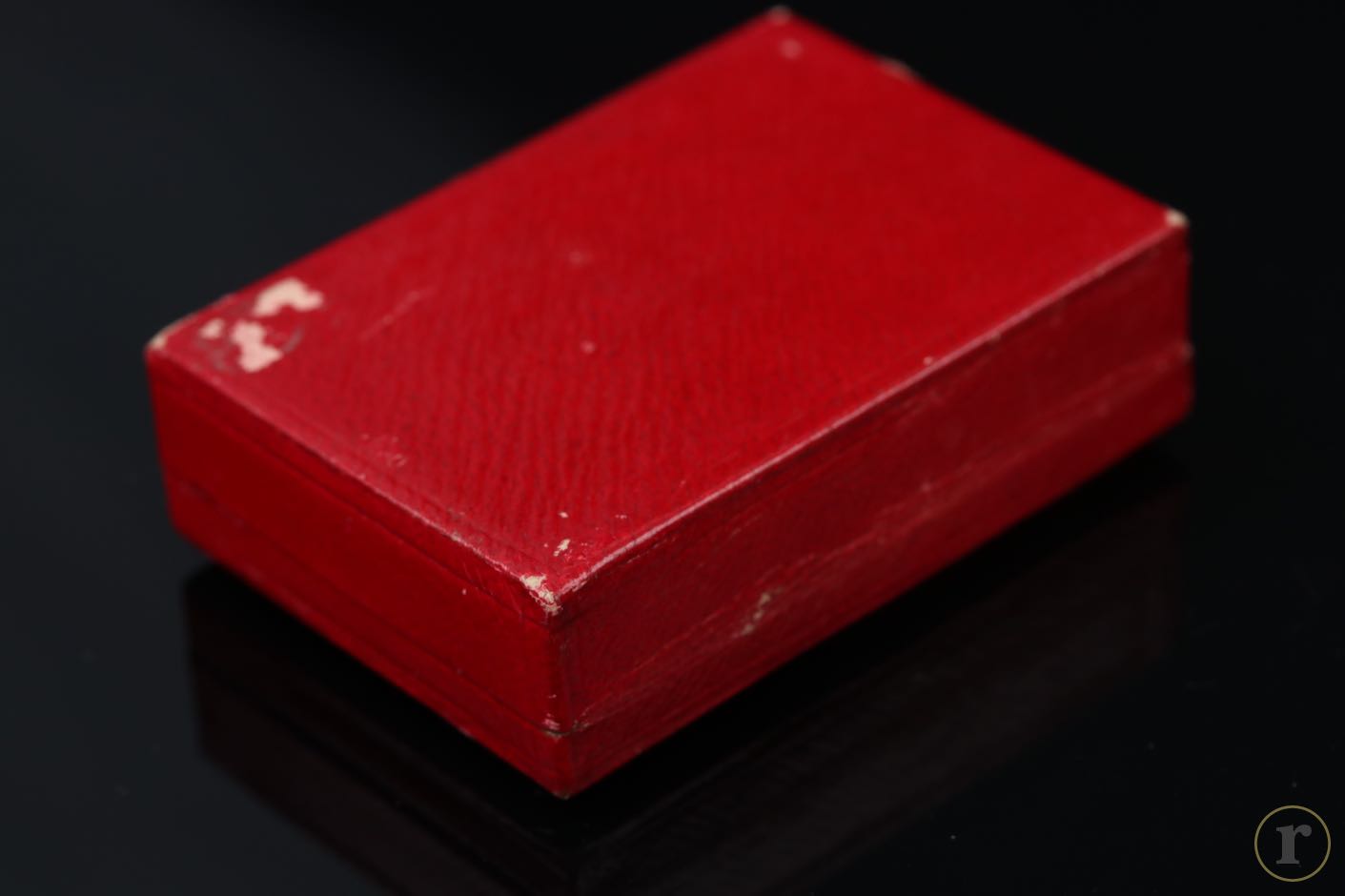 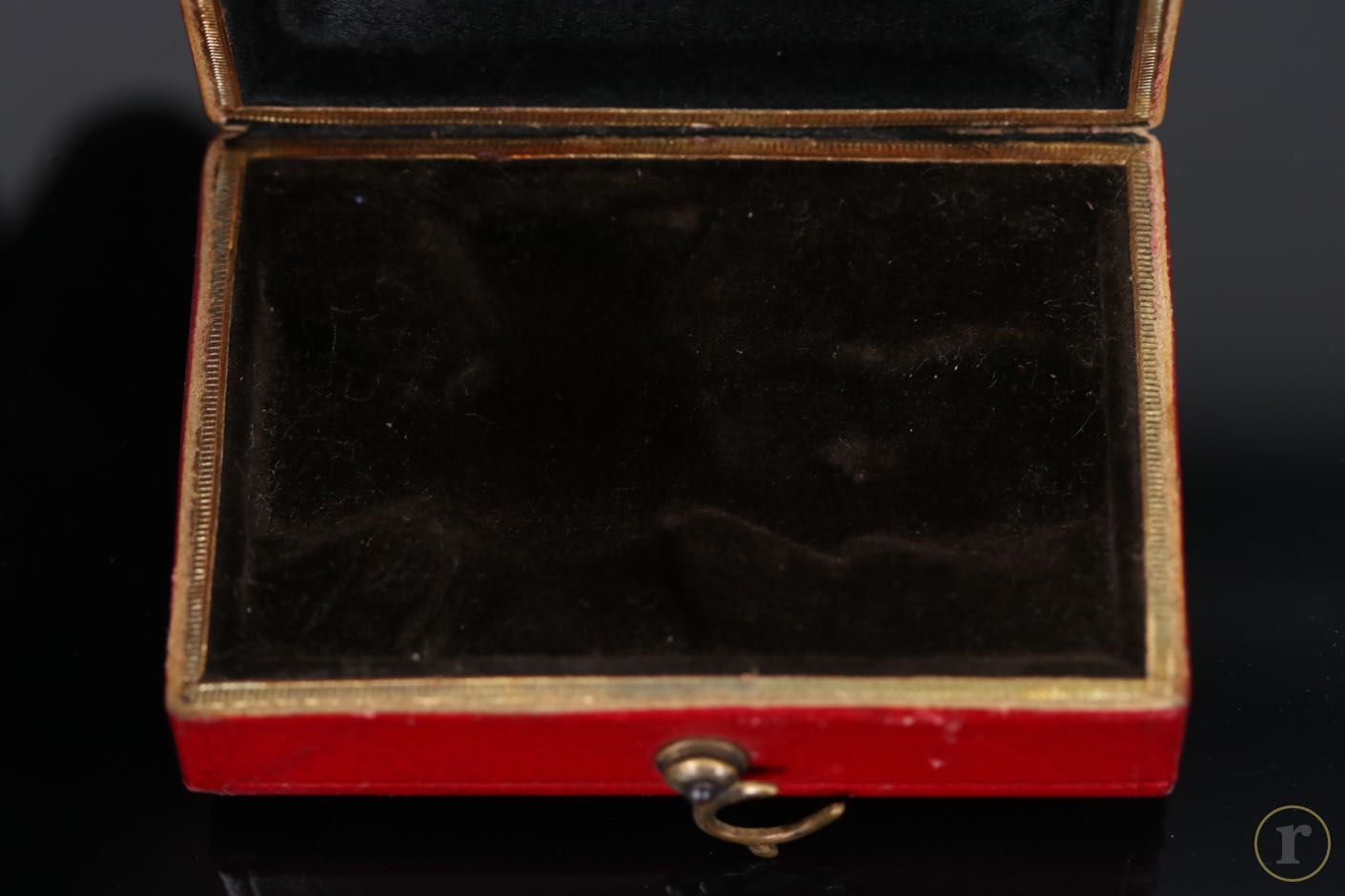 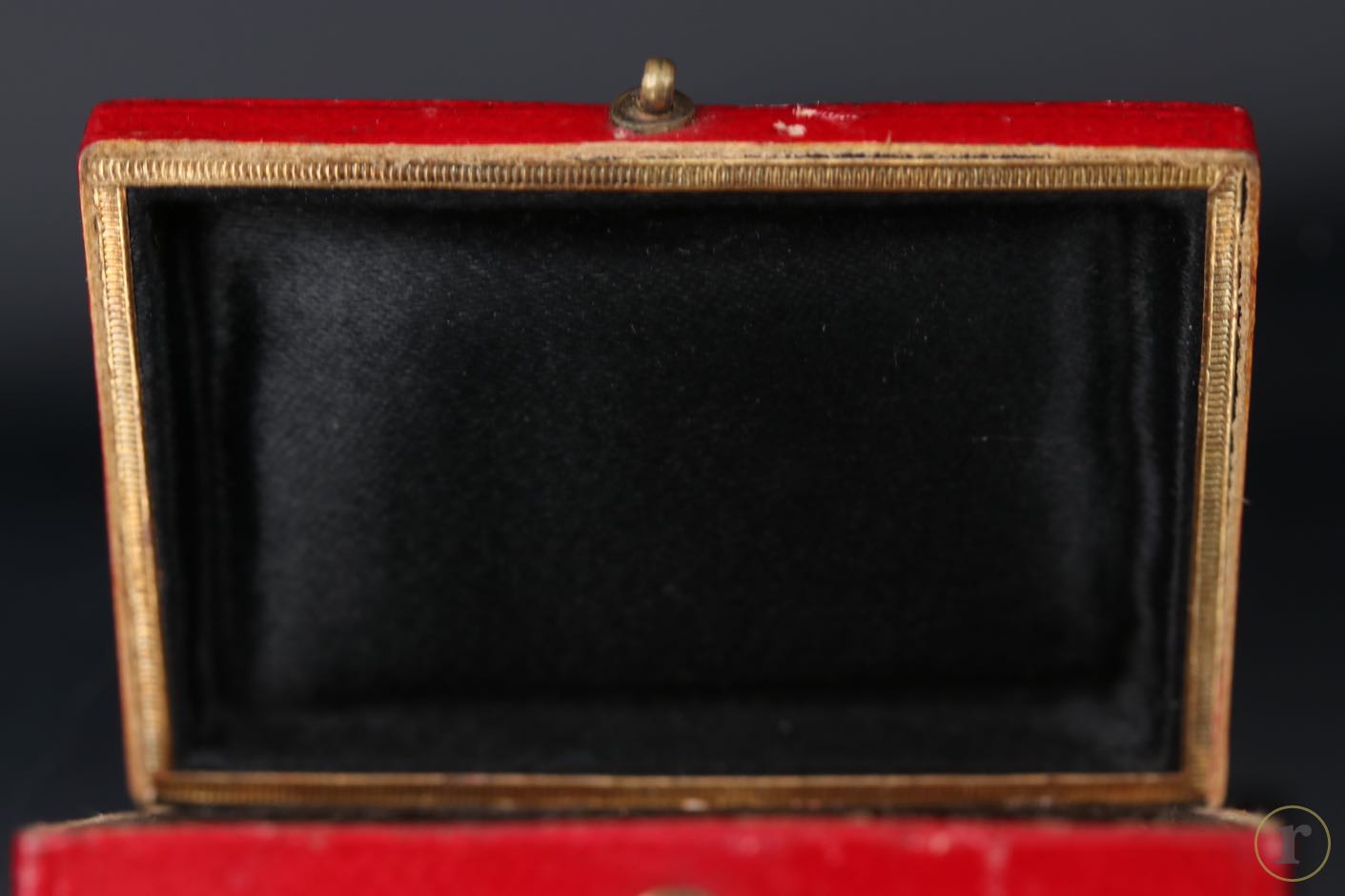