Russia - Order of the White Eagle 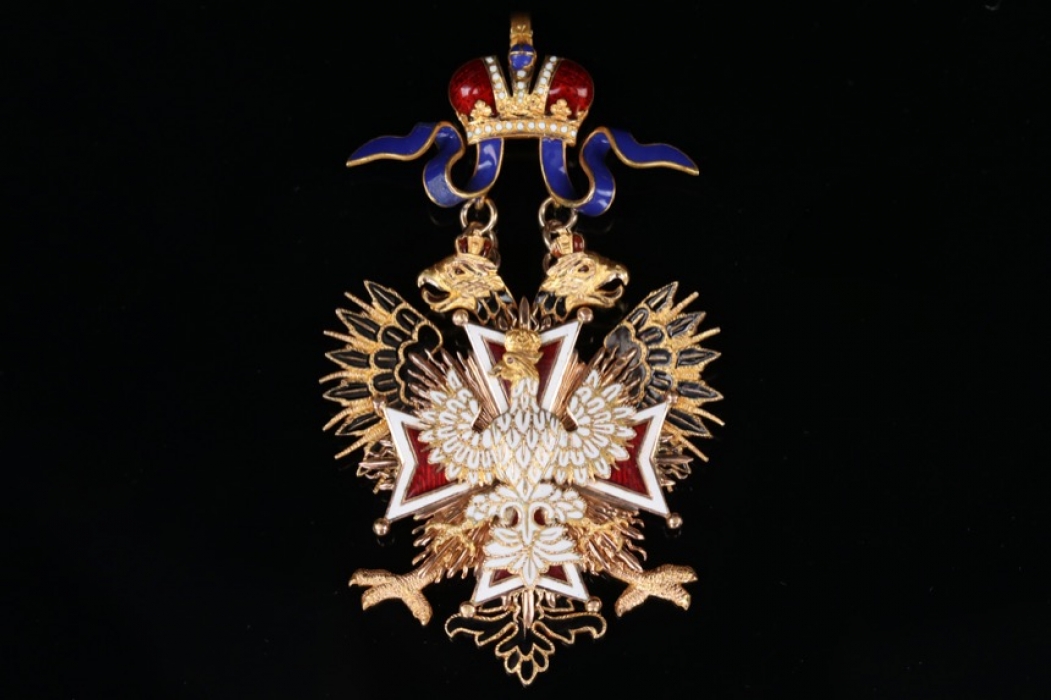 Russia - Order of the White Eagle

A Cross of the Order of White Eagle in solid gold, featuring a black enameled double-headed Romanov Imperial Eagle with hand etched detailing, overlaid by a red enameled Maltese Cross with white borders and ball finials, in turn bearing a Polish-style imperial eagle in gold with white well executed enamel feathers, reverse with intricate black enameled feathers, overlaid by a red and white enameled Maria monogram, the heads of the Romanov eagle each bearing a loop accommodating a suspension in the form of a gold crown with blue, red, and white enamels, with loop attaching to a suspension ring, maker marked on suspension “Эдуард” for the firm of Eduard, with Cyrillic initials “ВД” for metalsmith Varvara Petrovna Dietwald (В. ДИНАКОВ), and a Gold zolotnik mark of “56” with the symbol of the city of St. Petersburg, on the reverse left talon with “Эдуард” and Gold zolotnik mark of “56”, and on the reverse right talon with a “ВД” mark. The middle of the red golden rays to the top right features a kokoshnik mark.

Beautiful example after 1910. The usual minor, but retouched, enamel damage in the blue enamel on the bows connecting the crown to the badge. 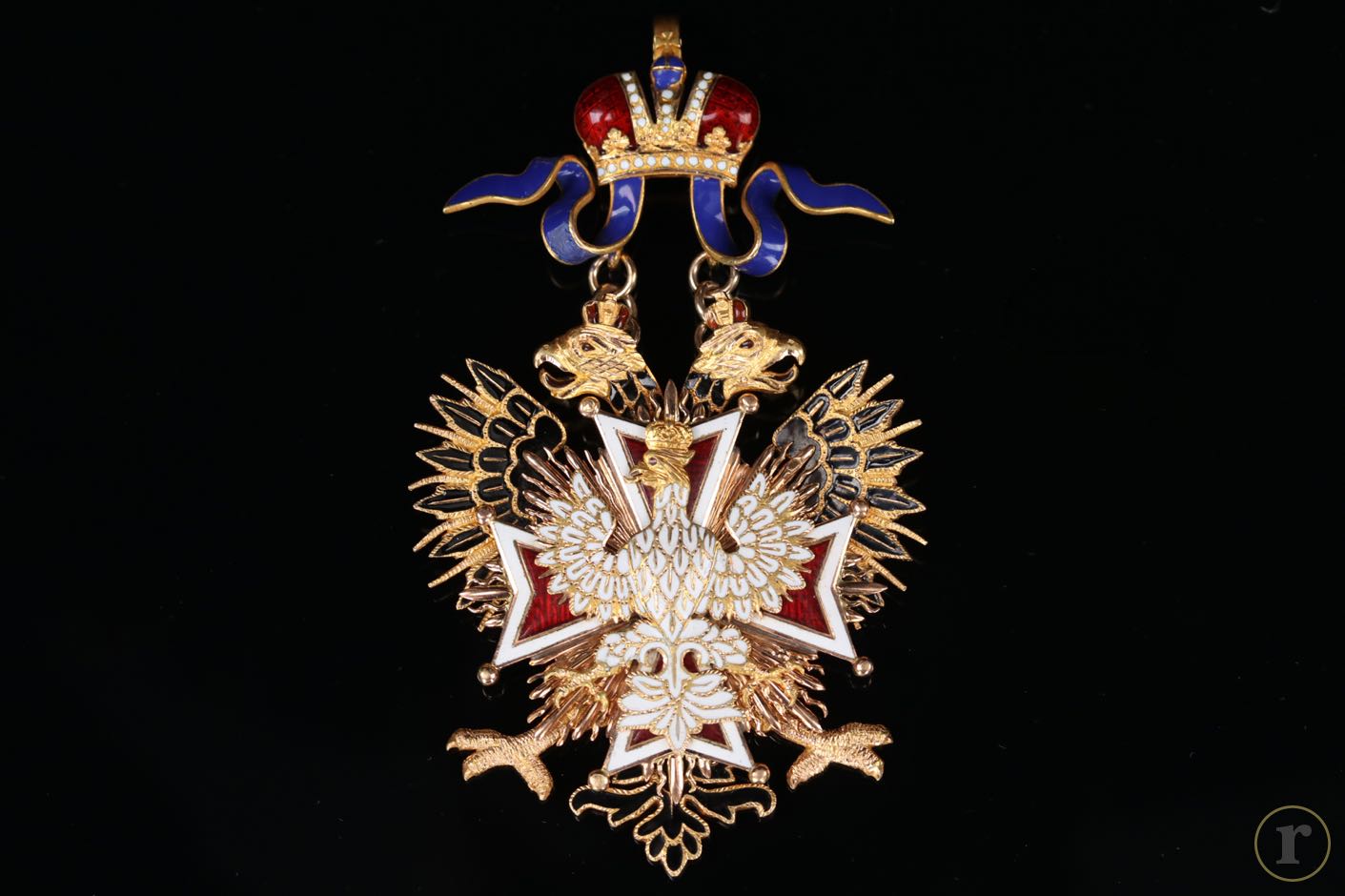 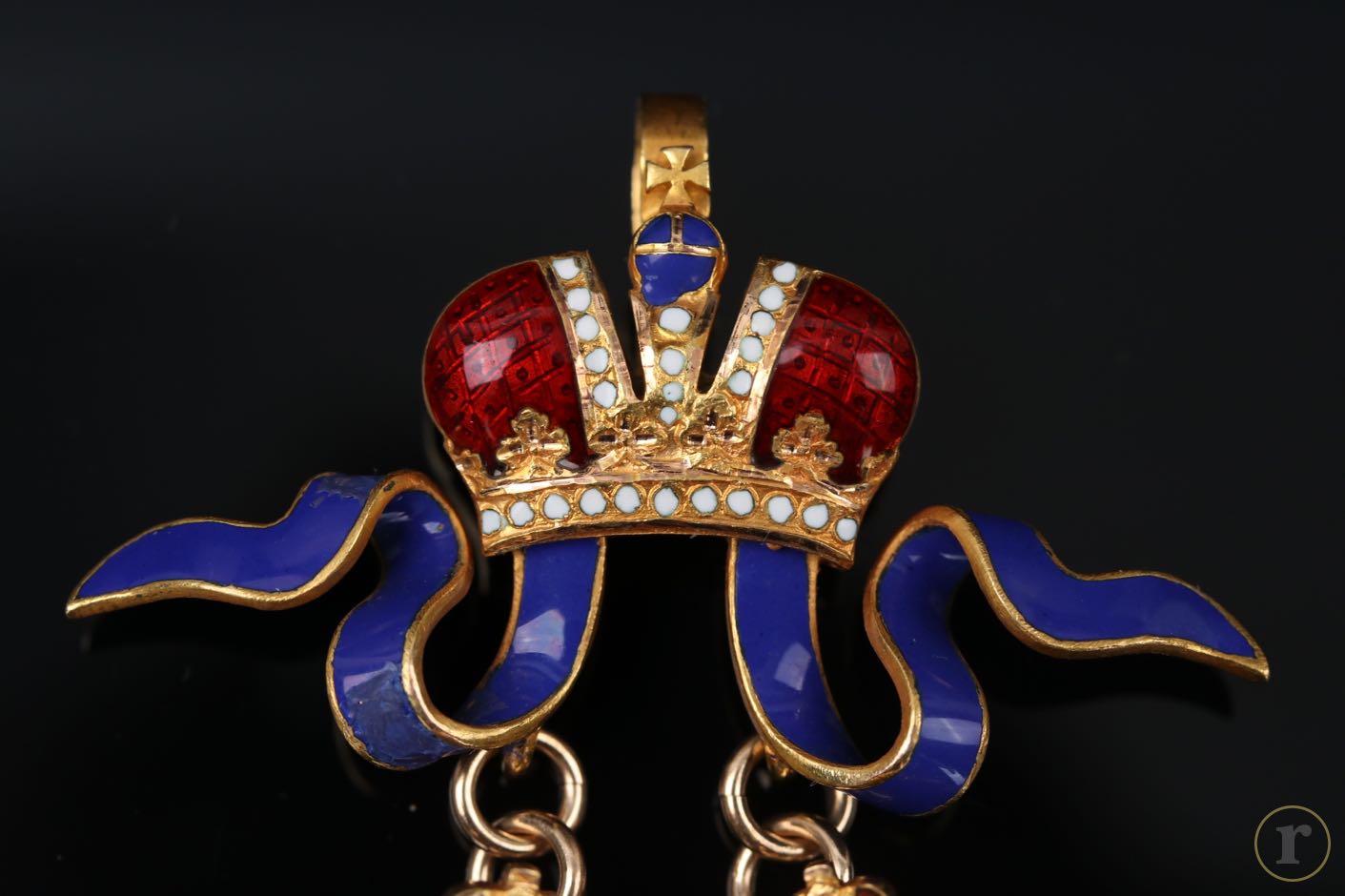 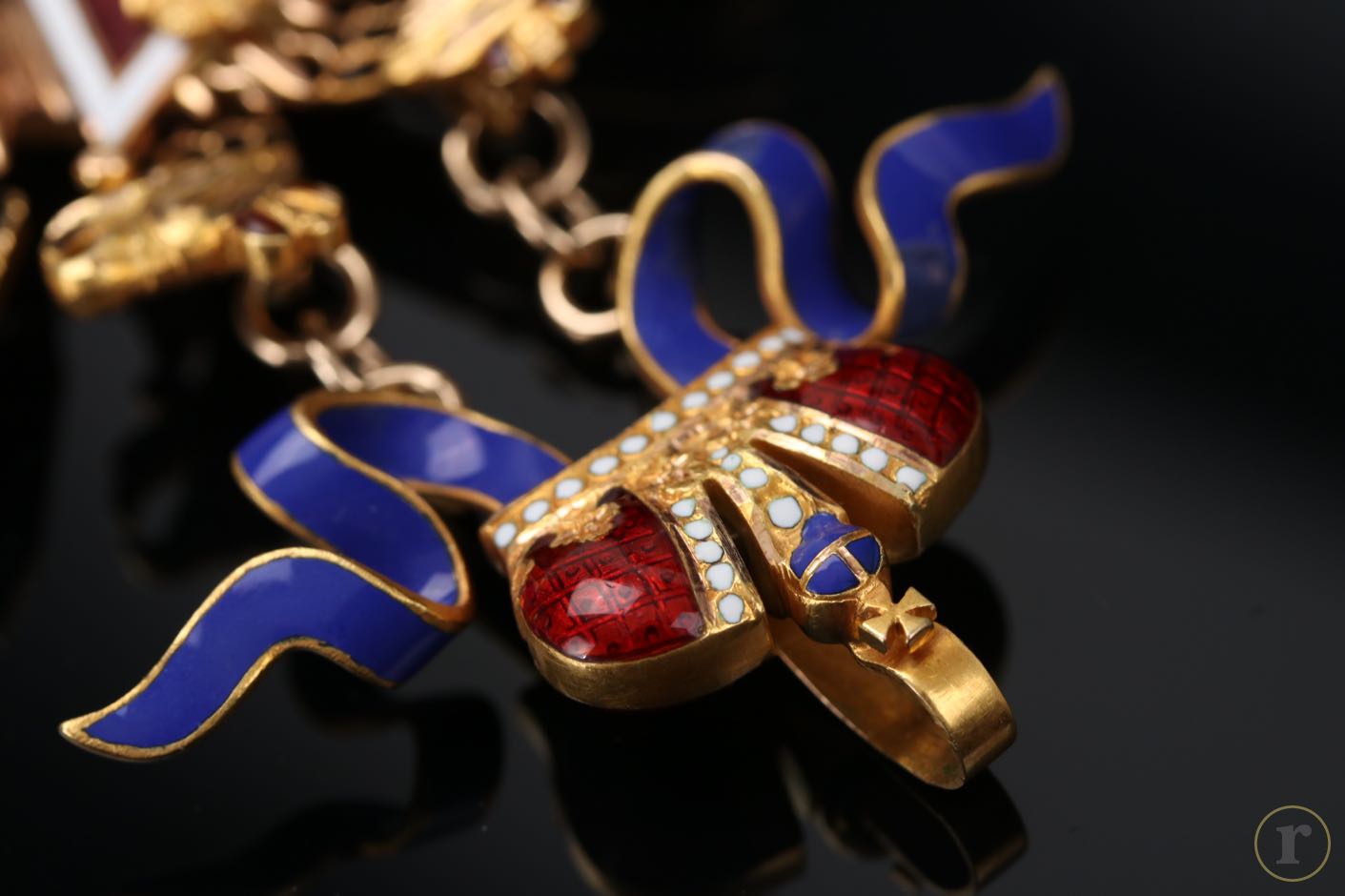 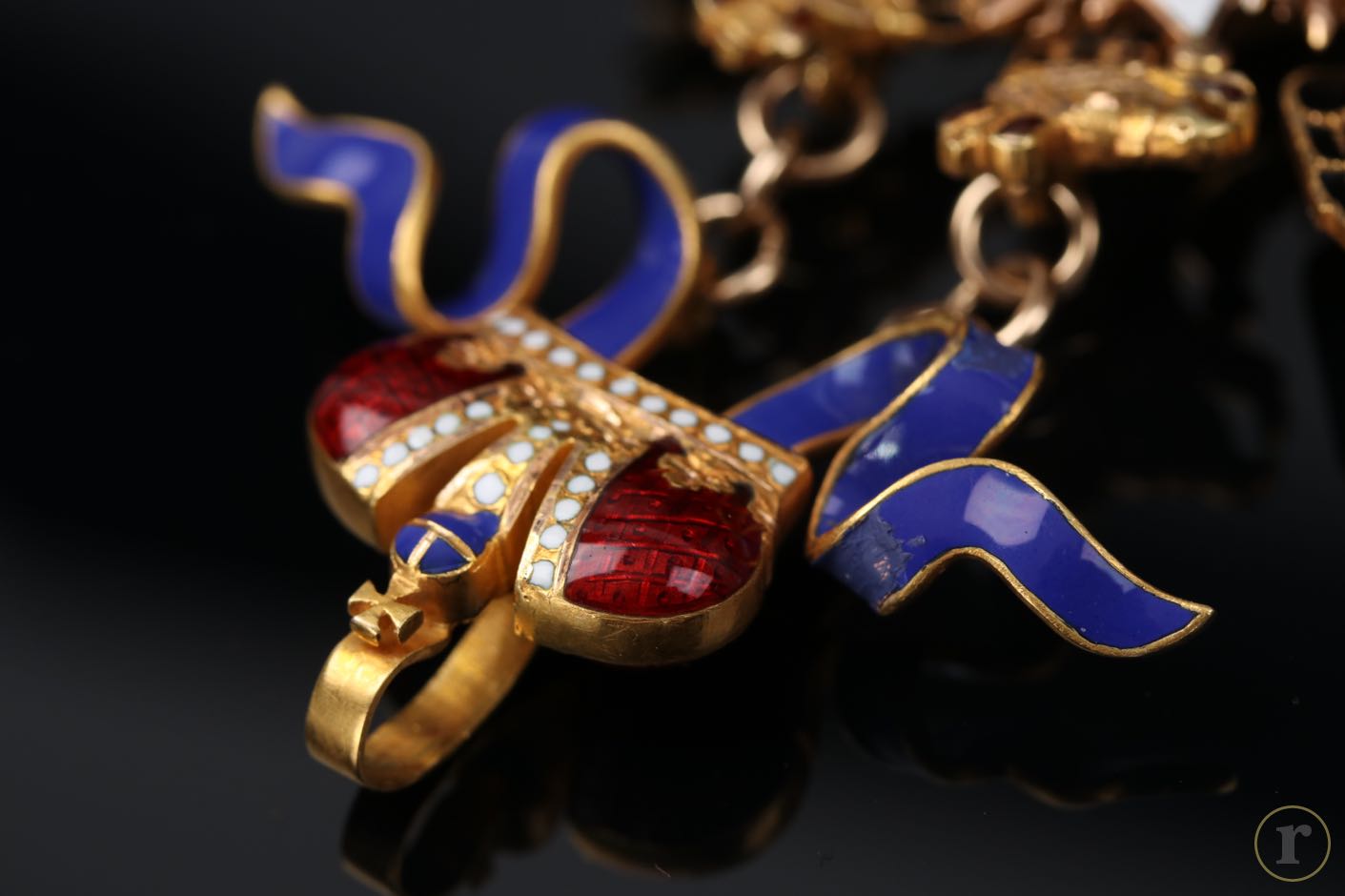 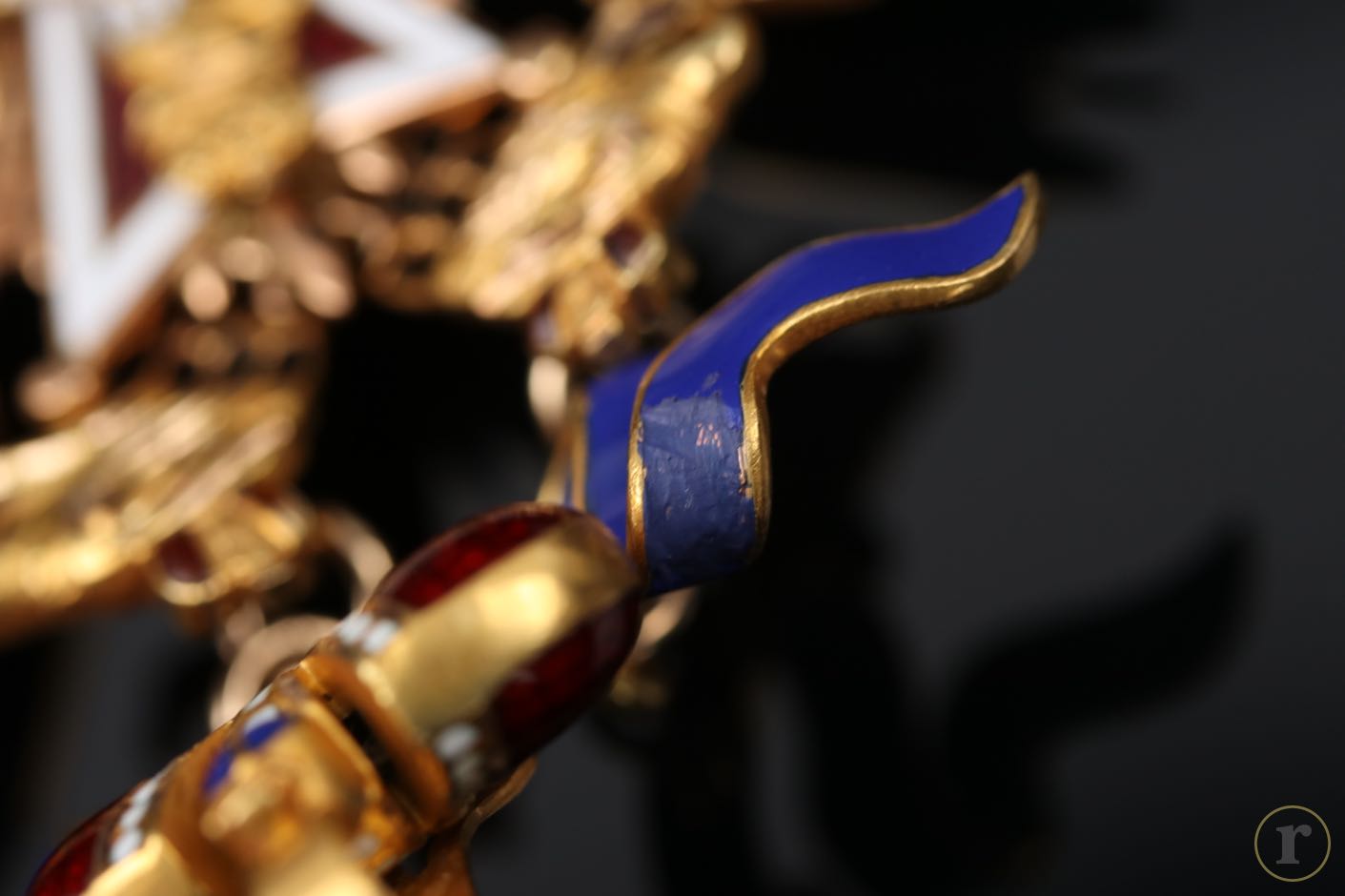 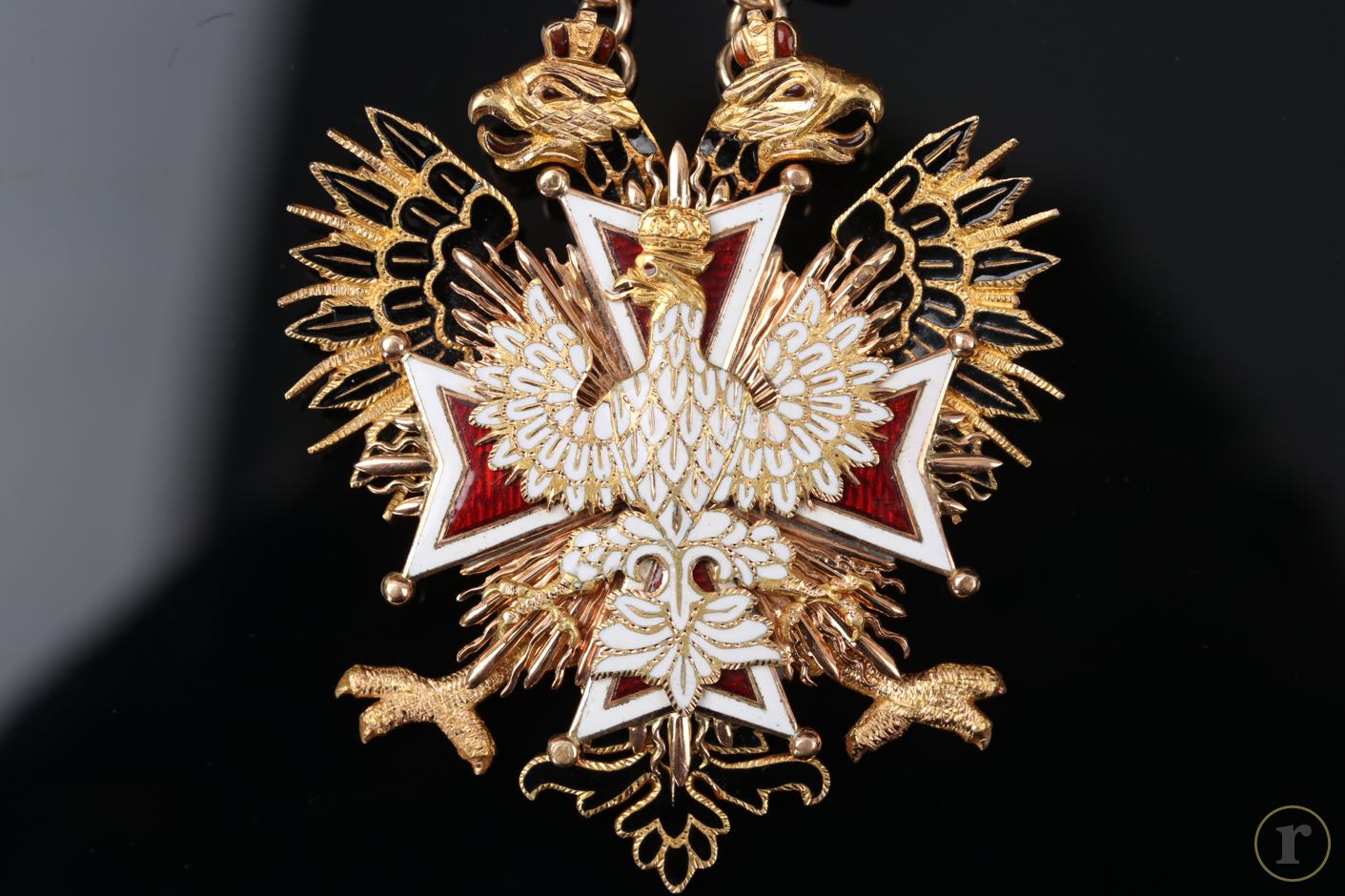 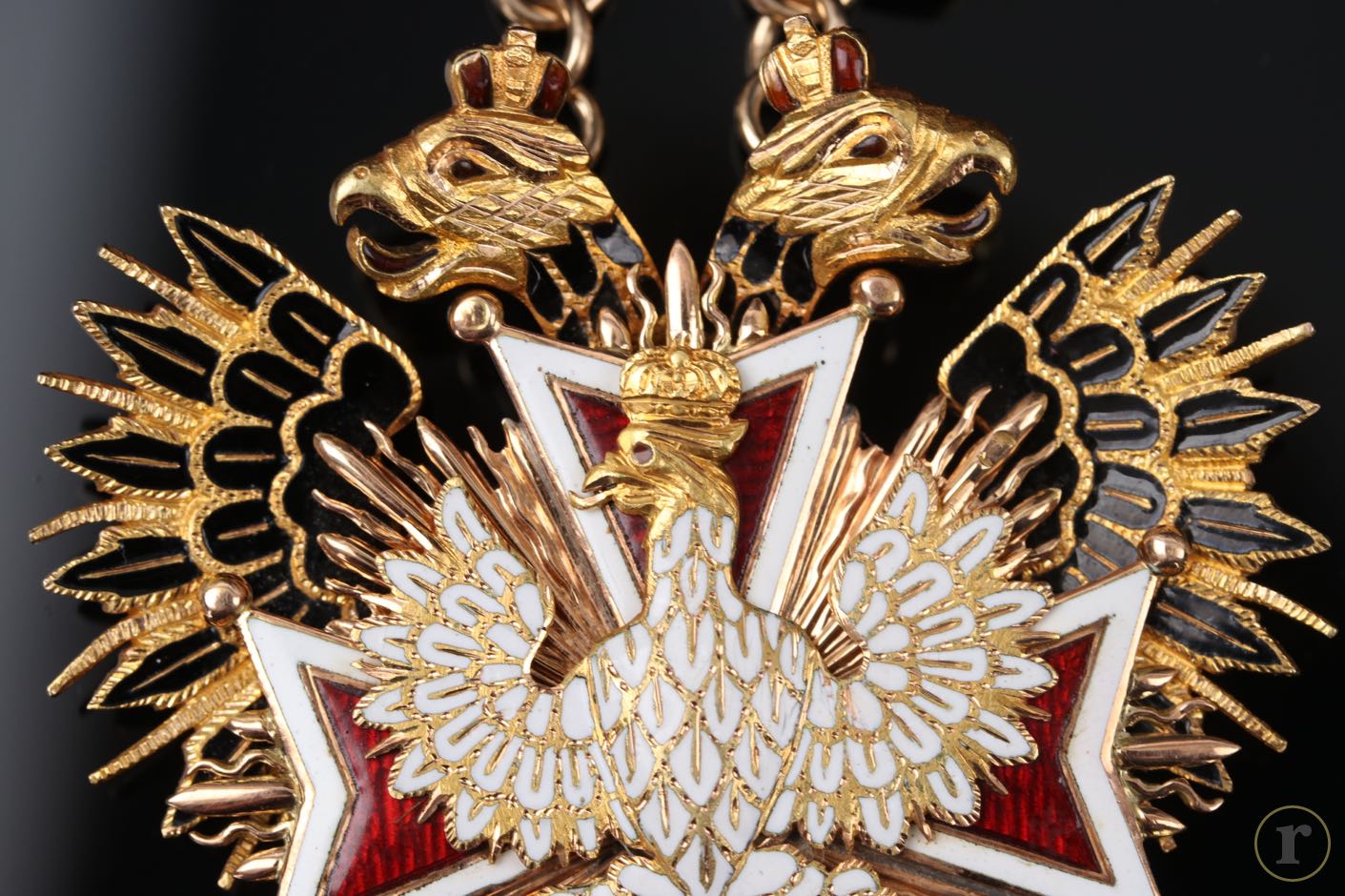 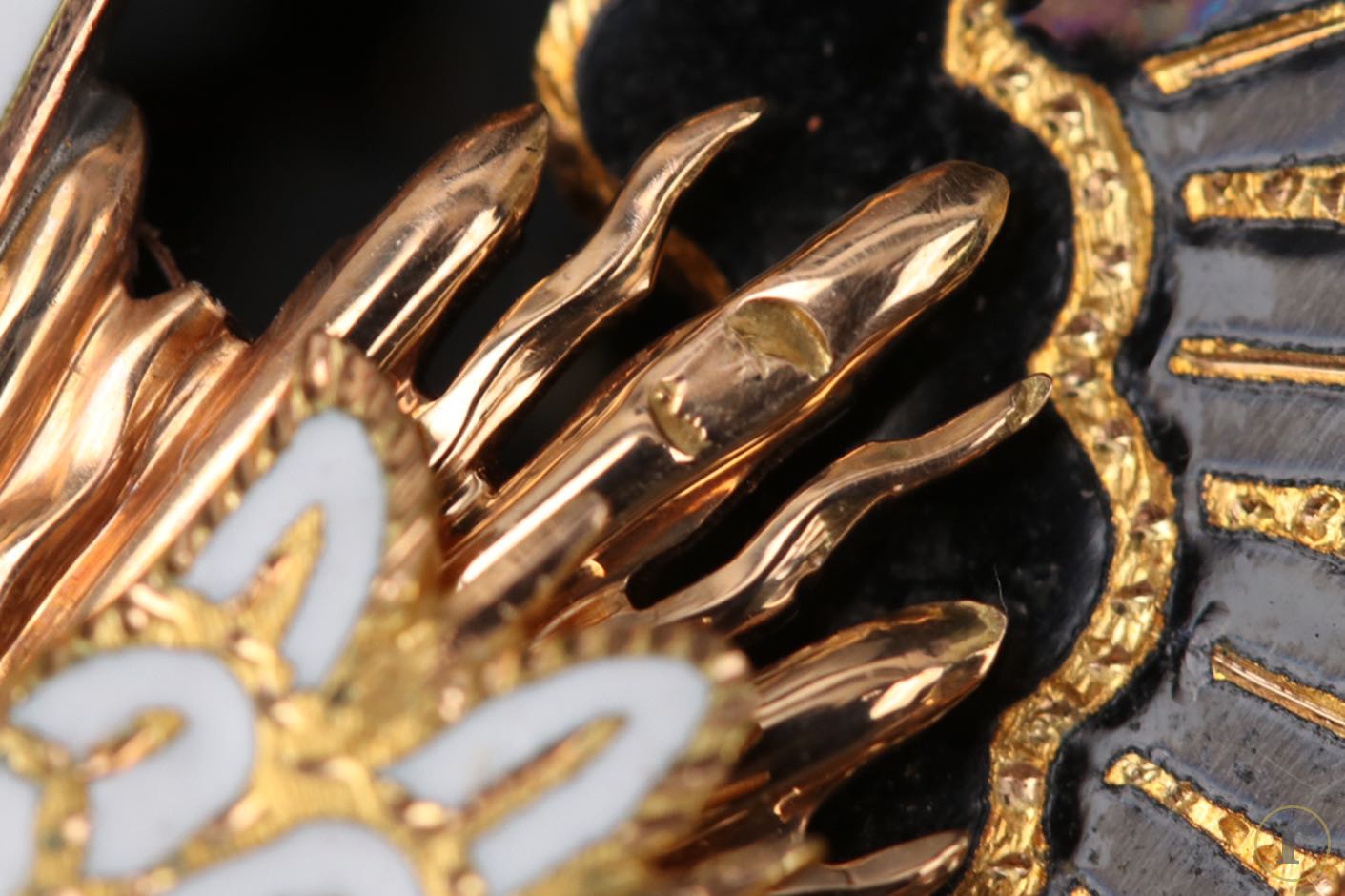 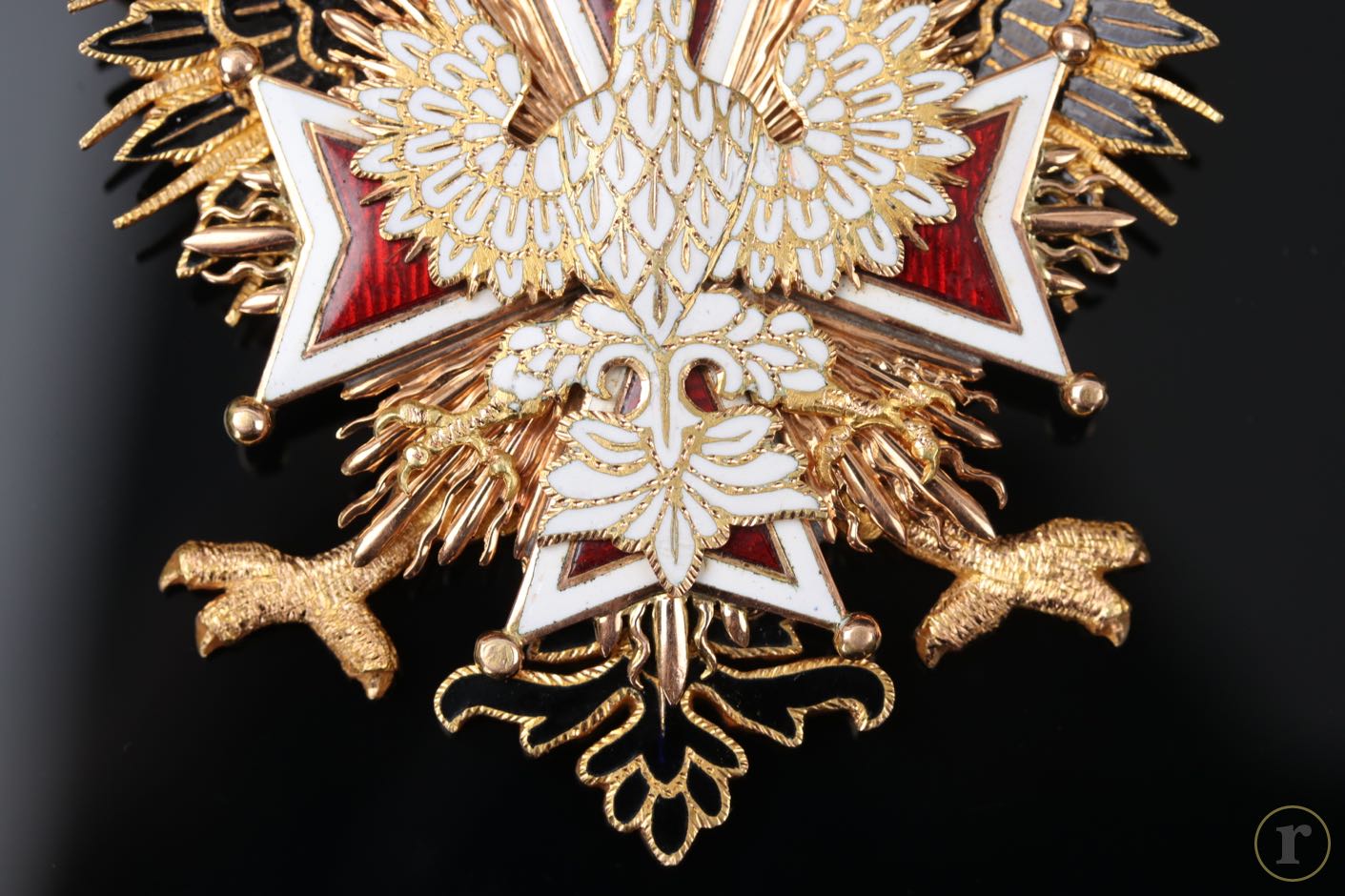 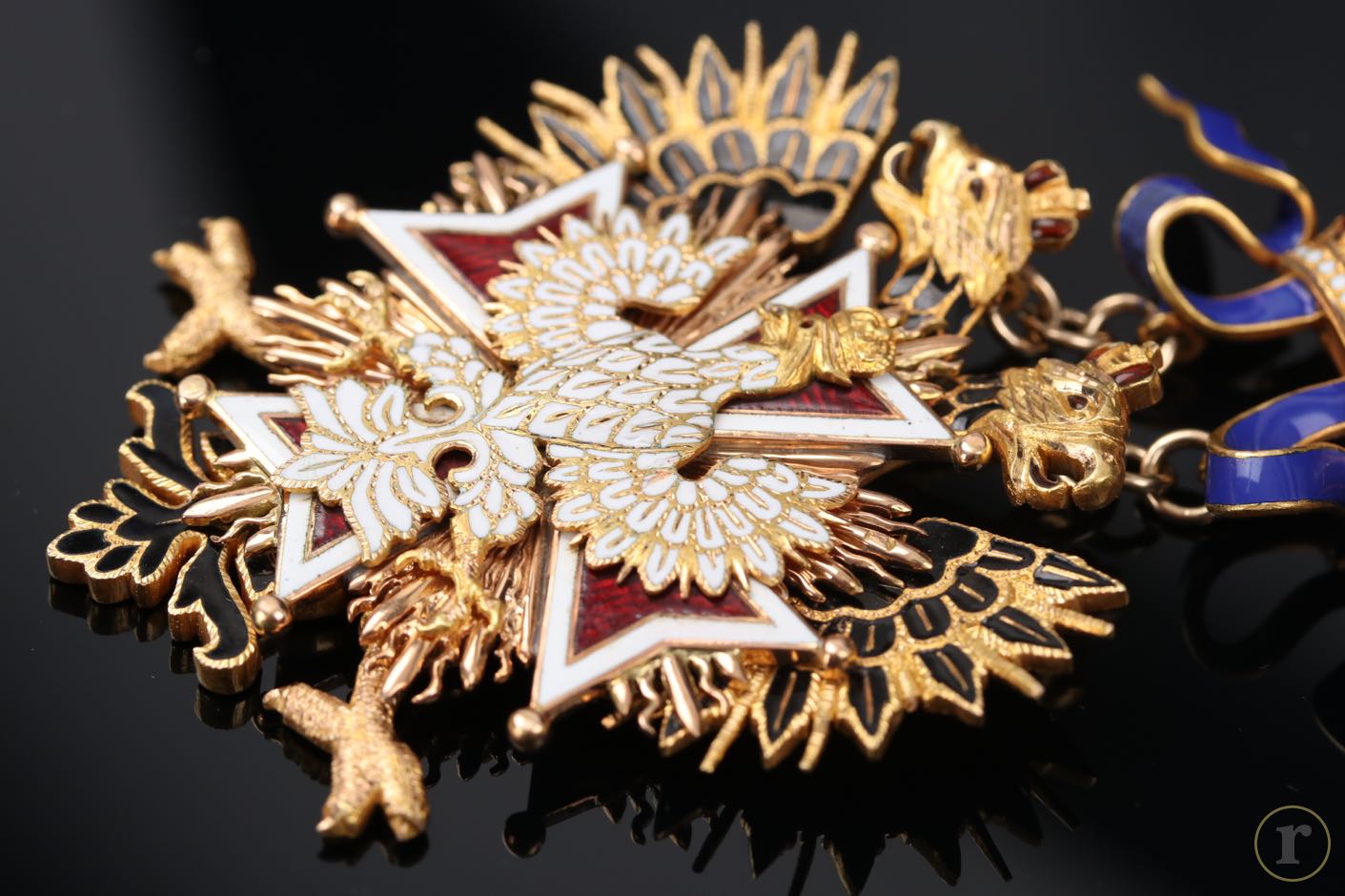 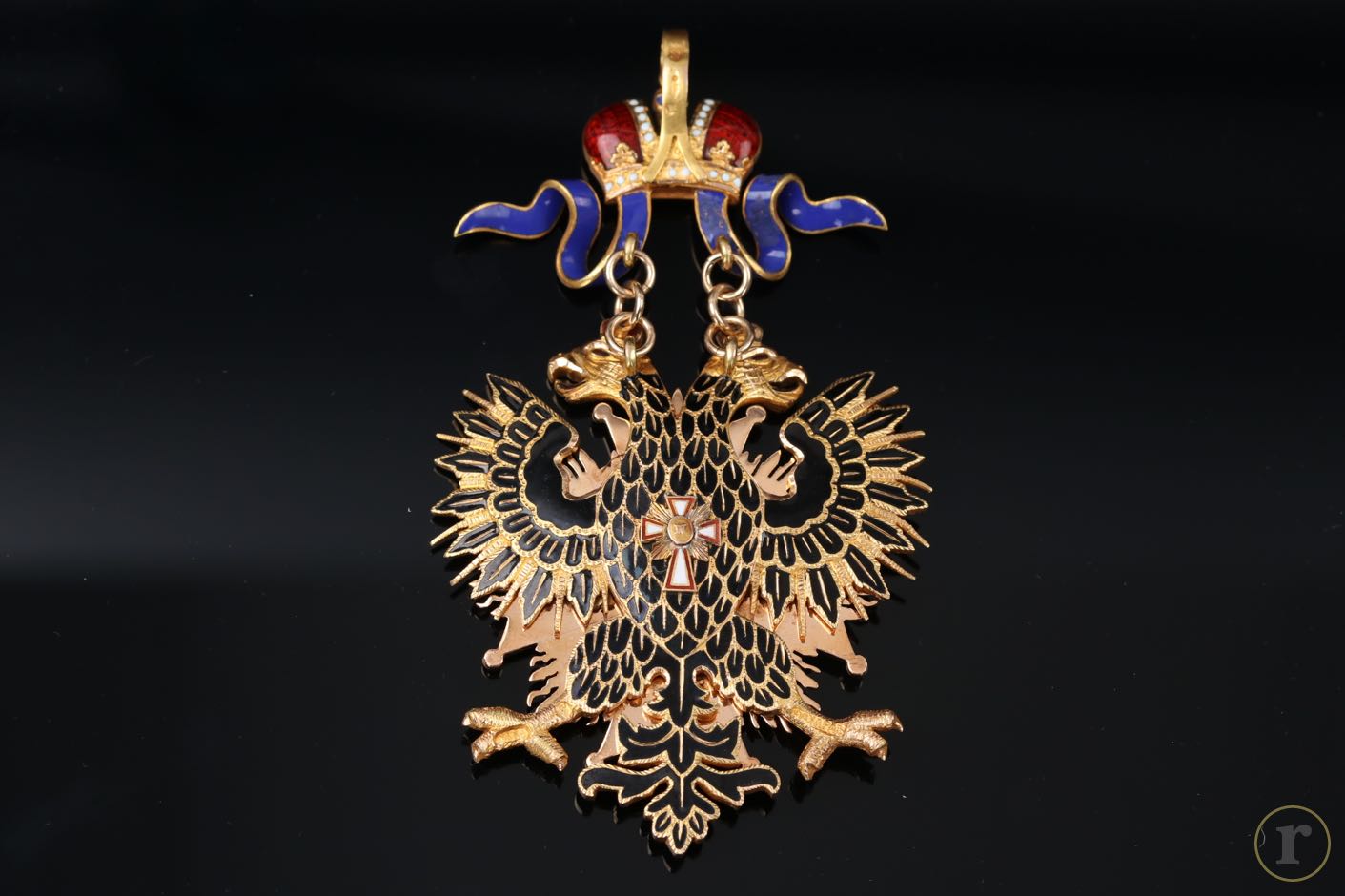 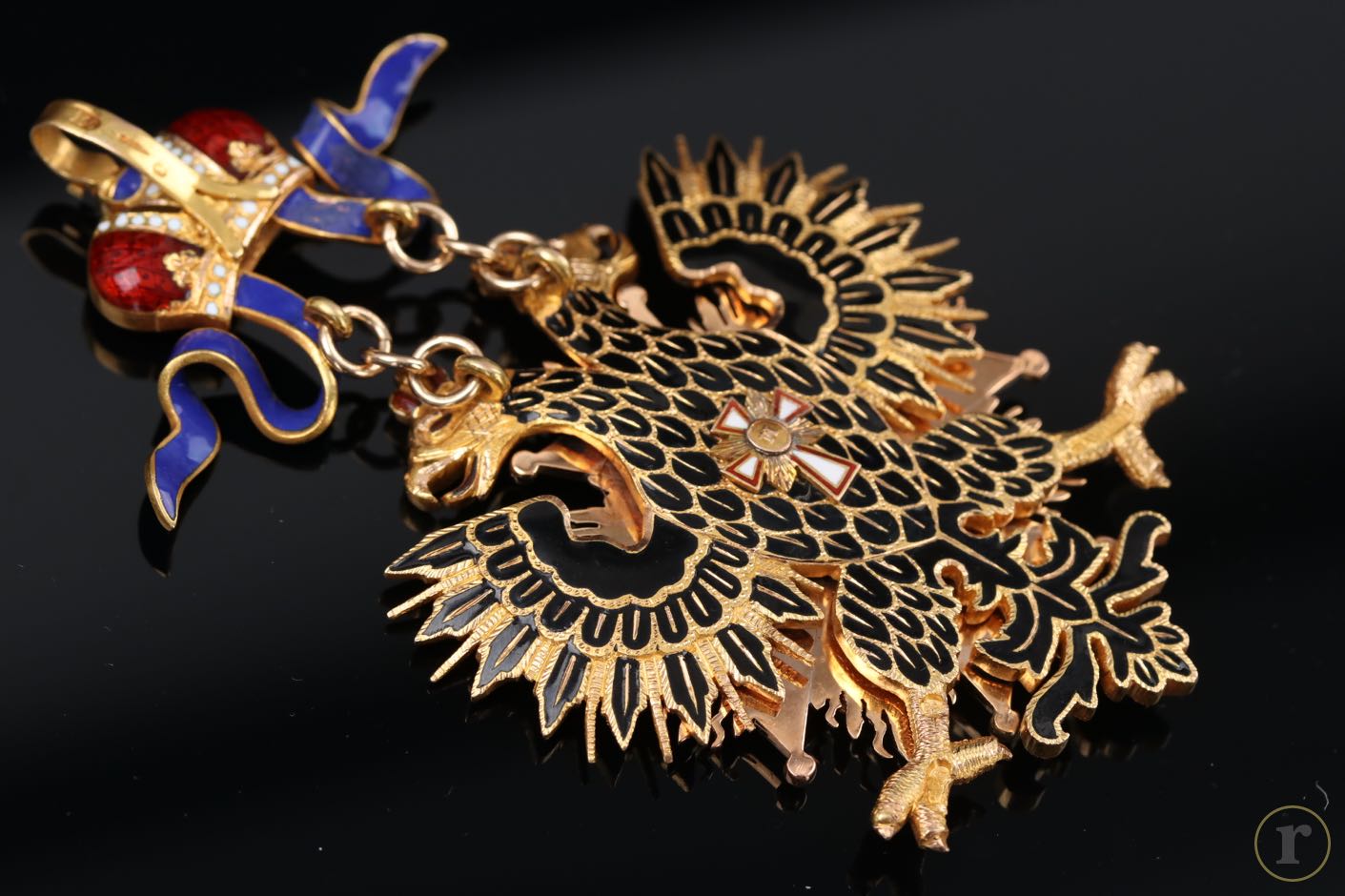 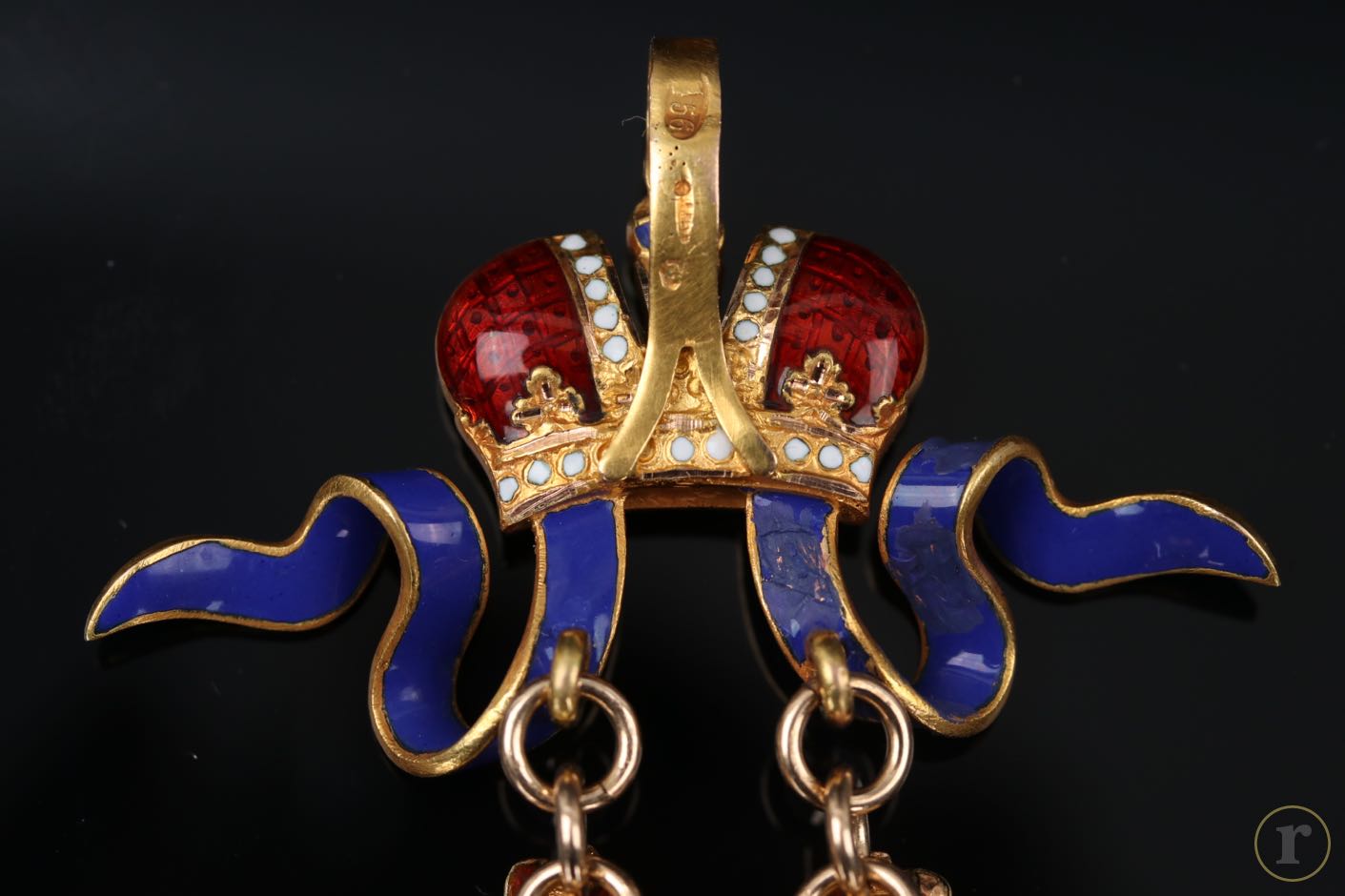 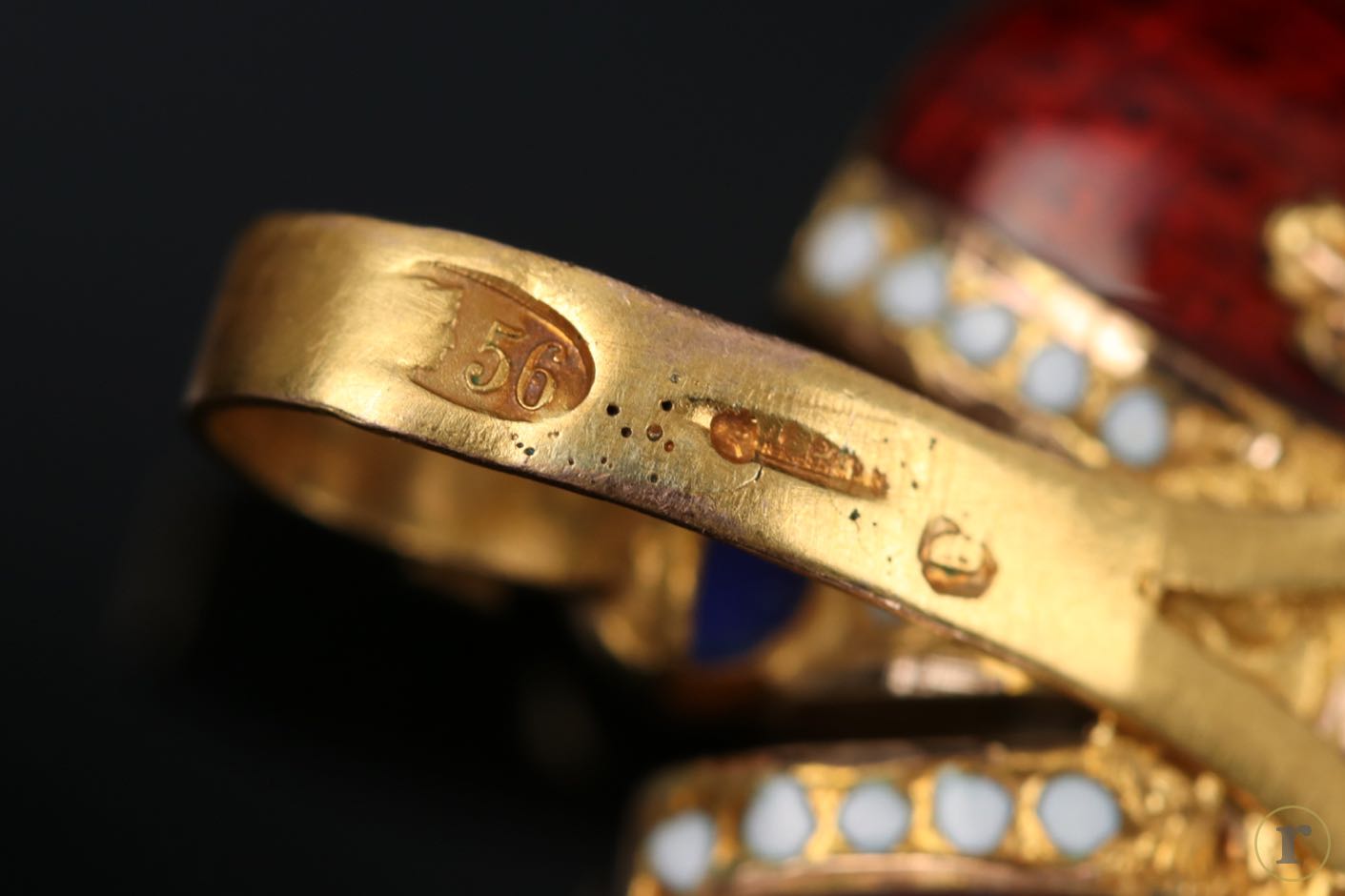 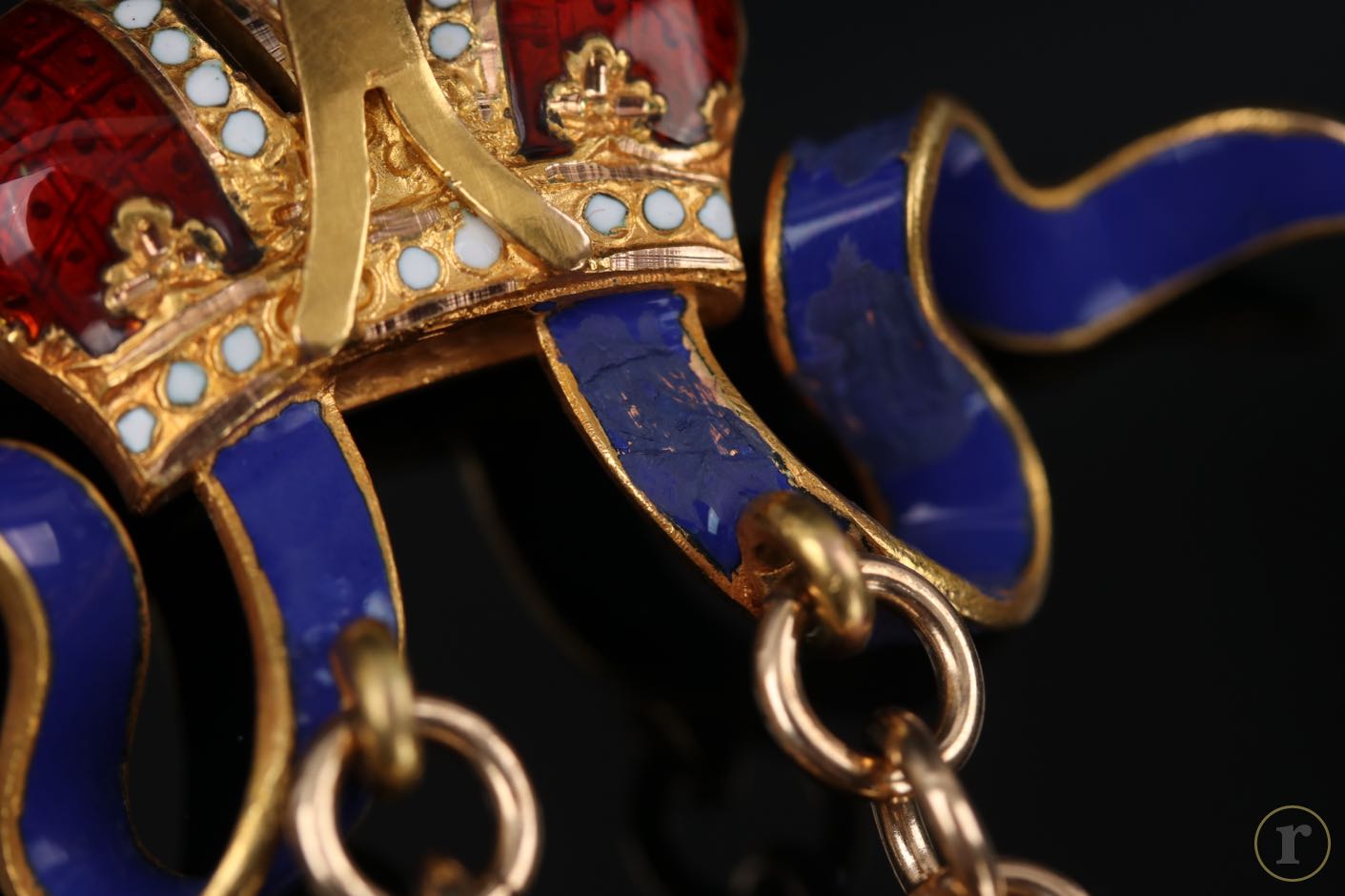 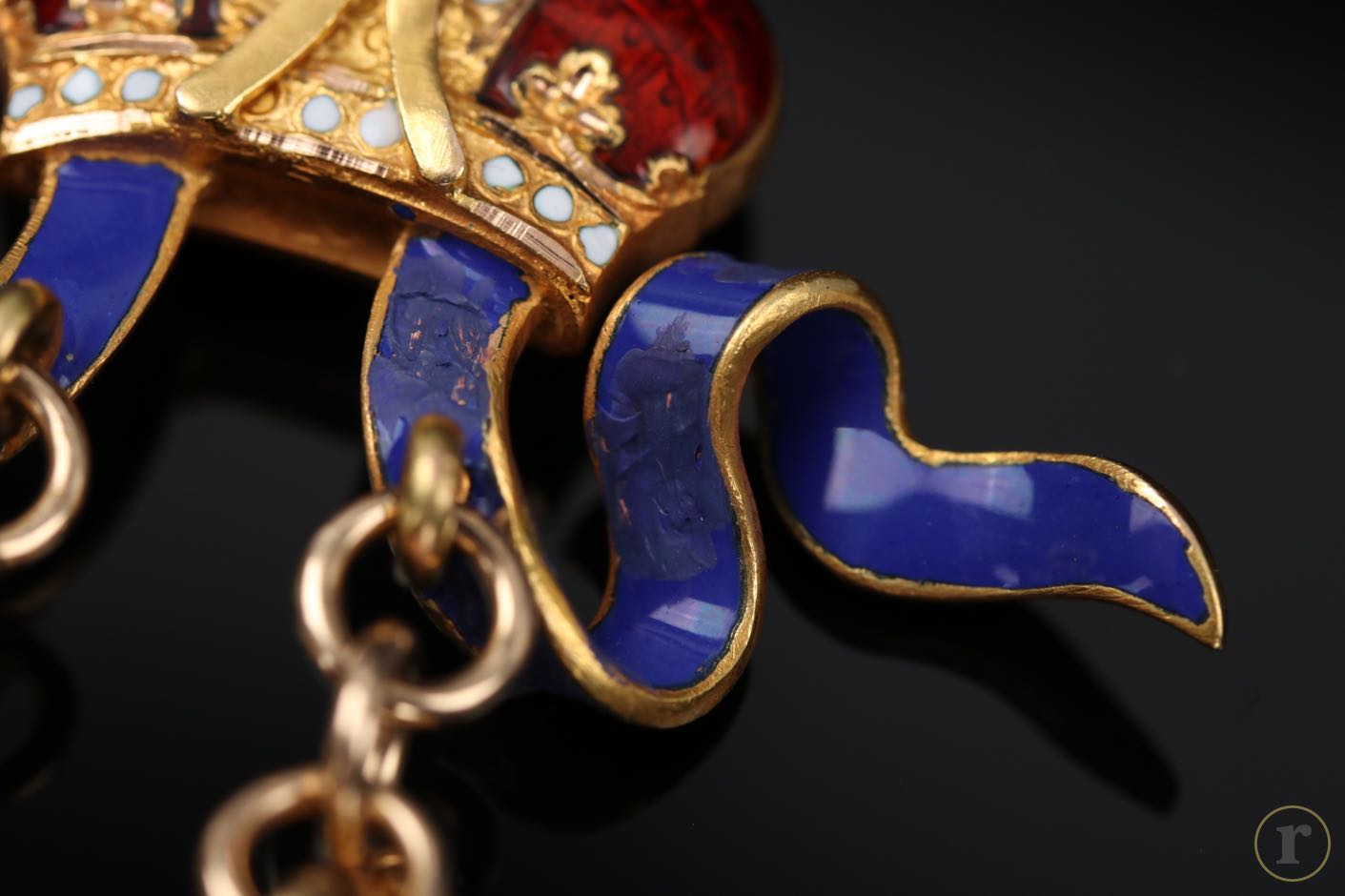 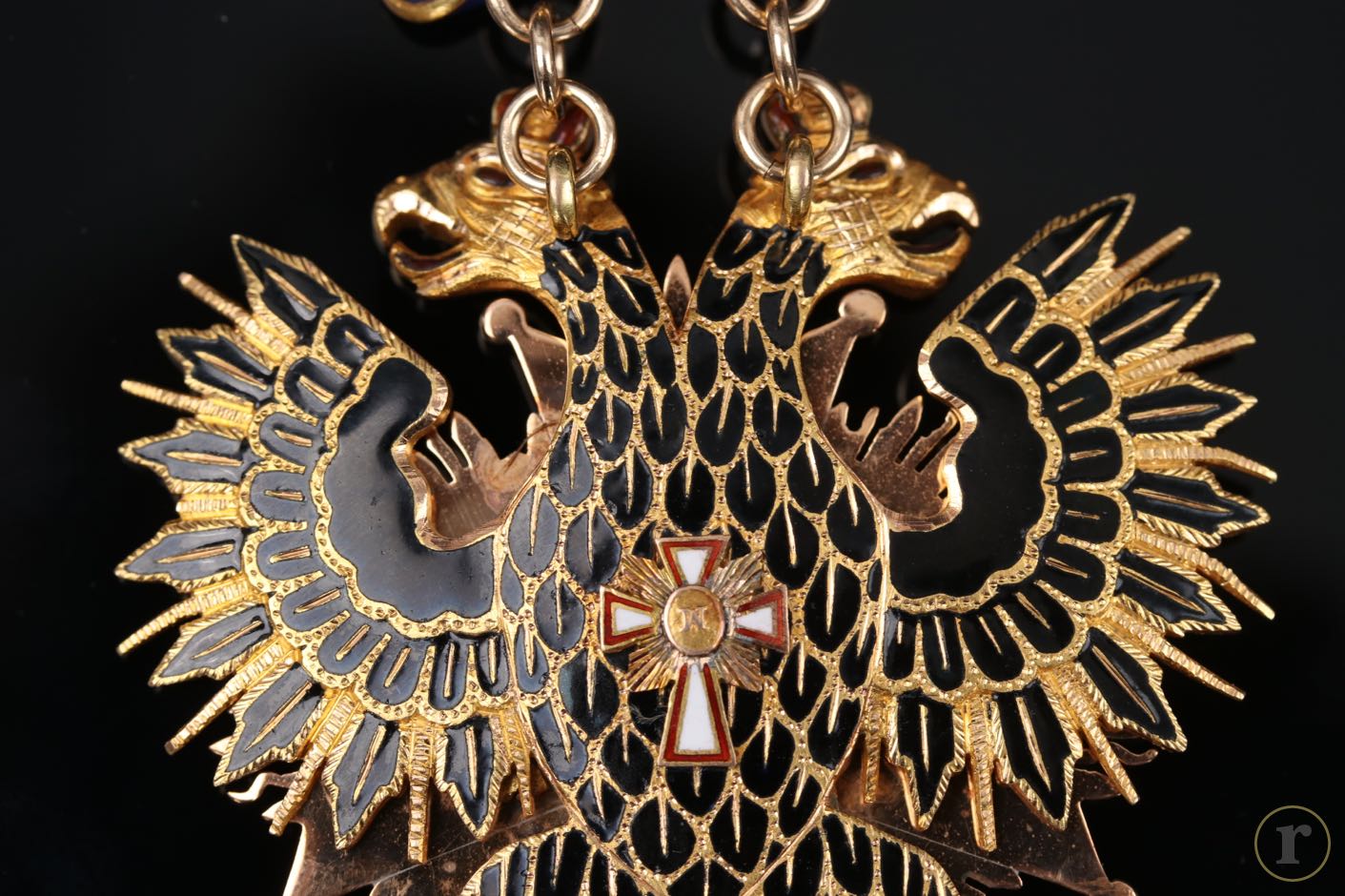 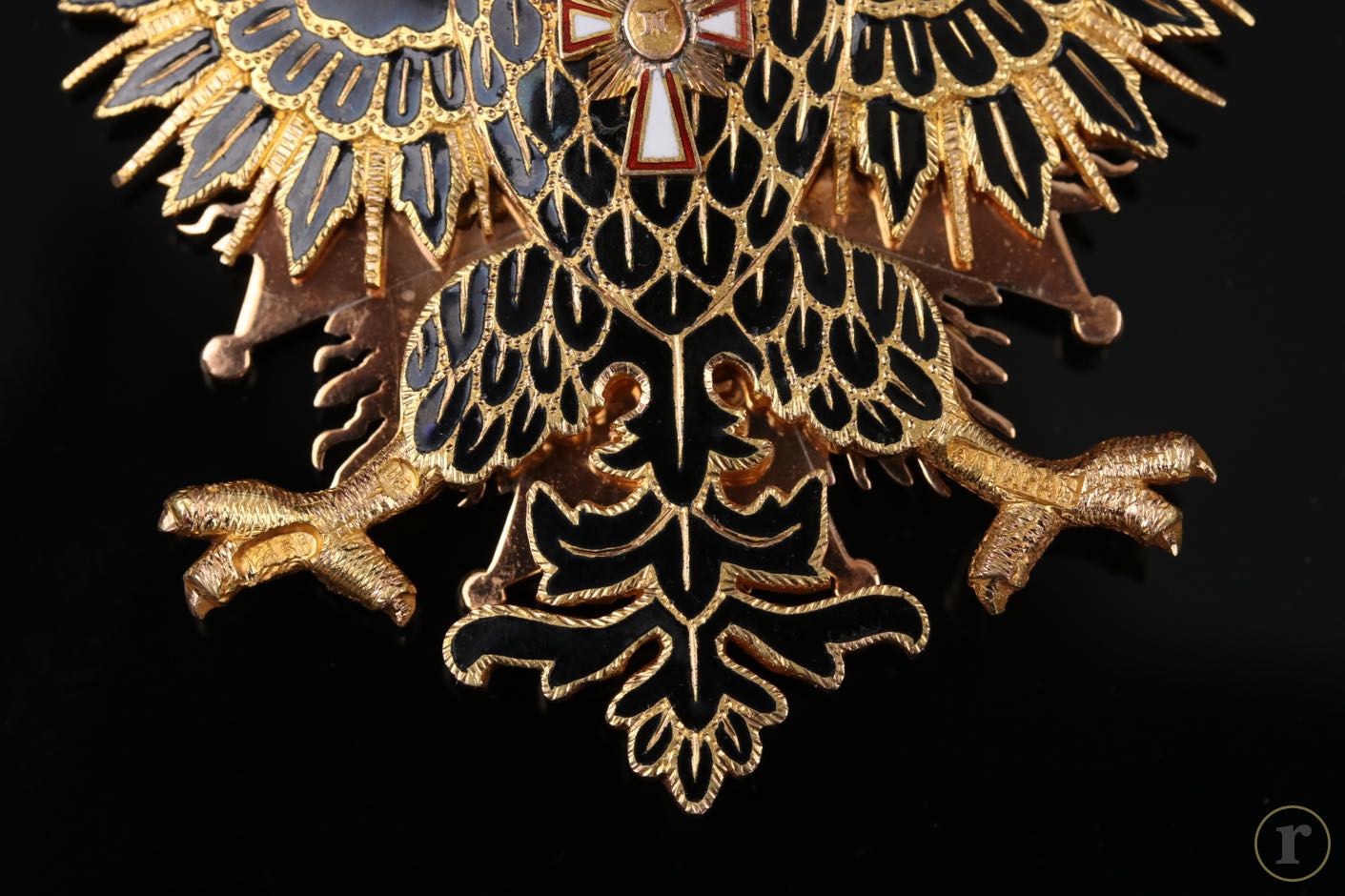 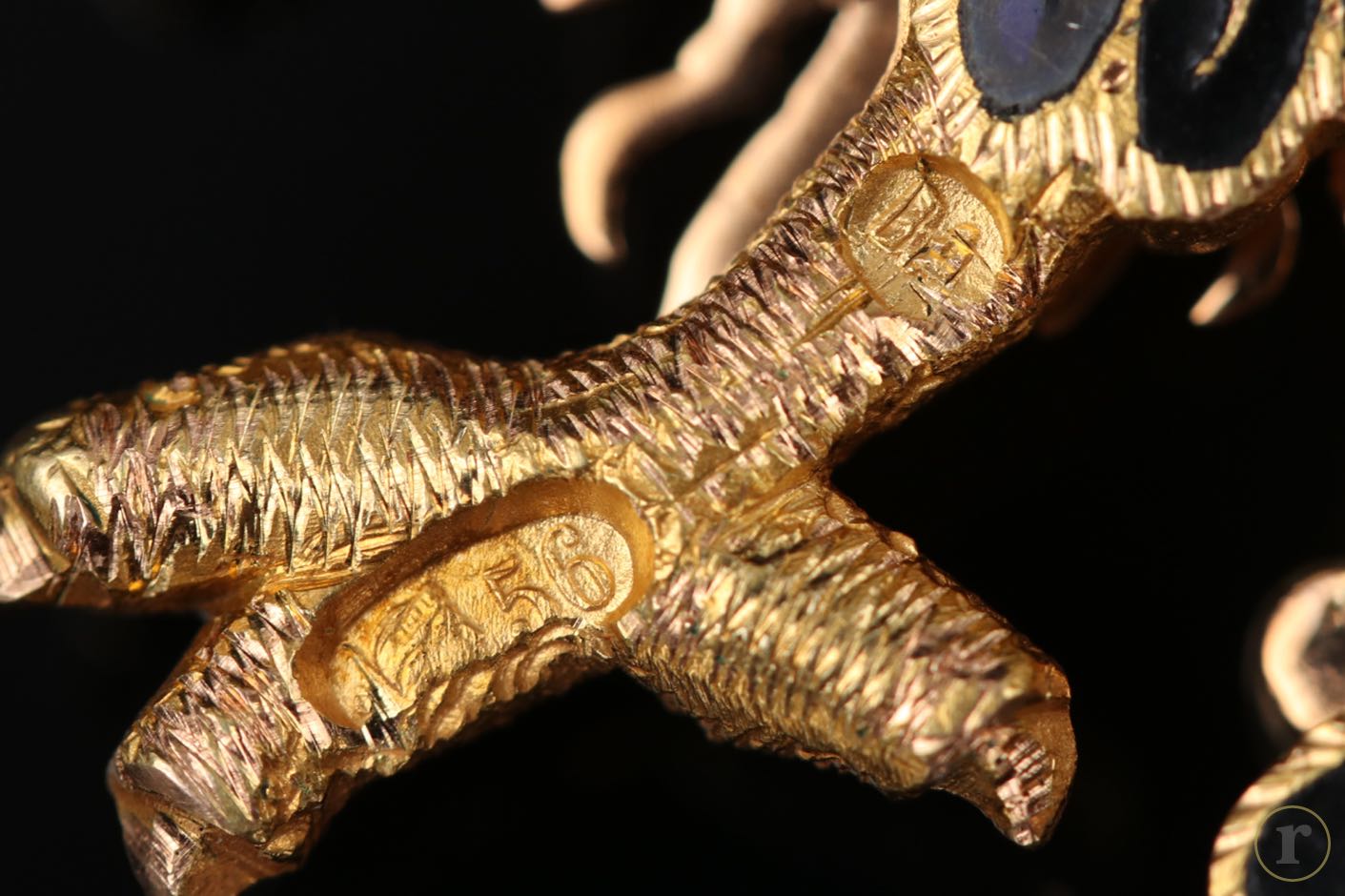