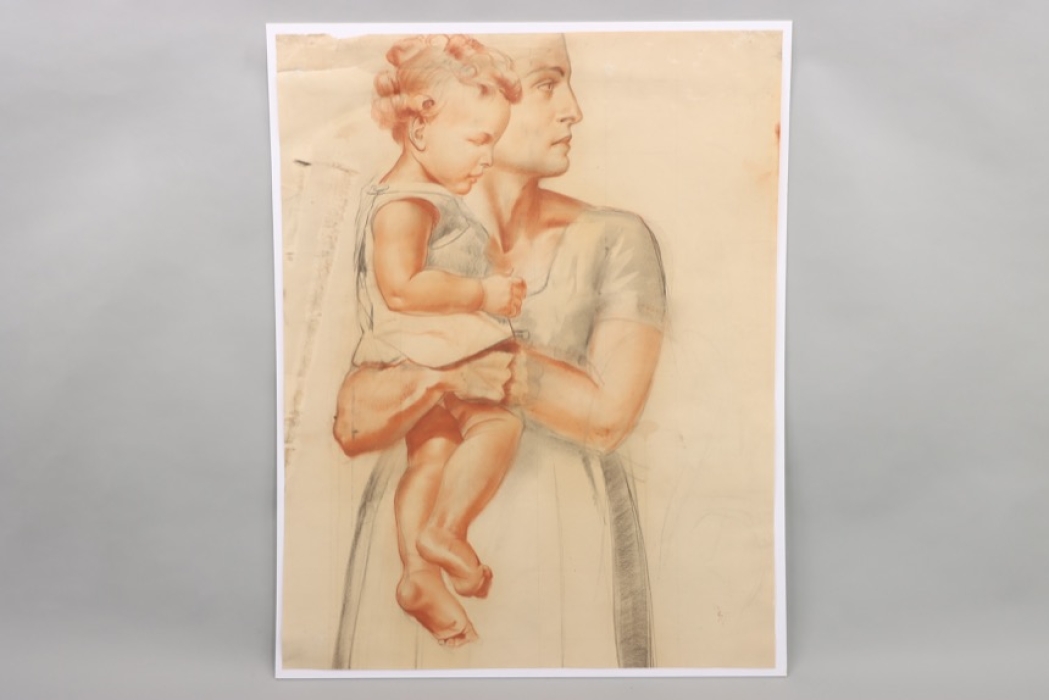 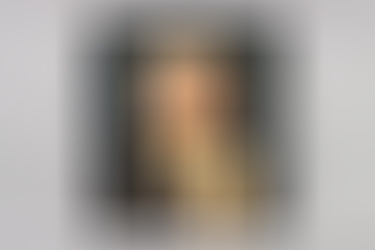 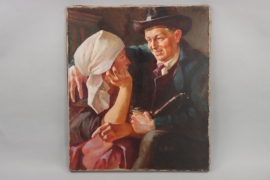 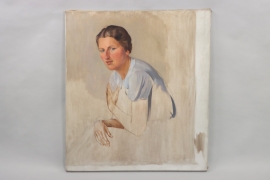 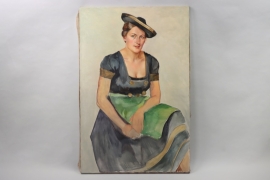 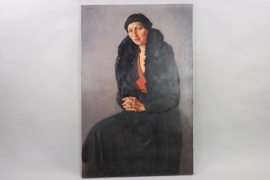 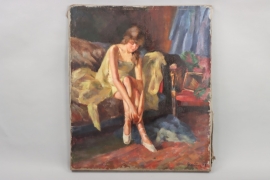 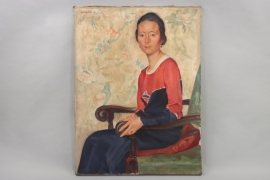 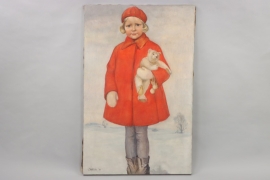 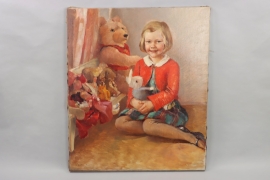 Diebitsch attended school in Hanover and then began an apprenticeship as a decorative painter. Due to the First World War, he suspended his training and volunteered in October 1915 as a war volunteer (navy). He received the Iron Cross, second class, for his service and was promoted to gunner in 1918. After the war, he completed the apprenticeship in decorative painting with the journeyman's examination. In the winter semester of 1919/20 he studied at the Art Academy in Munich, where he attended the drawing school with Hermann Groeber.

In addition to his artistic training, Diebitsch also began to get involved politically when he moved to Munich. As early as 1919 he was in the armored train of the residents' militia in Munich. He met Dietrich Eckart and a little later Adolf Hitler and joined the NSDAP in May 1920 (member number 1463). In the spring of 1920 he took part in the Ruhr battles. In 1921, as a member of the Freikorps Oberland, he took part in battles on the German-Polish border and was seriously wounded in the battles at Annaberg. In Breslau he was one of the founding members of the local NSDAP group. In 1923 he undertook sabotage actions in the occupied Rhineland. Diebitsch viewed the development of the party after it was banned and re-established critically, which is why he resigned and initially did not apply for membership again (this did not happen until 1937 (membership no. 4690956)).

From 1923 to 1925 he attended the Munich Academy again, where he was again a student of the then influential Hermann Groeber. In addition to Diebitsch, important students of Groeber included Thomas Baumgartner, Hermann Otto Hoyer, Ginger Paulsen and Hans Stadlberger. After completing his education at the Academy at the latest, Diebitsch worked as a portrait and genre painter in Munich. The results were remarkable portraits of high quality. The Impressionist-influenced style of his teacher can sometimes be seen in his early works, while he found his own distinctly realistic style at the end of the 1920s.

On April 23, 1925 he married Anna, née Raithel. The marriage produced a son and daughter, Helga.

As late as the 1920s, Diebitsch turned to painting porcelain, but also painted glass and faience. From 1927 to 1931 he was manager of a porcelain painting company in Munich. Due to the economic conditions at the time, demand fell and he was initially unable to find a permanent job.

In 1933 he applied to join the SS, which was granted on September 9, 1934 (SS No. 141990). On the day he joined, Heinrich Himmler promoted him to SS Obersturmfuhrer. For Himmler, as head of the "Department for Cultural Research" within the personal staff of the RF-SS, Diebitsch became a central adviser on artistic questions. Together with Walter Heck, Diebitsch designed the SS uniforms. On January 1, 1936 he became SS Hauptsturmfuhrer, on November 9, 1936 SS Sturmbannfuhrer and on July 25, 1937 SS Obersturmbannfuhrer.

In the years that followed, Diebitsch received numerous public contracts. Among other things, he designed the scabbard for the SS dagger M36, arranged for the design of SS barracks, created the designs for various postage stamps and designed costumes. His most famous work is certainly the Yule candlestick - the main product of the PMA.

On the occasion of Joachim von Ribbentrop's appointment as SS Obergruppenfuhrer in 1940, Heinrich Himmler gave him the monumental painting "Defense of the Leibstandarte - SS" by Karl Diebitsch.

On January 4, 1937, Diebitsch went to the baptismal ceremony of the then one-year-old Thorisman Wolff, son of Karl Wolff, Heinrich Himmler's chief adjutant. The ceremony was designed by Karl Maria Weisthor, along with Himmler and Heydrich, one of the godparents.

In 1939 Diebitsch was best man at the marriage of Jochen Peiper, whom he had known since 1935, and his wife Sigurd Hinrichsen, one of Himmler's secretaries. Diebitsch remained close friends with the Peipers.

On April 20, 1939, Adolf Hitler awarded him the title of professor at Himmler's request.

After the Second World War, Karl Diebitsch worked for the Heinrich & Co. porcelain factory in Selb, among other things. At that time, together with Karl Mötsch, he developed the so-called Heinrich Gemmo porcelain, a special method of processing porcelain in which the motif to be painted is concavely ground into the porcelain by hand. In 1955-56 he worked briefly for the newly founded Niederrhein porcelain factory and shortly thereafter (1957) he worked for Lorenz Hutschenreuther in Selb. In 1959 his book “Figuren. Porcelain sculpture then and now” was published (Bamberg). In the last years of his life, Diebitsch returned to painting. He died as a widower on August 6, 1985 in his apartment in Kreuth.

TITLE: Untitled [Mother with her daughter on her arm; Preparatory work for an (unknown) larger work]. Most likely his wife Anna with their daughter Helga.

MATERIAL: Red chalk and pencil over delicate squaring in lead on sand-colored paper, glued to white cardboard in a few places.

The present drawing is a preparatory work for a larger work. In particular, the squaring in pencil indicates that the motif was intended as a larger work (perhaps as a mural?).

In terms of motif, this work is close to the two "Mother" paintings that were presented in 1938 and 1939 at the "Great German Art Exhibitions". In those two paintings however there are breastfeeding mothers in tranquil, rural landscapes. The expression of this drawing is far more feisty. The mother has her child in her arms and looks resolutely to the right edge of the picture. The serious look, the tendons in the neck and the muscles on the arm reveal the unconditional will of those shown.

In terms of drawing, it is an extremely successful composition as a whole, which at the same time provides an insight into the artist's working methods.


Condition
3
Click here to visit our shop! New arrivals on a regular basis! 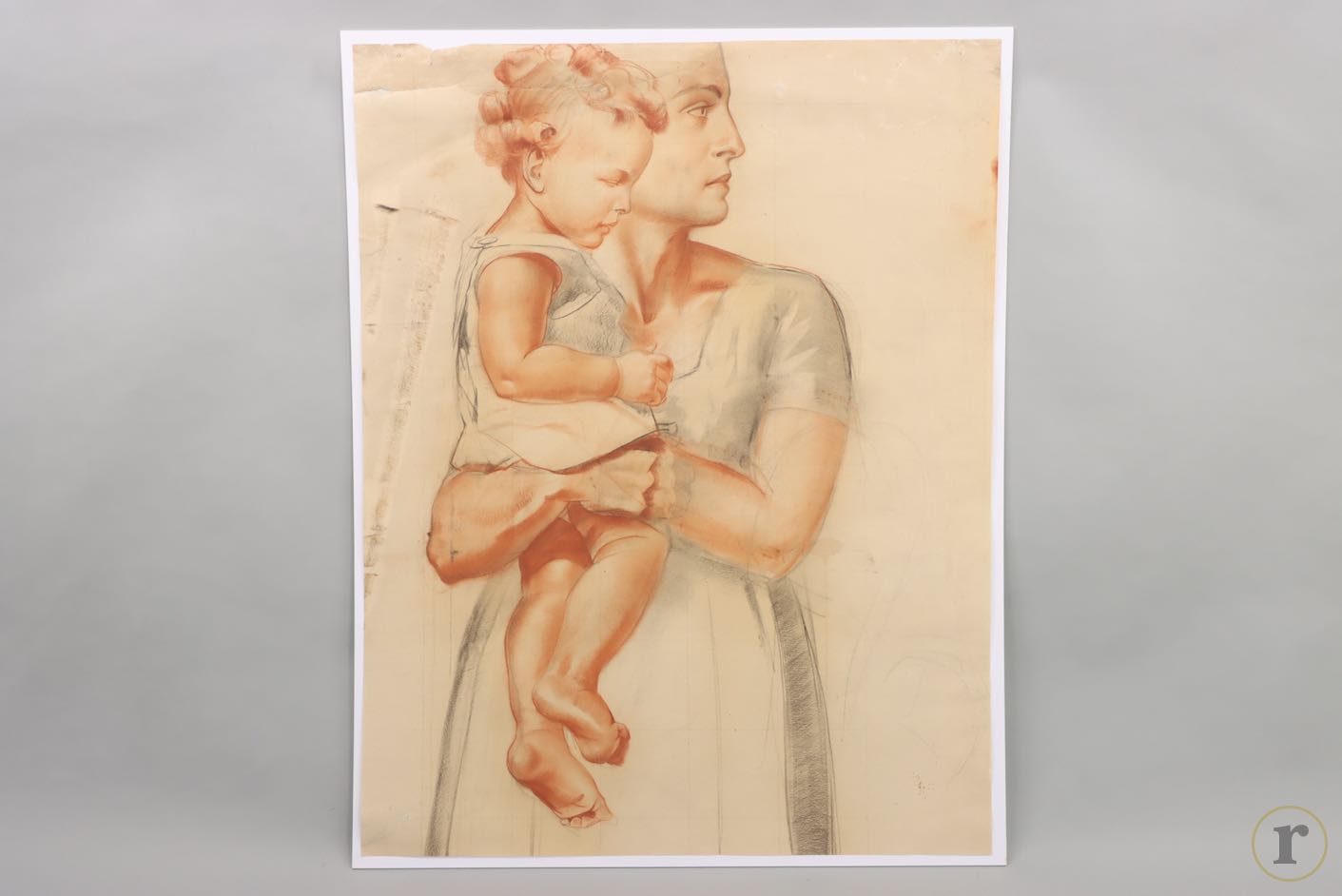 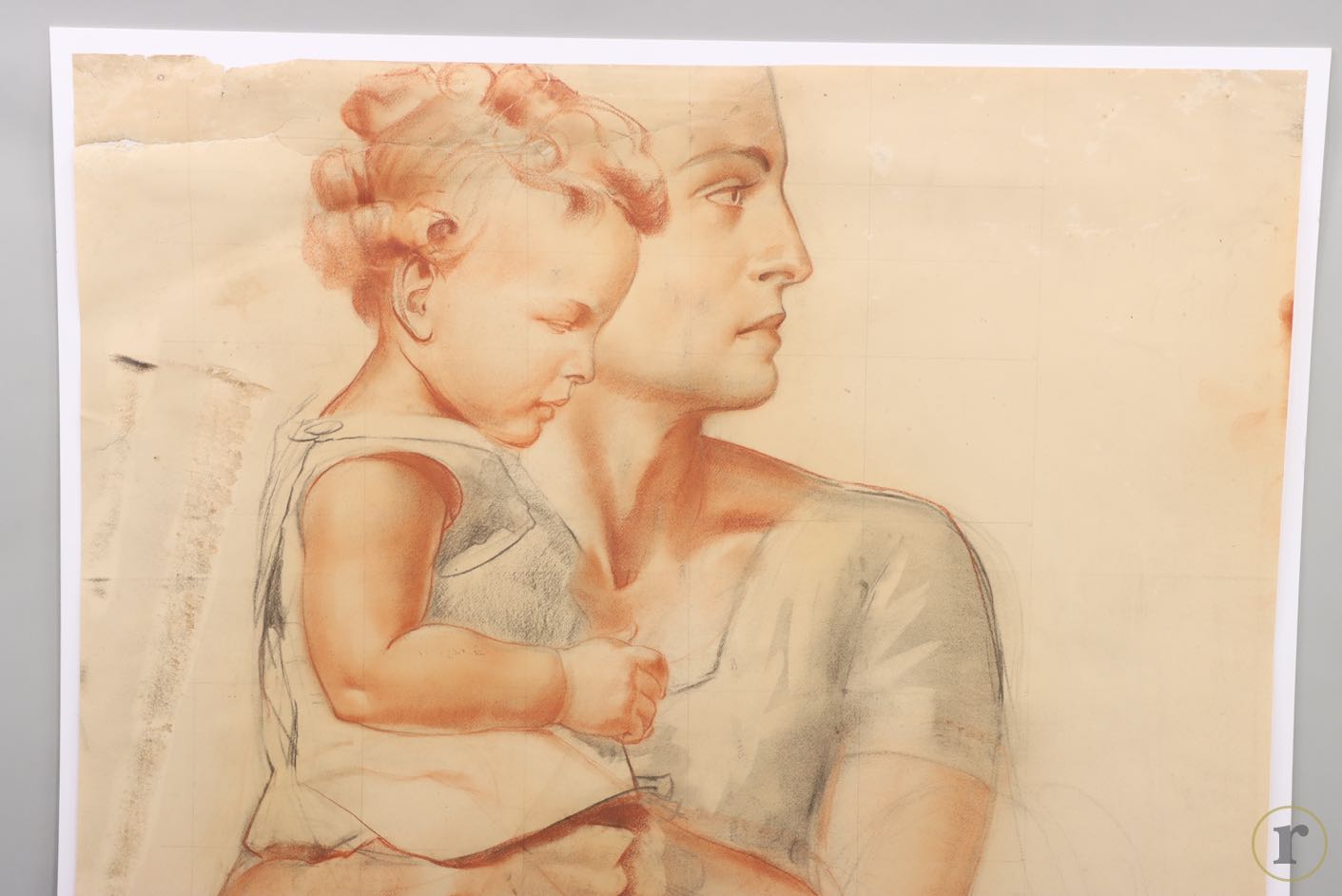 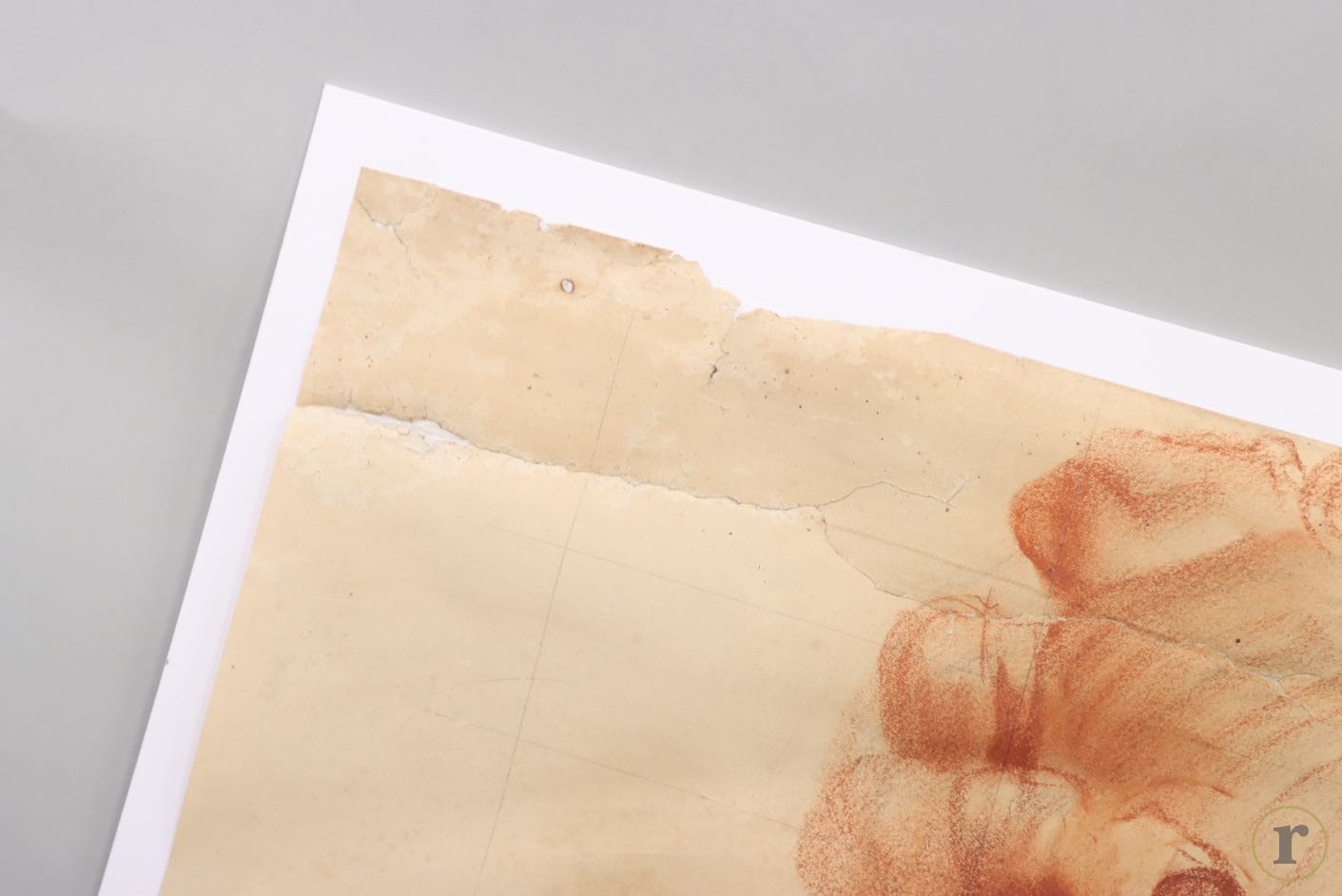 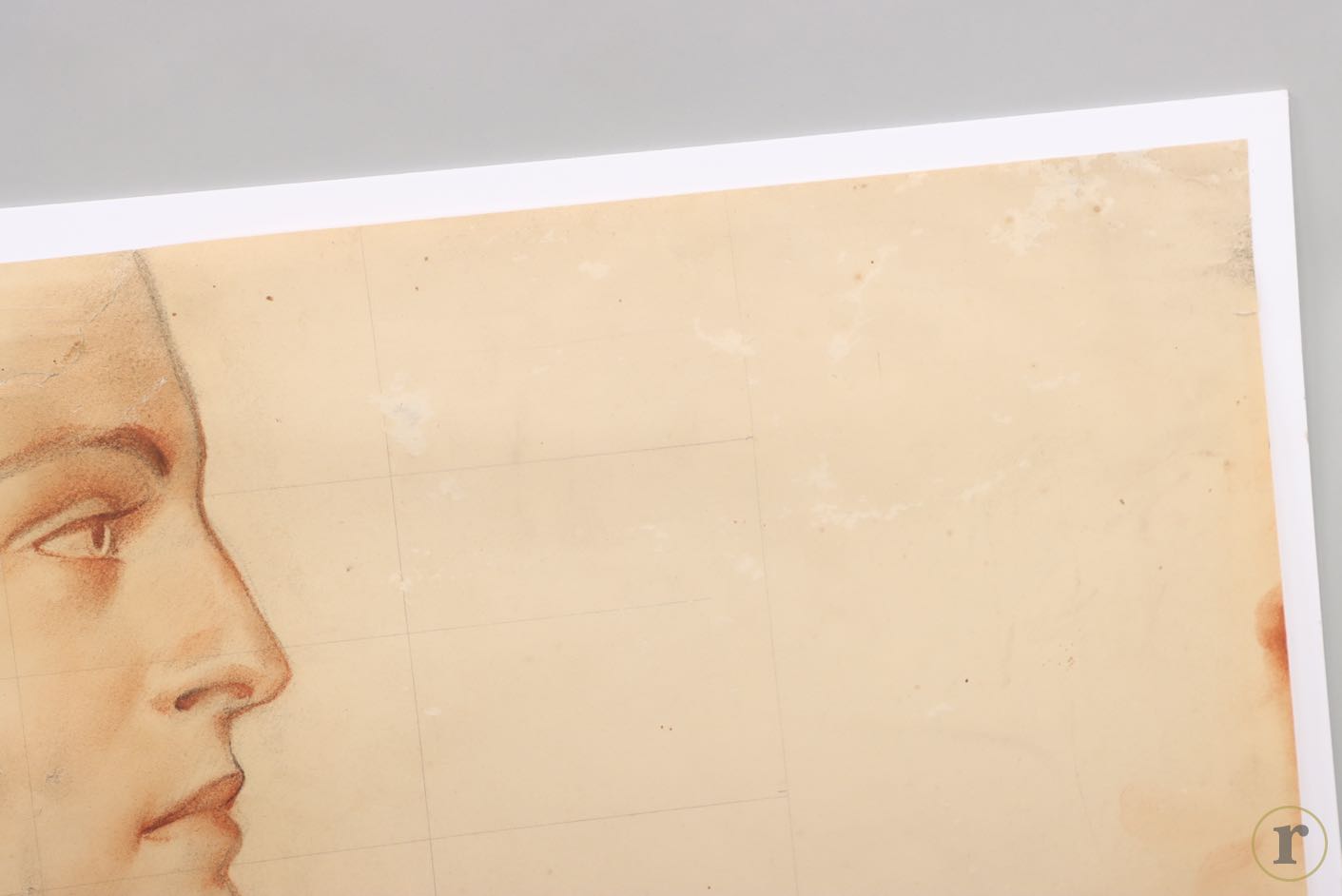 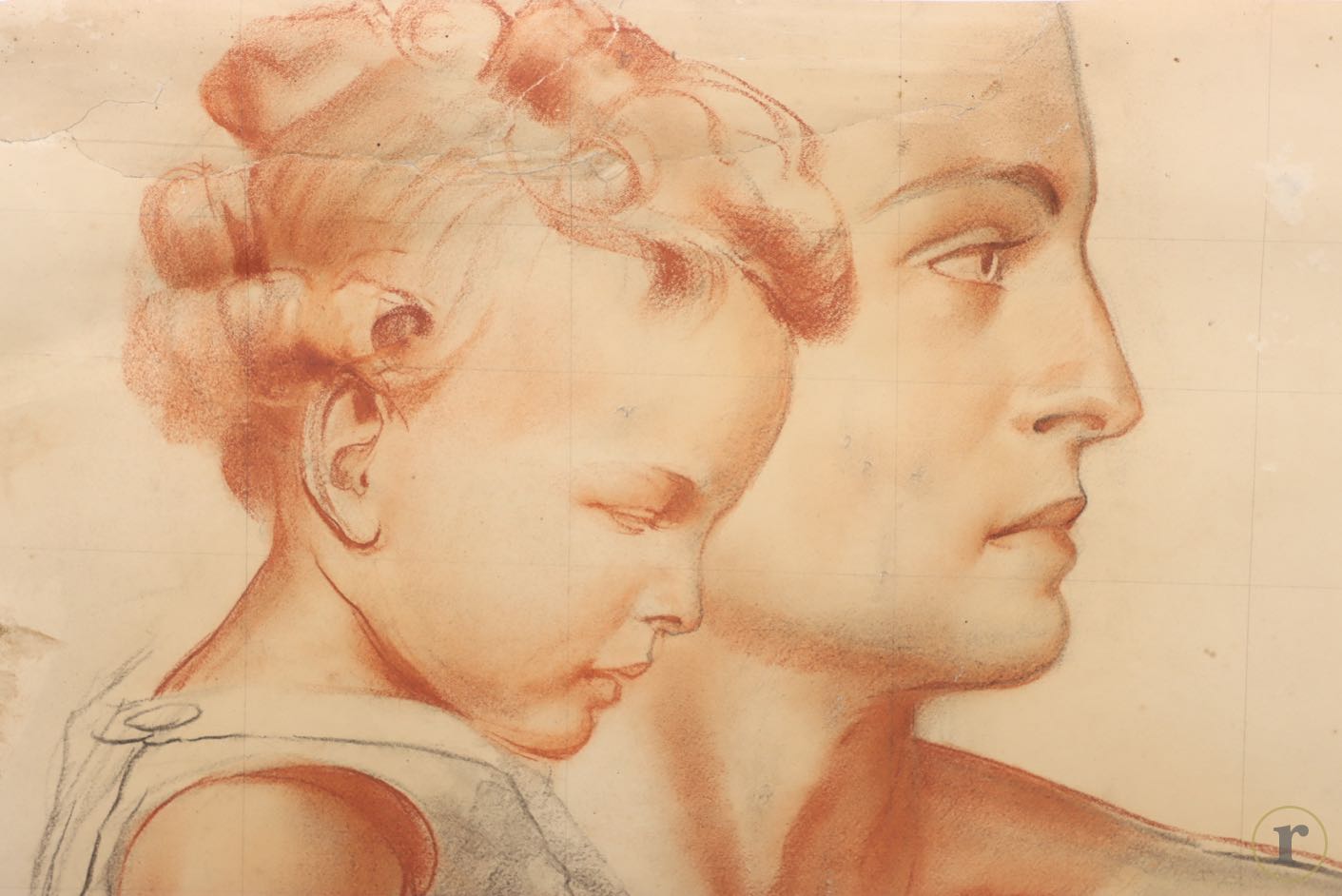 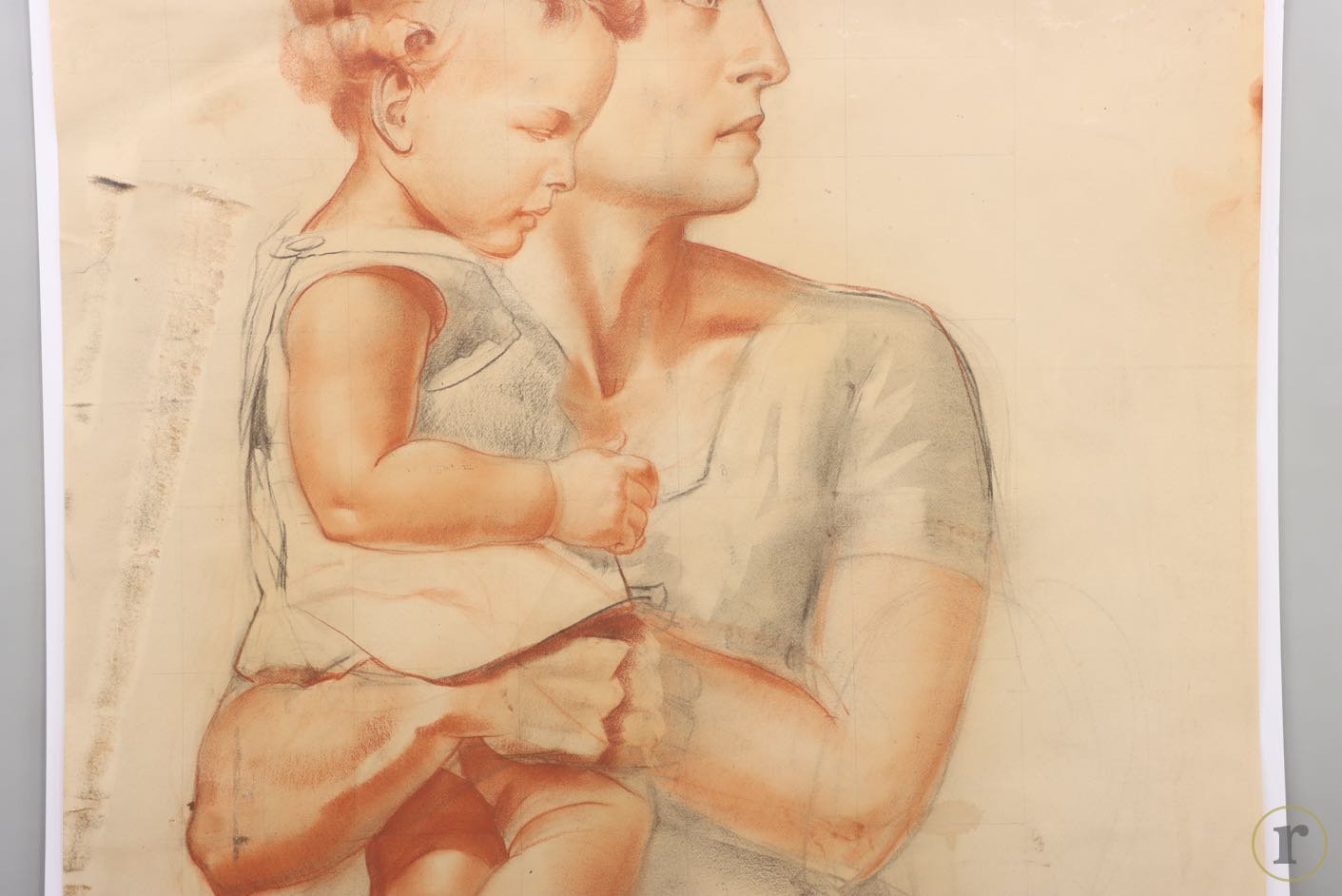 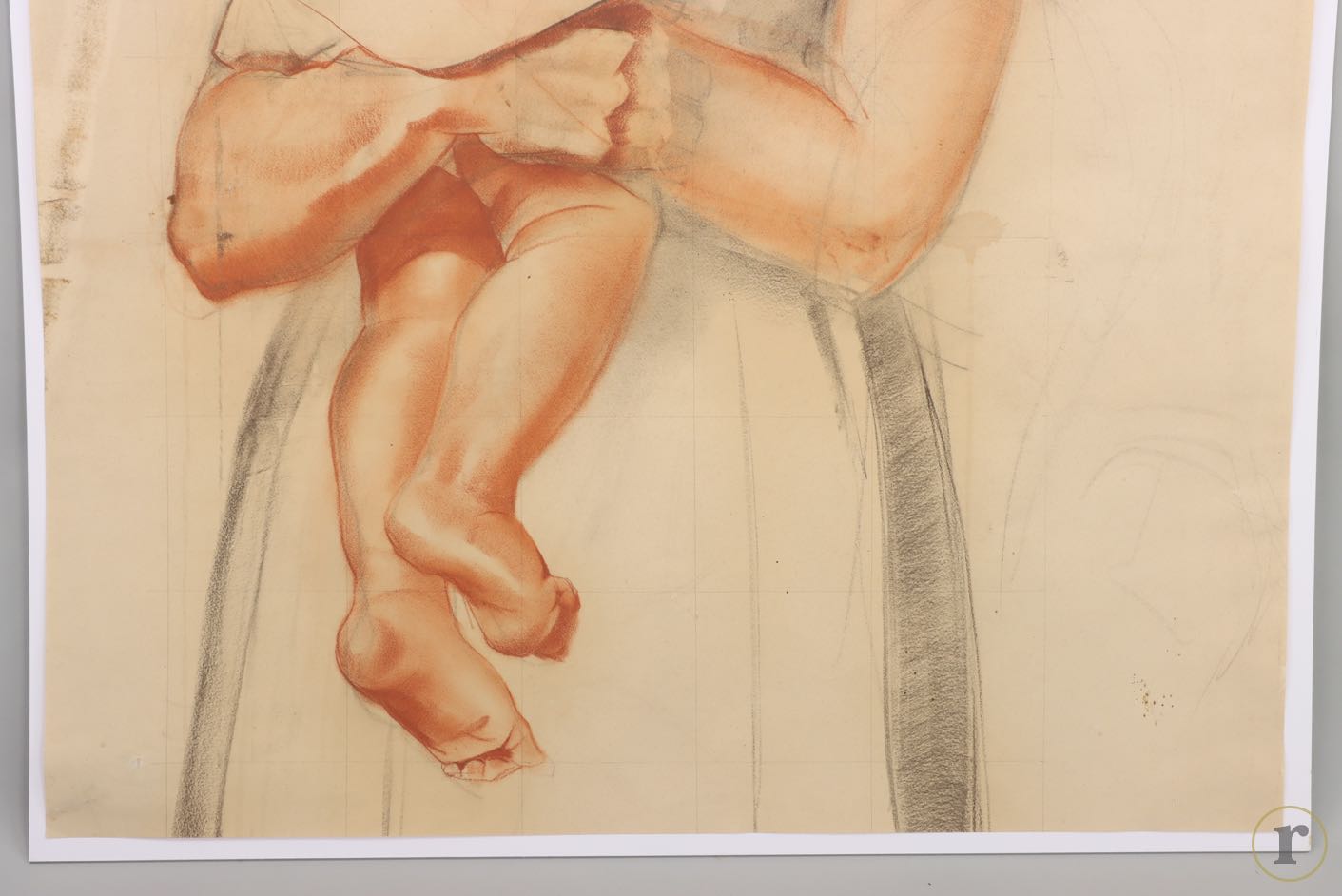