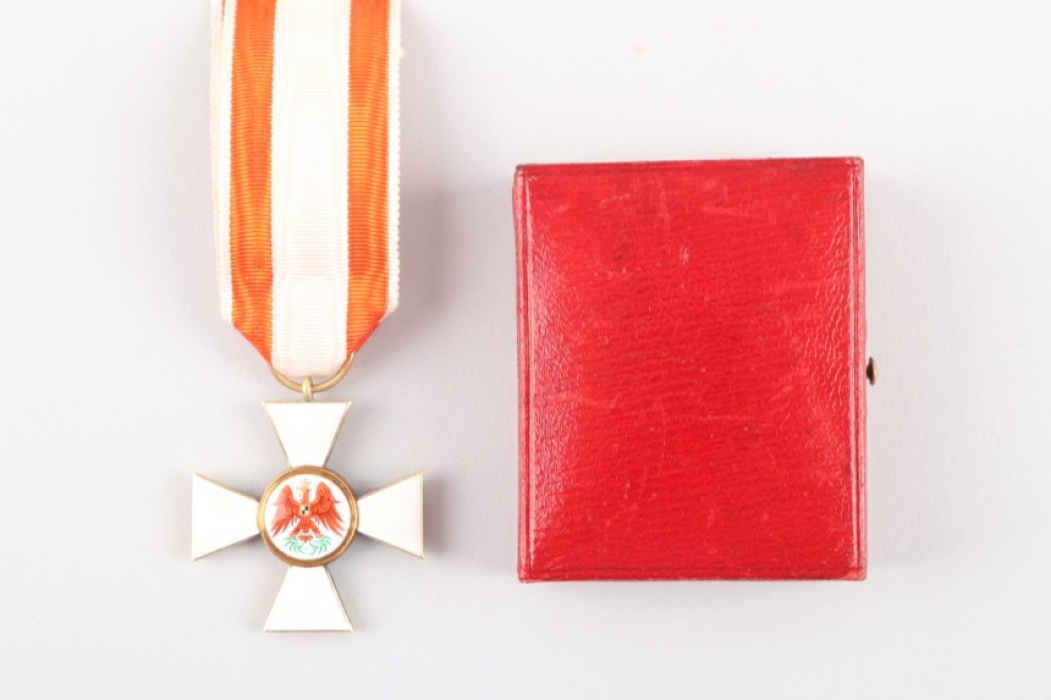 LOT US1-454
NOT SOLD
BUY WITH A 5% BUYER’S PREMIUM
PRICE
$ 1.450,00
+5% BUYER'S PREMIUM
Click here to learn about our special offers
on a reduced buyer's premium
THIS ITEM SHIPS FROM THE USA!

US LOT US1-454
PERIOD until 1918
COUNTRY Imperial Germany

This Red Eagle Order 3rd Class is made from gold and enamel. This cross is a perfect representative of the last model awarded from 1855 to 1916. The cross shows the maker’s mark “W” for Wagner in Berlin on the bottom cross arm rim. Small surface chip on the avers top cross arm.

Beautiful cross with original ribbon and case of issue. 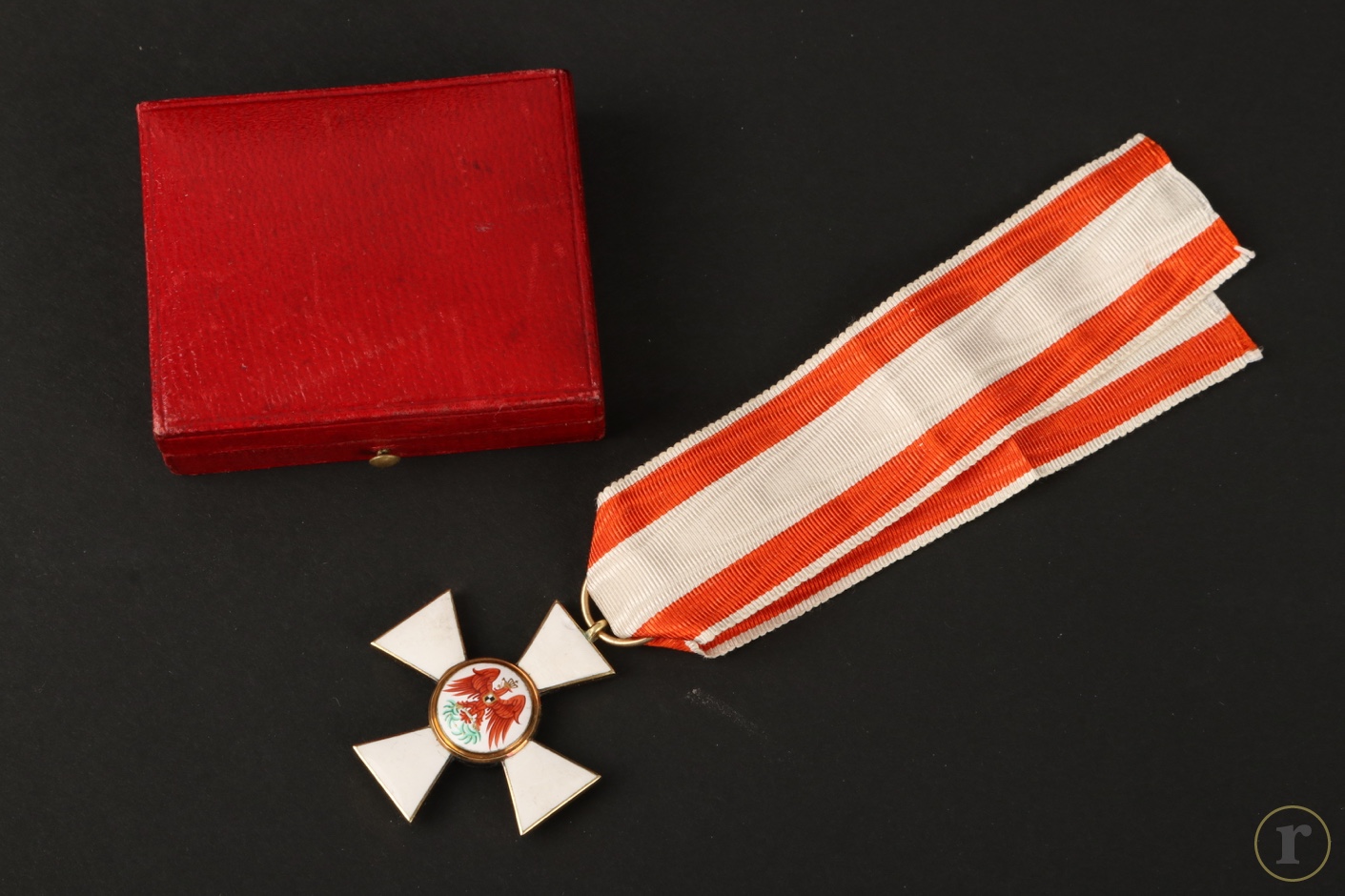 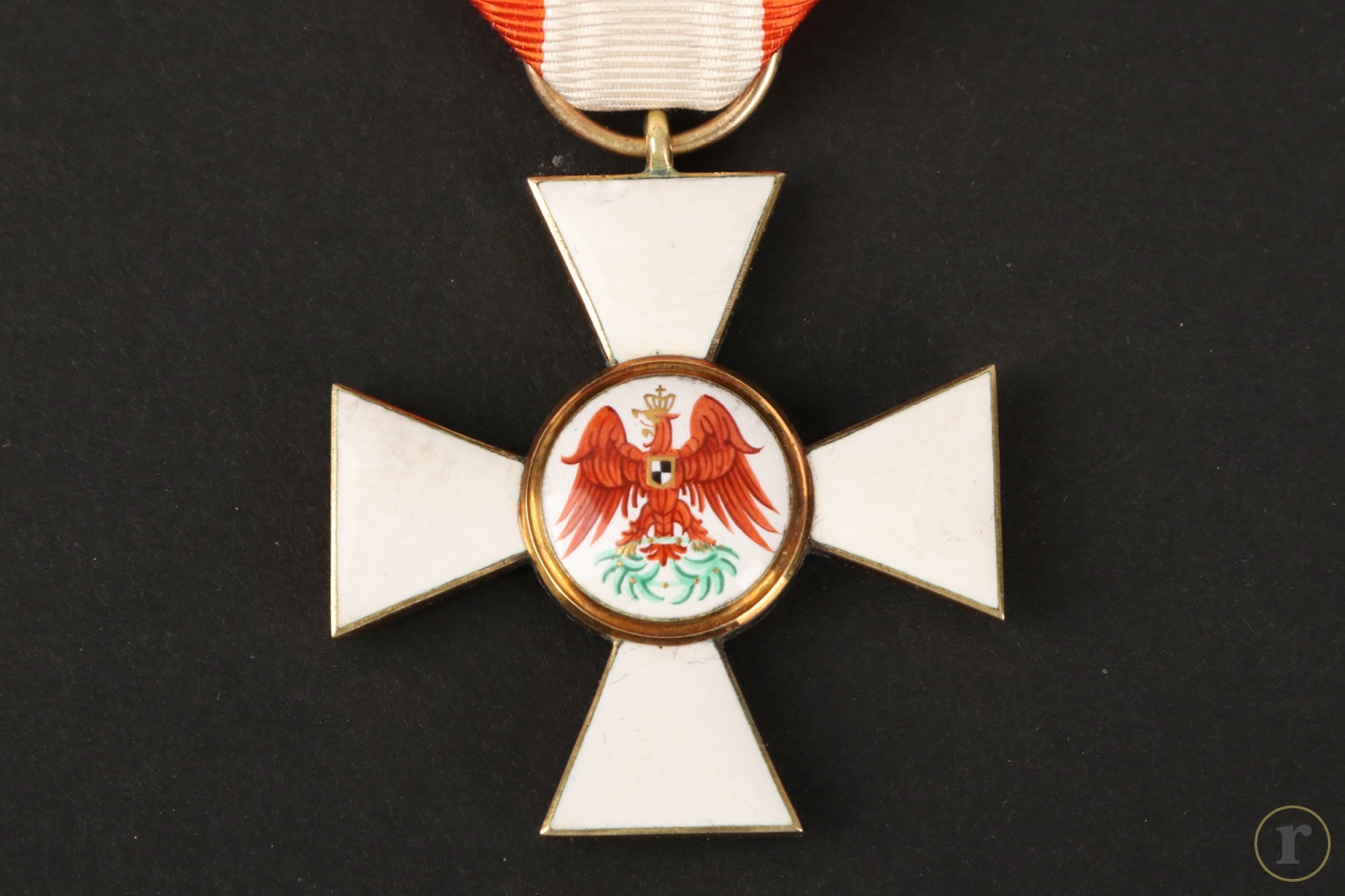 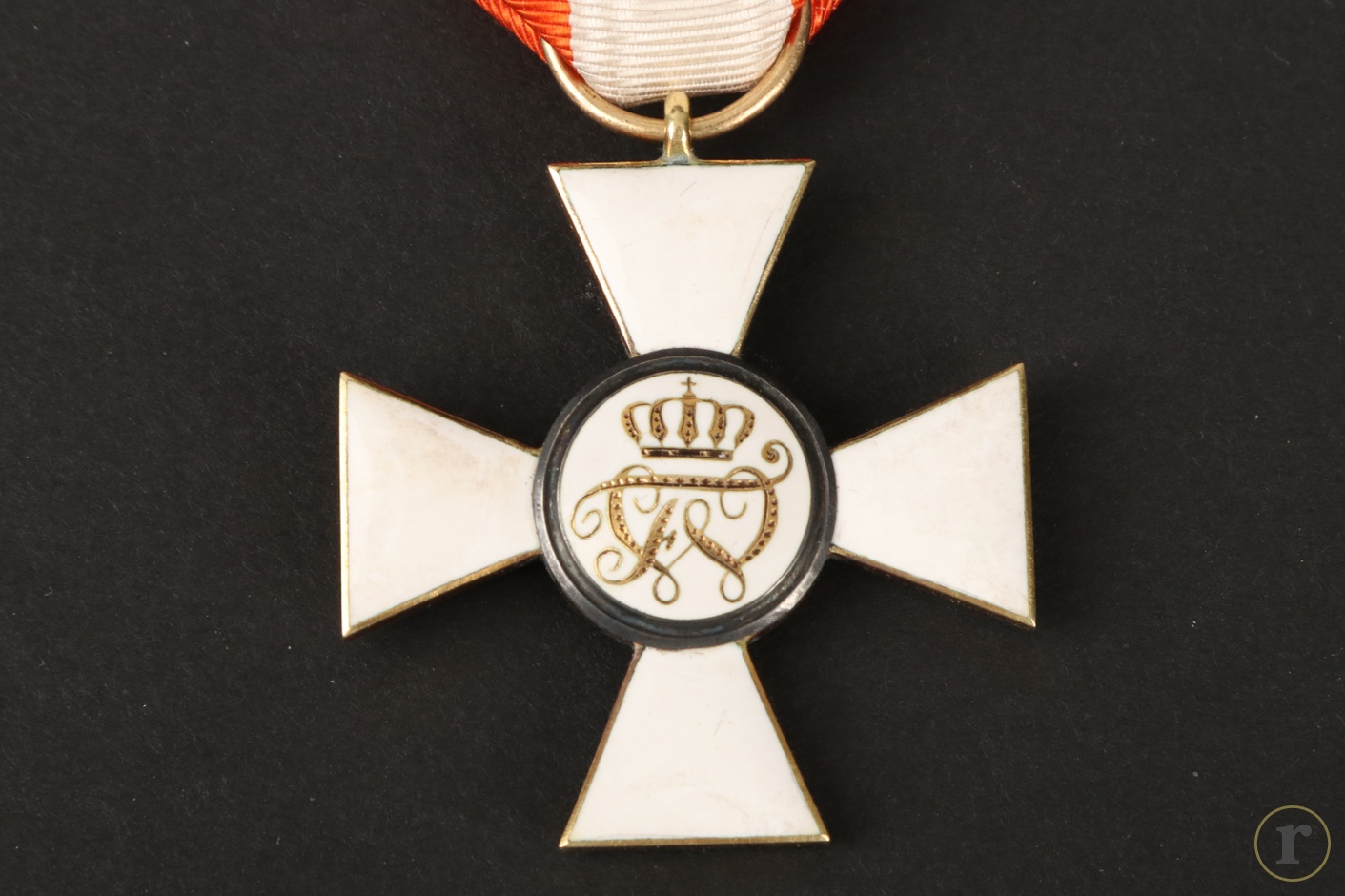 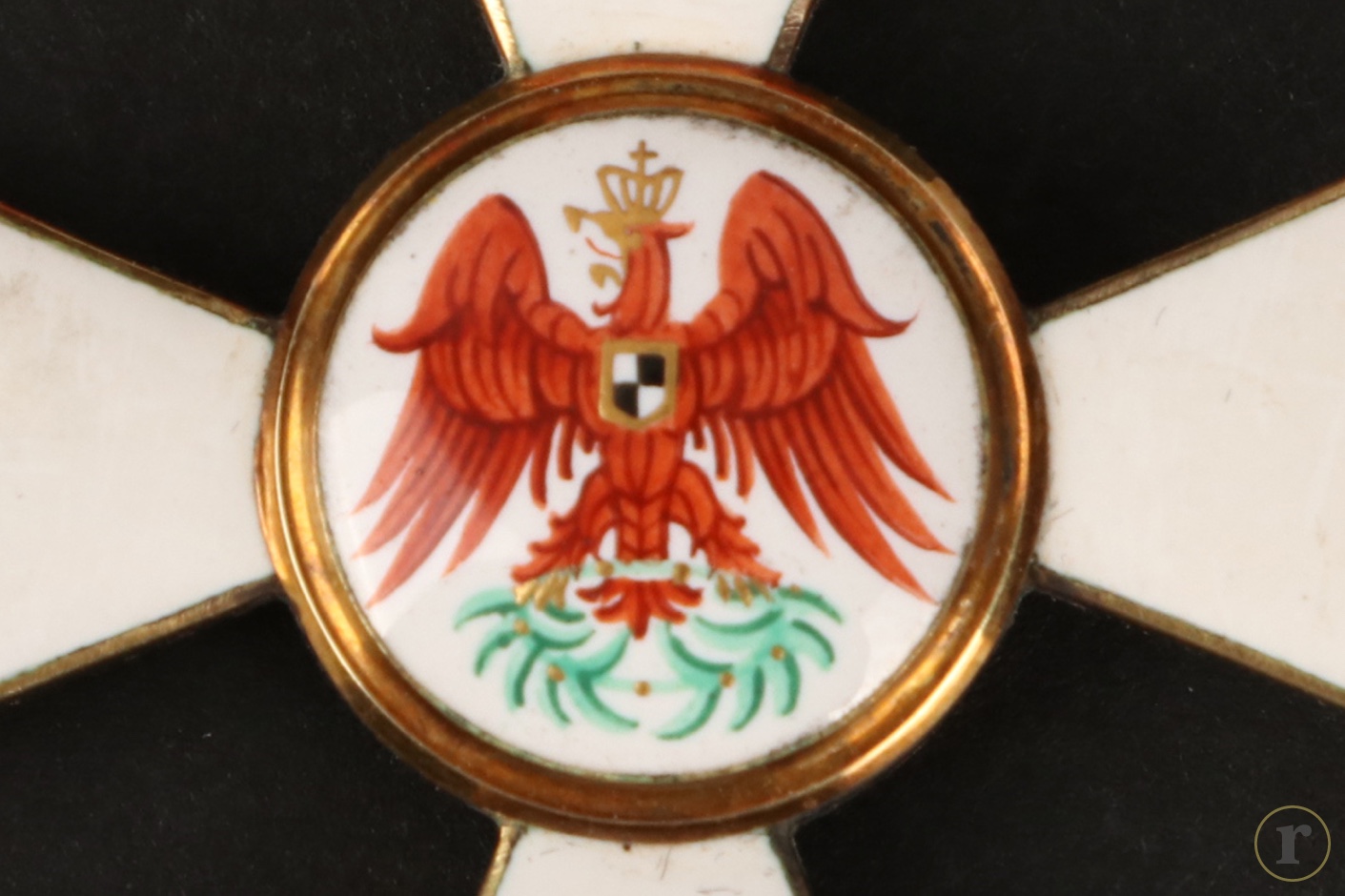 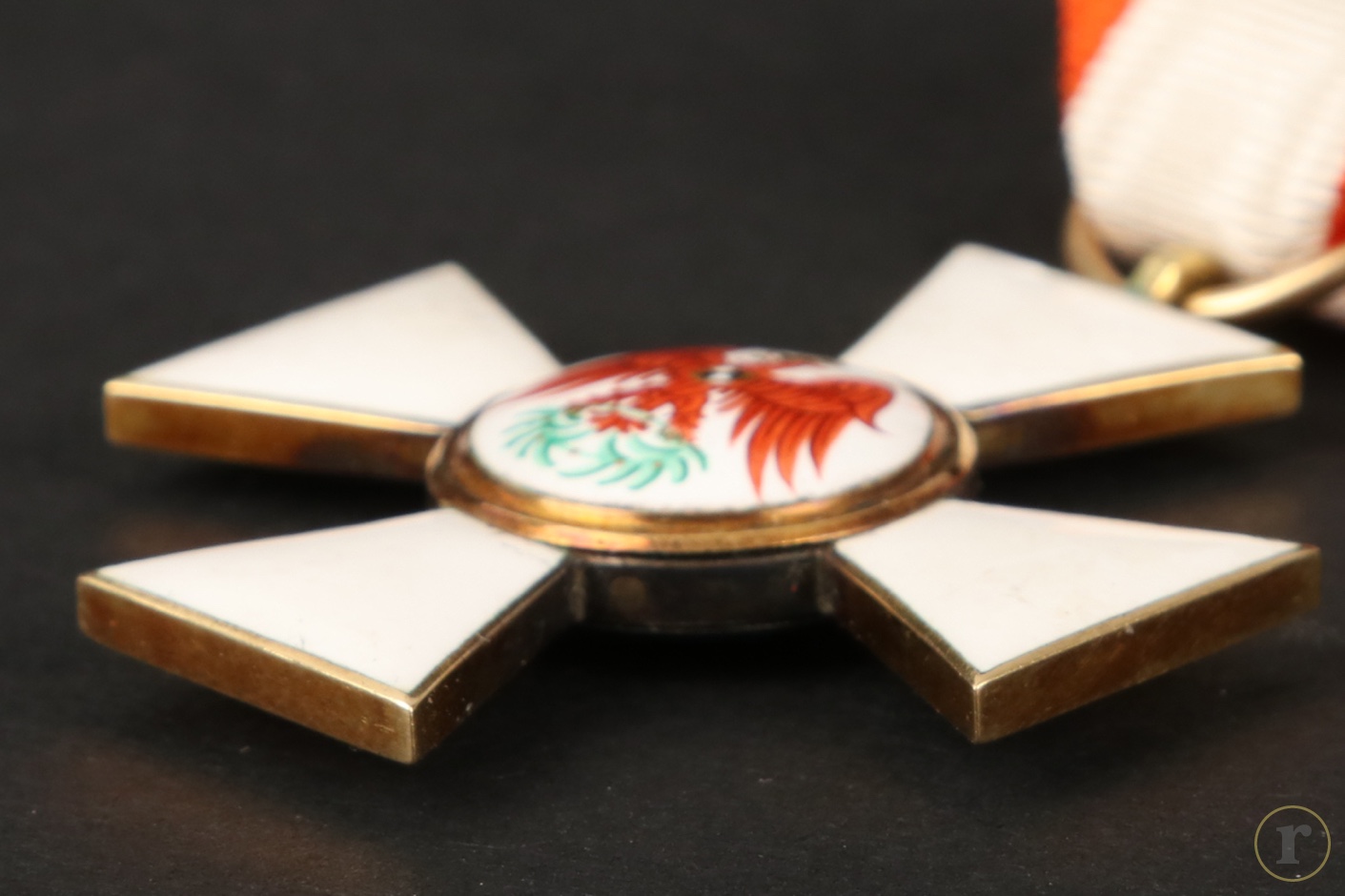 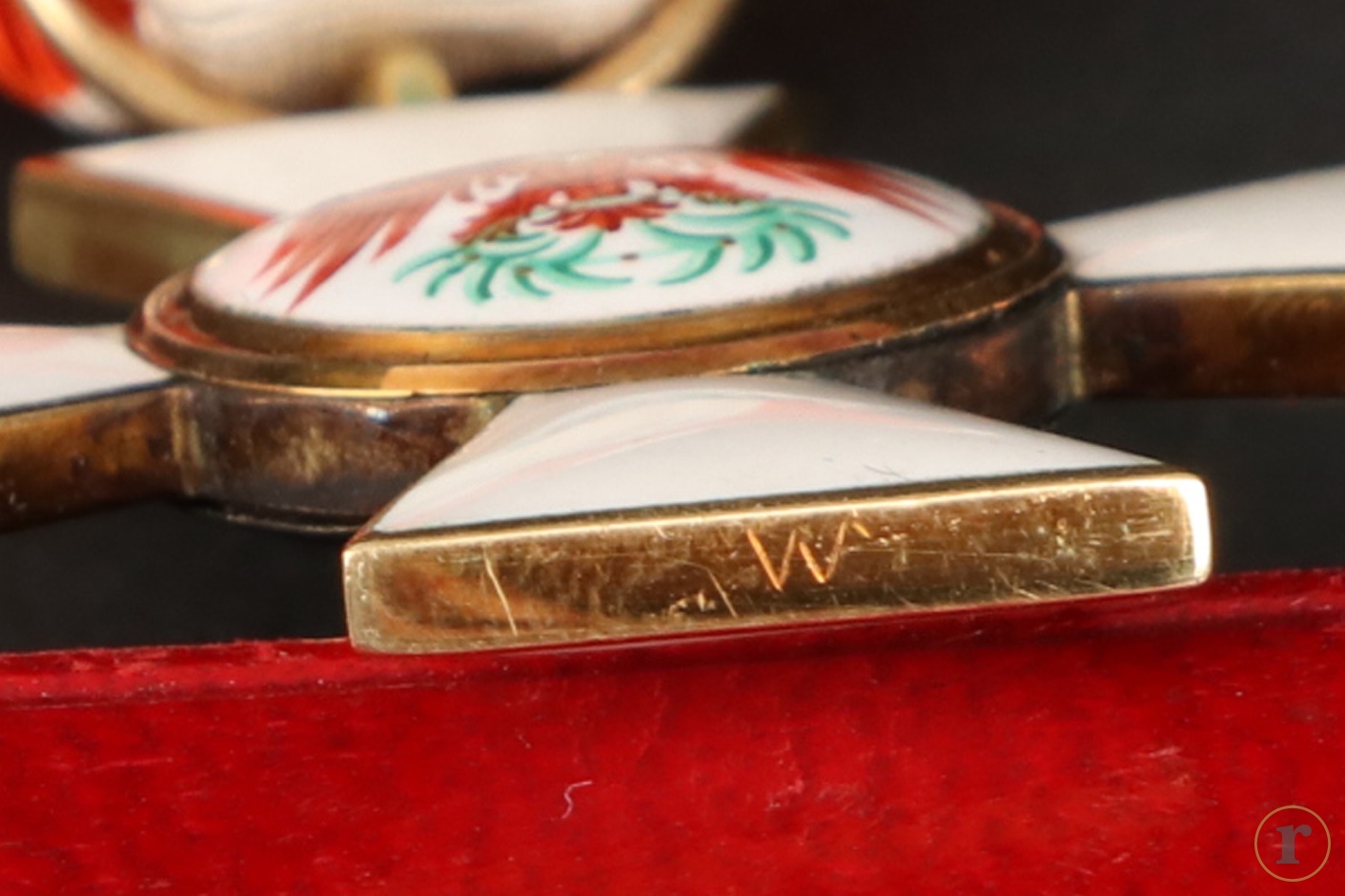 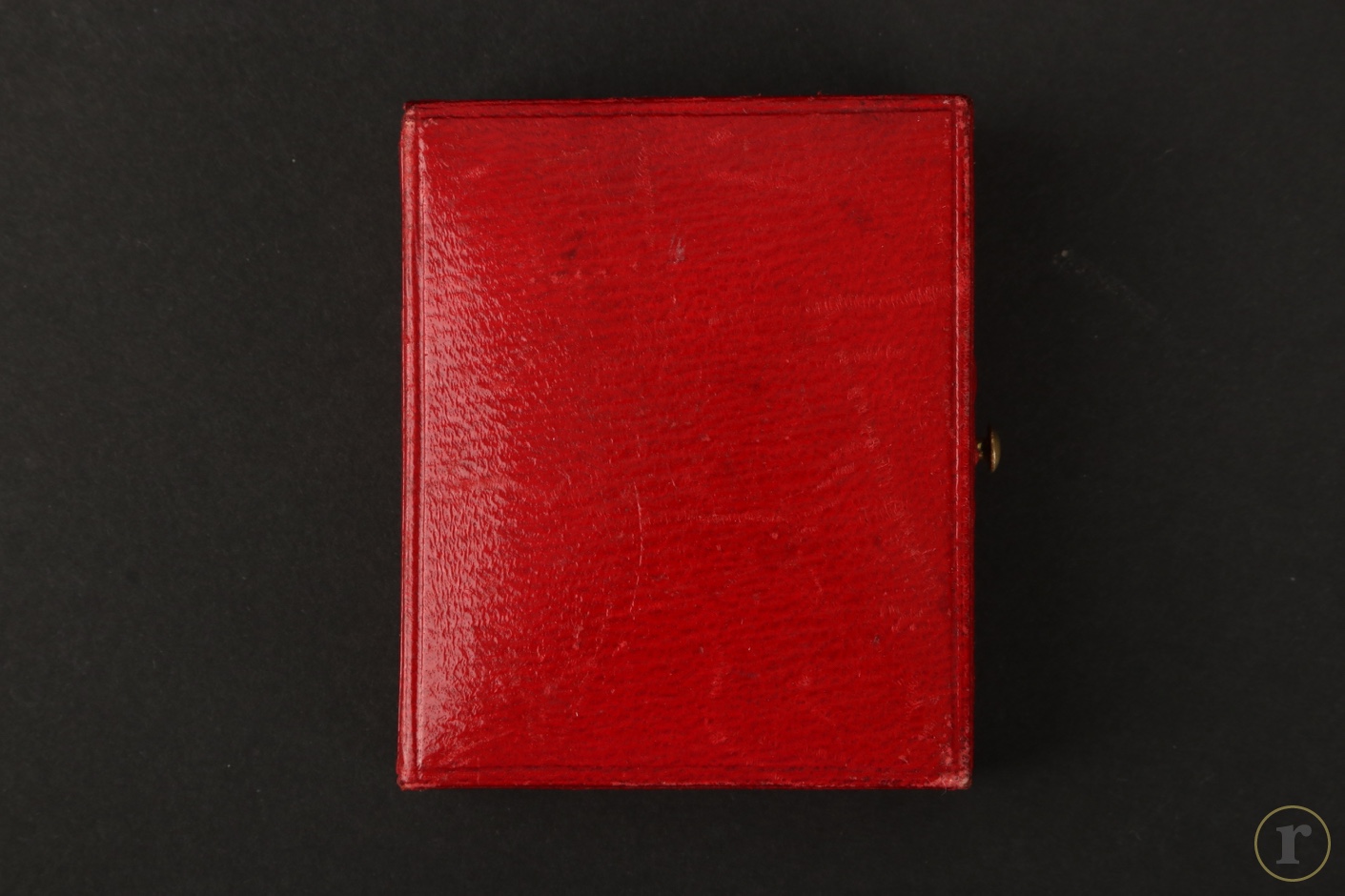 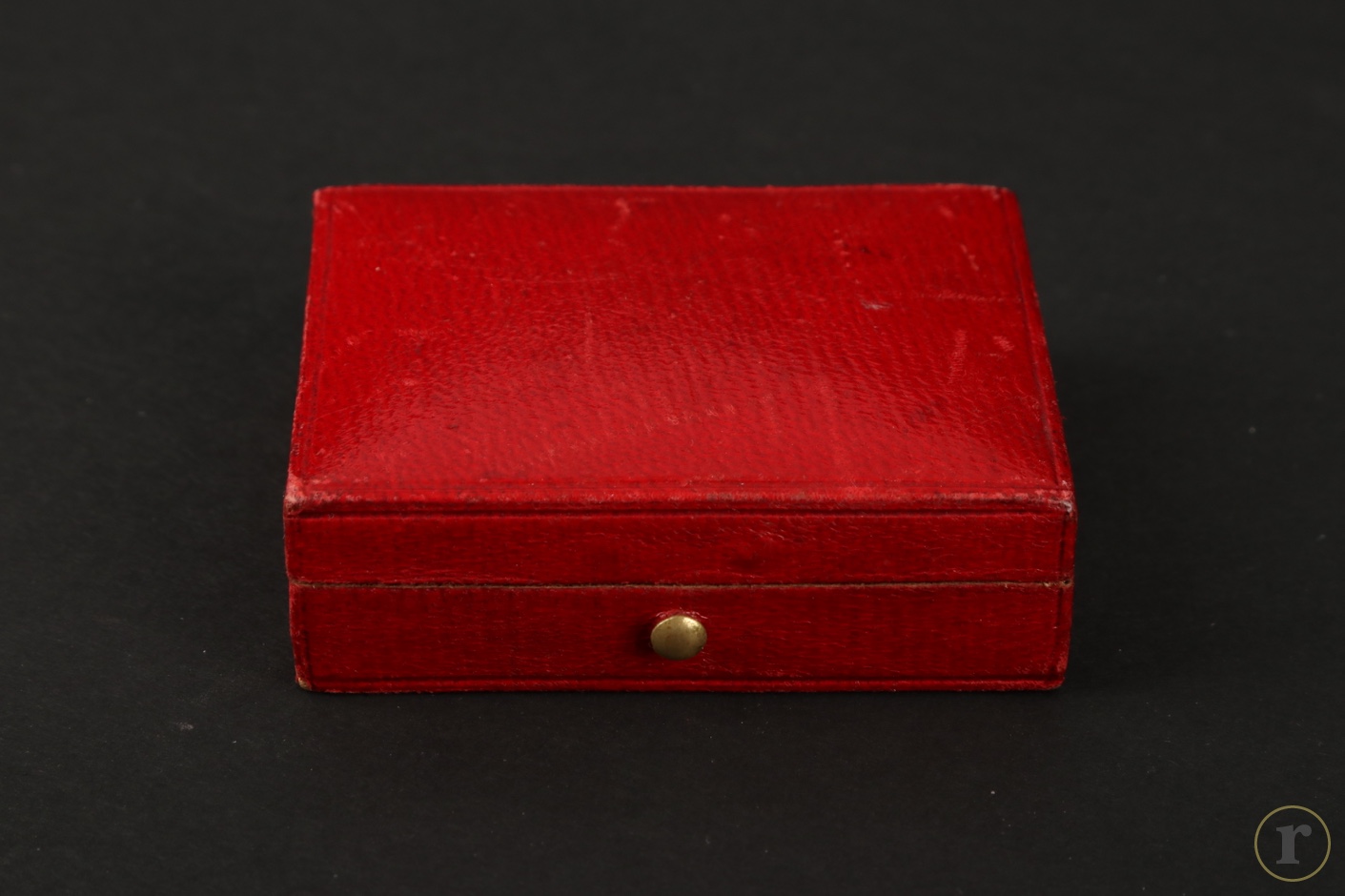 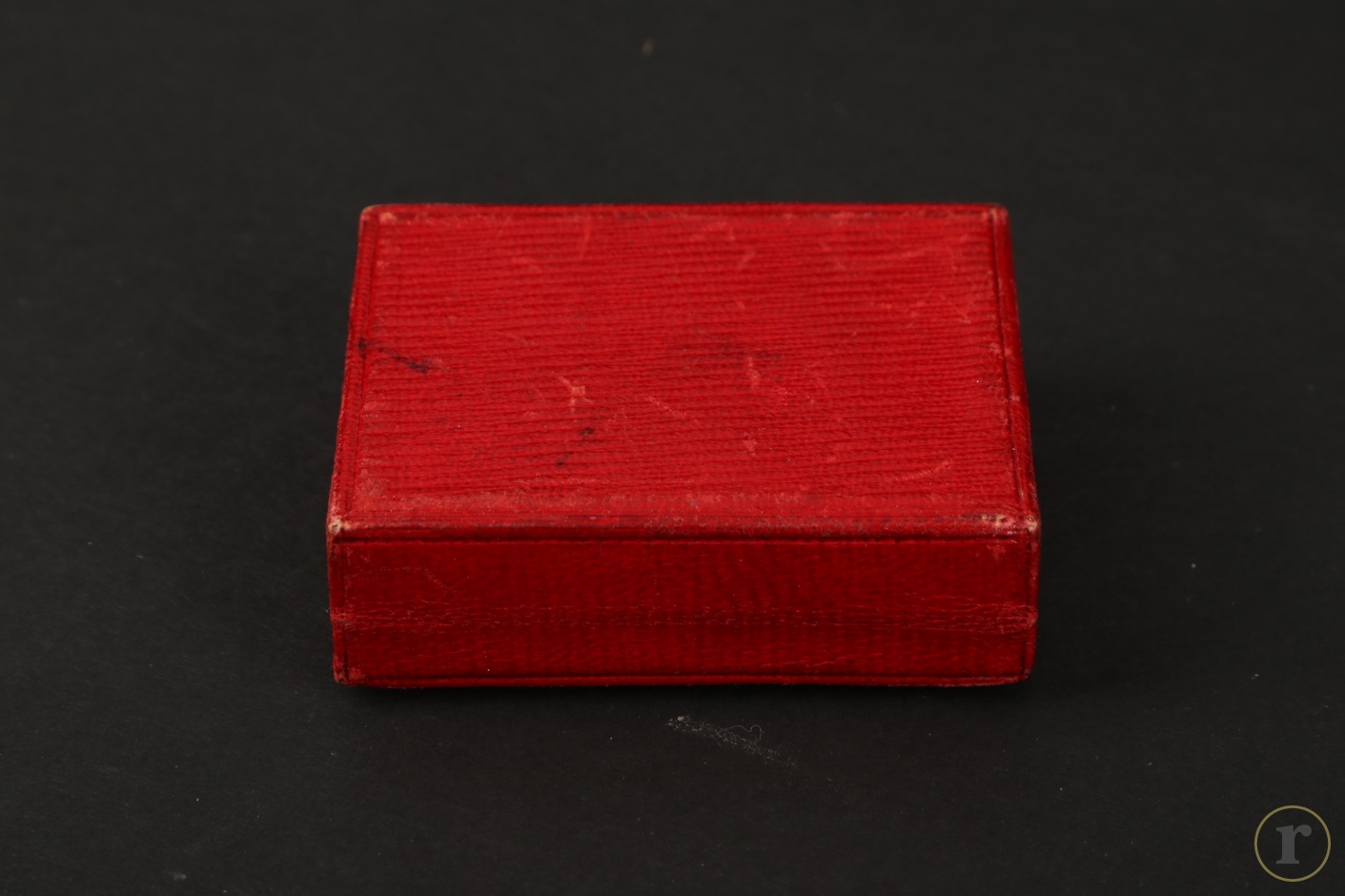 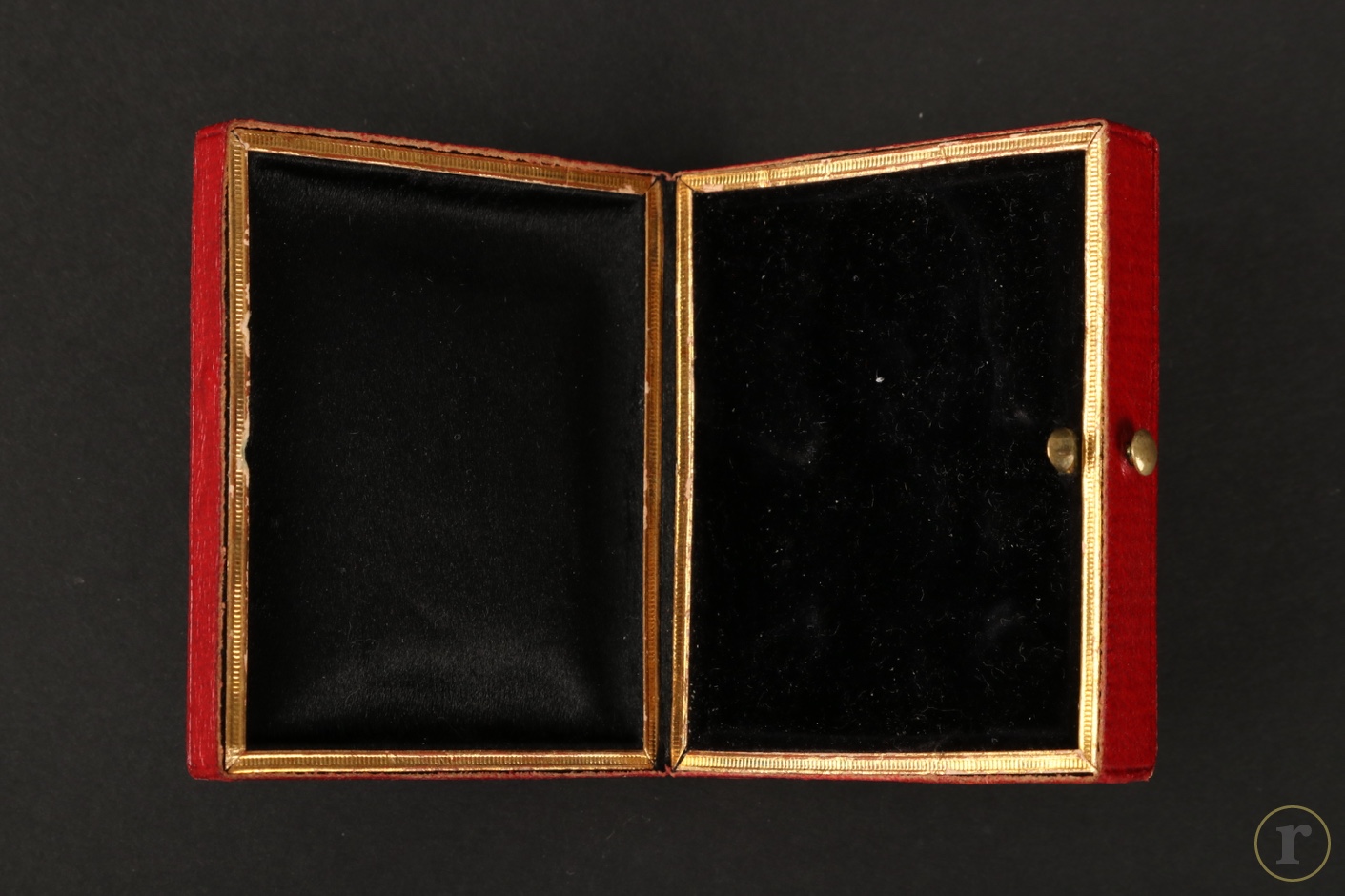 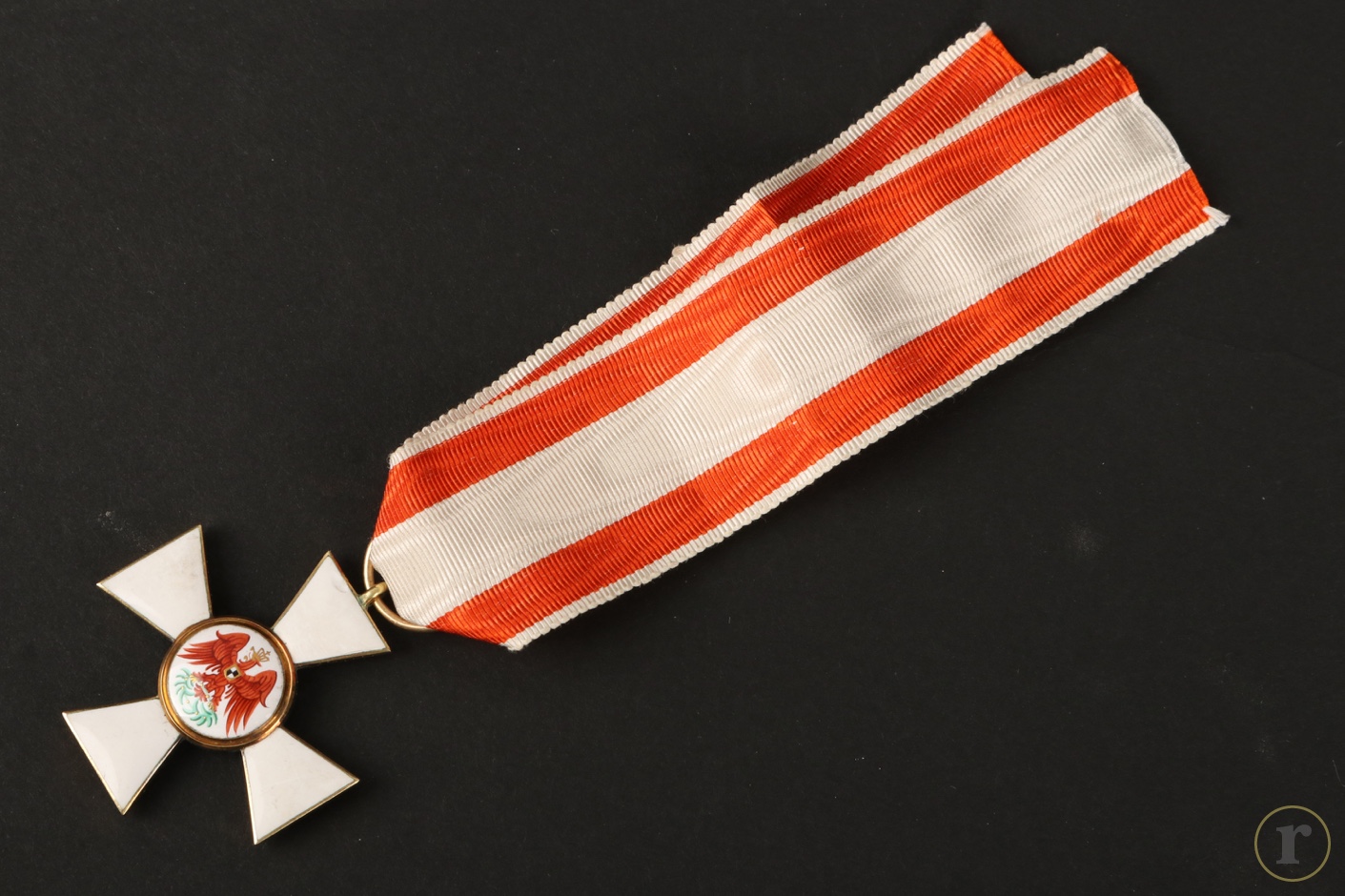 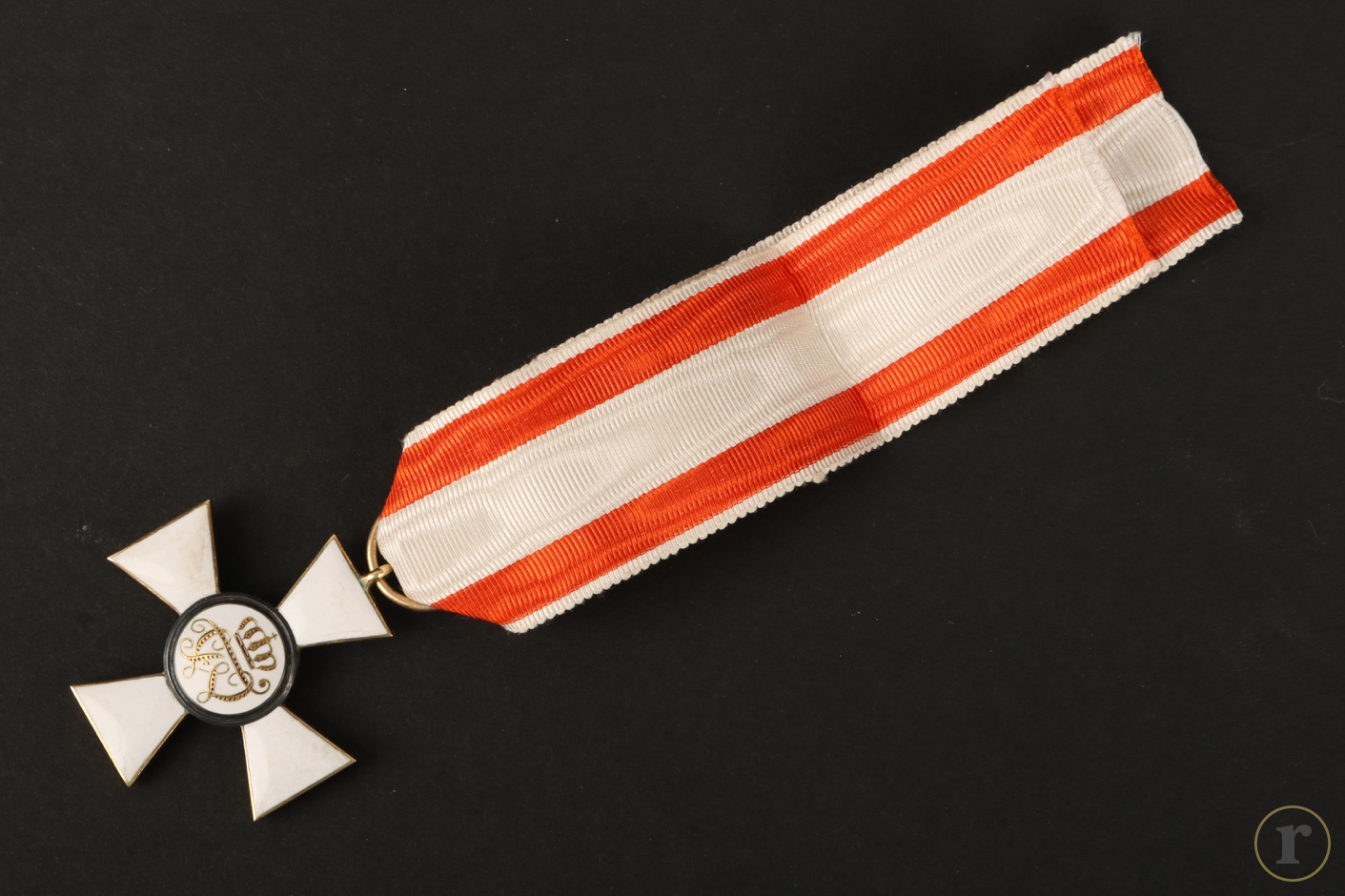