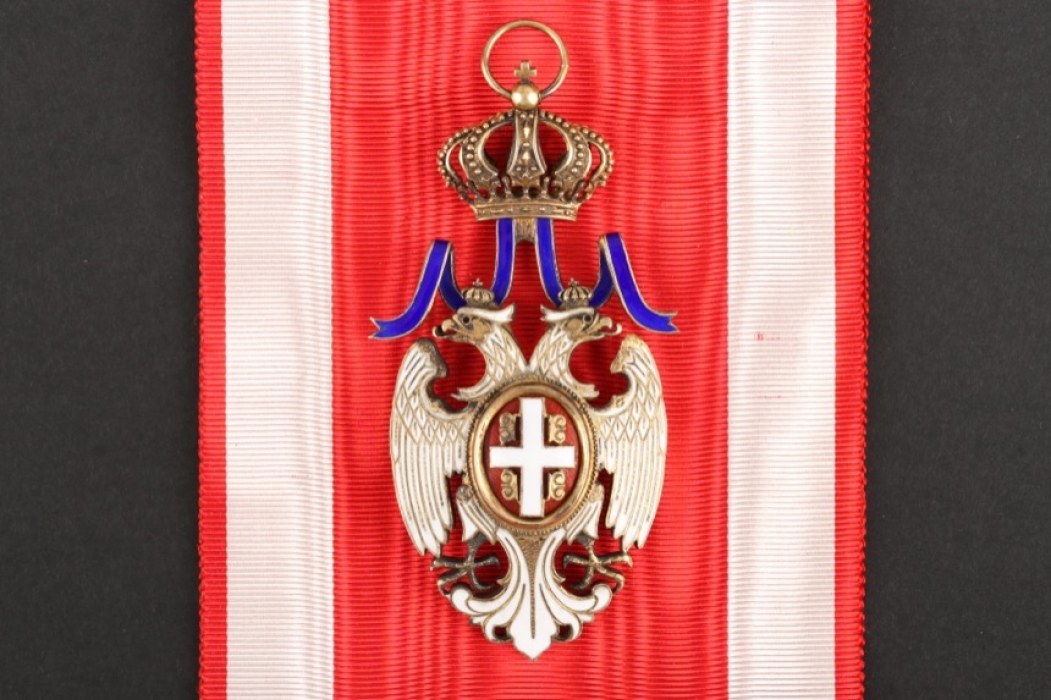 This 1st Class Cross is made from gilded silver and enamel. No visible maker’s marks. Almost mint condition. Cross was very likely made by the Swiss manufacturer Huguenin Frères and puts it after WWI.

After his accession to the throne in 1903, King Peter I of Serbia continued awarding the Order of the White Eagle, but the reverse of the medallion had the year of the proclamation of the Kingdom (1882) instead of the cipher of Milan I.

The white eagle with wings displayed was re-established as the State Arms of Serbia, symbol descended from the Emperors of Byzantium. The order had a War Merit Division, with crossed swords between the Royal Crown and eagle's heads, that was introduced in 1915, and conferred for conspicuous bravery of the officers in the field. 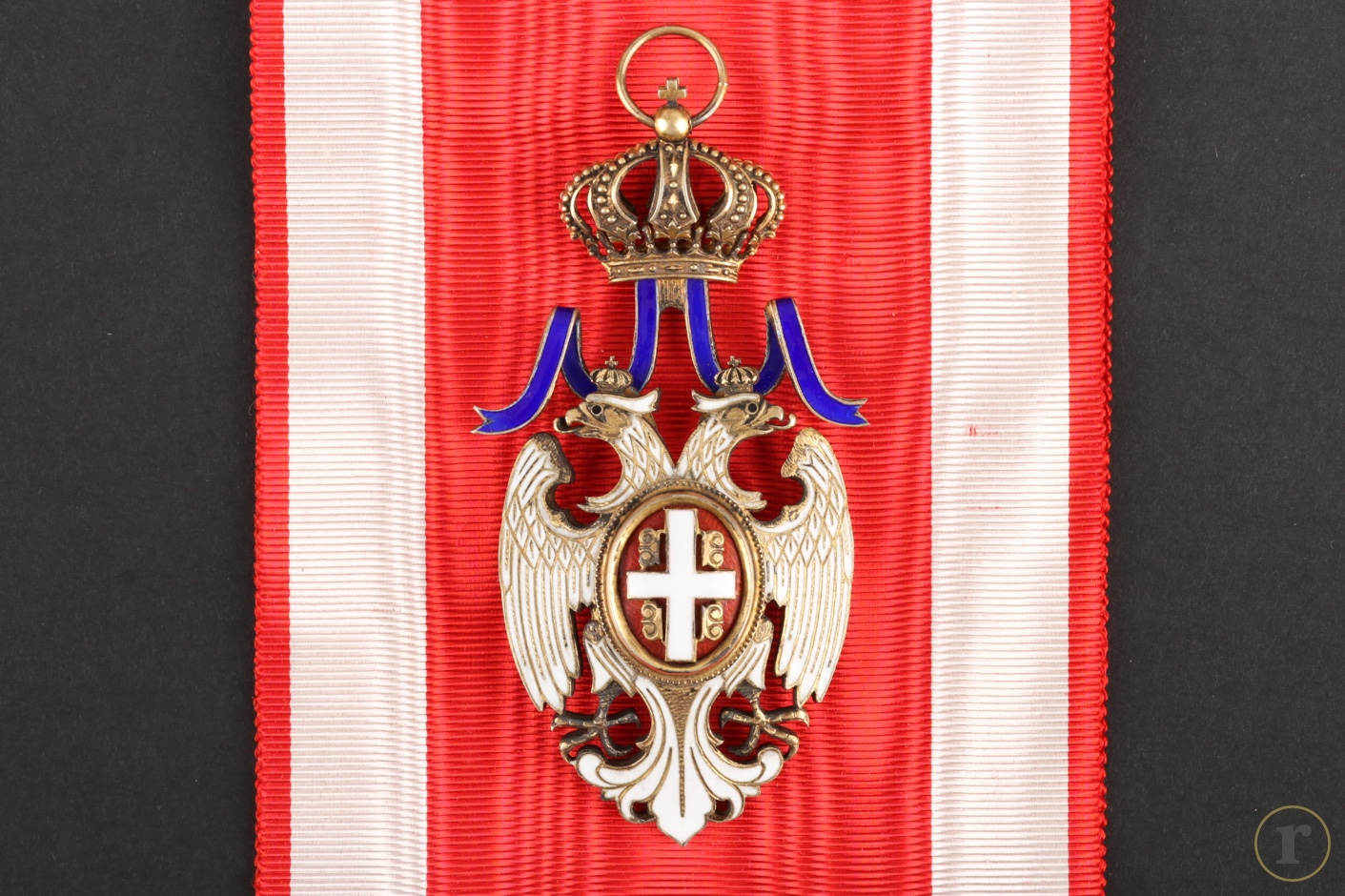 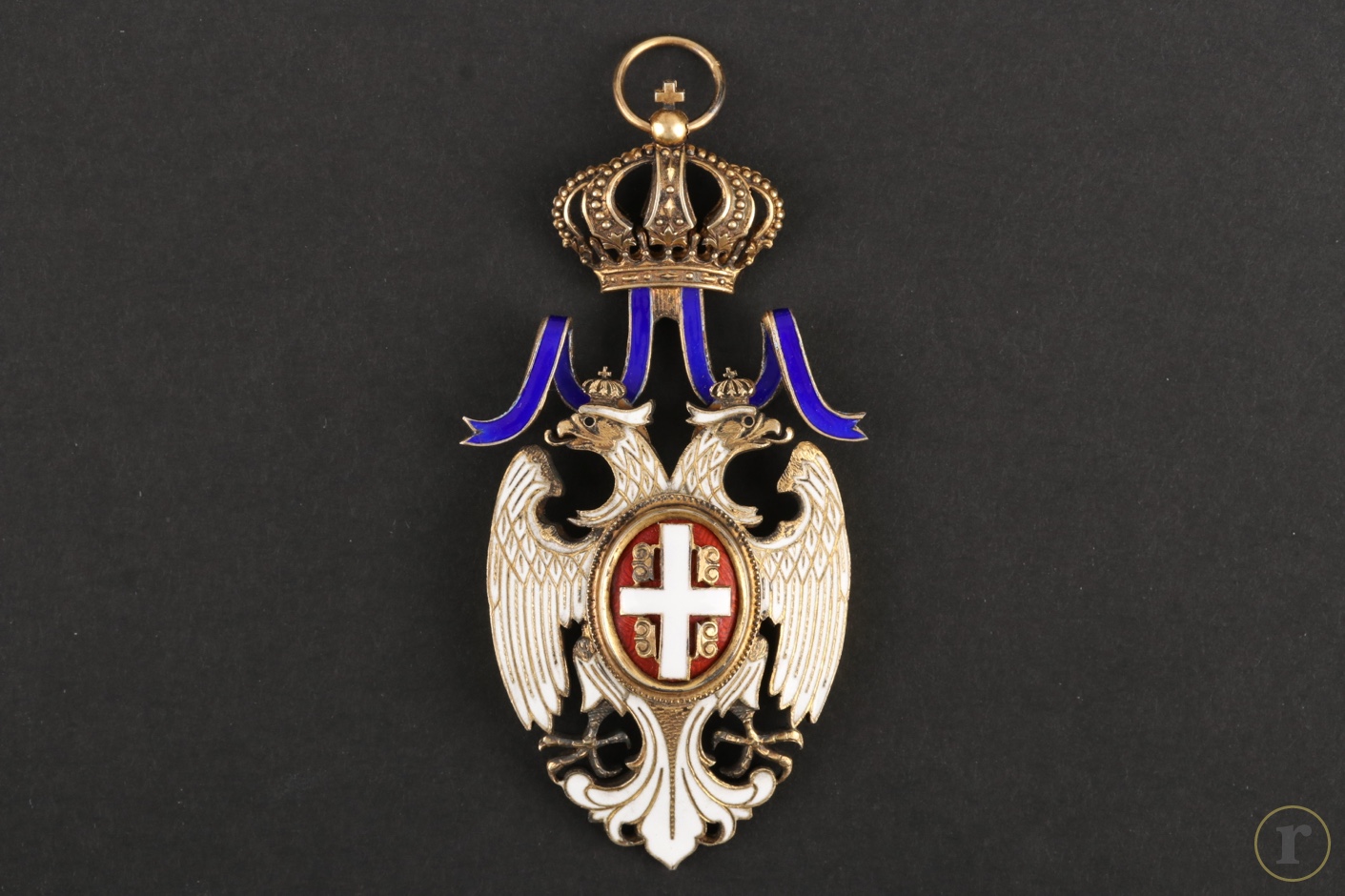 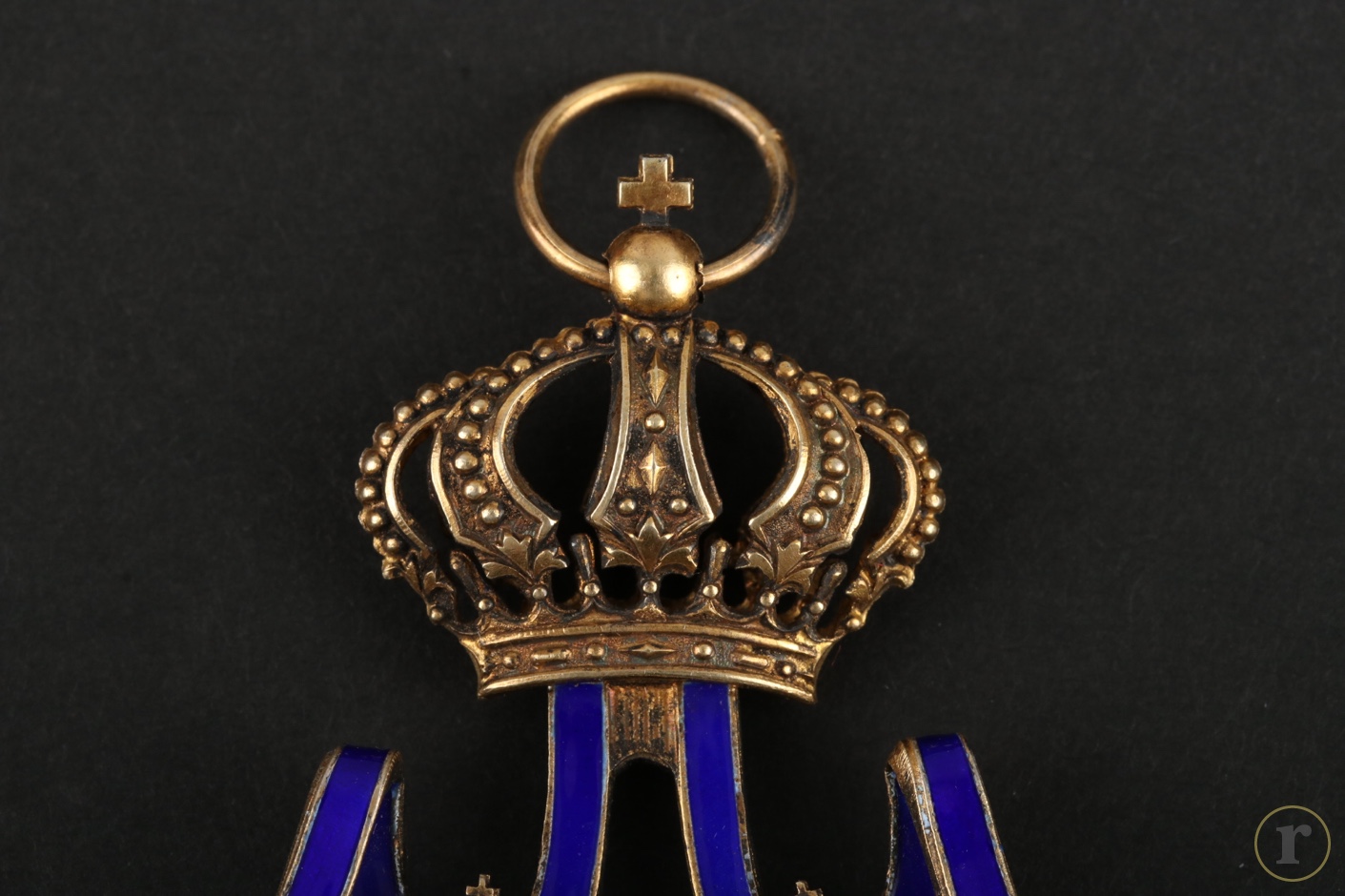 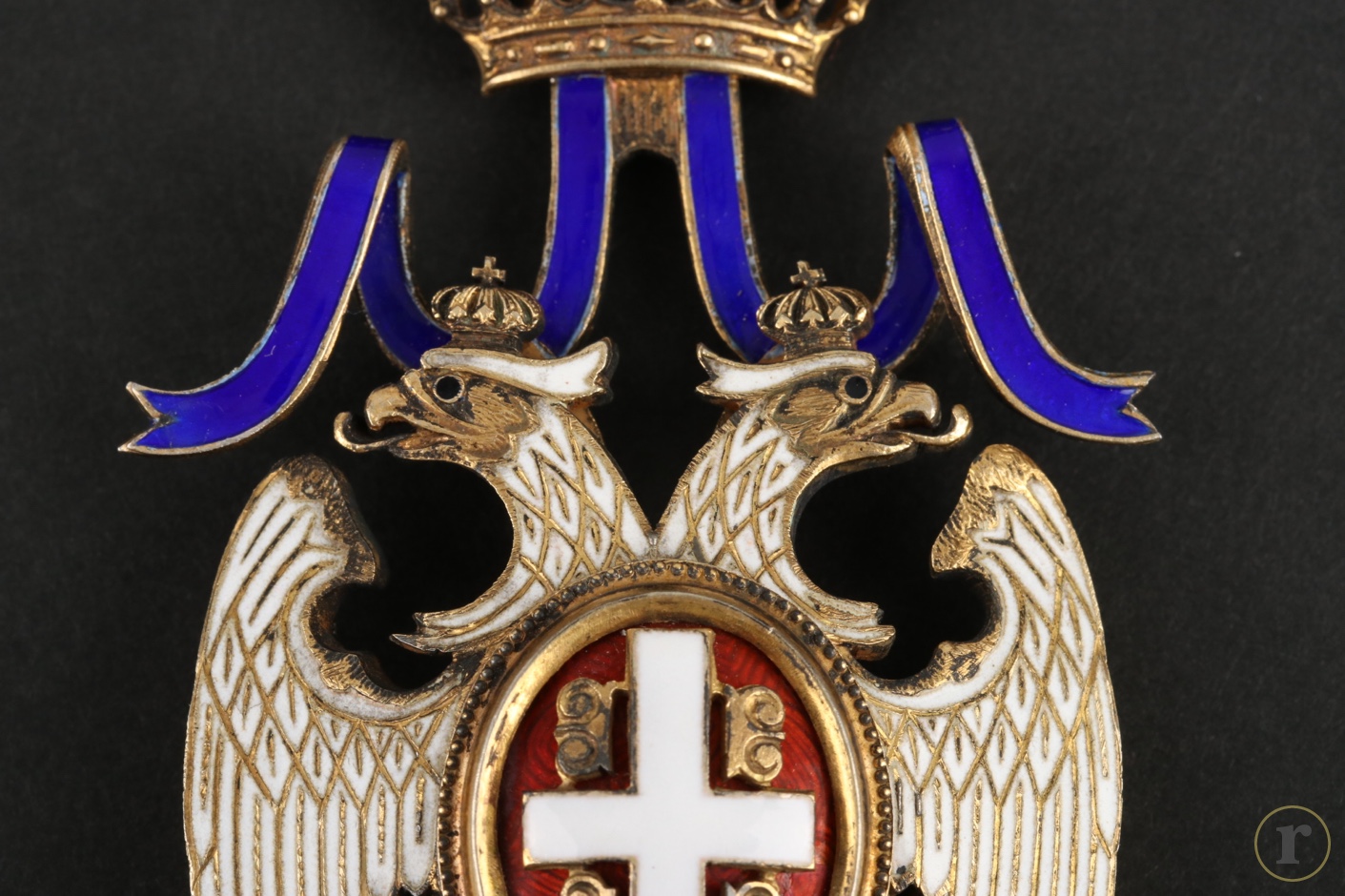 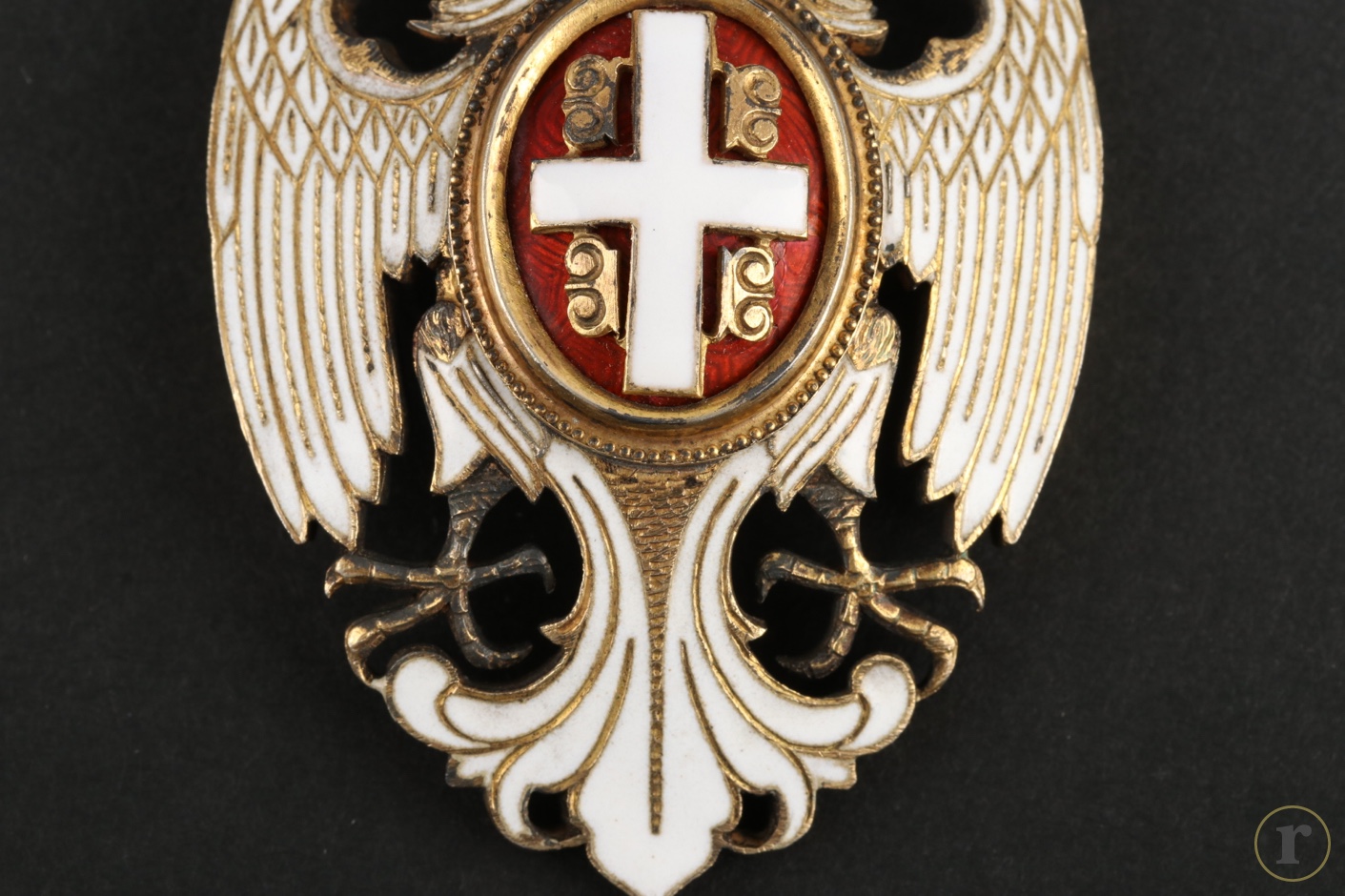 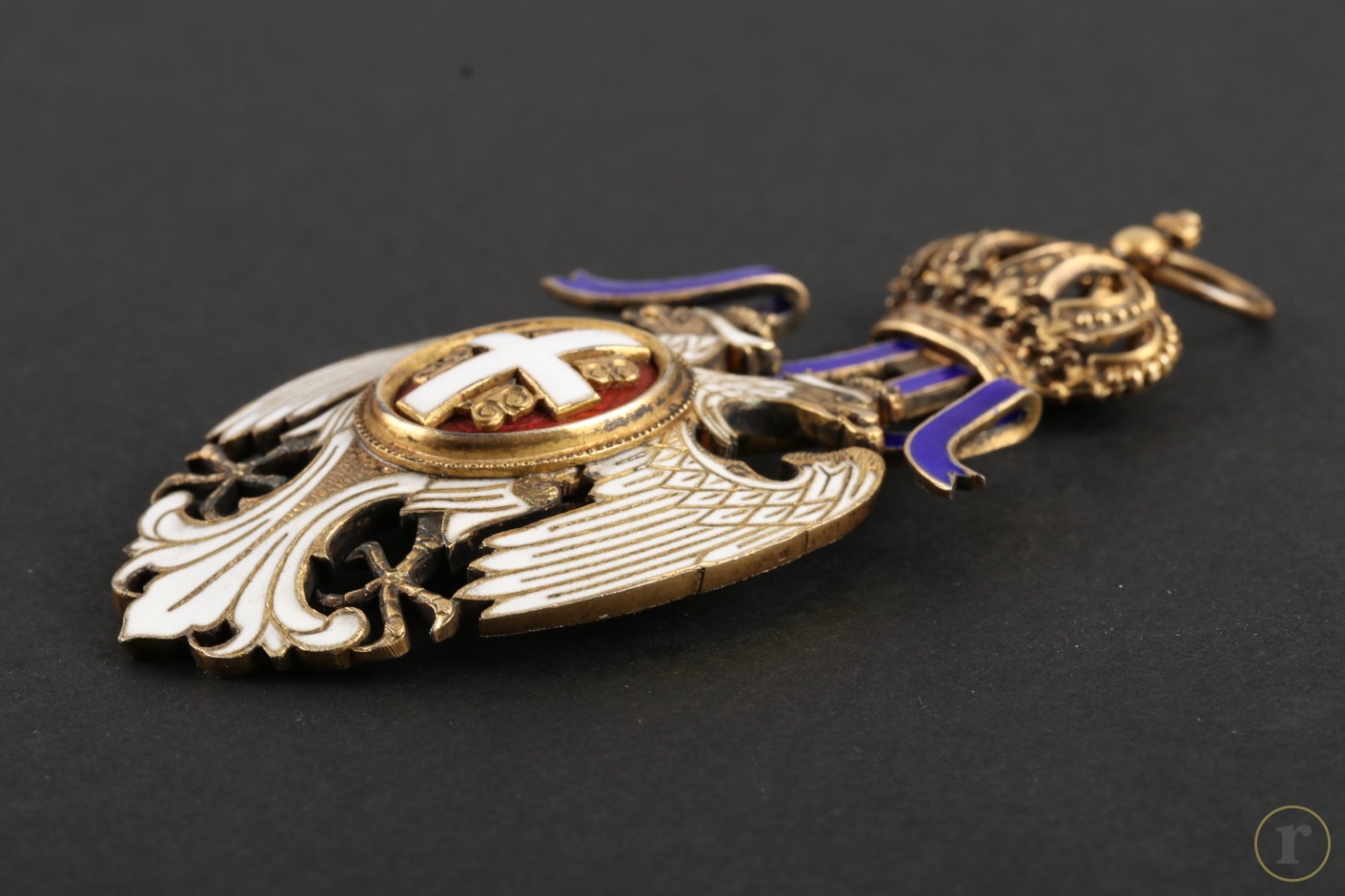 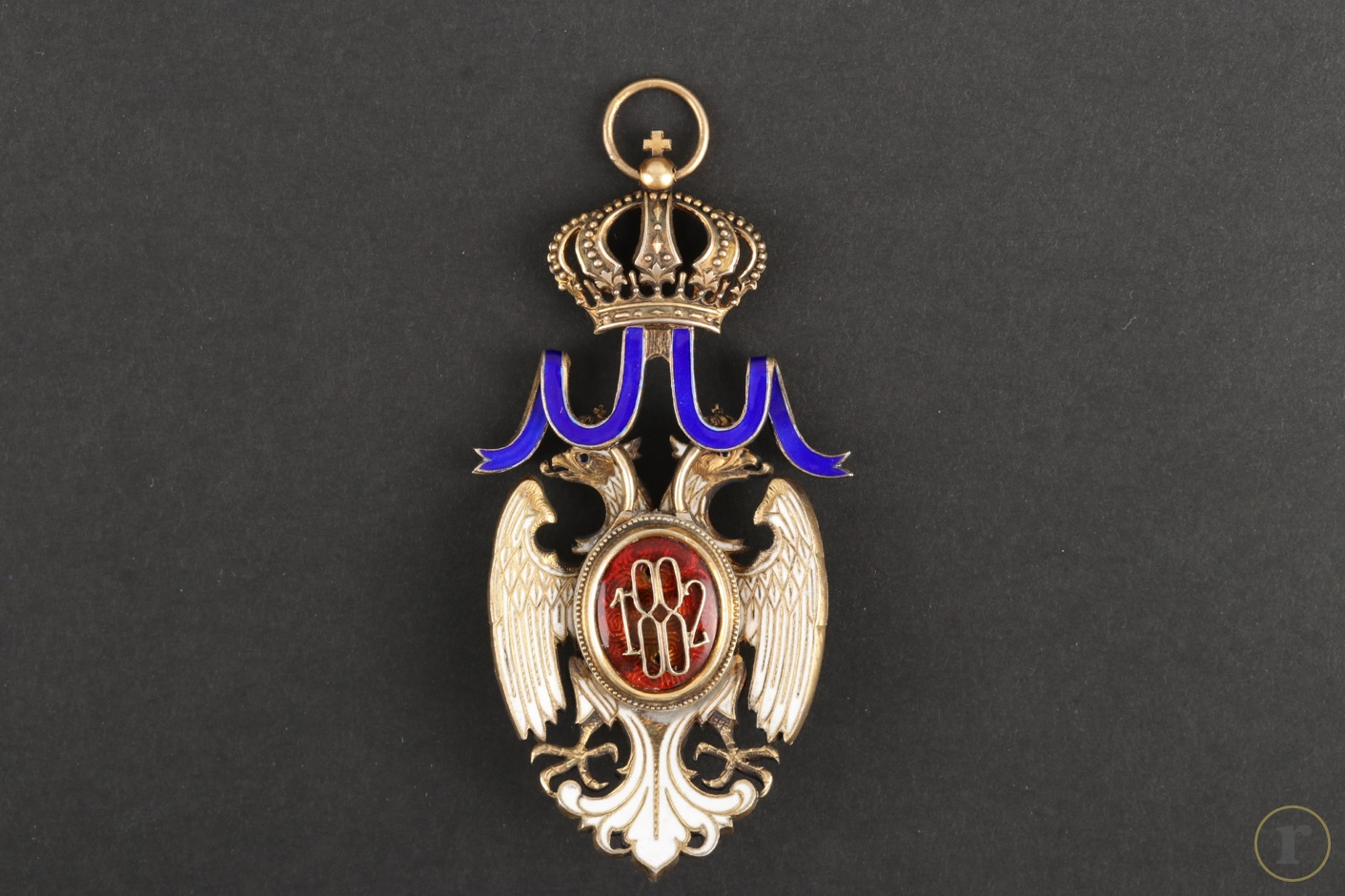 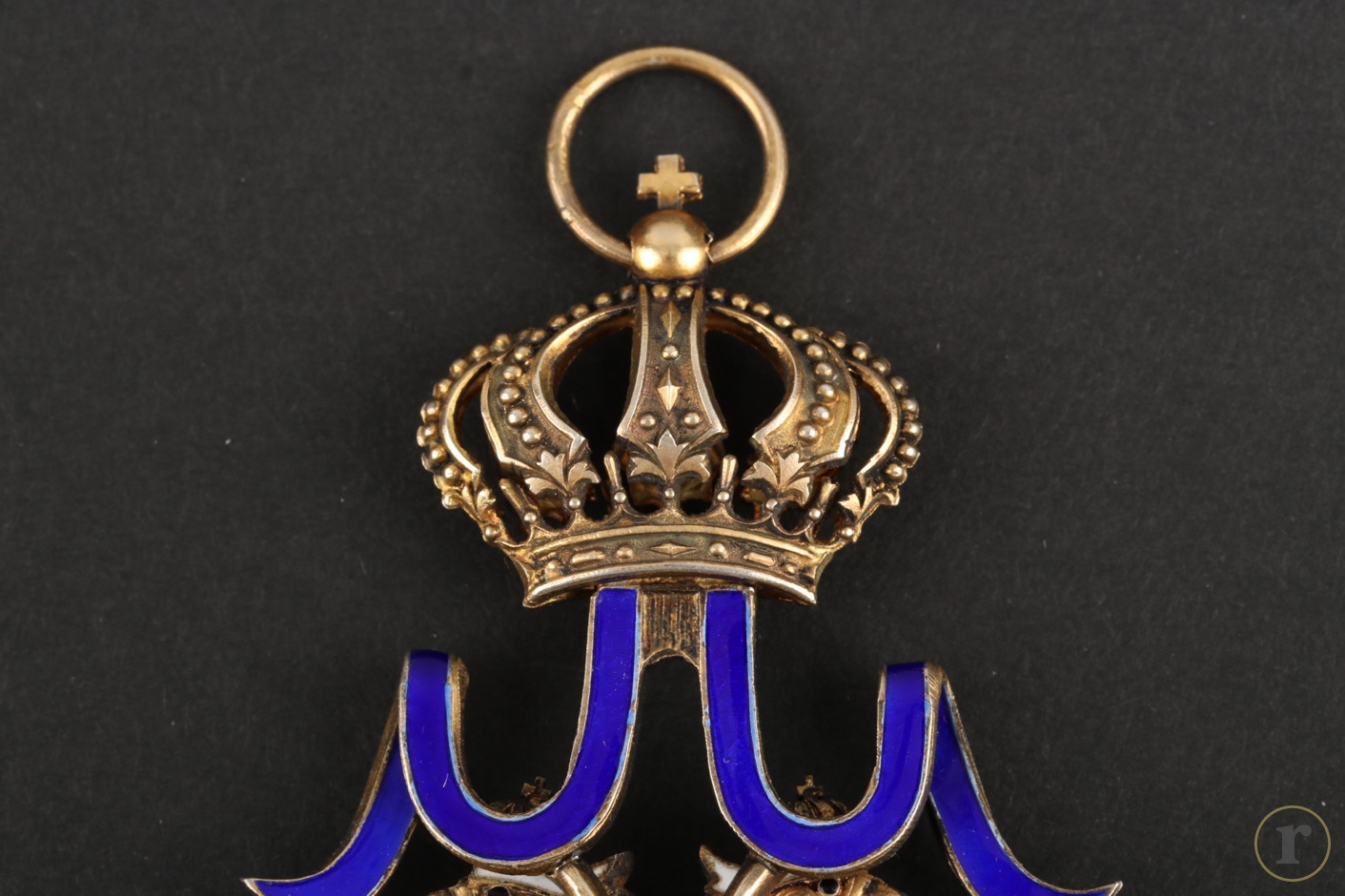 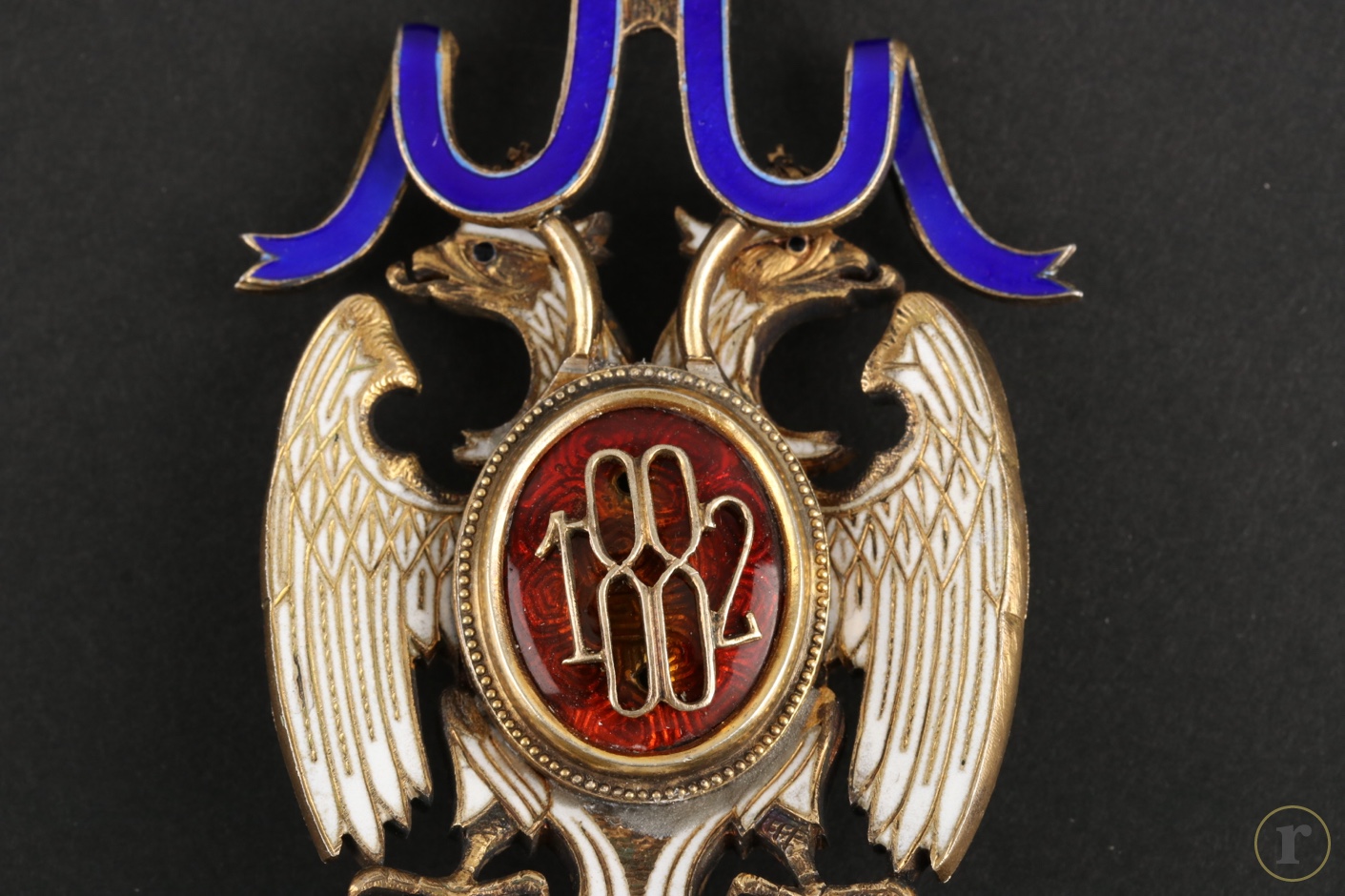 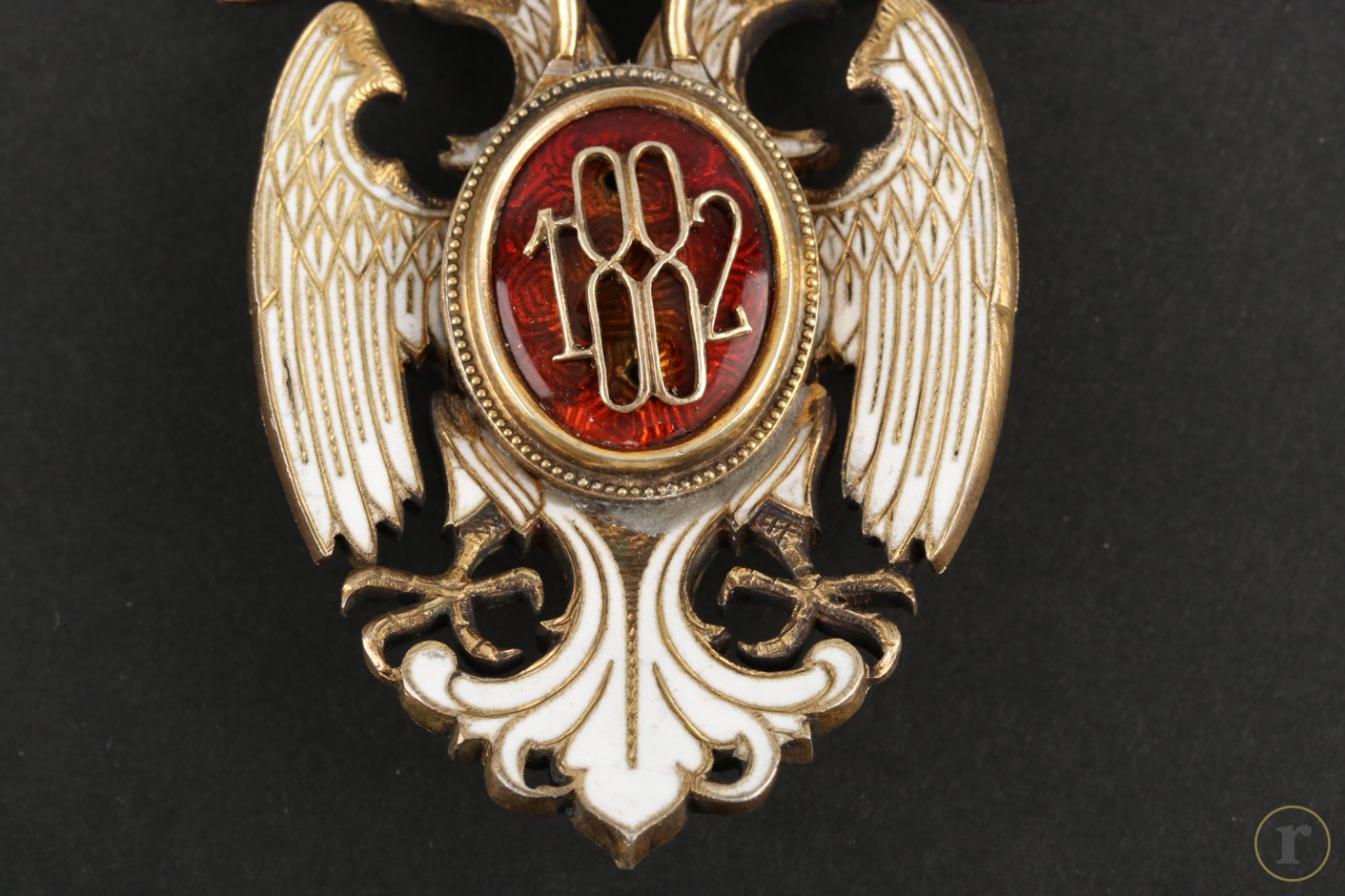 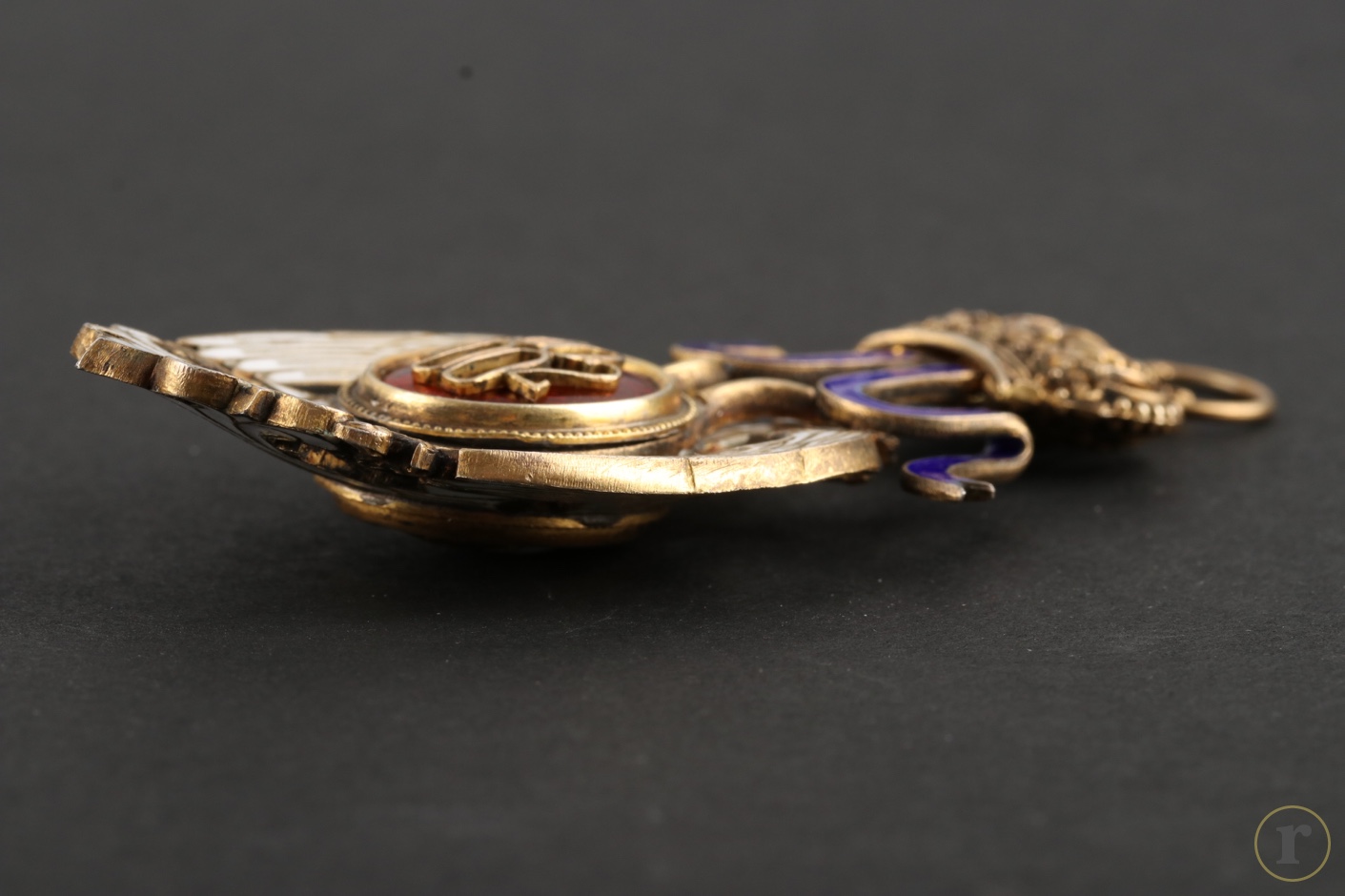 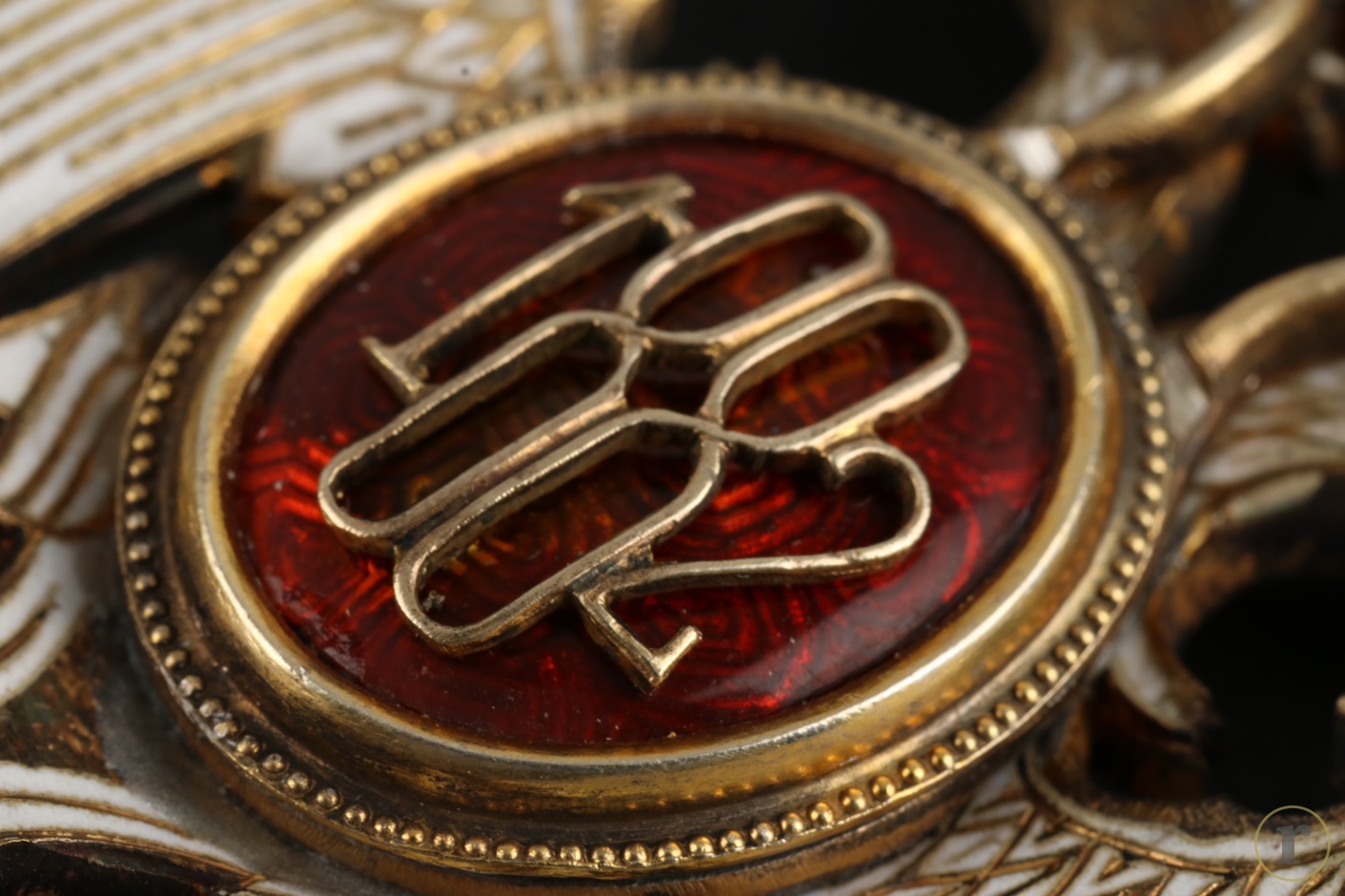 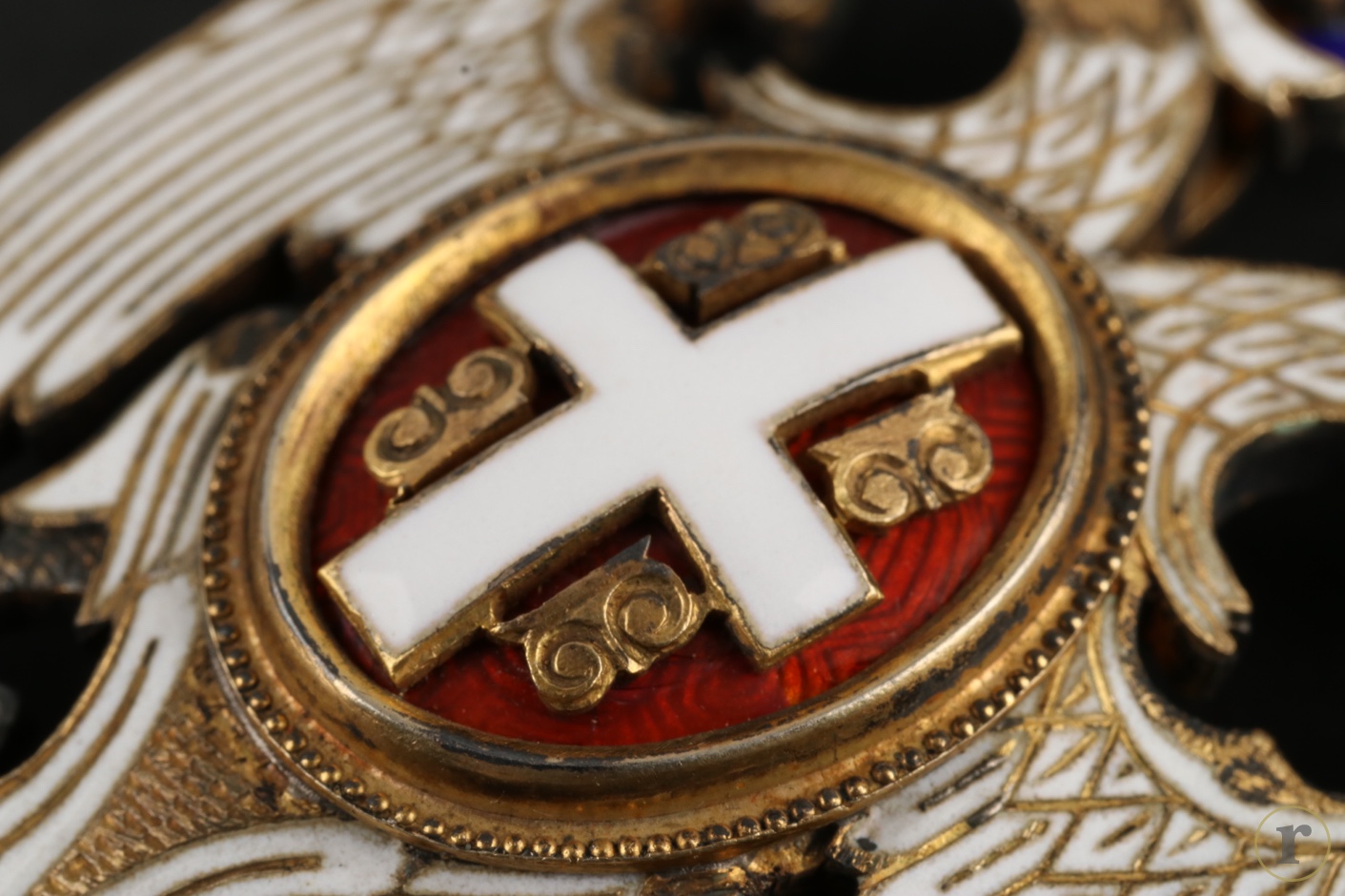 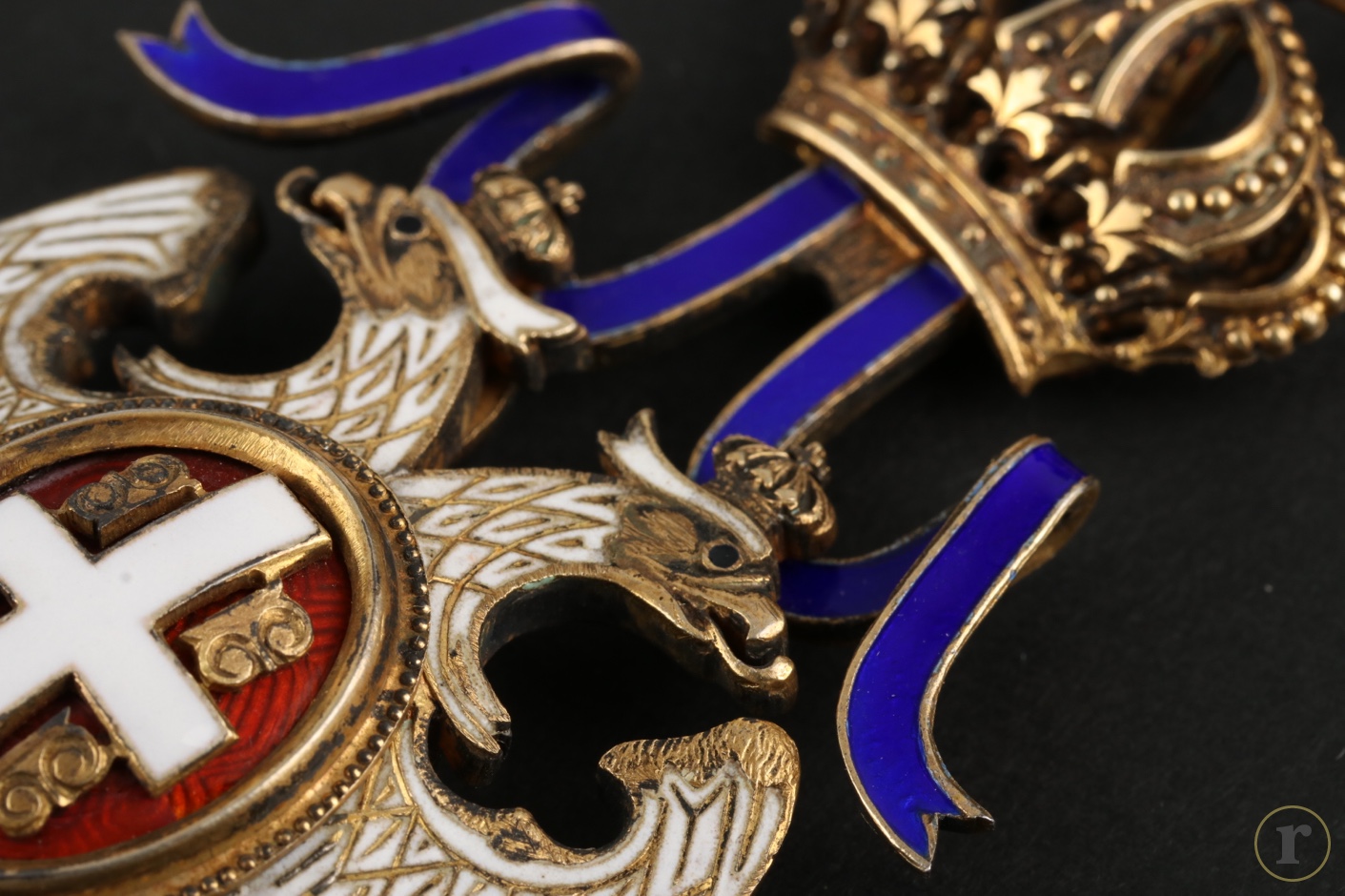 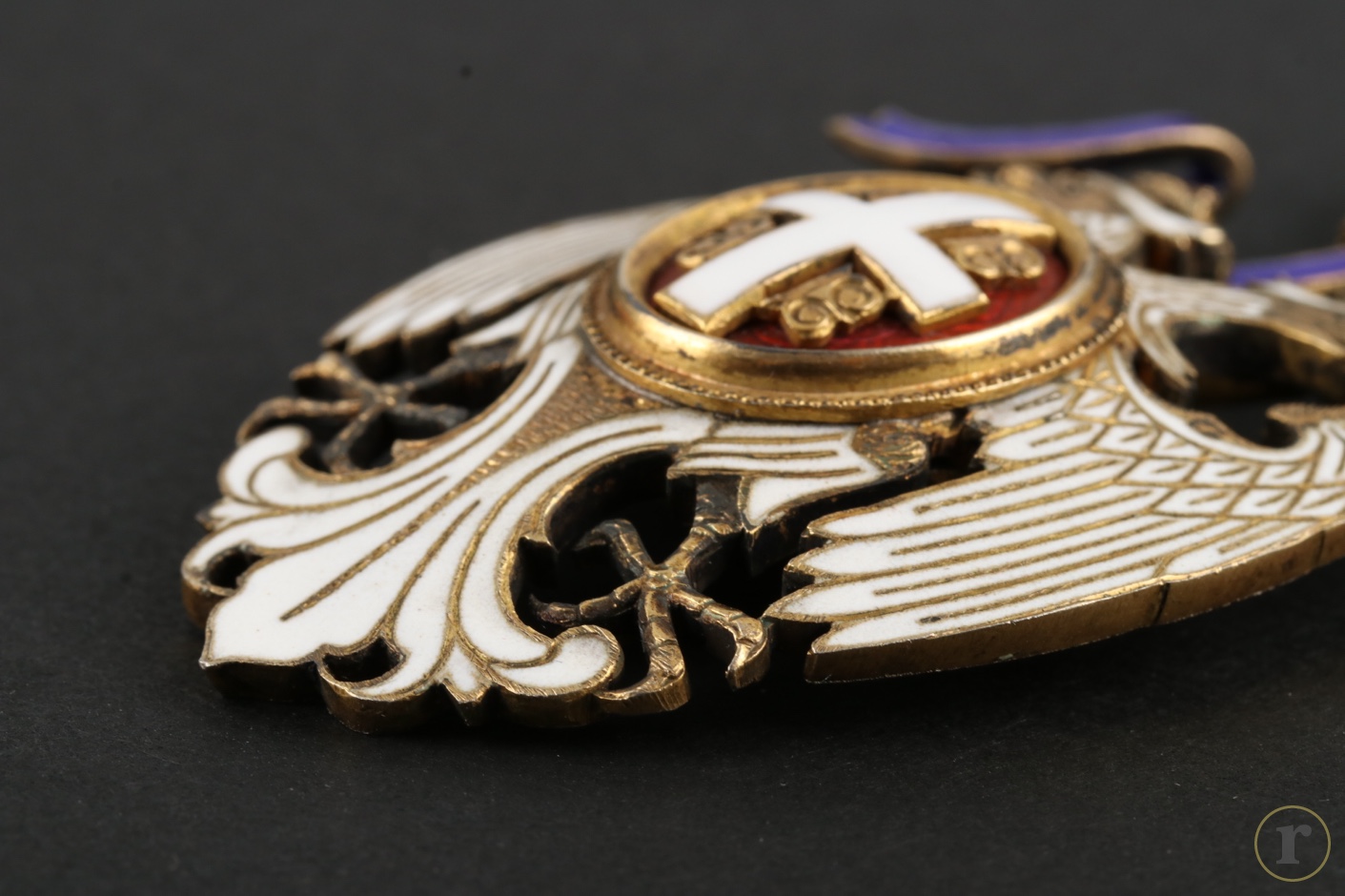 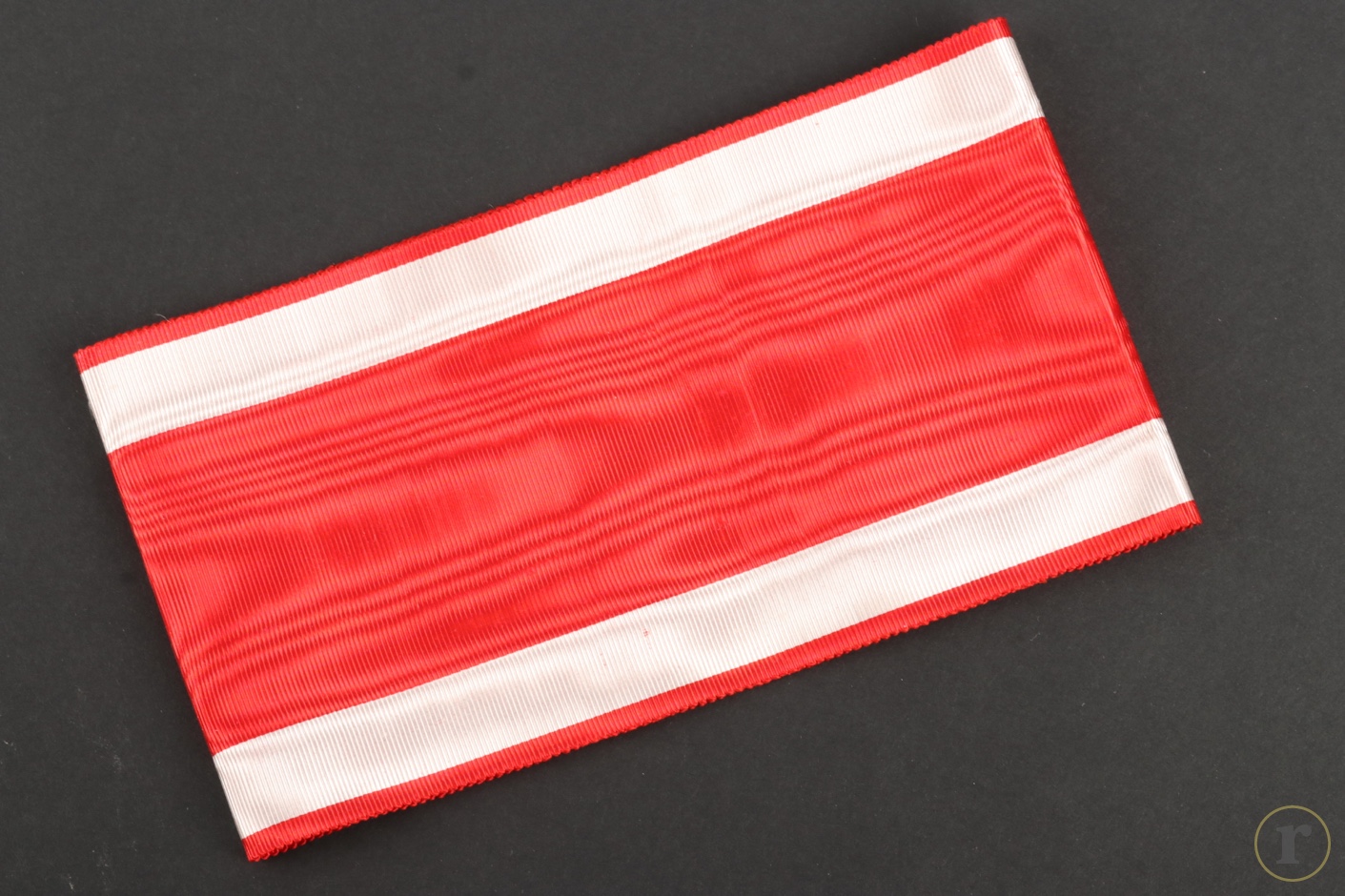 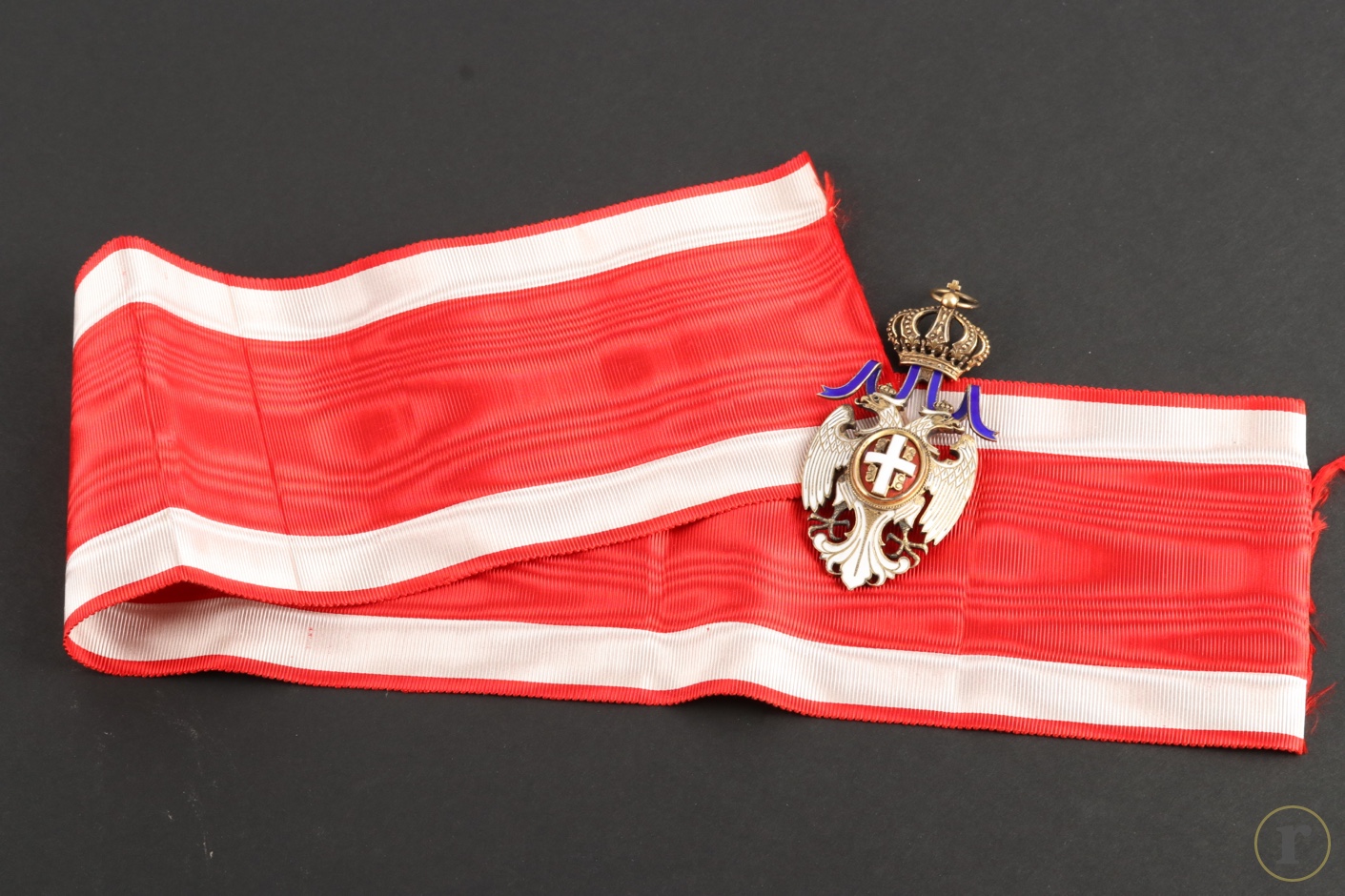