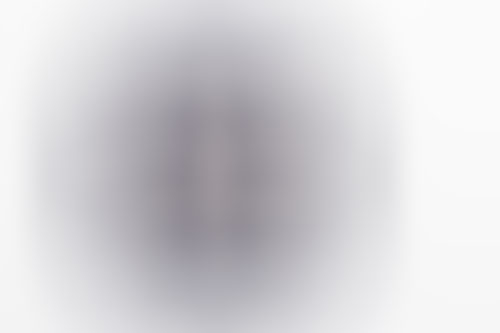 The publication dated on May 27 1935, from the Luftwaffenverordnungsblatt, gives information and details from the January 19 1935 decree ; the eagle holding firmly the lightning bolts between his claws was added to the oak and laurel leaves in which will now be established as the main striking design of this award. The Radio Operator and Air Gunner Badges (RO/AG) were the last flight badges to be officicially found and were officially described and published by the Reichminister der Luftfahrt on November 27 1935.

With the new growing Luftwaffe and later with the expansion of the war efforts the high demand for a wider range of specializations for Air Gunner, Radio Operator and Flight Engineer was not just a glimps but a constant reality. The later air gunners had to follow a smiliar path from the pilot training. They started with the initial six months of training at the Kriegschule or Fliegereresatzabteilung ; learning the basic of military life, intense physical training, general basic radio communications, survival notion, recognition, weaponery and more. After the mandatory intitial training, candidates were then sent to their chosen armed of service at one of the several Luftwaffe specialized Schools. The Air Gunners (Bordschützen) were sent to the Fliegerschützenschule (Air Gunner School) that was later re- named, in Januray 1942, Bordschützenschule after the decree that separate all three service of arm that used to be under the same award badge. The Flight engineers (Bordmechaniker) were sent to the Fliegertechnischeschule (Aviation Technical School) and the the radio operators (Bordfunker) were sent to the Luftnachrichtenschule (Air Signal School). From there, the new trainee candidates would receive specialized theorical and physical learning and teaching in each corresponding intended career for these three armed of service.

BORDFUNKER
The German Luftwaffe relied and depended on an increasingly diverse array of electronic communications and equipments and for this reason the trainee radio operator or for some, the wireless operator (Bordfunker), were required to meet with set standards and succeed in a very intensive and demanding nine month course at the air signal school (Luftnachrichtenschule). The basic initial training was carried out along with other Luftwaffe personal that also required radio operator training such as futur pilots or flak fire controllers etc... The course consisted of a deep studying of the reception and transmiting of morse code, radio frequencies, the differences and uses of the radio spectrum and their fonctionalities, designed emergencies and reserved frequencies etc. The fonctionning of the equipments and their maintenance was also carried out. A later course was taken to master both theorical and hands on radio navigation and radio instrumentations. This course section was performed at a separate school were real flights were disptached and later directly placed into Luftwaffe units in real situations.

BORDSCHÜTZEN
The futur new Luftwaffe air gunner trainee entered into a very rigourous five month of extensive gunnery course and markmanship abilities. The large range of weapons used during his training was to familiarize the gunner from small arms like Mauser Riffle or 9mm Pistol to different machine guns (MG series). Learning how to aim and lead a target was teached on a riffle before going on to machine guns. They spent days in a shooting range to practice precision and were taught data about handguns and machine guns. They also learned how to perform maintenance and proper cleaning, how to tear down and reassemble the guns, how to load drums and ammunition belts. All these skills needed to be memorized and a very rigourous exam was performed at the end. During that training period, their time was spent around disassembling and reassembling their machine guns according to manufacturing and military procedures. They had to be able to dismantle the MG to every single removable piece or up to the malfunction to be fix and then of course reassembled it in a certain amount of time. These exercises needed to be done repetitively until a perfect masterization was attained to ensure all trainees could clear as quickly as possible a machine gun jam or malfunction. These exercises had to be completed with full gear and gloves on and even blindfolded, to mimic real combat conditions.

BORDMECHANIKER
The flight engineer has the responsability to keep the aircraft airborn and combat ready at all time. The requirement was ascomplished at the Fliegertechnischeschule (Aviator Technical School). The training lasted a nine months period, in which time, they received theory and practical engineering about various aircraft systems such as : engines, electronics, flight control, weaponery, hydraulics, elementary aerodynamics and many more. At the end of the engineering course, the trainees were then sent to plane manufactories or directly to military maintenance units as a stage to put into pratice what was taught and to gain practial experience. With the very wide range of different technology from injection engine to the jet engine at the end of the war, the flight engineer was, in general, assigned to only one or few types of airplanes. Later on the war, with the growing demand, the flight engineers were requested to work on several technologies simultaneously.

FLIEGERSCHÜTZENABZEICHEN OHNE BLITZBÜNDEL
A new regulation, from the decree of the 22 June 1942, issued by the Reichminister der Luftfahrt was made to separate the Radio Operator from the Air Gunner and the Flight Engineer and created an independent award for each. The five month training had change considerably and more rigourous with exclusively and specific training which concentrate specifically to the position intended. Also, the new weaponery and new technic that followed the war efforts were taught together which resulted to crews being more knowledgeable and experienced for combat situations. The Fliegerschützenabzeichen ohne Blitzbündel badge was under the same decree that stipulated it could be awarded without the completion of the initial training if a crew member had participated in a minimum of five missions or wounded in flight. The Radio Operator, Air Gunner and Flight Engineer were all awarded under the same badge design with the eagle clutching two lightning bolts. After the decree of the 22nd of June 1942, all manufacture stock badges and every men previously qualified as an air gunner or a flight engineer had to remove the lightning bolts from their RO/AG award as it would not be replaced. The result gave a very nice quality looking badge and are known in the community under the name CO/AG, that stands for Cut Off Air Gunner Badge.