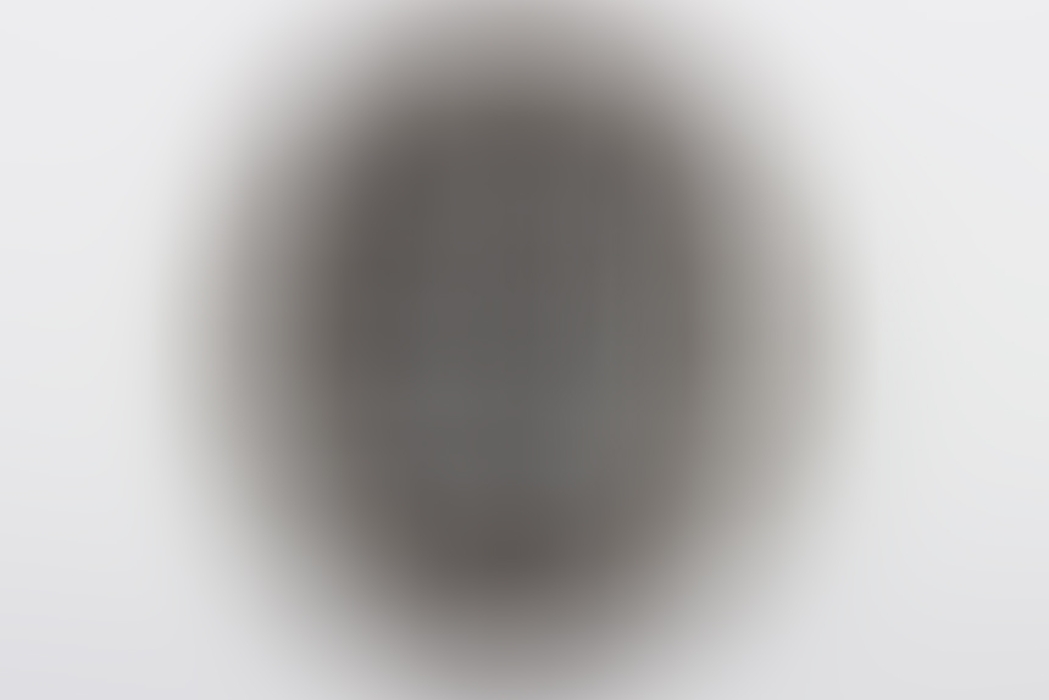 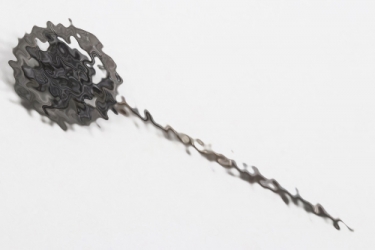 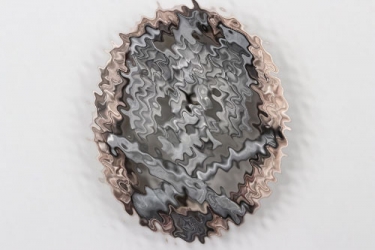 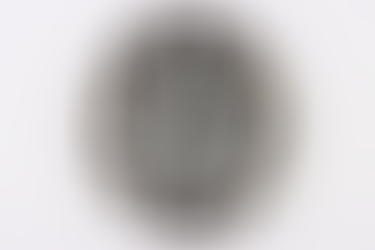 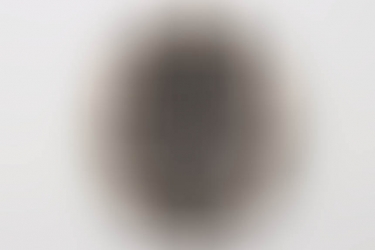 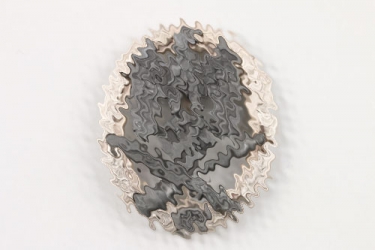 The General Assault Badge was awarded to Officers, NCO’s and Soldiers who participated in 3 Infantry or Armoured Assaults on three different days but were not eligible for the Infantry or Panzer Assault Badge. The award was created to recognize the combat actions of all soldiers not serving in Infantry or Panzer regiments but nevertheless engaging in close combat.  Among them Combat Engineers, Assault Artillery, Panzer Hunters,  Anti- Tank and Anti-Aircraft units. Also eligible was Medical Personnel, Cavalry Units, and Signal Personnel when serving under close combat conditions.

*For the higher grades, it should be noted that for battle-hardened veterans retroactive service was taken into account. Also, war-wounded were credited with extra combat days.

Apart from one exception all early Grade I General Assault Badges were made in hollow form. Materials used were Nickle Silver and Tombak (Buntmetall) Both yellow and on rare occasions also white Tombak was used.

In an effort to save precious materials, by the middle of 1941, the production switch was made to Hollow Zinc and, on rare occasions hollow and solid Cupal, and on one occasion Steel. By the end of 1941, the order was given only to produce Combat Awards in solid form. This also affected the General Assault Badge that from then on was only produced in Zinc both in solid and semi-hollow form. As the war progressed the quality of the zinc used would steadily deteriorate. All higher grades were only ever made from Zinc both in Solid and Semi-Hollow form.

For civil use, first a 16mm variant and later 9mm miniatures were produced.

The General Assault Badge had to be worn on the left breast side of the uniform. In a central position if worn as a single decoration, below and to the right if in combination with higher valour awards such as the EK I.

So far 37 Grade I makers were identified. Three makers were responsible for the production of the Higher Grade GABs.

The number of General Assault Badges actually awarded will forever remain unknown but several hundred thousand for sure were produced.