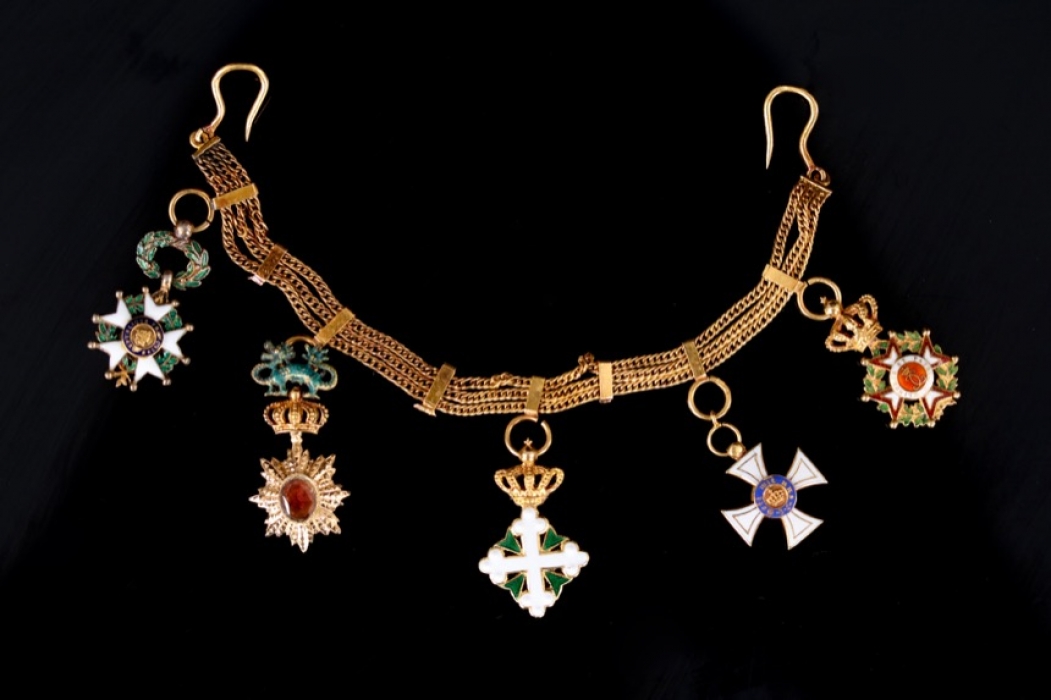 The recipient could potentially be identified. Three miniatures missing.

The Prussian Crown Order was founded on the day of the coronation of King Wilhelm I. in Königsberg, on October 18, 1861. The act of the coronation was not performed since 1701. Even Wilhelm I.’s predecessor refrained from the holy act even though Prussia had a constitution for the past decade. King Friedrich Wilhelm IV. created it as a reaction to the so-called March Revolution of 1848. The constitution overtook for the first time in Germany several liberal positions. A catalogue of basic rights including jury courts to assure legal compliance and control of the monarch were established. Therefore the coronation, as controversial as it may have seemed, established the King as the rightful ruler, sanctioned by God, above the constitution.

The Crown Order was awarded in 4 classes on a cornflower blue ribbon and awarded as such until the end of the monarchy in 1918. The 1st class consisted of a golden, white enameled cross and a six-pointed star. The Cross was worn on a sash that initially extended from the left shoulder to the right hip. The star was placed on the left chest below the Red Eagle order if on hand with the recipient. However, due to an error in the initial documents the sash placement had to be corrected on February 2, 1862, to finally extend from the right shoulder to the left hip. The 2nd class consisted of a smaller version of the white enameled cross, worn on a narrower neck ribbon, that could be awarded with and without star. The star was a four pointed one. The 3rd and 4th class were worn from a buttonhole or the medal bar and were equal in size, yet smaller than the 2nd class. The 4th class lacked the white enamel. The center medallion of all classes featured the Crown surrounded by a blue enamel motto ring stating ”Gott mit Uns” (“God with Us”), supporting the meaning of the just performed coronation.  The Crown itself was a five pronged one, that existed in two variations through the lifetime of the order.

As of January 18, 1862, the princes of the royal house automatically received  the Grand Cross of the Red Eagle Order as well as the 1st Class of the Crown Order if awarded the Black Eagle Order.

In January 1863 the king created a special jubilee number “50” to be worn on either the stars above the medallions or as a plaque on the decoration itself, for those celebrating a minimum of 50 year service. For 60 years of service the number “60” was awarded with the Crown Order.

By decree from February 27, 1864, for the war with Denmark, Wilhelm I. ordered that the Crown Order could be awarded with swords for bravery in all classes. The swords were affixed through the middle of the medallion. If a recipient was promoted to a higher grade and had been awarded the lower grade with swords, the swords of the lower grade were mounted on the ring of the cross of the higher grade, and on the star (if awarded) above the center medallion. Recipients of the swords on ring could receive swords through the middle for new qualifying acts of bravery and wear swords on ring and swords simultaneously.

Shortly thereafter the King reconsidered the ribbons for the order decorations. On April 22, 1864, it was decided that the 2nd to 4th class would be worn on a black ribbon with white stripes if awarded for bravery, equal to the Iron Cross ribbon. The 1st class would still be worn on the original blue ribbon. If a recipient would qualify again for an act of bravery and was promoted to a higher grade of the order at that time, the ribbon would show an additional white stripe through the center of the ribbon, making it three white stripes on a black ribbon. The decoration with swords on ring was always to be worn on the blue ribbon. War decorations, those with swords through the middle could be worn in addition to all others. Military officials received special treatment, they had to wear all decorations awarded for bravery, with or without swords through the middle, on a white ribbon with black stripes, like the non-combatant ribbon of the Iron Cross. Foreigners had to wear all decorations with swords etc. on the blue ribbon.

The manner of wearing the Crown Order and Red Eagle Order simultaneously in the 1st class was redefined on January 18, 1865. Wearing both at the same time was no longer permitted. Instead, recipients were to wear only the order they received first, and an enameled ribbon of the order not worn was affixed around the cross center and the stars medallion. The ribbon of the Red Eagle Order was worn on the Crown Order if the recipient had received the Red Eagle Order first, and vice versa. This custom was abandoned May 4, 1888. From then on the star of the initially awarded order was not worn anymore but the cross worn on the neck on a narrower ribbon after the statue.
The dark blue color of the ribbon was changed to a final lighter blue on May 23, 1865, and kept that way until 1918.
In 1866 it was ordered that St. John knights who volunteered to care for the wounded wear a miniature St. John cross on the ring of fourth-class decorations.

During 1867 latest all decorations were finally awarded with the larger crown design. On June 22, 1871, Wilhelm I. ordered that the 3rd and 4th class would be awarded on the so-called commemorative ribbon, a ribbon that was striped 6 times white and black and a red trim for service in the care of the wounded. Medics and doctors would wear the order decoration with an additional attached red cross on the upper cross arm just below the ring.

Analog to the Red Eagle Order, diamonds could be awarded with the order to pass financial favors to meritorious citizens. Those decorations had not to be returned to the order's chancellery.

On January 7, 1914, Wilhelm II created the so-called Kleindekoration, a smaller version of the 1st Class Set. These were to be worn on the coat, mess coat and hunting dress. 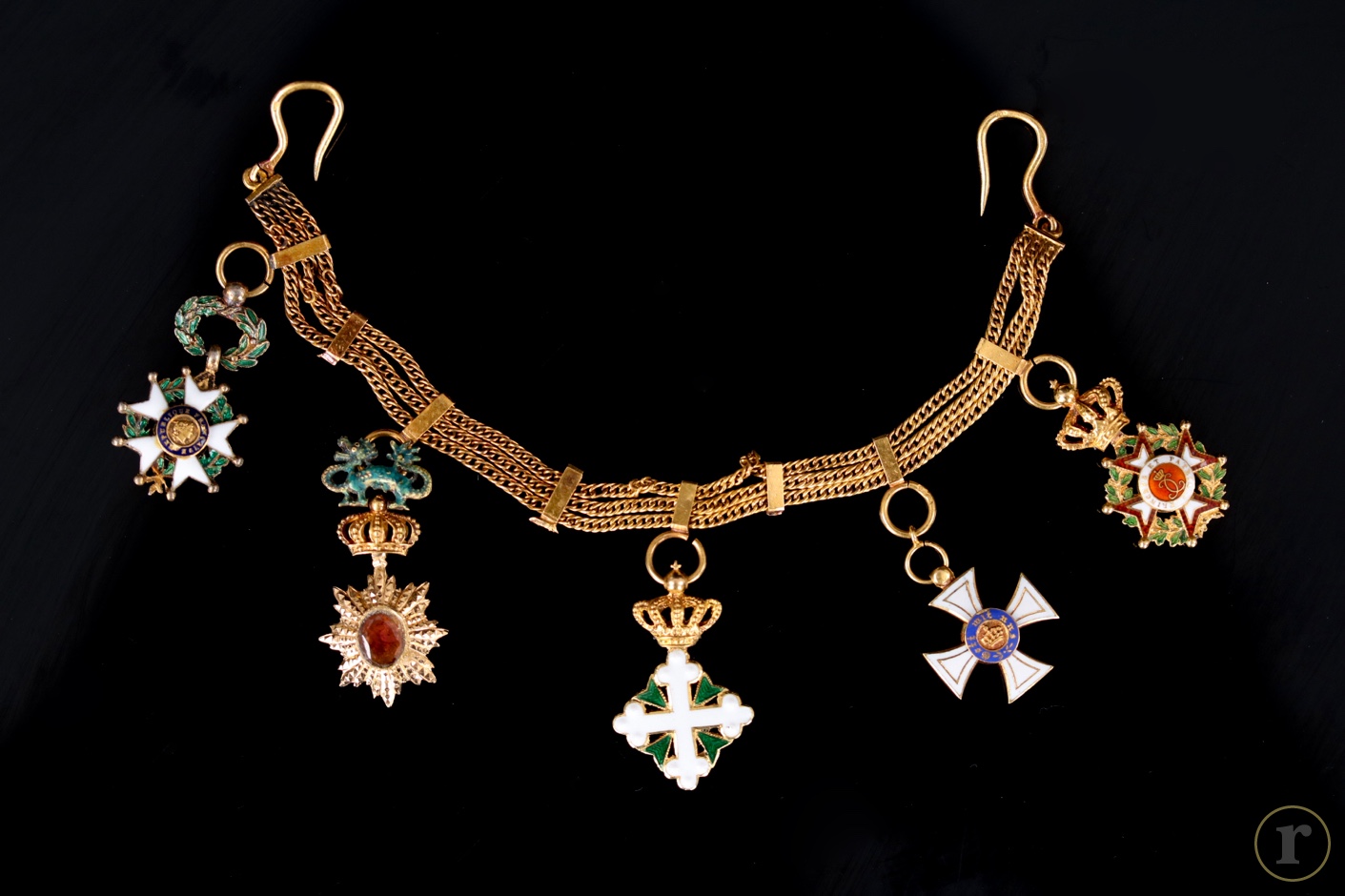 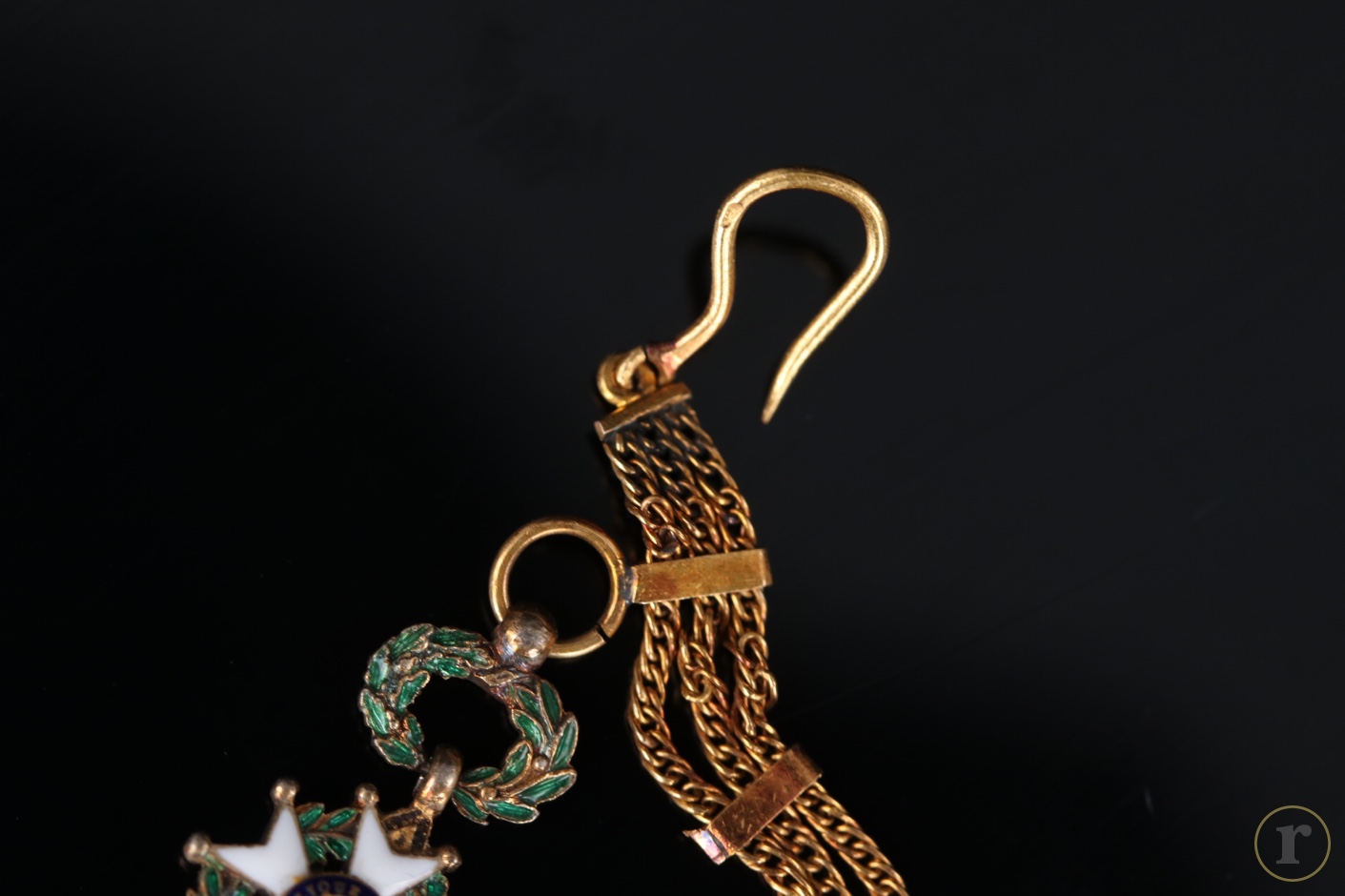 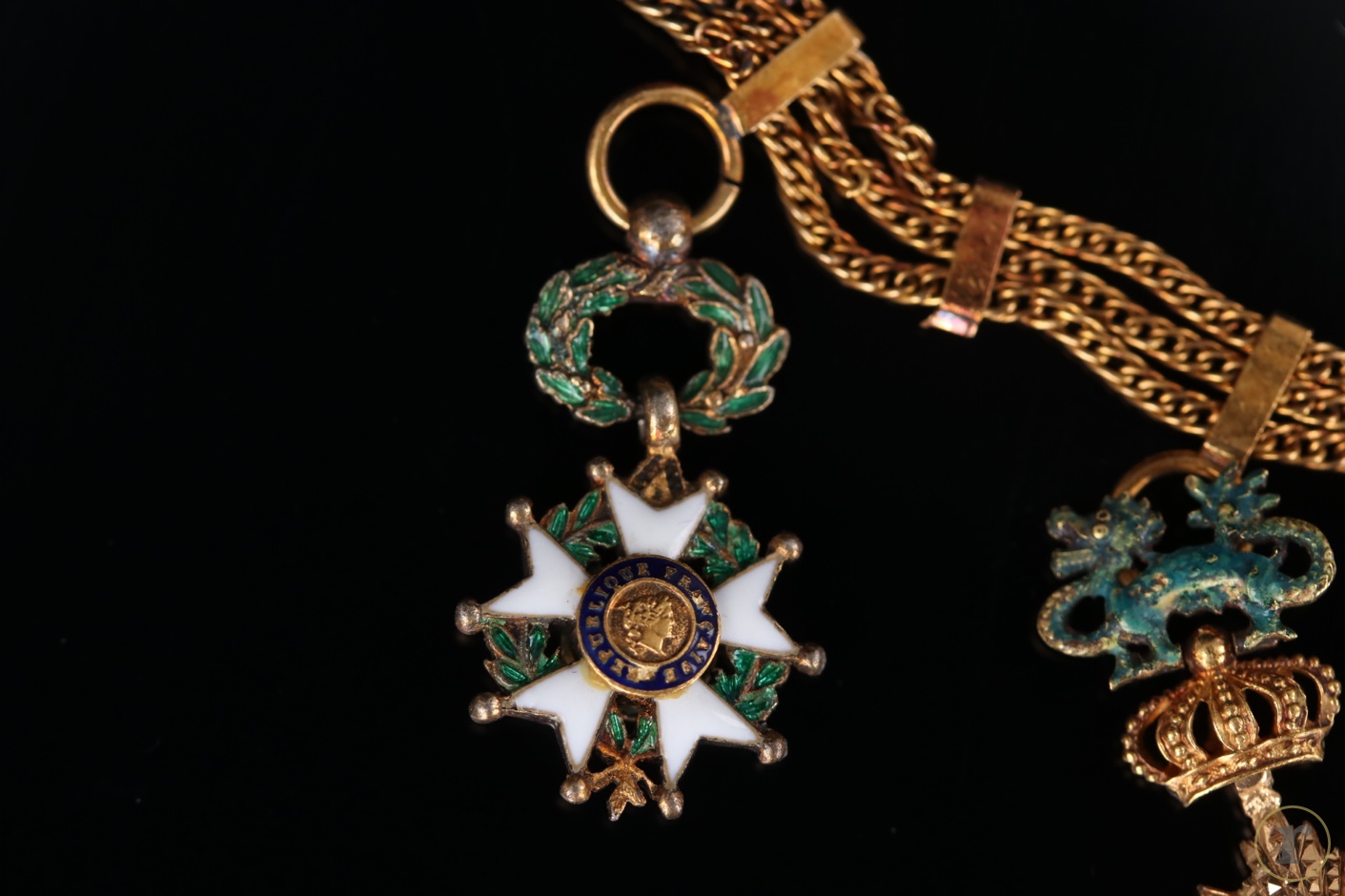 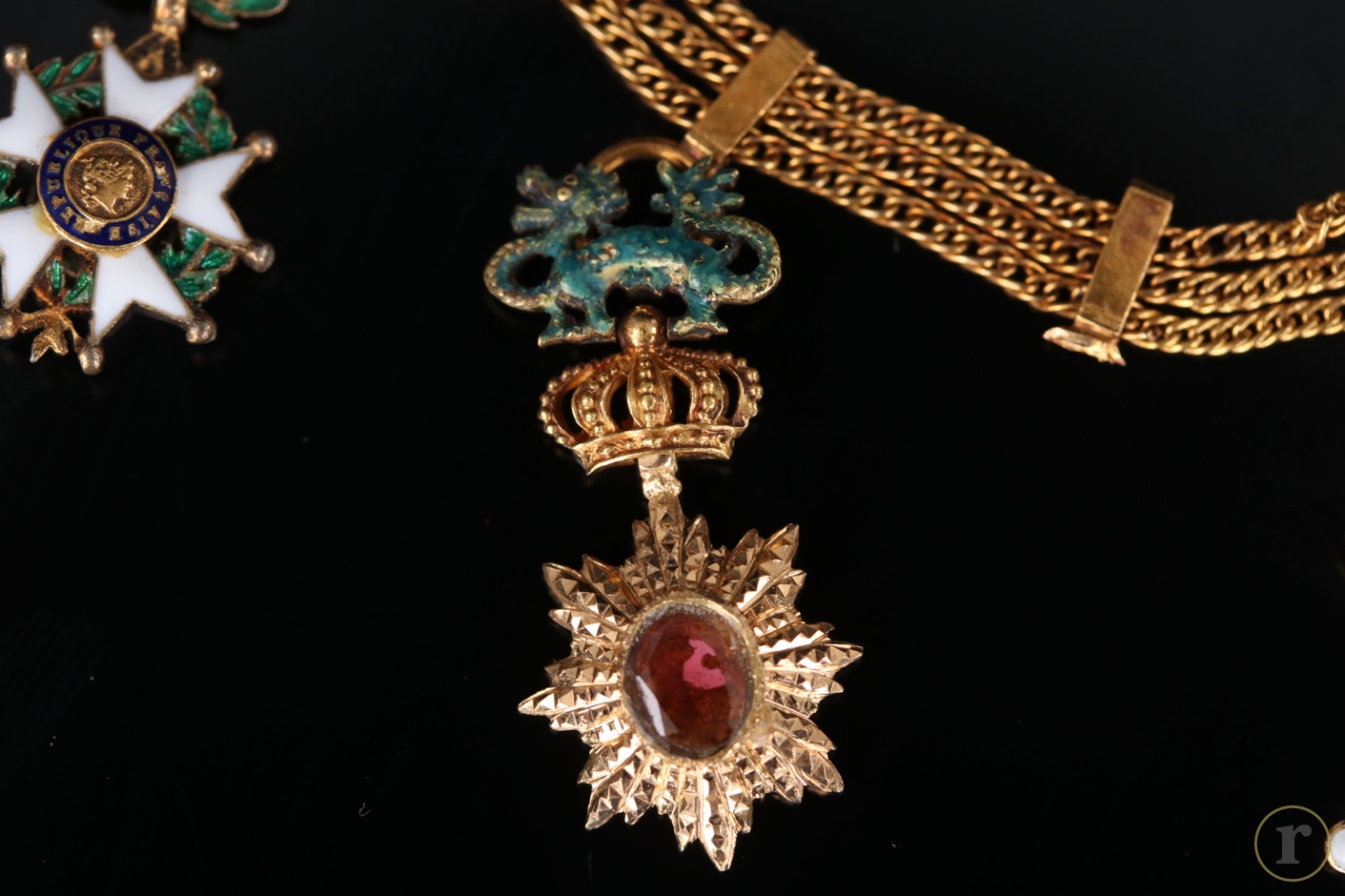 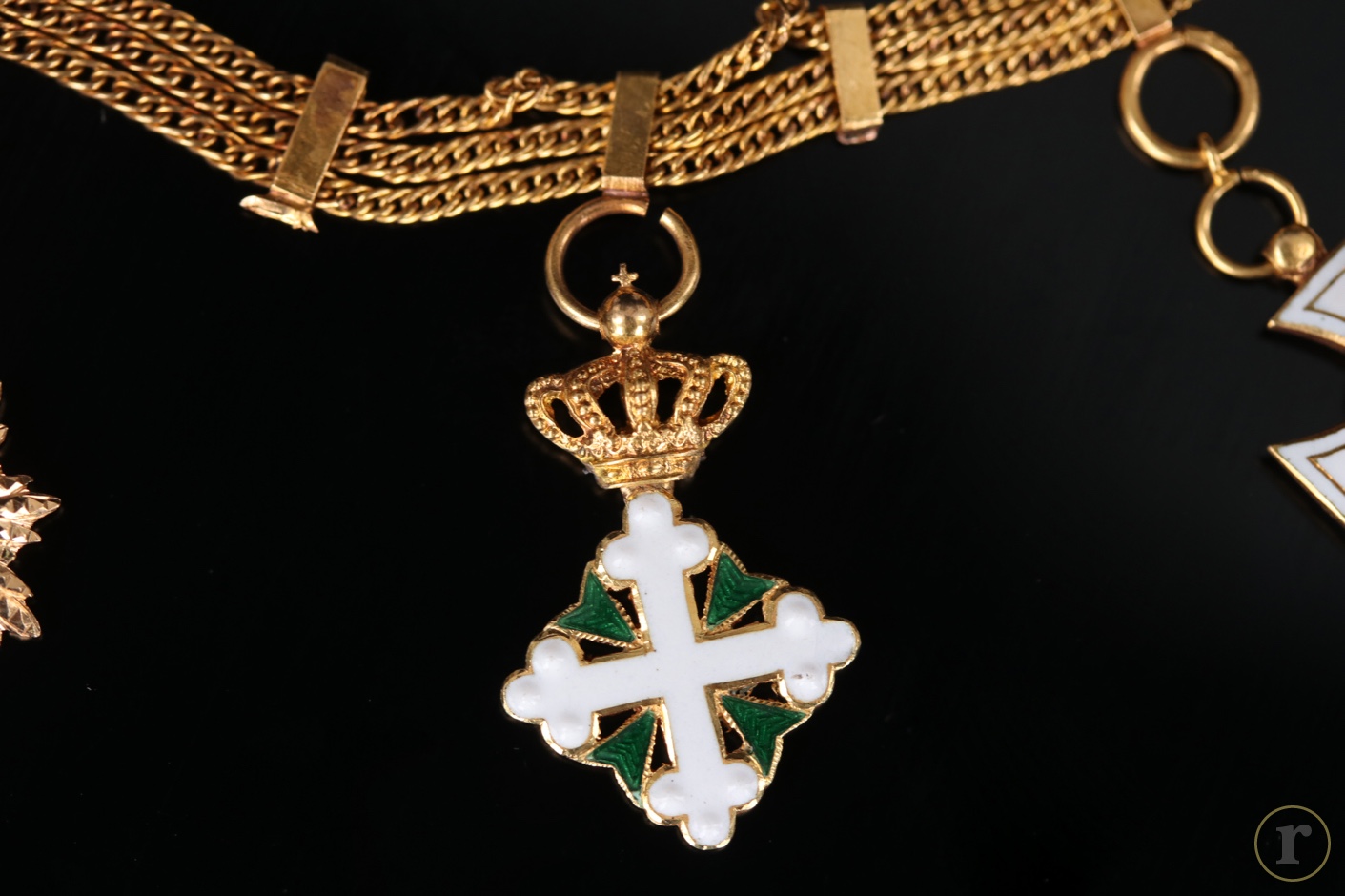 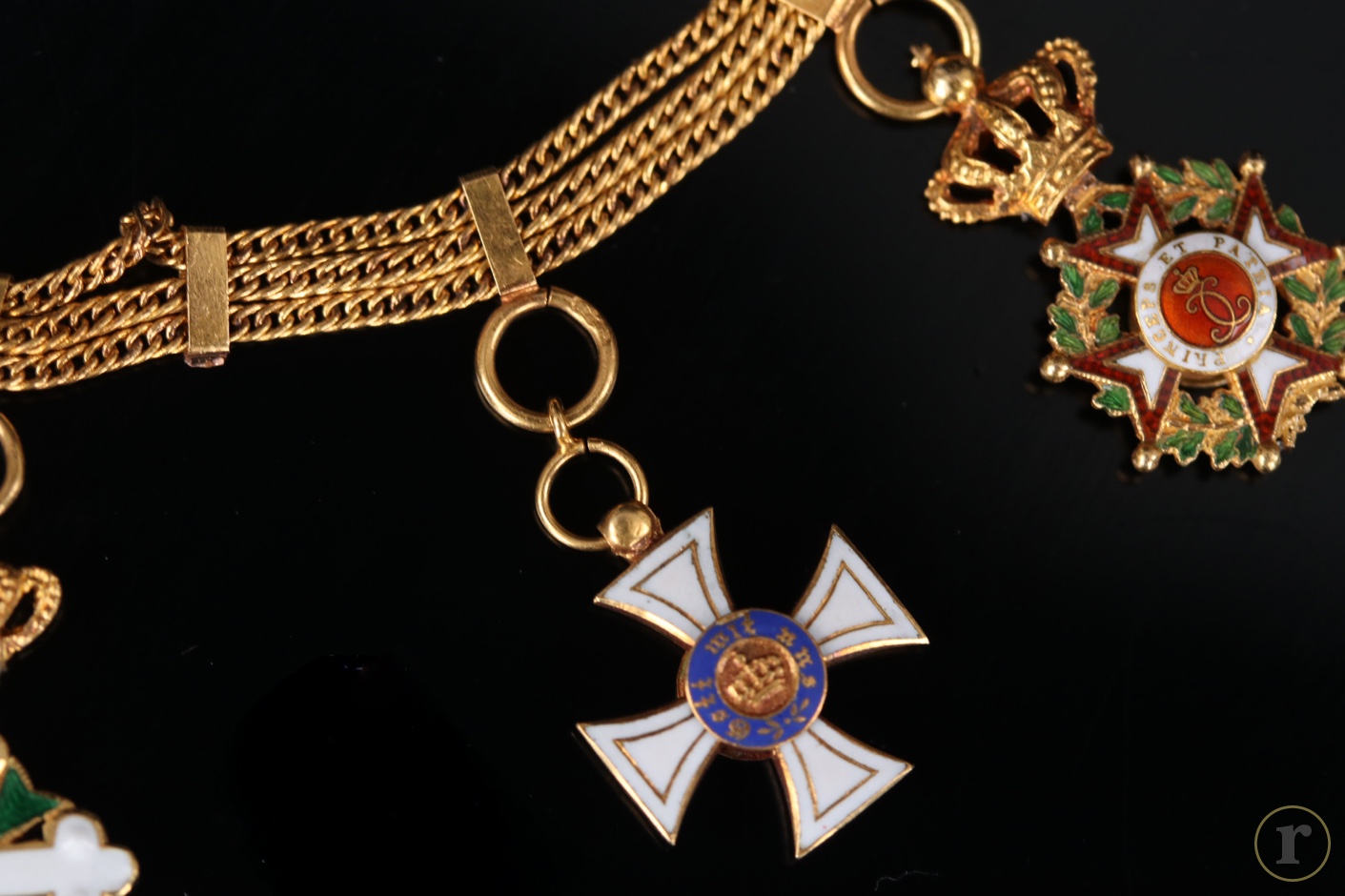 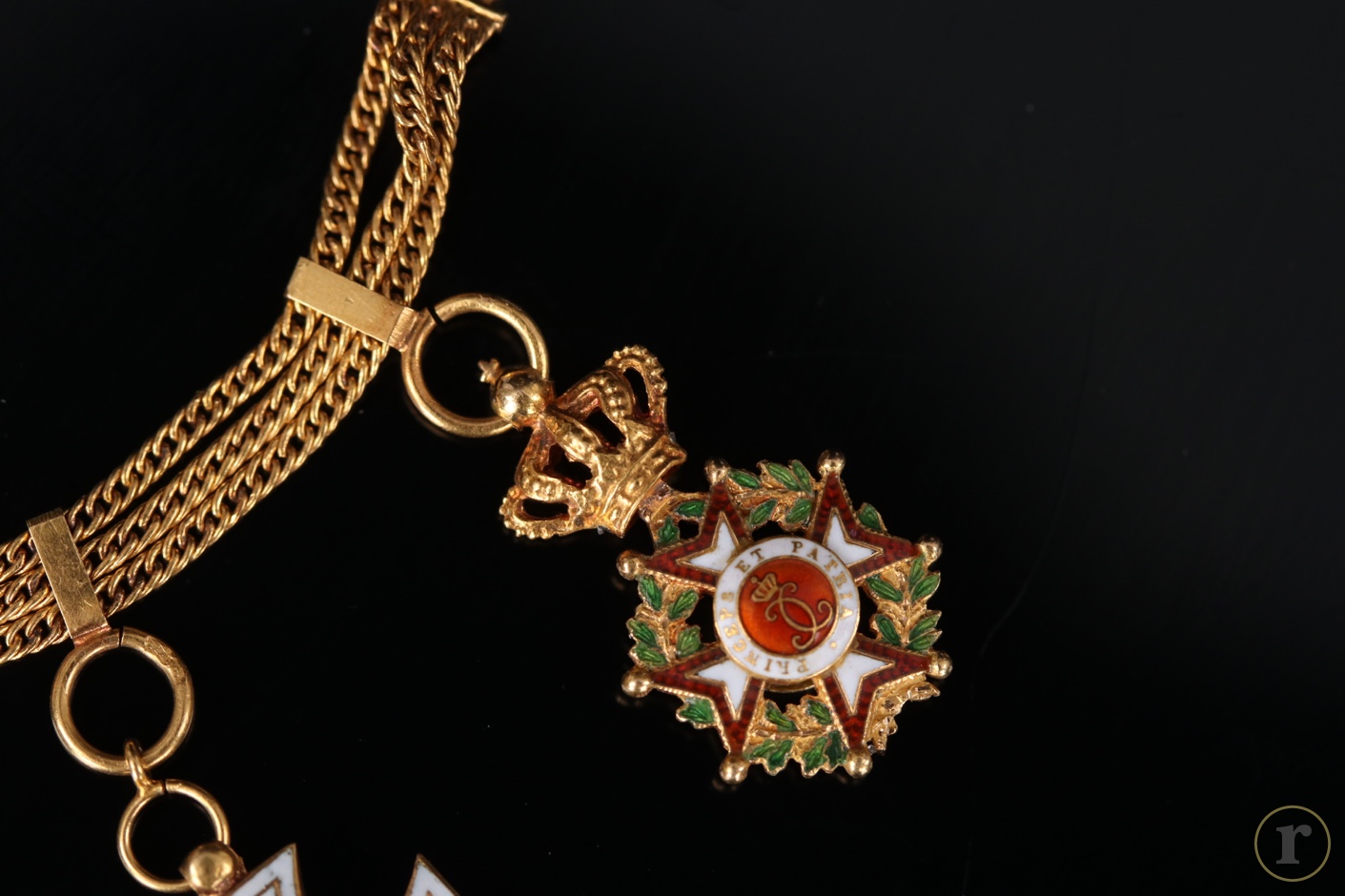 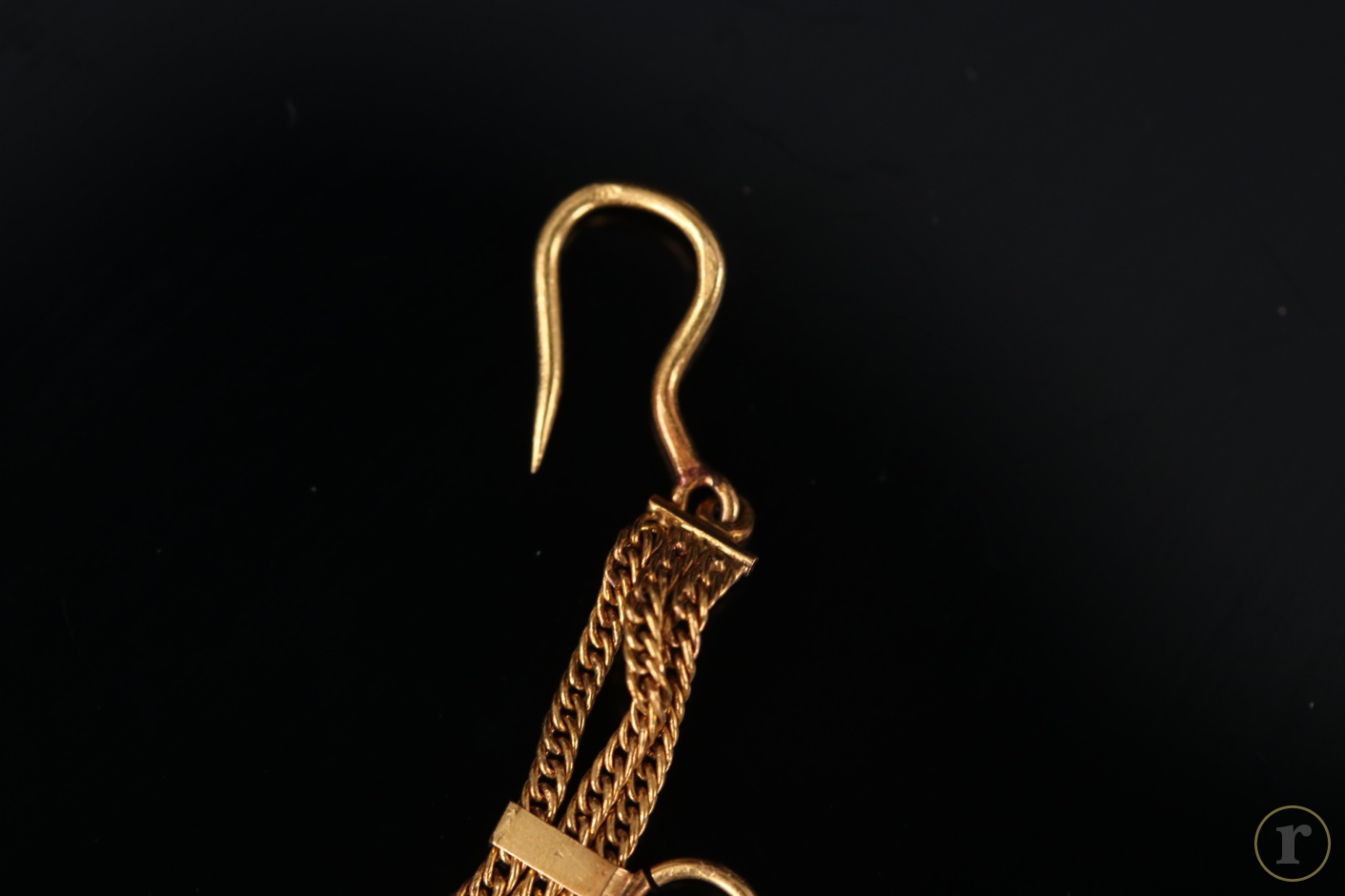 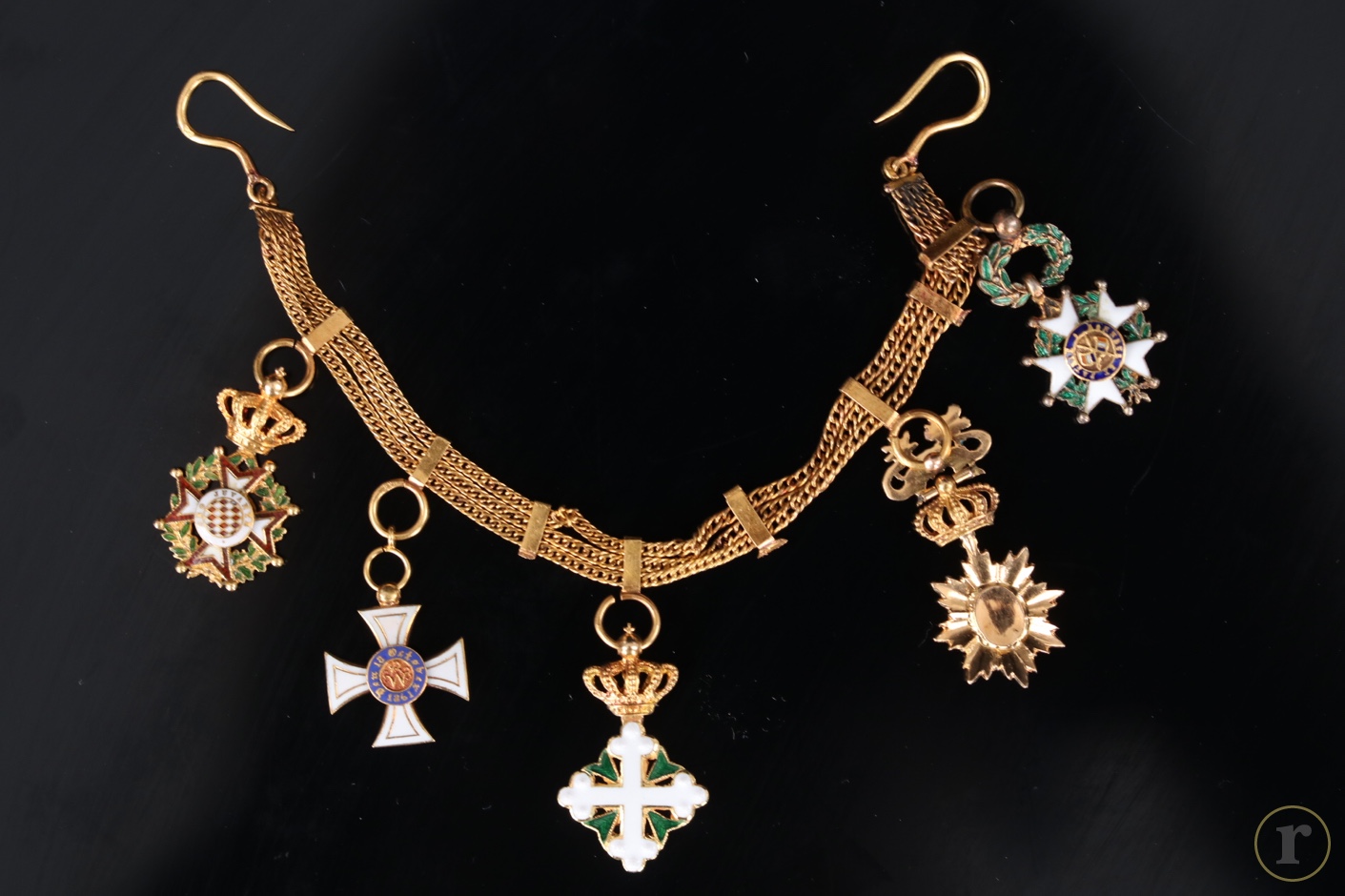 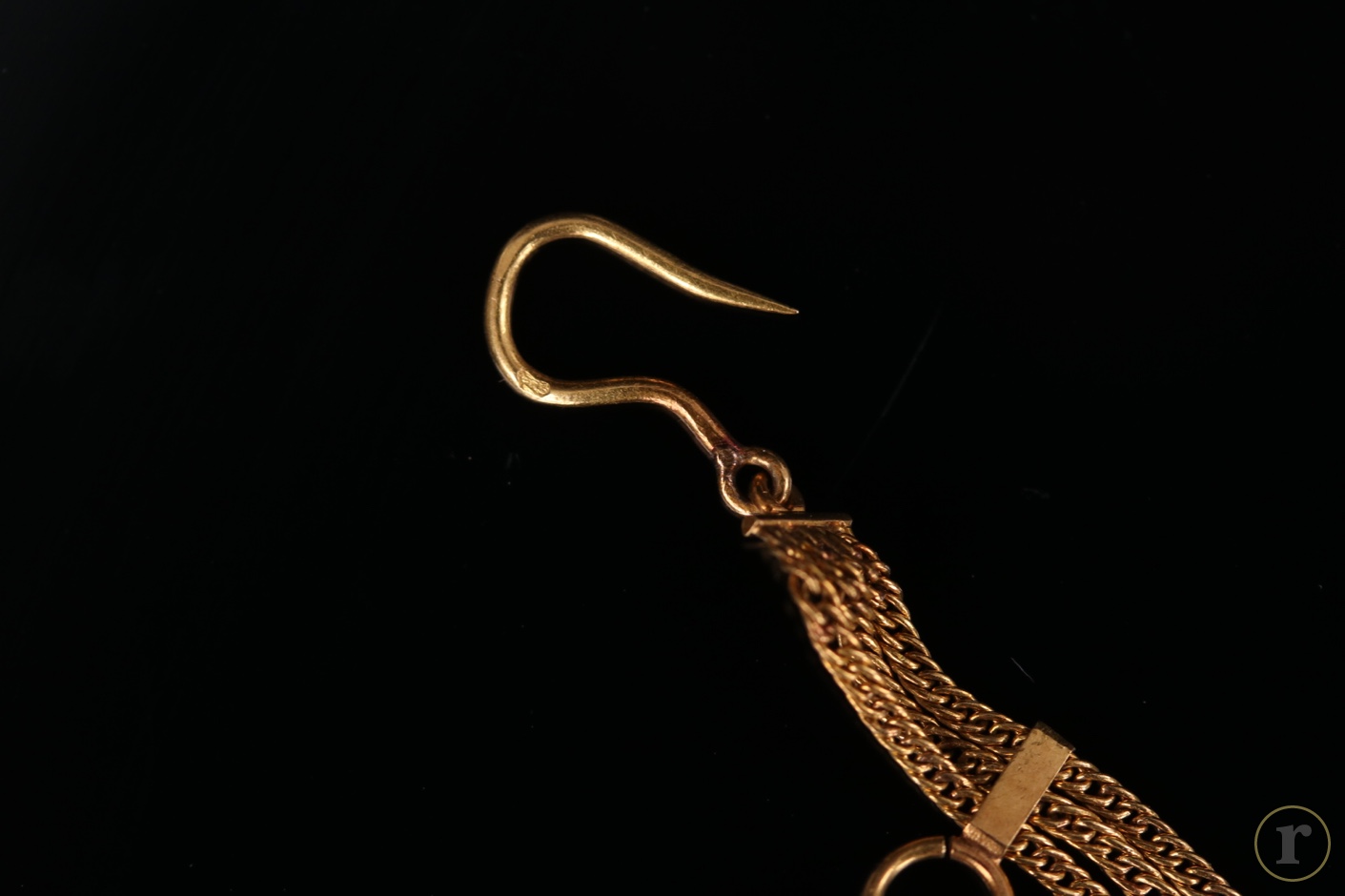 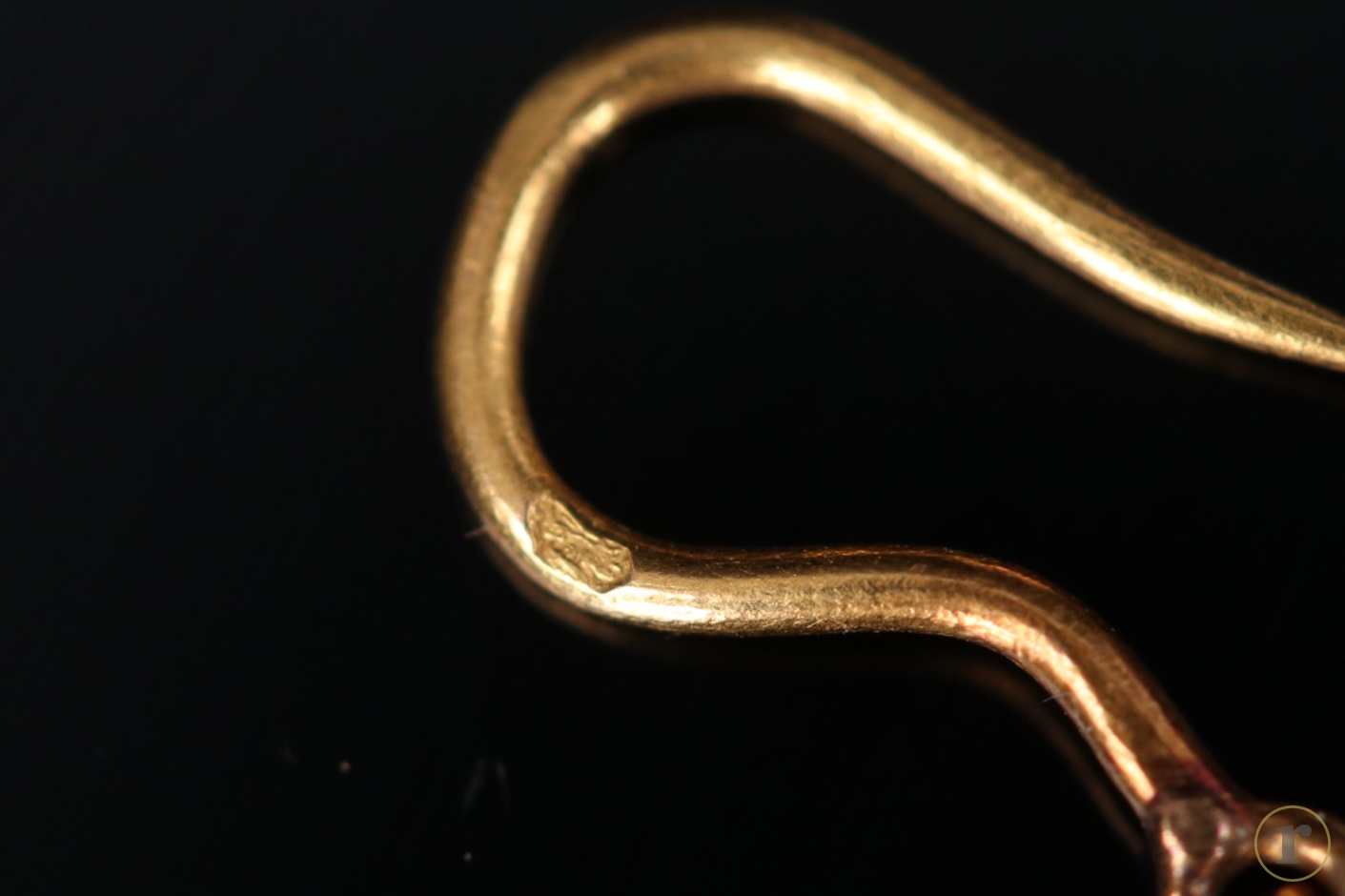 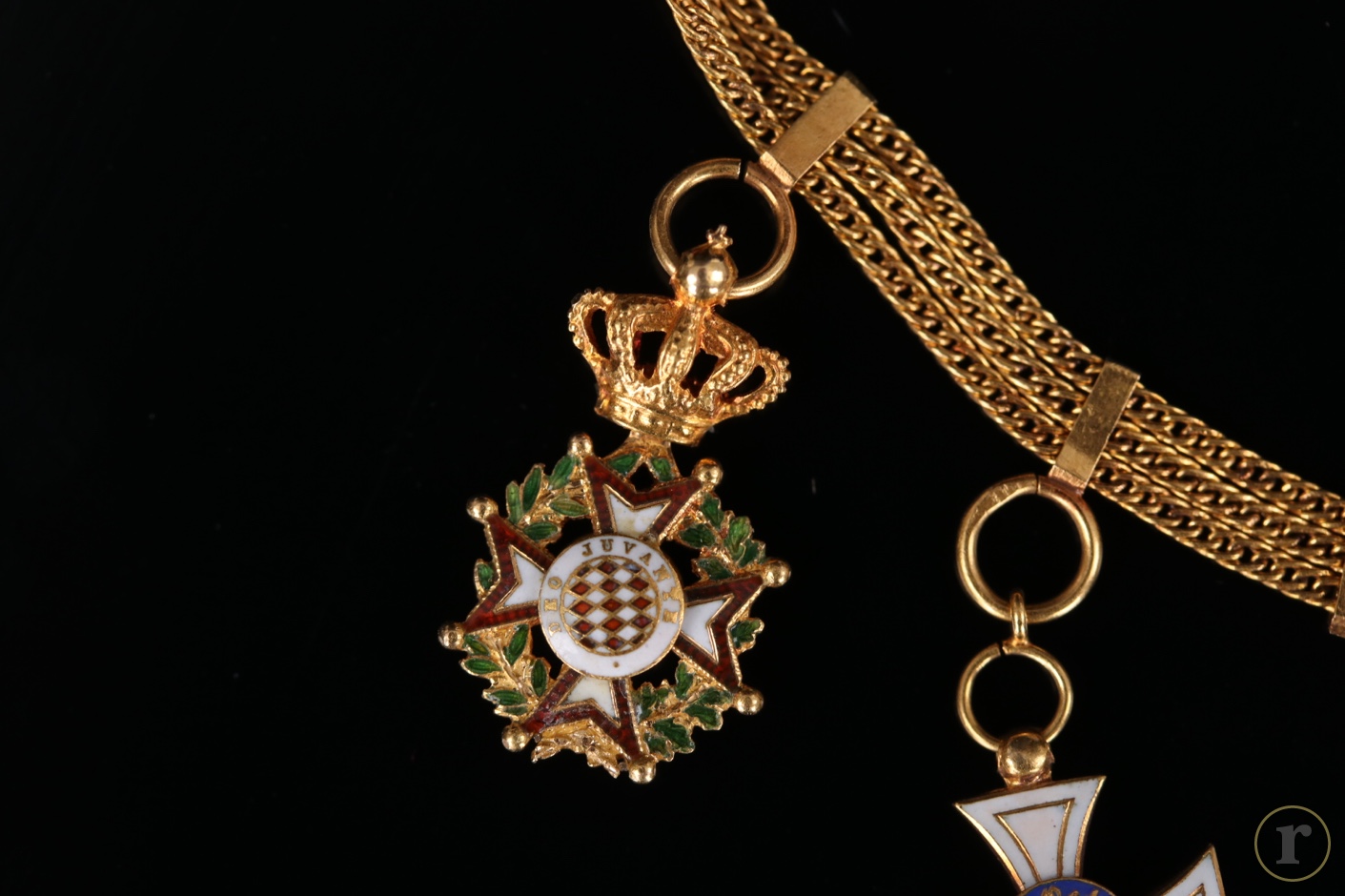 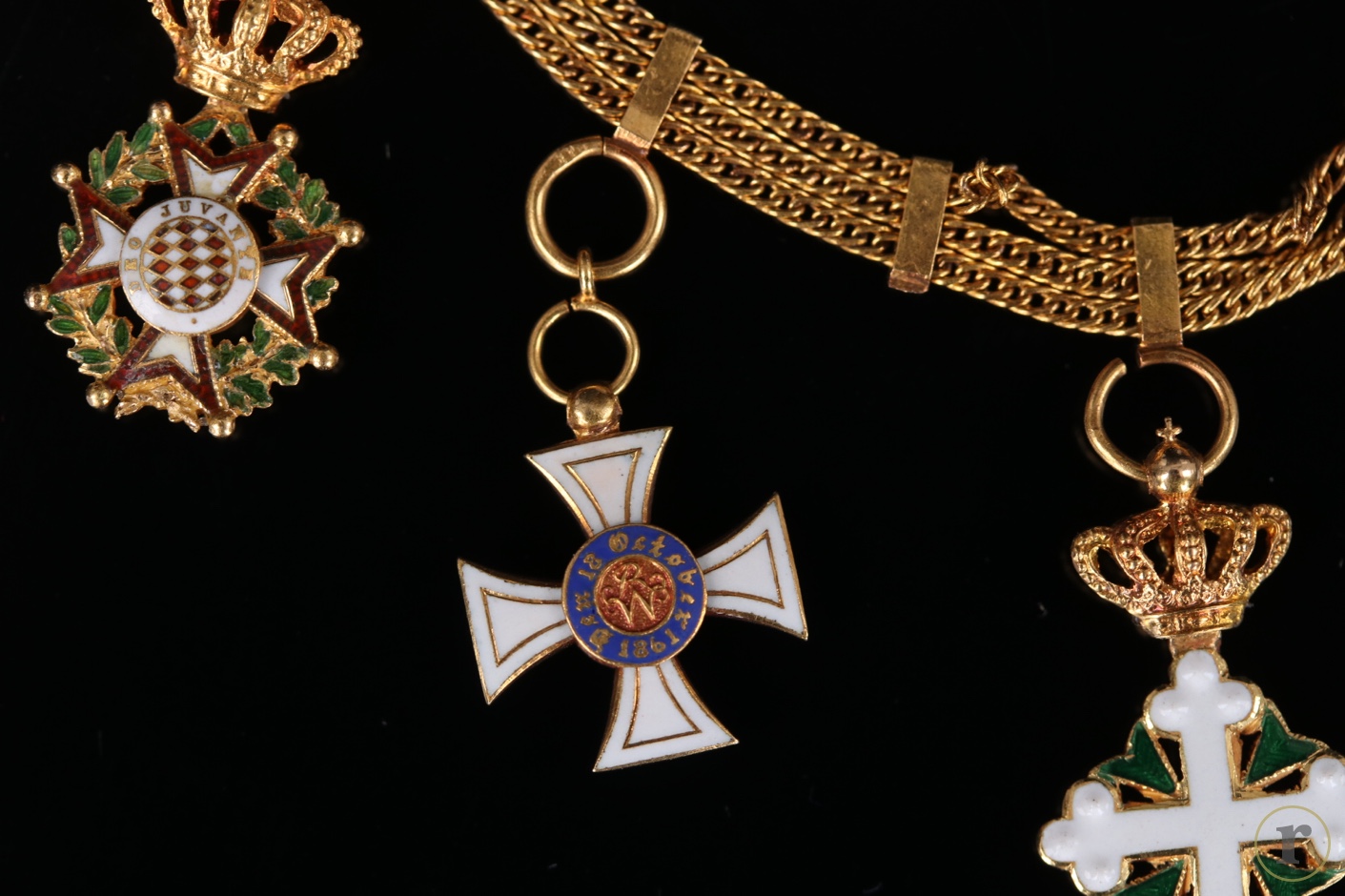 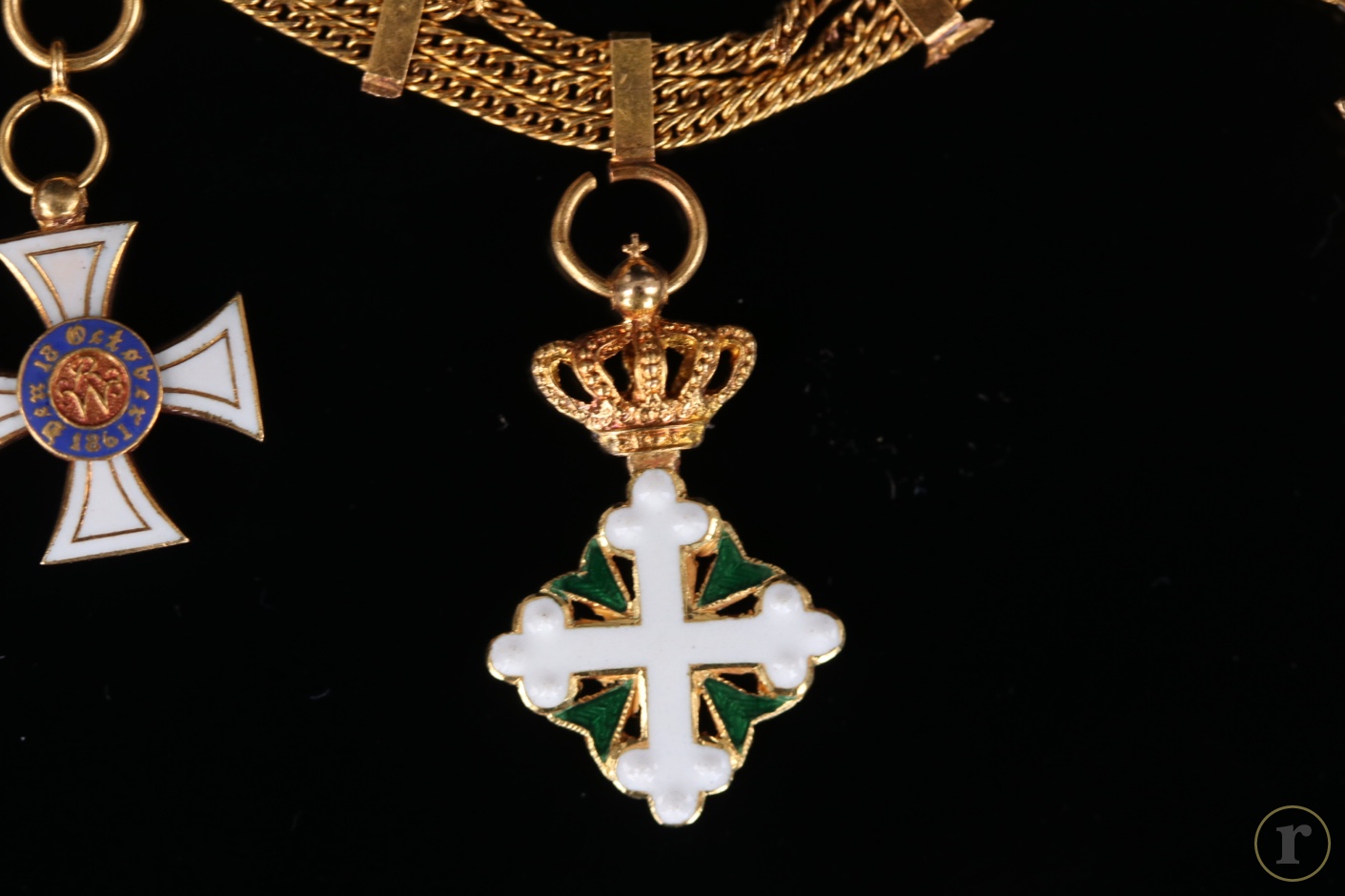 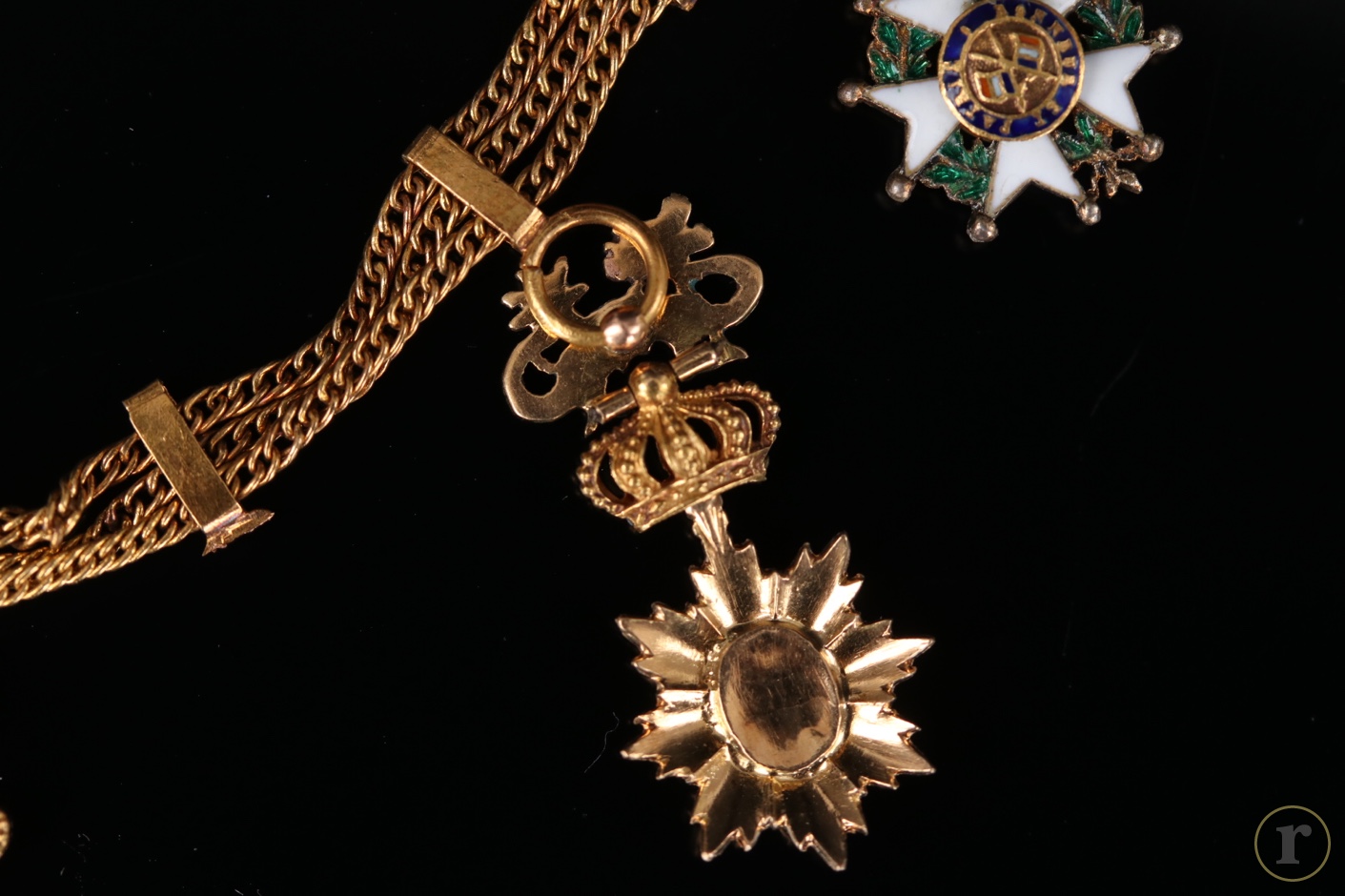 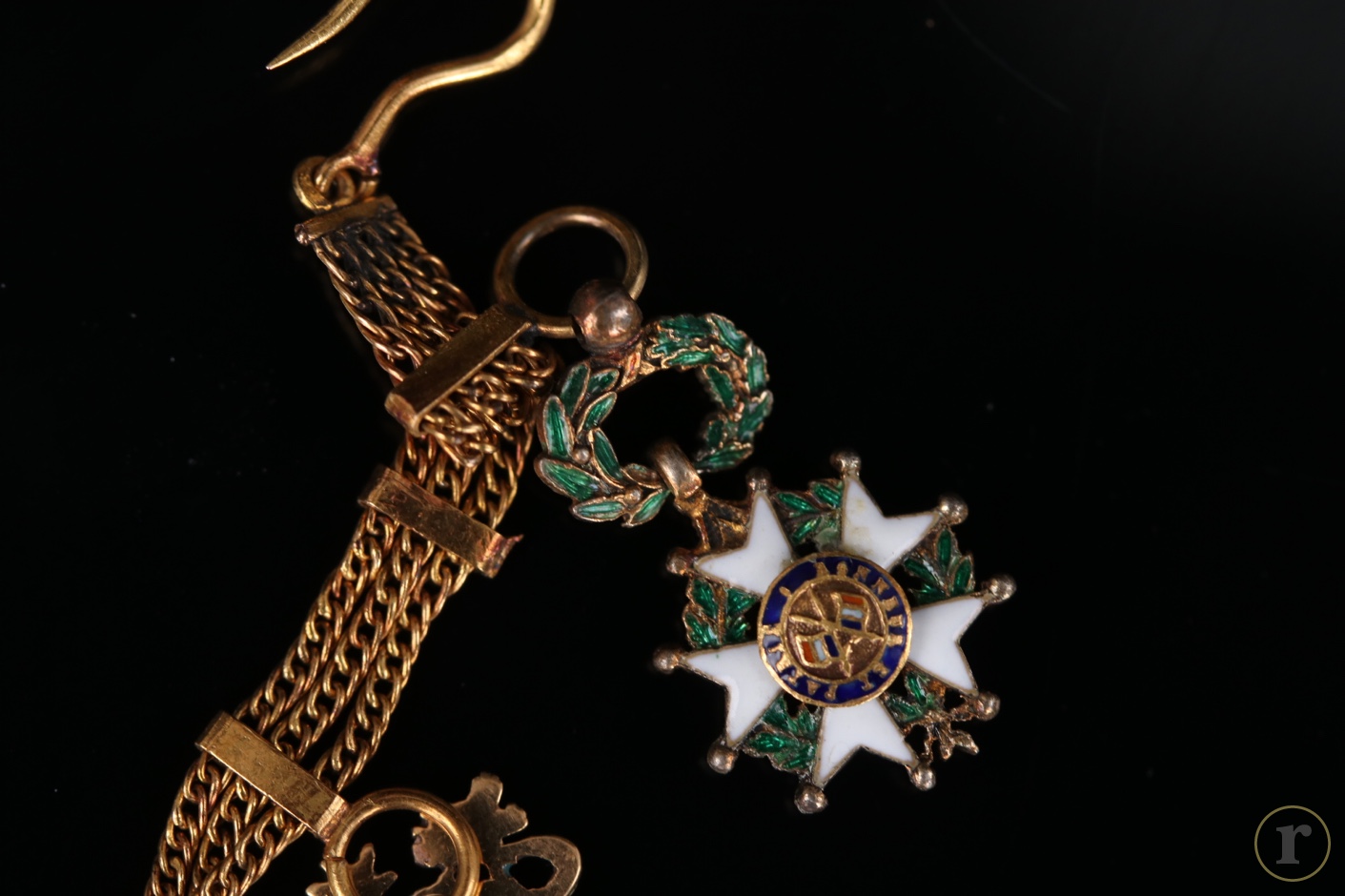 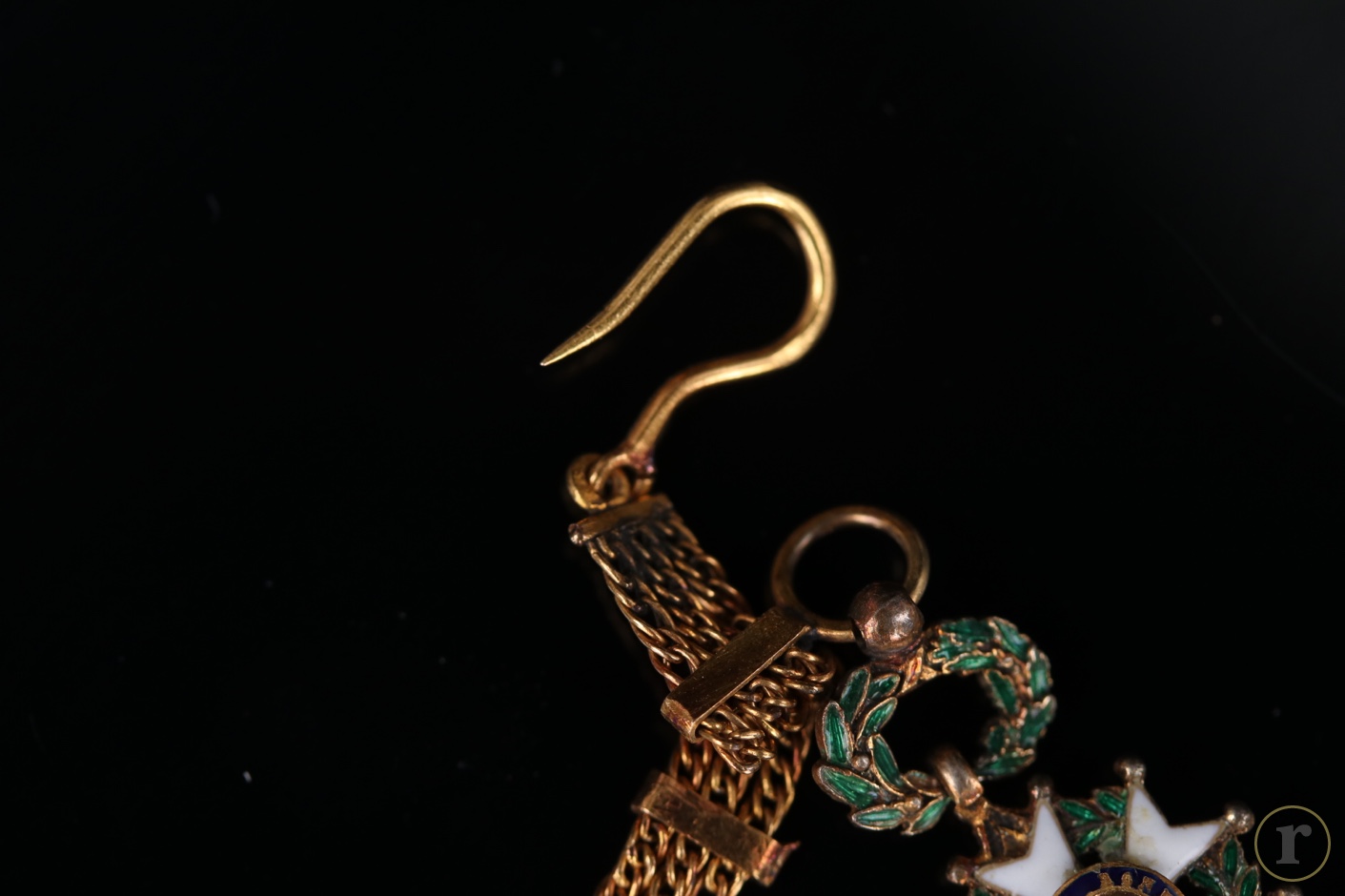 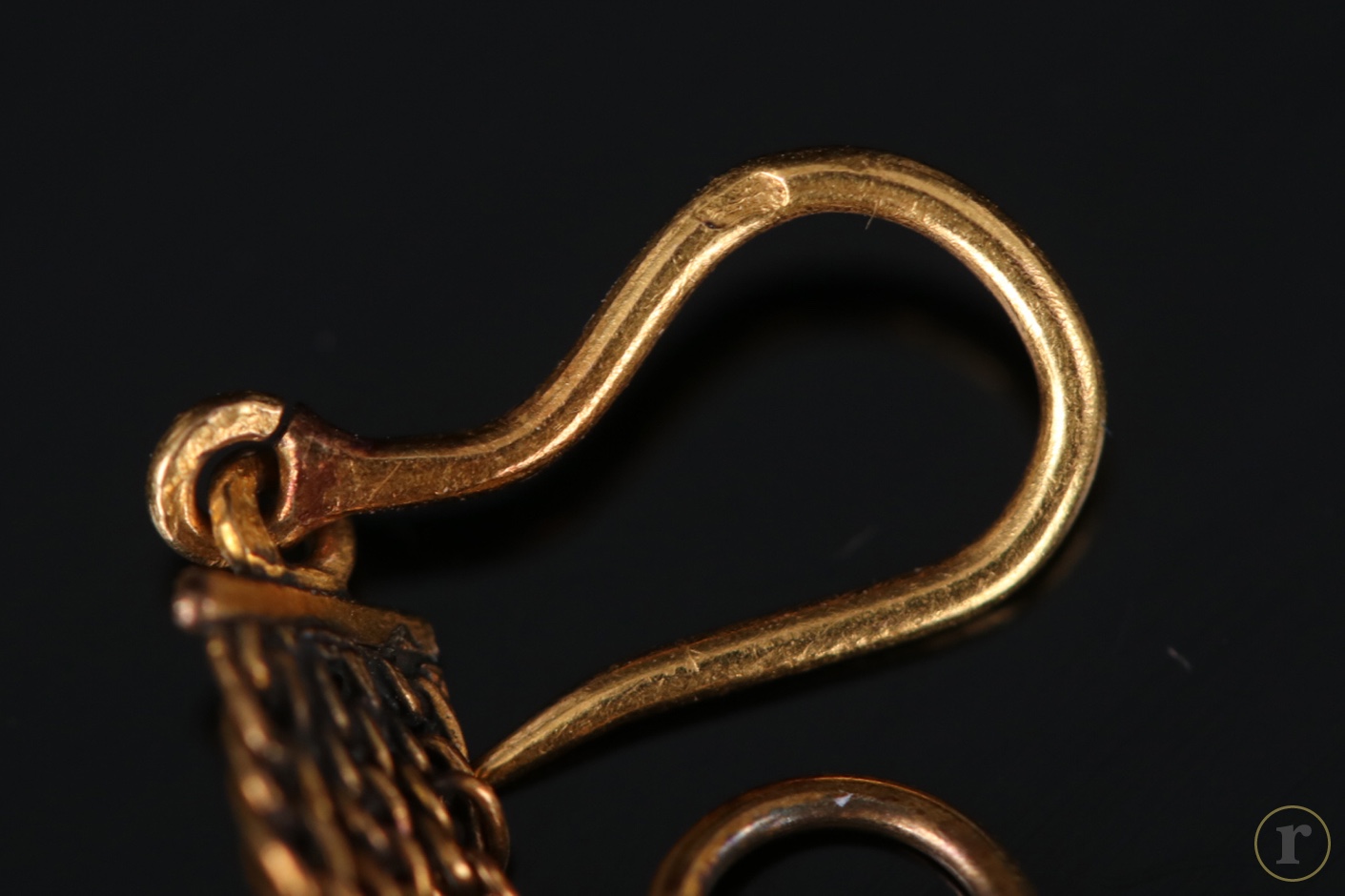