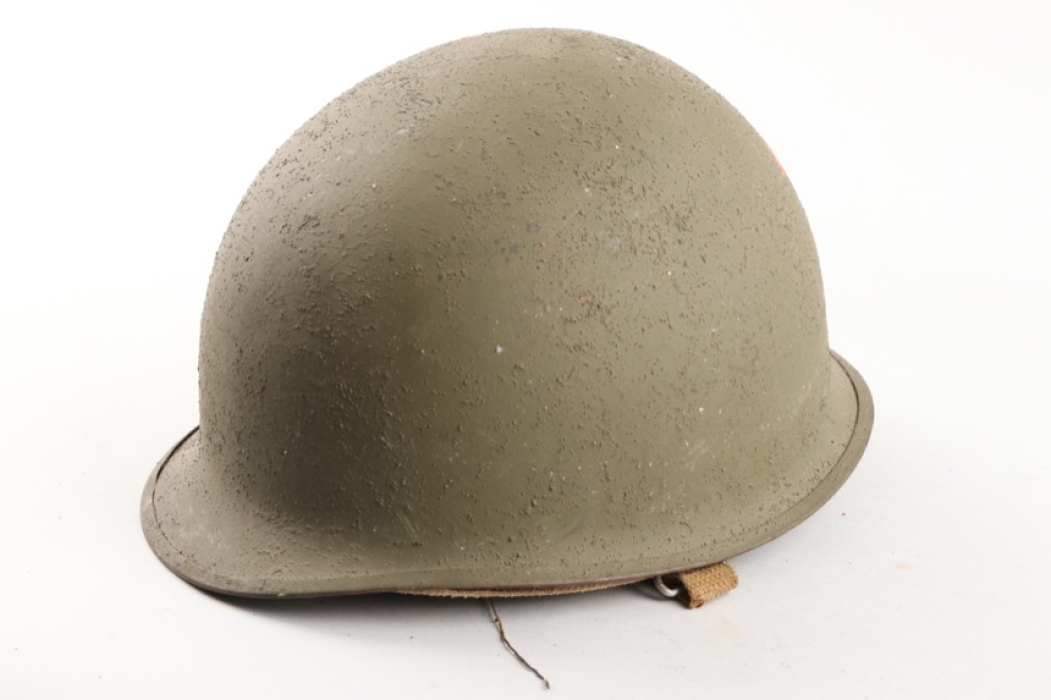 US M1 helmet from the movie “Saving Private Ryan. Markings applied according to what was seen in the movie. Collectors tag giving reference inside the helmet. 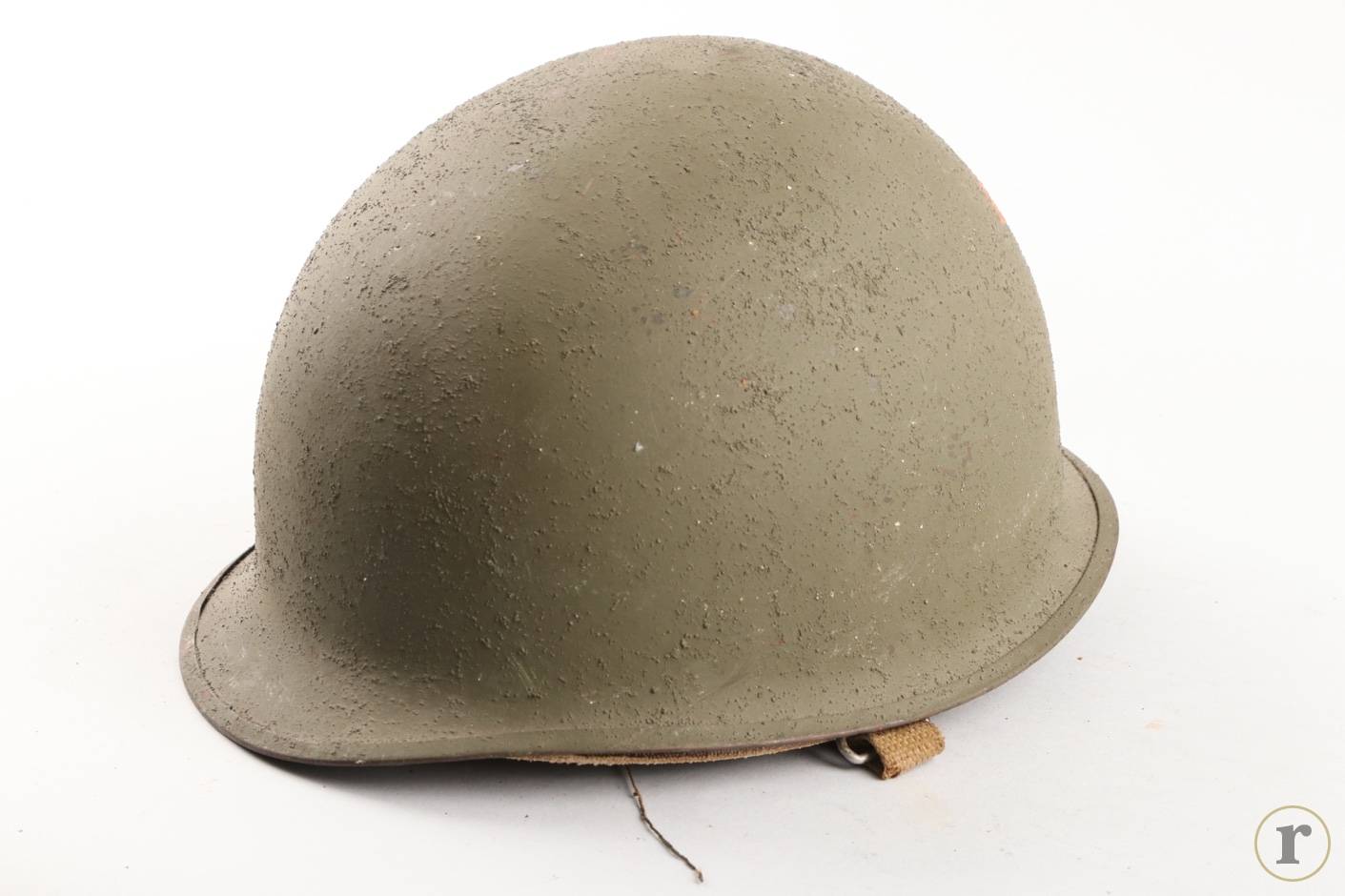 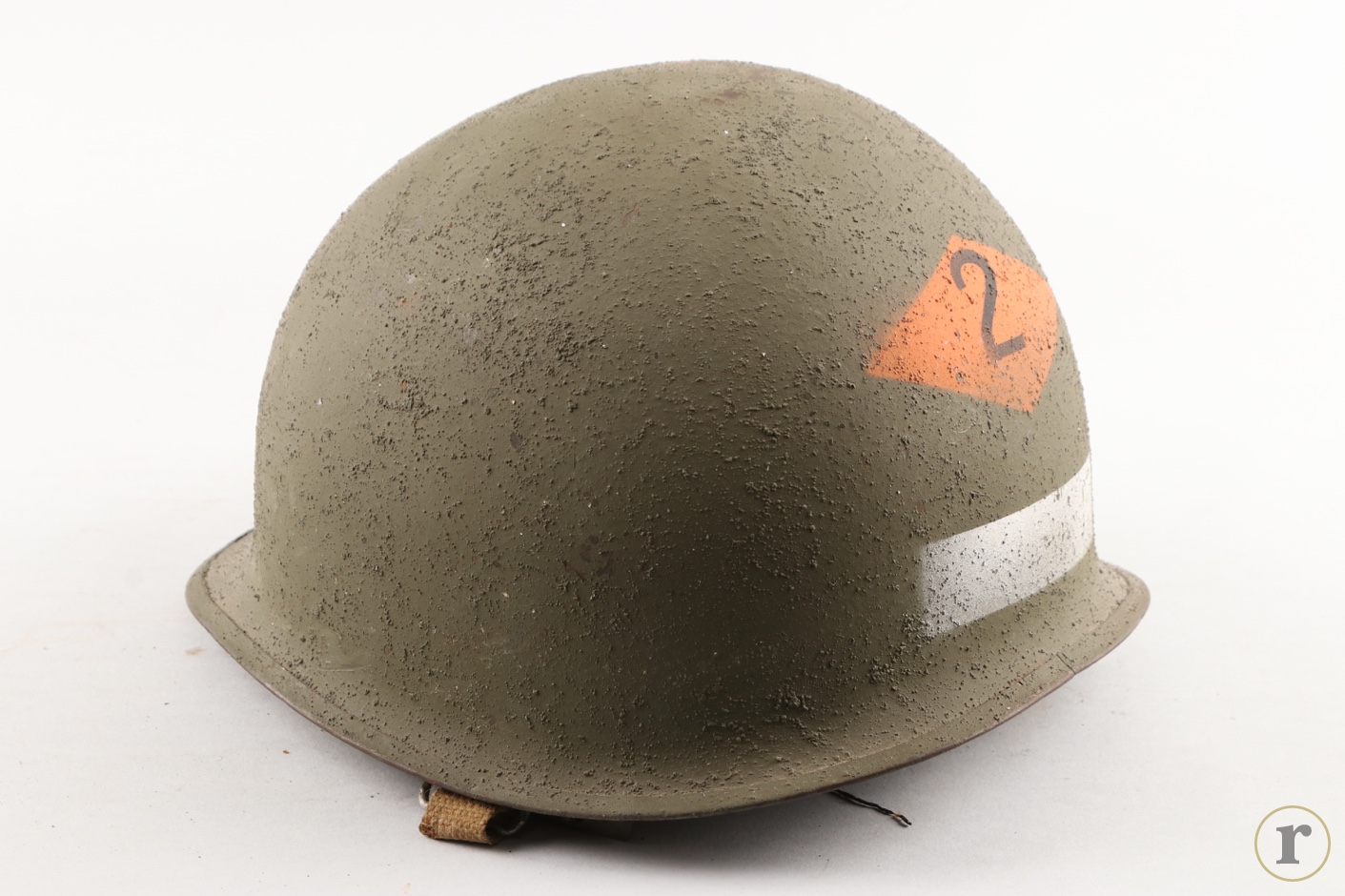 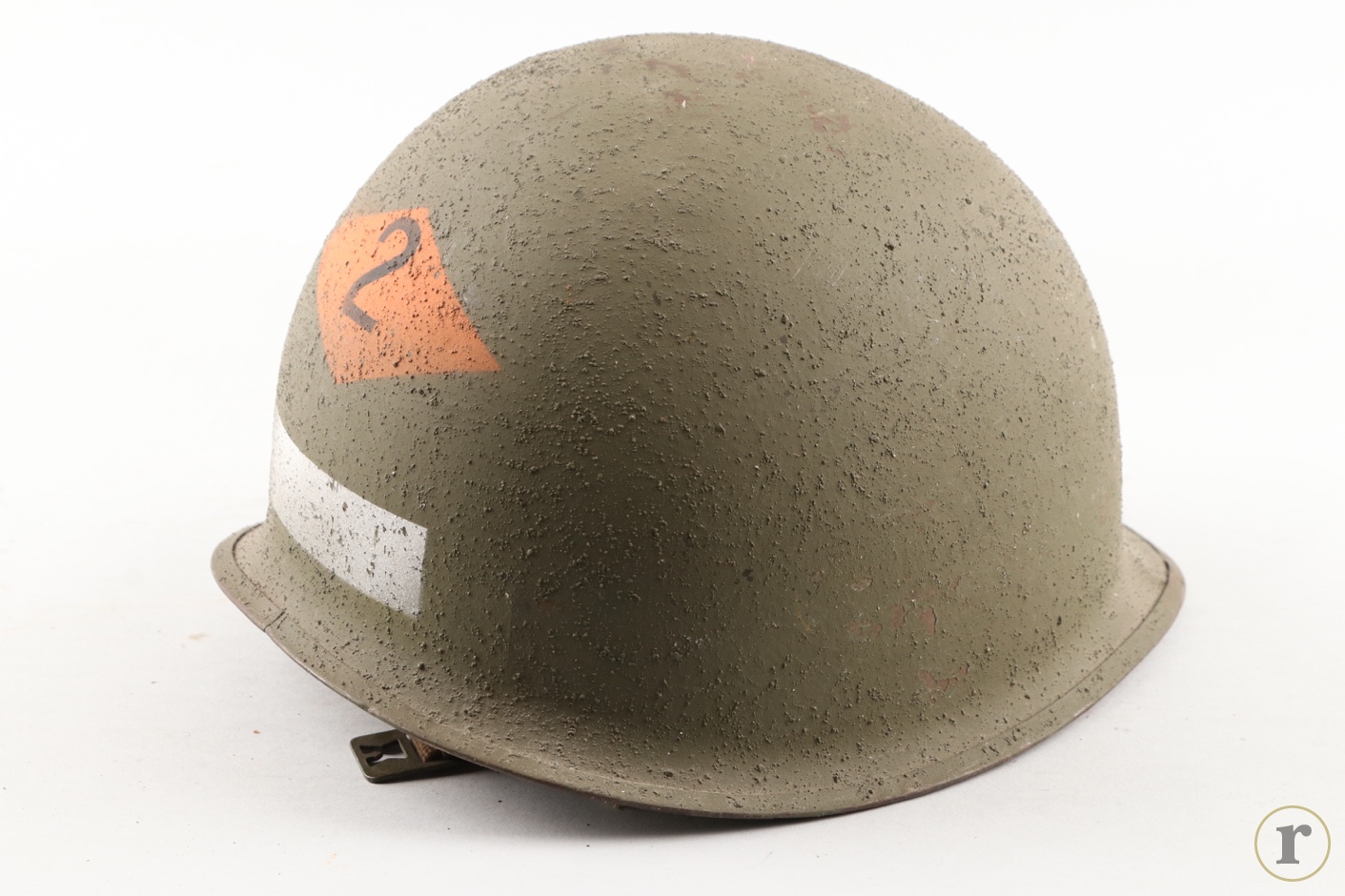 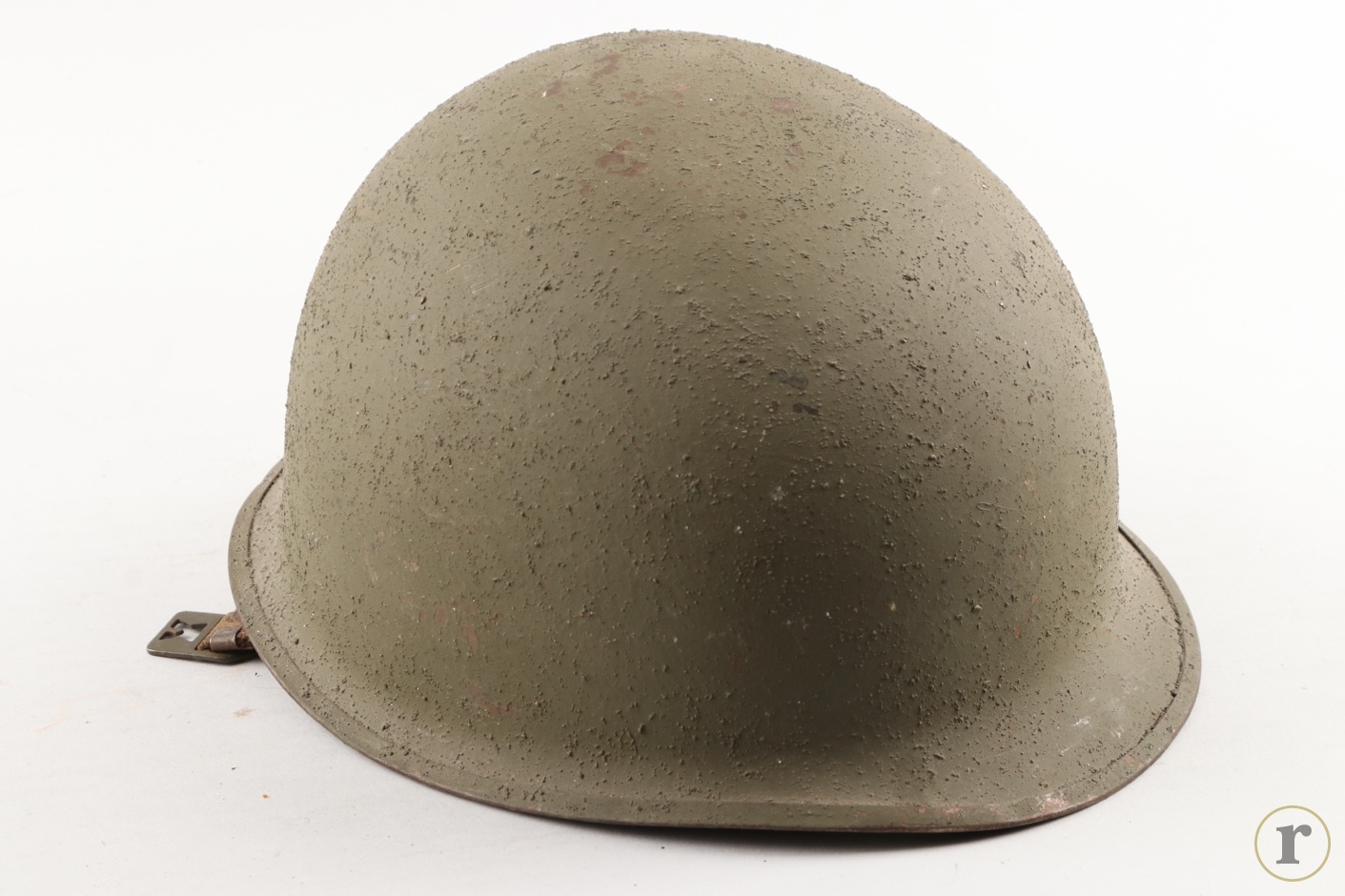 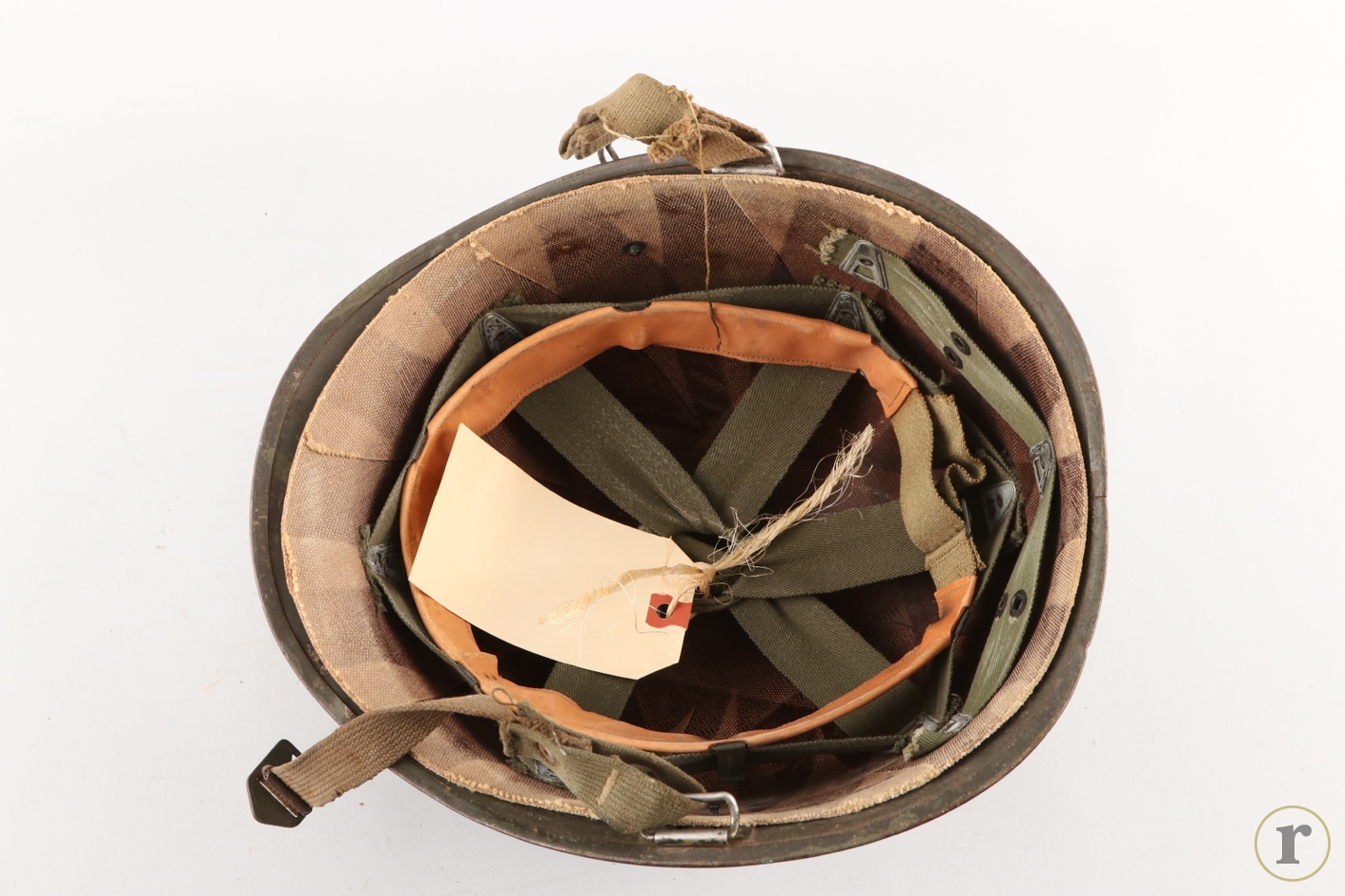 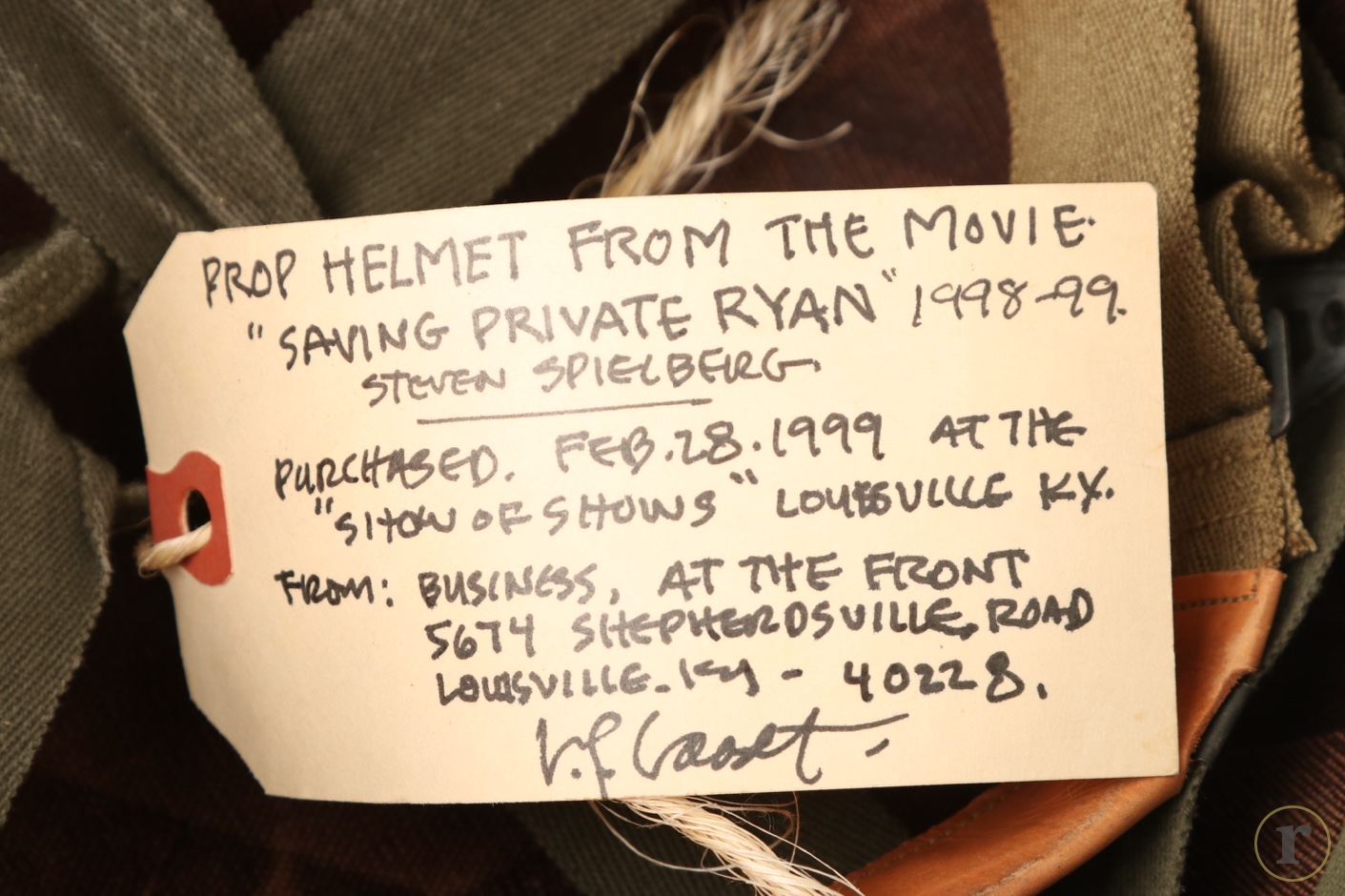 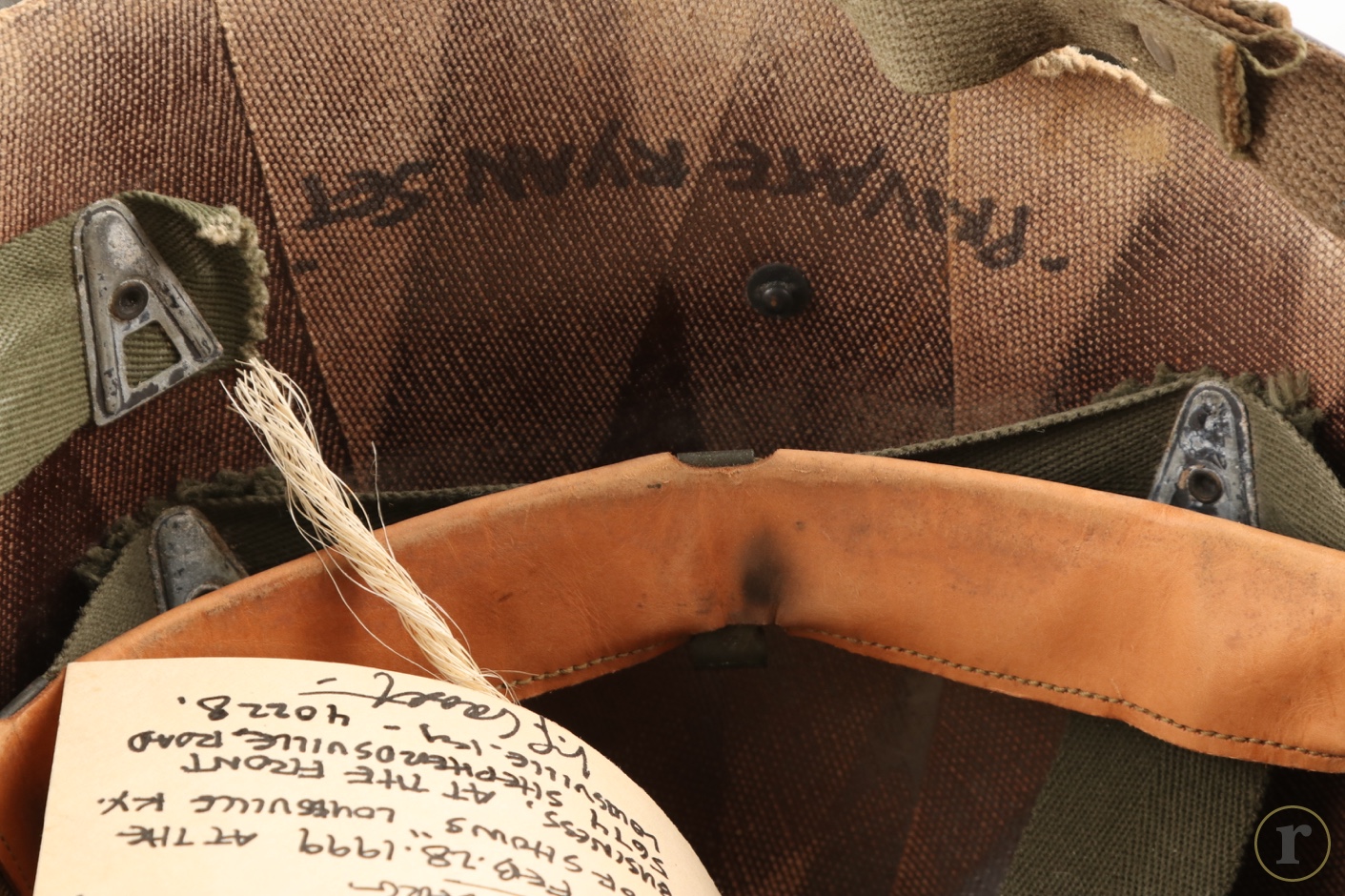