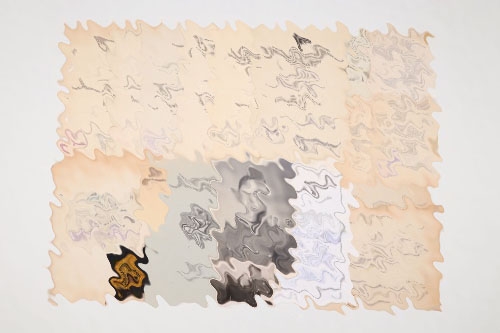 Extremely rare document grouping to SS-Obersturmführer Hans Hubbes who was awarded the Close Combat Clasp in silver. He served with 4. and 5. Aufklärungs-Abteilung Leibstandarte SS Adolf Hitler and with 12./SS-Panzer-Division "Hitlerjugend" during the Normandy battles (D-Day). The grouping contains original autographes Kurt Meyer and Sepp Dietrich. Hubbes ended up serving with 8./SS-Panzergrenadier-Regiment 25 ("Hitlerjugend") in late 1944 and was part of the battles of the Ardennes. He survived the war.
Please see other items to Hubbes.