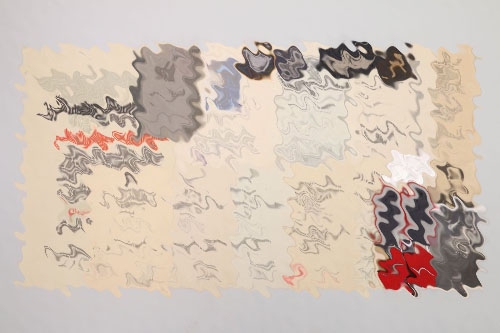 Certificate to Sudetenland Medal. Issued on 25. August 1939. Signed by an Oberstleutnant. Two holes and folded.

Certificate to East Medal. Issued on 5. August 1942. Signed by an Oberst. Two holes and folded.