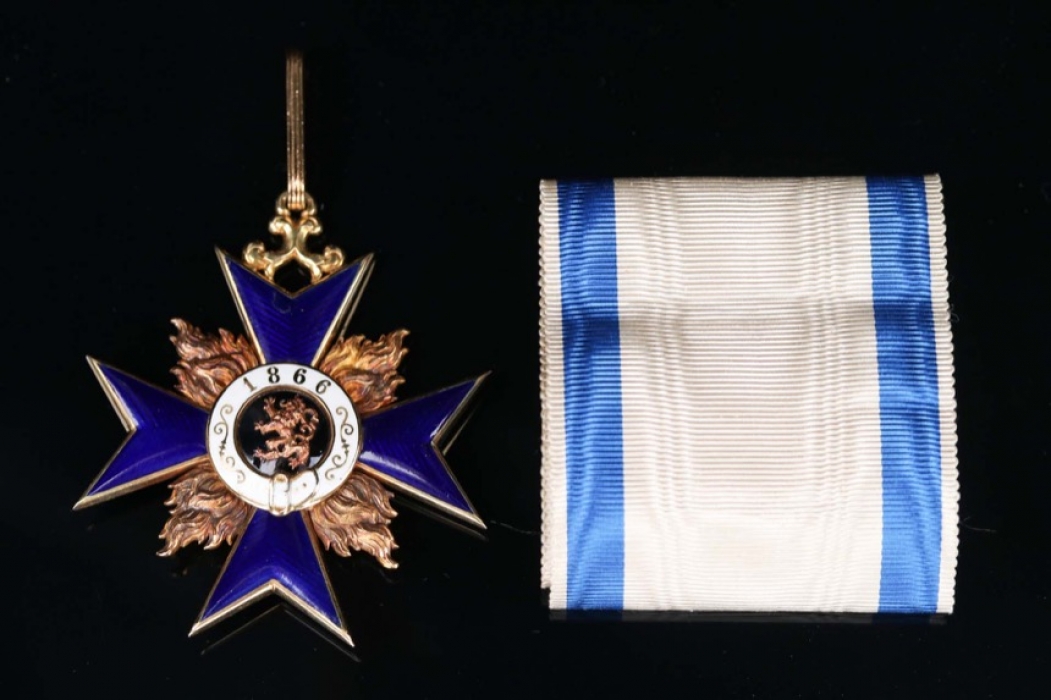 Cross in gold and enamel.

This perfect example of the early Commander or Grand Commander Cross of the Bavarian Military Merit Order in its form award between 1866 and 1905.

The cross shows no markings and has a minor surface chip on the tip of the reverse top cross arm.

King Ludwig II. founded the Military Merit Order on July 19, 1866, to recognize those brave deeds done during war that could not be recognized through the already existing Military Max Josef Order. The order decoration’s design was borrowed from the extinct Order of the Palatine Lion.

The Design of the order consisted of a golden or silver blue enameled maltese cross with or without golden flames in between each cross arm. The avers center medallion featured a white enameled belt with the inscription “Merenti” enclosing a black enameled center plate with the crowned cypher “L” affixed. The reverse medallion featured the same golden white enameled belt with the foundation year “1866” enclosing a black enameled center plate with the golden Bavarian Lion affixed. The Grand Cross star was an eight pointed one featuring the enlarged cross with flames, the Grand Commander was a 6 pointed star showing the cross without flames. Only the Knight 2nd Class Cross and Merit Cross (in silver) did not have flames within their cross arms.

On the Prince Electors 70th birthday, 1891, swords for direct war merit were issued. Recipients from the 1866 and 1870/71 war were allowed to source those at their own expense.

1900, addition of the Officers Cross (without flames)

In 1905 the classes we reorganized to reflect the following scheme:

1917 marks the year whereas the order crosses were all made from gilt silver and the Merit Cross from zink.

Grand Cross and 1st Class were eligible to be awarded with the Crown from 1918 on. 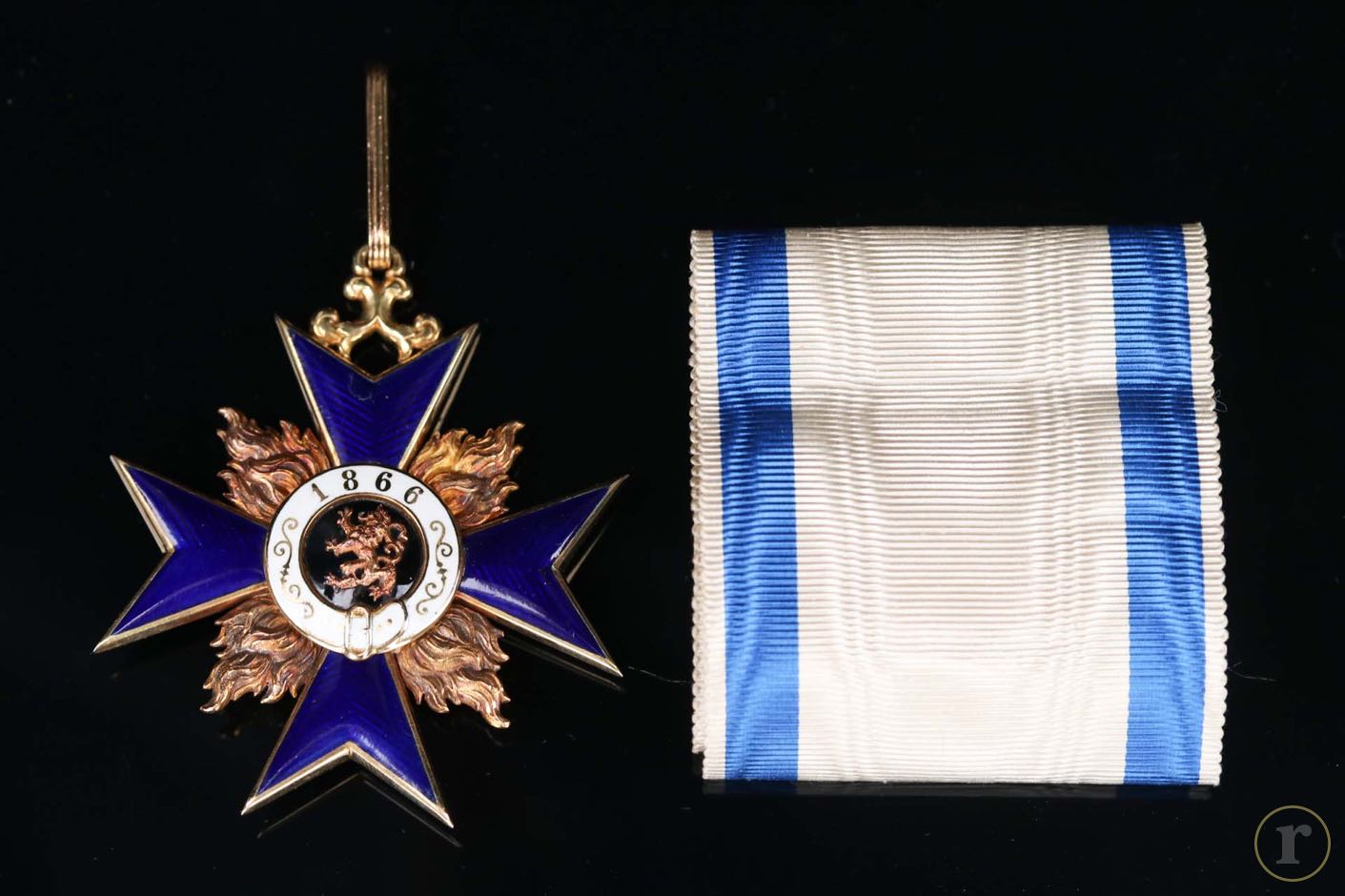 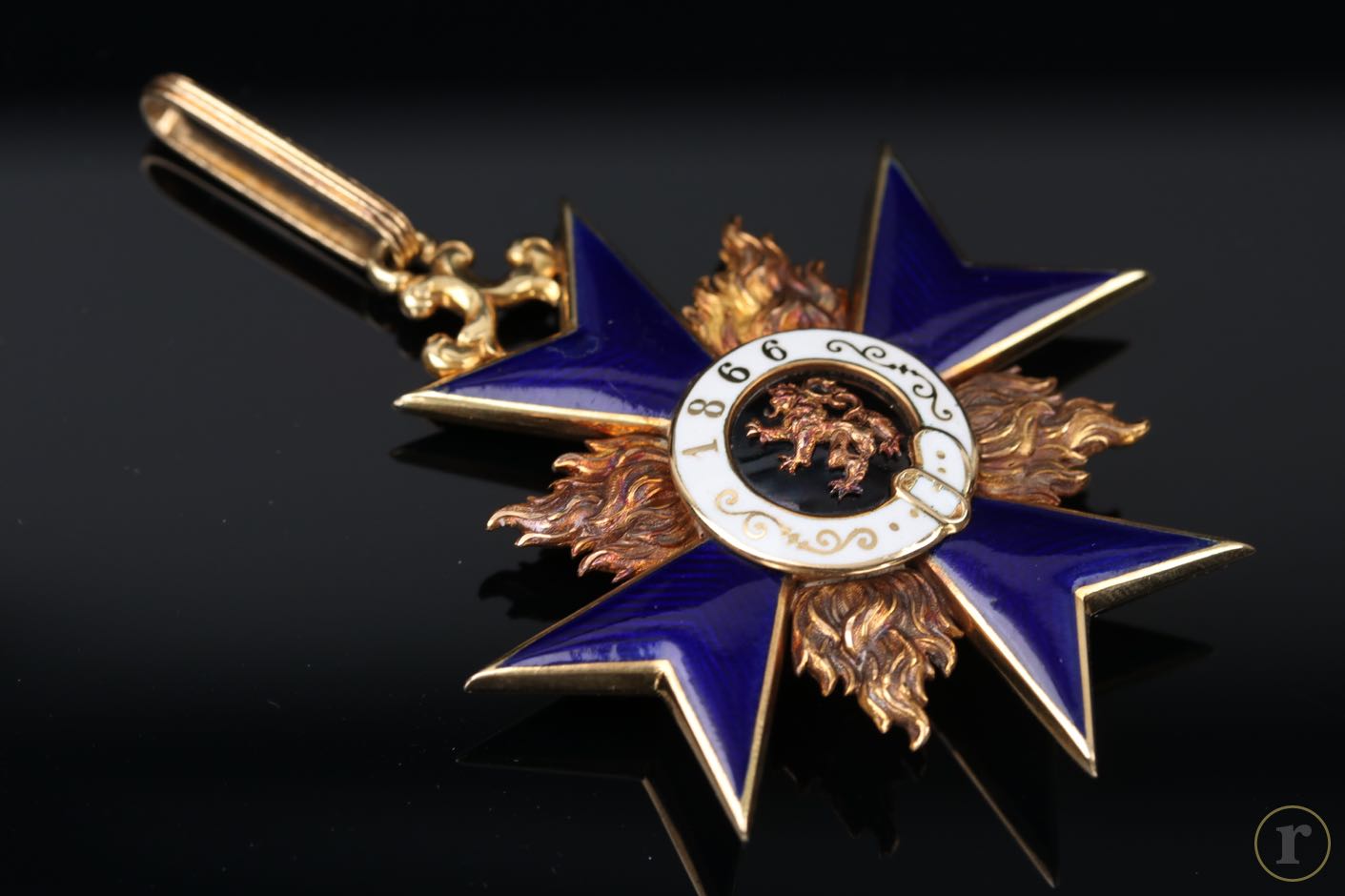 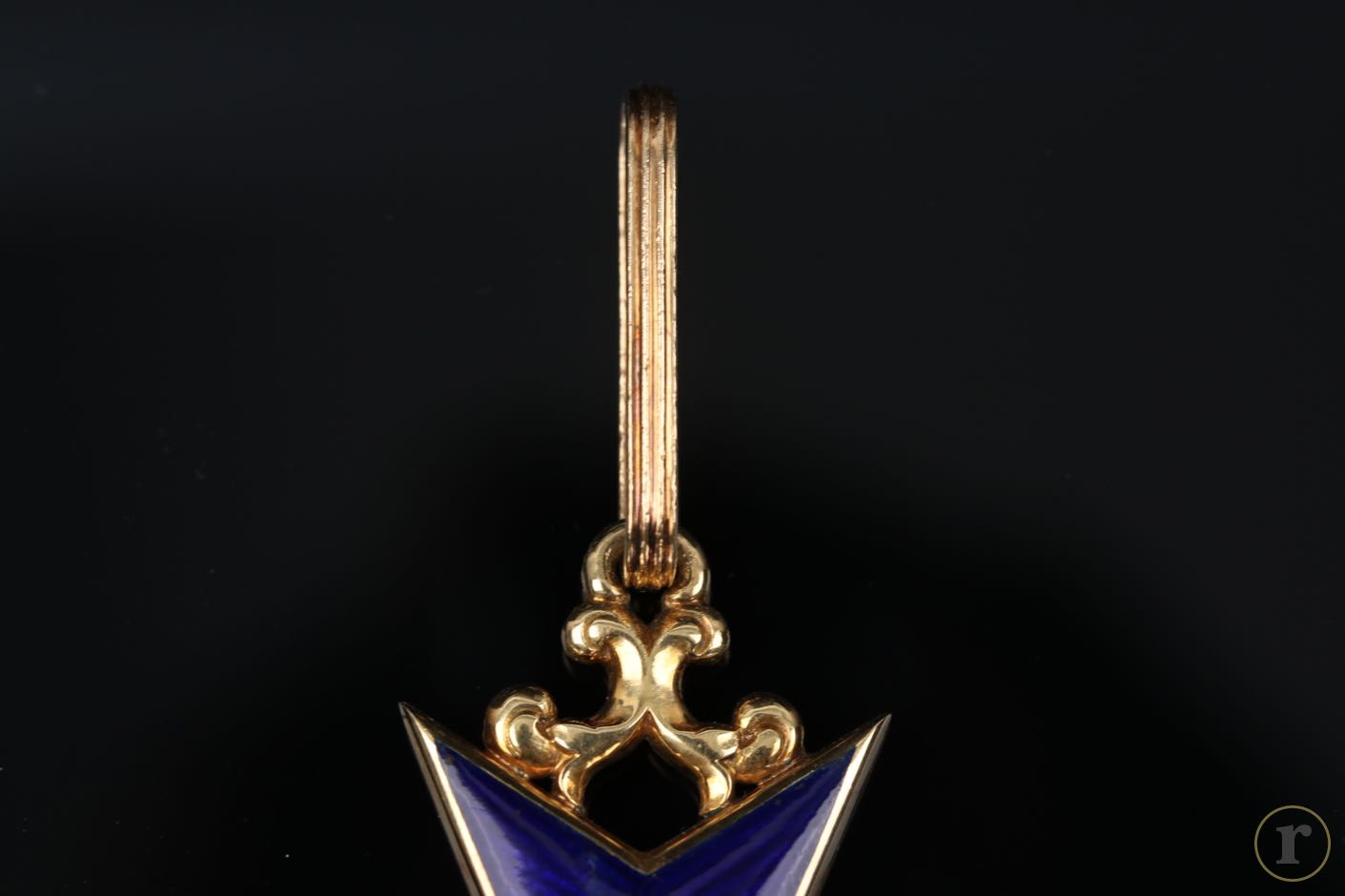 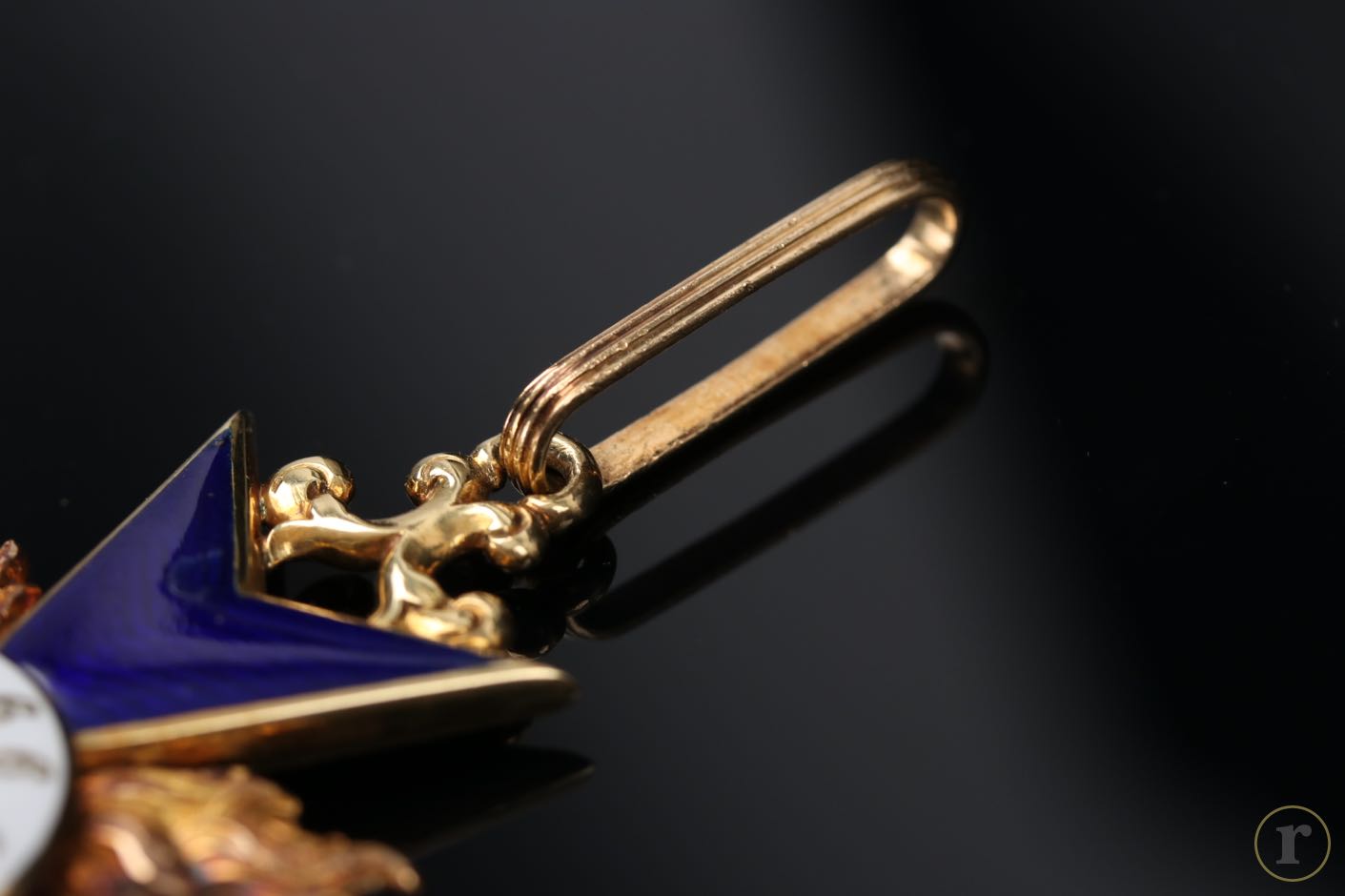 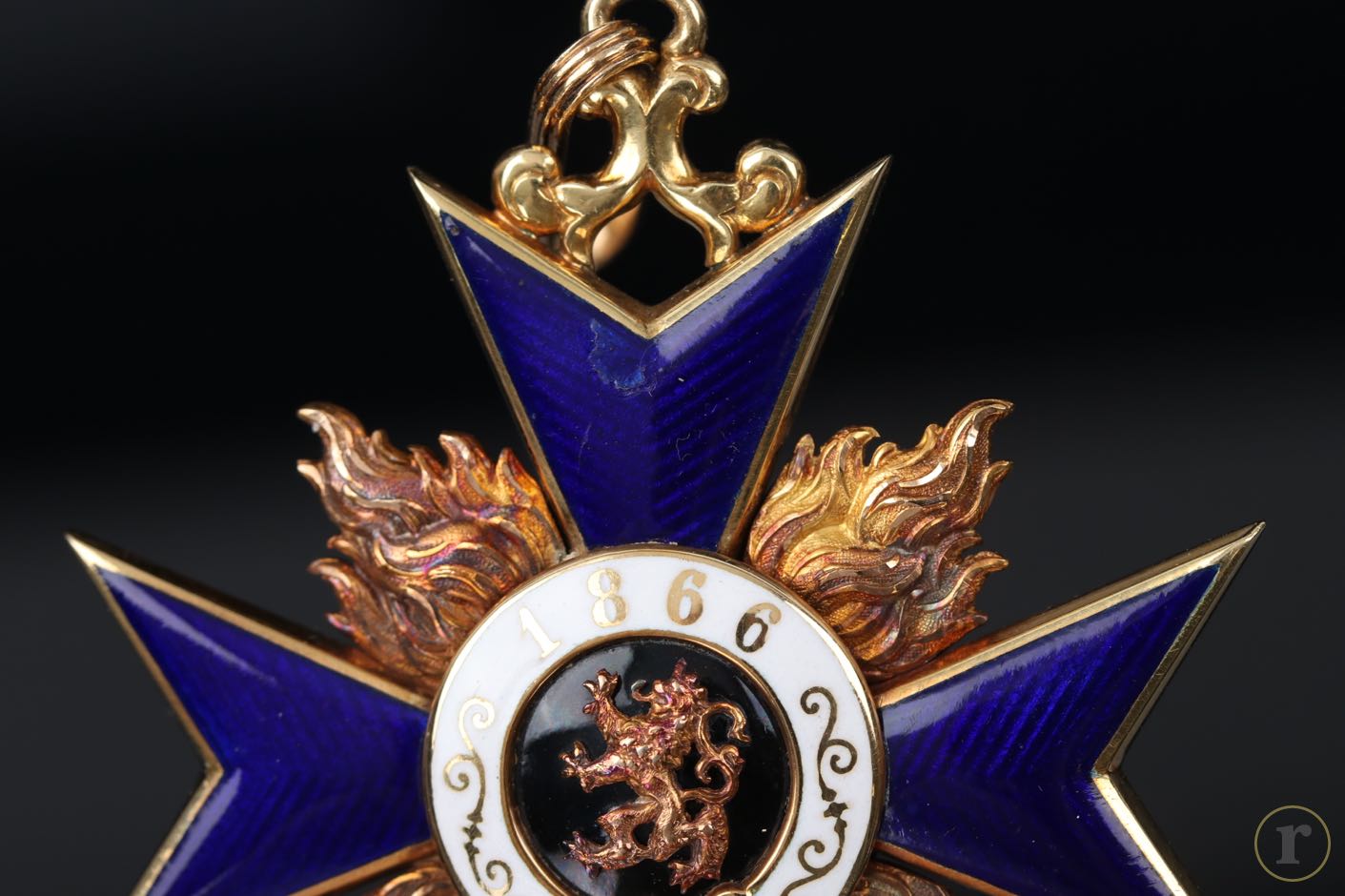 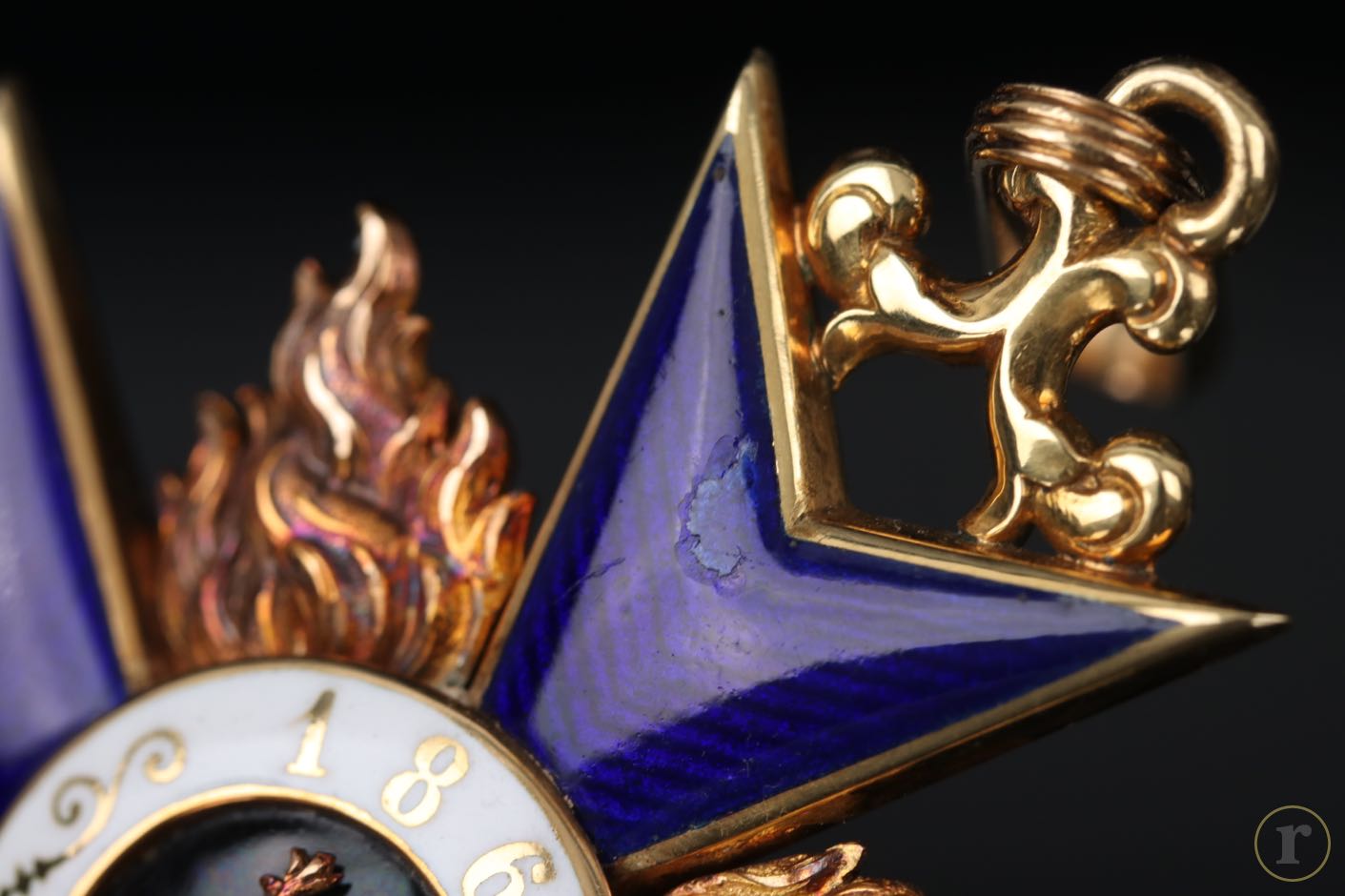 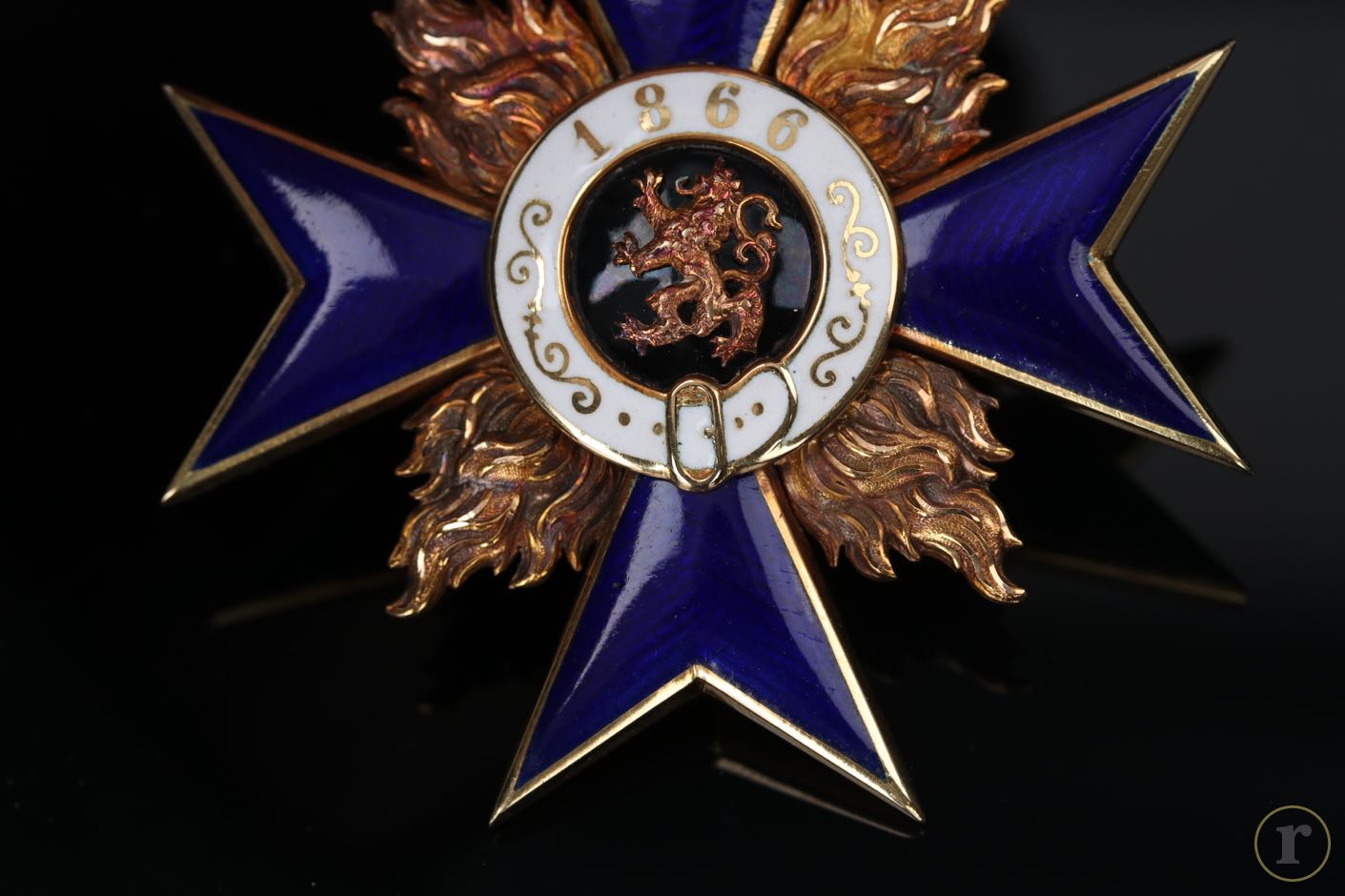 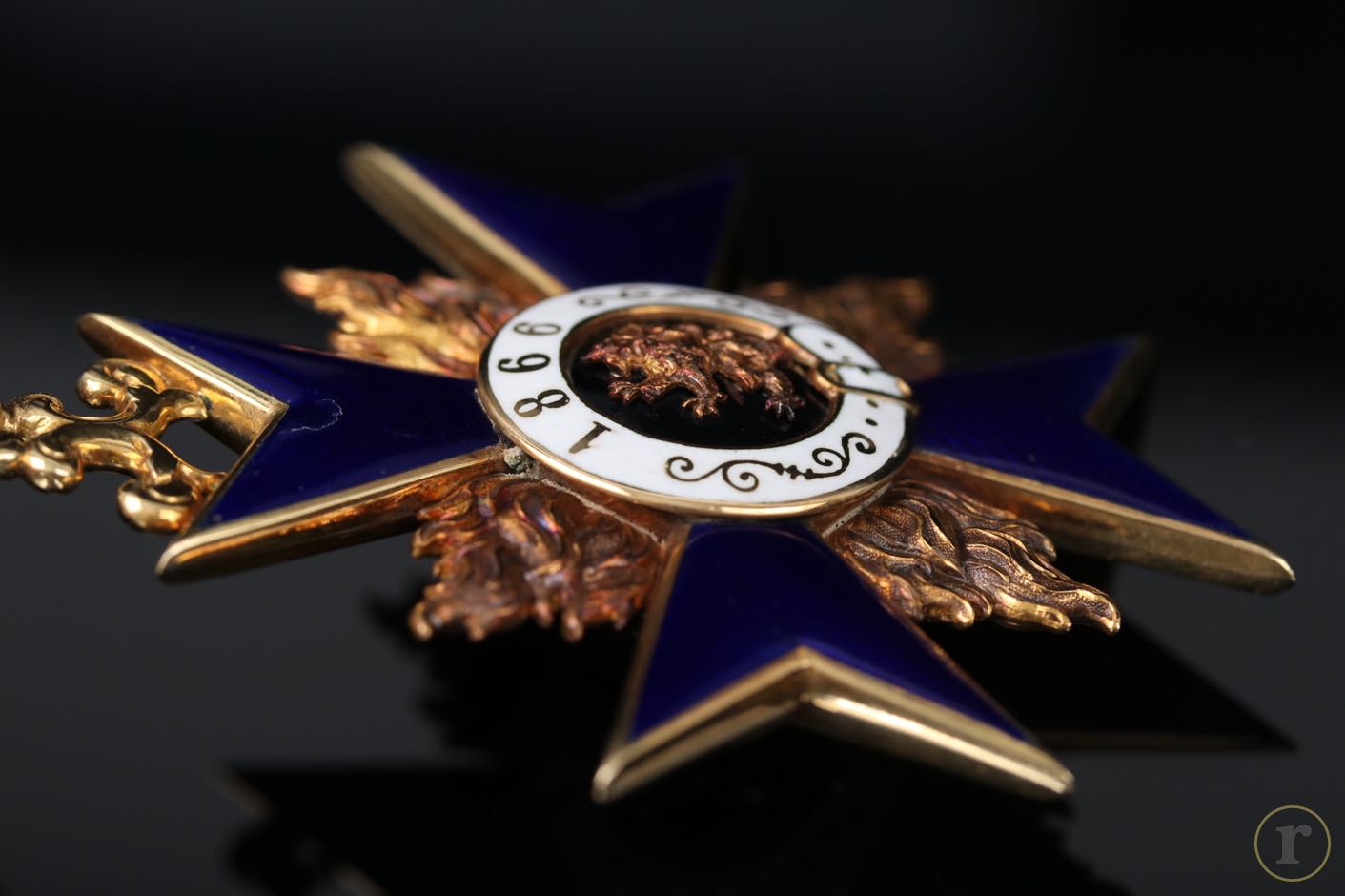 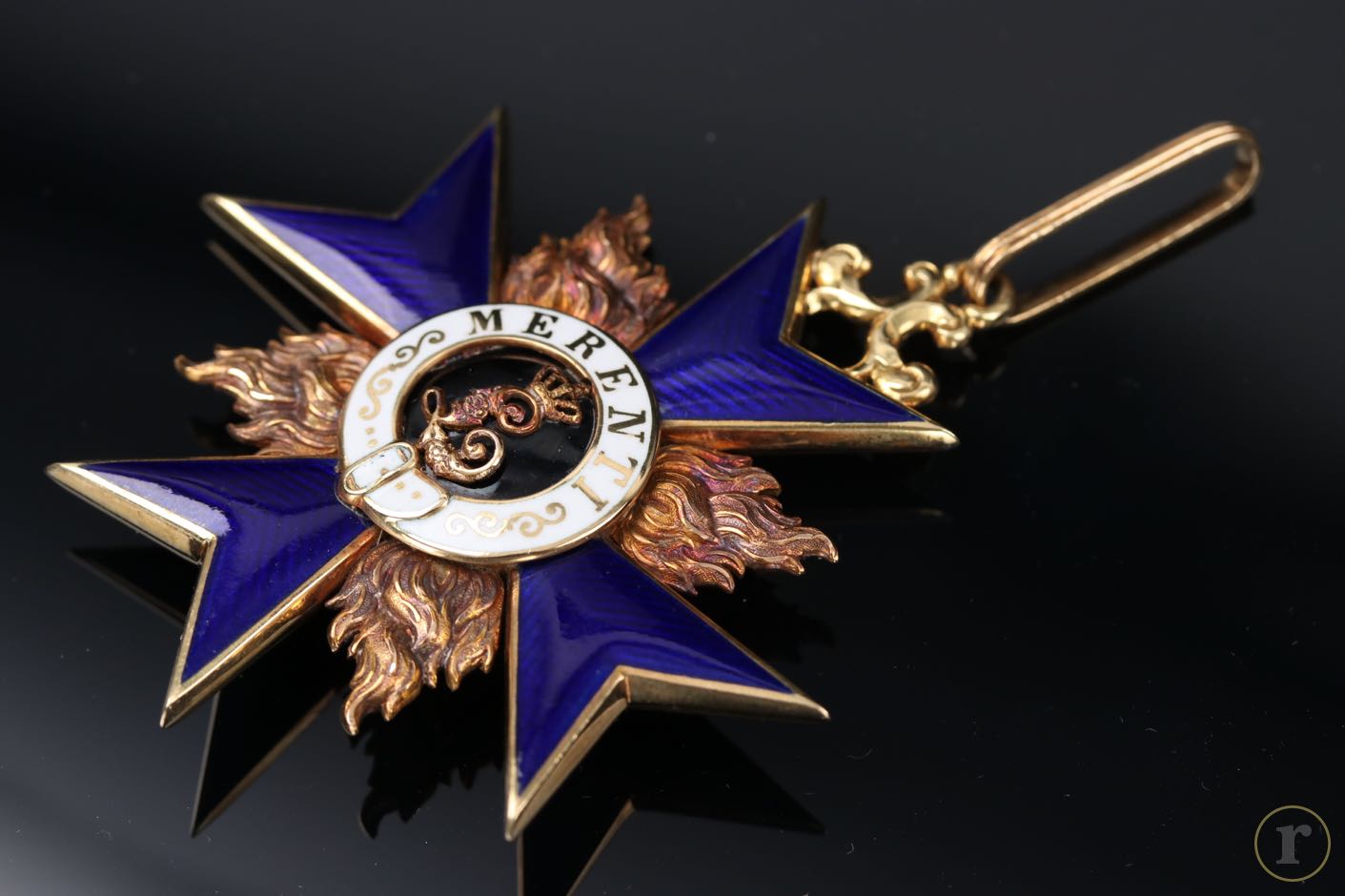 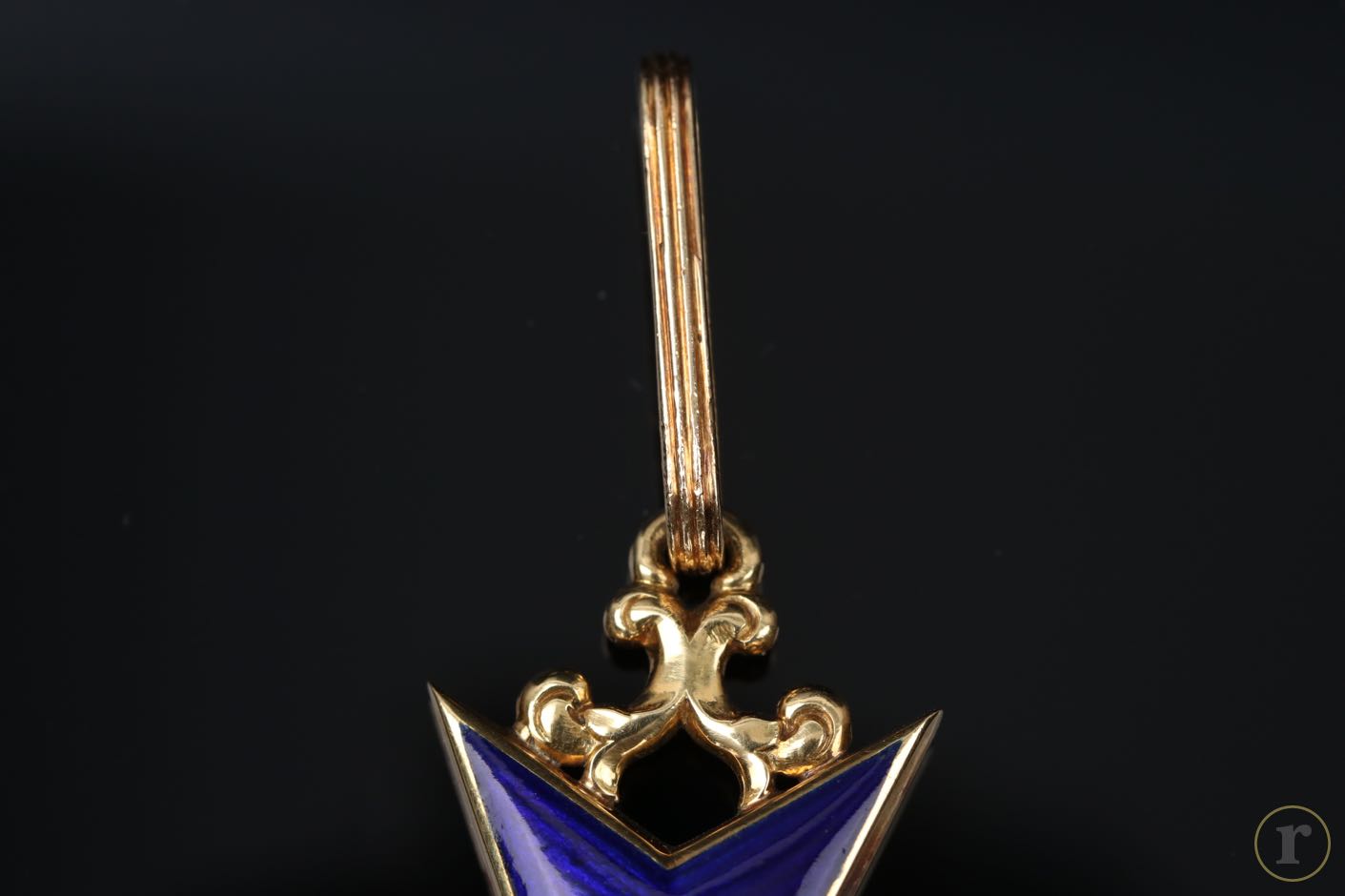 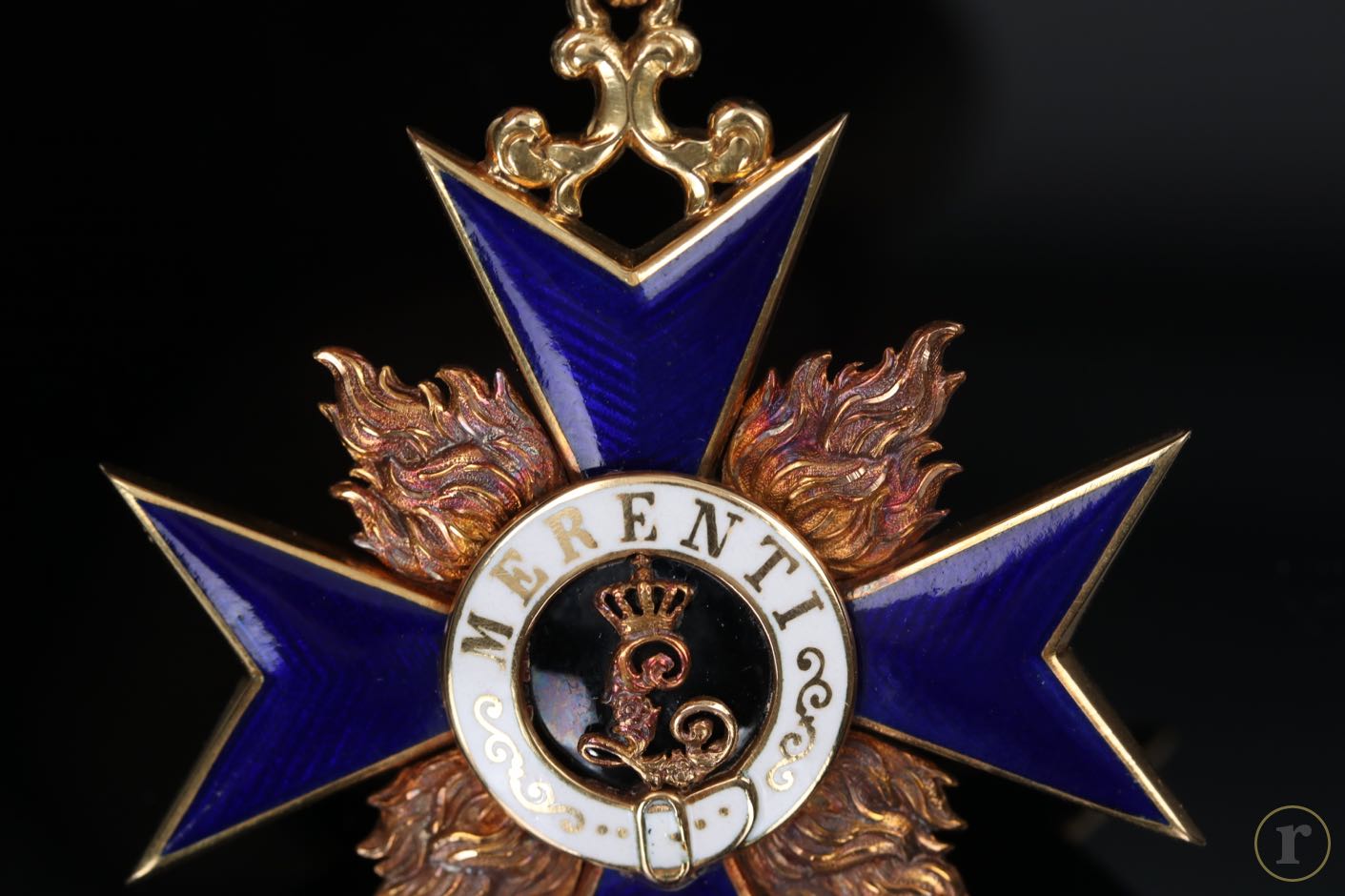 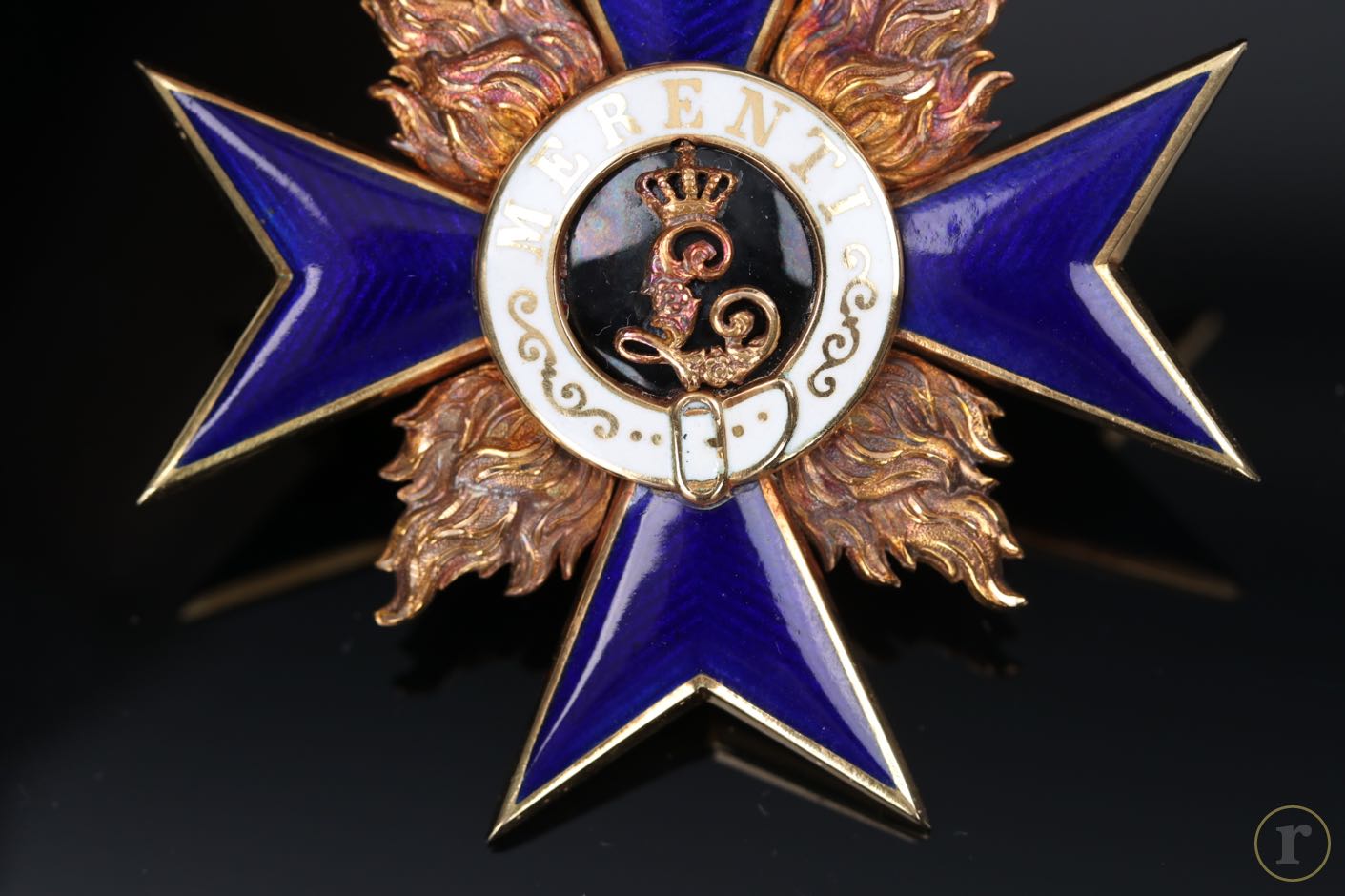 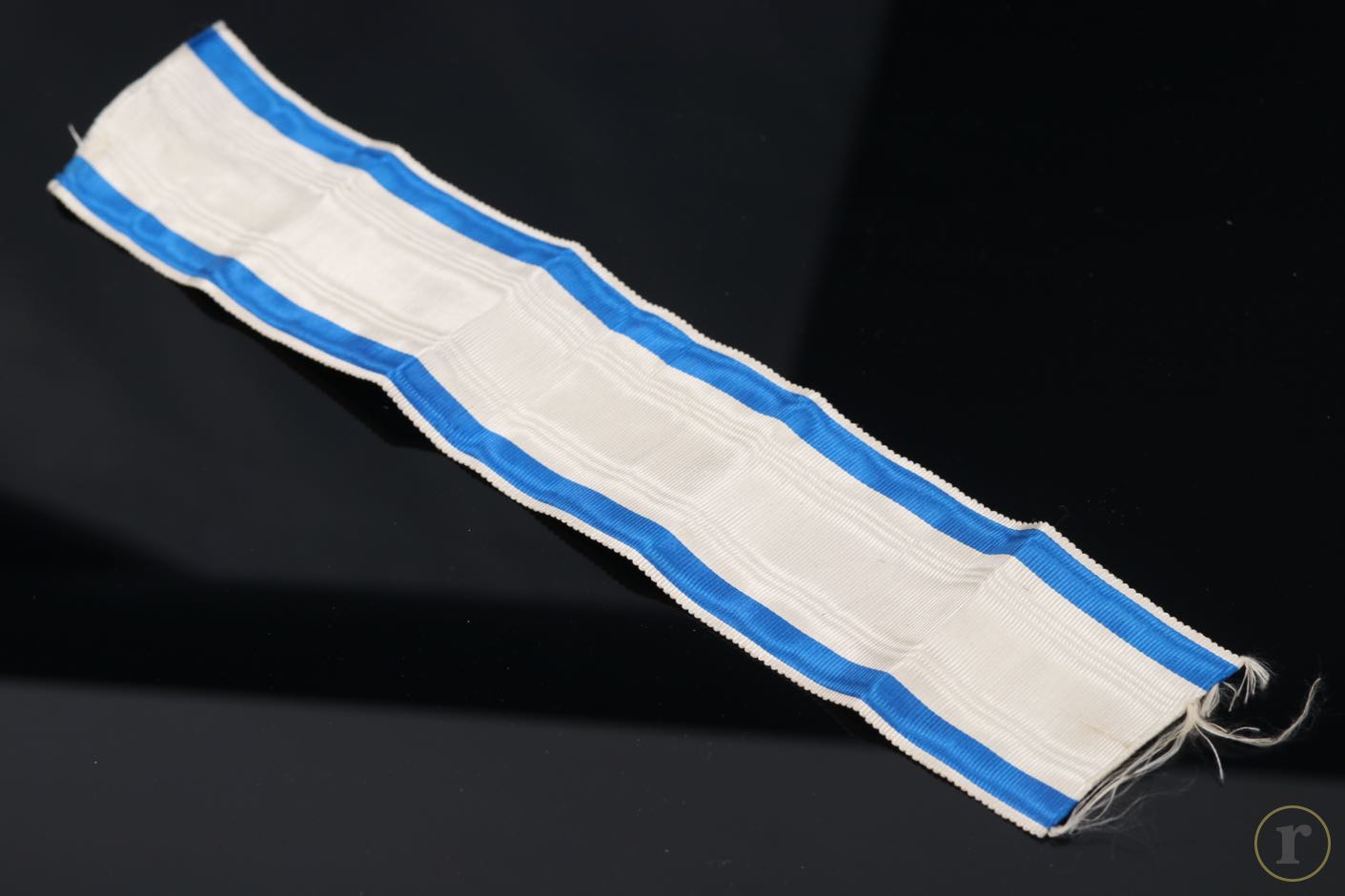 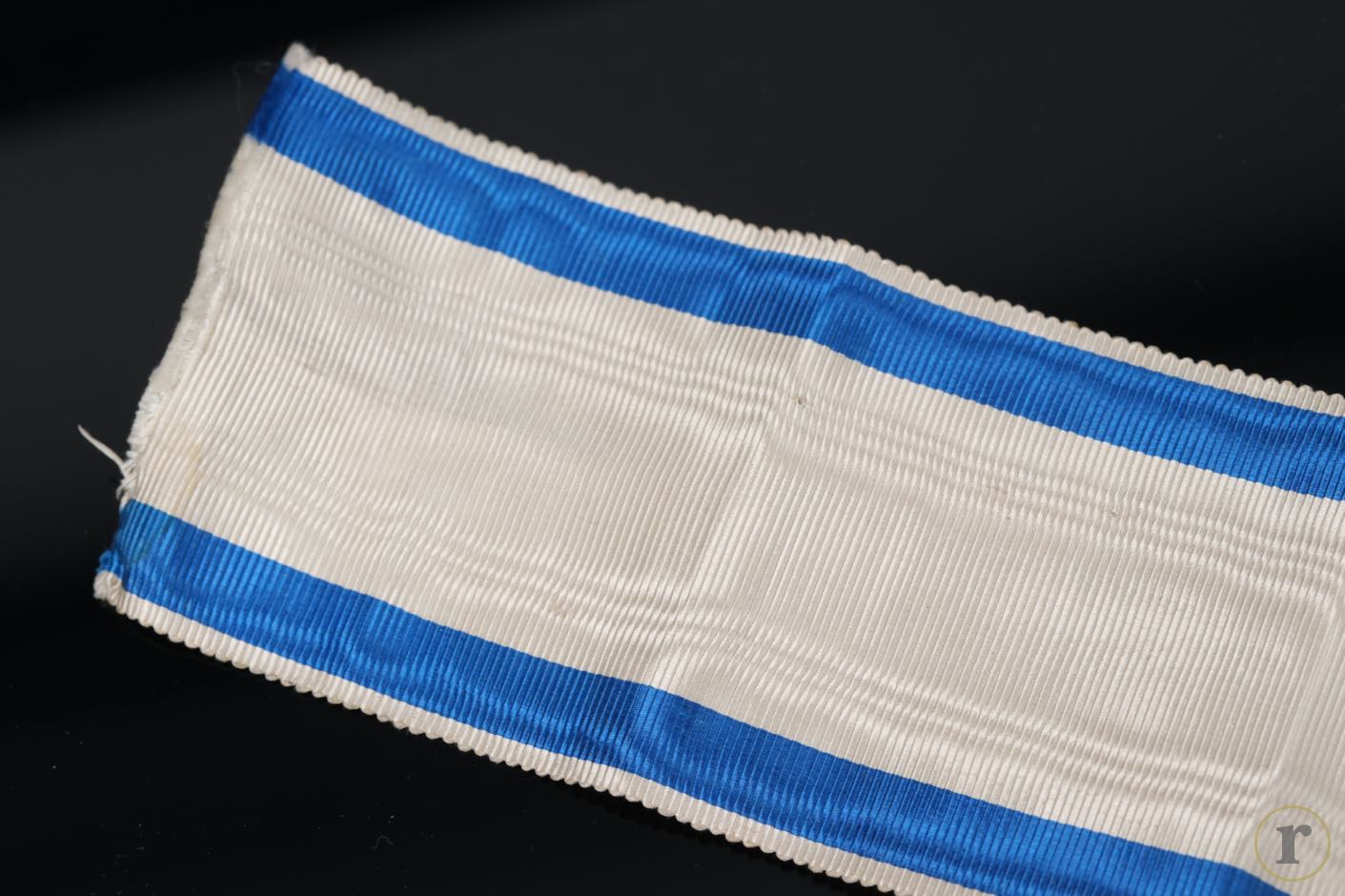 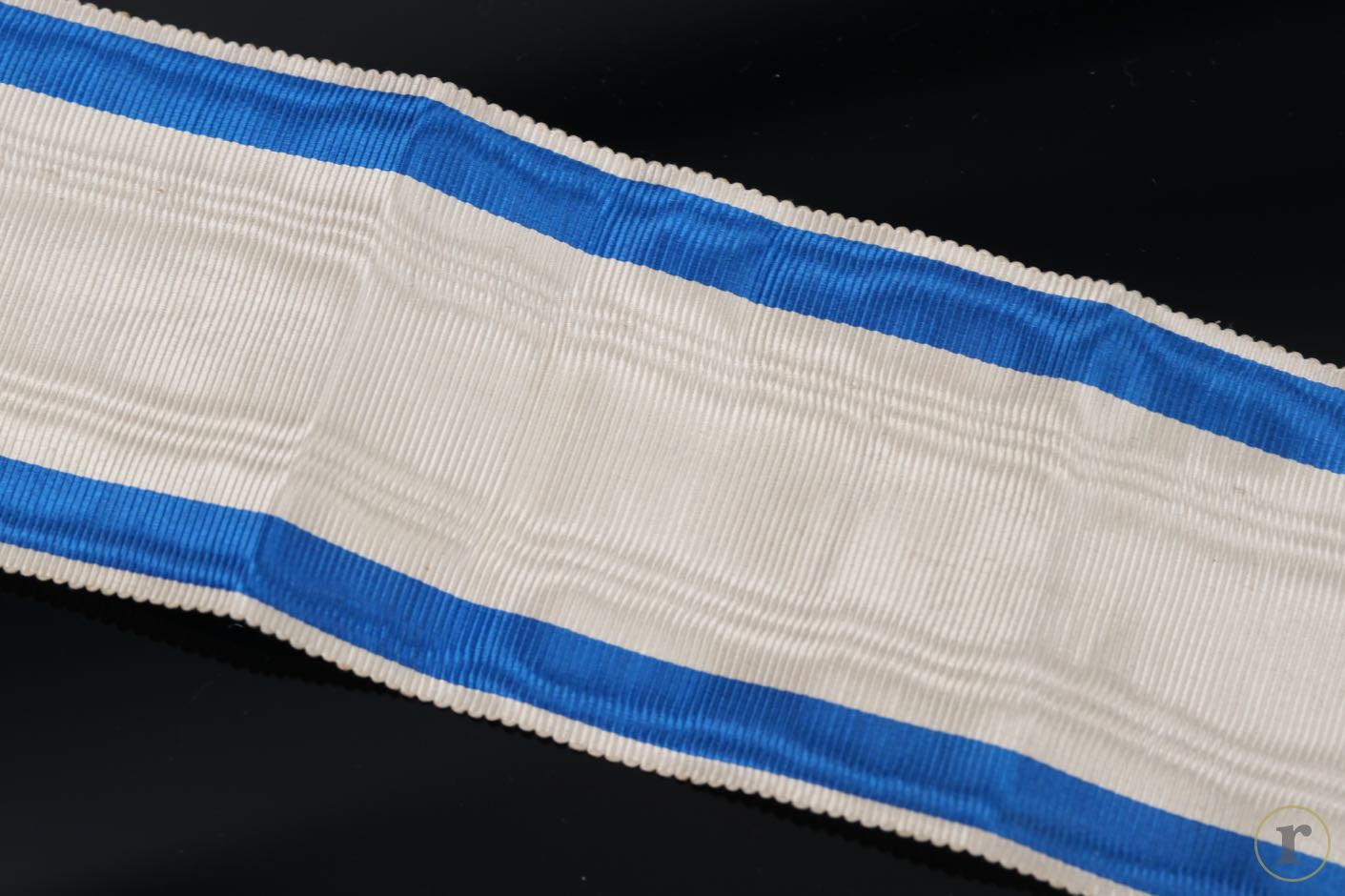 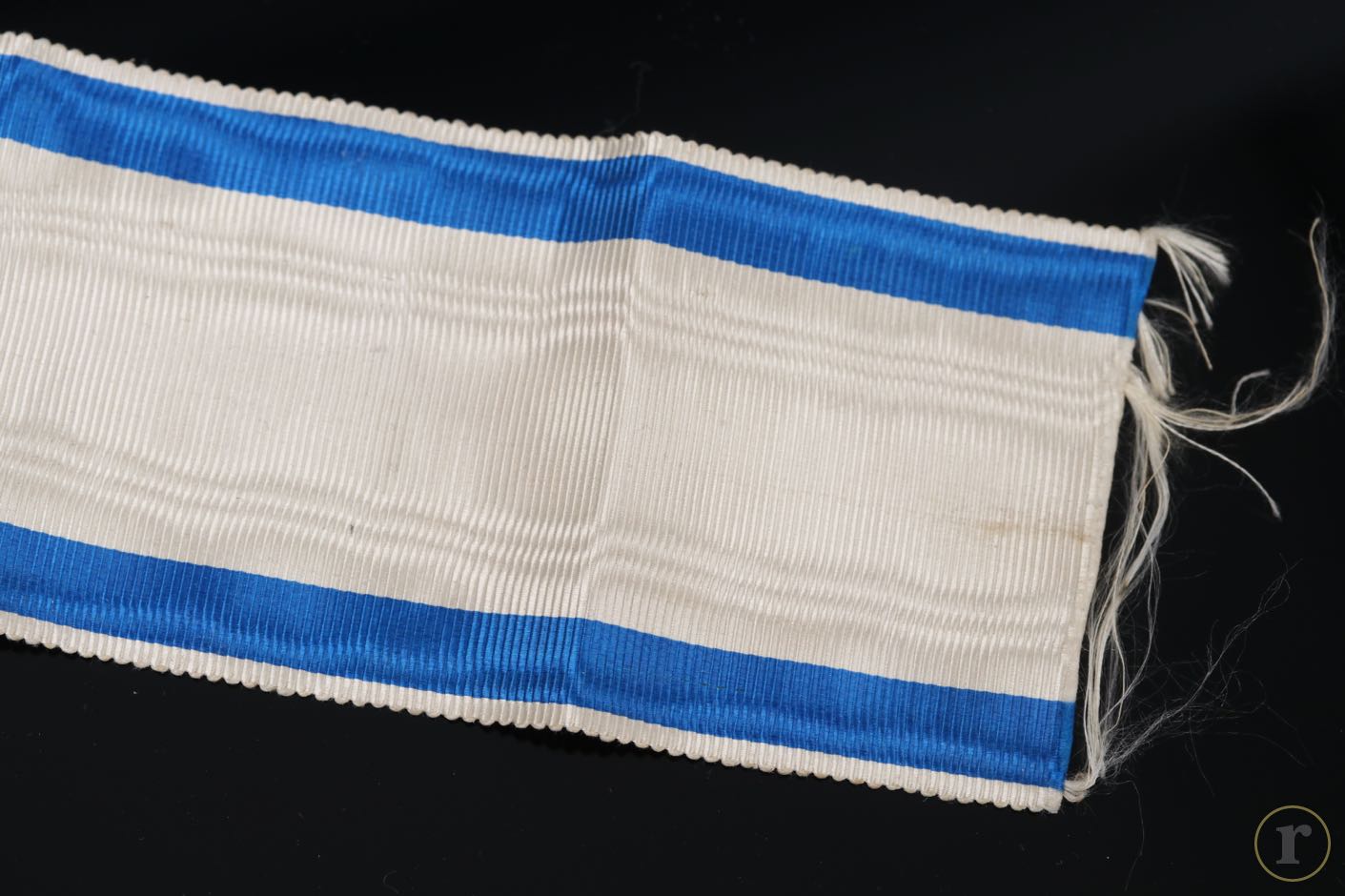 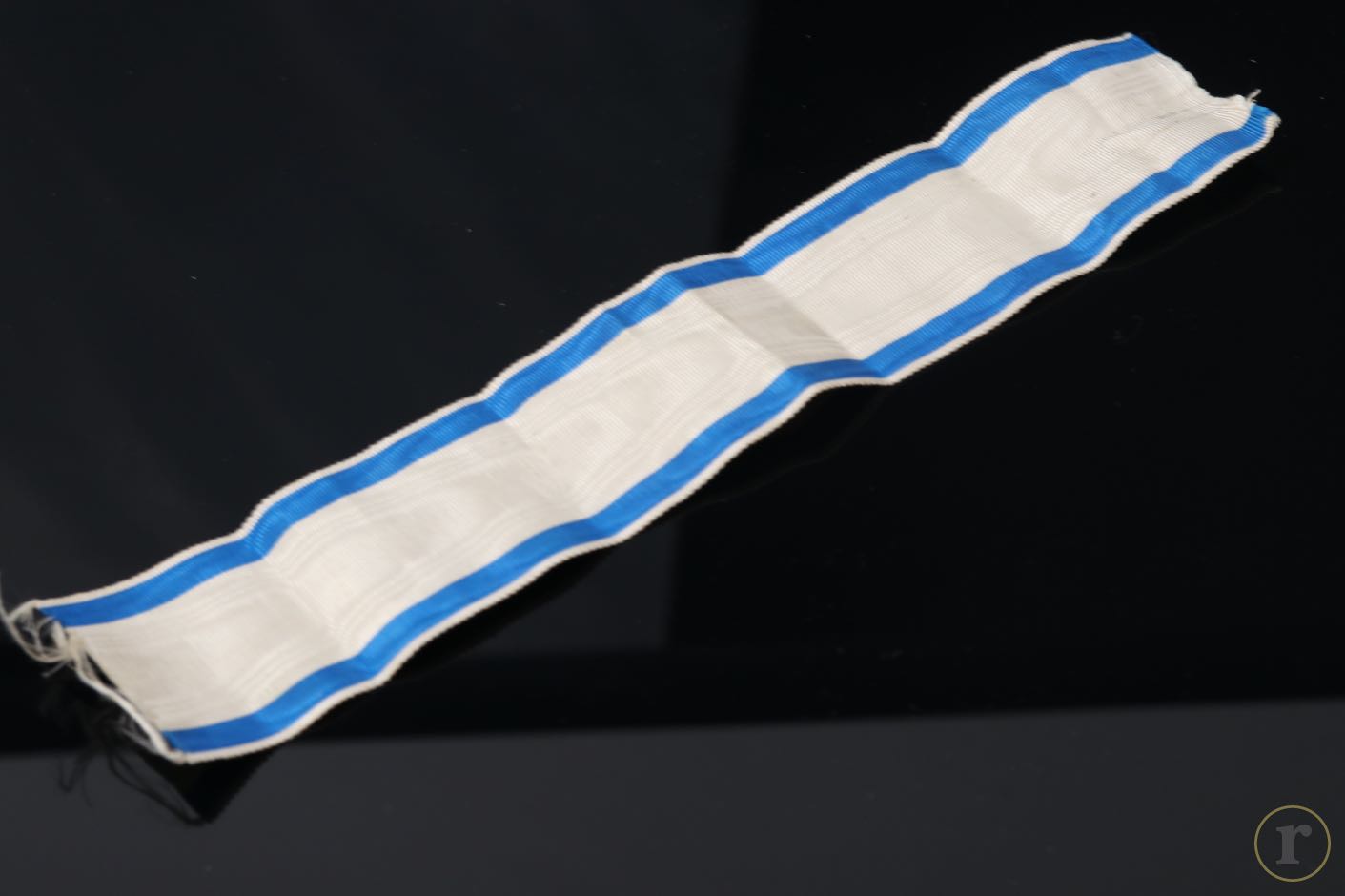 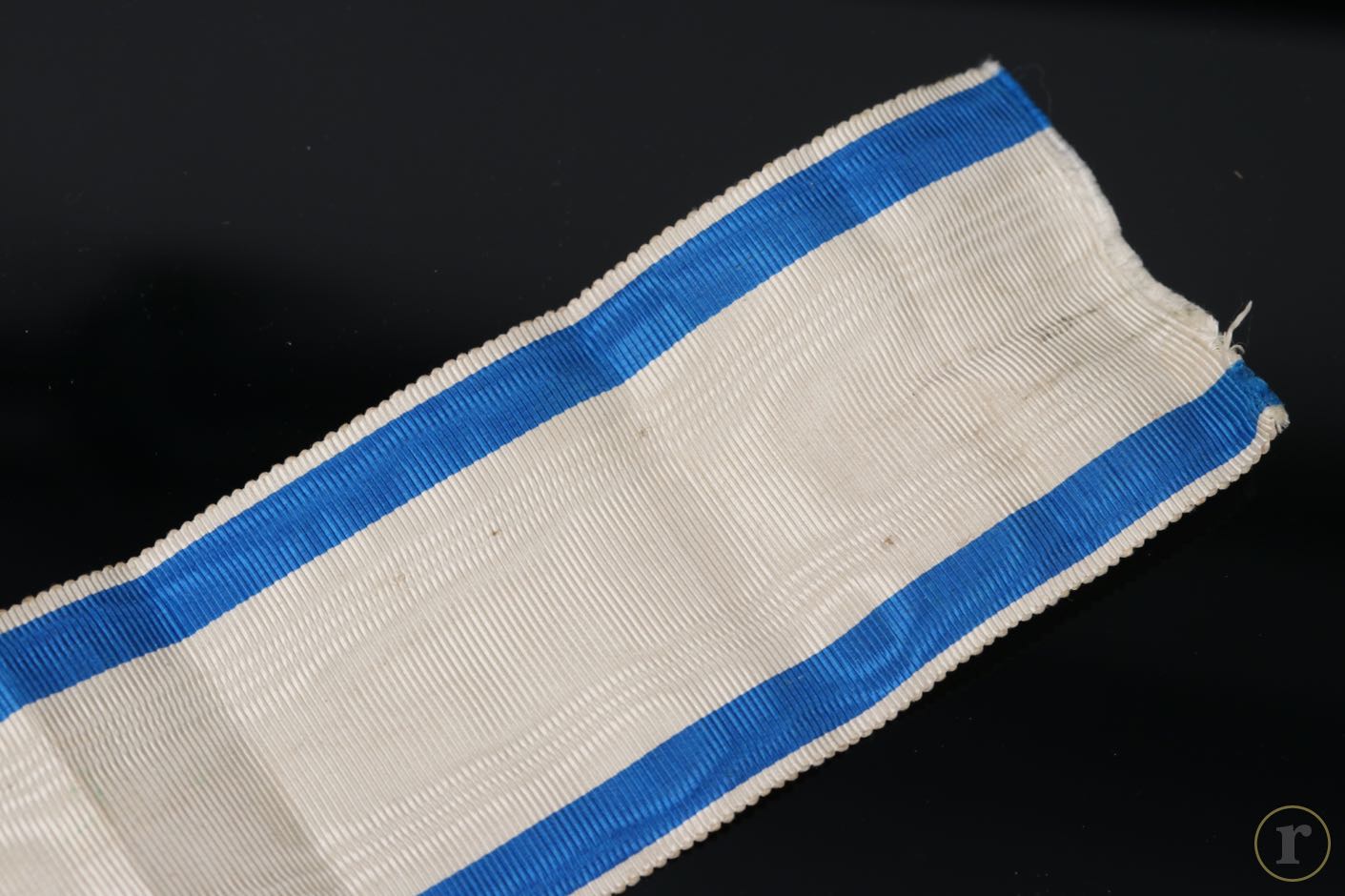 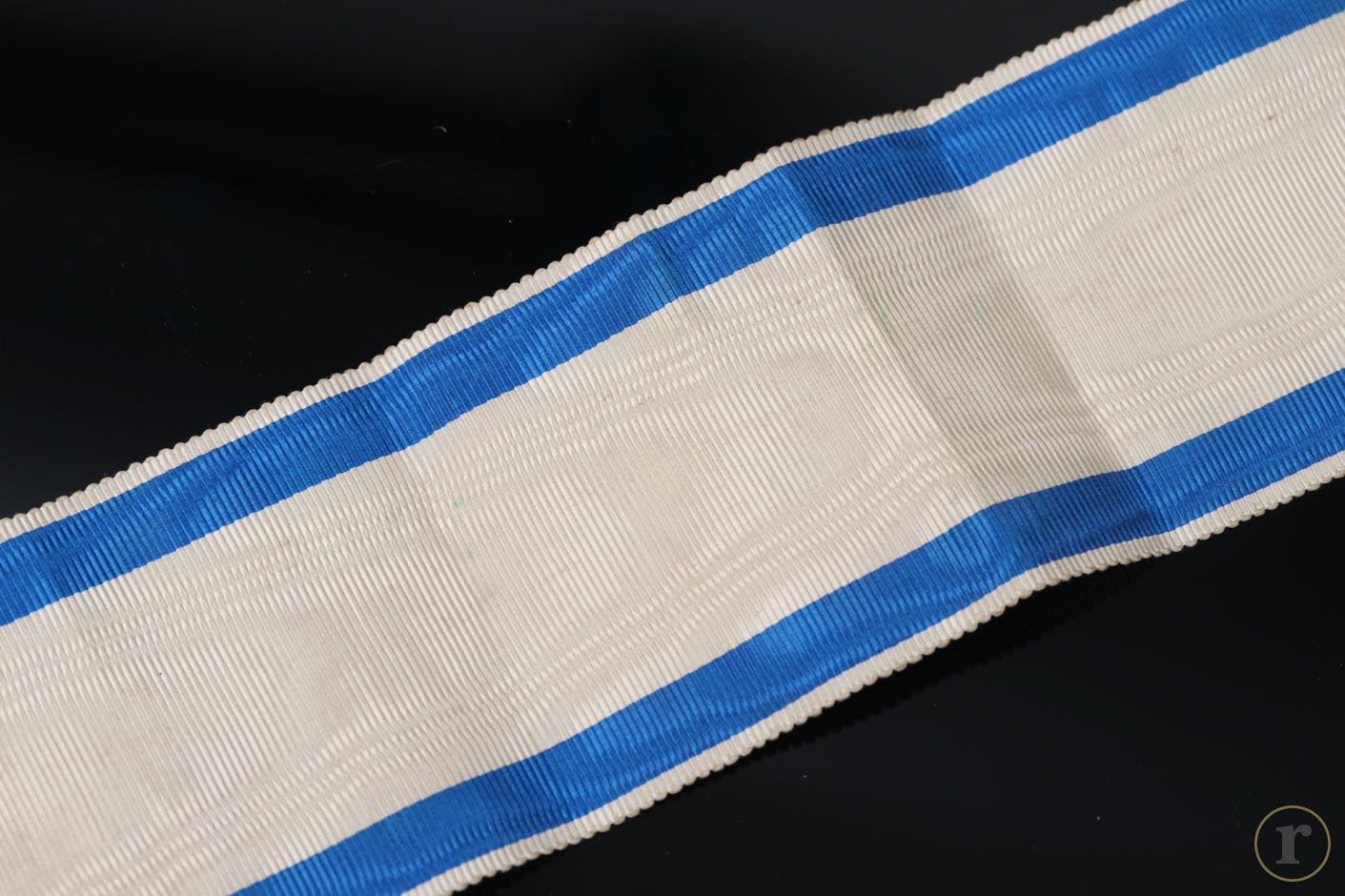 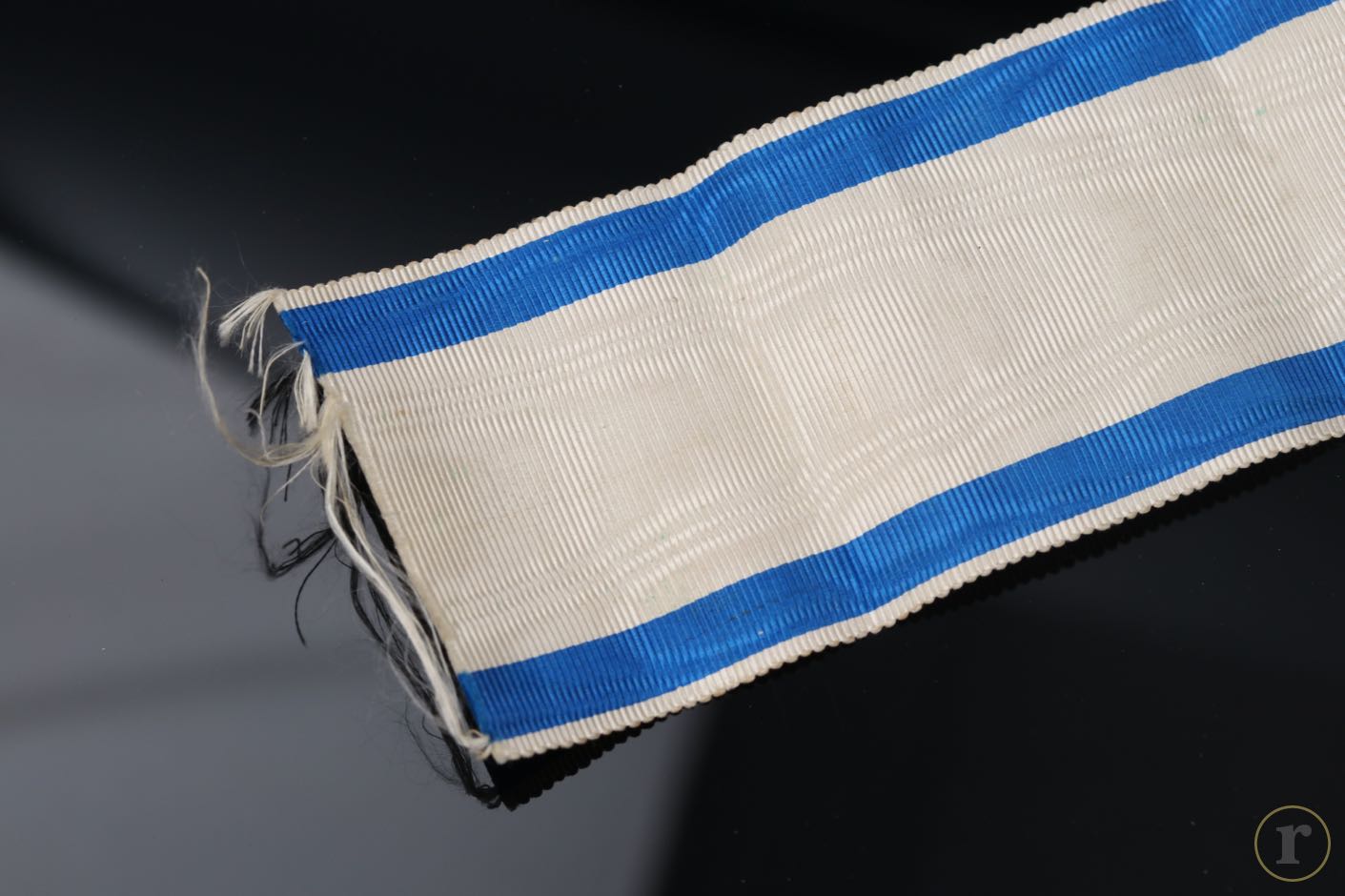