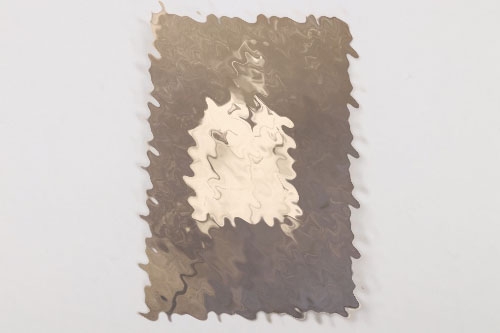 Für diesen Artikel ist leider keine deutsche Beschreibung verfügbar. Klicken Sie hier, um die Beschreibung übersetzen zu lassen.
Erich von dem Bach-Zelewski (1899 - 1972) was a high-ranking Waffen-SS commander in the rank of SS-Obergruppenführer, General der Waffen SS, General der Polizei. He was the SS and Police Leader for Silesia, the Higher SS and Police Leader for Army Group Center and was awarded the Knights Cross of the Iron Cross. He is infamous for leading the brutal suppression of the Warsaw Uprising in 1944. Von dem Bach-Zelewski was also in charge of the anti partisan campaigns (Bandenbekämpfung) in occupied Europe during WWII. Despite his responsibility for numerous war crimes and crimes against humanity, von dem Bach-Zelewski did not stand trial in Nuremberg, and instead was used as a witness for the prosecution. He was later convicted for politically motivated murders during the Night of the Long Knives in June 1934 and died in prison in 1972.
All photos to von dem Bach-Zelewski listed in this auction came straight from his daughter in January 2018. It was now consigned for auction by the collector who purchased his grouping from his daughter. All items are available for the first time on the market.
Photo in white summer uniform. 1942 dated. 9cm x 13cm. Good condition. Agfa-Brovira paper.