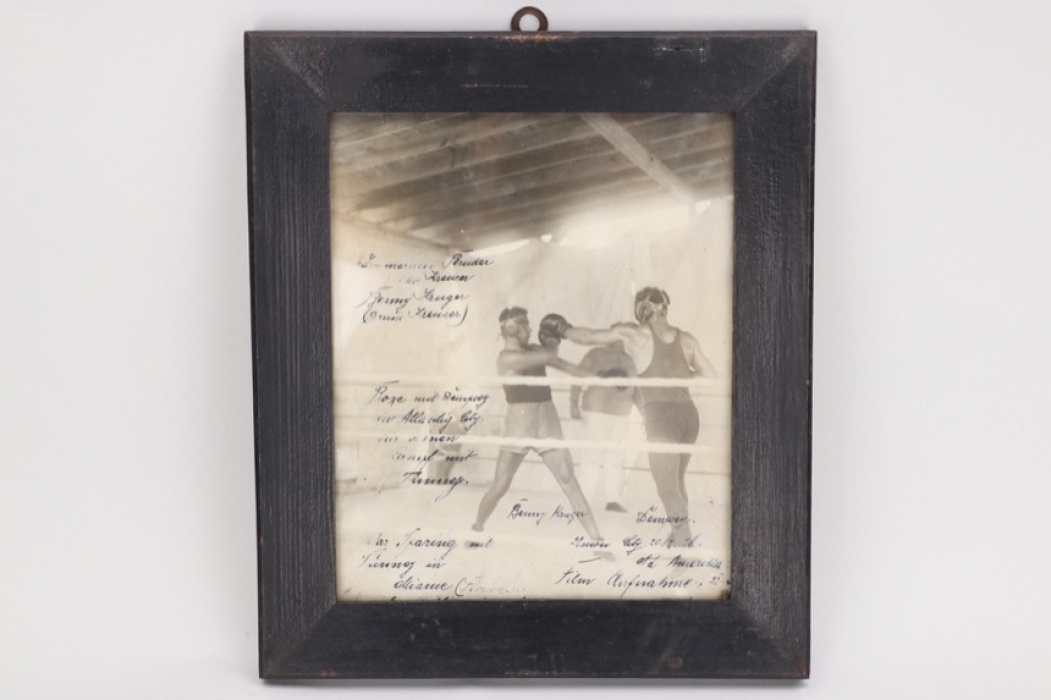 Large framed photograph, photo-print from a film, of Jack Dempsey and Bennie Krüger. Krüger was Dempsey's sparring partner while training for the fight with Tunney (1926 & 1927).

Both the frame and the picture are in a good with signs of age and use. 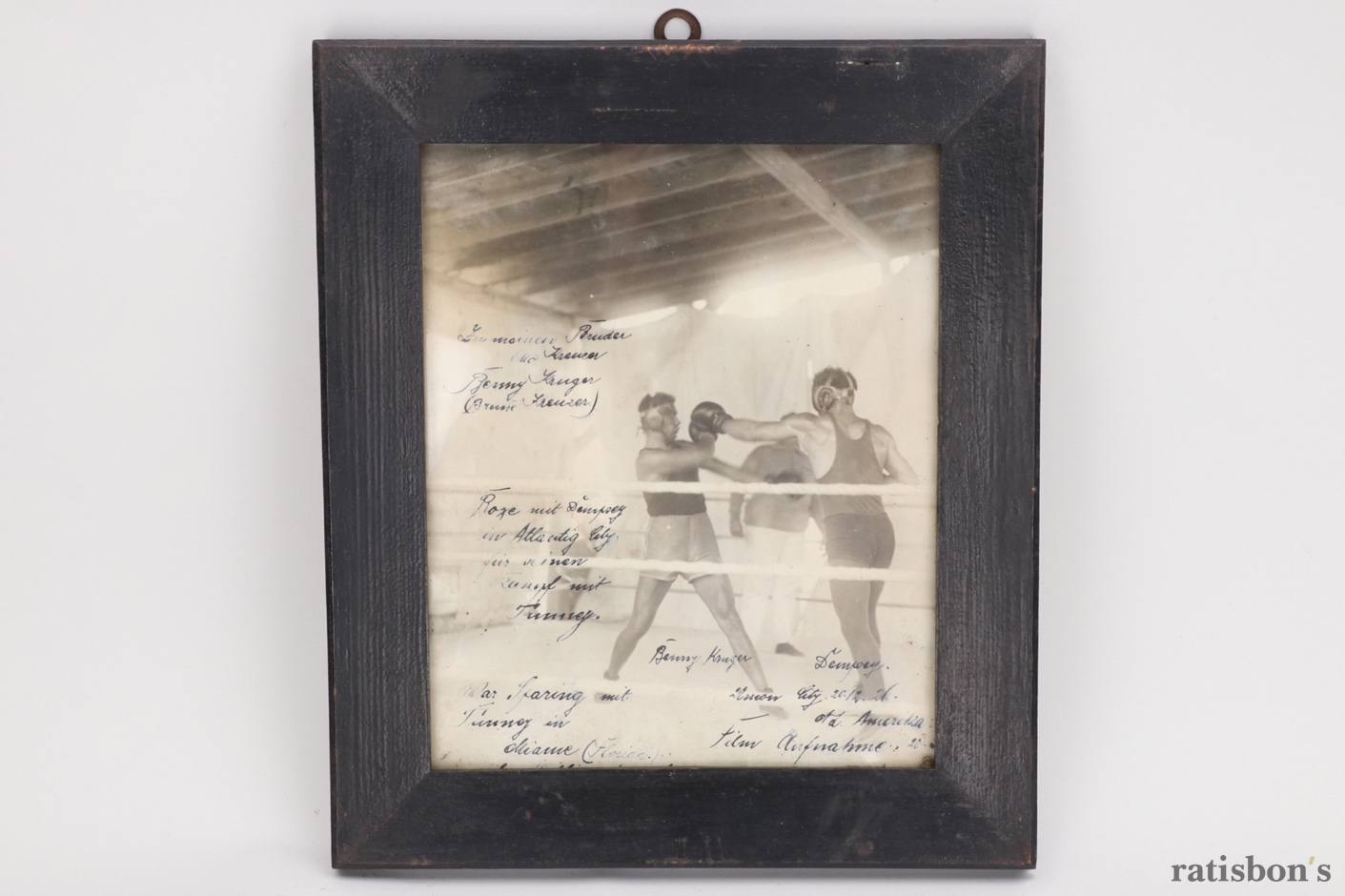 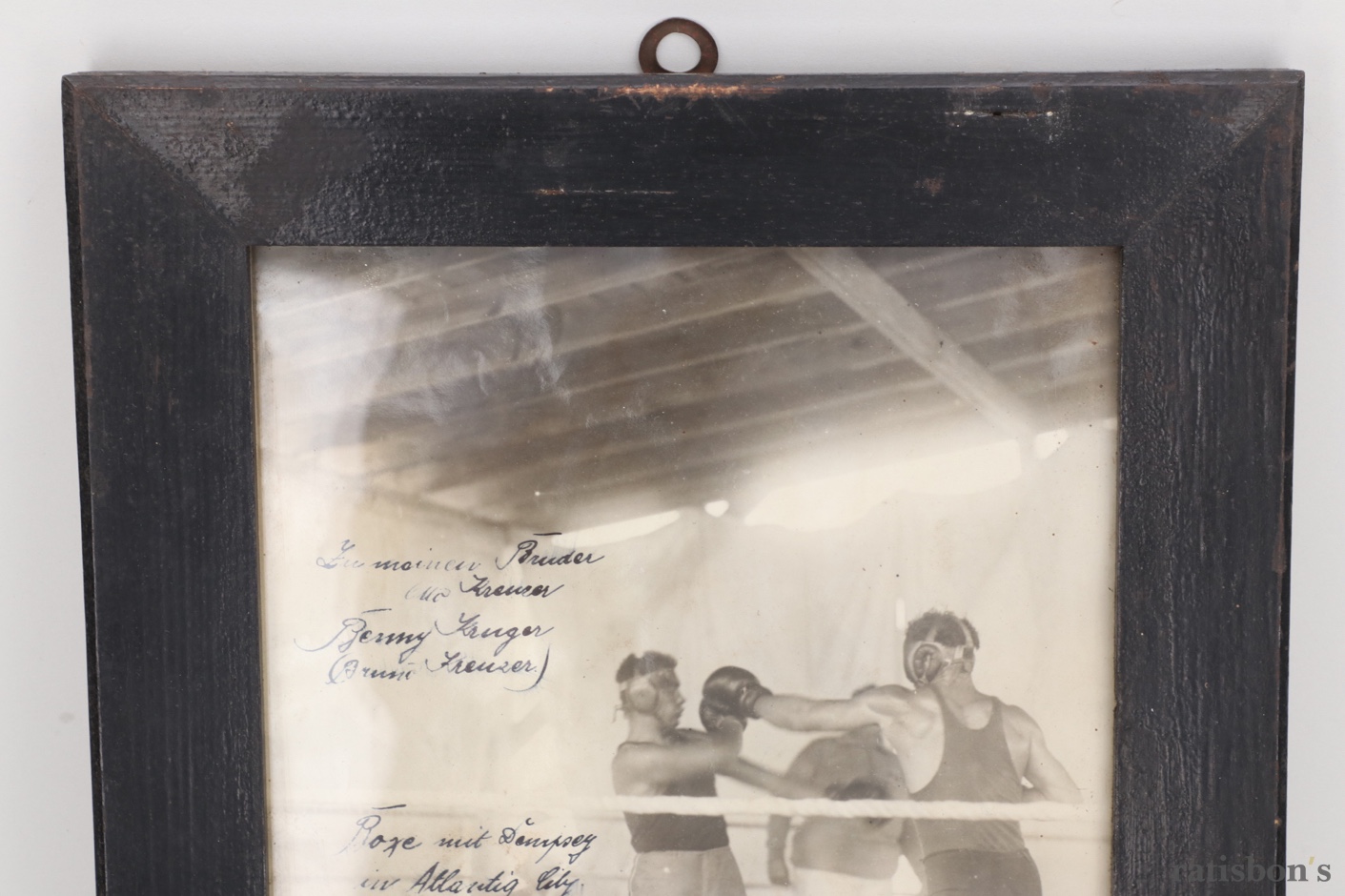 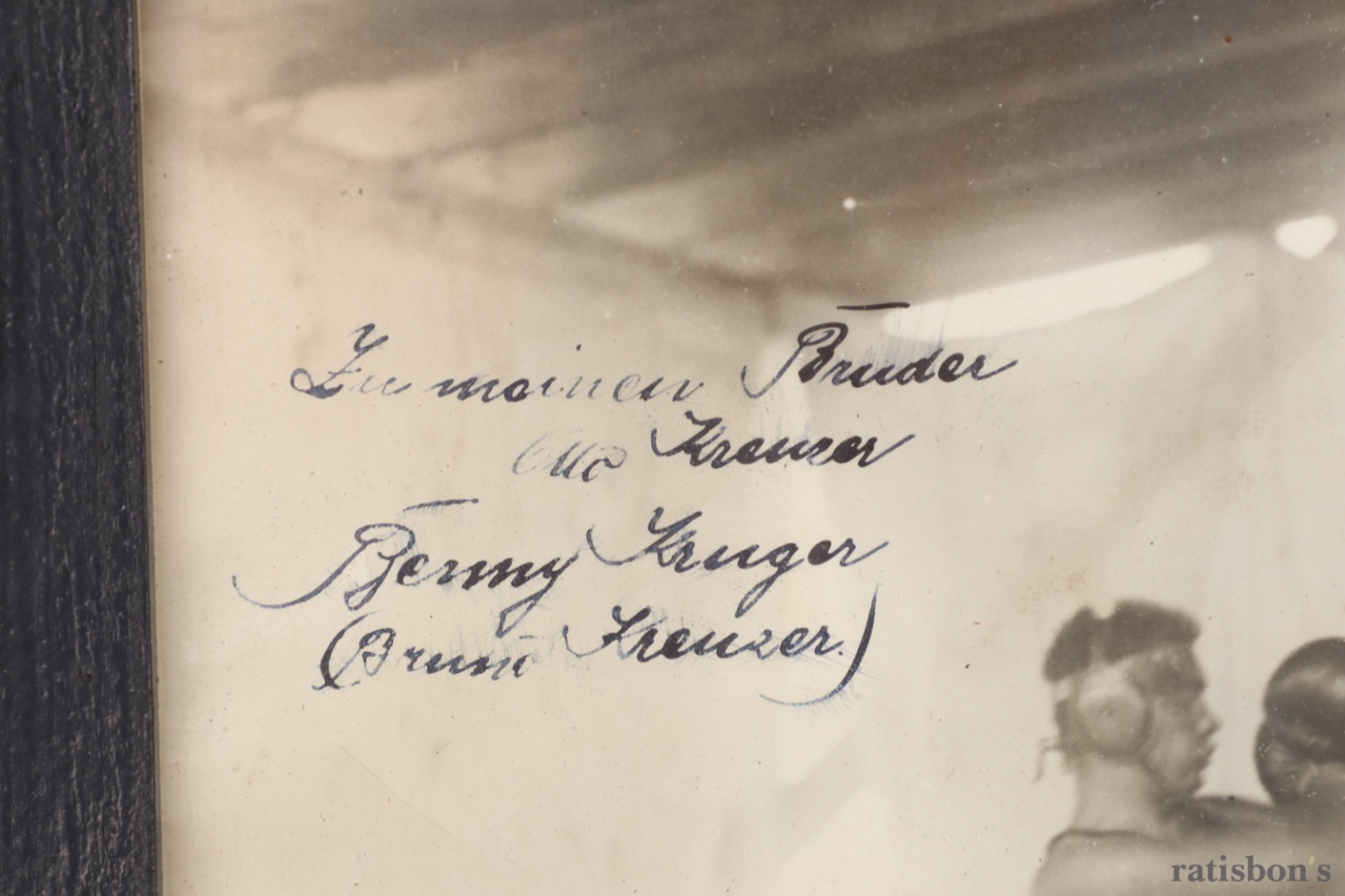 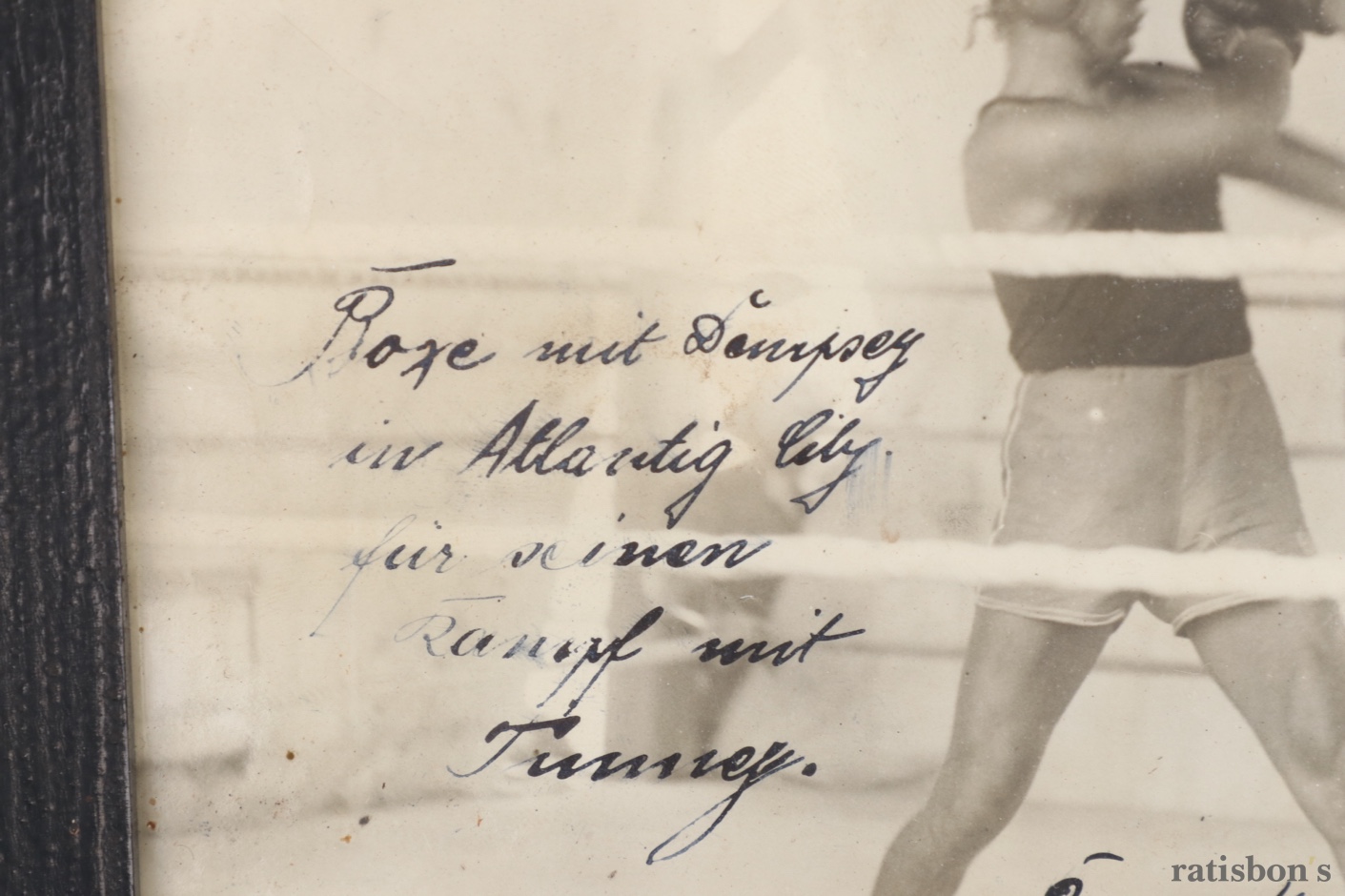 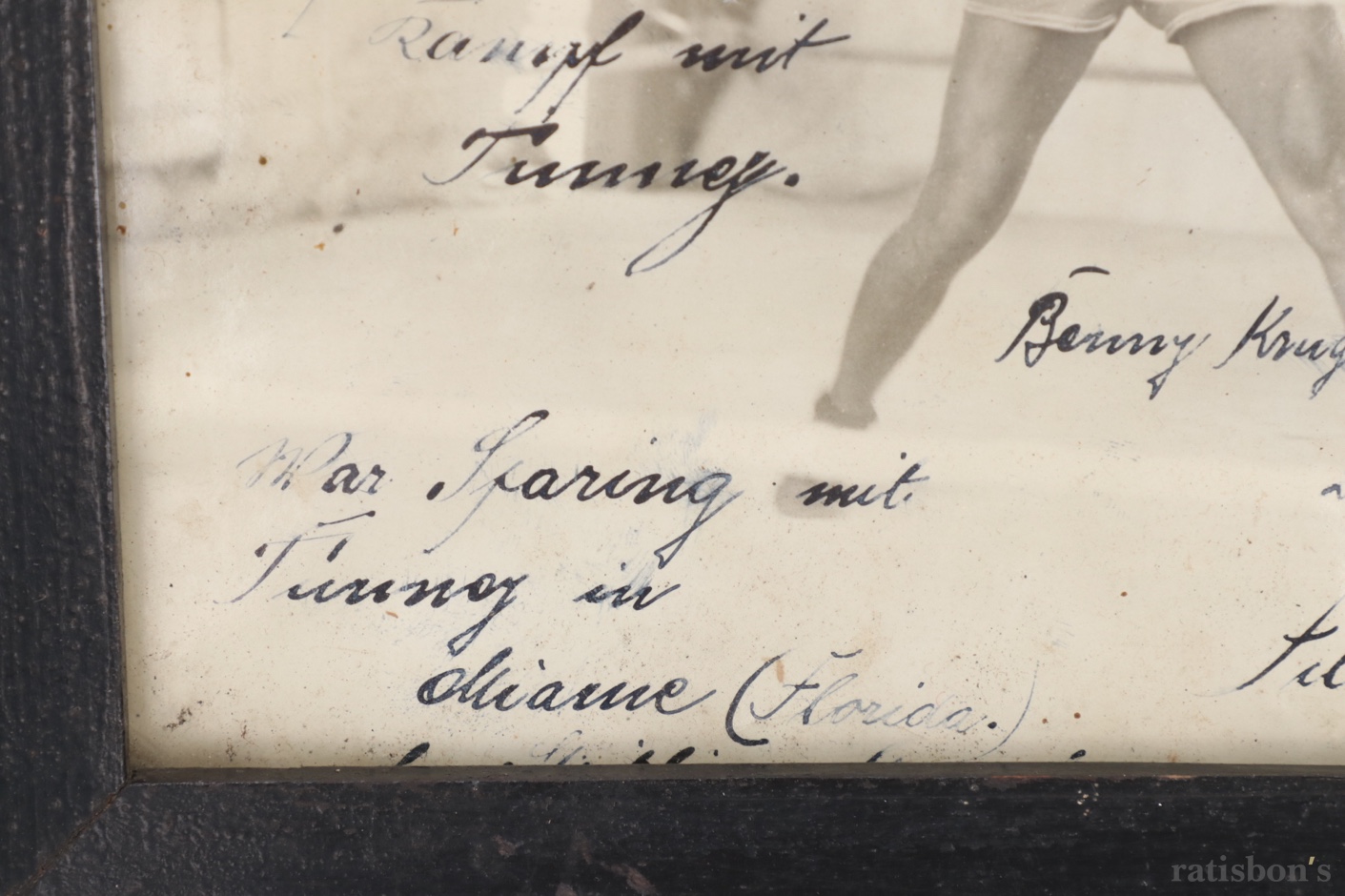 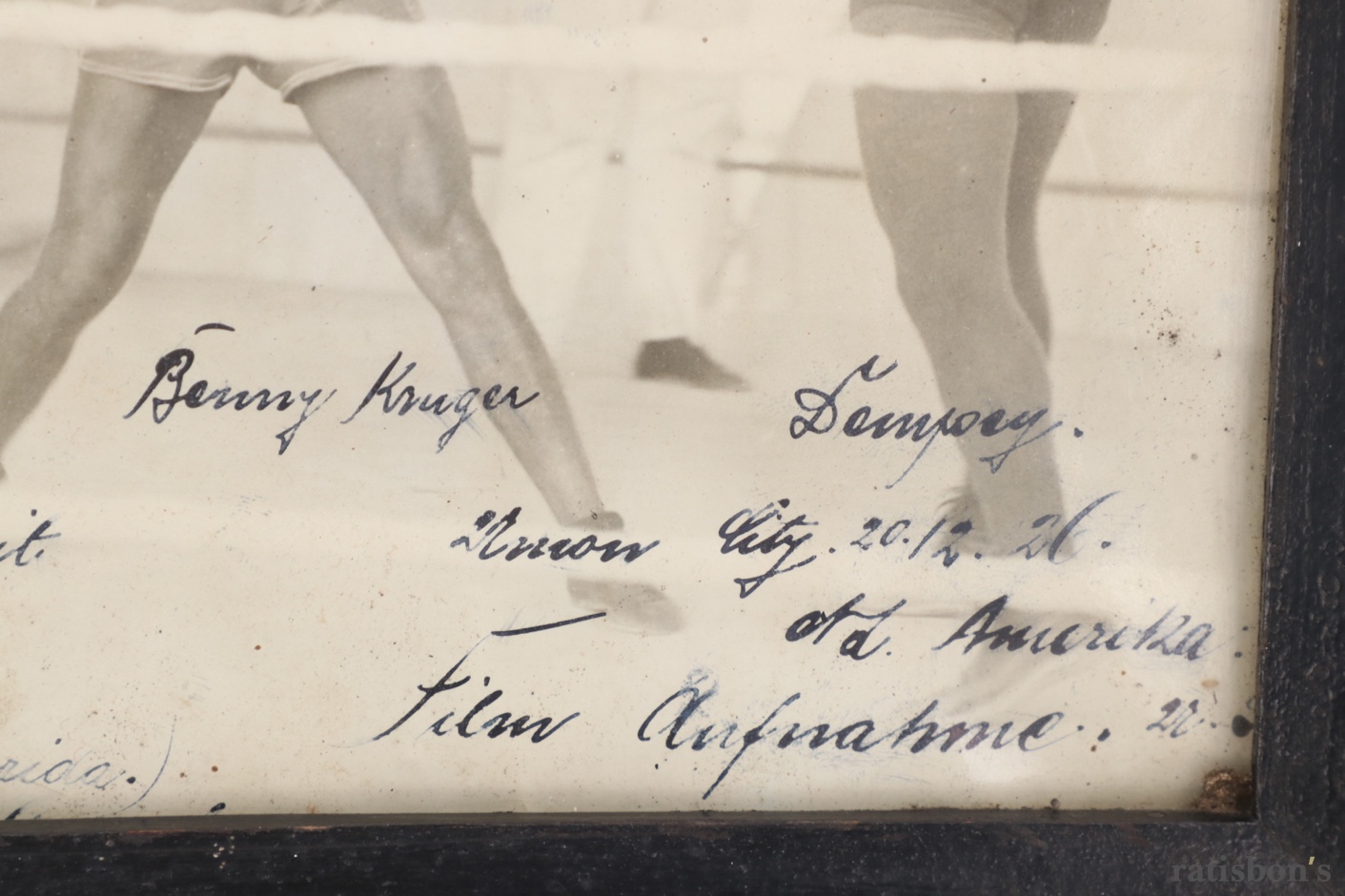 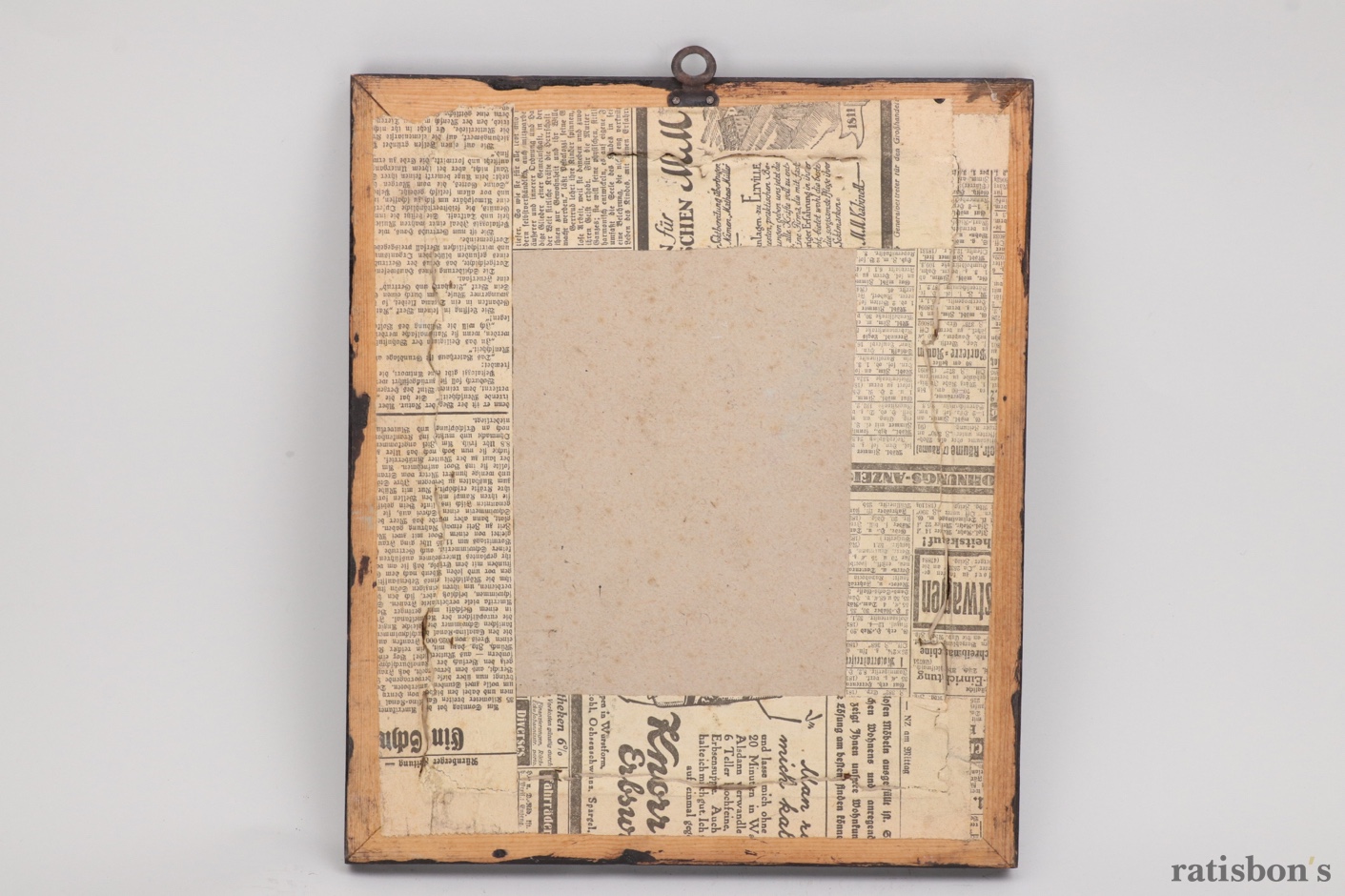